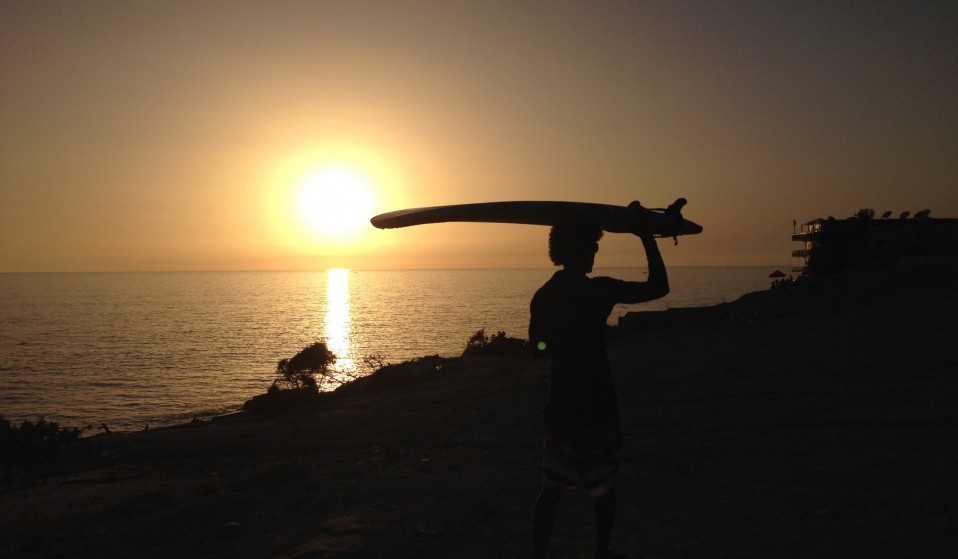 Tagazhout has long been a surfers’s mecca. Shiraz Ksaiba explains how she co-founded Amayour Surf, a boutique hostel and surf school, to help build a sustainable local surf community.

Tagazhout has long been a surfers’s mecca. Shiraz Ksaiba explains how she co-founded Amayour Surf, a boutique hostel and surf school, to help build a sustainable local surf community.

The glittering Moroccan coastline has long been a draw for surfers and artists, attracting figures like William S. Burroughs and Jimi Hendrix to watch the waves breaking against the North African shore. To get a feel for the area, check out Thomas Campbell’s brilliant book of art and photography Seeing Fatima’s Eyes, which captures the beauty of surf culture up and down the coastline. But for surfers, Taghazout is the jewel in the crown.

Shiraz Ksaiba, a director, DoP and photographer from London, first visited Taghazout in 2010 and her imagination ran wild. After much hard work, this year she opened Amayour Surf, a boutique hostel and surf school, with her Moroccan boyfriend Mhand.

Tourism’s benefits often fail to trickle down to local people, but Shiraz founded Amayour with social sustainability at its heart. To empower local people to make a living through surfing, Amayour’s guests contribute towards training the next generation of Moroccan surf teachers.

How and why did you start Amayour Surf?
I first came to Morocco in 2010 after getting in to surfing the year before. I had my son (who’s now 19) when I was really young, so this was the first trip I had taken without any mates or my kids, and I loved it. The vibe of Taghazout was great and I stayed in a really fun place.

I didn’t come back until December 2010, this time with my kids, Dylan, 19 and Matilda, 6,  and we stayed for just shy of a month. I met my boyfriend Mhand, we really got it together and spoke about both wanting to run something like a surf camp. Flash forward to 2015 and after taking many trips to be with him, we decided to go for it this summer, so I started working on the back end of things in London.

Mhand is a local surf teacher and had worked for surf camps before, but in Morocco the wages are low and the chances to travel outside of the country are limited, unless you work for yourself.

Starting something like this requires a lot more than saving up a couple of grand – which is really hard to do in London. One of the hardest parts was telling my parents and Matilda’s dad that I wanted to take my six year old daughter to go and live in another country. They were shocked, to say the least. 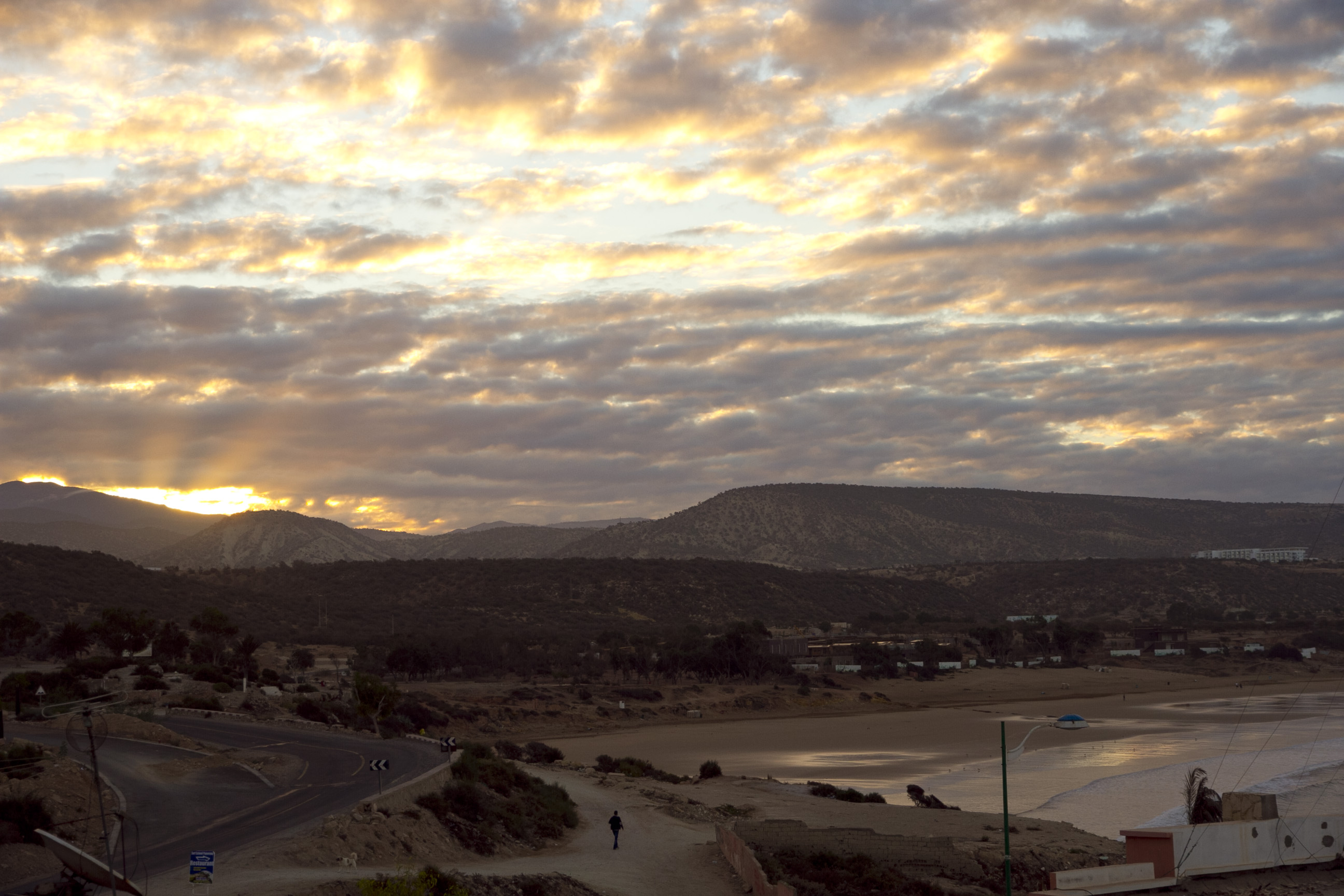 Is it a good time to strike it alone?
I was freelance before so have worked for myself, I like making my own hours. When I met Mhand, it was the right person and right time – we both had wanted to do the same thing for many years. After looking for film work in London and constantly getting knocked down on rates, the thought of suffering through another cold winter and being apart made it feel like a perfect time.

Doing something like this has been my dream, ever since the Tories slashed the arts budget and I was made redundant. Mhand has been working in and around surf camps for years, so he knows how to make it work and he’s always dreamed about running his own.

What were you doing beforehand?
Mhand was working for other surf camps around Taghazout and I was a DoP in London. 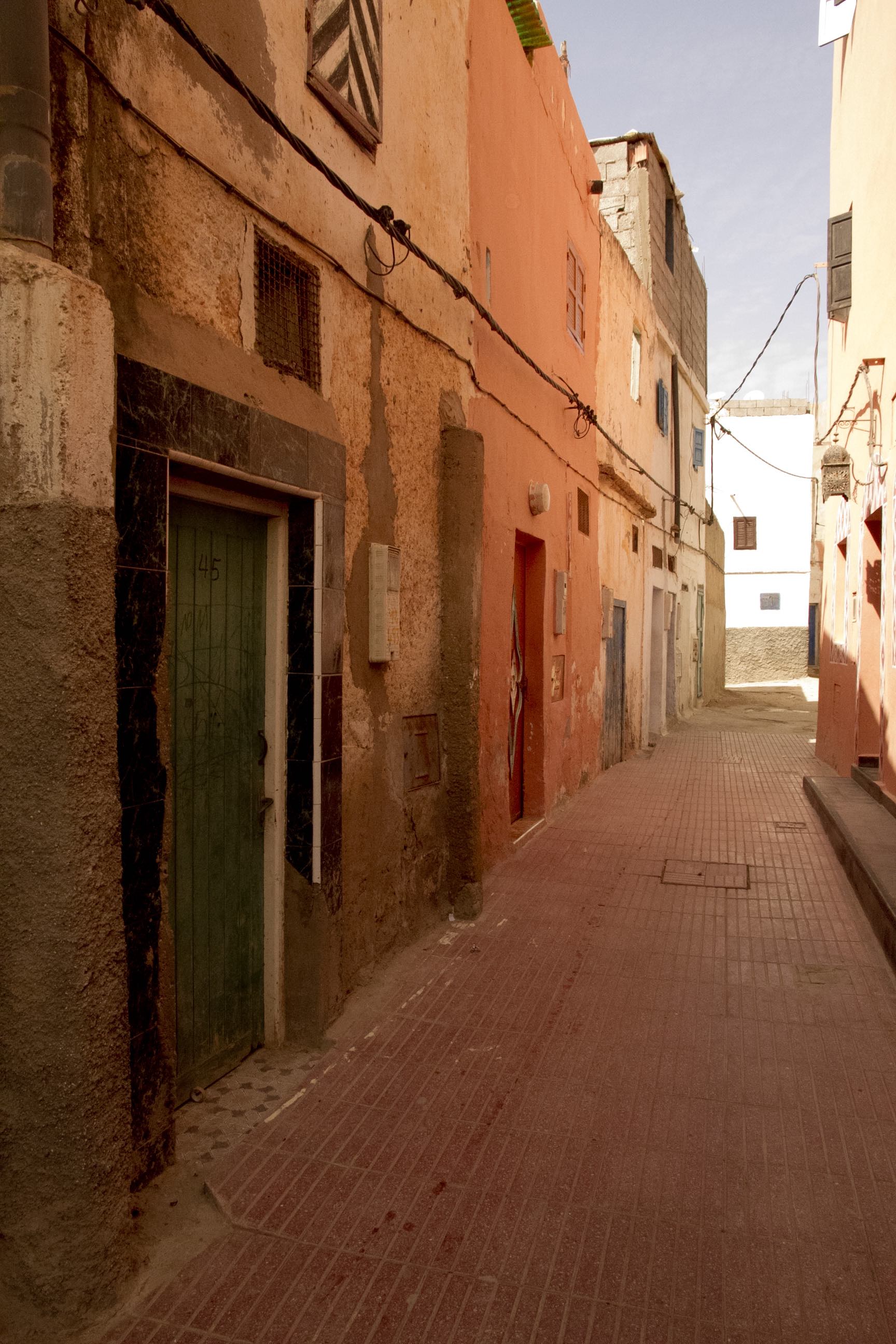 What challenges have you faced?
Working in another language and culture… not having enough money. Realising what I want and what’s realistic (at least in the short term) are different, but trying to keep the end goal of what we want our sites to become. Also, the challenge of taking my six-year-old daughter out of school and everything that she knows into a different country and culture.

Who or what do you take inspiration from?
For Mhand, it’s being immersed in surf culture, living on the beach for all his life and his friends in Tagazhout who have started their own businesses. For me, it’s the places I have travelled to over the years. All the artists, filmmakers, creatives and other people who push their boundaries, who I am lucky to have worked with in the arts in London for the past 15 years. 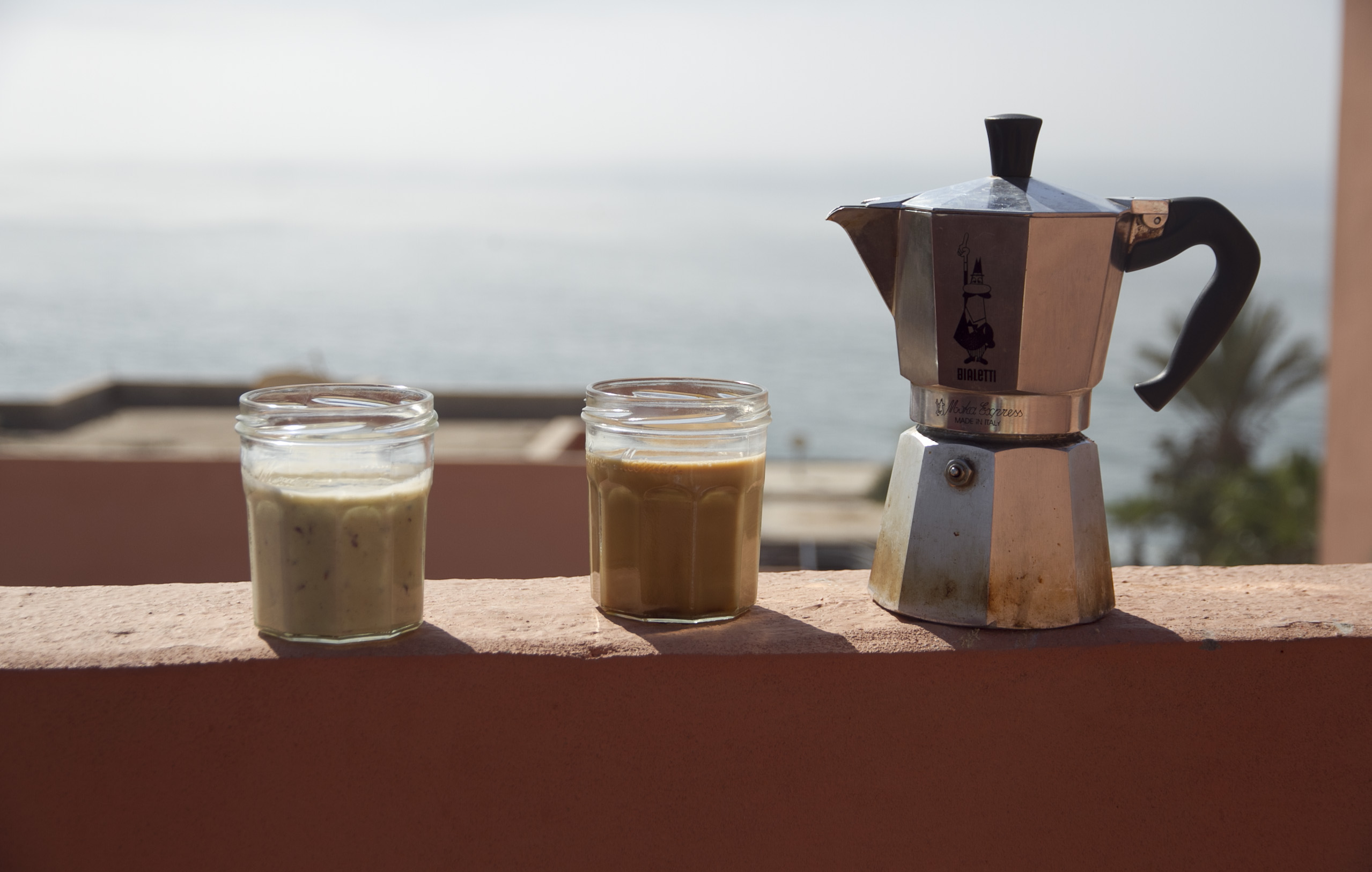 Are there any indie brands out there that you think are doing great things?
Again, I would have to say that the filmmakers and artists (in the broadest sense of the word) I have worked with and got to know over the years. People who work really hard to get their stories and work into either film, writing or visual arts. Putting yourself out there to make insightful work takes integrity to do right. I know I’m slightly dodging the question, but to be a creative these days, whether you’re a circus performer or a director, you have to create your own brand – and those personal efforts are the ones that really inspire me.

What does independence mean to you?
It gives us the chance to do things our own way and build something that’s not your average surf house. I wanted something beautiful and a home for us all as well. We wanted to create something that gives back to the local community, because a lot of tourism, including surf tourism, doesn’t do much for local people.

We have a social sustainability policy which helps fund surfers in the area get the ISA qualification, which is a big step for surf teachers, but usually out of their reach as it costs €1000. So far, everyone who has booked online has contributed towards the fund to train a new generation of Moroccan surf teachers, which I’m really happy about. 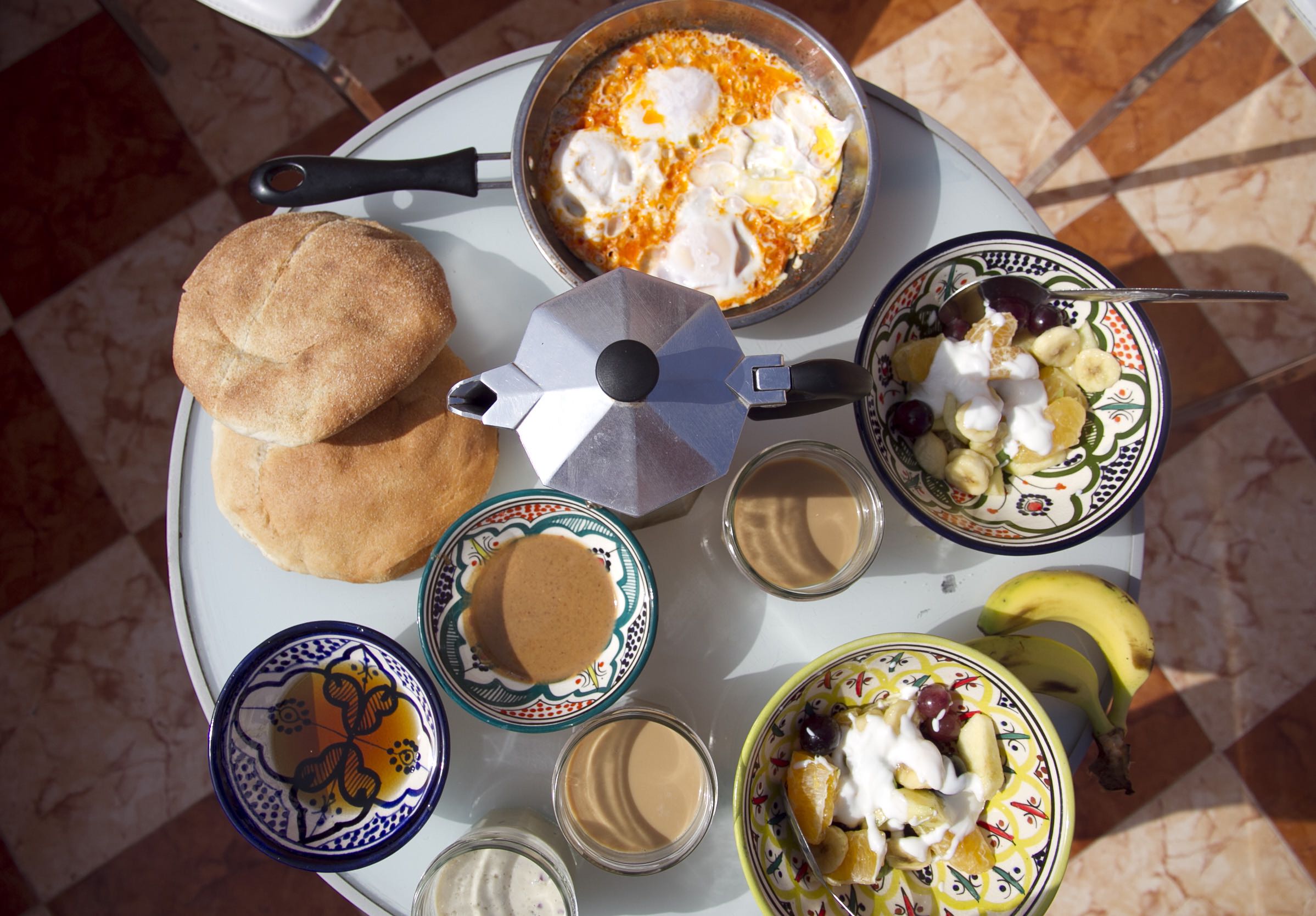 What’s the single greatest lesson you’ve learned from setting up your own business?
With everything I do, I always try to surround myself with the best people. Building your own thing is fun but a lot of work and long hours! Little by little we will get there.

What are your ambitions for the future of Amayour Surf?
That it will give us and our family the life that we all want to live – and allow us to share that with others.

Find out more about Amayour Surf.

Linkedin
RELATED ARTICLES
OTHER ARTICLES
Photographer Bud Glick recounts documenting everyday life in the area, and what it taught him about the Chinese immigrant experience.
As the Criminal Bar Association enters its fifth week of action, criminal barrister Russel Fraser explains why the legal professionals have walked out and how action is likely to escalate.
Students are being left to languish in unsafe housing, in some cases leading to serious health complications.
From the chip shops, to the bingo parlors and burlesque dancers, photographer Mike Coles remembers capturing scenes of holidaymakers by the English coast.
A series of photos by the late Jerry Dantzic taken in 1957 show a tender side to the iconic Jazz musician.
Protestors gathered outside Downing Street following the latest atrocities committed by Israel against Palestinians living in the besieged strip.