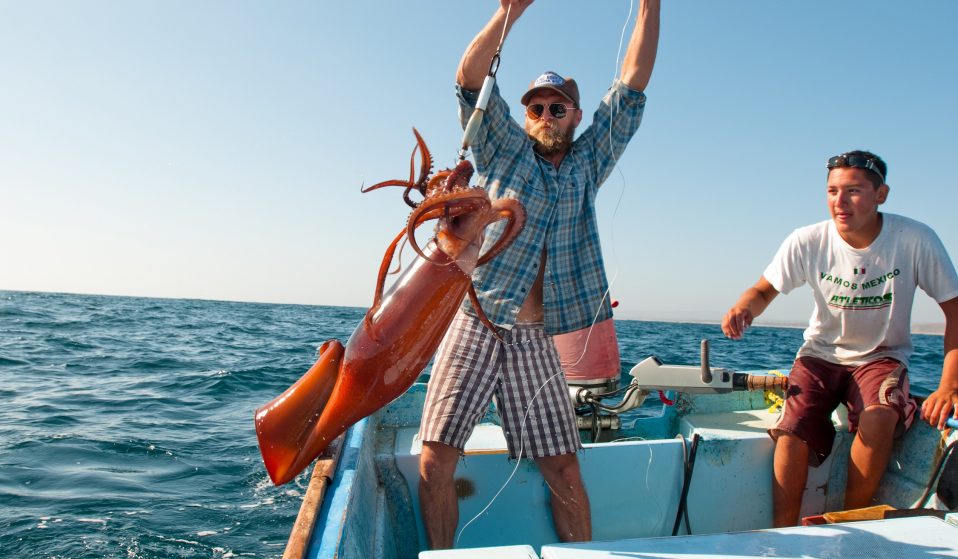 The Patagonia ambassador founded Worn Wear alongside his wife Lauren, an initiative that celebrates the stories we wear and keeps gear in action longer through repair and reuse.

The Patagonia ambassador founded Worn Wear alongside his wife Lauren, an initiative that celebrates the stories we wear and keeps gear in action longer through repair and reuse.

The high street retail world is currently being forced through great change as the impact of online commerce’s purchasing power becomes reality. Leading heritage names are on the backfoot, and the word “sale” seems to have taken on a 24/7 handle.

Amongst all this tension is Patagonia, a brand loved by the young and old alike, with a steady production line of core pieces with mostly safe graphics and colours. Its commitment to core ethical values stands them in good stead to lead us into the next generation of increasingly global circular economic values. Buying products that last, minimising their production impact, and offering ways to increase their lifespan are the challenges of our consumer generation.

Lauren and Keith Malloy are living proof of these values. A famous surname amongst surfing and outdoor pursuits, the pair have been synonymous with Patagonia, and Huck spent a magical time with them back in 2009 as they continued their arc of exploration and creativity. They continue to help define Patagonia’s surfing product line; the most recent being wetsuits that are Fair Trade certified, neoprene-free and largely sustainable. The materials and production facilities are also fully available to other brands through Patagonia’s groundwork with the largest wetsuit manufacturer globally SHEICO, now also Fair Trade as a result. 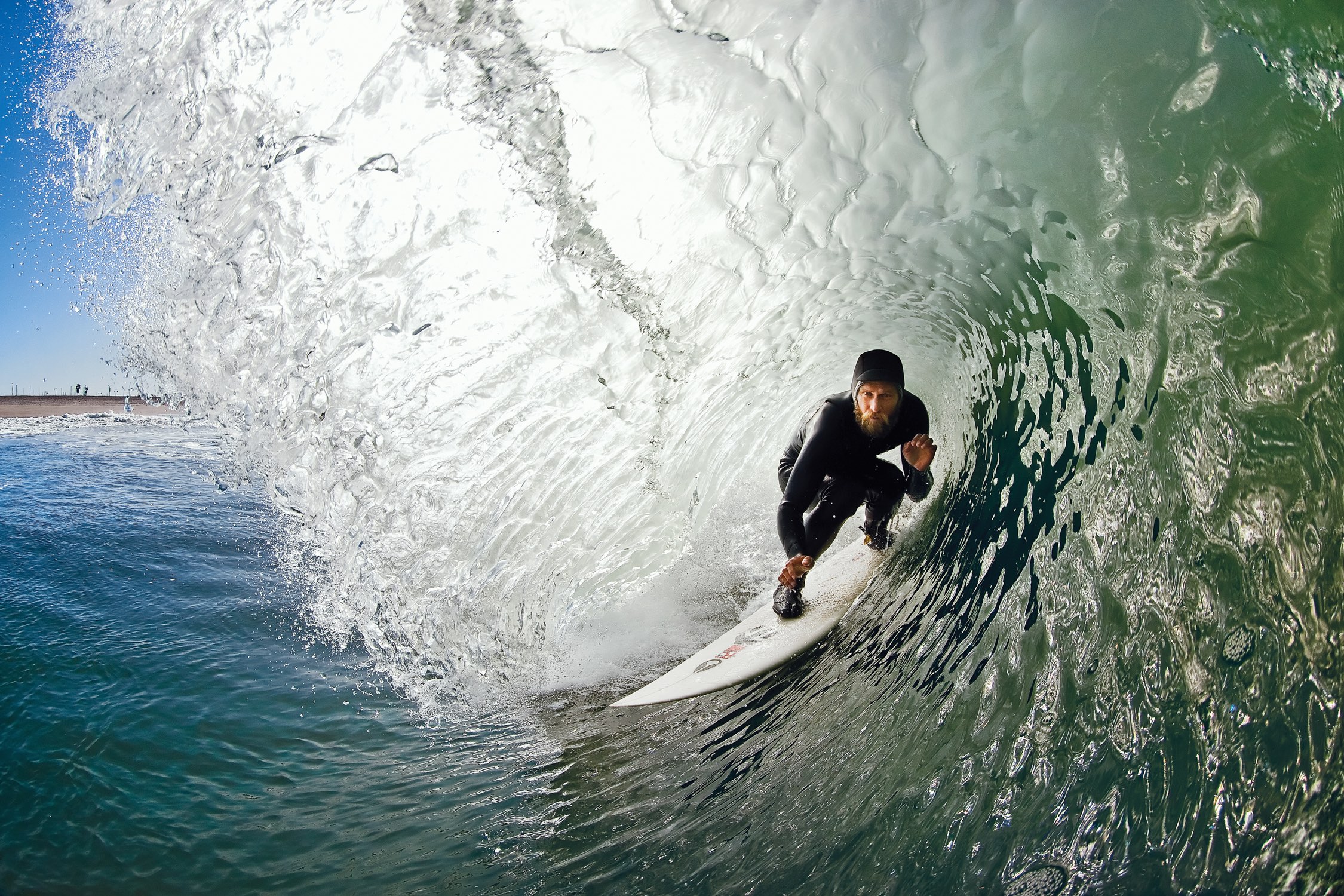 Making products last goes hand-in-hand with bringing up a family. Hand-me-downs are the lifeblood of sisters and brothers – parents making things last and eschewing the need to buy something new unless absolutely necessary. It is no surprise that Lauren and Keith stumbled upon the Worn Wear origin in the throes of early family life, Lauren coining the term in a random conversation about a hand-me-down piece of clothing with her name on the label.

Keith is realistic about the gap between the ideal and the reality of humanity’s increasingly urban drift. “I call it a hobby,” he says. “Definitely living off the land is something that we do and it’s something that’s really fun. If you can afford to do it, it’s a really great thing for the family and kids. Even if it’s four chickens in your backyard it’s a rewarding thing to be doing. It’s all about what your situation is and what you can pull off.”

While Keith’s focus was on surfing early on, culminating in a career as a free surfer creating films such as FishPeople, Lauren was studying animal science and working in conservation, then subsequently more on the film production side. They both grew up in rural farming situations and as such both were keen to raise their children in the same way.

“It’s my passion to have animals: we’ve got four horses, two cows, five pigs, 20 chickens, four dogs….” Lauren begins, before Keith interjects: “It’s cool because Lauren is an animal lover, but we also raise pigs and cattle for beef and pork.” 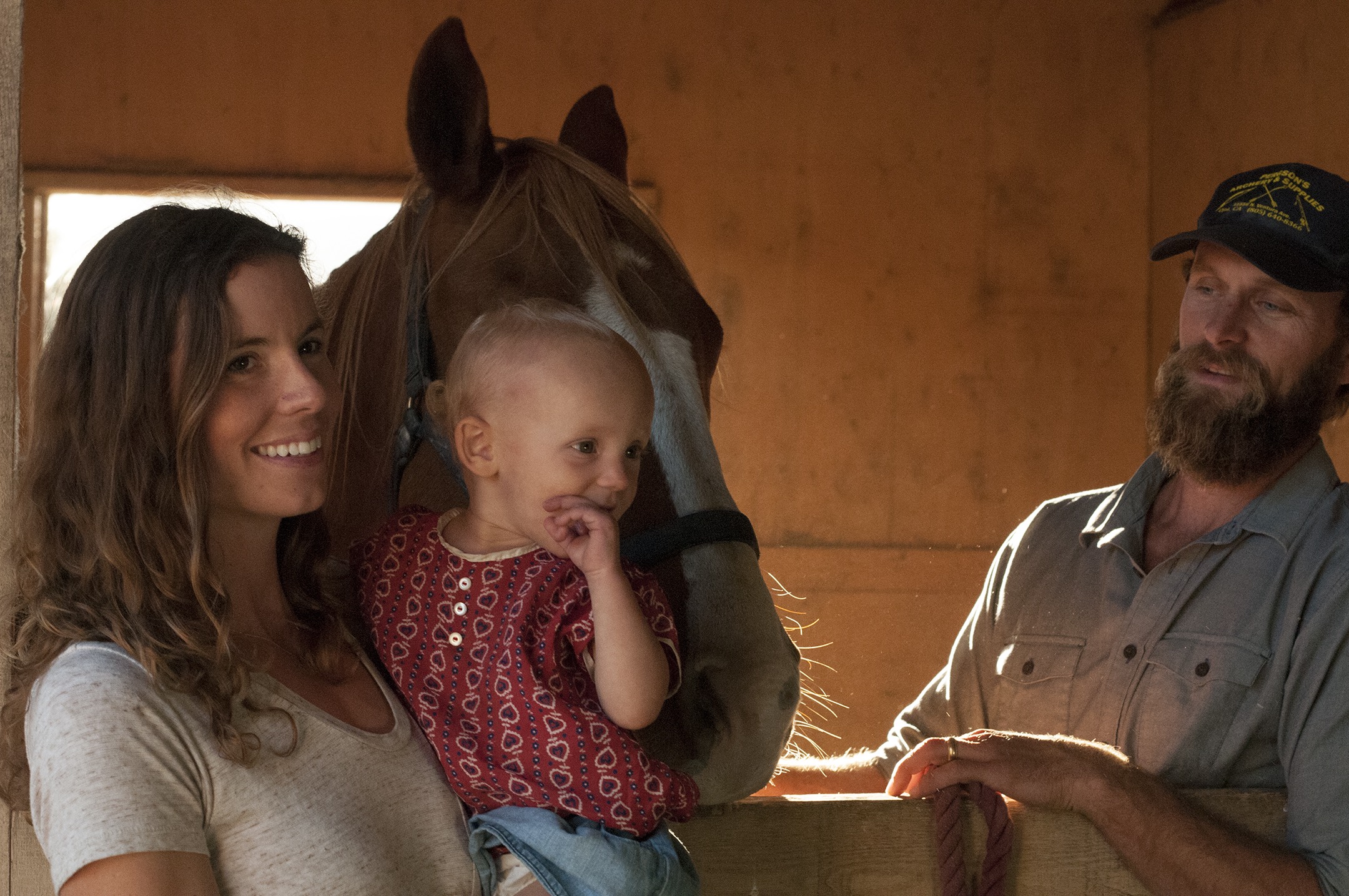 No rigid veganism here, they are most definitely realistic farm dwellers reminiscent of the rural setting we have all descended from, and mostly moved away from, as we chase quasi-urban satisfaction.

The couple continues to finish off each other’s sentences as we define the genesis of the now-Patagonia owned Worn Wear initiative. With Irish roots and about to travel there, they were excited to hear of the Moy Hill farming community; a vision of community-driven sustainable farming started by a group of surfers on the west coast of Ireland. Worn Wear also has the hallmarks of an organic process started from small beginnings and now resonating on a much broader level.

“It’s turned into a beast in all honesty,” Keith says. “There are daily meetings, and we go into Patagonia once every week or two weeks, and we’re able to still do our creative projects on the side.” 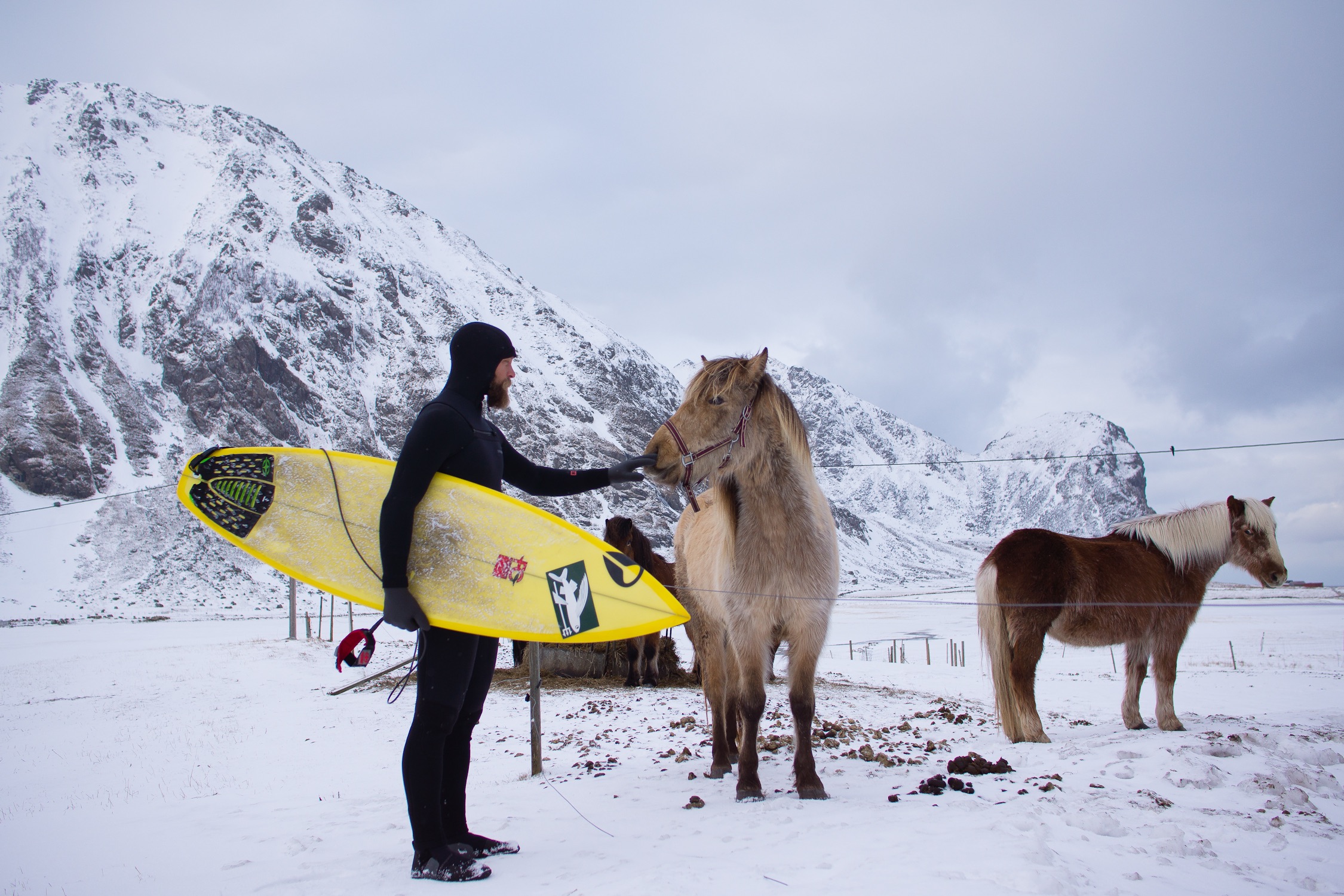 One of those projects is a progression on the Worn Wear theme and Lauren’s own project in partnership with two others also focused on a simpler lifestyle and leaning on traditional knowledge: Women’s Heritage.

“You can make your own bread, keep chickens, make your own medicines,” she explains. “One of us is a cook, the other a herbalist and we started doing workshops all over California. We did cow milking to fermentation to natural dyeing… Self-sufficiency basically. Find a little passion, start doing and start small. The first couple of years was no profit, which was fine, but for all this time and energy we needed to do something concrete.”

The three partners then started a lifestyle store called Heritage Goods and Supply in Carpenteria, CA, aimed at enabling people to support a lifestyle resurrecting life skills and products from days gone by.  Locally-made goods and supporting community are the choices we are all now subscribing to. This has led to a book deal with Rizzoli, so the inbuilt values they have both engendered continues to drive new projects.

The Malloys are lucky: solid family roots and farming heritage have mixed with their creative pursuits to result in the establishment of Worn Wear and now Lauren’s burgeoning business. Following their passions has provided a means for their young family, and a sustainable branch of Patagonia’s business model. 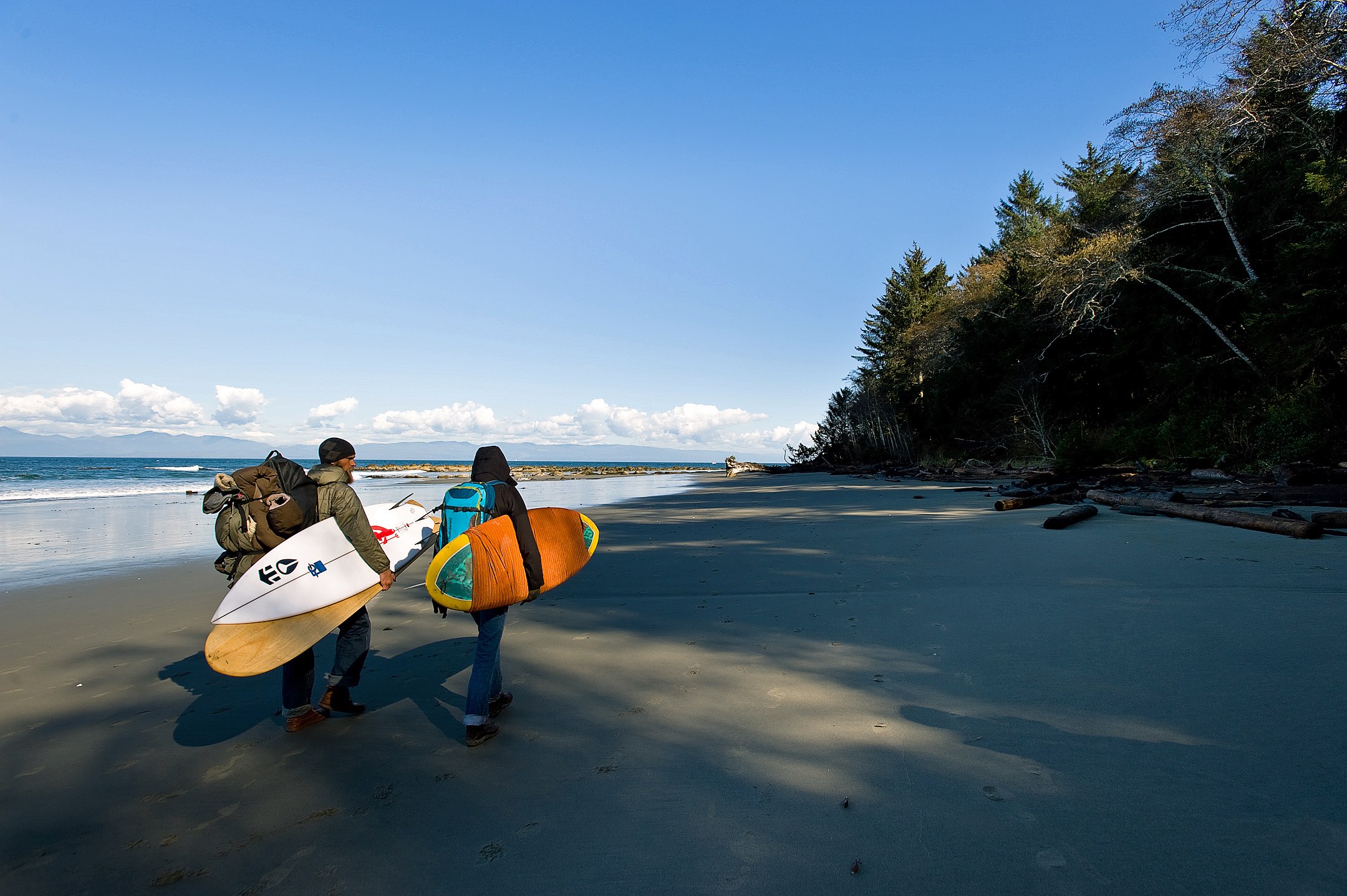 This is the first European Worn Wear Surf Tour. Dates are here.

The team will be making repairs on wetsuits, as well as repairing surf (and other) apparel. All brands are welcome alongside Patagonia.

Linkedin
RELATED ARTICLES
OTHER ARTICLES
Following the release of his latest album God Don’t Make Mistakes, the rapper talks horror villains, police brutality and being unafraid to show his vulnerable side.
Over the weekend, London locals came together to resist a pre-planned police raid targeting delivery drivers.
The author discusses her blistering new novel about history, revolution and queer love.
Photographer Robin Graubard’s debut book offers an unflinching record of turbulence and change across the Balkans.
In our first OFFF Dispatch piece, the Arce Studio founder shares her tips on standing out from the crowd.
Following the release of his newly republished 1991 book, Redheads, the American photographer reflects on his celebration of ginger people and their magnetic power.