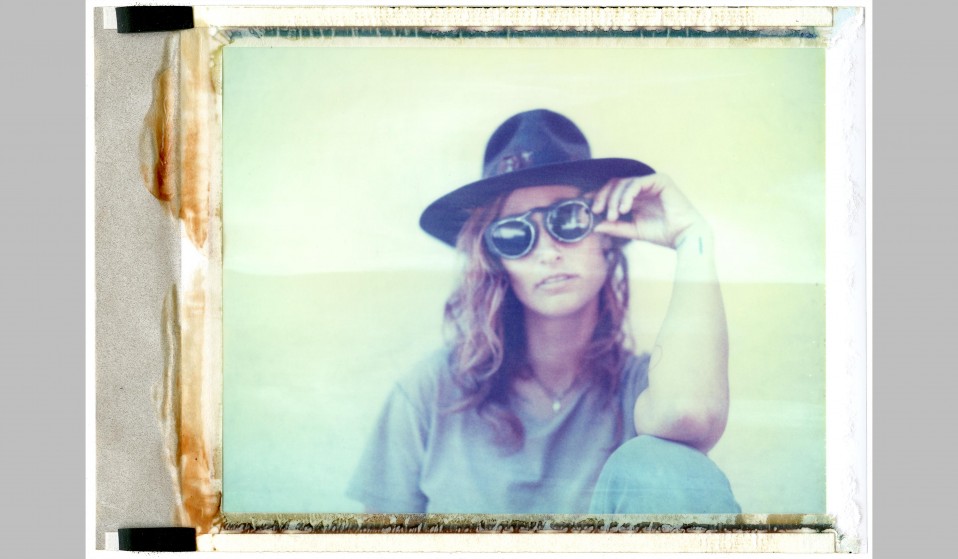 As a surfer, photographer, designer and creative entrepreneur, Kassia Meador had too much to juggle in her life - but watching a California desert sunrise helped everything fall into place.

As a surfer, photographer, designer and creative entrepreneur, Kassia Meador had too much to juggle in her life - but watching a California desert sunrise helped everything fall into place.

“You wake up and you’re like, gee what am I doing?” muses Kassia Meador. “Does anything I’m doing mean anything, you know?” As a pro surfer, artist, designer and photographer, Kassia has way more going on than most to validate her existence – but it’s comforting to know that even she has moments of doubt.

Kassia picked up a longboard for the first time in Malibu, aged fourteen, and quickly established a name for herself by winning her first-ever contest, the Roxy Wahine Classic at San Onofre, California in 1997. Having just turned thirty-three, she can now look back on a glittering surfing career; her effortless cross-stepping and nose-riding have won her respect and admiration as one of the best longboarders, male or female, in the history of the sport. She joined the Roxy squad in 1997, competed in the ASP Women’s World Surfing Championships and has helped to raise the profile of women’s surfing to new heights.

So, what now? “I guess I am at that stage in my life where I wanna keep evolving,” she reflects. “But you’re constantly hitting those blocks with any creative endeavour, I’ve hit them with surfing too. You can get frustrated and find yourself in this weird no-man’s land. The best thing you can do in that kind of situation is to totally get up outta yourself. The desert is kinda my runaway place where I go to really decompress.” 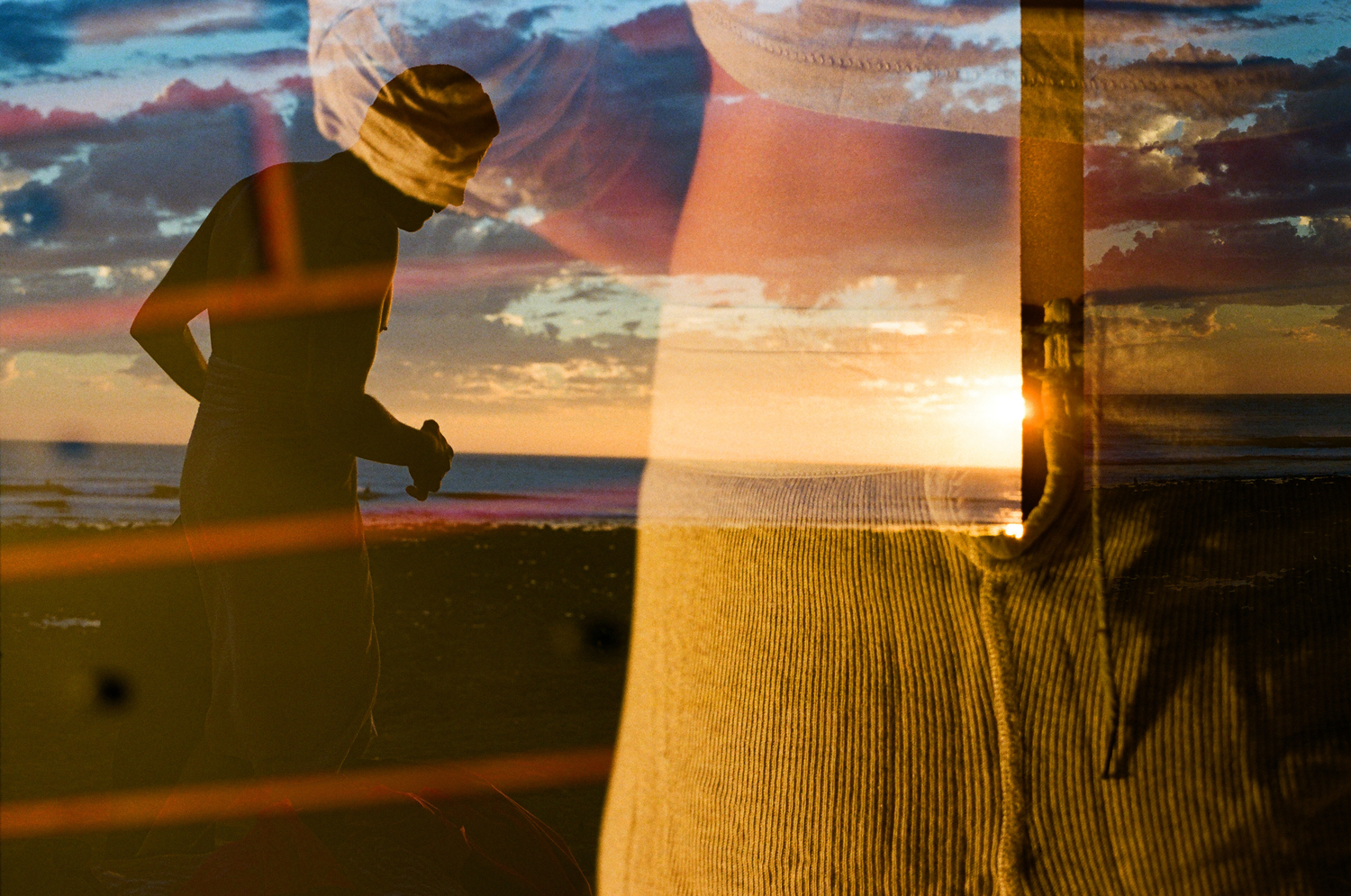 Six or seven years ago, Kassia remembers hitting a big brick wall. Surfing and travelling weren’t fulfilling her anymore and she began to focus more time and attention on her other creative outlets. “I had been riding for Roxy for about twelve years at that time, but I felt like I wasn’t progressing – things started becoming a routine,” she recalls. “The ASP were helping to really grow women’s longboarding and bring it to a global level, which was great, but I was kinda tired of competing. I felt like I should win something even though I didn’t really want to. I was just feeling conflicted and kind of stagnant with surfing. I was shooting photos more and more, and it was giving me something different that was fuelling me, but I felt it was also pulling me away from surfing.” 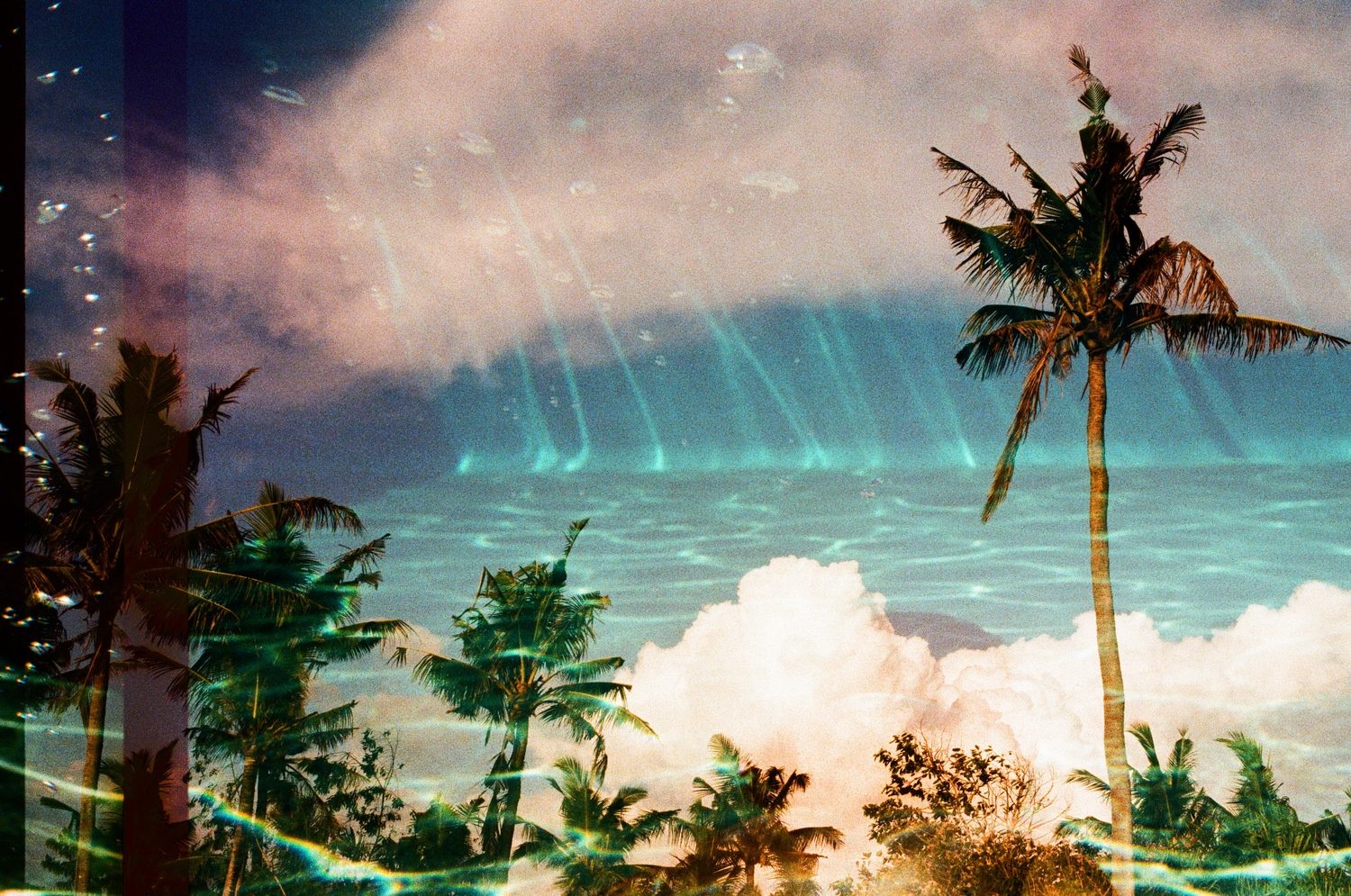 Kassia wrestled with herself but one pivotal trip to the desert helped it all make sense. It was New Year’s Eve and she was with her brother and her two best friends at a house party in Oceanside, California. After just drinking coffee all night, at four AM she persuaded them to jump in the car and drove them out into the desert. They hiked their way past wind caves to the summit of the tallest peak in sight. “The sun was starting to rise on one side, the moon was setting and we were watching both of them,” she recalls fondly. “I just had that moment when I knew there was so much more out there. It really was a defining moment which put me on the path to where I am today. I will always be a surfer, it’s inspired so much of my life, but that’s when I really started to push all my other inspirations and realised I shouldn’t feel guilty about not surfing all day, every day.” 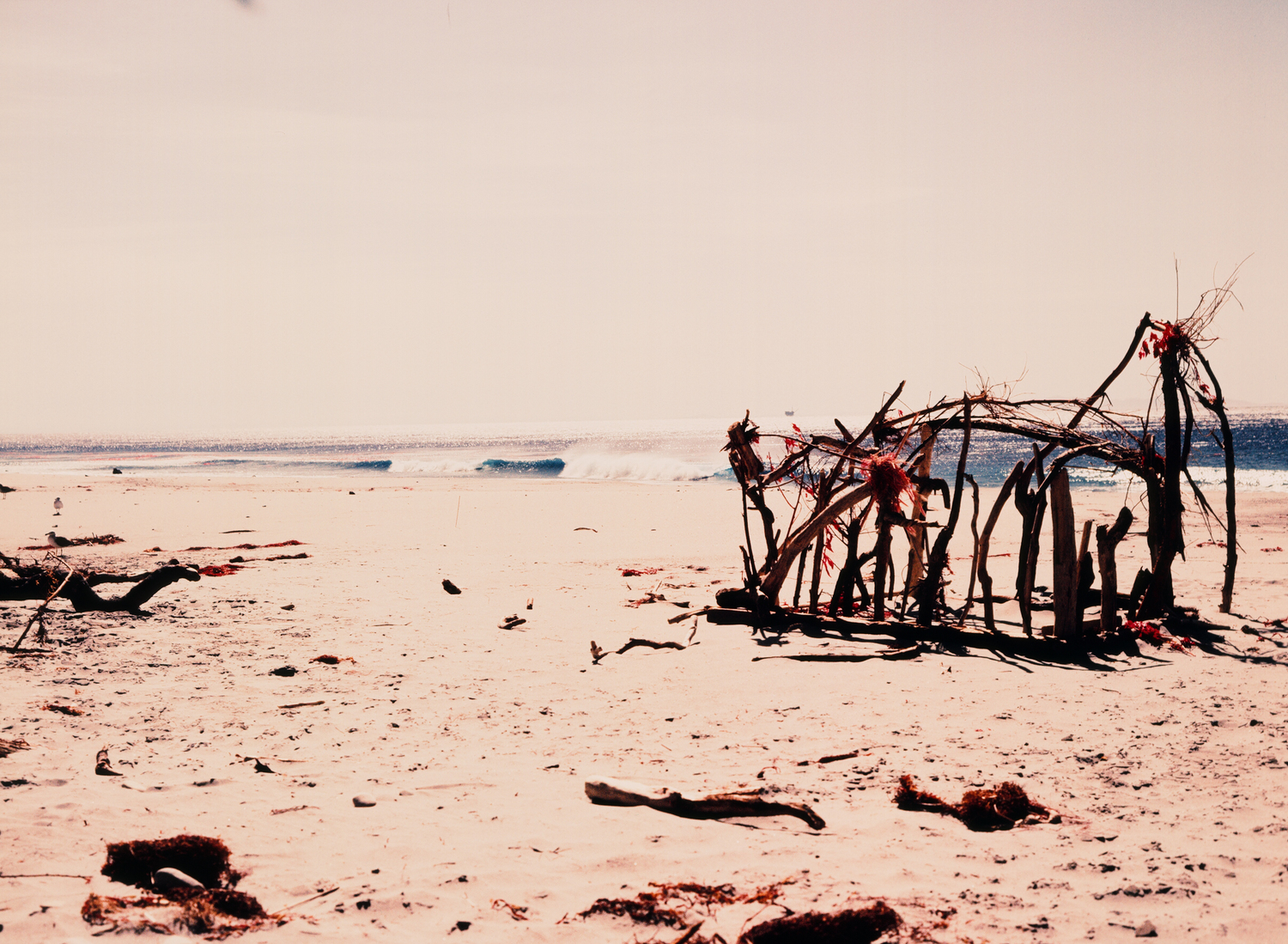 Finding a new sense of balance, Kassia threw herself into designing; first for Roxy, where she produced a bold line of wetsuits, followed by collections for Swatch, Stance Socks and Captain Fin Company. She had long been capturing surf life with analogue cameras and experimenting with cross-processing and different films to give her images a striking sun-bleached, wanderlusty feel, but that moment on the parched desert hillside gave her the confidence to take it to the next level. 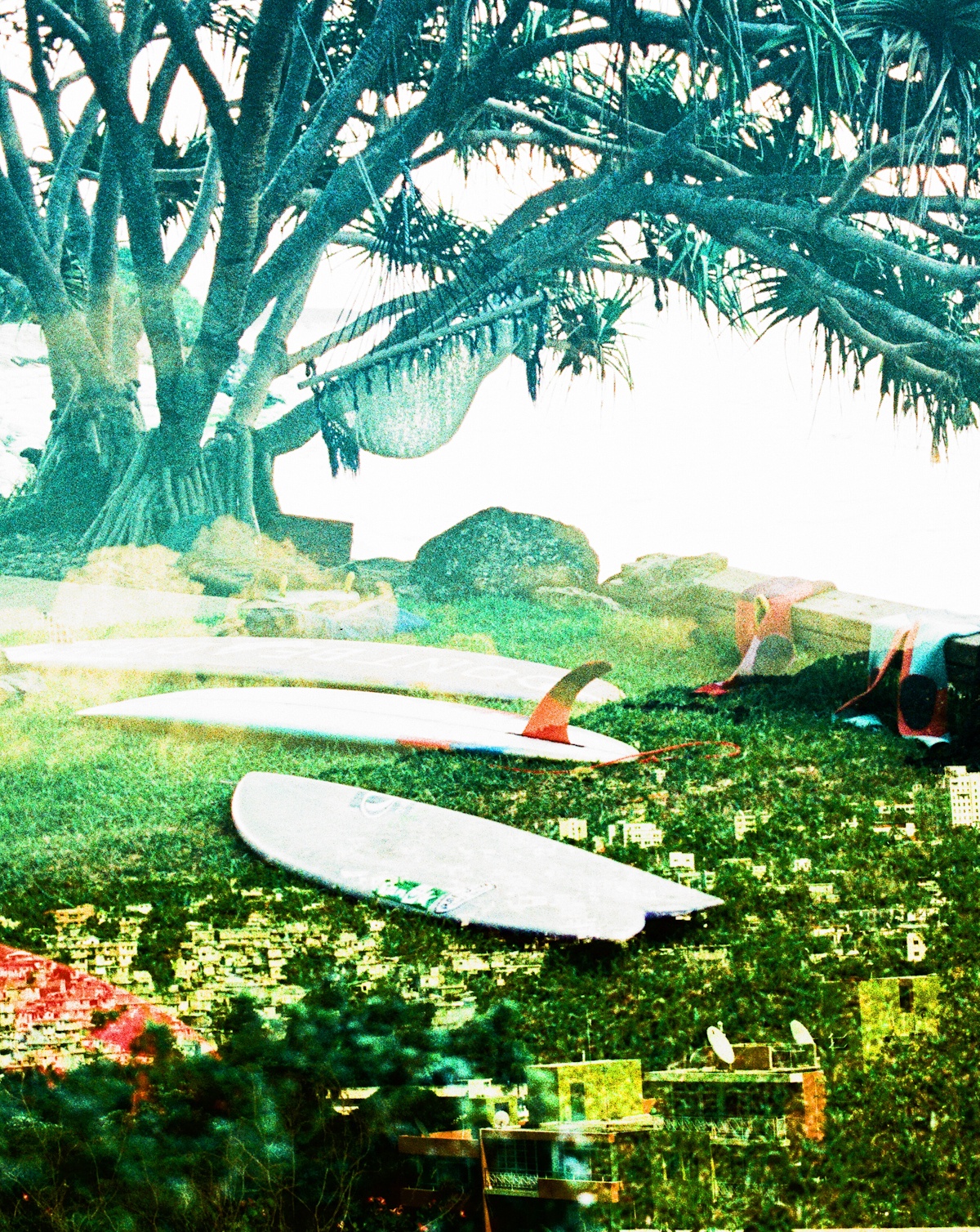 Long-time friend and mentor Thomas Campbell helped get her photos into Japan’s Greenroom Festival and she hooked up with LA photography collective Nouvelle Vague. Continuing to showcase her photos worldwide, she picked up editorial commissions for magazines like Foam,  Monster Children and What Youth, to name but a few. In 2015, she struck out on her own to found the surf-inspired KASSIA brand, focusing on women’s wetsuits and accessories. With full creative control she’s created striking, cutting-edge designs whose distinctive fluorescent tie-dye patterns give them a rad futuro-hippy feel. 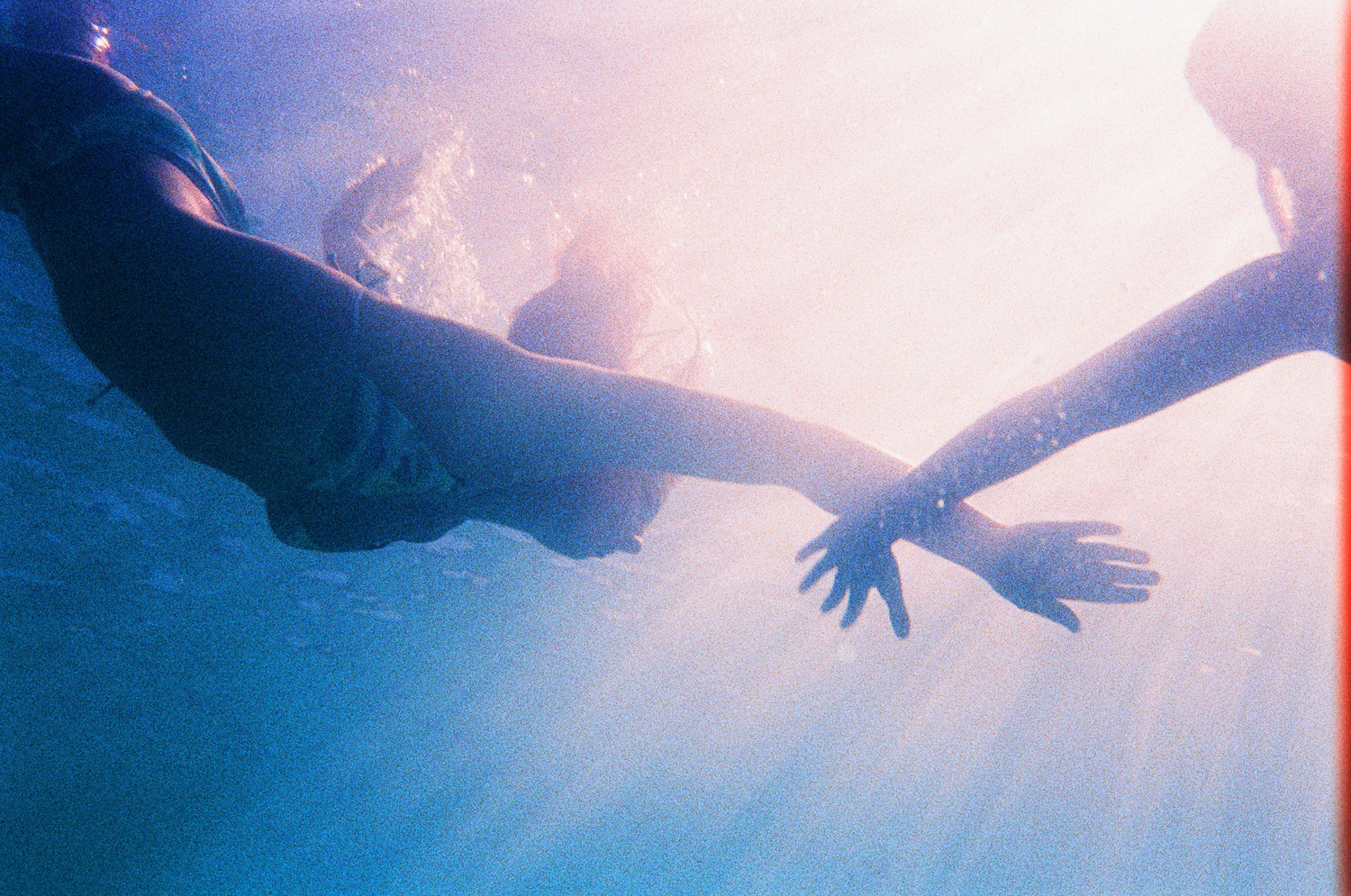 Kassia is now totally at ease with all the spinning plates in her life. “Some people just really put their head into one thing, but I know now I’m not that kind of person,” she explains. “I feel like having all my passions leaves me more inspired. Surfing, photography, design, travel… all those parts make me who I am. Exploring things in other ways made surfing that much more vibrant to me, you know. All those things contribute to making everything else that much more powerful and that much more beautiful. You’re creating all these different experiences and everything becomes three dimensional, rather than one dimensional.”

Linkedin
RELATED ARTICLES
OTHER ARTICLES
Danny Burrows discusses his new series of images documenting an pacifist anabaptist community who lead an alternative way of life.
Following the release of his latest album, the rapper talks about finding a new approach to songwriting, attitudes to poverty, and why his music is more than a political statement.
In the latest instalment of Photographers in Conversation, the creator talks portraiture, platforms and taking inspiration from Little Simz.
A new series of photos by Johny Pitts shines a light on communities and subcultures that have all too often been overlooked.
From the early originators to the female writers at the forefront of today’s scene, we talk to the artists redefining graffiti’s consciously macho origins.
Tough fines and arrests for drug possession and supply is pushing festival-goers towards unsafe measures to consume or smuggle in their substances.