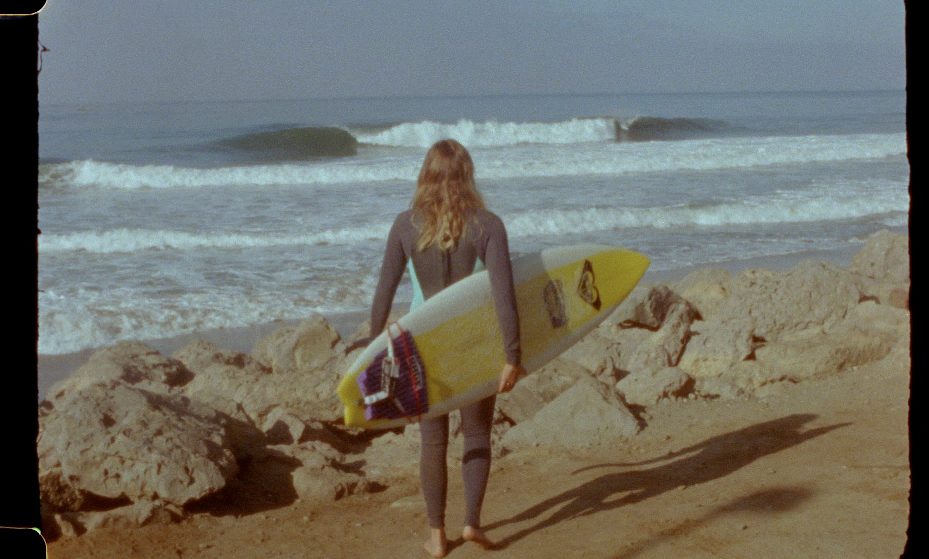 The French surfer and musician talks about her latest role as jury president for this year’s London Surf Film Festival.

The French surfer and musician talks about her latest role as jury president for this year’s London Surf Film Festival.

Lee-Ann Curren is a polymath: she’s equally at home in the sea scoring waves as she is in the studio making music, or on stage captivating crowds.

The French surfer was in the UK last weekend serving as jury president for the annual London Surf Film Festival – and true to form, she’s involved in three different projects showing there. This includes Musical Voyages, a recorded road trip with Curren and cinematographer Patrick Trefz, and the world premiere of Translate; an immersive, audiovisual surf experiment from award-winning filmmaking team Chris McClean and CJ Mirra. As the festival wound down, we caught up with Lee-Ann to find out more about the projects, and her view on the relationship between surf and music.

Music and surfing always seem interwoven in your projects – have the two creative elements always been important in your life?
They both have always been super important, as far as I can remember. Music has always impacted me so much emotionally and surfing has a beauty that makes it like no other sport. The two combined well can make some of the most inspiring pieces. What inspires me is seeing other people’s unique and different approaches; how everyone ‘tunes into different channels’. They can take you along with their art or their surfing, and make you explore exciting paths.

Do you enjoy the live element of music? Do you see a link between the act of surfing and playing music live?
I enjoy the live element more and more. I think you could compare free surfing to just jamming with your friends, and surfing in an event to playing a show, because there is a public and that adds another element to the way you perform. It gets fun when you forget about your nerves or fear of being judged, and just purely enjoy what you do.

You were part of the Translate world premiere at LSFF. How did you come to work with Chris McClean and CJ Mirra?
I met Chris McClean when he invited me on a cycling and surf trip in the Hebrides, Scotland around two years ago. He showed me some of CJ Mirra’s music which I loved instantly. Then John (CJ Mirra) helped me with the sound for a little show I played at LSFF later on – that’s how we met, we talked about making music together and we’ve been making tracks here and there when I’m in London. 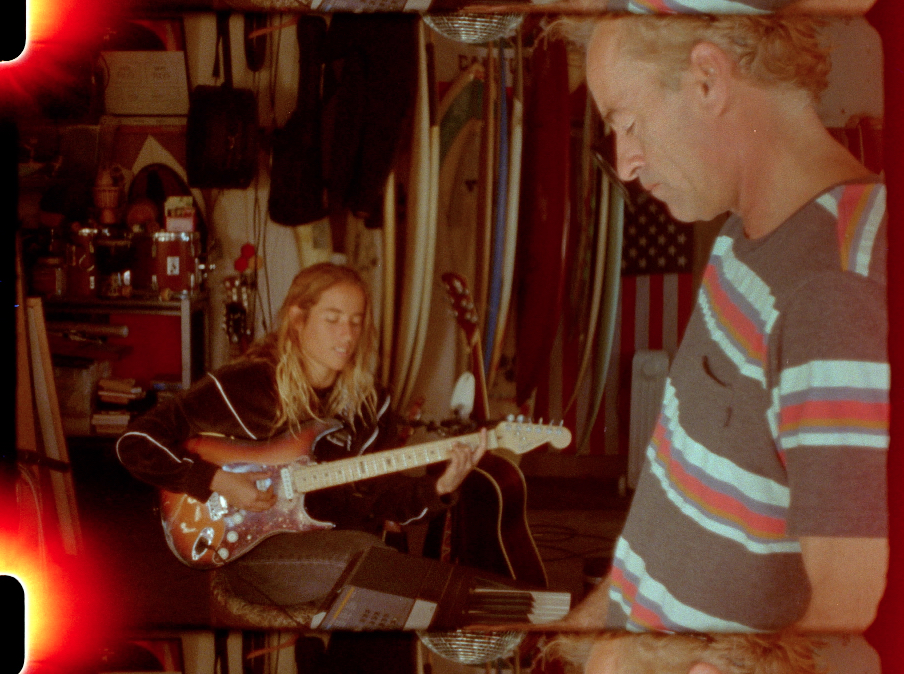 Tell us about Musical Voyage, the film you made with Patrick Trefz?
I wrote and recorded a few tracks for his film Surfers Blood a few years back, and Patrick had the idea to make a little film kind of to follow my creative process and roots in the Basque Country, France and California. I think he feels attached to these places himself we have a lot of creative ‘connections’ so it was cool to have this little project together.

You also have a third film you were involved with premiering at LSFF – you did the soundtrack to Tan Madonna with Alex Knost. How did that collaboration come about?
Yes! Alex was in France about this time last year working on a surf flick. We surfed and played a little improvised show at Margaux’s art gallery. The music we made became the whole soundtrack, which was a nice surprise.

Can you tell us a little about your latest personal music project?
It’s coming along! After two albums with (my band) Betty The Shark we kind of went separate routes. I started making music under my own name. Finding my personal sound has been a journey, but I think surf soundtracks have helped me get there. I put out my first song in August, called ‘Conversations (Lightyear)’, which is a little voyage in itself – it’s seven minutes long! There will be more coming very soon, and hopefully a London show when my EP comes out in early 2020.

The 9th Annual London Surf Film Festival x VANS  was hosted 9th – 12th  October 2019 at the iconic Regent St Cinema. Review the full line up for 2019 on the official website.

Linkedin
RELATED ARTICLES
OTHER ARTICLES
A new film from Berghaus traces the story of Adam Raja, who left behind a turbulent upbringing to discover the healing power of climbing.
Activists and campaigners are fighting back against new laws that would seriously undermine the ability to take industrial action, calling it an attack on fundamental workers' rights.
Yohon Tatum, aka Legendary Father of the House of Tisci, reflects on nurturing a new generation of talent.
After building his reputation covering the US civil rights movement in the 1960s, the photographer went on to produce some of the most enduring images of the past century.
Mass crustacean die-offs in the North East have led a community of fishermen to take action to save their seas.
The first-generation graffiti artist reflects on the tagging’s emergence as an art form and the players who pushed the medium forward.