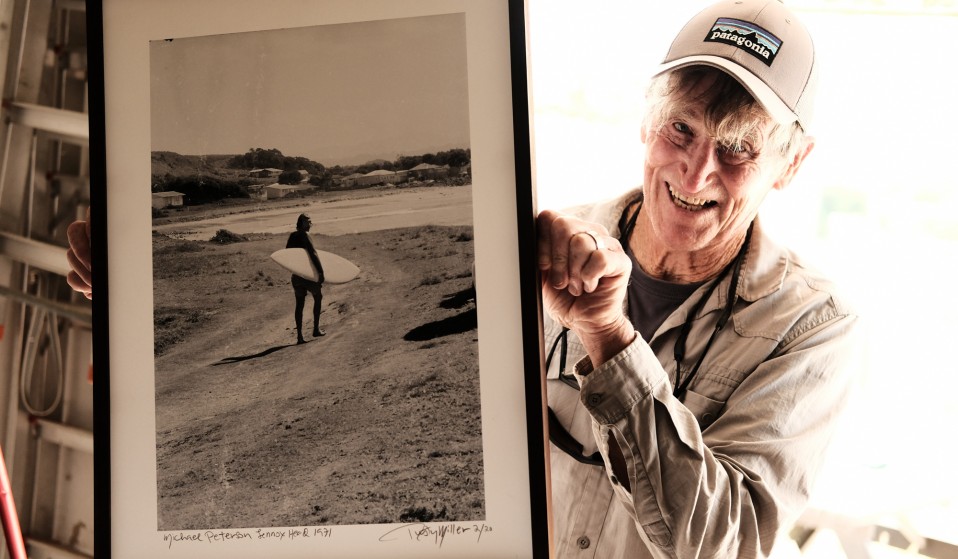 Surfer, activist and elder statesman of surf culture, Rusty Miller, on how America has lost its way - and how surfing could help it find itself once again.

Surfer, activist and elder statesman of surf culture, Rusty Miller, on how America has lost its way - and how surfing could help it find itself once again.

“When I go back to America, I see people my age pushing around shopping carts full of plastic bags,” explains former US surf champion Rusty Miller. “It just makes me so sick.”

Rusty Miller came of age in California during surfing’s post-war transition from a niche alternative lifestyle into a global phenomenon. He followed the big waves to Hawaii in 1967 and became a renowned big wave surfer in the late ’60s and early ’70s, leaving a big influence on those who followed.

After becoming disillusioned with the direction America was taking during the Vietnam era, he became a ‘self-imposed political refugee’ in Australia in 1973, just when Australia was firmly establishing itself on the surfing map. “I was very against what America was doing, because I knew surfers who’d been to Vietnam and back,” he remembers. “They were very affected by what they saw and what they did.” 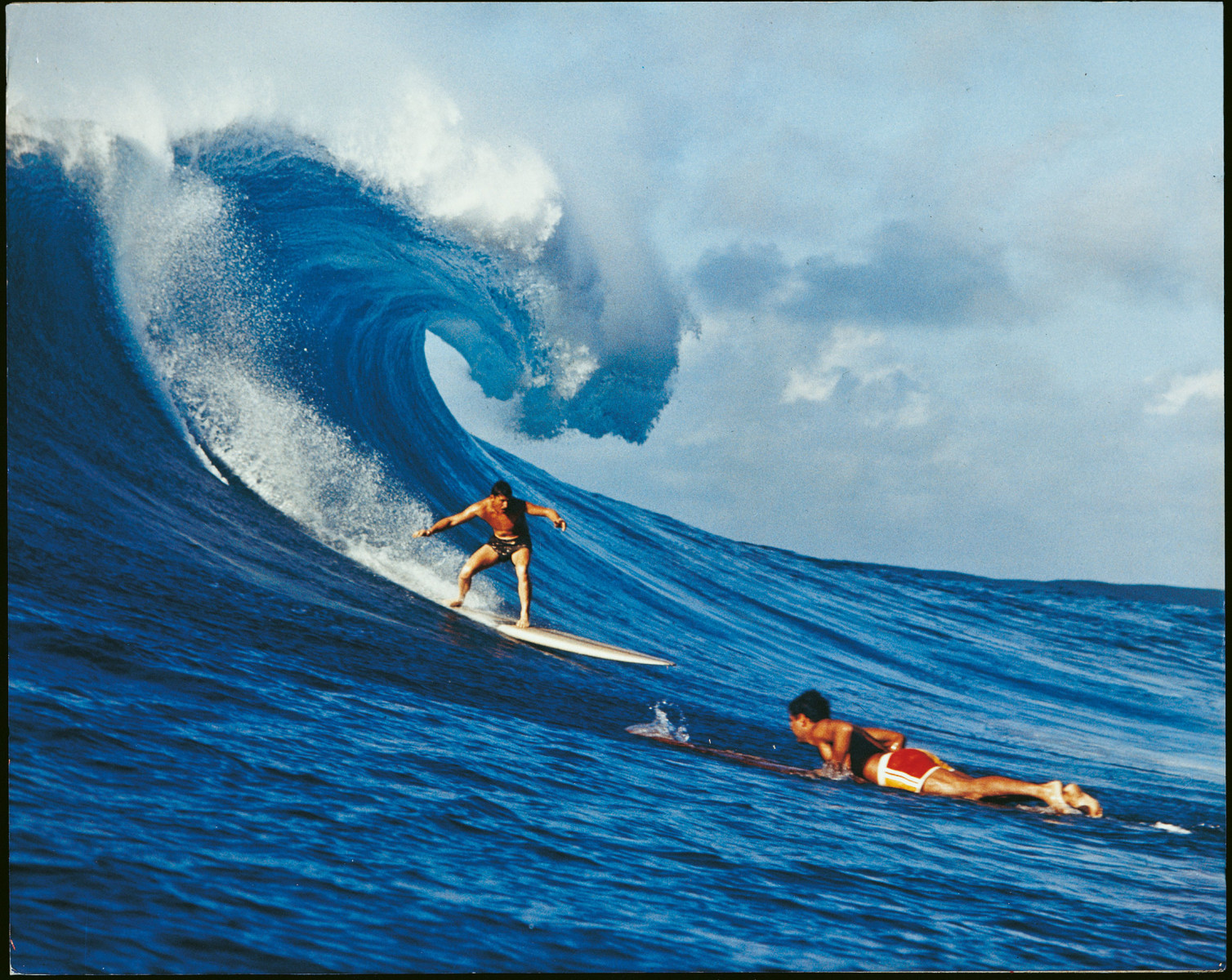 Today, Rusty’s an elder statesman of surf – an activist, coach at his surf school in Byron Bay and philosopher of the swell. He’s also an eloquent critic of America, globalisation and the darker side of the surf industry.

We caught up with Rusty at Sagres Surf Culture festival in Portugal, a weekend of free-thinking discussion about surfing and the alternative culture it has created, to get his take on how America has lost its way, Donald Trump and how surfing could contribute to a more positive political culture.

Rusty comes from a generation who seized all the new opportunities for travel, exploration and adventure offered by America’s post-war golden years. At college and while a pro surfer, he enrolled in the University of the Seven Seas, a floating school that travelled around the globe. With his surfboard safely stowed on ship, he sailed from New York on the East Coast to LA on the West Coast – the long way round – and back again, making stops and hitting the swell everywhere from Portugal to Morocco and the Phillipines. The experience helped establish Rusty’s broad-minded perspective on the world. 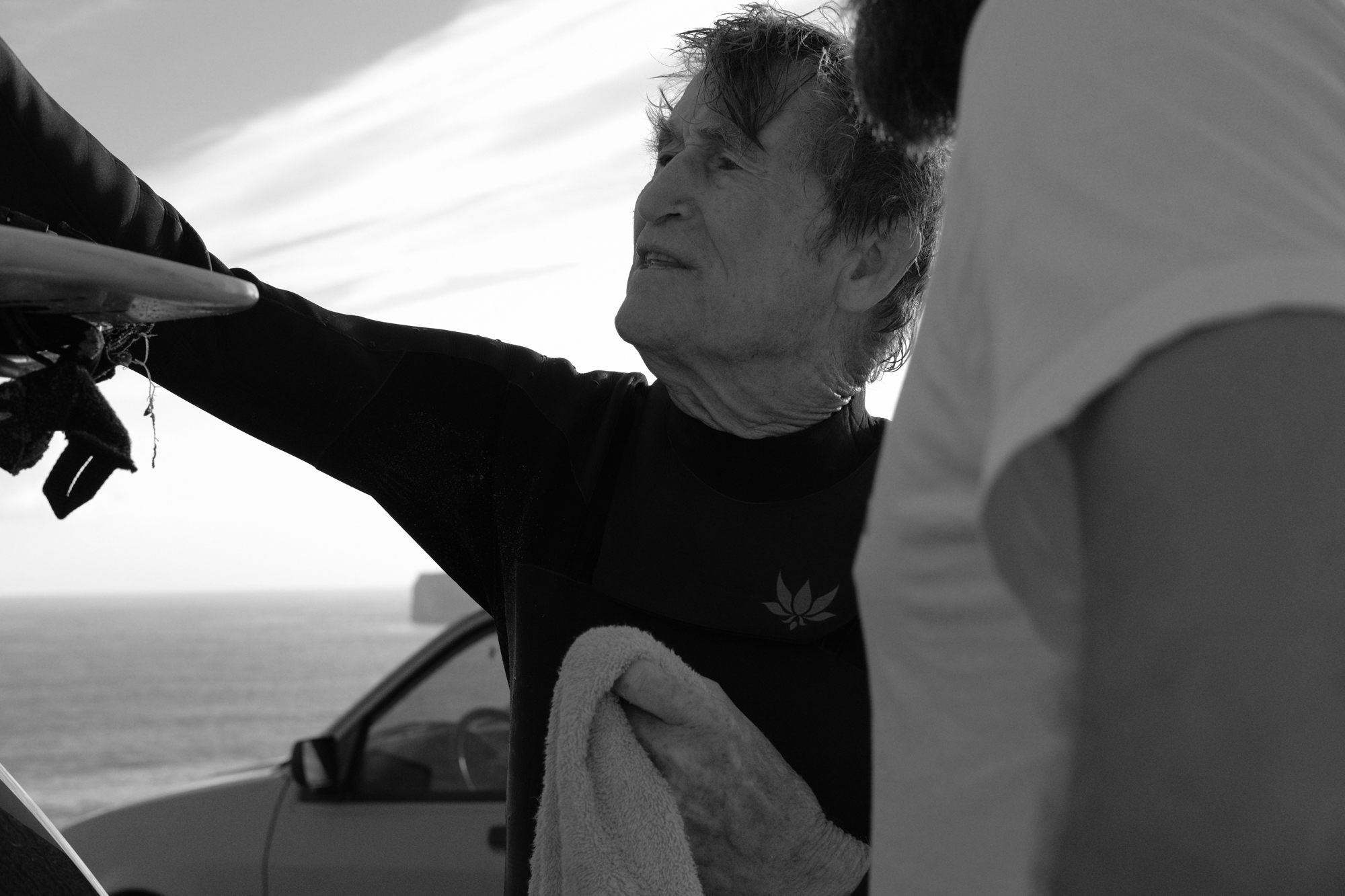 The close-minded, isolationist outlook of Donald Trump’s supporters couldn’t be more at odds. “They’re having this amazing reaction to the populist candidate, Trump, which to me is scary,” Rusty says. “There’s been a great breakdown of society, in the sense that there has been a huge concentration of wealth. That concentration of wealth has caused a lot of problems. The larger the variation in levels wealth, the more frustration people have. There’s a large amount of people who feel disempowered.”

“When you feel like you don’t have any political horsepower, you react when somebody comes along and says, ‘I’m going to make a change, I’ll give you some work and everything’s going to be alright,” he continues. “It’s these one-liner mantras, like: Make America Great Again. Because Trump’s not a politician, he’s capturing a lot of people who’ve given up on politics – and that’s dangerous in a society, in a democracy, when people people give up.”

So, how to end the negativity and sense of disempowerment that has found its way into large sections of American politics? Could surfing culture have something to offer? “To me, not every surfer is the groovy international pluralist,” Rusty explains. “Surfing brings together people from a wide range of different backgrounds and walks of life around something connected to the earth, so I think yes, surfing is healthy addition in helping to create more progressive, pluralistic societies.”

Linkedin
RELATED ARTICLES
OTHER ARTICLES
Luke Gilford celebrates the beauty of LGBTQ rodeo culture, spotlighting the outliers who are actively dismantling America’s tribal dichotomies.
As the first photographer welcomed by the Nez Perce in 100 years, Hunter Barnes remembers his time living among the elusive tribe in Lapwai.
A new documentary explores the legacy of a 1970s coalition of New York health activists and revolutionaries, among them Tupac's stepfather and The Black Panthers.
After acquiring a Polaroid camera, photographer Lyle Ashton Harris began capturing a transformative period of his life as a young artist studying at Cal Arts.
We speak to the authors of a new book which interrogates why musicians are three times more likely to have anxiety or depression.
An exhibition at the Museum of London seeks to unearth the cultural and social impact dub music has had on the identity of the capital.