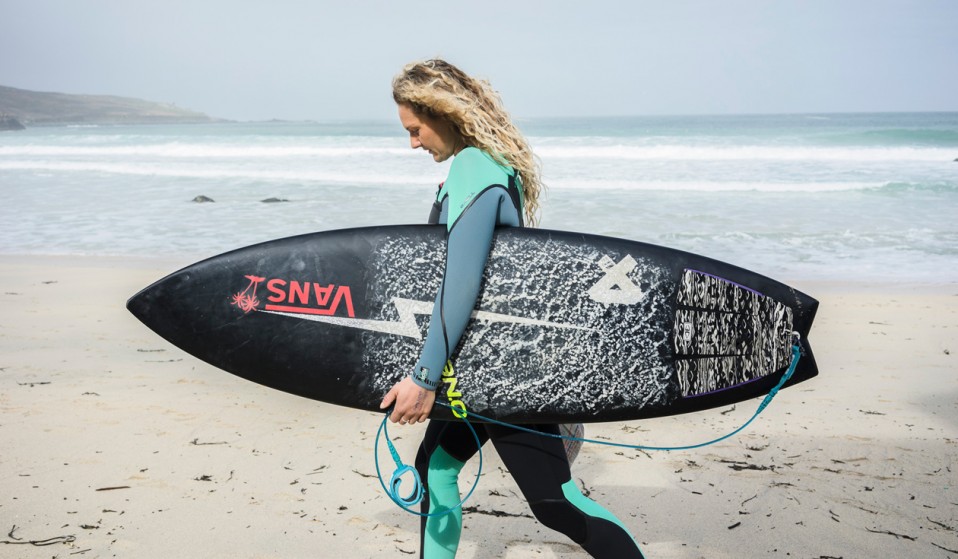 On the coast of Cornwall, in a town overcrowded in summer and deserted by winter, one woman is empowering locals to discover a sense of agency – through the power of surfing.

The smell of fresh paint hangs in the air as Tassy Swallow pushes open a wooden door to the Surf House, an old military building she crowdfunded back to life after 12 years of dereliction.

Tassy can still remember the moment she found the place up on what St Ives locals call “the island”, a grassy knoll with 360-degree views of the town. She immediately knew it would be the perfect spot for Surf Ratz, a pack of young female surfers she’d been coaching. But the place had been battered by the elements, left with patchy floors and peeling walls.

The 24-year-old first started coaching girls in Cornwall to fund her professional surfing career, but teaching opened up another side to the sport; one that could give women a healthier relationship with their bodies, boosting self-confidence in and out of the water.

She’d represented Great Britain at under-18 level in five successive World Junior Surfing Games yet, back in St Ives, opportunities for people like her seemed scant. 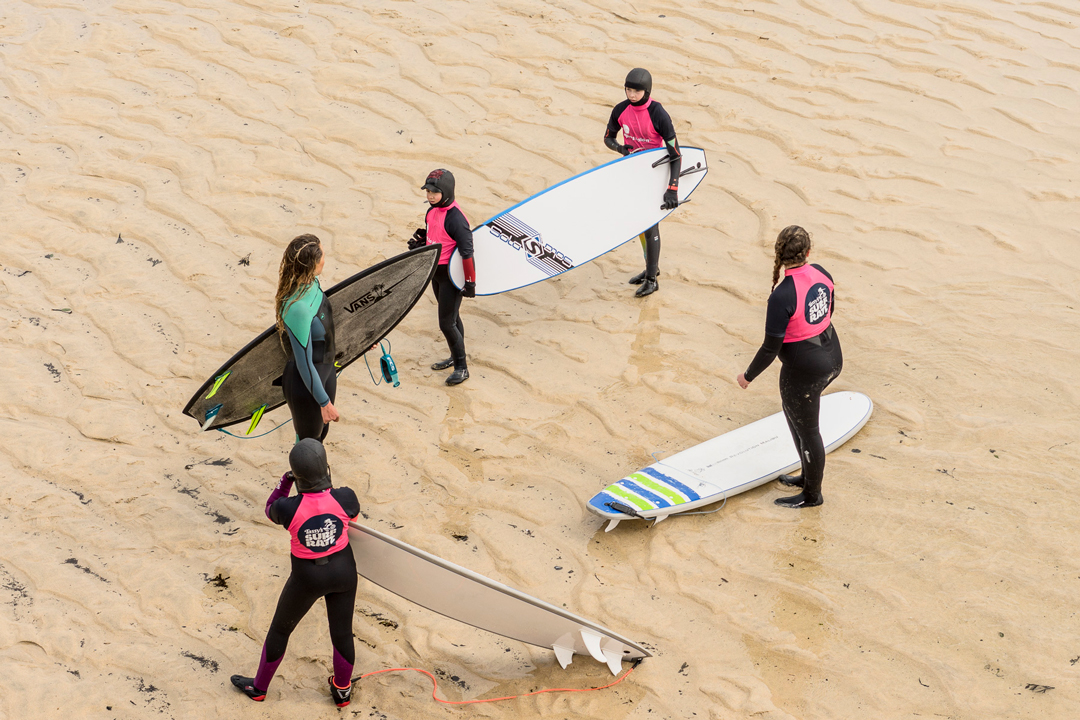 “Growing up, I was literally the only girl in the water,” she says. “We have arguably the best waves in the country down here and we have a lot of talented surfers who don’t get the support they would in Newquay or up the country where there are better facilities, so I just wanted to get a few girls out there.”

Tassy dreamed of starting a surf school that doubled as a safe space: both from tourists overrunning their town in summer and from boys domineering the waves. She set upon the task with quiet, characteristic determinism.After launching an online campaign to raise £10,000 for the renovation, she realised she wasn’t alone. The target was reached in just three weeks.

Over time, Tassy has turned the place into a Cornish hideaway. It’s got a working kitchen, a surfing workshop and a function room where they fundraise with supper clubs and yoga sessions. 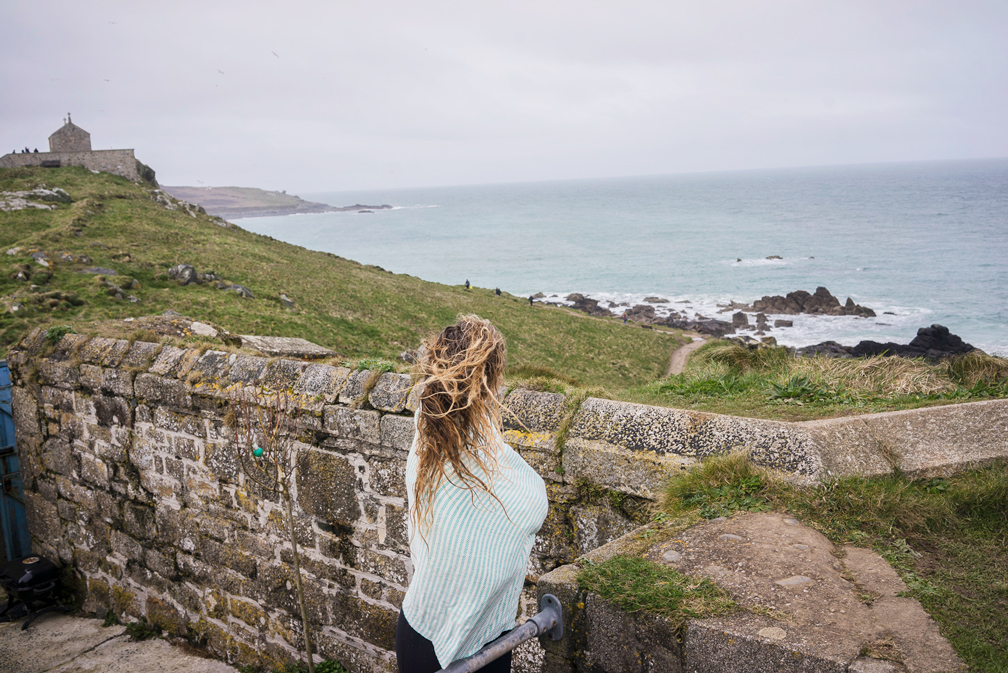 The Surf Ratz themselves, meanwhile, span a variety of ages and backgrounds, from kids who wouldn’t normally be able to afford a surf school to those who’ve been turned away from other clubs for health and safety reasons.

Today a handful of them have gathered on a breezy spring afternoon, with watery light filtering through the slit windows and tourists in hiking gear winding down the coastal path out front, the ocean crashing against some rocks below.

As Tassy lights a little wood-burning stove, the Surf Ratz talk about life in the summer, when windbreakers block sea views and the pace of life of shifts unrecognisably.

St Ives used to have a thriving port, but the decline of fishing has shifted the economy onto tourism, opening up a chasm between wealthy summer visitors and locals. By 2016, almost half of St Ives was comprised of second homes – threatening to turn it into a ghost town out of season. 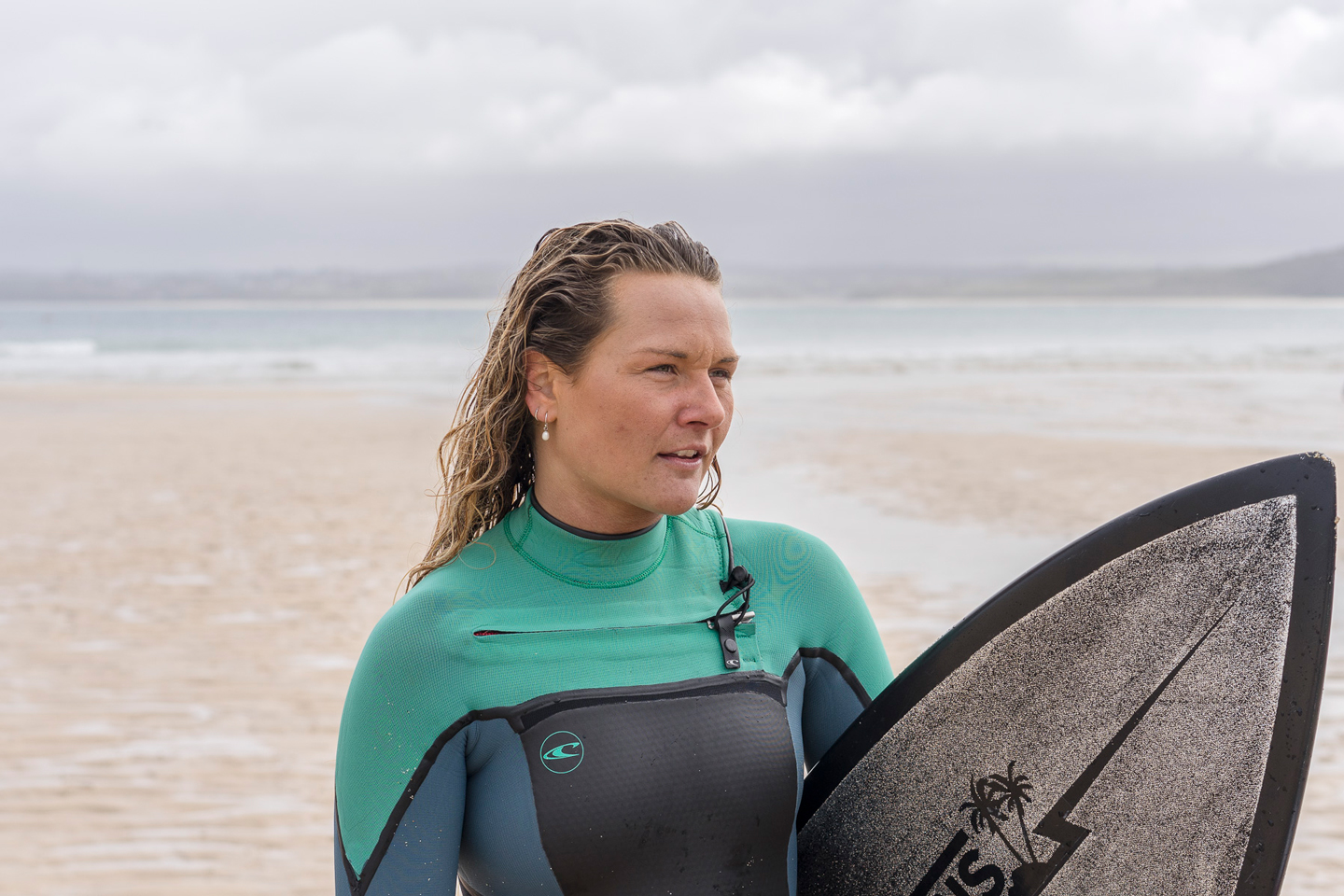 That same year, locals fought back with a development plan to avoid becoming a pleasure resort for absentee landlords, starting with a ban on second homes. Eighty-nine per cent of residents voted in favour of the proposals, drawing attention from around the world.

But little attention has been paid to what’s left for locals. A skate park at the top of St Ives, installed in 2004, has fallen into ruin. A fish market on the harbour has disappeared. There isn’t even a local fishmonger – the catch gets taken straight to an industrial port on the fringes of the town where it can be sold back to retailers and restaurants.

“We live in an incredible place and we’re lucky to be here,” says Tassy. “But there are struggles with getting a job and getting that first step on the ladder. The biggest problem is that the only jobs for young people are in restaurants or kitchens or shops.

“It’s so seasonal and such a horrible grind, so my idea is to inspire girls to think bigger than what’s in front of them: to create their own business or do something else they want to do. Surfing is one of those sports that can open up so many doors, whether it’s film, photography or travel.” 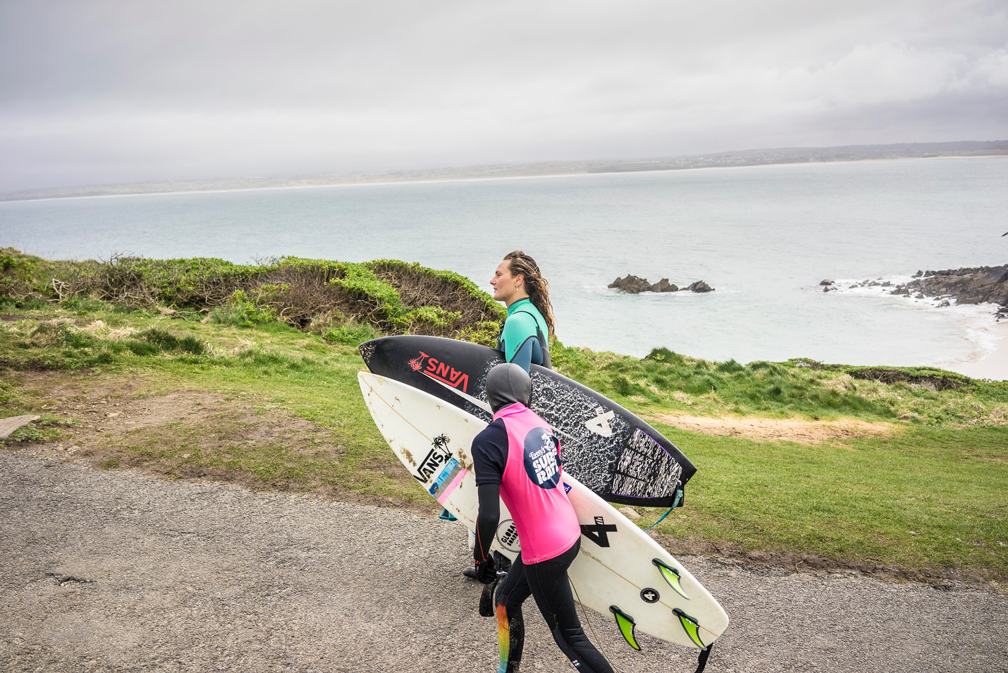 This summer, Tassy plans to invite other self-employed women to talk to the Surf Ratz about starting their own businesses. She’s also working on a project to turn the Surf House into a ‘marine dream hub’, one of three UK hubs bringing together coastal communities to make the most of their marine environment and boost their local economy.

And after a two-year break to get the Surf House up and running, Tassy’s surf career could be taking off again. She’s just been picked to train for the English squad that will travel to this year’s World Surfing Games in Japan, giving her a chance at Olympic selection.

“With surfing, because of the type of sport it is, a lot of parents are not too quick to be supportive,” Tassy says. “It’s nice to be the person who is saying, ‘Yes, stay at school. But when you’ve finished, if you don’t want to work for Tesco, go and follow your own dream.’”

Linkedin
RELATED ARTICLES
OTHER ARTICLES
Members of the collective share some of their reasons to run as part of #UnitedBySummits, a campaign that looks to uncover transformative power of the outdoors.
Photographer Phyllis Christopher recalls capturing sex and protest at a time when the city had become a haven for the queer community.
The situation in Afghanistan remains dire, with many groups facing persecution at the hands of the Taliban.
Writers Matt Foot and Morag Livingstone explore how four decades of collusion between the government and the police have slowly eroded our right to protest.
The answer to improving the well-being of Palestinians rests not with individualised solutions from the Global North, but with ending settler colonialism.
The revered showbiz chronicler recalls his journalistic beginnings, documenting subcultural scraps in the ’80s.