Outdoor / Surf / Surfing in the time of coronavirus 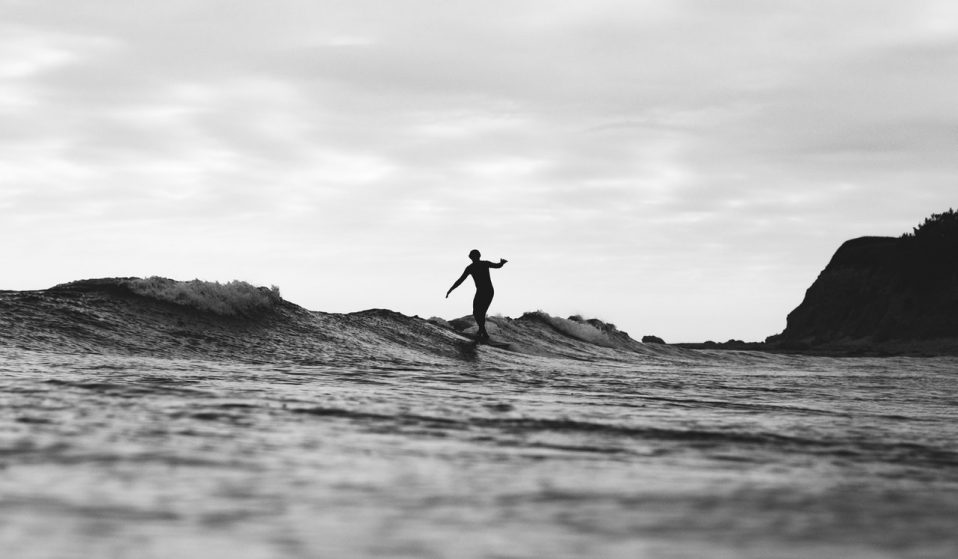 As the world shuts down its beaches, Huck Contributing Editor Jamie Brisick explores how surfers – and the wider surf industry – are weathering the storm.

As the world shuts down its beaches, Huck Contributing Editor Jamie Brisick explores how surfers – and the wider surf industry – are weathering the storm.

Last week, I stood atop the bluff overlooking Malibu Surfrider Beach. Sets of glassy waves marched in, broke, and peeled across the point with machine-perfect shape. There was not a soul in the water. That never happens. Malibu is one of the most crowded breaks on earth. In my four decades of surfing there, never have I seen the waves that good with no one out.

The sky was a headstrong blue. The sea was shimmering. I watched, transfixed. These were the dream waves straight out of the surf magazines of my teens. We’d pin them on our bedroom walls and draw them on our Pee-Chee folders. The central myth in surfing is the search for the perfect, empty wave. We scour the globe for it. And there it was, right under my nose in this city of 10 million people. The beach was deserted. There was not a single car in the typically bustling parking lot. It was both Edenic and post-apocalyptic. And just as I began to imagine myself sneaking out to grab a few, a police car crept up, as if to say, “Don’t even think about it.”

On March 27, Los Angeles County shut down its beaches. Most surfers took that with a grain of salt: They can shut down the beach, but they can’t keep us out of the water. Surfers are inherently defiant. They’ll surf through hurricanes, tsunami warnings, shark sightings. And, at the time, the ocean seemed about as safe a place to avoid the novel coronavirus as any.

But the ban was for real – and it was swiftly happening everywhere. On March 28, a Manhattan Beach surfer was slapped with a $1000 fine (granted, he’d reportedly told the lifeguard who’d confronted him: “Fuck you, what are you going to do about it?”). On April 1, a clip went viral of a surfer getting shot at by police in Costa Rica. On April 2, at Malibu, a standup-paddle surfer was taken away in handcuffs.

This one carried a particular sting. In an Instagram post by @brothers_marshall, the SUPer paddles furiously for the cover of the pier, an LA County Sheriffs boat in hot pursuit, but a long way behind. Then a lifeguard boat comes skidding around the end of the pier and cuts him off at the pass. The SUPer gets arrested. Two sheriffs carry his cumbersome board away. In the background, a set of gorgeous, empty waves peels across the point.

“Surfing is my medicine,” my friend Jesse Faen told me via phone. “It’s how we wash away stress, and the stress levels are way up there right now.”

Jesse and I were fellow editors at Surfing magazine in the ’90s. From 1998 to 2005, he travelled on the ASP (Association of Surfing Professionals) world tour as media director, a kind of endless summer during which he got to ride many of the world’s best waves. Now 45, he’s built his life around surfing, and rarely goes a day without getting in the water.

“Yesterday was one of those windy, nasty days when no one’s on the beach,” he continued. “I wanted to get out there with my kite, but there was a cop in the parking lot. That seemed extreme. I get the quarantine, and the stay-at-home, and our civic duty in all this, but I have a hard time wrapping my head around not being able to go out and kitesurf alone. We surfers aren’t the ones hanging out in malls. We naturally seek isolation in nature.”

I agreed with Jesse. At least I did when we talked, a few days after the ban. The following week, coronavirus cases grew exponentially in New York. On April 2, The Los Angeles Times ran a piece in which Kim Prather, a leading atmospheric chemist at the Scripps Institution of Oceanography, warned that the virus can indeed be transmitted in the surf. “I wouldn’t go in the water if you paid me $1 million right now,” she said. This gave the surf world pause. And while we pondered the health risk/moral obligation/surfing-gives-me-joy equation, the news feed delivered more and more bad news.

It’s a tough one. For most surfers, the heavier our “terrestrial” lives get, the greater our need to surf. In the last couple of weeks, the surf industry has taken a nosedive, and hundreds of employees have been furloughed or laid off. Their usual response to this would be to run to the water. And likewise for those of us cooped up at home. Surfing is the cure-all, the antidote to cabin fever.

What would eleven-time world champion Kelly Slater do?

“I’m on the Gold Coast,” he wrote in a text message. “We are still surfing, but it’s touch-and-go at busy spots for now. I do understand the beach gatherings being shut down. I do not understand surfing itself or ocean activities being shut down. Of course, I would adhere to it and respect it, but from a logical talking point, I don’t agree with it.”

Kelly went on to say that it’s a different story at crowded breaks where surfers tend to huddle close together. That’s definitely the case at Malibu. When the waves are even remotely half-decent, the six-foot rule would never fly. Often you get three or four surfers sharing the same wave. And then there’s the tribal gathering that takes place in the parking lot, a sort of tailgate party in which waves are parsed and beers are passed around.

Matt Warshaw is the author of The Encyclopedia of Surfing. He’s in favour of staying out of the water right now, but I expected as much – Matt lives with his family in Seattle. Via phone, he reminded me that this is not the first time surfing has shut down. For the latter half of the 19th century, surfing in Hawaii all but disappeared – a result of newly-introduced diseases and the arrival of Calvinist missionaries, who regarded wave-riding as licentious and “against the laws of god”. There was another major dip during World War II. “It wasn’t shut down the way it is now,” said Warshaw. “But after Pearl Harbor happened, a huge percentage of surfers – hundreds at the most, not millions – all just went off to the war.”

Which brought up that fantastic scene in Apocalypse Now. Bombs explode, machine guns fire, napalm burns, people are dying – and Lt. Colonel Kilgore has his eye on the six-foot swell. “You either surf or fight,” he tells his men, and peels out of his shirt and goes for his board.

“But this isn’t a cool, rebellious moment like that,” said Warshaw. “Right now it’s shameful to be bragging about going surfing.”

Most pro surfers have embraced the ban with sportsmanlike aplomb. Instead of posting their most recent waves, they’ve been posting statements about the importance of us surfers all doing our part, or clips of their new quarantine training regimens, or pics of the bread they’ve been baking. The WSL (World Surf League) has cancelled all events on the 2020 World Championship Tour until further notice. The surf media has turned instantly nostalgic. With little new content coming in, they’ve been revisiting the archives. Never has the last 50 years of surf films gotten more play.

There’s also been a less savoury return. The surf boom of the ’60s created heavy crowding at California breaks, and surfers adopted a “If you don’t live here, don’t surf here” attitude. That line of thinking is back. Many surfers feel that the surfing ban is a result of inlanders flouting the shelter-in-place order and heading to the beach. “We’re the collateral damage,” said a San Clemente surfer I spoke to. “If everyone just stayed within their zip codes we’d still be surfing.” My inner surf junkie understands that logic. My higher self fully disagrees with it.

A few days ago, a friend sent a text message asking if I was surfing. I told him that I was sticking to the shelter in place, that I’ve lived long enough to know the Murphy’s Law of it all, that now’s exactly the time when I get that fin chop that lands me in the St. John’s emergency room.

That’s the fear, that you get hurt and end up in the hospital. That and the breaking ranks part.

I think that’s the case for most surfers right now. If they’re surfing, they’re keeping quiet about it. And they’re certainly not posting about it. I’ve heard whispers about some epic night sessions taking place. But according to Surfline.com, the website that delivers live video stream of over five-hundred surf breaks, the lineups are empty.

A couple of days ago I was at home watching the Malibu First Point cam, which gives a wide shot of Surfrider Beach. The waves were much like the ones I’d lusted after last week – sparkling, machine-perfect, no one out. A set rose from the velvety blue and peeled majestically, and on cue, a pod of dolphins popped up and proceeded to frolic across them.

Linkedin
RELATED ARTICLES
OTHER ARTICLES
A new law change is enabling Britain’s donor-conceived children to know the truth about their origins – but campaigners say the fertility industry must do more to protect people.
As she gears up for the release of her first book, the 24-year-old climate activist talks standing up to authority and building a more inclusive movement.
A new exhibitions brings together the work of photographers who documented the deep unrest of these pivotal decades.
After building his reputation covering the US civil rights movement in the 1960s, the photographer went on to produce some of the most enduring images of the past century.
At his West Bank restaurant, Fadi Kattan established himself as the voice of modern Palestinian cuisine. Now, he’s bringing his innovative, bold flavours to the UK’s capital.
After blocking the Scottish government’s gender recognition reform bill, Westminster is now devising further changes to the law to make it harder for trans people to self-identify.