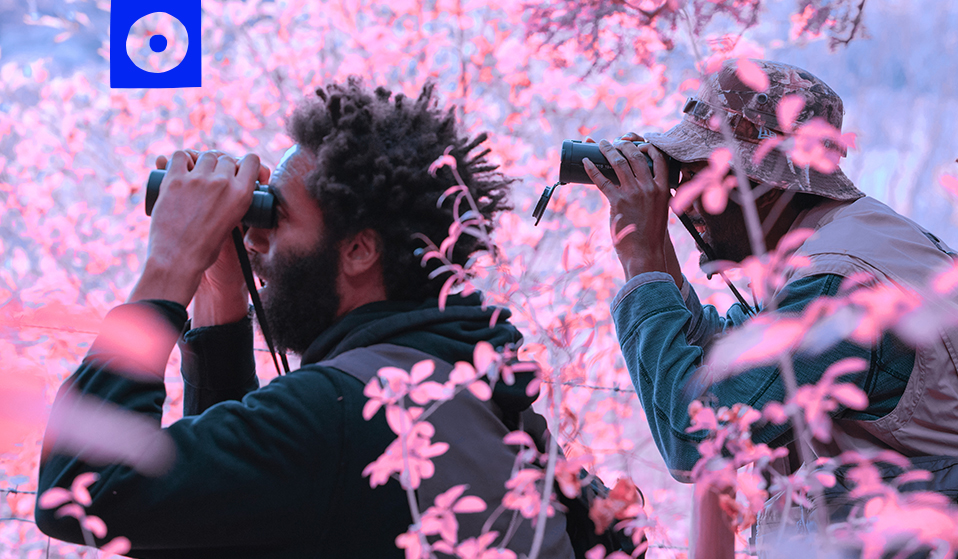 Contrary to what the word implies, for many lockdown has been a time of coming together. This was certainly the case for Ollie Olanipekun, 37, who runs a successful design agency and Nadeem Perera, 26, who is a sports coach at a primary school. The pair were strangers six months ago. Now, they’re on the verge of creating something magnificent.

Together, they have co-founded Flock Together – a birdwatching group for people of colour. It started with a casual interaction on Instagram. Ollie, who’d always turned to nature to deal with the pressure of his career, posted pictures of birds spotted on recent walks. Nadeem, who’d been a keen birdwatcher since his teens, correctly named each one. Expecting the commentator to be an older white man, Ollie checked the profile. He was stunned to find that Nadeem was young and Black. Surprised by Nadeem’s knowledge of birds, Ollie reached out. Flock Together was born. 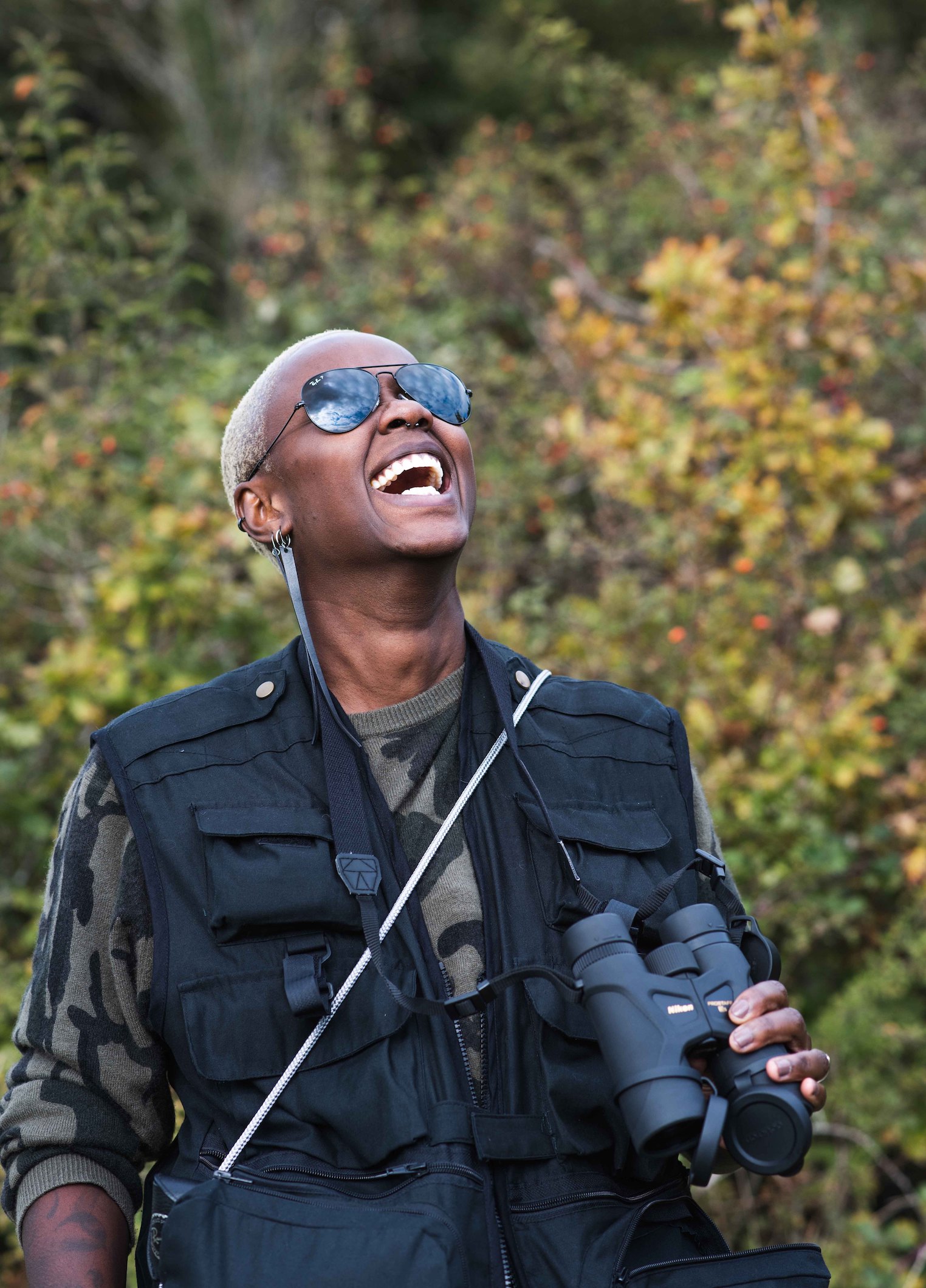 The first official Flock Together gathering that Ollie and Nadeem organised in London in June this year, attracted between 10 and 20 participants. Subsequent walks began drawing in up to 60 people, which made it necessary to implement social distancing measures. Having explored all sorts of spaces across the Metropolitan area, this has only highlighted how much green space is accessible in the London region.

“It’s been overwhelming to watch Flock Together grow in a matter of months,” says Ollie. “The response from people who join the walks, new followers on Instagram and emails from people around the world with encouraging words…  We never thought it would garner this level of interest, but we’re very much here for it.”

Members come from across the spectrum of age and ethnicity and from all walks of life – from artists and photographers to social workers, students and journalists. The group is also attracting men and women in equal measure – a testament to the welcoming, inclusive space the group seems to naturally provide.

“Nadeem and Ollie run a well-organised, informative group that supports all members in equal measure,” says activist and photographer Phil Young, who took part in Flock Together’s most recent walk across Surrey Hills, and documented the proceedings. For Phil, the optics and the implications of a group of people of colour traversing and engaging in the English natural landscape is hard to overestimate.

“The fact that it is so rare to see a group of Black and brown people walking in the outdoors raises difficult questions around belonging and access”, Phil explains. “There is a tangible sense of wonder and of joy during a Flock Together walk. It demonstrates that not only does bird watching and the outdoors hold a place for all communities, but that the traditional vision of what it looks like can be successfully challenged,” he adds.

In the short period between that first gathering and today, the project has evolved from a simple bird watching club to a kind of support group and in effect, it has become a platform for addressing the under-representation of Black people in natural spaces.

“Groups like the Royal Society of the Protection of Birds (RSPB) have struggled to connect with a Black, brown demographic,” says Ollie. “Nadeem has always been a member of the RSPB so we’re very keen to collaborate and to help the organisation achieve better engagement with our communities.”

Ellie Taylor, RSPB’s Head of Engagement, is keen to point out the powerful intersectionality that exists between the culture of the outdoors and that of the environmental movement. ”Ollie and Nadeem have provided a powerful network and meaningful opportunities for people to connect with nature during a time unlike any other,” she says. “With the ecological and climate crises, this collective appreciation and support for nature is needed now more than ever, and we are working together to share expertise and to identify new ways to inspire many more people than ever before to take action to protect it…”

The severity of the issue was highlighted recently in a viral video which saw a white woman call the police to falsely accuse Black, Harvard-educated author and LGBTQ+ activist Christian Cooper of threatening her life in Central Park, New York. A dog belonging to the woman was running around in a part of the park where dogs are required to be on a leash. Christian, who was birdwatching at the time, had requested that the dog was leashed as per the rules. The subsequent incident, captured on Christian’s phone, was a bitter reminder of how much had been allowed to go on unchecked. 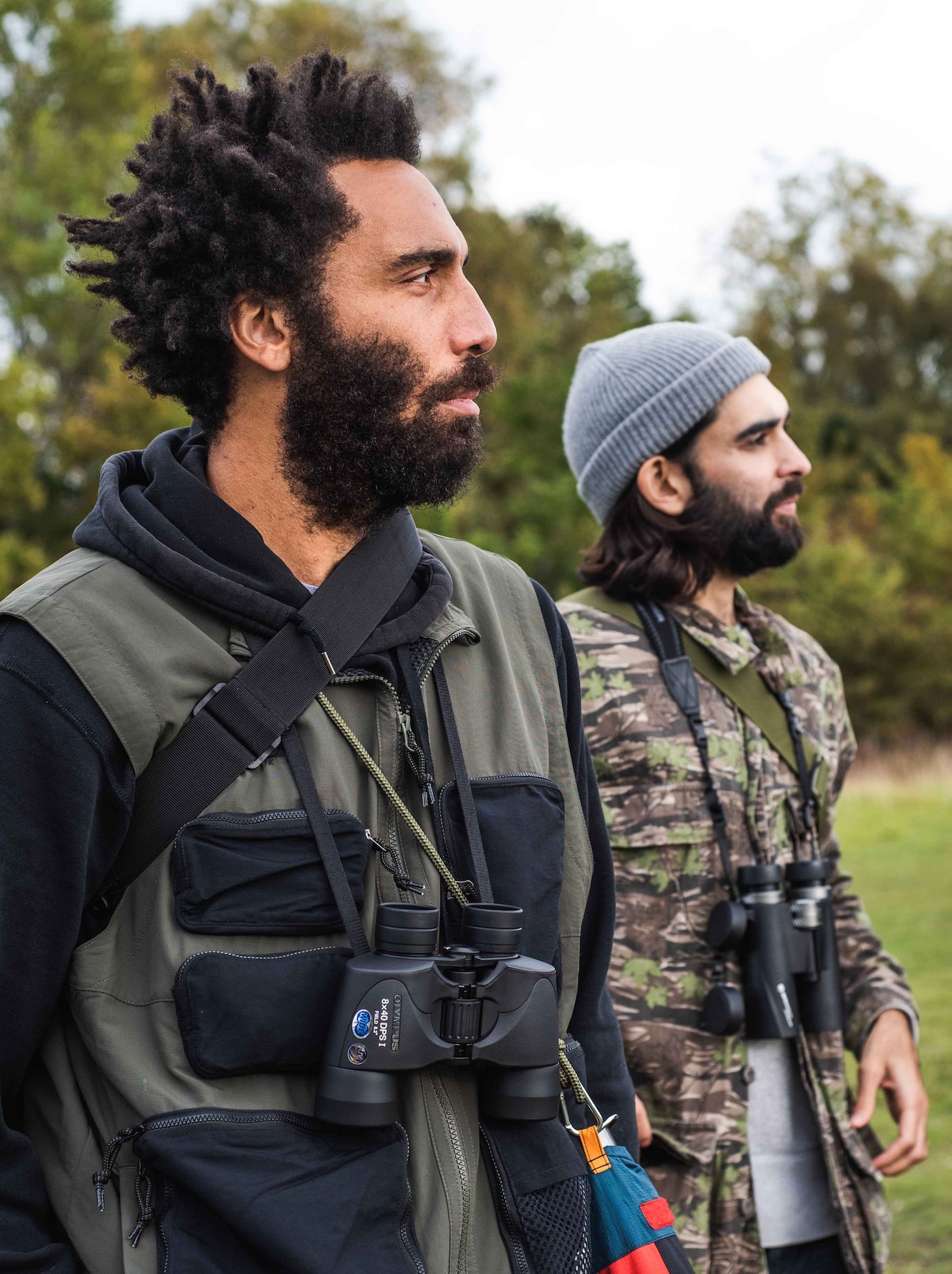 Nadeem and Ollie are aware of their role in combating the racism Black and brown people face in nature. “We want to make it normal for everyone to see us in parks, woodlands and outdoor spaces. On the flip-side, we also want people of colour to know that they belong in those spaces. That in nature, there is room for everyone,” says Nadeem.

Ollie and Nadeem remain optimistic. “We realise that there is more to do. We want to partner with schools and support disadvantaged young people and highlight the benefits of nature to those who’ve never considered it. We’re also working to set up International Flock Together chapters in Toronto, New York, Oslo, Berlin and Los Angeles. This would help us enter 2021 with a strengthened foundation. Nadeem and I have set many goals for Flock Together. We want to achieve all of them.” 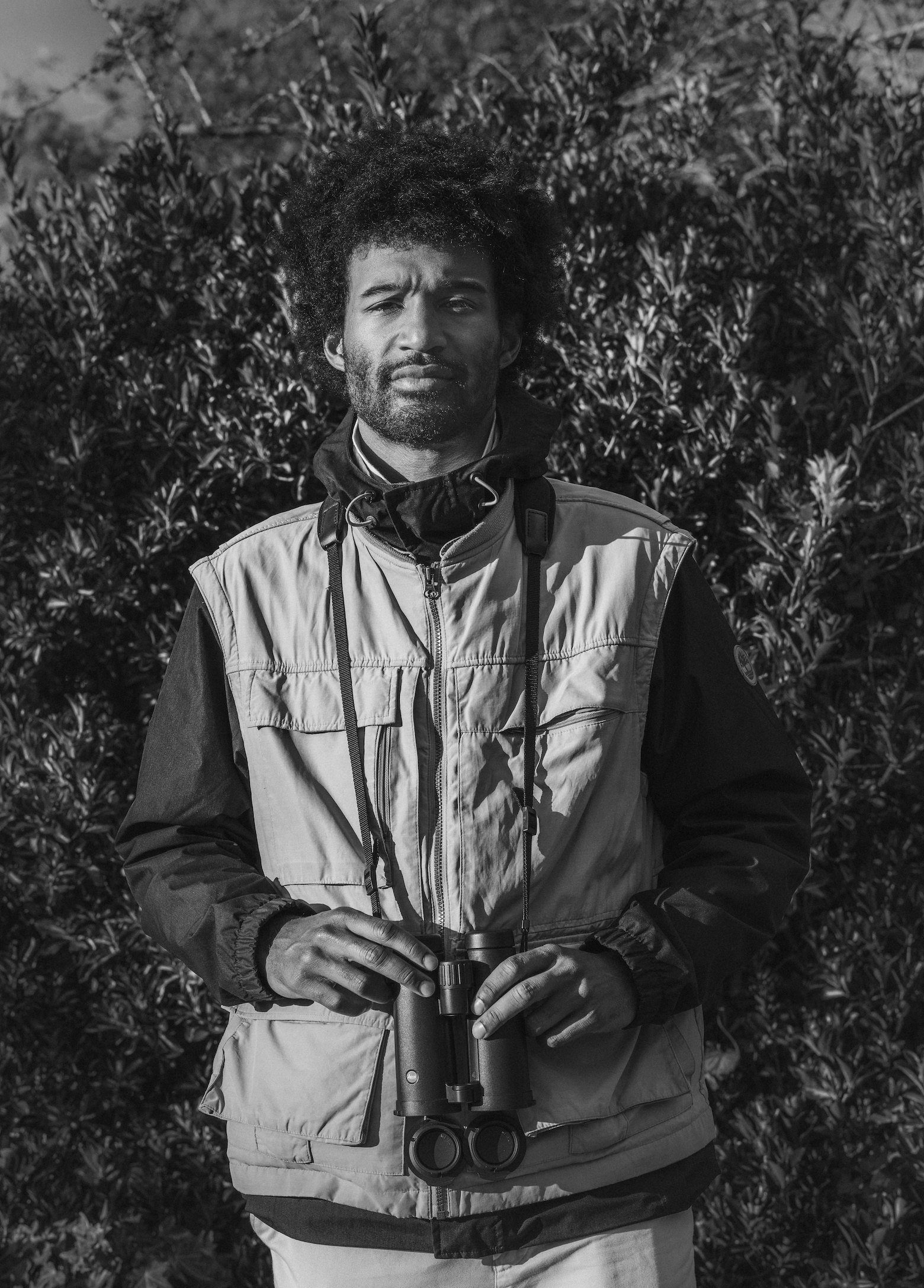 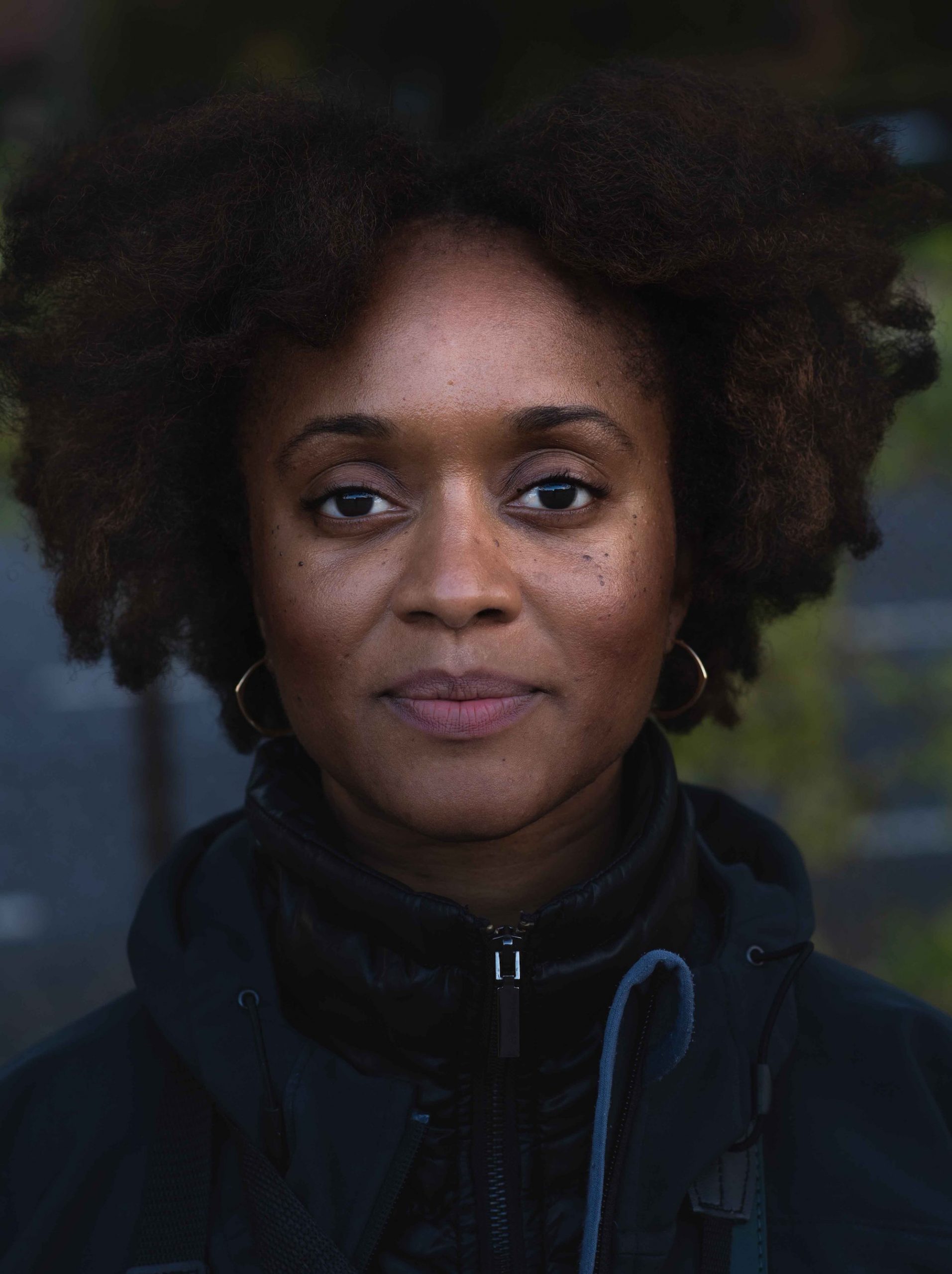 The Outsiders Project is dedicated to diversifying the Outdoors. Follow us on Instagram, read more stories or find out more about partnering with us here

Linkedin
RELATED ARTICLES
OTHER ARTICLES
Filmmaker Laura Poitras discusses her new documentary which traces the remarkable life of the artist-activist and the impact of her battle against the US opioid crisis.
Tristan O’Neill’s shots of dancers caught in moments of reverie at the height of rave’s golden age are a testament to the UK’s legendary club culture.
After fleeing the war in Ukraine, people are finding it impossible to secure affordable and decent housing in the UK.
At his West Bank restaurant, Fadi Kattan established himself as the voice of modern Palestinian cuisine. Now, he’s bringing his innovative, bold flavours to the UK’s capital.
Photographer Sean Maung reflects on documenting a small town in Pennsylvania afflicted by high levels of unemployment, poverty, violence, crime, and addiction.
After building his reputation covering the US civil rights movement in the 1960s, the photographer went on to produce some of the most enduring images of the past century.