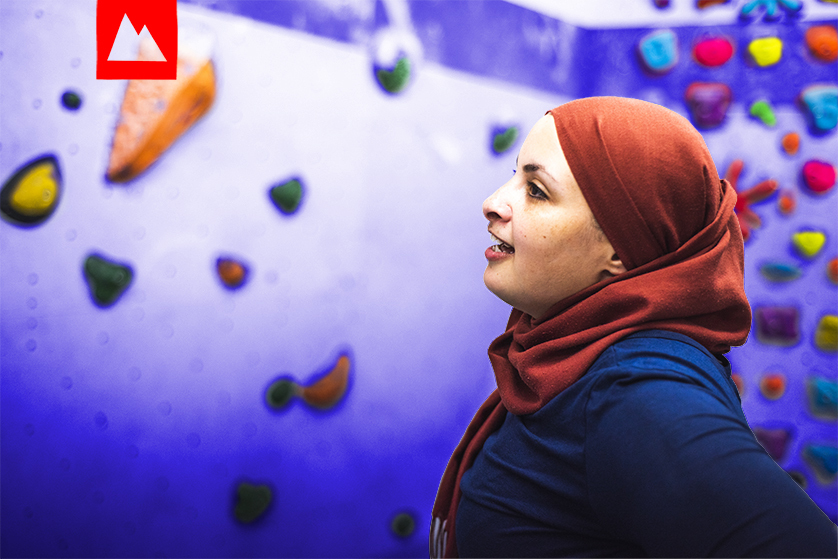 ClimbMuz are diversifying climbing, challenging stereotypes and encouraging women to find joy in pushing themselves to new heights.

ClimbMuz are diversifying climbing, challenging stereotypes and encouraging women to find joy in pushing themselves to new heights.

As someone with female Muslim relatives who are some of the strongest and most opinionated people in my life it’s a perception challenge that I’ve always struggled with.

I’m talking to Siddrah Aslam, founder of ClimbMuz – a climbing group for Muslim women. “People think that a Muslim woman is covered, you know, that they wear certain clothing and perform certain roles. And that’s from within the Muslim community, as well as from an outsider’s perspective. It’s a misconception on both sides.”

These misconceptions are surprising considering that a large segment of society identify as Muslim. There are over 3 million Muslims in the UK and around half were born here. According to a 2015 study by the Muslim Council of Britain, 47 per cent of Muslims in the UK are under 25. The women in this generation – sometimes referred to as Generation M – are unsurprisingly finding their own ways to embrace their religion together with the society in which they have grown up. It’s being reported as if Muslim women are only just finding their voice. I would argue that perhaps it’s only now people are open to listening.

Siddrah is not part of Generation M. With her work with ClimbMuz, she is taking direct action to diversify climbing, challenge stereotypes and encourage women to get joy by pushing themselves with the unexpected. What’s more, she does all of this while working in her day job as an Early Years Educator. “I want to see as many women access climbing as possible,” she says.

Siddrah’s own route into climbing started when she was introduced by a friend 15 years ago. It opened her eyes to new possibilities. “She invited me along and I thankfully said, ‘Yes.’ That started a lifelong passion for climbing.

“I was never any good at PE at school and I fall every time I run,” she continues. “I’m very clumsy as a person. I quickly realised that I have a huge fear of falling and a huge fear of heights. Climbing makes my legs shake. Sometimes I think, ‘Why am I punishing myself?’”

A different person might have packed up their chalk and called it a day, but not Siddrah. “I climb because I feel very regulated when I’m on the wall. It’s that physical contact of both hands and both feet. I stopped hiking because I noticed that my mind would just wander – I wasn’t connected to anything. When I’m climbing, I’m more present and I realise that is really, really important to me. It really supports my wellbeing.”

In climbing, Siddrah is filling a gap in representation of Muslim women that gapes open in most sports. She is of Pakistani heritage. Outside of the mental and physical benefits of climbing, she discovered another surprising advantage of joining the climbing community. “I found the conversations that I was having with people who I met at the climbing wall were very different to the conversations I was having with people I knew personally at home and in my community,” she explains. “I felt like I was learning and growing. It opened my mindset for meeting people – especially people from a completely different background to mine.” 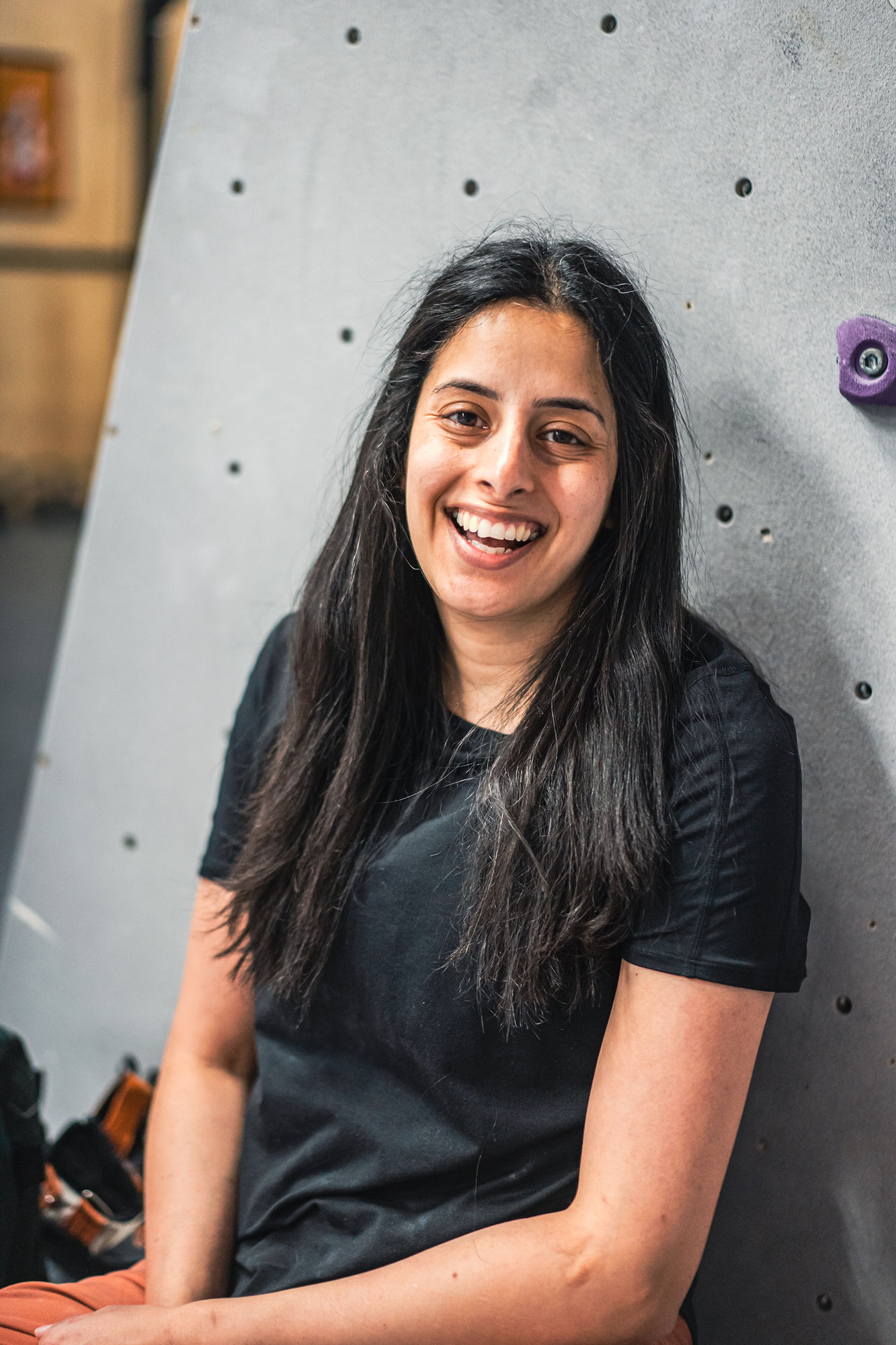 Although in her decade and a half of climbing she has enjoyed personal growth and expansion, Siddrah recently became aware of a change in how she felt about her climbing environment. “I never really thought about representation,” she explains. “I just thought, ‘Oh I’m a minority and I’m around people who don’t look like me and that’s pretty amazing.’ But now I want more people of my own background, people of colour and minorities, to climb with. I want those different conversations at the wall.”

Siddrah was perfectly placed to bring together her two different communities. She also had the drive to start. It was then just about working out how to define the group. “Initially I was talking about the sessions being aimed at the South Asian community but also being open to other minority groups, too. Then I realised that there were lots of Muslim cycling groups, running groups and hiking groups. ‘OK,’ I thought, ‘Let me try that.’ So I advertised spaces for five people and four actually turned up!”

Along with other Muslim-centred outdoor activity groups like Muslim Hikers and Wanderlust Women, ClimbMuz quickly gained momentum. The impact and reach of ClimbMuz has also been propelled by the support of Adidas. The brands’ community fund enabling ClimbMuz to cover venue entrance fees for climbers and a closed door ‘modesty’ session, has helped to remove barriers to participation.

Now, just a year after its inception, it has run around 30 climbing sessions designed for Muslim women. Most of these twice-monthly sessions are held at Siddrah’s local indoor climbing centre – ‘BethWall’ in Bethnal Green, London – but they have also included outdoor climbing and collaborations with other outdoor groups. Although she had originally considered running mixed-gender climbing, the sessions for women were the ones that got the most interest and really gained momentum. 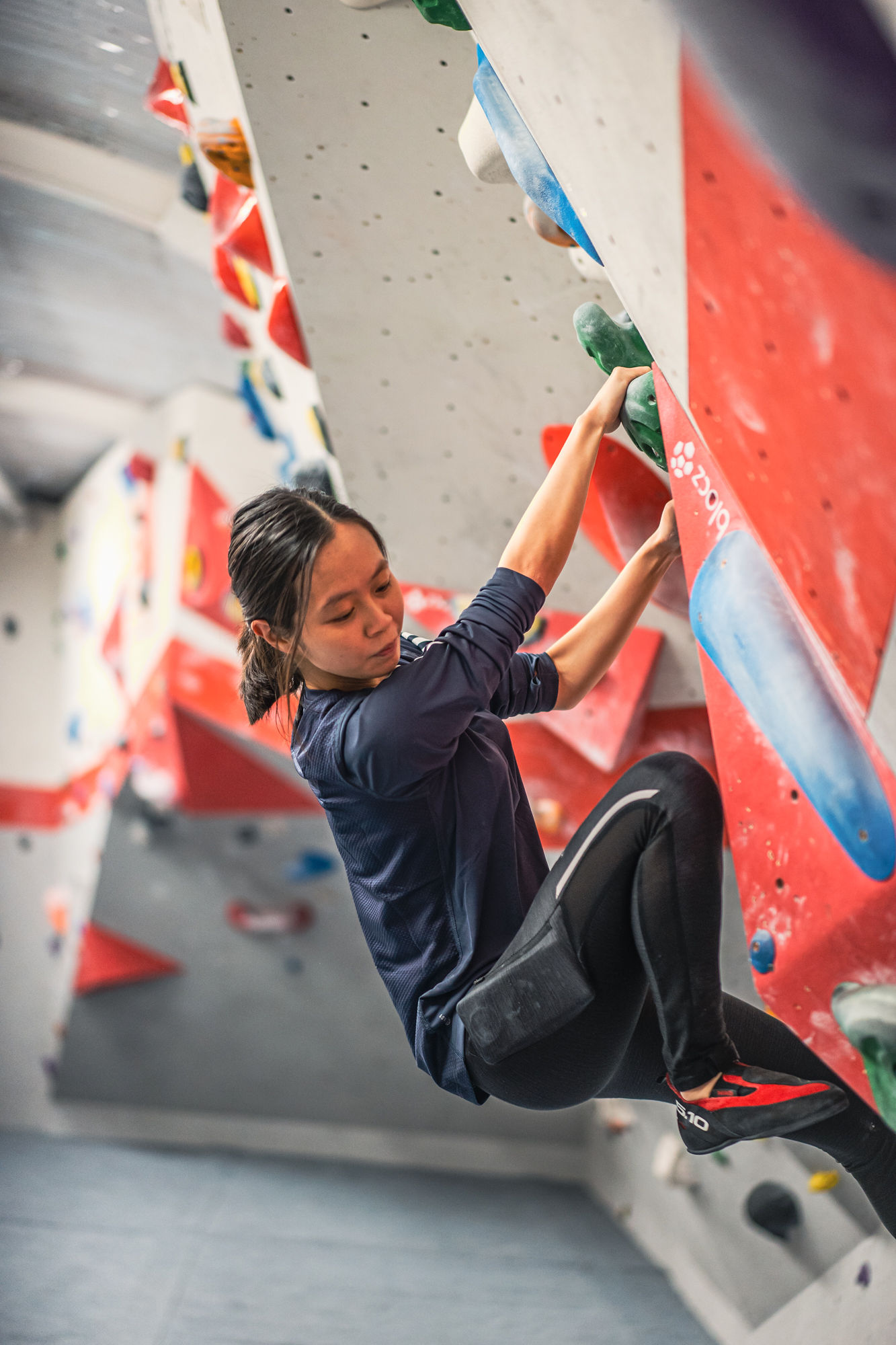 The conversation quickly turns to why these spaces are so important. “It creates a sense of safety,” says Siddrah. “Ultimately you’re around other Muslim women who understand your needs, even if they are not practising themselves. There is a common understanding, and you respect each other’s values and beliefs. You might dress differently to other people in the climbing centre but you’re in a safe space. You’re not going to have to explain why you’re wearing what you’re wearing or why you’re there or what your hijab is. I think that’s really, really important.”

Clothing restrictions have historically prevented Muslim women accessing sport. Of course, ‘standing out’ is one part of it – according to Home Office data, nearly half of all hate crime victims last year were Muslim. But clothing barriers are actually far more tangible than that. Until recently, many sports did not allow women to wear headscarves while taking part, arguing that they were only stepping in due to health and safety concerns. Some sports and independent activity providers still don’t. This immediately excludes many Muslim women who want to take part.

This came combined with a lack of interest in producing ‘sport-friendly’ modest clothing and headscarves. The knock-on impact? A lack of visible Muslim role models, thus continuing the cycle. 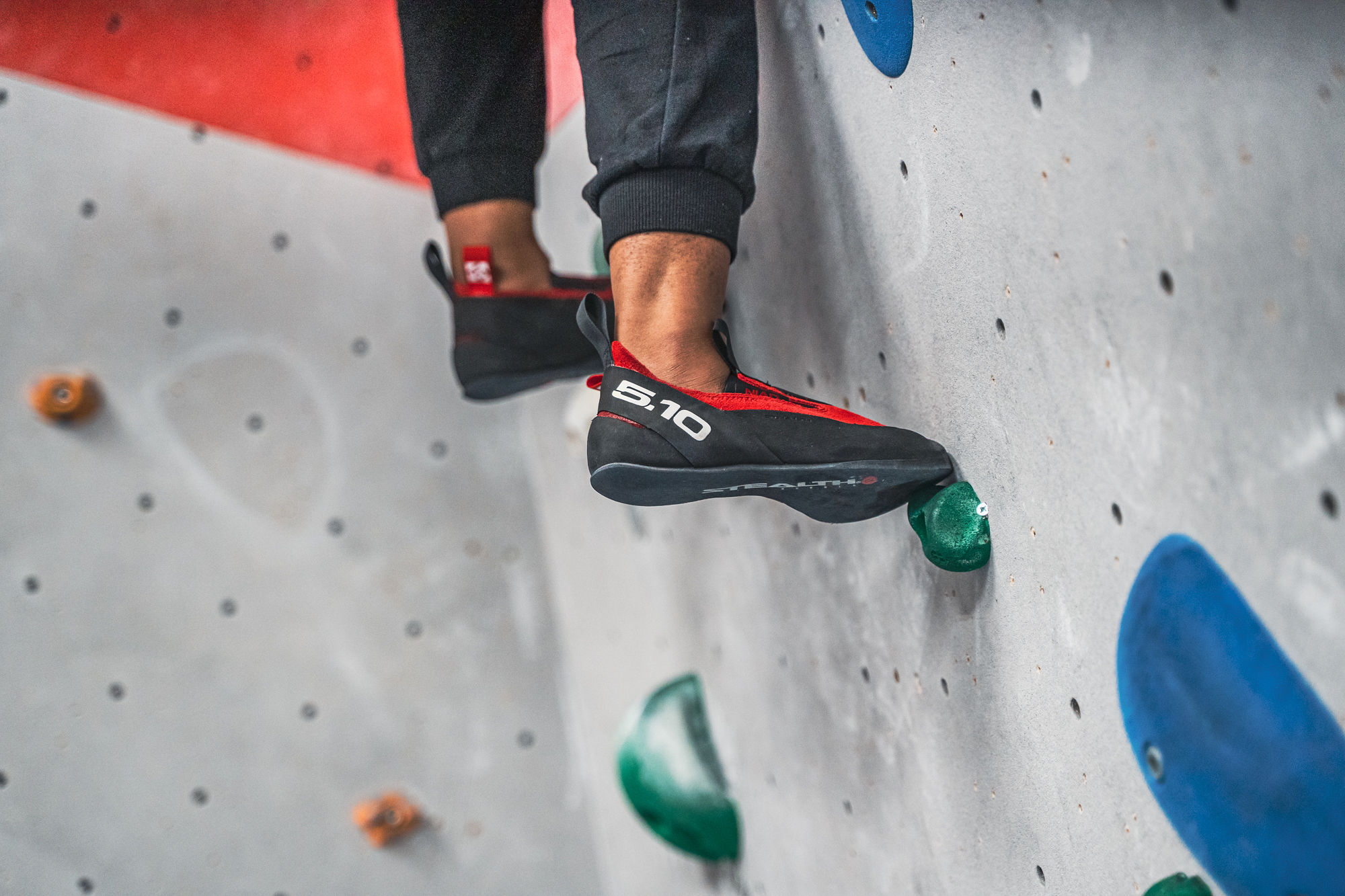 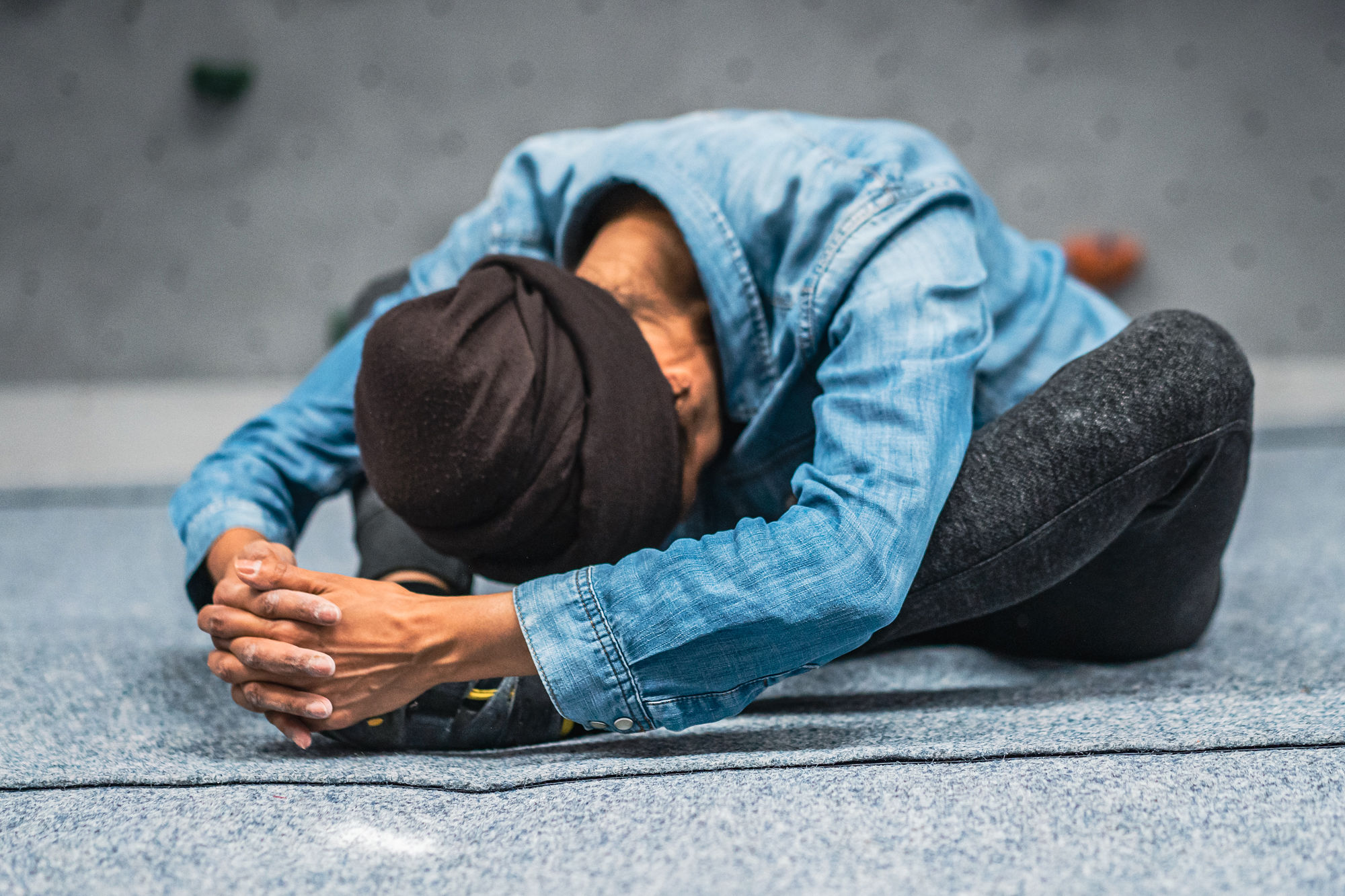 Thankfully, we are now entering the era of dedicated sporting clothing for what is a huge global market. But it remains a very recent development: the sport specific Hijab was first introduced to the market in 2018; the Outdoor Hijab was introduced for Muslim women out in all weathers just last year. Still, there is a shift taking place that hopefully will change the face of sport moving forward.

Of course, not all Muslim women wear a headscarf or veil. Siddrah has expressed several times during the interview that she recognises that being Muslim is a spectrum. “I worry that using the word ‘Muslim’ might stop people from accessing the sessions,” she says, referencing the ClimbMuz name. “Women with tattoos, for example, or women from the LGBTQIA+ community, who do not consider themselves to be practising as much. Someone recently came to a session who said they struggle with the identity of being considered a Muslim woman and I reassured her that as long as she identifies as Muslim or Muslim heritage, then she is welcome.”

The expectations of Muslim women from broader society is something that Siddrah sees reflected in social media interactions. “If I share a photograph of someone at a session who is wearing a headscarf, it gains more attention than a group member without. It’s because it is what people are expecting to see and want to celebrate.” 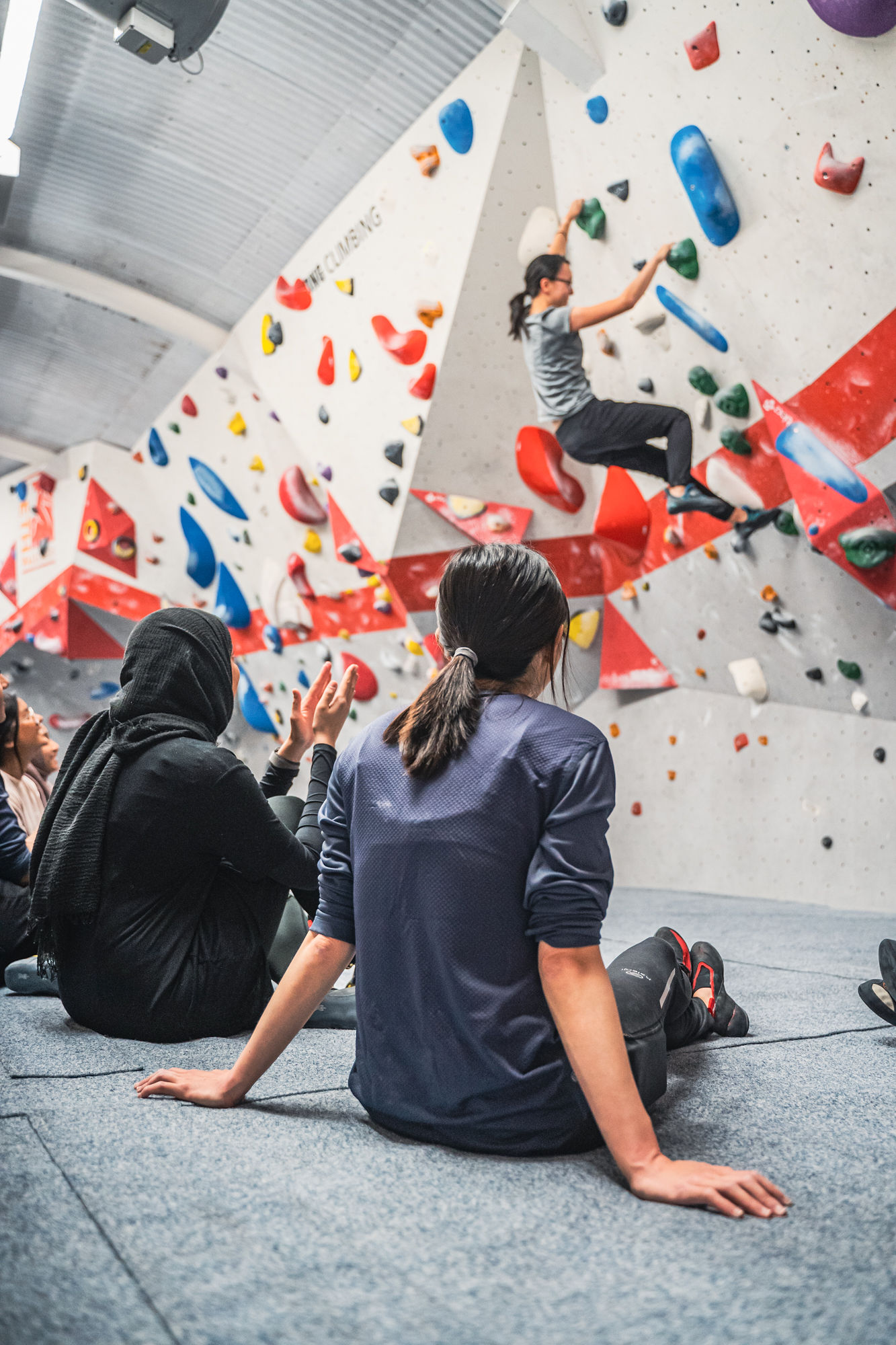 “Just because you are a person with tattoos, doesn’t mean that you’re less of a Muslim than someone who has a headscarf on. It’s all very superficial – a woman who drinks alcohol will be considered to be more liberal than a Muslim women who wears a veil, when in fact they could both be liberal in their own ways. What it means to be a Muslim woman means different things to different people and we need to reframe the mainstream narrative.”

Taking a more inclusive approach and wider definition of Muslim has come from Siddrah’s own Muslim identity. Like many British Muslims who grew up here, she has found her own expression of her religion. “I don’t consider myself to be overly practising,” she tells me. “With ClimbMuz, I’ve been able to bridge the gap between those who are actively practising and those who are less so.”

Now they are regularly climbing, some of ClimbMuz’s participants are also starting to see the mental and physical benefits that Siddrah discovered at the wall. According to Sport England, Muslim women are more likely to be inactive (completing less than 30 minutes of exercise a day) compared to all women in the UK. “I’ve discovered that there are members who have mental health issues and chronic health challenges, and climbing supports them,” she explains. “And I’ve realised that I would like to reach more people who would benefit in that way, but it can be hard to reach people when they aren’t necessarily going to think ‘Oh let’s try climbing.’” 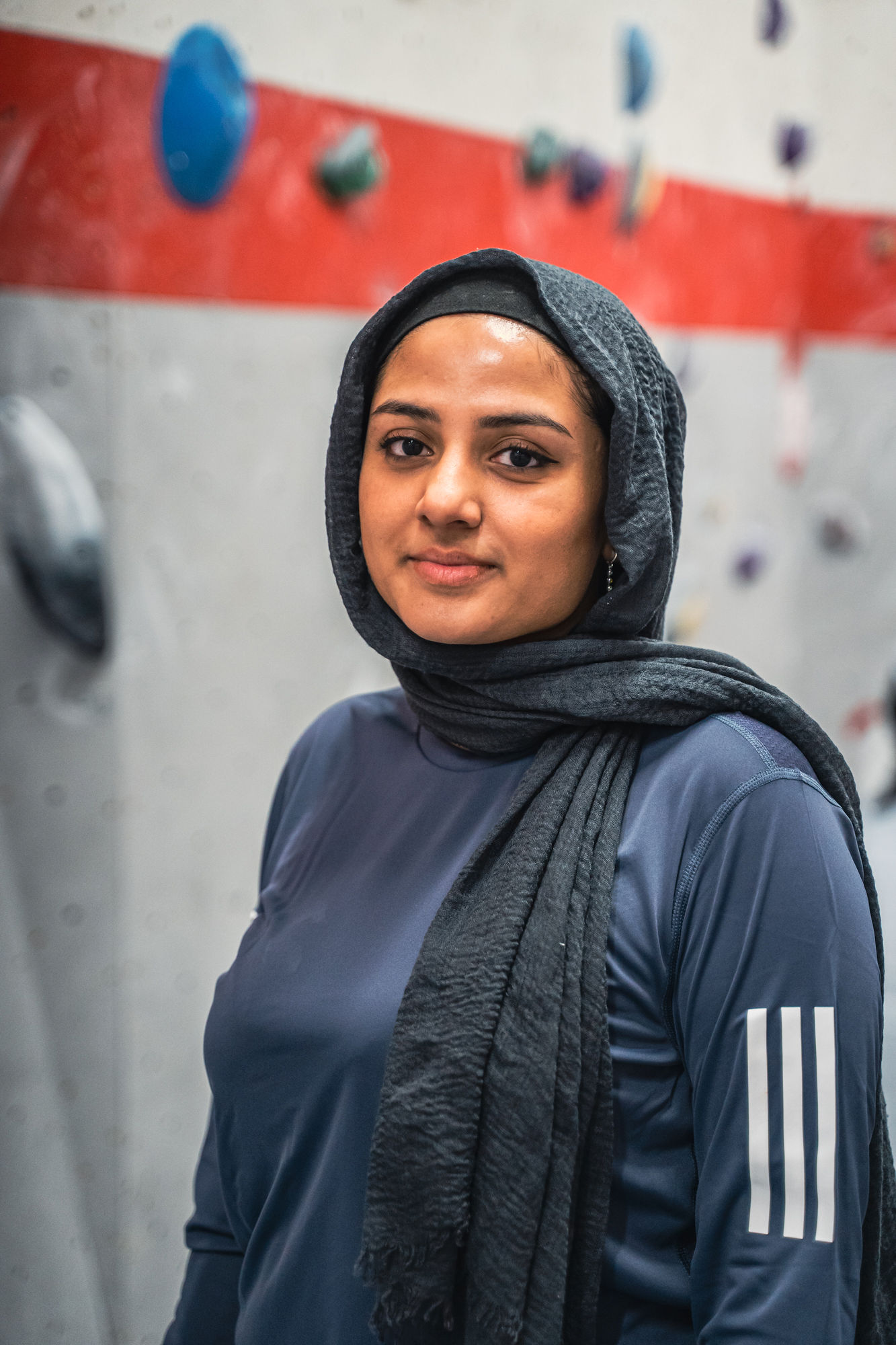 The results of not finding an attractive way to exercise are seen in the older generations, with the Muslim Council of Britain finding only 22 per cent of Muslim women over 65 in good health compared to 47 per cent of women overall. Groups like ClimbMuz are helping to tackle some of the barriers that keep Muslim women inactive, but more groups are needed to make large-scale change.

Expansion and growing reach is on Siddrah’s mind. “My vision would be to expand ClimbMuz across the UK,” she says. “But it’s not as easy as you might think. I want to keep the ethos and values of the original group. We are not about pushing people to get to the top of the wall. Instead I really enjoy helping people strive and improve, and challenging people’s expectations of themselves. They don’t realise how far they can actually go until they get on the climbing wall.

“I want it to grow and expand, and bring people into something new. I want to find others with a similar mindset. And it is a commitment to run regular sessions, so people really have to want to do it. For me, it isn’t just a group of Muslim women, minorities or a group of climbers, it’s a movement for change.”

Linkedin
OTHER ARTICLES
Hackney Bumps is a DIY sanctuary in the heart of East London, home to a thriving diverse community of skateboarders – and beyond.
The demonstration took place this week over plans to slash £50m from arts bodies in London.
We sat down with trans comic Jordan Gray to discuss the power of portraying complex characters, giving humanity the benefit of the doubt and getting naked on live TV.
Alternating between colour and black-and-white, the photographer chronicled sexual liberation, economic crises and the repercussions of the war in Vietnam.
Recent research is highlighting the drug’s enormous potential for treating substance abuse.
Proponents of personality tests argue that they’re necessary to find the best person for the job – but in practise, they’re often discriminatory.