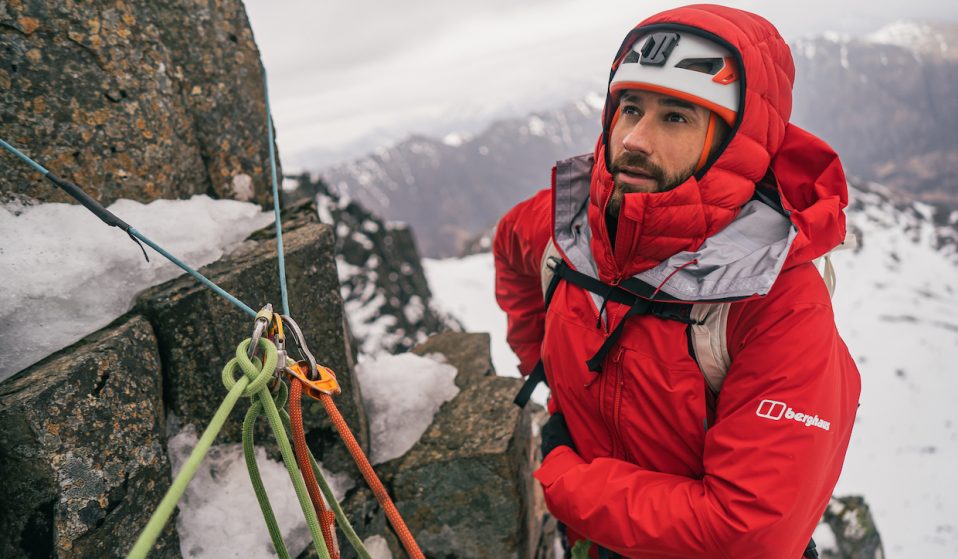 A new film from Berghaus traces the story of Adam Raja, who left behind a turbulent upbringing to discover the healing power of climbing.

A new film from Berghaus traces the story of Adam Raja, who left behind a turbulent upbringing to discover the healing power of climbing.

Adam Raja is a man with a difficult story to tell. Growing up in a deprived part of Glasgow, Adam’s turbulent upbringing was marred by racist bullying, and later an involvement with drug abuse and gang culture. At age 18, he found himself in prison for dealing drugs. After completing his sentence, Adam was determined to turn his life around. He journeyed into the mountains, after having virtually no exposure to this part of Scotland when he was younger, and it was there that he fell in love with climbing – something which would drastically change his life for the better.

From where he is today, Adam looks back at the bigger journey that has seen him redefine himself on a new path. A new film from Berghaus traces Adam’s story, and how the mountains for him went from conspiracy to one of the most important aspects of his life. Huck sat down with Adam ahead of the film to discuss environmental activism, his struggles to find acceptance among the traditional climbing community, and diversifying the outdoors.

Glasgow is comparatively close to mountains, the sea and National Parks, why do you think that some communities don’t feel that they are spaces for them to enjoy?

I think it’s complex. Spending time in the outdoors for leisure, and especially in the mountains, is a massive privilege and it comes with a lot of barriers, and I think there’s different barriers that affect different communities. So I just wasn’t aware of the mountain, even though you can be in the mountains in like half an hour from Glasgow. It wasn’t something our parents were doing, or our peers were doing, and I think it comes from the deprivation in Glasgow; it was a very industrial city. My grandparents just didn’t go outdoors for leisure. It just wasn’t something that was embedded in the culture.

While I did grow up in Glasgow and had those sorts of influences, my dad was from Pakistan. The countryside has been historically segregated, to an extent, and then that has been reinforced by the industry because there were no stories of people from our backgrounds. I do think representation matters.

How easy was it to be accepted by the traditional climbing community?

I certainly think in the climbing industry there can be a lot of elitism. When you already feel out of place in these spaces, you can be made to feel inadequate compared to the level of other people.

If I’m being completely honest I don’t know if I have been accepted, at least not  by the traditional community. It’s only really been in the past year that I’ve actually met people that I do go out climbing with. Frequently, most of them are new to the sport as well, and that’s why we’ve bonded.

I do really value the people that I do go climbing with because I haven’t always felt included. Without having been part of a bigger community or having other friends to introduce you it is really difficult. So I met people through Instagram, and then I went to a climbing club meet… There are a lot of amazing community groups doing the work to get people outdoors. So I think having groups that were quite welcoming and clubs really helped but I found it really difficult and daunting when I would just walk into the climbing gym and didn’t know anybody.

I’m from Glasgow, and there is a decent climbing community here. I imagine it’s even worse for marginalised communities and cities like London, for example, where they’re even more removed. 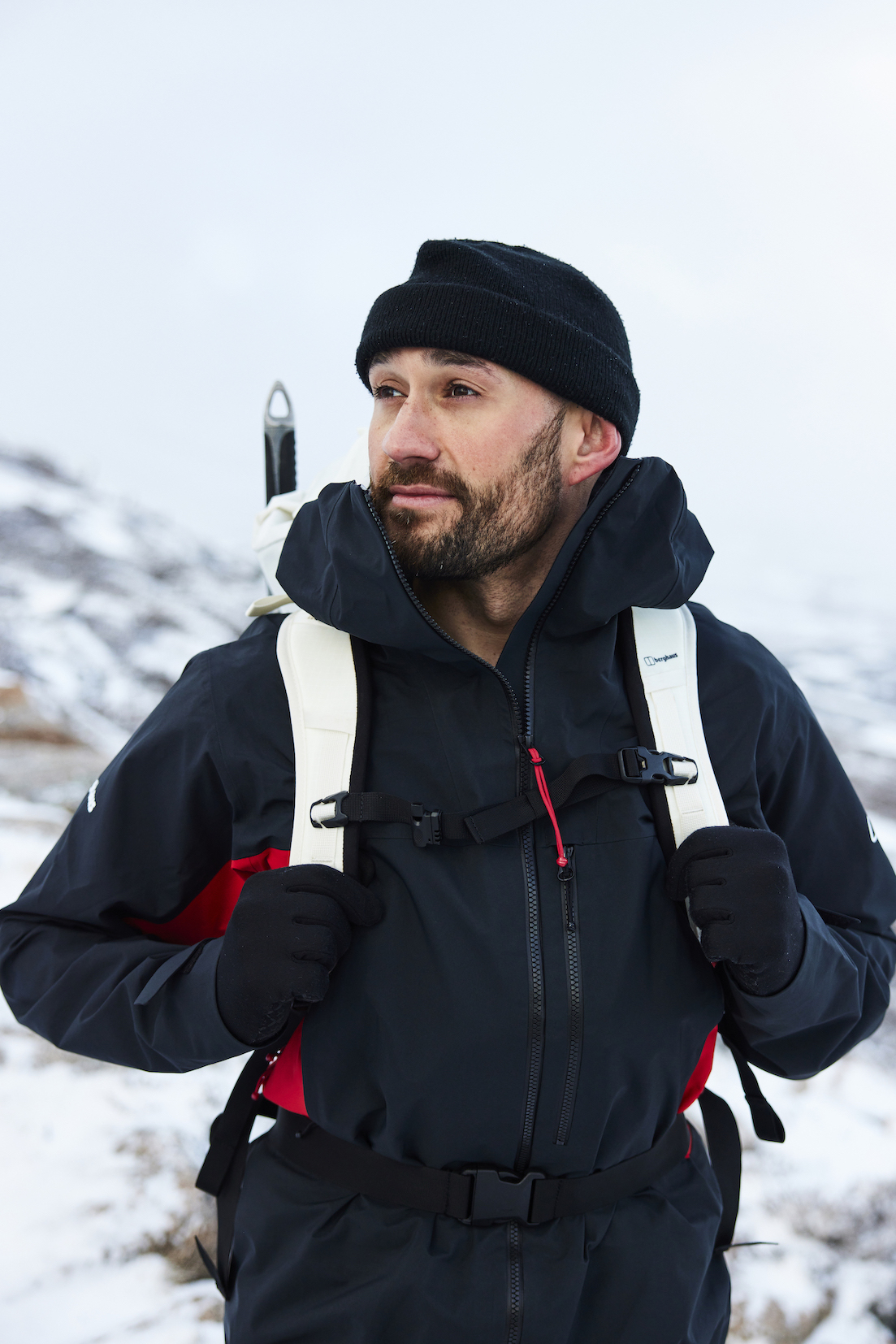 Is there anything you are able to take from your upbringing into climbing?

I was very shy. I was really sensitive. The racism, and the bullying that came from that, meant that for a long time, and for much of my childhood, I just wanted to hide in my gran’s house and play computer games. But I think as I got older, I realised that I was being stunted by those fears.

I was looking for that acceptance and respect – even in the gangs. I knew that being accepted by them would make my life easier. That life was also full of stress and anxiety. Like I was constantly in places where I was scared and felt uncomfortable. Violent crime and knife crime were big issues, but we were also worried about the police. So I was constantly having to operate in a high stress situation and never ever felt comfortable.

I think that’s not necessarily what I like about climbing, that’s why I can do it. I still get scared. I’m not naturally inclined to heights, so you’re in the middle of gale winds and blizzards, it’s scary, but I know how to operate with a lot of stress going on and remain calm and then lean into my fear to be able to overcome them. I think that’s something that’s sort of served me well and just being able to deal with that anxiety, and to just push on.

What could the climbing industry do to appeal to the younger version of yourself?

I remember seeing climbers when I was younger, there was a famous crag near where I grew up; it was just kind of an old quarry. I remember I used to drive past it with my mum, and looking at it thinking, ‘that’s really cool, but it’s not for me, it’s not something I can do’.

And I think a big part of that is the perception of it and then the limited access. We’re seeing a lot of work – from Berghaus for example and other brands and communities – put into shifting that perception for everyone. Climbing seems really dangerous on the surface, but I don’t think it’s any more dangerous than a lot of activities. Not everybody has to gravitate towards it and like it and benefit from it. But I think having that opportunity in the first place is really important.

It’s important that we tell stories about people that you don’t historically see represented in the outdoors and in the climate just so that people see it and perceive it as something that’s achievable. I thought climbing looked really cool and badass, but I didn’t see myself doing it. And maybe if I had seen people like me or felt that I would have been welcomed, I would have tried it. 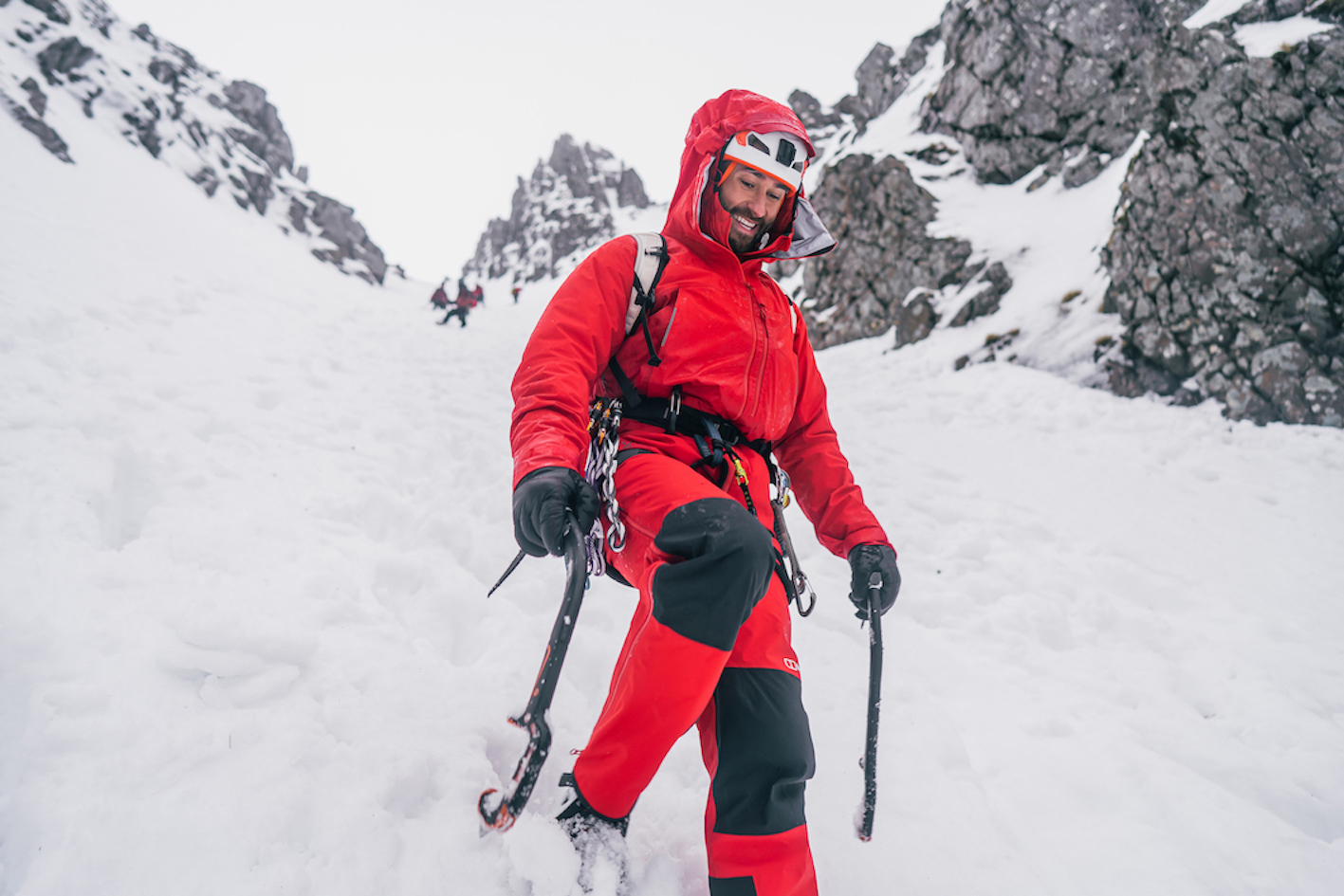 You now work for POW, when did environmental issues become important to you?

I feel cliche when I say this, but the outdoors has been really good to me; it’s been transformative. So as I became healthier and happier I started going out hiking and walking – and I was doing that alone, going out for like 10 hours, just appreciating this landscape and being alone with my own thoughts. So I was always really contemplative when I was in these places. And I was very aware that these places, the natural environment, they’re all at risk from things like climate change.

I just felt that it would be really hypocritical for me to go to these places where I have all these benefits, then not look to preserve that for other people, for future generations.

What can people who live in cities do to protect natural environments?

Working at POW, one thing we’re talking about just now is that we can all use our influence to advocate. So at the moment, for example, if we look at the UK’s policies, they’re not sufficient to achieve net zero. People who have dedicated their lives and careers to fighting climate change tell us net zero is how we get out of the climate crisis.

There are 24 million people that just get outdoors every weekend, for climbing or whatever. If 24 million people come together and use their influence to advocate for positive positive change, we can be hugely influential. The majority of us have a vote and ultimately if the majority is demanding ambitious climate policy from our leaders, they’re gonna have to deliver on that. So if you’re not registered, registering to vote is a good start. You don’t have to vote for a particular party – vote for a party that has climate policy that you support.

In the UK we’re somewhat sheltered from the more extreme impacts of climate change. We don’t see the extreme flooding in Pakistan, for example, but that doesn’t mean it’s not going to impact people in cities [in the UK], especially more deprived communities are always the ones worst impacted, whether that’s air quality, or water quality. Western cultures are more privileged. It’s about using that influence and privilege that we have, and leading by example to bring about that change.

The Outsiders Project is dedicated to diversifying the outdoors. Follow us on Instagram, read more stories or find out more about partnering with us here.

Linkedin
OTHER ARTICLES
A recent High Court ruling against the right to wild camp in Dartmoor National Park sparked the largest land protest in history – and campaigners say their fight is not over yet.
A new law change is enabling Britain’s donor-conceived children to know the truth about their origins – but campaigners say the fertility industry must do more to protect people.
As she gears up for the release of her first book, the 24-year-old climate activist talks standing up to authority and building a more inclusive movement.
A new film from Berghaus traces the story of Adam Raja, who left behind a turbulent upbringing to discover the healing power of climbing.
Filmmaker Laura Poitras discusses her new documentary which traces the remarkable life of the artist-activist and the impact of her battle against the US opioid crisis.
Theo McInnes’s photos of the annual event provide an intriguing snapshot of contemporary Britain.