News & Politics / A view from Washington’s streets on inauguration day 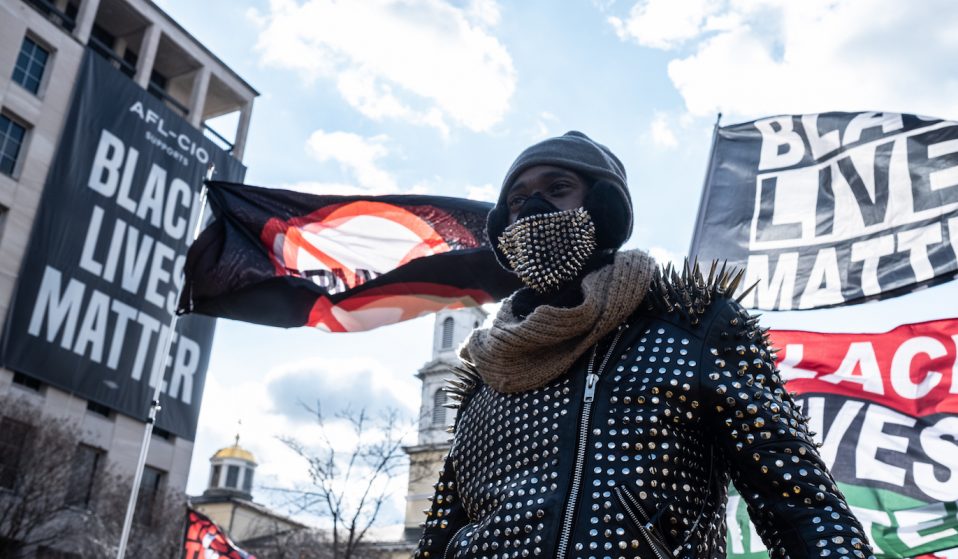 Photographer Wil Sands headed down to DC on the day Joe Biden was sworn in as President, capturing BLM protests and tight security on the otherwise eerily quiet streets.

Photographer Wil Sands headed down to DC on the day Joe Biden was sworn in as President, capturing BLM protests and tight security on the otherwise eerily quiet streets.

American’s pride themselves on their democracy. They’re so proud of it, they spent an awful lot of money, resources and lives attempting to impose it on mineral and oil-rich countries across the world. They refer to the US general election, which happens on the first Tuesday in November every four years as ‘the greatest exercise in democracy’, their Capitol, where the second seat of Government sits, a temple to their democracy.

In the last few months, however, that democracy and that very temple have come under sustained attack. Following the general election last November, incumbent, and loser, Donald Trump refused to concede, instead propagating myths around stolen votes and widespread fraud. He encouraged his supporters out onto the streets and told them to march on the Capitol. And they did so, with deadly consequences.

Yesterday, the transition of power between the 45th and 46th President of the United States finally ended with the inauguration of Joe Biden on the steps of the Capitol. Following the January 6 insurrection, with the list of credible threats numerous, the streets of D.C. were empty. Normally inundated with supporters and well-wishers on inauguration day, they were instead replaced by some 25,000 National Guard who, along with an eight-foot security fence, protected the ceremony.

The joint threat of far-right terrorism and the ongoing coronavirus pandemic which has claimed over 400,000 lives in the US kept most well away. Despite this, a small cluster of Black Lives Matter demonstrators were present in the newly renamed Black Lives Matter Plaza, just next to the White House as Biden and Kamala were sworn in.

We sent photographer Wil Sands to D.C. to report on a once in a lifetime inauguration to get the view from the streets. 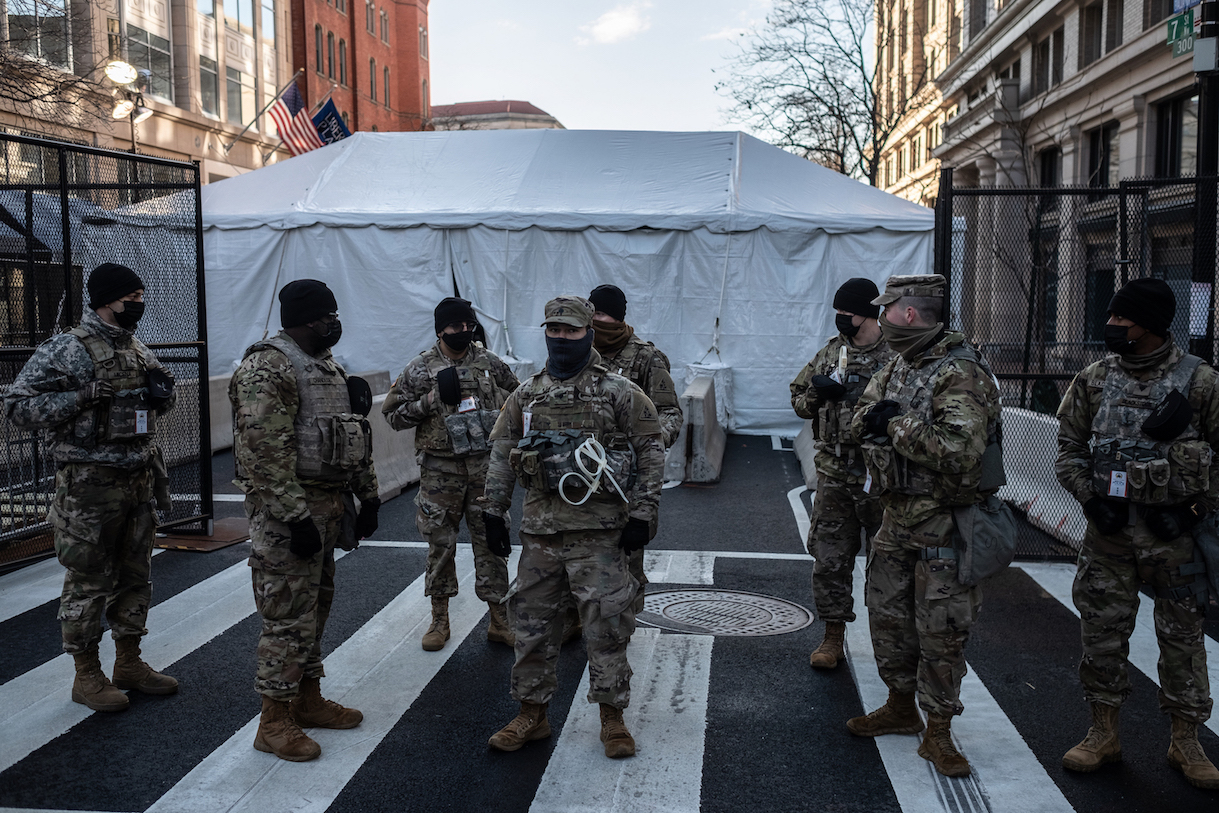 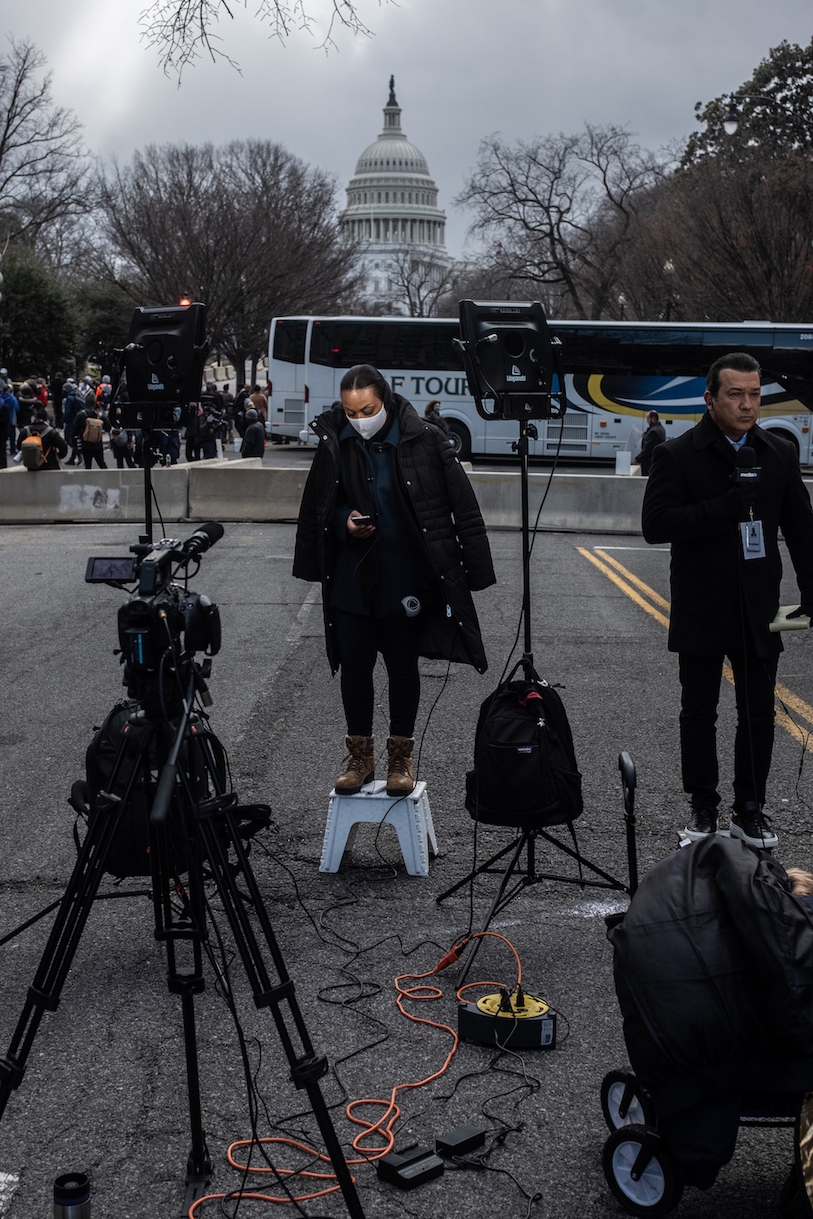 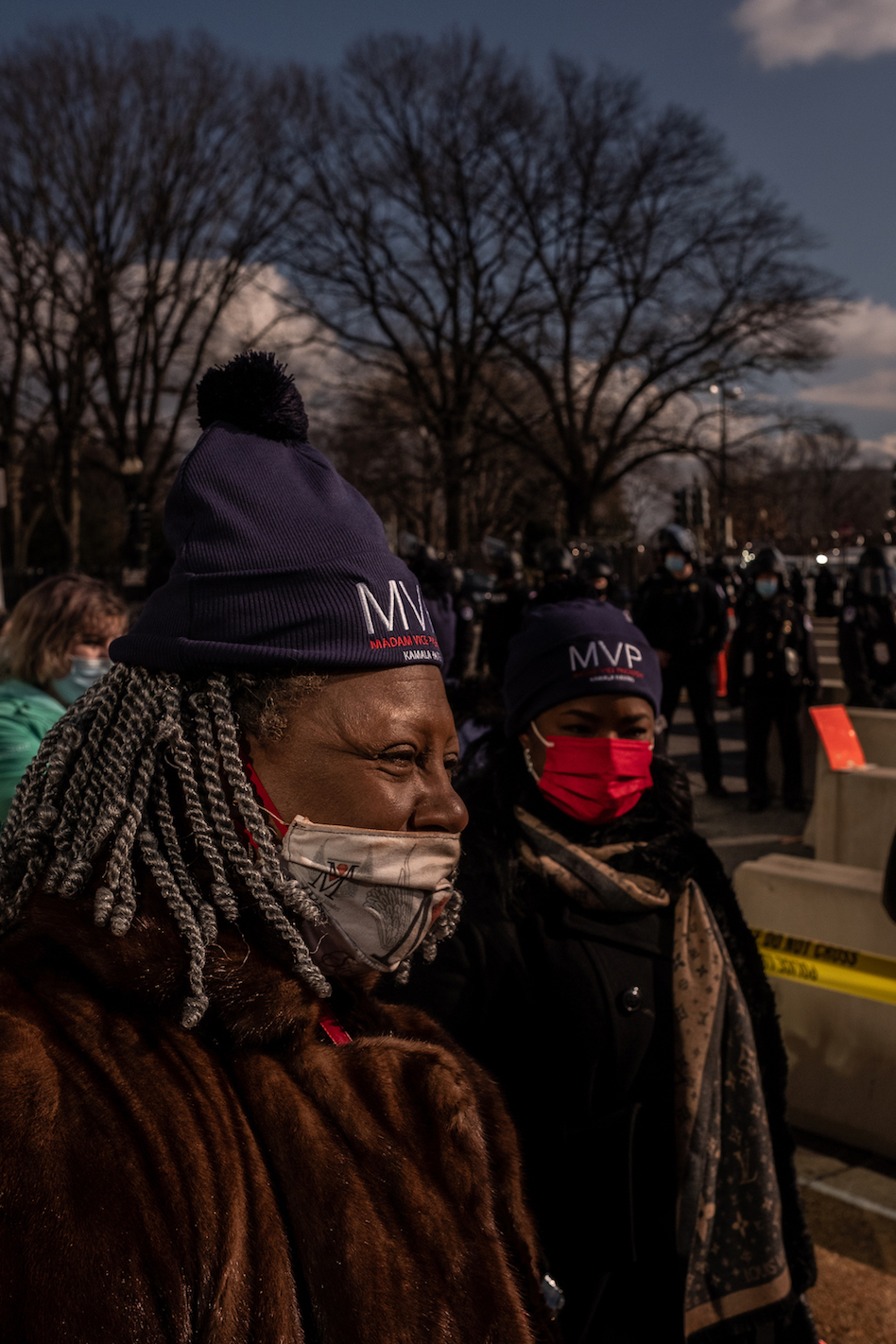 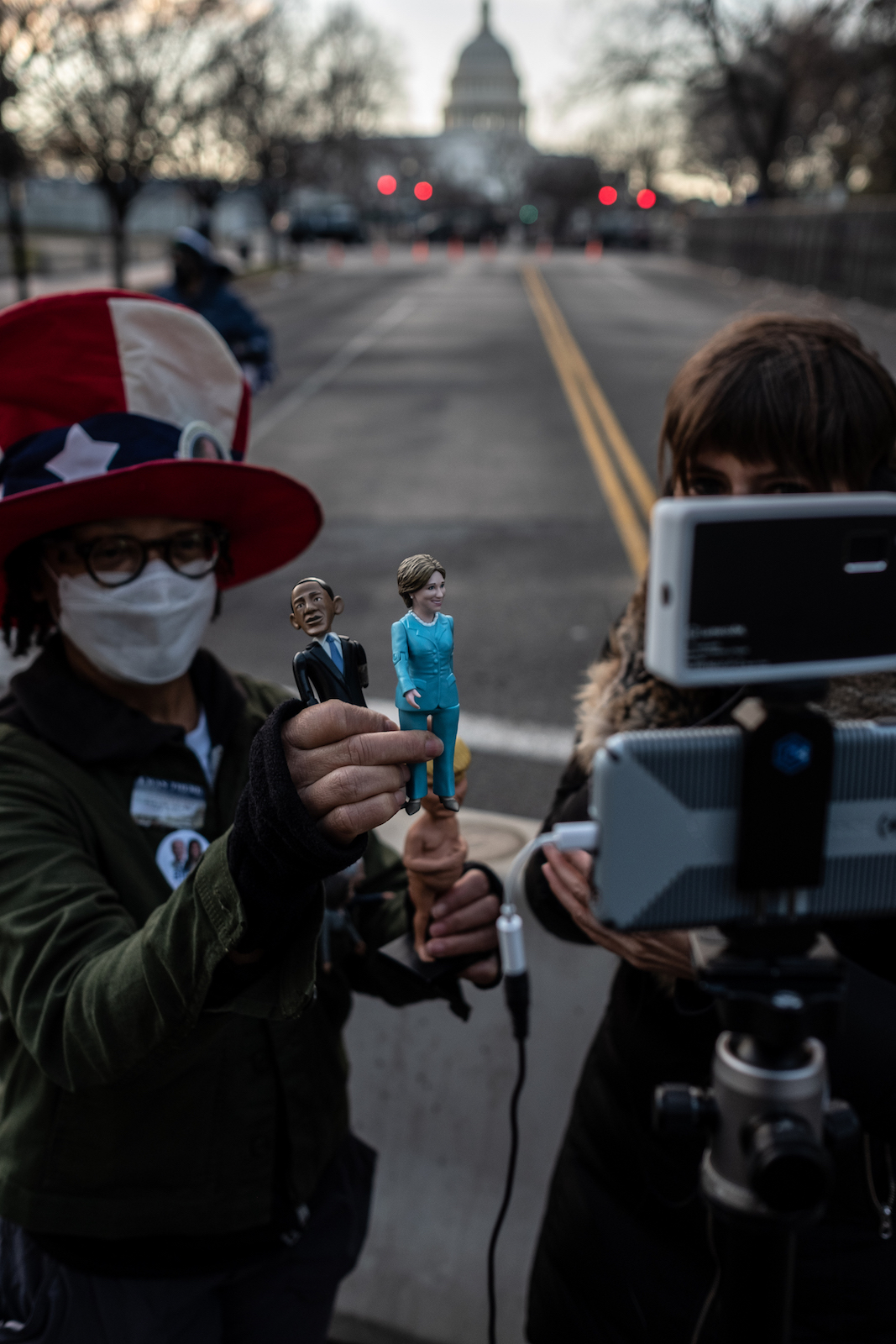 Terri McLane, 51, from Seattle, Washington came to the capital to show her support to the incoming president. 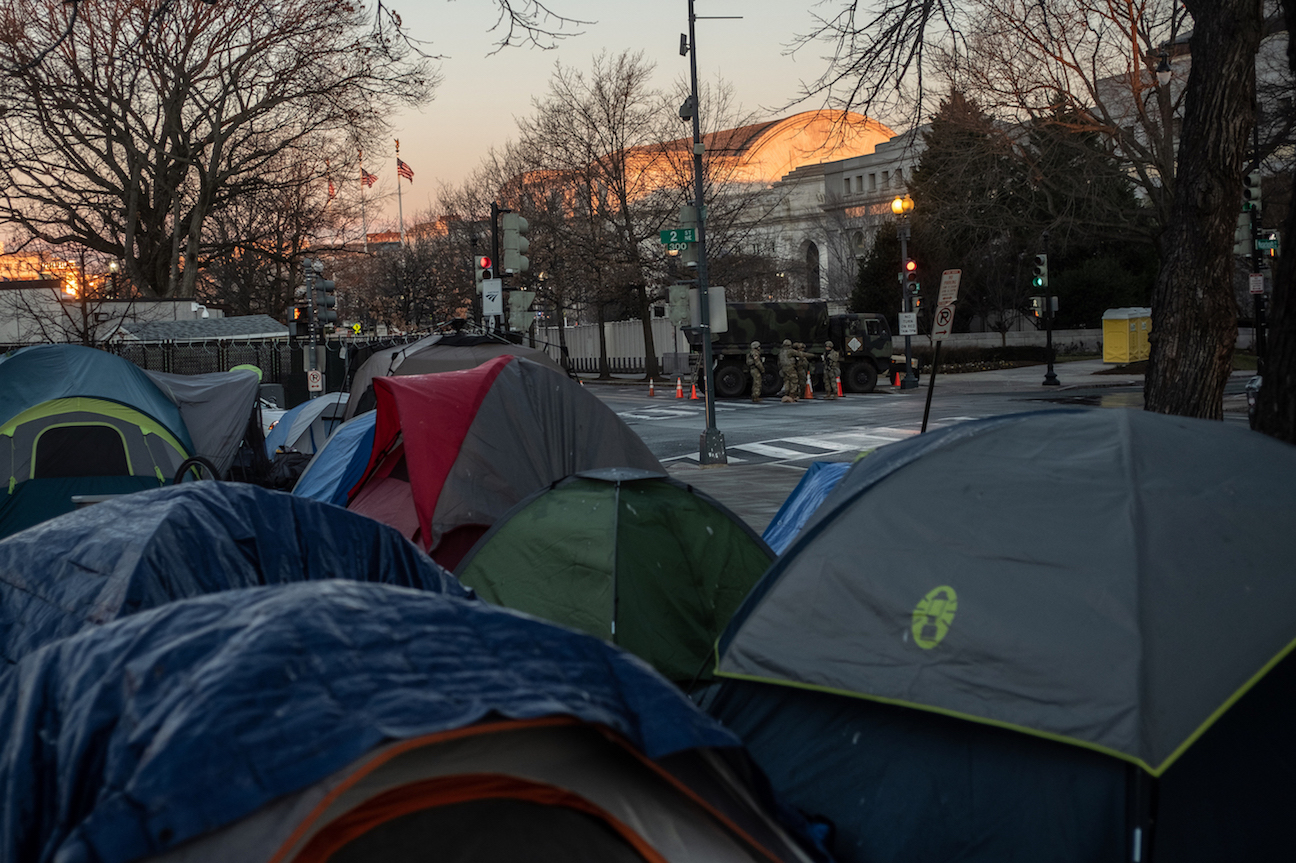 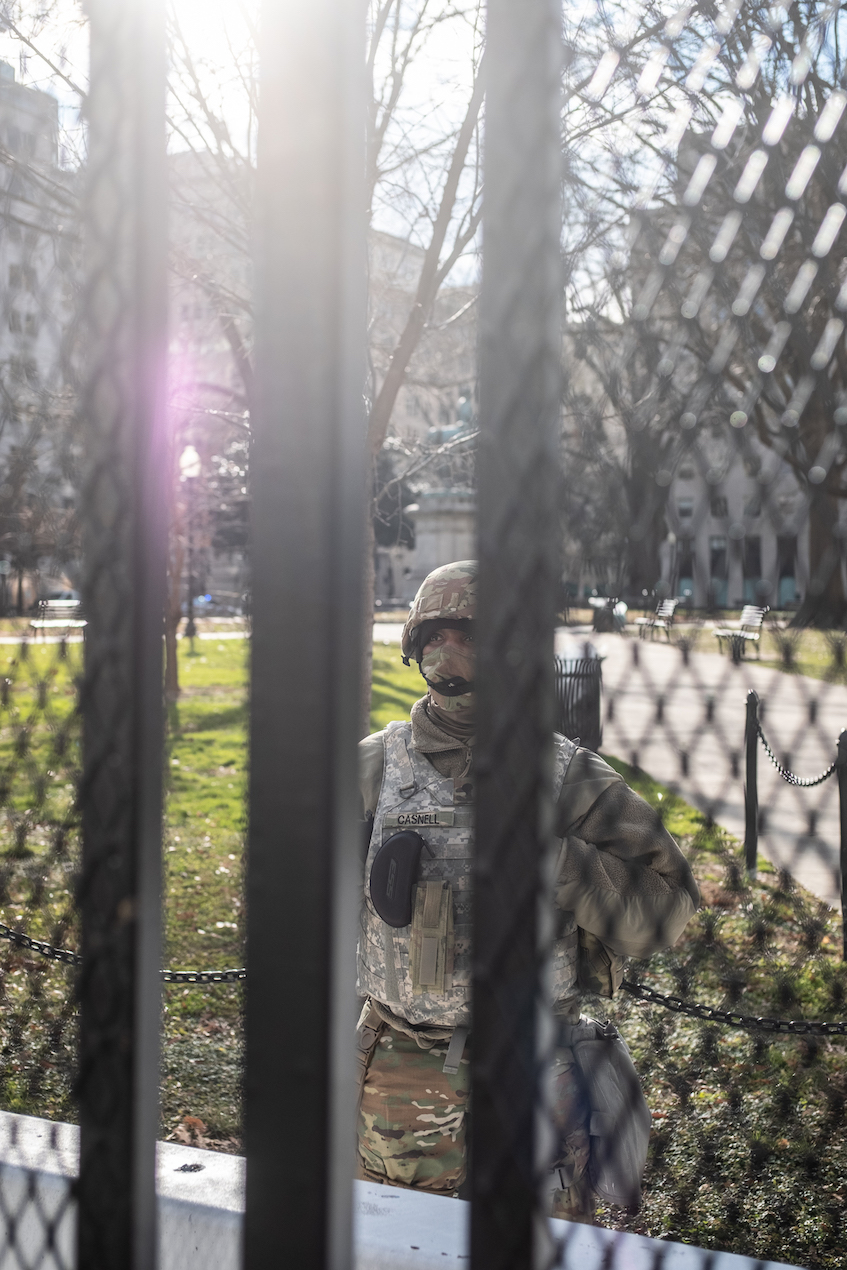 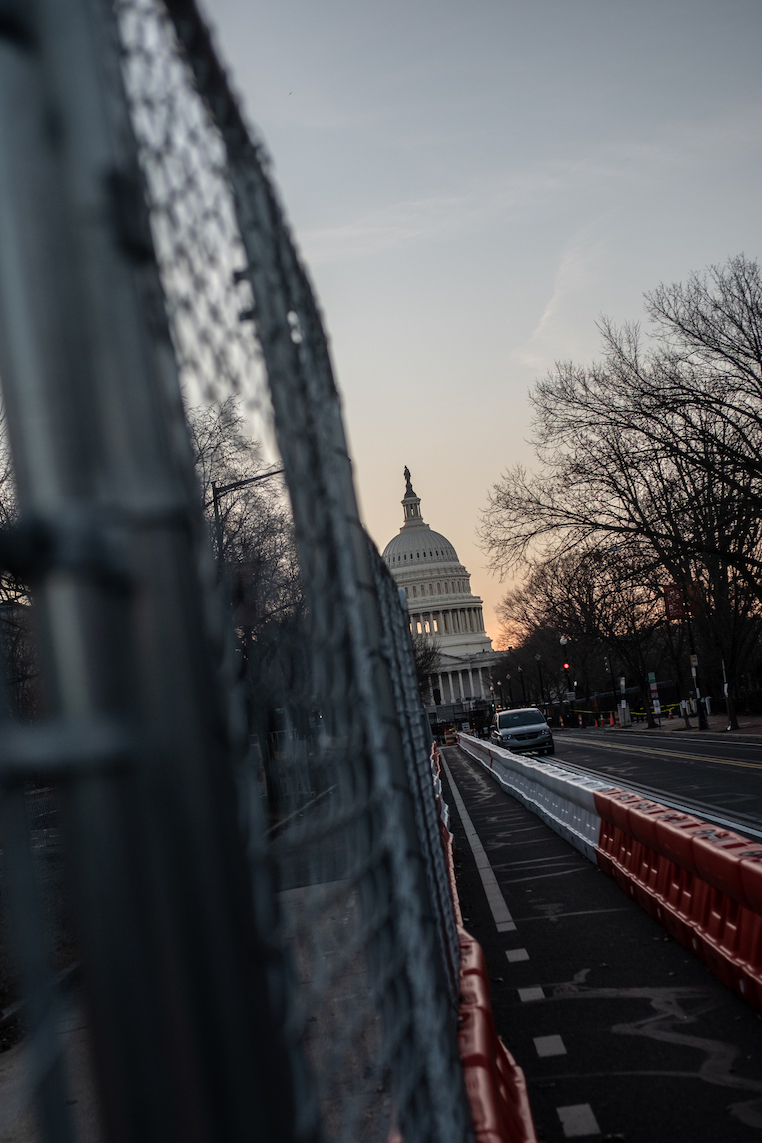 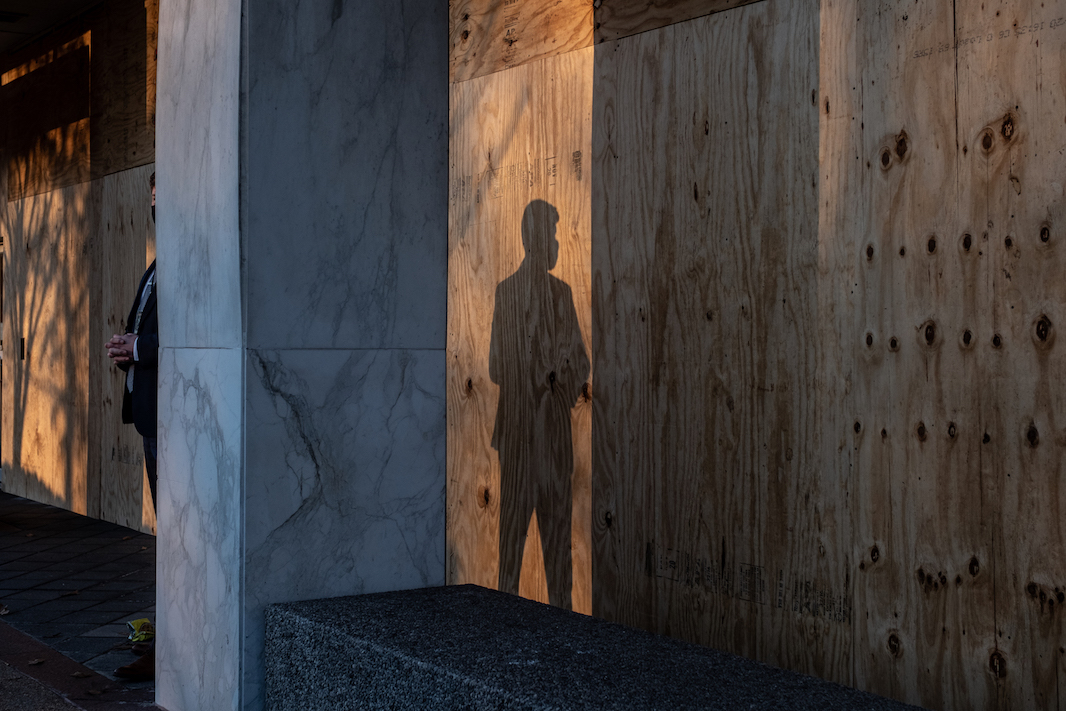 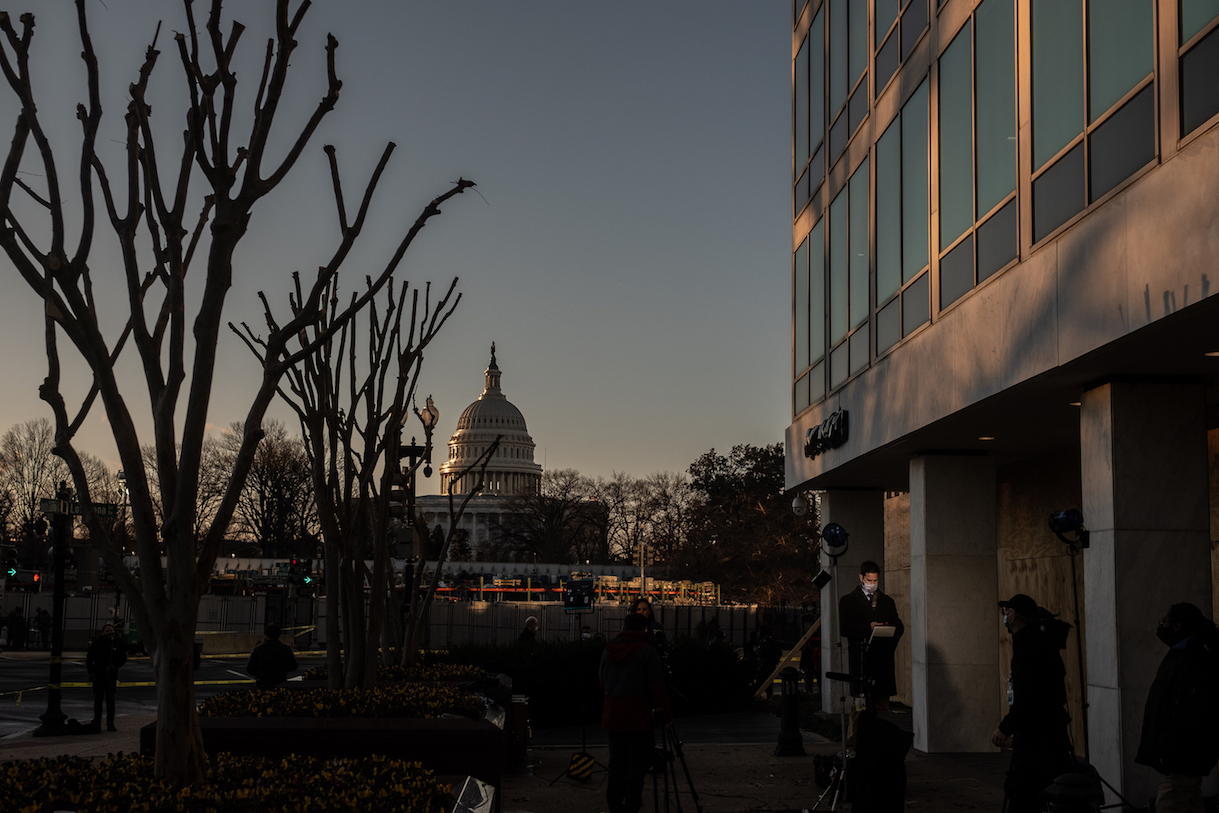 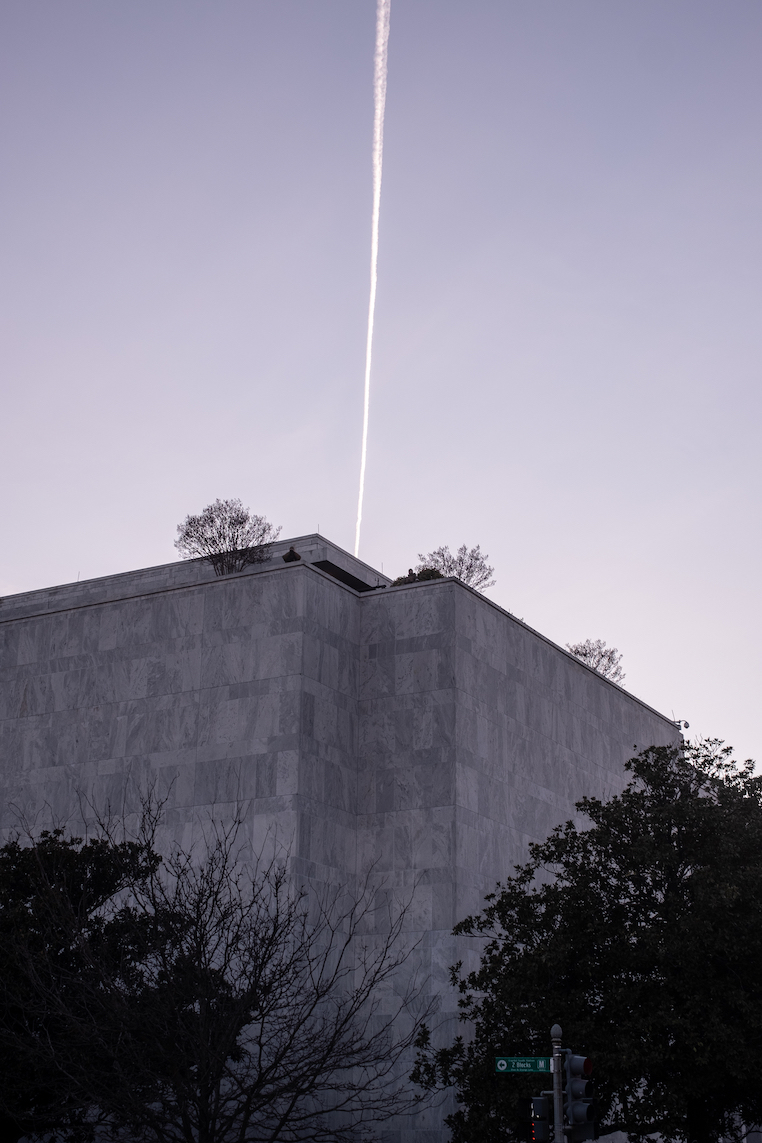 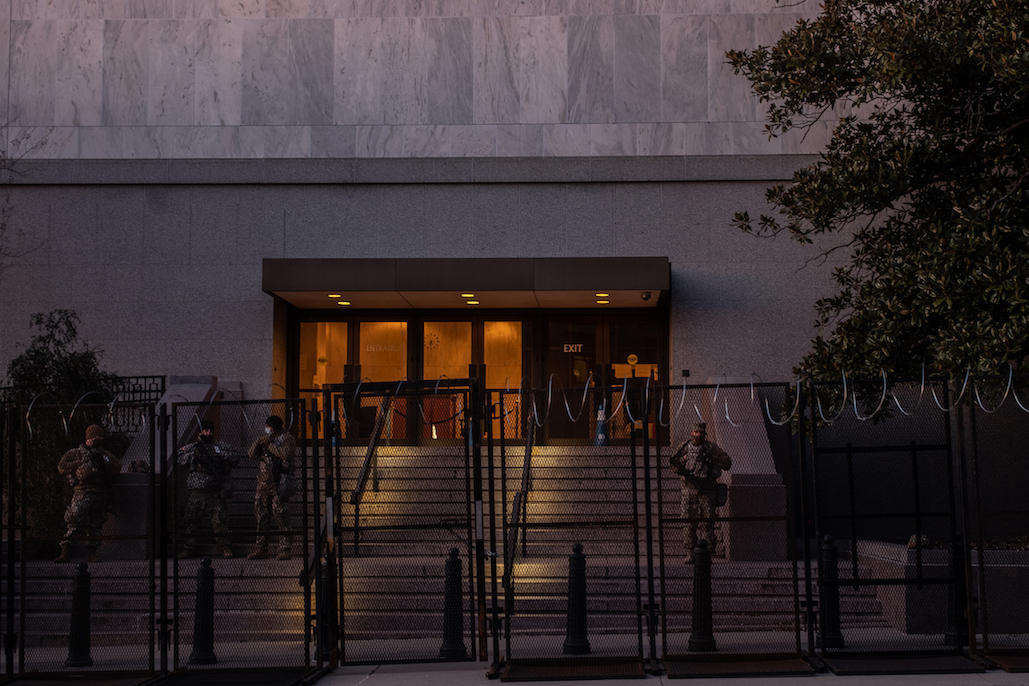 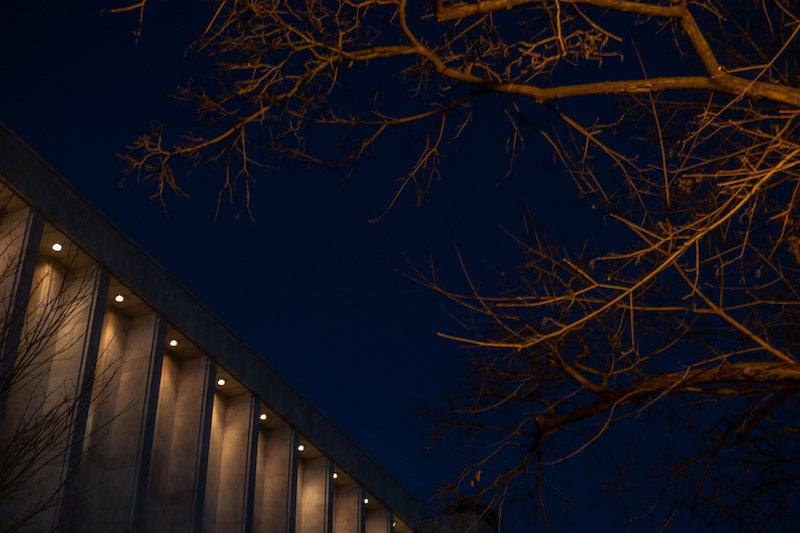 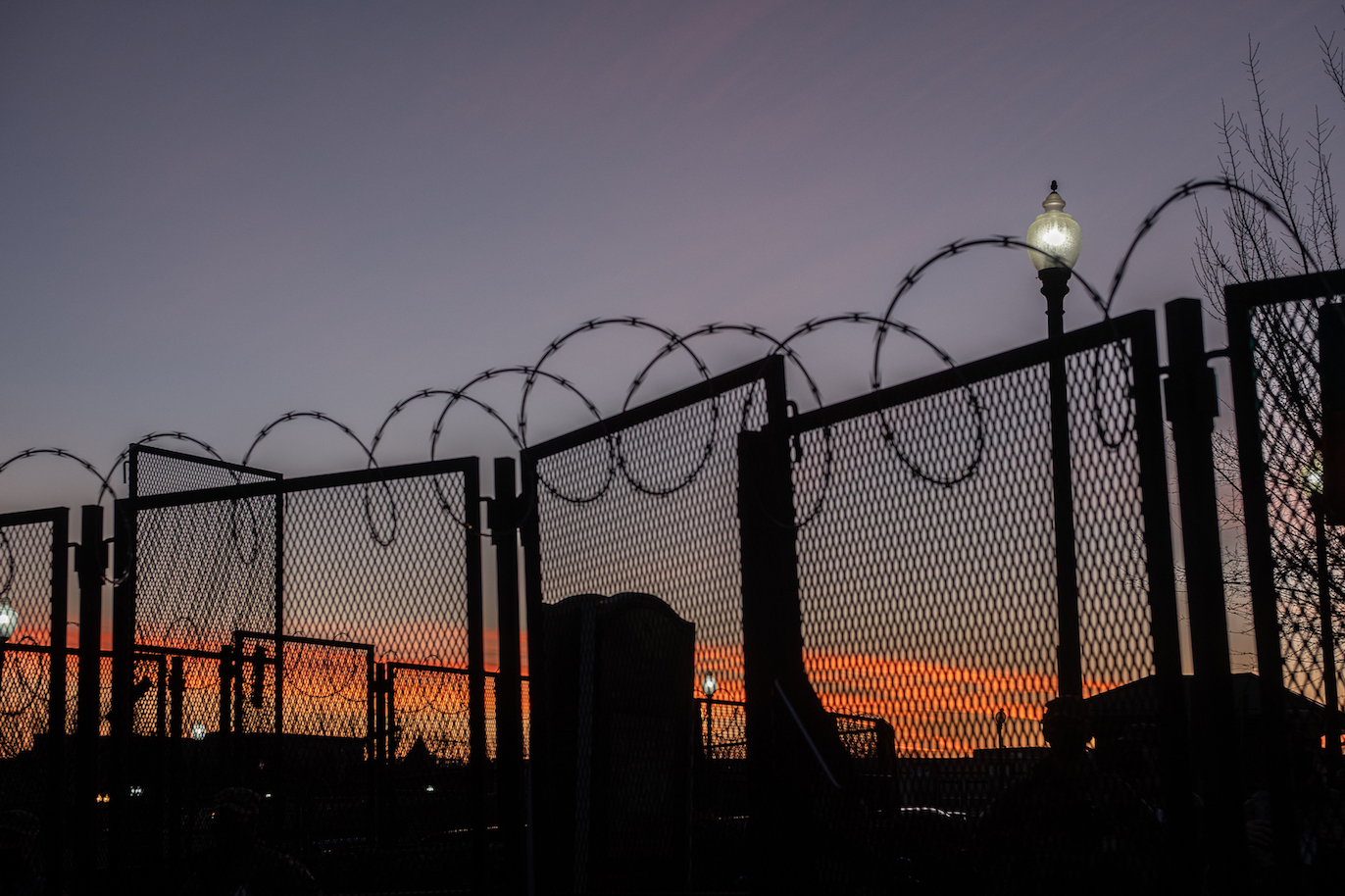 Linkedin
RELATED ARTICLES
OTHER ARTICLES
Photographer David Corio’s archive offers a glimpse inside a revolutionary era of music and nightlife.
Following the announcement of an 80% hike in the energy price cap from 1st October, crowds gathered outside the offices of energy regulator Ofgem to protest and declare their intention to undertake a payment strike.
Demonstrators gathered outside of Parliament to voice their concerns about the monarchy and the crackdown on dissent.
A group of young Palestinians have found temporary freedom in the act of parkour, reimagining wreckage and ruins as a series of high-octane playgrounds.
Ahead of the release of their first collaborative album, the producer and rapper talk psychedelics and the state of UK hip hop.
With skyrocketing rents, packed out viewings, bidding wars and more, renting in London has never been harder.