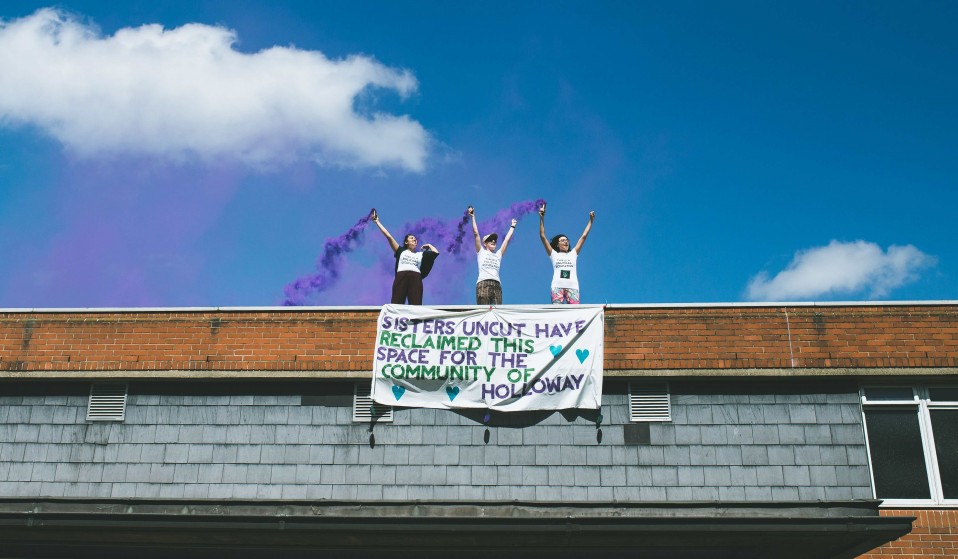 A London prison has been occupied by direct action group Sisters Uncut, determined to put domestic violence services at the heart of this general election.

A prison in North London has been occupied by feminist direct action group Sisters Uncut, determined to put domestic violence services at the heart of this general election.

Activists from feminist direct action group Sisters Uncut have occupied part of the recently closed Holloway Prison in North London, as they escalate their campaign for increased resources for domestic violence services.

At 2:30pm on Saturday afternoon, eight women from the group entered the visitor’s centre of the women’s prison – which shut its doors in 2016 – while over 100 supporters rallied outside.

The action comes as general election campaigning once again gets into full flow, with Sisters Uncut having spent years trying to highlight the catastrophic impact sweeping cuts to domestic violence services are having. According to Women’s Aid, refuges are now being forced to turn away two thirds of women seeking safety. When it comes to BME women, that number rises to 4 in 5. 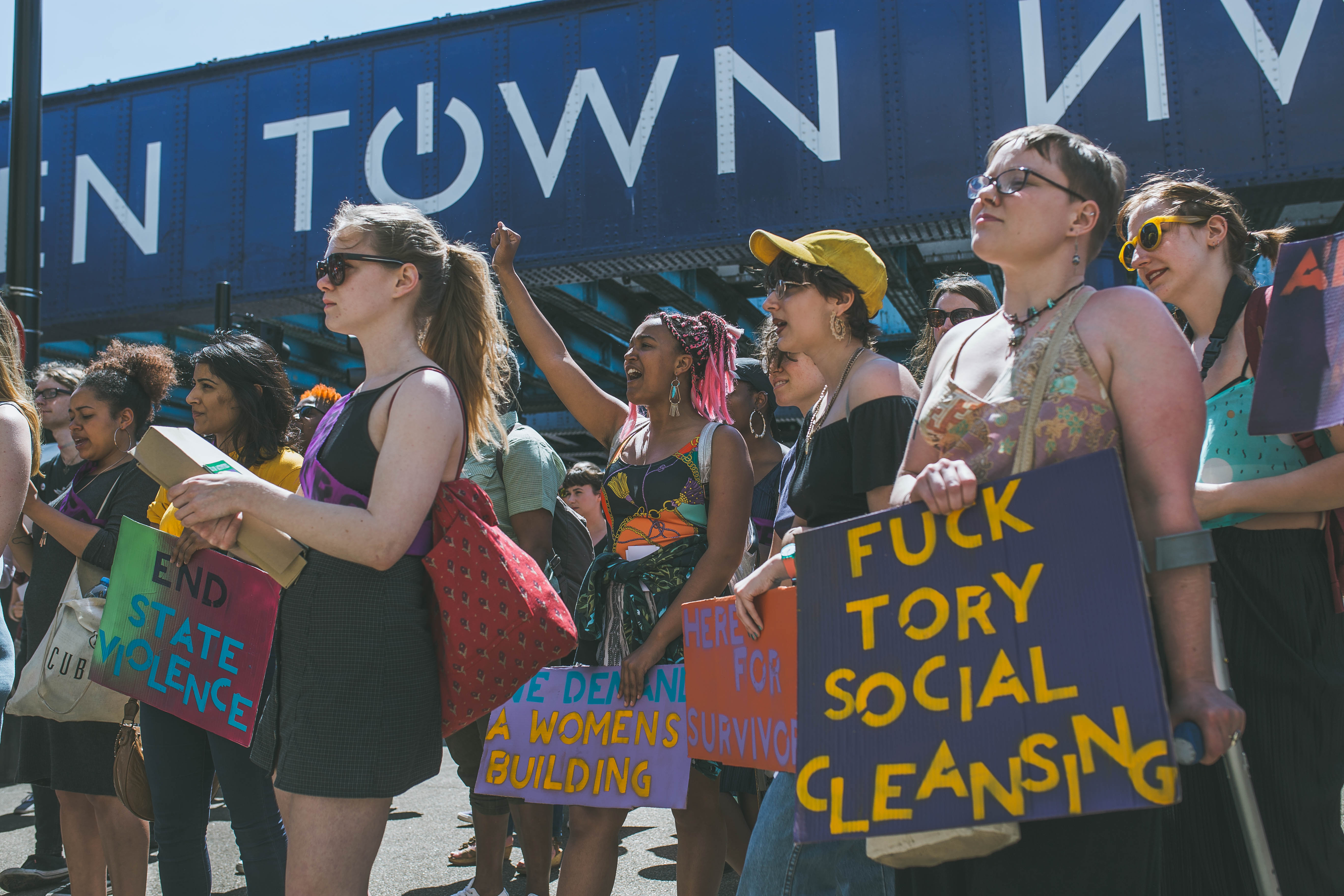 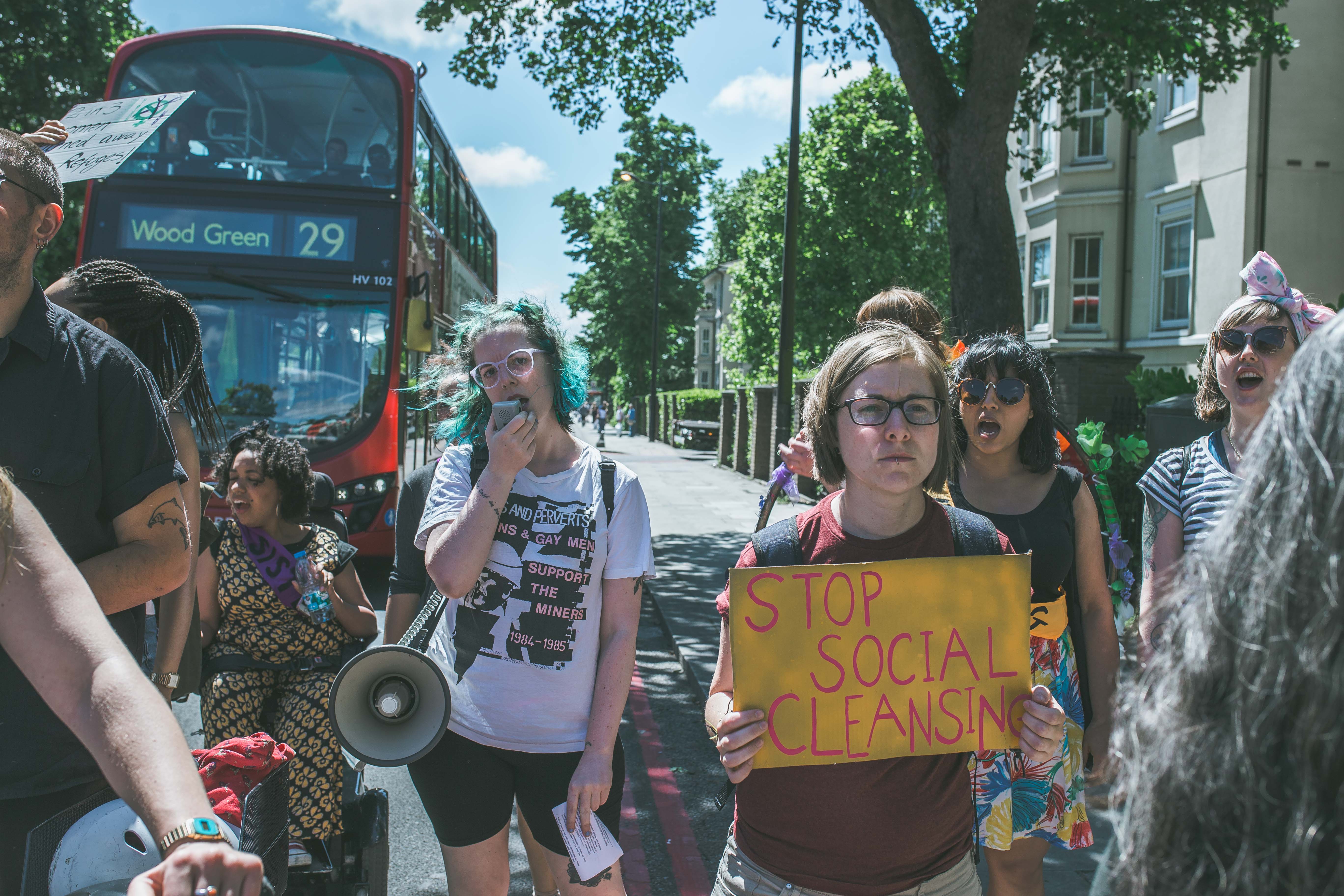 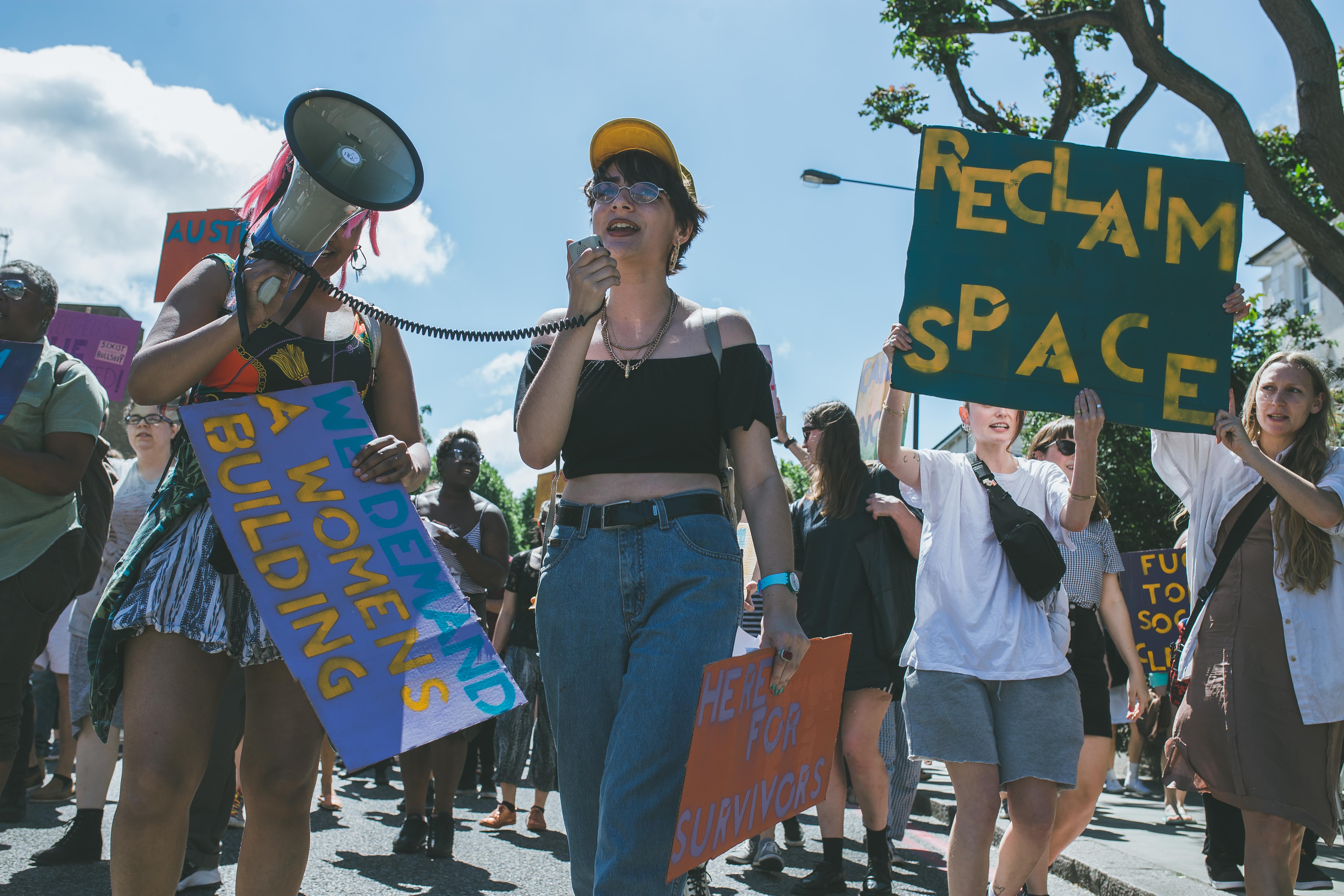 Holloway Prison, the largest women’s prison in Western Europe, closed suddenly in 2016 and the buildings have been left empty since. Sisters Uncut plan to maintain their ‘reclamation’ for a week, holding workshops on women’s well being, self-defence and legal rights in the space, and long-term want to see the prison turned into a women’s centre.

Emergency services were on the scene quickly, although at present no arrests have been reported. Flares were let off and placards raised on the roof, as those inside began preparing the space for community workshops and events. Police officers continue to surround the building, although after a ten hour stand off the activists now say the space is secured. 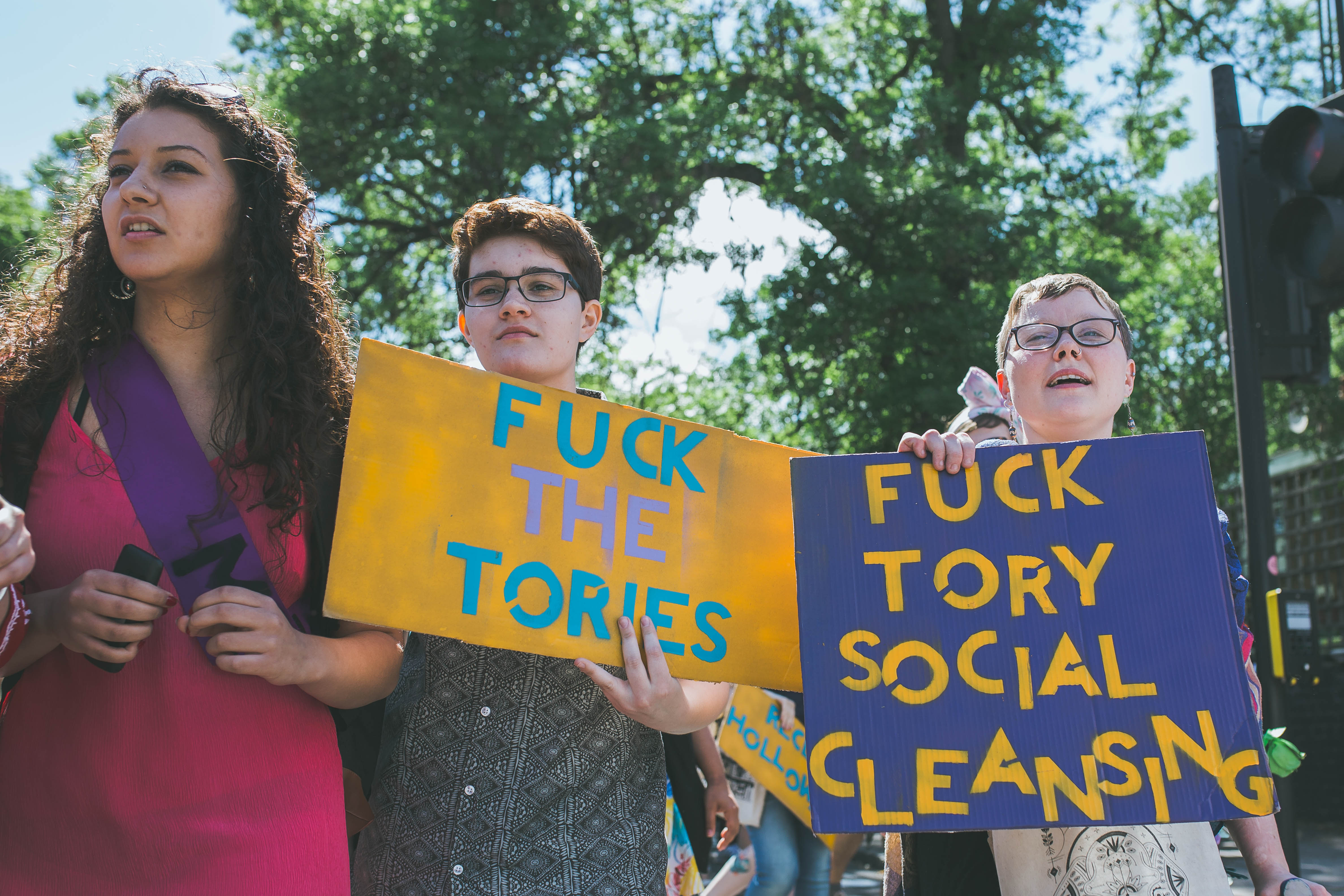 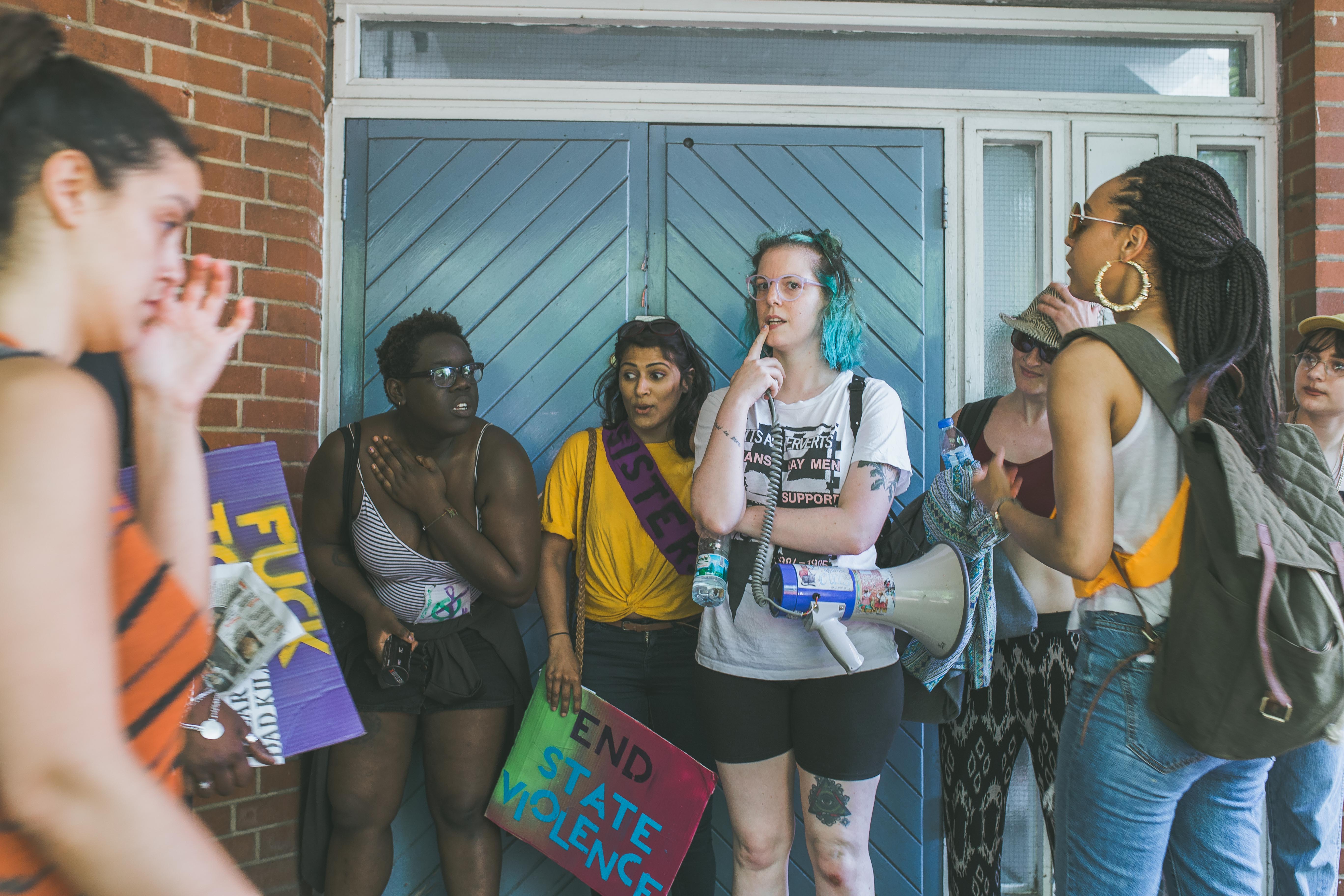 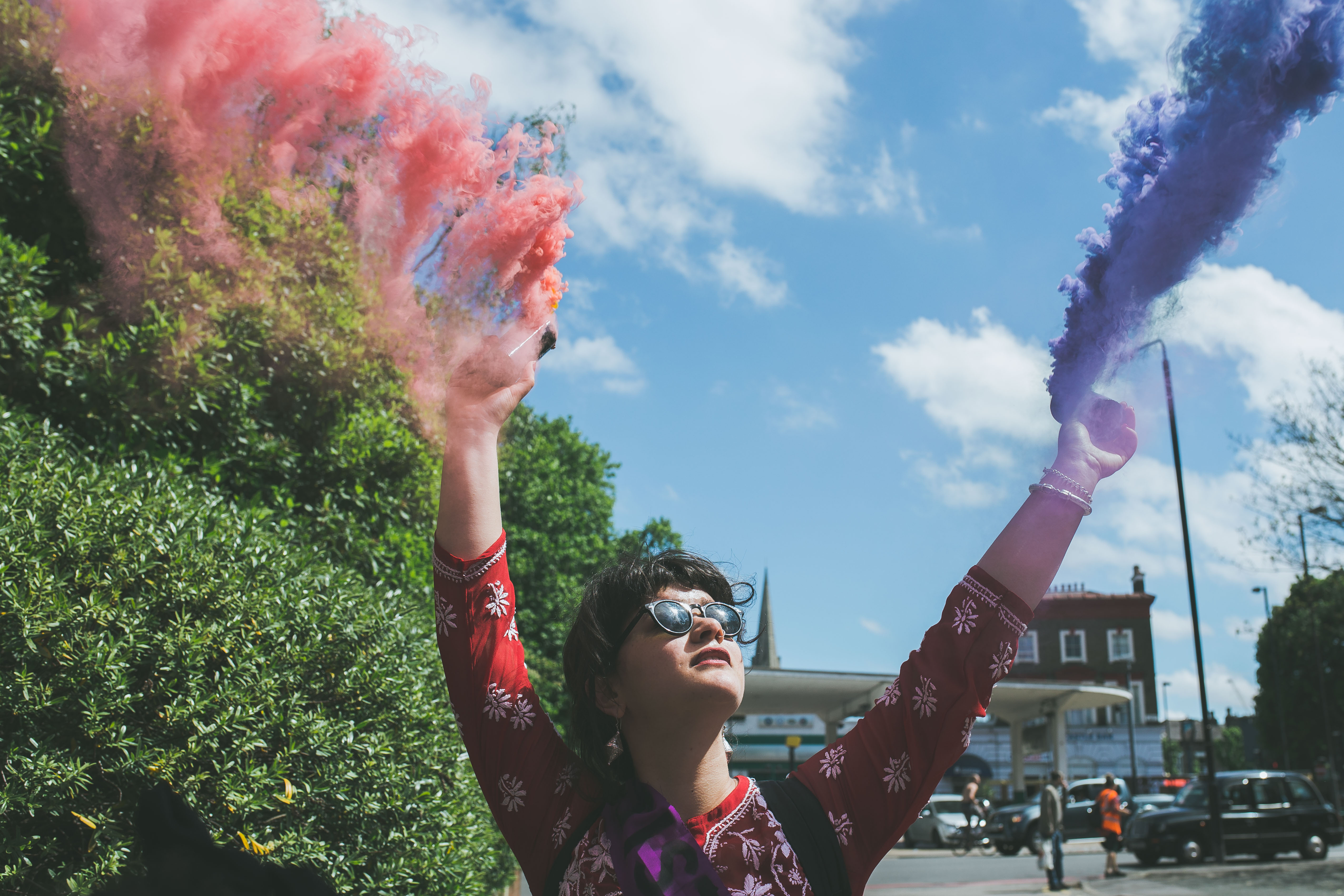 “We are reclaiming the former prison, a site of violence, to demand that public land is used for public good,” Sisters Uncut activist Aisha Streetson told Huck. “Prisons are an inhumane response to social problems faced by vulnerable women – the government should provide a better answer.”

The prison itself has a history of radical protest, it was inside the compound that a number suffragettes demanding women’s voting rights were imprisoned and force-fed on their hunger-strikes: Anne Miller Fraser, Constance Markievicz, Charlotte Despard, Mary Richardson, Dora Montefiore, Hanna Sheehy-Skeffington, and Ethel Smyth were just some of those to be incarcerated here.

Photographer Theo McInnes spent the afternoon with the women and non-binary campaigners. 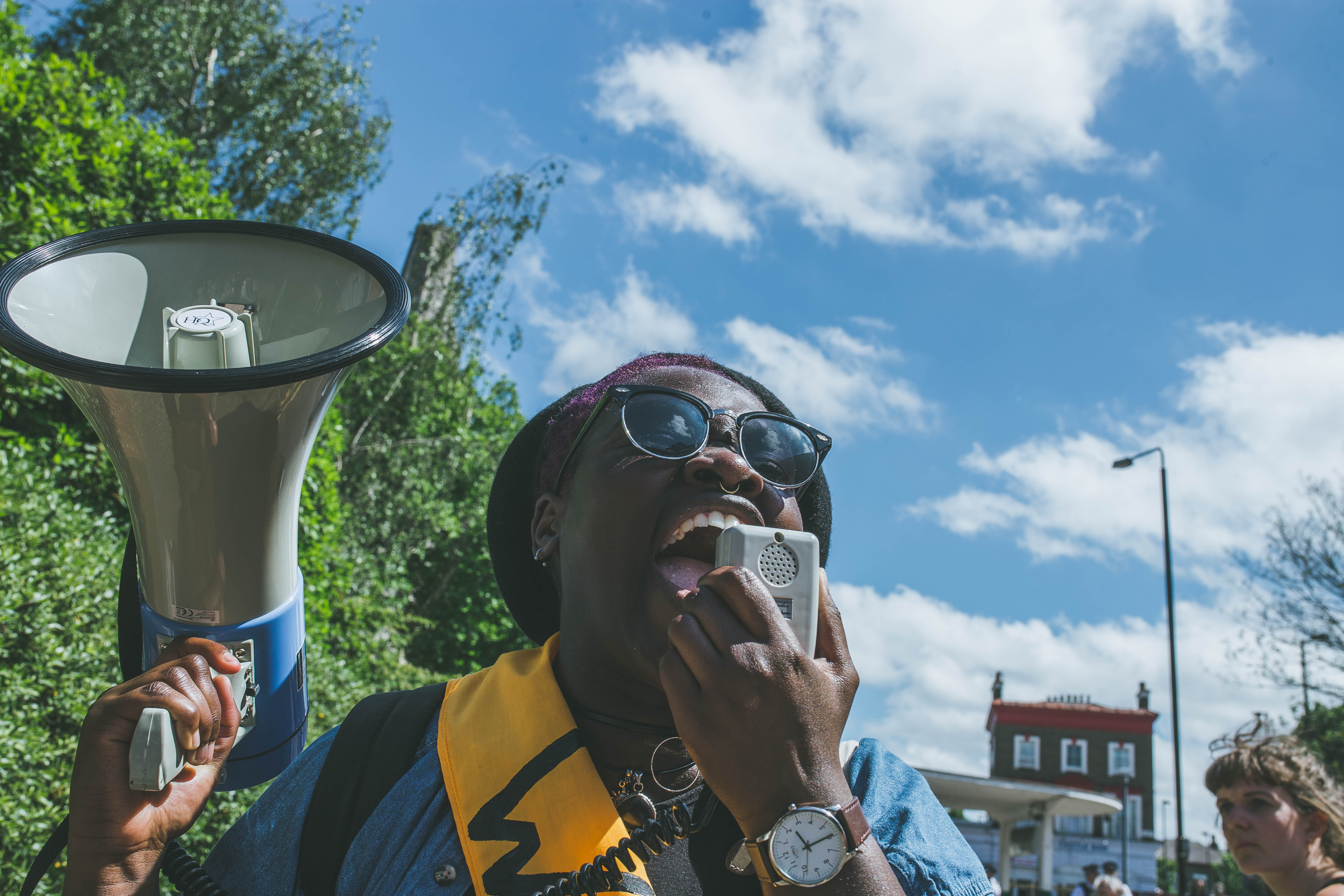 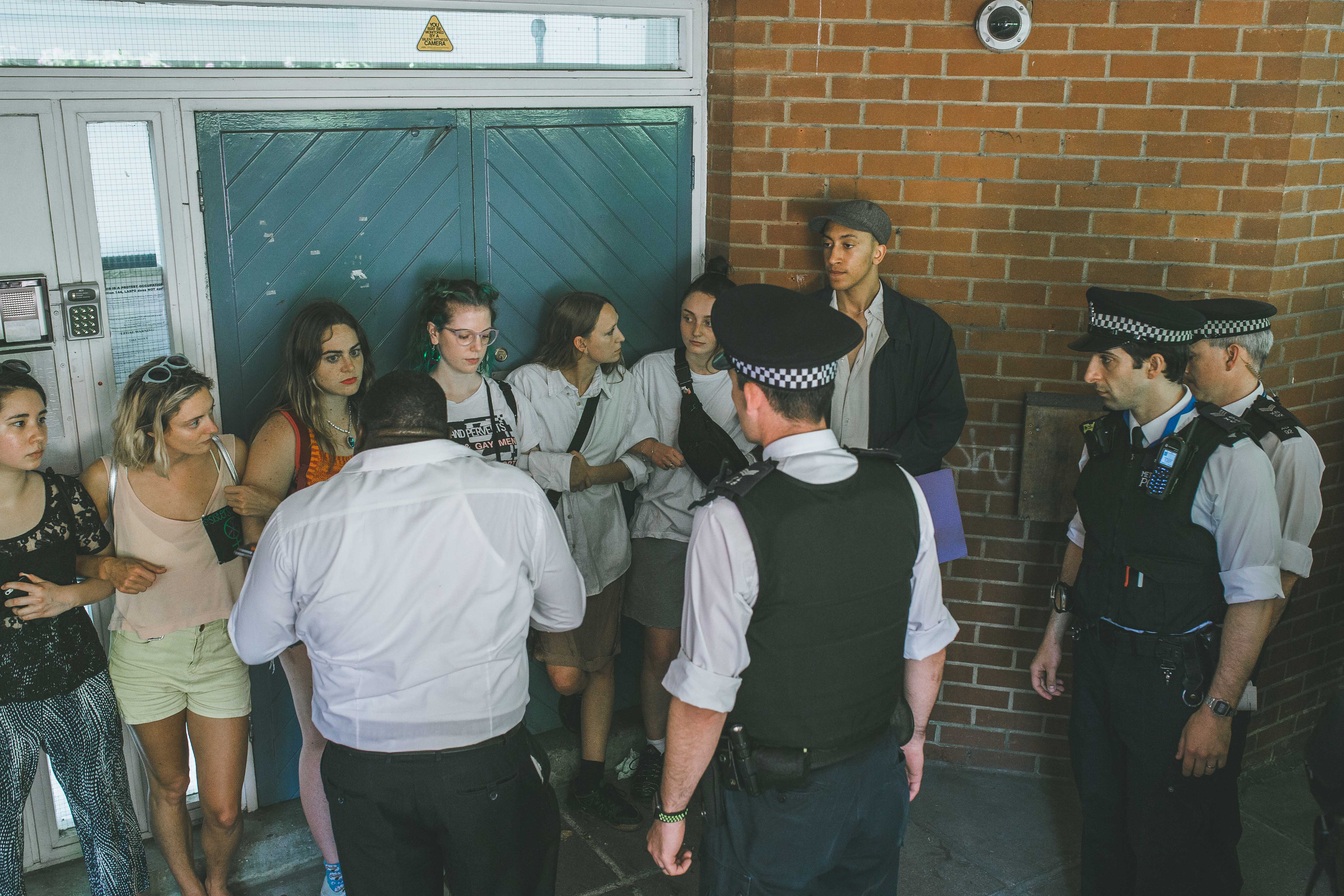 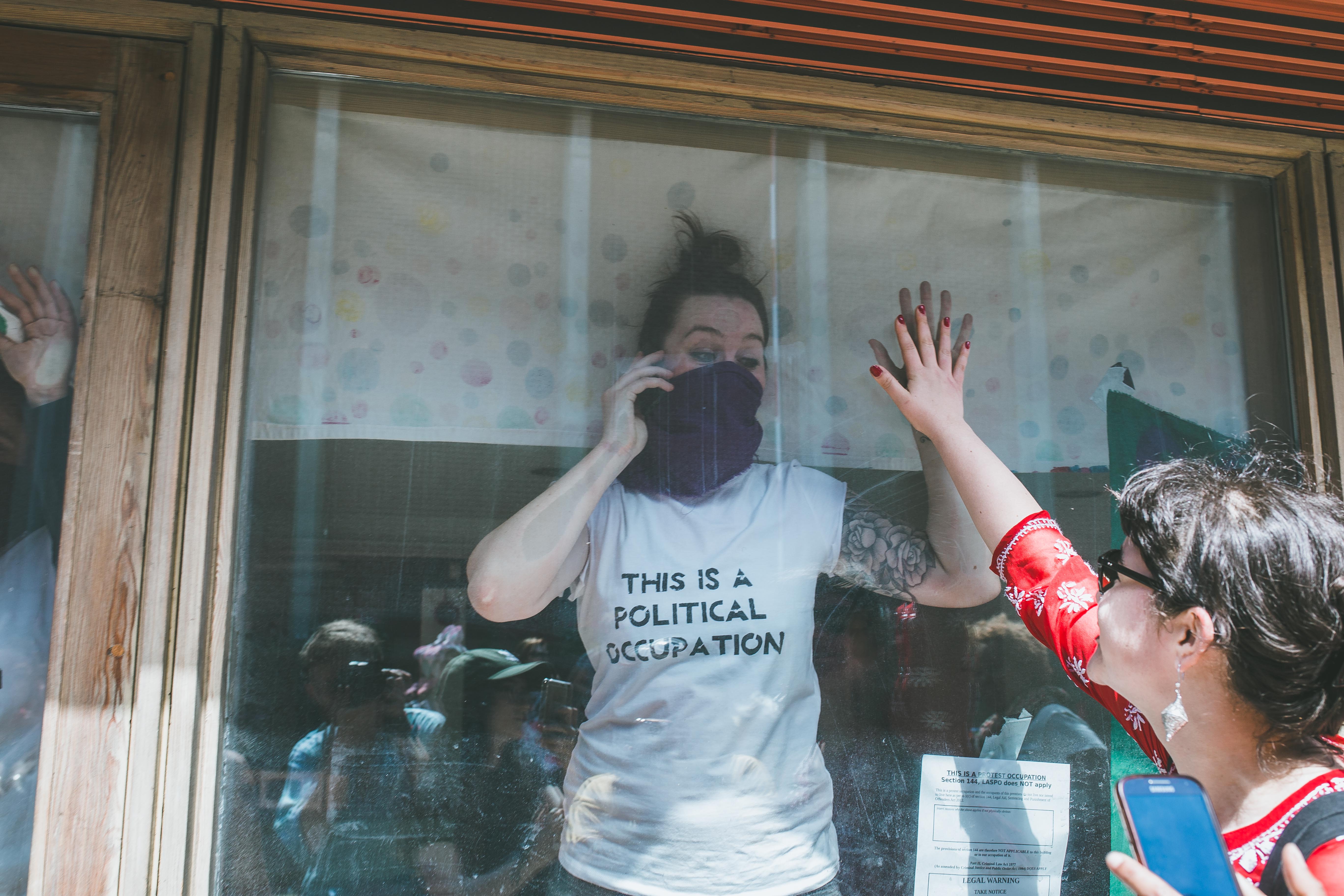 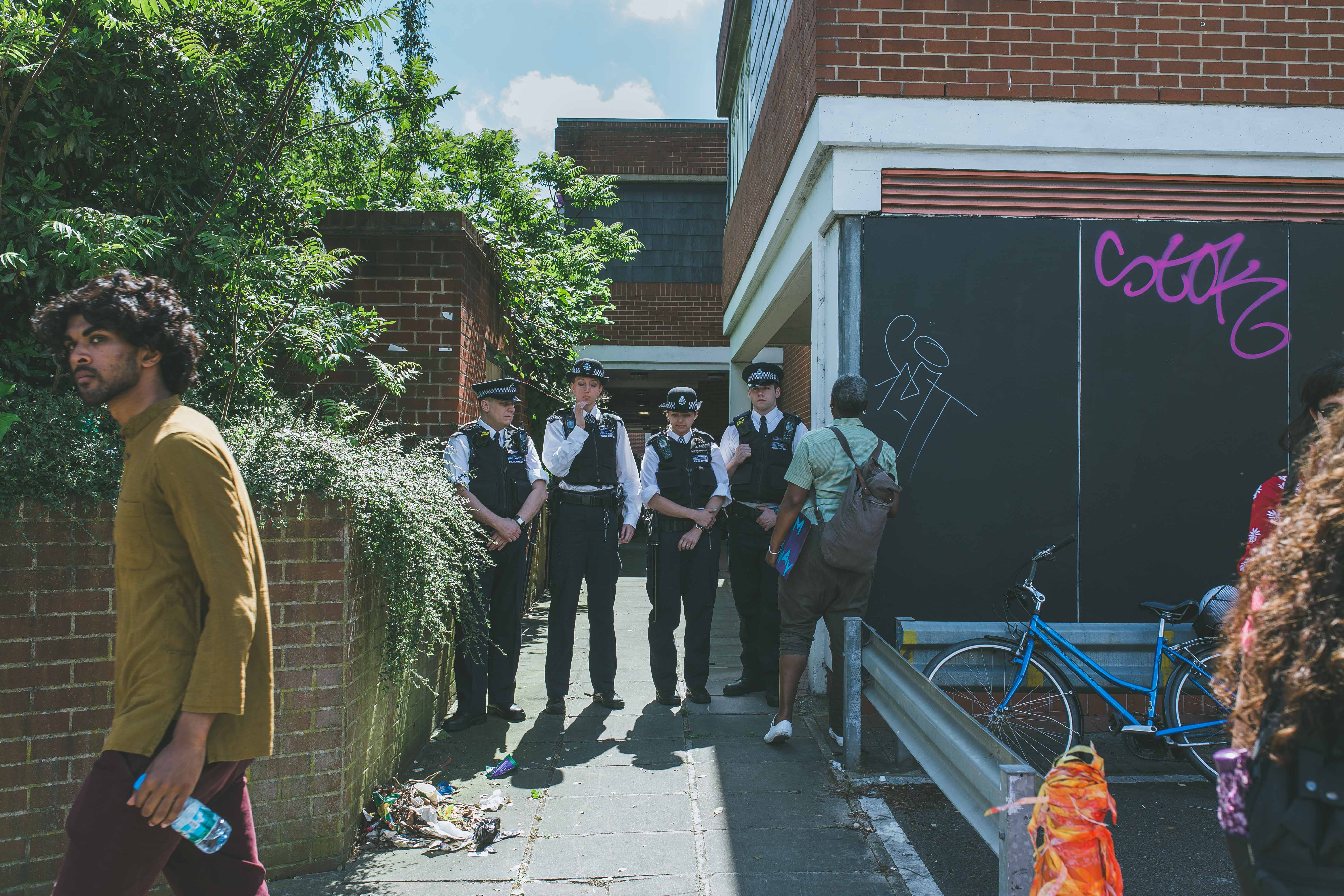 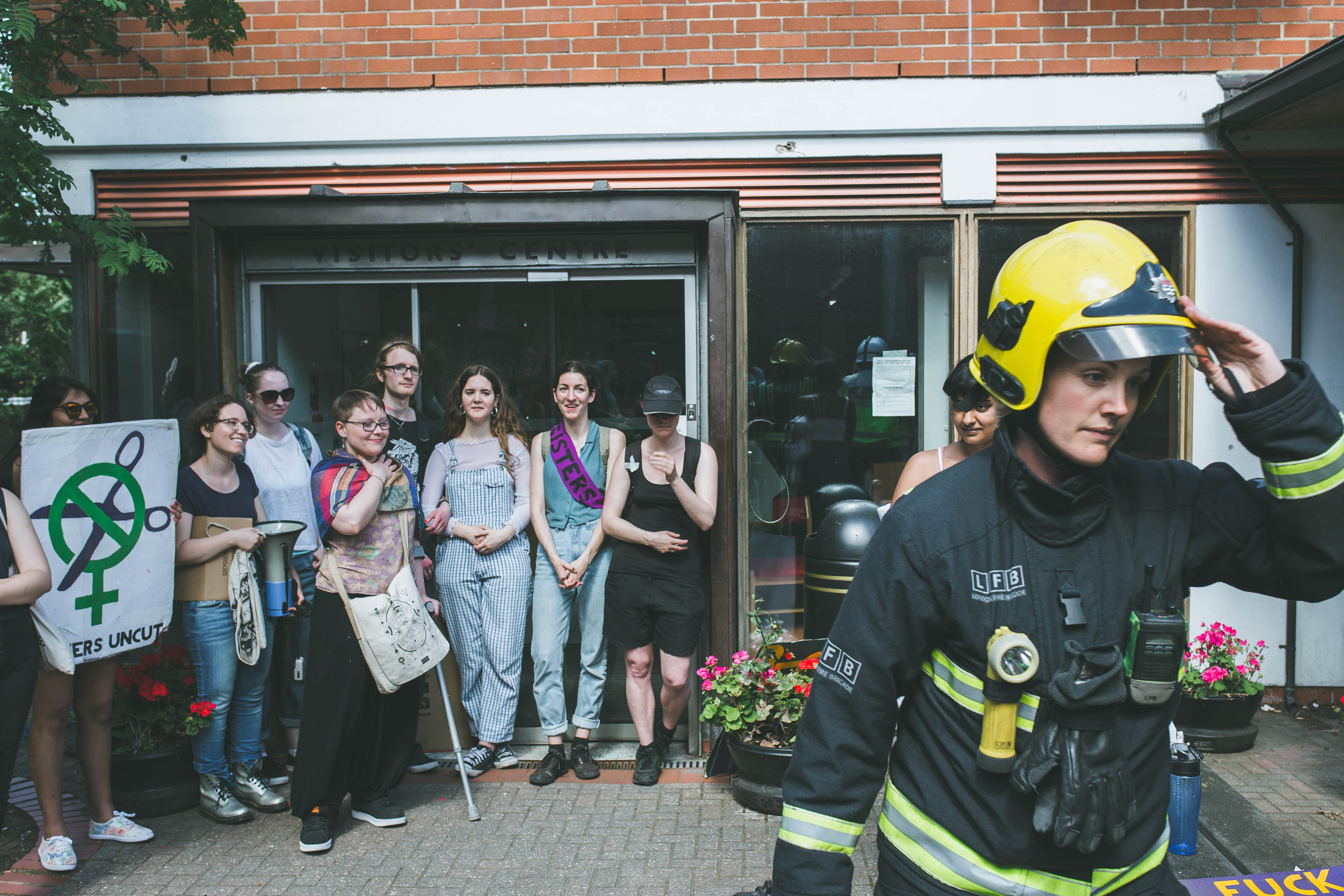 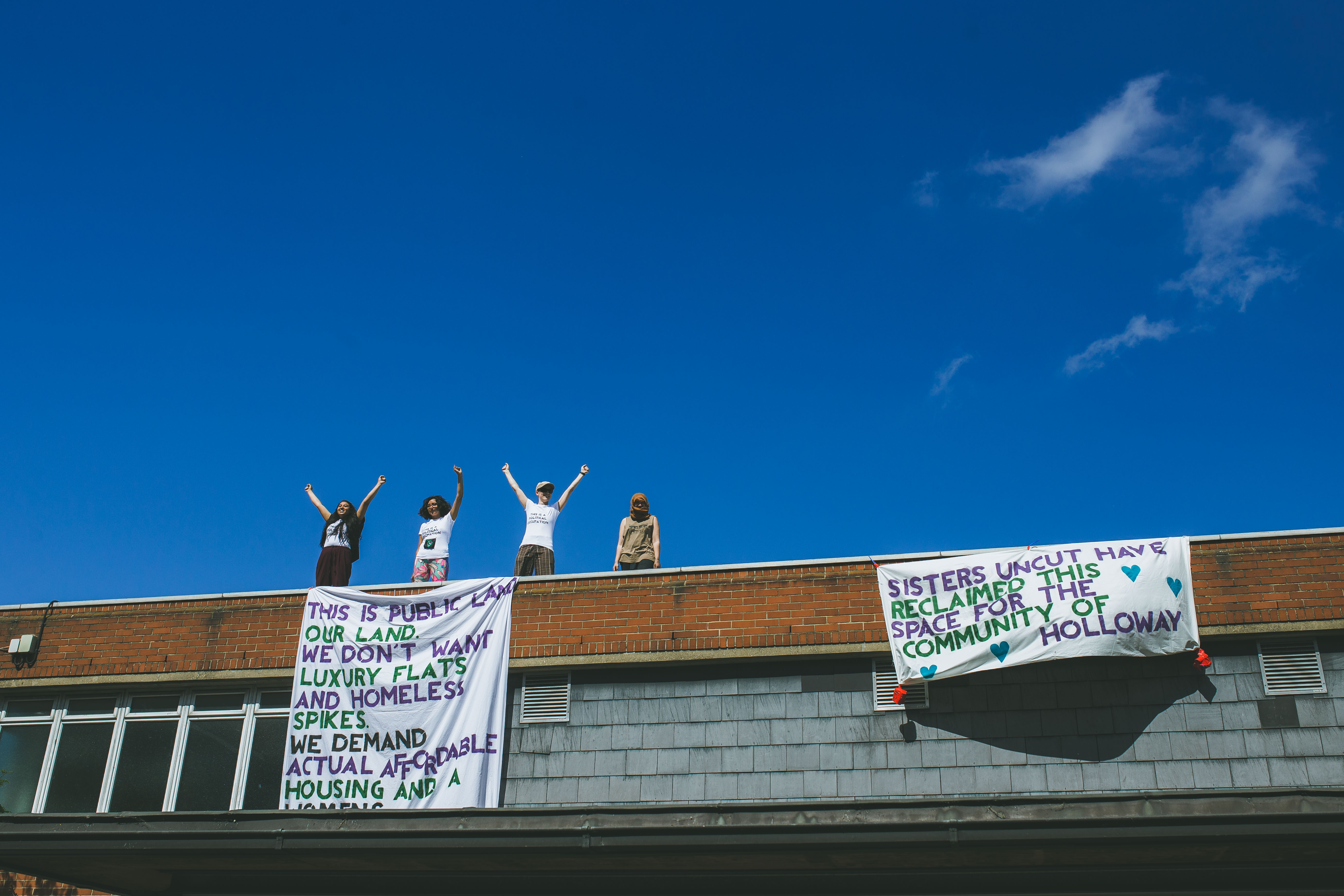 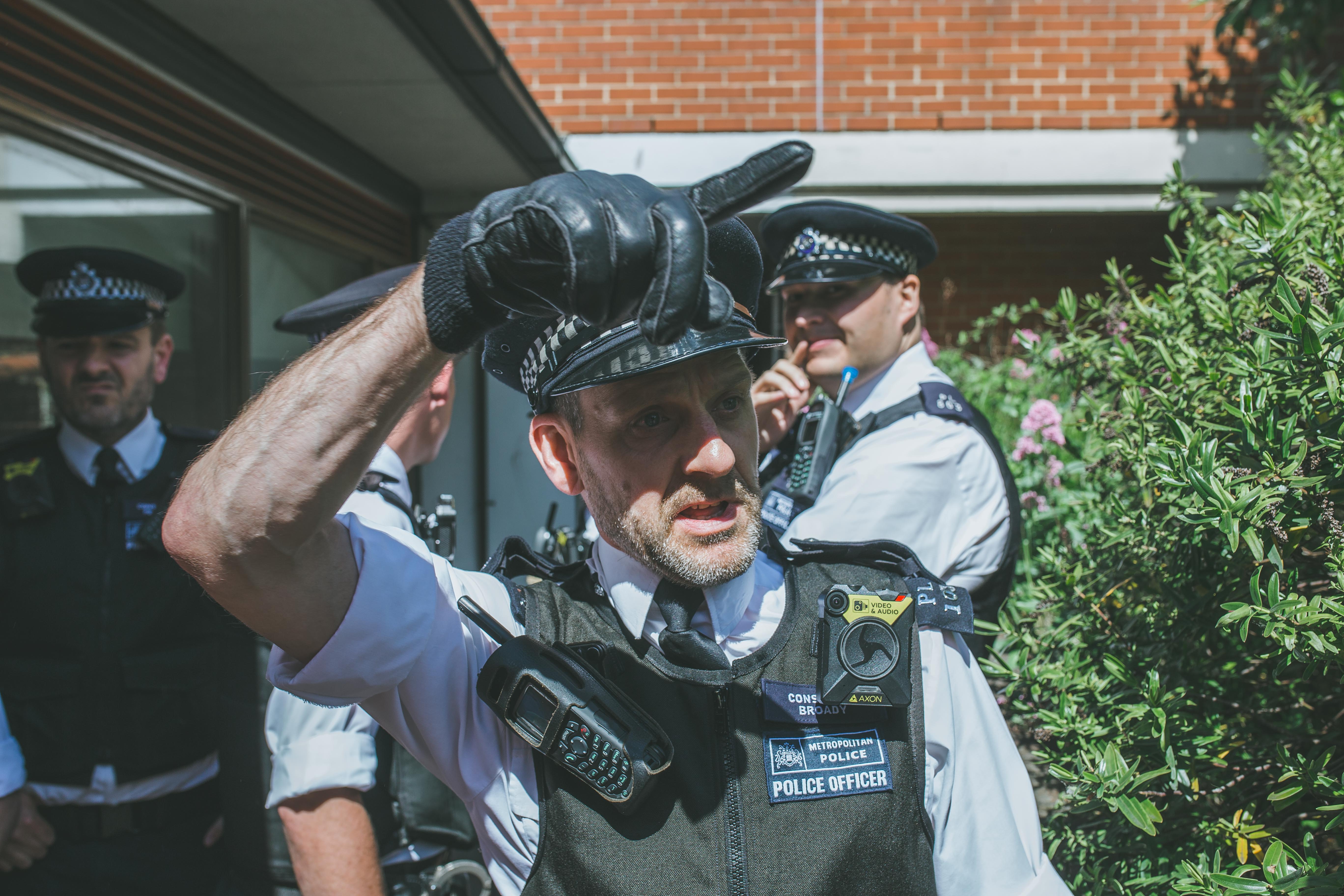 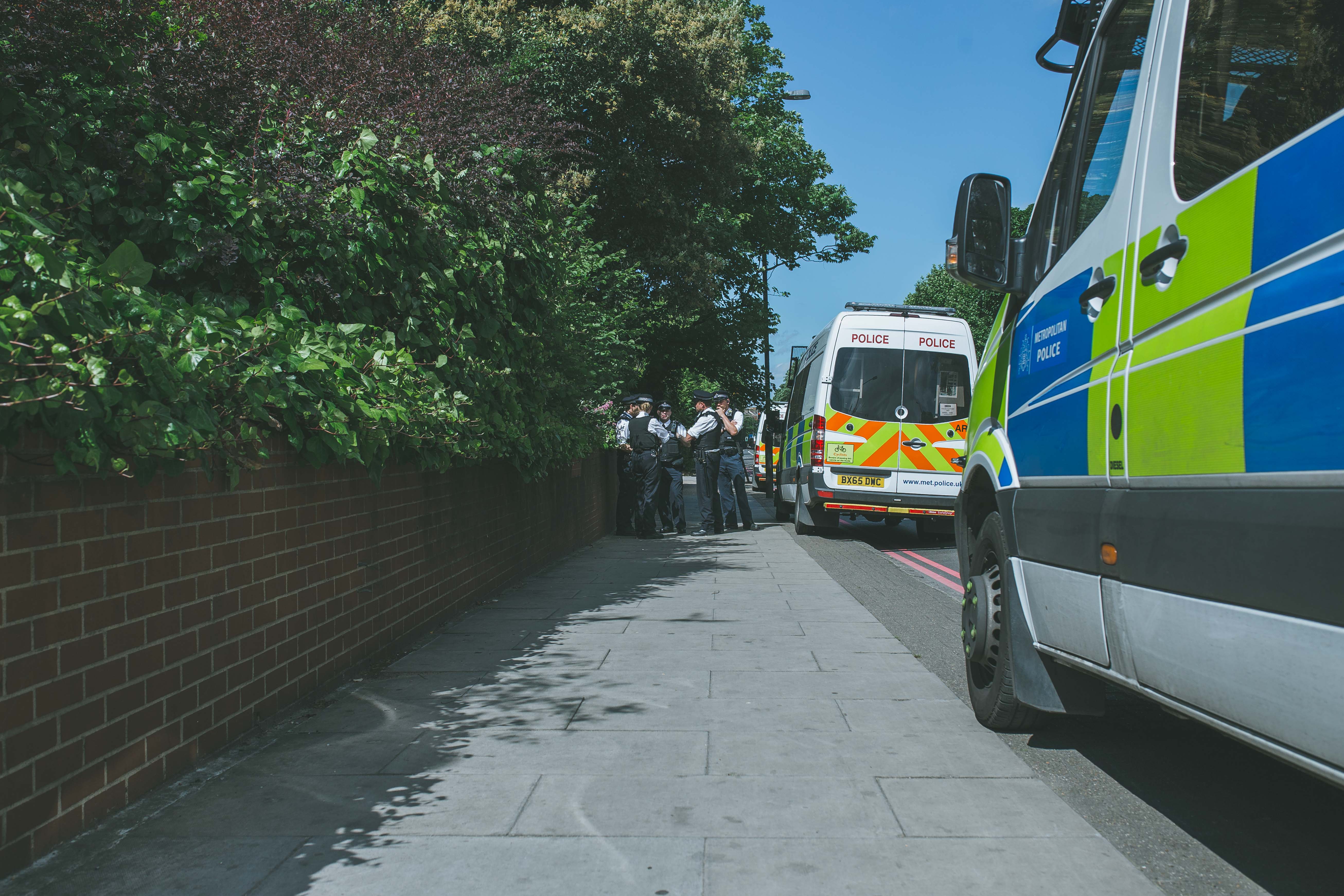 Linkedin
RELATED ARTICLES
OTHER ARTICLES
From the early originators to the female writers at the forefront of today’s scene, we talk to the artists redefining graffiti’s consciously macho origins.
We introduce our series spotlighting the voices of people who’ve been impacted by anti-abortion laws and anti-choice protestors.
Photojournalist Fiora Garenzi spoke with people still living in Eastern Ukraine, an area which seen some of the heaviest fighting since the war began.
A series of photos by the late Jerry Dantzic taken in 1957 show a tender side to the iconic Jazz musician.
With the UK now set to run out of vaccines, people working in the sex industry – particularly outside of major cities – have been left especially vulnerable, reports Brit Dawson.
Steel City is often overlooked when it comes to the country's cultural radar despite its role in shaping electronic music.