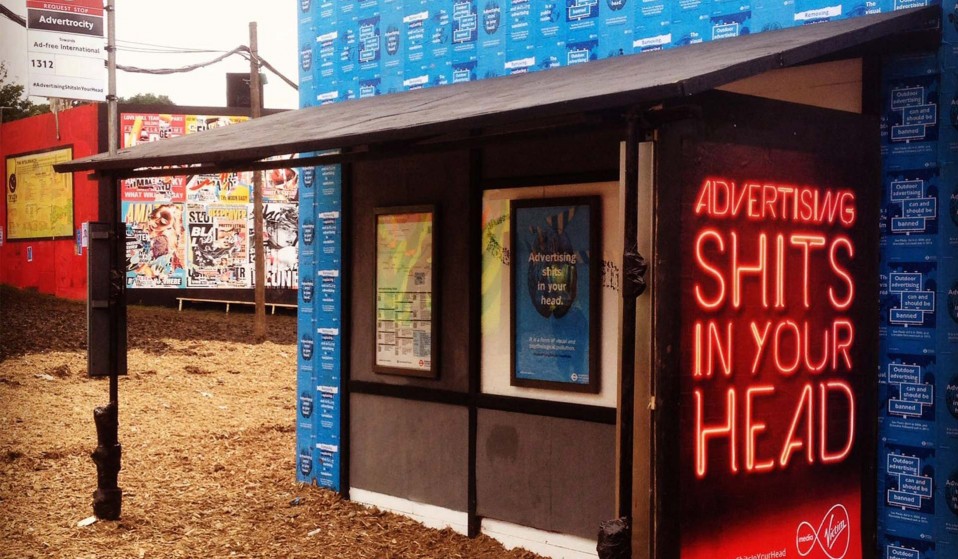 You might remember the Special Patrol Group from their subversive Bullshit Jobs ads on the London Underground or the #Dontvote posters that appeared across the capital in the days before last year’s general election.

Now the balls of steel art-activists are back with the Global Ad Hack Manifesto, which they’ve just unveiled at Glastonbury Festival’s Shangri-La.

It’s the first salvo of a worldwide battle to ban all outdoor advertising, so we reached out to our anonymous contact on the inside to find out more.

“Advertising is harmful for both the individual and society so we are calling for a worldwide ban on all outdoor advertising,” the masked assailant explains. “As citizens we have some degree of choice in how we consume advertising through other forms of media, but outdoor advertising is forced upon us, and at a dazzling rate. Not only does advertising frequently promote negative stereotypes, it dominates our visual realm and privileges extrinsic behaviours over intrinsic – it turns our collective story into one of individualistic consumption over collective creativity.”

“The SPG believe that nobody should be able to monopolise our cultural narrative in this way, but especially not mega-rich hucksters after yet another buck,” he or she continues. “We are calling for citizens to take direct action against outdoor advertising by removing, replacing and defacing it, which is both legally and morally defensible.” 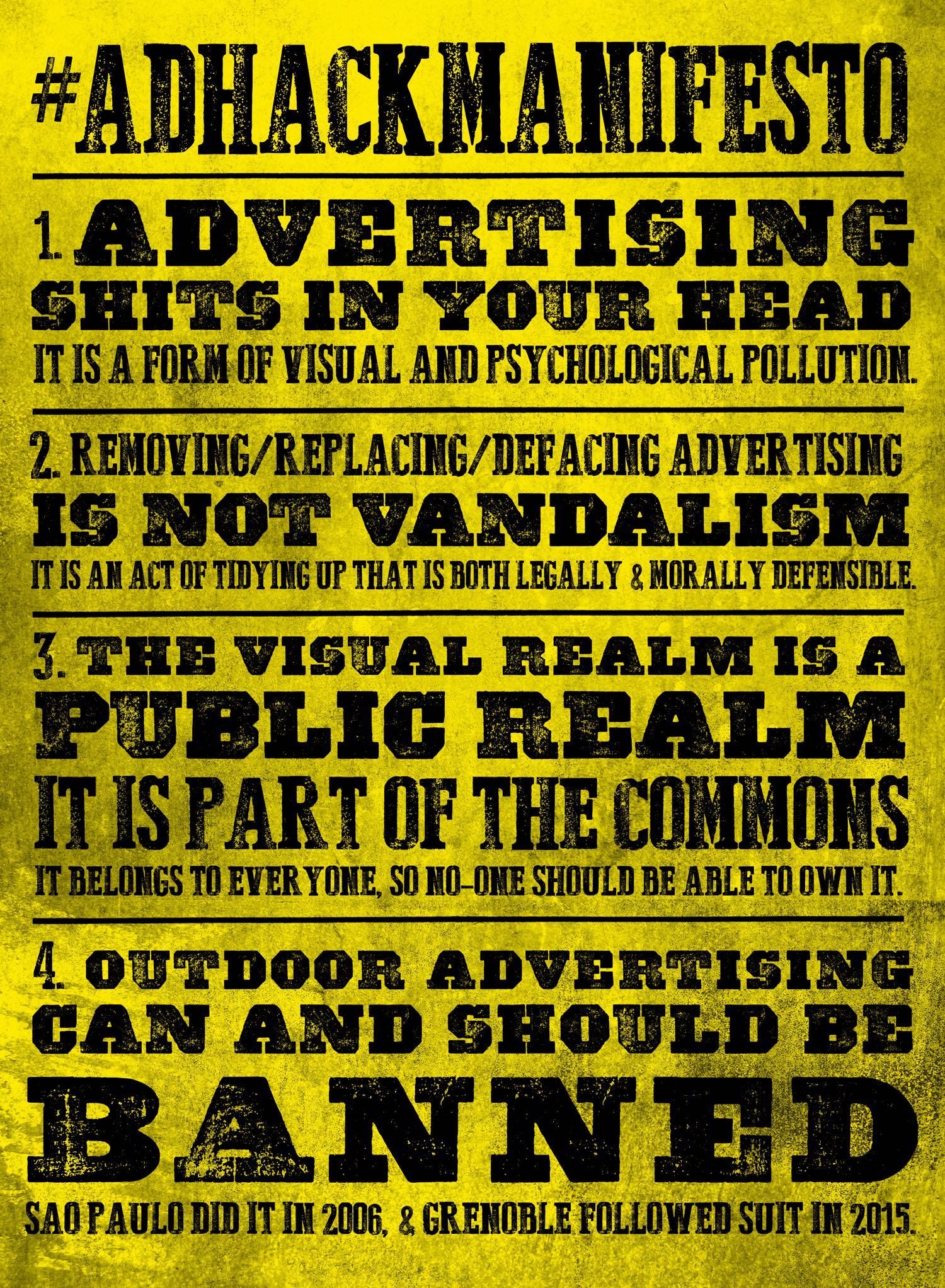 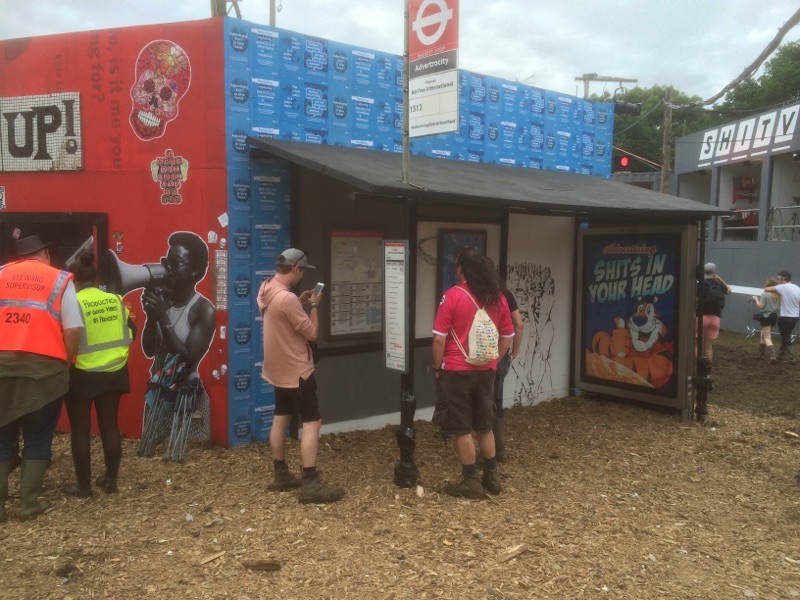 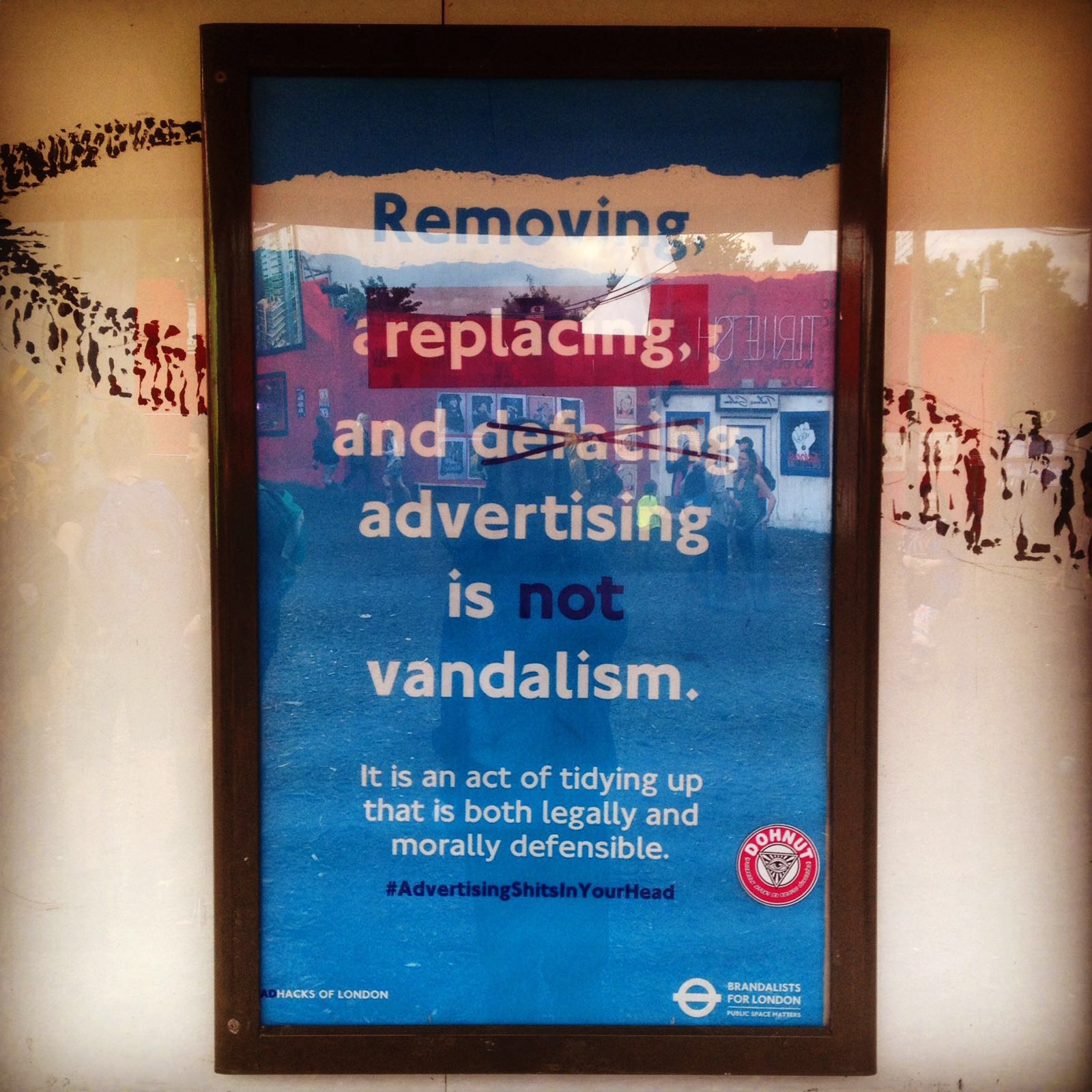 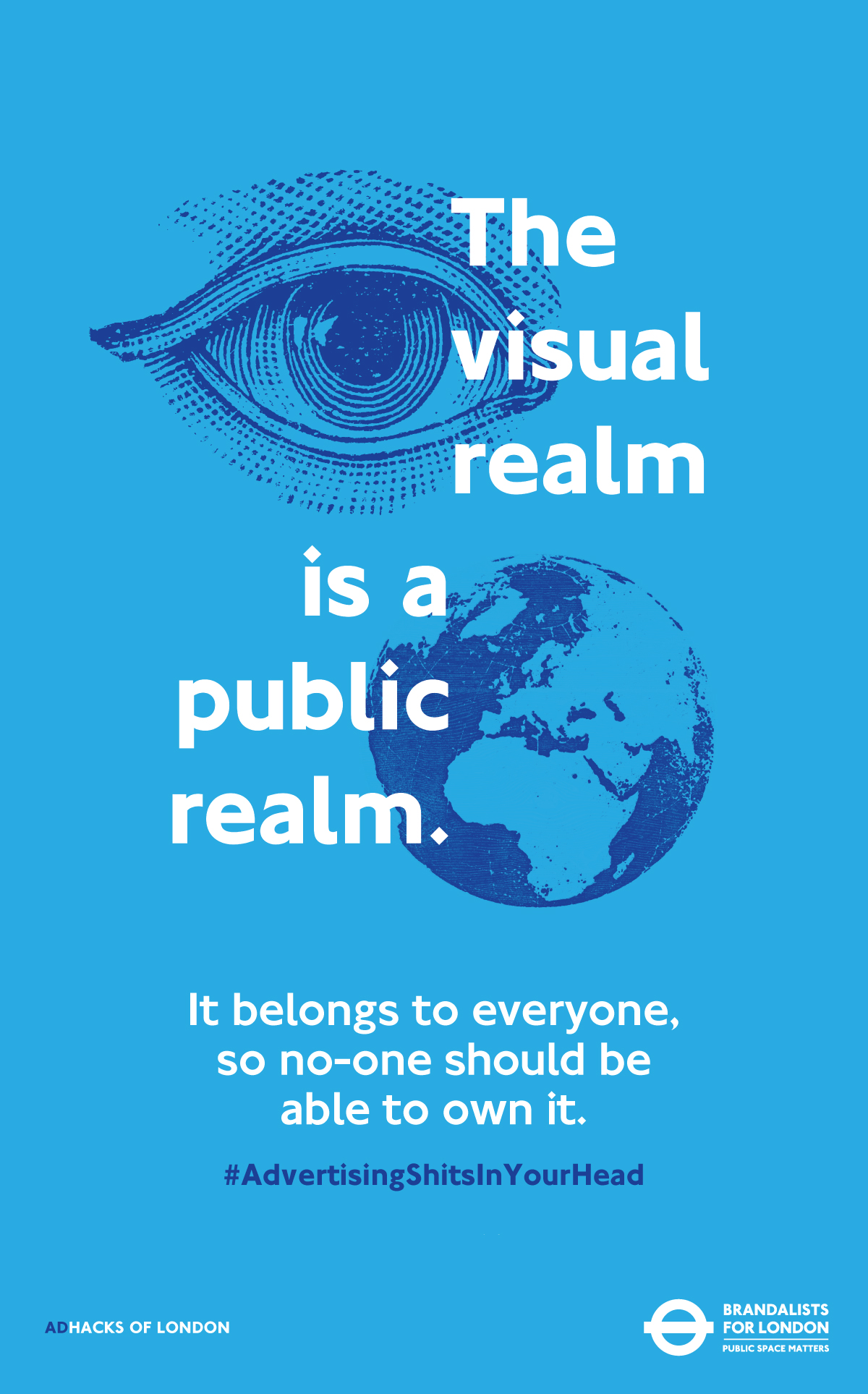 In addition to launching their #AdHackManifesto at Glastonbury, the London-based operatives were simultaneously out on the streets of London on Friday night. They reclaimed around 20 outdoor advertising spaces to promote the No Pride in War campaign on behalf of Veterans for Peace UK and Act Up London, who are protesting against the militarisation of the London Pride march. 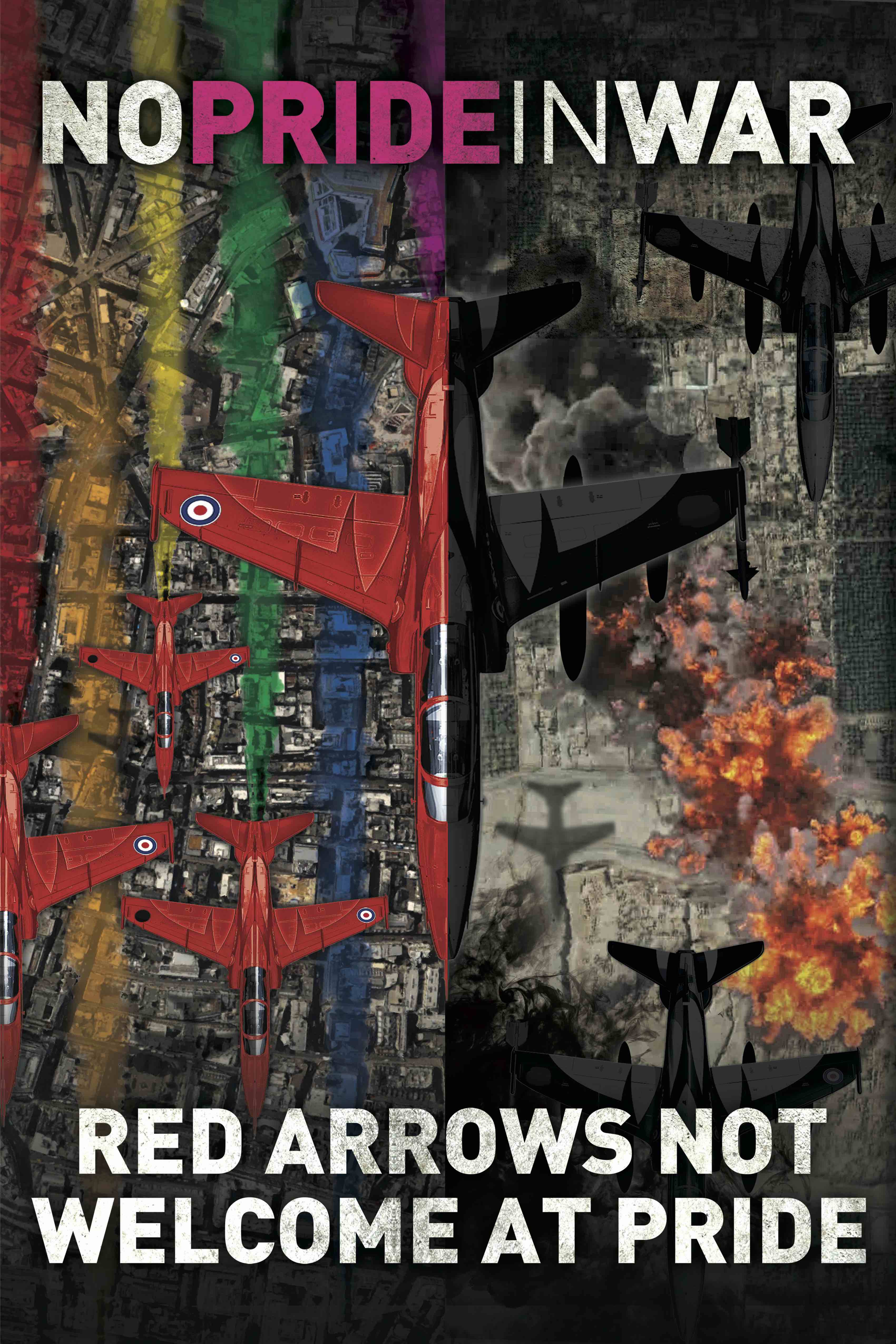 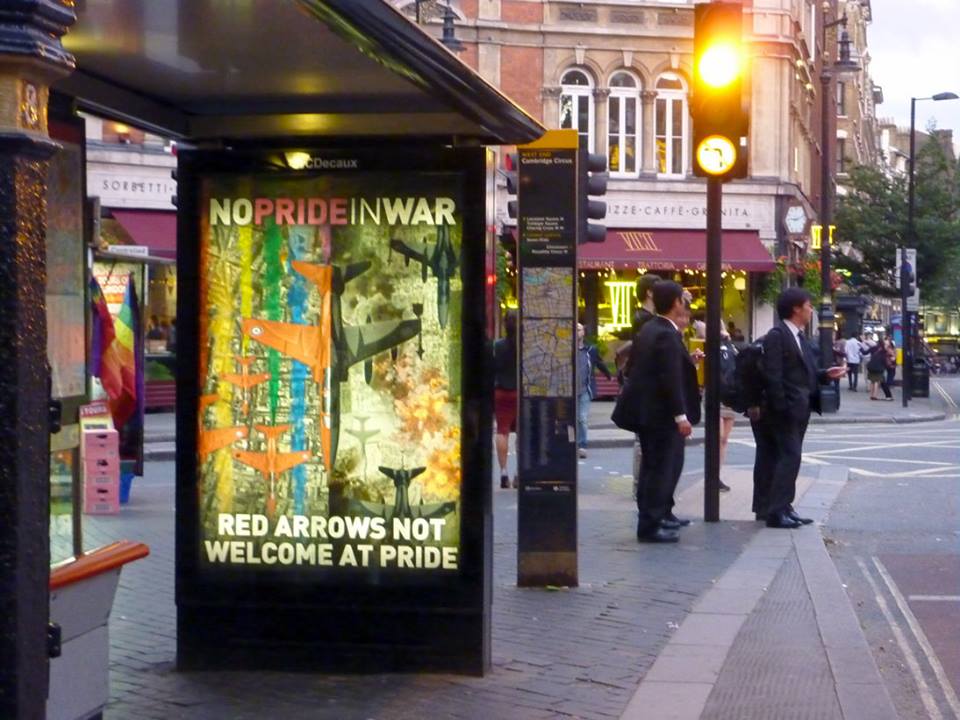 Linkedin
RELATED ARTICLES
OTHER ARTICLES
Photographer Sean Maung reflects on documenting a small town in Pennsylvania afflicted by high levels of unemployment, poverty, violence, crime, and addiction.
From snake handlers to mardi-gras revellers, Tom “TBow” Bowden’s photos provide a snapshot of the wonderful and weird people who make up America.
The pro skateboarder withdrew from the 2020 Olympic Games so he could come out as trans. Now, he’s hoping to encourage others to live as their authentic selves – within the sport and beyond.
After blocking the Scottish government’s gender recognition reform bill, Westminster is now devising further changes to the law to make it harder for trans people to self-identify.
After building his reputation covering the US civil rights movement in the 1960s, the photographer went on to produce some of the most enduring images of the past century.
Taking us through one of the most dynamic years in recent history, Laylah Amatullah Barrayn new photo book contains tender yet confrontational portraits.