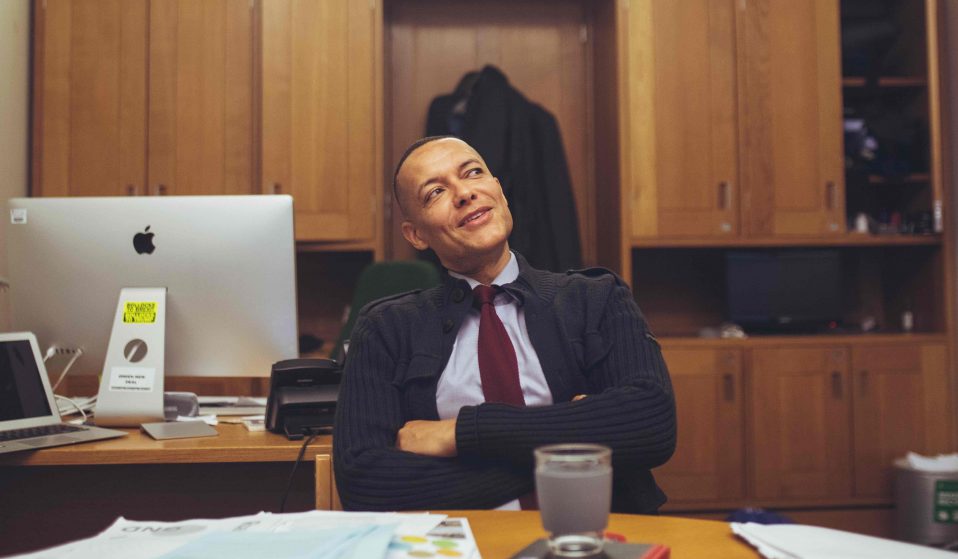 The Shadow Treasury Secretary discusses greenwashing, bullshit, and his hopes for a radical future with school strikers Noga Levy-Rapoport and Al Shadjerah.

The Shadow Treasury Secretary discusses greenwashing, bullshit, and his hopes for a radical future with school strikers Noga Levy-Rapoport and Al Shadjerah.

The last few weeks have seen a surge of climate actions taking place in London. From last month’s climate strikes to Extinction Rebellion’s Autumn Uprising, hundreds of thousands have taken to the streets to demonstrate against the impending climate crisis.

Demonstrators have been demanding that the Government acts, demands which have increased in intensity and urgency since the release of the UN’s IPCC report last October, which stated we have 12 years left to act to prevent catastrophic climate catastrophe.

Away from the streets, there are those who have been organising and working to see some of those demands transferred into policy and law. One of those is Shadow Treasury Secretary Clive Lewis MP, who was brought back onto the Labour front bench last year after resigning over Article 50 to work on “sustainable economics”. One of the results of that work is the emergence of a cross-party Green New Deal bill, tabled by Green MP Caroline Lucas, and seconded by Clive.

As Extinction Rebellion protestors blocked Westminster bridge below, we took Noga Levy-Rapoport and Al Shadjerah from UK School Climate Network to interview Clive in his Portcullis House office. The two are key organisers in UKSCN, which has been organising Friday strikes at schools across the country inspired by Greta Thunberg. The organisation, which drew over 100,000 to its demonstration as part of the worldwide climate strike in September, have been key to forcing climate change onto the political agenda, in amongst the deafening noise of Brexit. Nora and Al sat down with Clive to discuss the Green New Deal bill, the barriers to it, and how, if it all, we can possibly save ourselves from impending climate doom.

Noga Levy-Rapoport: We wanted to talk to you about the Green New Deal bill – what does it mean on both a global and local level?
Clive Lewis: John McDonnell and I were working on something called ‘sustainable economics’ – we wanted to push inside the Labour party for more radical policy, and start working out what that would look like. Because it’s not just the wealthiest countries who are doing the polluting, it’s also the wealthiest individuals. The fight against climate change is a fight against inequality, so it fits into a socialist perspective – the two are interlinked. 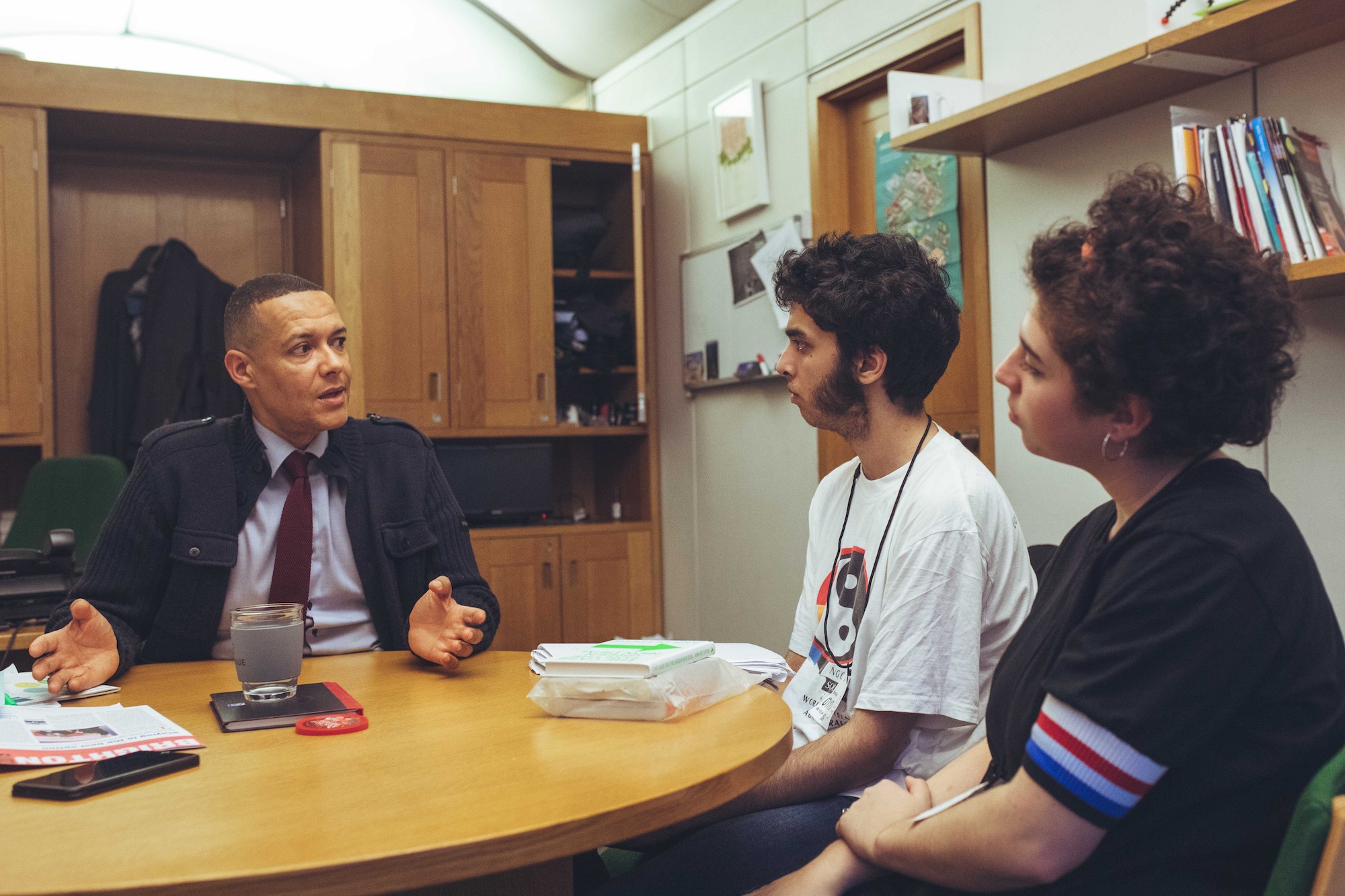 Noga Levy-Rapoport: So how could the UK realistically implement a working Green New Deal? What would it take?
Clive Lewis: I personally think a Green New Deal that’s fit for purpose has to have two key things: it has to have a decarbonisation target of at least 90 per cent by around 2030, and it needs to have a pathway. The pathway has to be transformative, it can’t be piecemeal. You want to be able to show to the world that you’re serious about this. With a lackadaisical 2050 target [like the Tories] or 2045 [like the Liberal Democrats], many politicians won’t even be part of the carbon cycle by then, let alone stopping it – it’s kicking the problem into the long grass.

Al Shadjerah: This would require massive investment in the economy, evidently. But where is this investment going to come from without causing economic injustice for marginalised communities in this country?
Clive Lewis: There are various different tax mechanisms you can use to shift people’s behaviour. So for example, we know when Ken Livingstone wanted to introduce the Ultra-Low Emissions Zones in London, there was a complete backlash against it. So as a primer, to get things going, he invested millions in the bus network. When critics saw that their money was going to be ring-fenced for public transport, the figures for support for the Ultra-Low Emissions Zone went through the roof. So you can change the way people view redistributive taxes and environmental taxes.

There’s also the issue of green finance, which is when you borrow to invest in the future. Austerity operates under this bizarre, illogical notion that when people are short of money, the state should also roll back on its spending and investment, which is just absolute madness. Most economists never agreed with it; now, politicians are listening to them and austerity is going the way of the dodo. Increasingly, there is a growing understanding that to be able to have a thriving economy, we are going to have to borrow from future generations so that we can decarbonise the here and now. It’s the right thing to do, because it’s an existential threat. If we want to save the future, if we want to protect those people who are dying now in the climate crisis, then we’re going to have to borrow to invest in the future. And that’s a big part of where the finances or resource will come from, not just from tax and spending and fiscal policy, but also from green bonds, green finance and from borrowing.

It’s a conversation that needs to be had, because at the moment I don’t think it’s being had in any kind of way which I think is resonating with the public. It’s a massive issue and we need to discuss it. 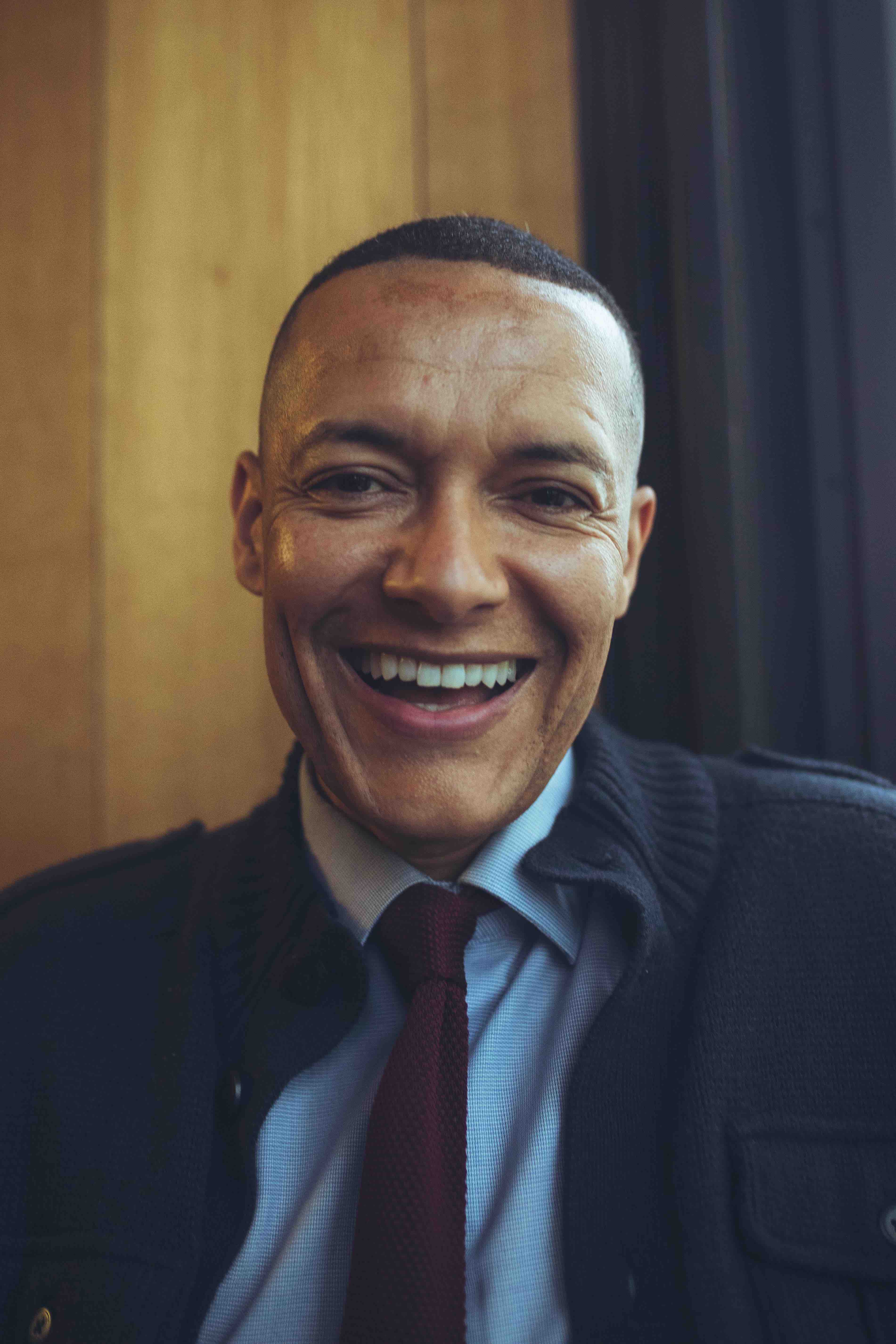 Noga Levy-Rapoport: So on that topic – people are dying, countries are being devastated, and we know that climate refugees exist already. So how would Labour handle that? How do we bring that justice forward?
Clive Lewis: There’s a lot that the developing world needs to do, and it doesn’t make a difference how stringent the targets in this country are. If the developing world isn’t given the resources to jump over the dirty development phase of their industrialisation process, then we’re all dead. It’s as simple as that. If China, India, Africa, and big parts of Asia cannot make the shift into the 21st century then we’re all doomed. We have to provide them with the technology and the help to make that jump. We also have to be the change that we want to see. We cannot have mass consumption-based, economic driven programs – we have to find a different way of living, and we have to pioneer that ourselves.

The fact that we went out, participated in the slave trade, used the profits from that to invest in our own productive capacities, then used that to increase production to go and conquer those countries and then turn them into markets, extrapolate resources from them, turn them into markets, and all the time we are pumping carbon into the atmosphere. You couldn’t make up a bigger shit show than that, and now we turn round to these countries and say, ‘Well we’re not doing anything to help you, this is your problem. You want to industrialise, that’s your concern.’

We basically see them as markets that we can extrapolate the raw resources we need, and then sell those finished products. They stay in a state of under-development, or many of them have. If you actually want to address that, then you have to tie the Green New Deal into a global economic infrastructure and architecture, which enables those countries to be able to develop in a way that’s consistent with the Green New Deal internationally.

Noga Levy-Rapoport: I feel like something that a lot of young people in particular struggle to understand is actually how our lives would change if this Green New Deal was implemented. What would it literally look like?
Clive Lewis: I think in some ways we do have a passive, spectator democracy, where we’re told to turn out once every five years to vote at a general election, and in the meantime scream at BBC Question Time. But actually, there is a version of democracy which is far more participative, far more engaged, far more transparent and far more accountable than we currently have. I don’t think that this is a particularly enlightened version of democracy that we have. It’s better than most other forms of government, but it could still be a lot better, and I think that the climate crisis, every cloud has a silver lining. There is an opportunity for us here to redefine what our democracy looks like, and for people to actively begin to shape it. People don’t just need to become passive consumers of technology, passive consumers of goods, passive consumers of their own democracy. They can actually become engaged participants, they actually become a part of it.

So it’s not just about me going into schools and articulating what it could look like, it’s about those schoolchildren saying, ‘we want it to look like this’. I think that’s a really important thing for me to throw back at voters and young people. 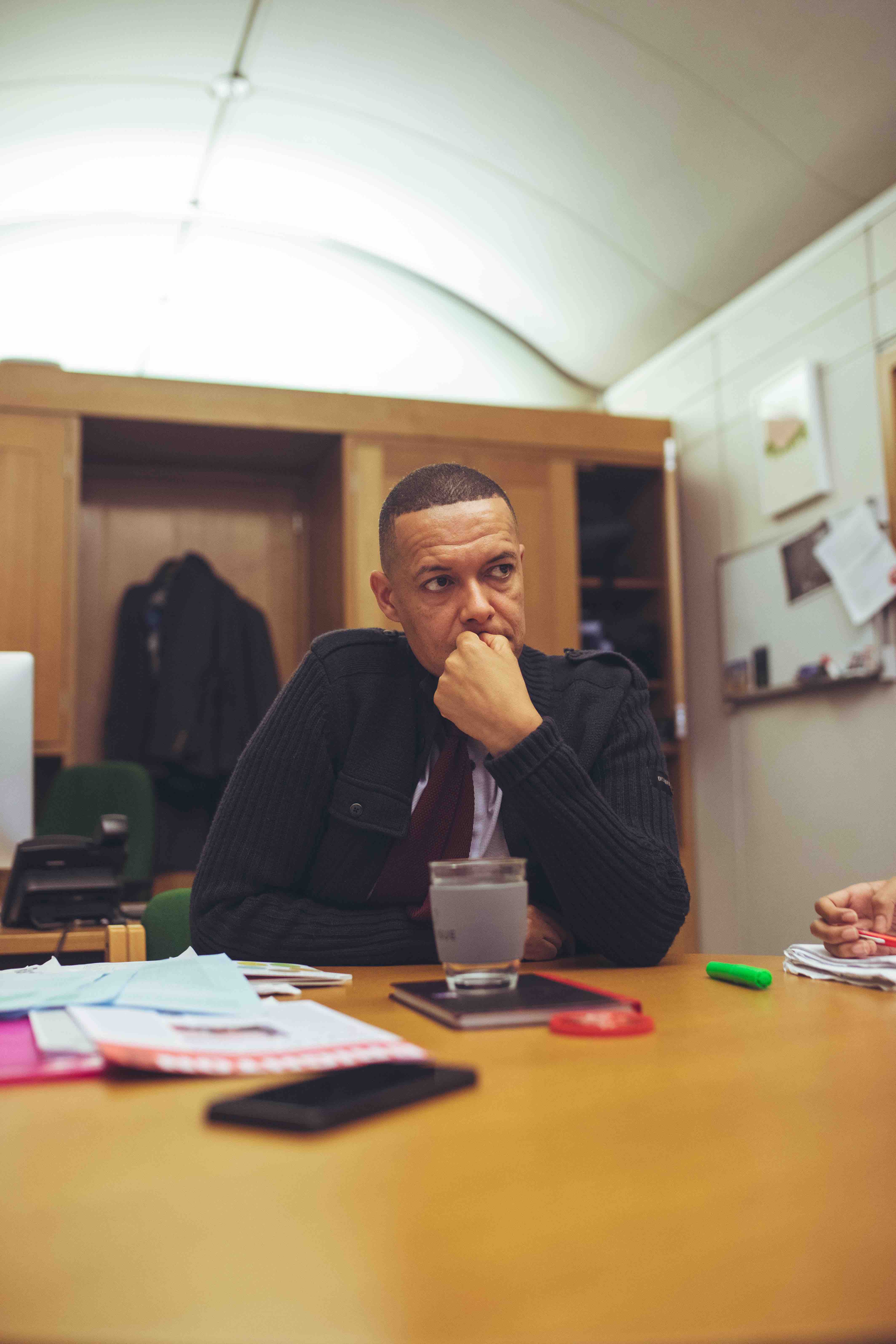 Ben Smoke: What are your biggest concerns about Britain’s political future?
Clive Lewis: I was having a conversation with some very wealthy, very educated people yesterday, very well-to-do, who were swinging between Liberal Democrat or Labour. These are smart people, and I was just kind of asking them what kind of changes they thought were going to need to happen. They’re very concerned about climate change, but their views were about reusable cups, not driving the children to school, and cutting down flights. And I was thinking, ‘It’s going to be a lot different than that. It’s going to be a lot deeper, a lot more radical.’

I think this is one of the big problems: when we look at the level of transitional change required and the timescales required, many of the institutions, businesses and fossil fuel companies are pushing back. And politicians are like water, they’ll find the easiest route possible. If they’ve got all these institutions and organisations and wealthy individuals pushing that way, then like water they’re going to try and find the easiest, most convenient route. That probably isn’t necessarily going to be in the best interests of people and planet, because then you begin to get the Government’s 2050 target. It sounds good, but actually, when you dig beneath the surface you realise actually there’s nowhere near the transformational changes required. This is piecemeal, small-scale changes, which if we started 20 years ago we could have done, but we haven’t got 20 years. We’ve got 10 years, if that – and that’s just for carbon.

Politicians are relying on people to be ignorant, they’re relying on people to be lazy and not know what they’re talking about. If you know what you’re talking about, you’ve seen the figures, you know the statistics, you know the challenge. So I think there’s a big onus on the public to be able to push those politicians, push people like me. Because we will get pushback, and politics will wobble, especially when the scale of the challenge becomes apparent to people.

Linkedin
RELATED ARTICLES
OTHER ARTICLES
Photographer David Hoffman recalls documenting the extreme wealth inequality around Tower Hamlets and Hackney int the 1980s.
Freddie Miller’s new series of photographs investigates who today’s trainspotters are and what drives their unfettered enthusiasm.
Proposals to introduce a minimum GCSE threshold for student loans will disproportionately affect those from marginalised backgrounds.
Over a dozen Stop Deportation activists locked themselves to each other outside a detention centre to prevent coaches taking those due to be on the Rwanda deportation flight from leaving.
The author discusses the all-consuming nature of heartbreak, and turning the experience into an incisive exploration of love and loss.
Finland-born photographer Sirkka-Liisa Konttinen looks back on her decades-long documentation of life in Northern England.