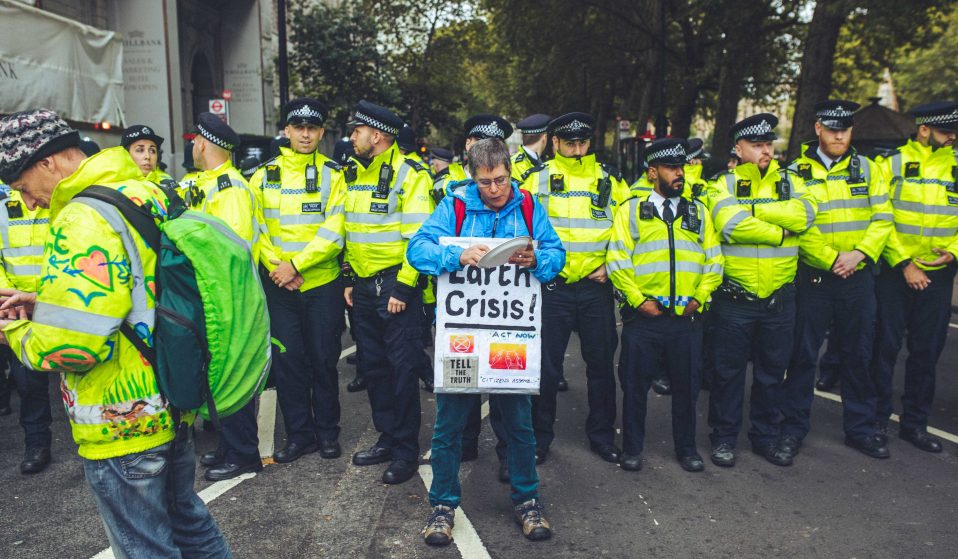 The activist group has laid its foundations, but now it needs to grow – and the only way it can do that is by broadening its message, argues writer and activist Ben Smoke.

The activist group has laid its foundations, but now it needs to grow – and the only way it can do that is by broadening its message, argues writer and activist Ben Smoke.

On Monday, I watched an 83-year-old protestor glue herself to a road. The woman, known as ‘Na’, was lying in the shadow of the Women of World War II monument on London’s Whitehall, a few metres away from the gates of Downing Street. “I’m here for Extinction Rebellion,” she said, her eyes squinting towards the midday sun.

Two weeks previously, Na had been arrested for the first time after attempting to block the Port of Dover. She had spent the day in a police cell, and ended up being charged with obstructing a highway (punishable by a fine). The experience hadn’t deterred her from returning to the XR frontlines.

“Extinction Rebellion has three demands,” Na continued, chewing on a banana she’d been handed for subsistence. “One is that the government tells the truth. Two is that carbon emissions are reduced to net-zero by 2025. And three, we’d like the government to sanction a citizen assembly of experts, who would advise them on how to curb what will be catastrophic and irreversible climate change within the next 10 years.”

Na was one of the thousands taking part in Extinction Rebellion’s second “International Rebellion” – a two-week direct action, taking place this month, across 60 cities worldwide. The first, which took place in April of this year, saw an unprecedented amount of people take to the streets to protest government inaction over climate change. The second rebellion began this week on October 7, with activists and demonstrators attempting to ‘take’ sites across Westminster. From early Monday morning, blockades appeared on key central London roads, bridges, and outside government buildings. 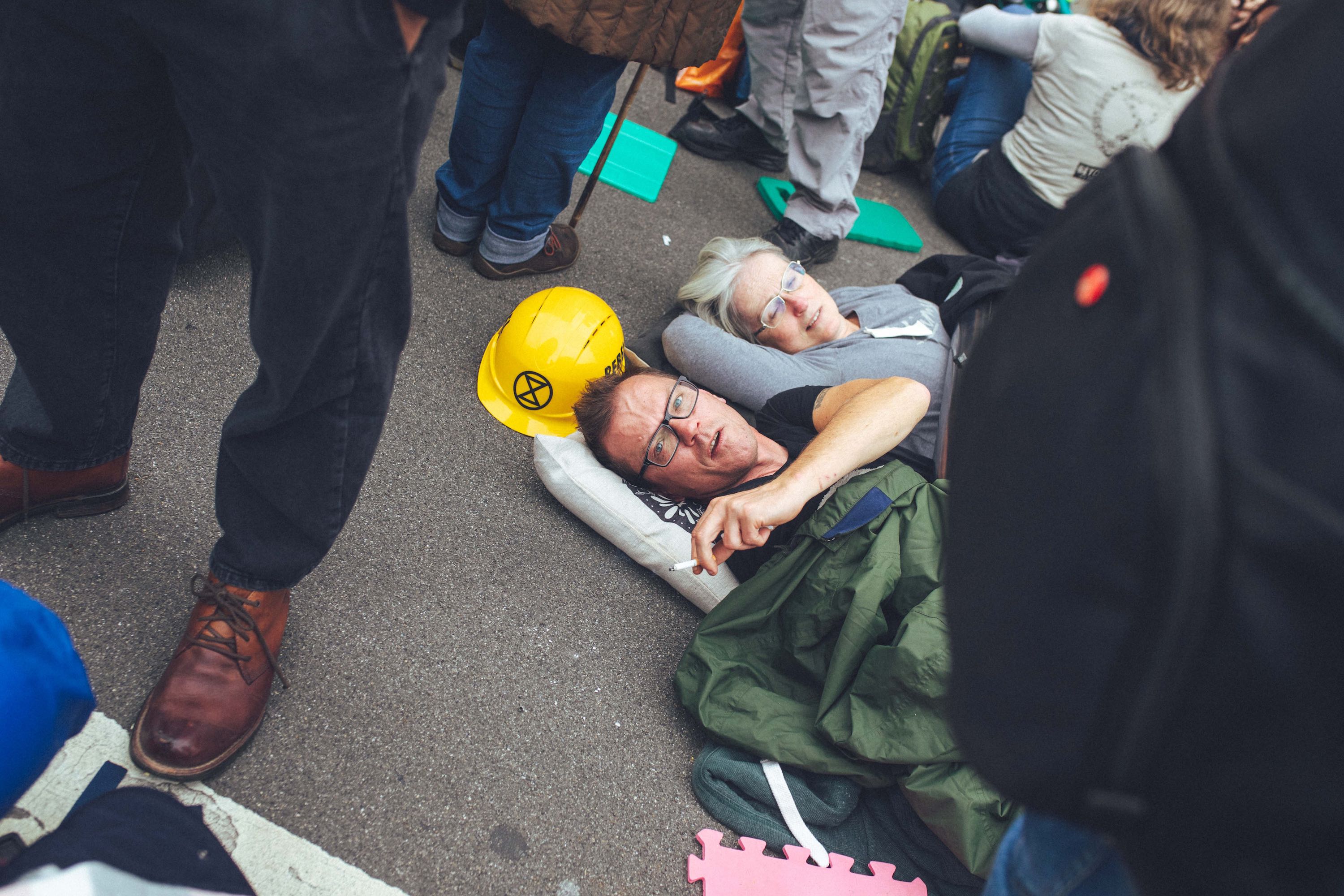 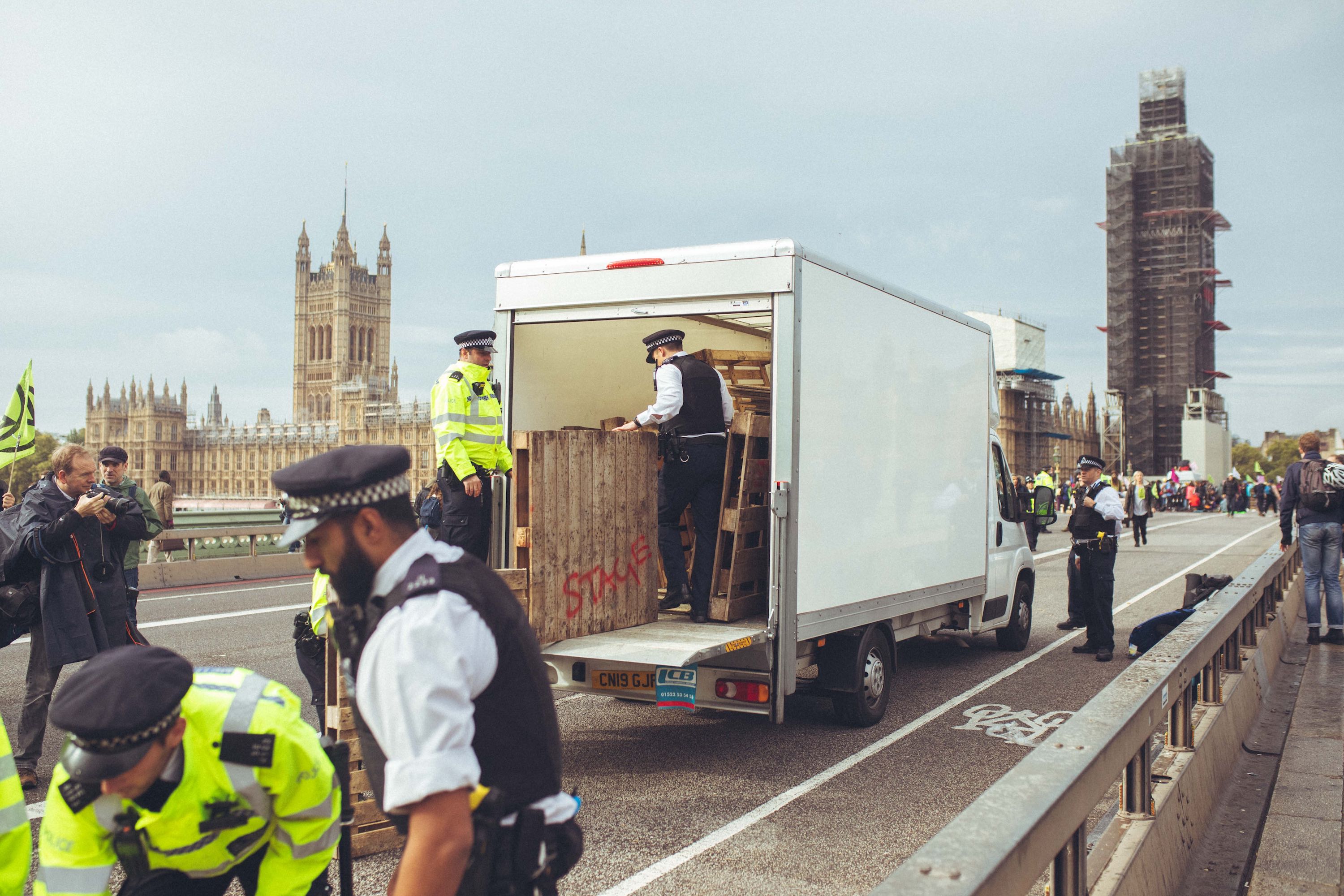 When I joined Na on the first day, all I could see were swathes of people with the same convictions. Many were also willing to be thrown in a cell over them (800 have reportedly been arrested on the action so far). These were committed people taking action, a lot of them for the first time, to fight devastating climate change – and you couldn’t help but feel inspired when standing alongside them. And yet, for me, something still didn’t feel right.

There’s no doubt that Extinction Rebellion has helped put climate change on the UK’s political agenda. The first action – on the surface at least – seemed to be a major success: parliament declared a climate emergency in the aftermath, and members of the group were invited to voice their concerns to the then Environment Secretary Michael Gove.

But there are many who have deep reservations about Extinction Rebellion’s tactics and priorities. For example, the group seeks to use mass arrests and incarcerations as a vehicle for change, but have been accused by Green and Black Cross of providing improper advice and support (the volunteer-led organisation had to close down for six months earlier this year after the pressure the first rebellion put on their resources). They co-operate directly with the police by sharing plans and strategy, while advocating “respect” and avoidance of blame for an institution that has killed 1718 people since 1990. They are also, at their core, aggressively depoliticised – despite the vast disparity between each political party’s policy offerings on climate change, the organisation argues that the struggle for climate justice transcends party politics. 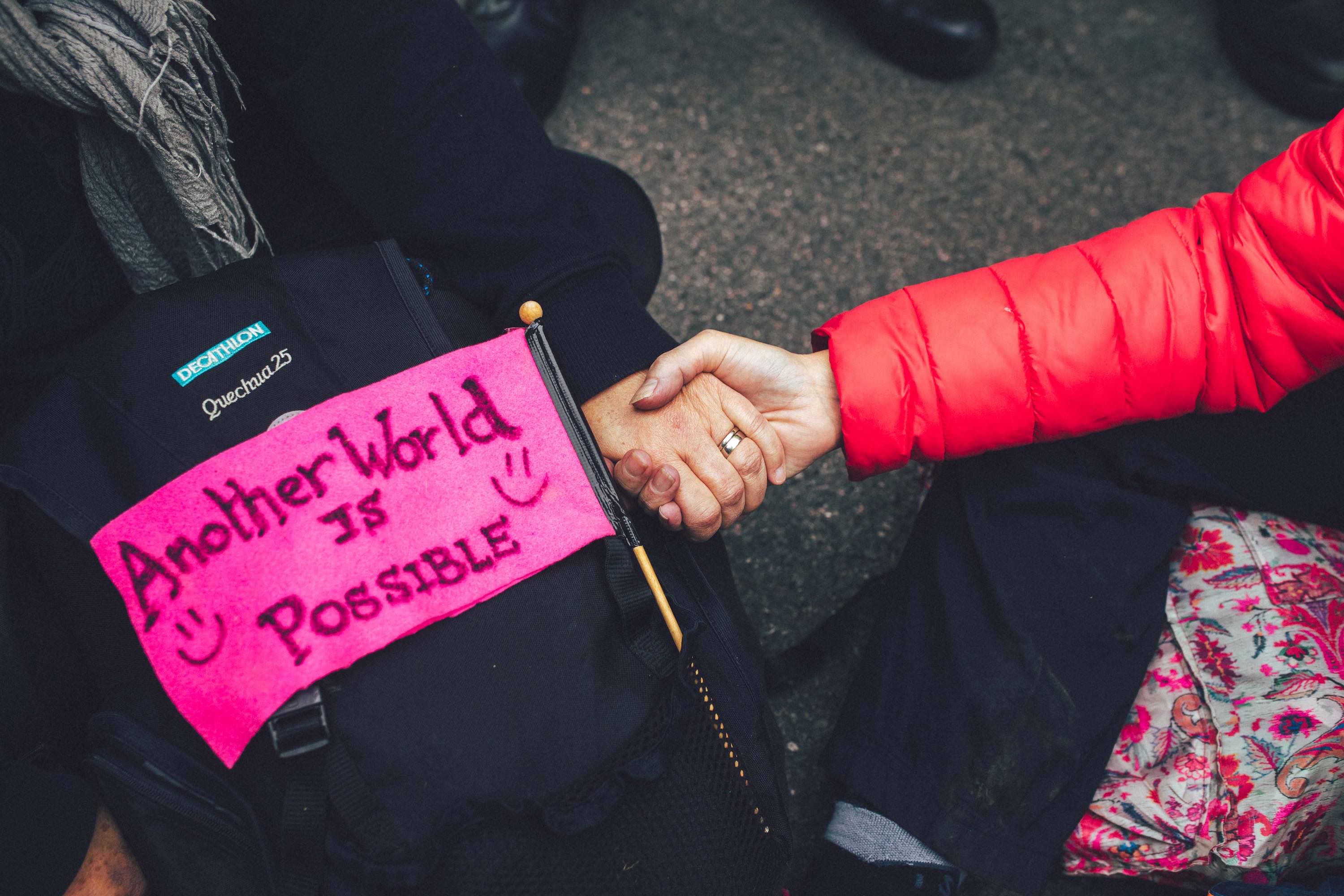 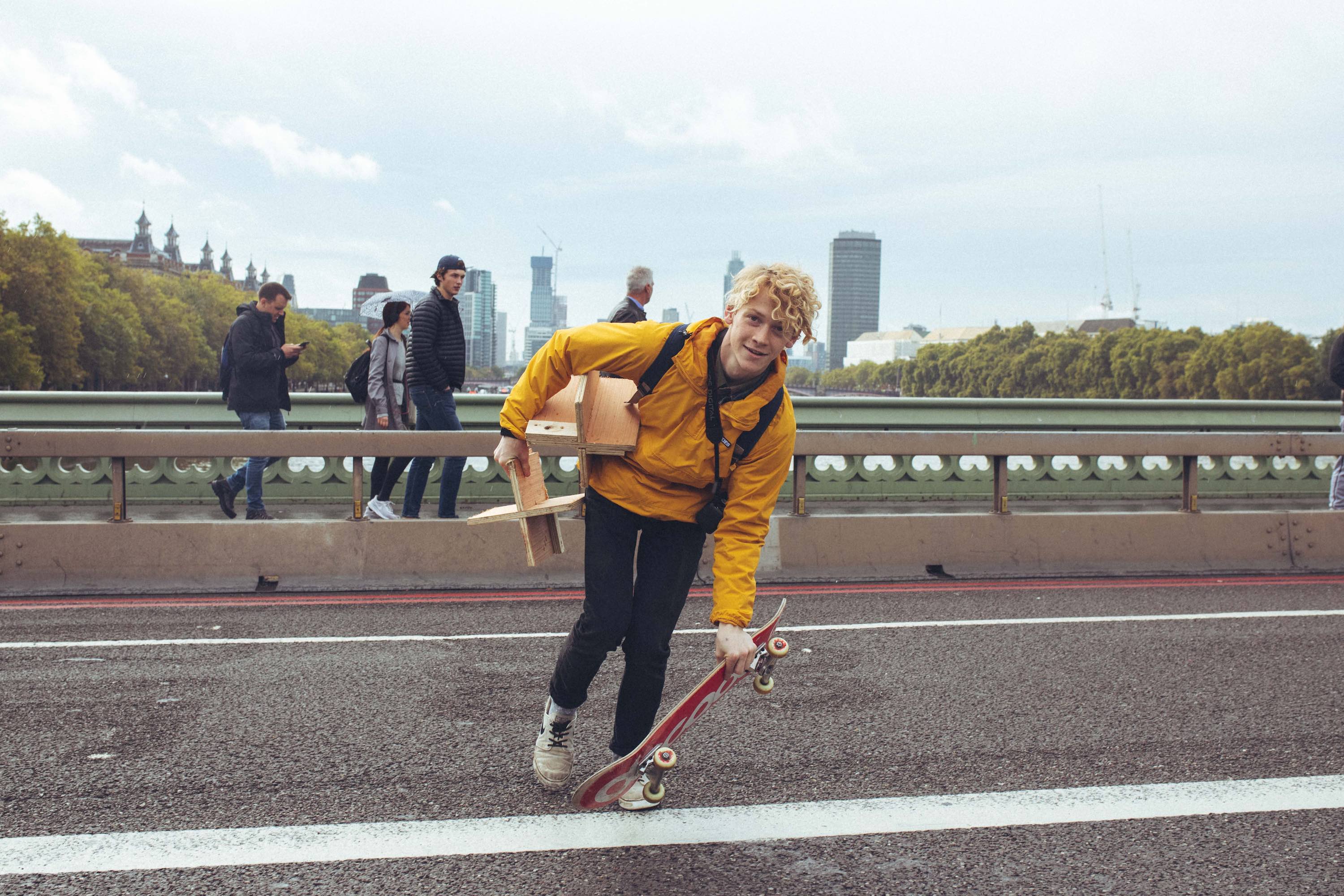 For me, the problem is that their message doesn’t go far enough. Many joined the Extinction Rebellion movement after the publication of a UN report last October, which claimed we had 11 years remaining to stop catastrophic climate change. The group framed it as a ‘climate emergency’, but this messaging discounts the experiences of many in the Global South. Communities, activists and individuals have been fighting and experiencing the devastating effects of climate change for decades – for them, the emergency has been real for a long time. The fact that the wide gulf between those who have created the crisis, and those who have suffered due to it, isn’t already a key part of the Rebellion’s message has rung alarm bells.

To make things worse, Extinction Rebellion has been invited this week to take part in the BBC’s flagship political programme Question Time. They will be represented by Rupert Read, a Green Party member from Norwich who has previously written about the dangers of mass-immigration, arguing that it must be resisted. It is estimated that there will be up to a one and a half billion extra refugees due to the effects of climate change by 2050, with many already being displaced. If Extinction Rebellion wants to be a successful global movement, surely these significant details shouldn’t be passing them by?

Thankfully, when I joined the second rebellion crowds this week, I noticed hints that things were changing. For one thing, the Global Justice Rebellion grouping – which includes activists from XR Doctors, XR Youth, Global Women’s Strike, and RAPAR  – has become involved with the protests this time around. The group, which is currently camped out in St. James Park, is seeking to centre the stories and the struggles of those who have previously been left out of the wider Extinction Rebellion conversation.

“Civil disobedience for decarbonisation of lifestyle needs to be linked with, and framed around, issues of equality, justice and international struggle,” says Rumana Hashem from the Phulbari Solidarity Group, which is part of the Global Justice Rebellion. “This includes discussing natural resources in places like Phulbari, Matarbari, Barapukuria and the Sundarbans mangrove forests, as well as the Amazon forests.” 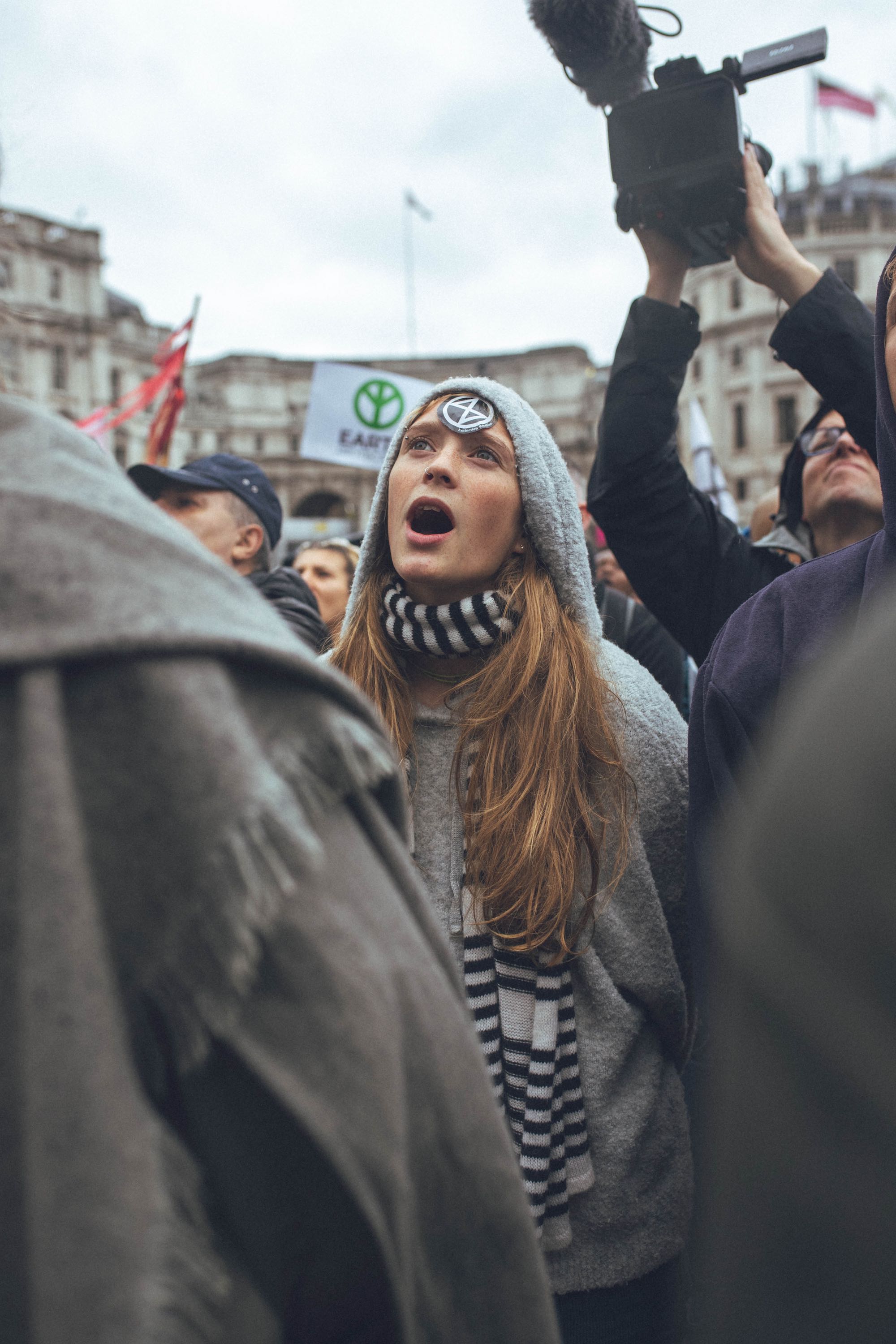 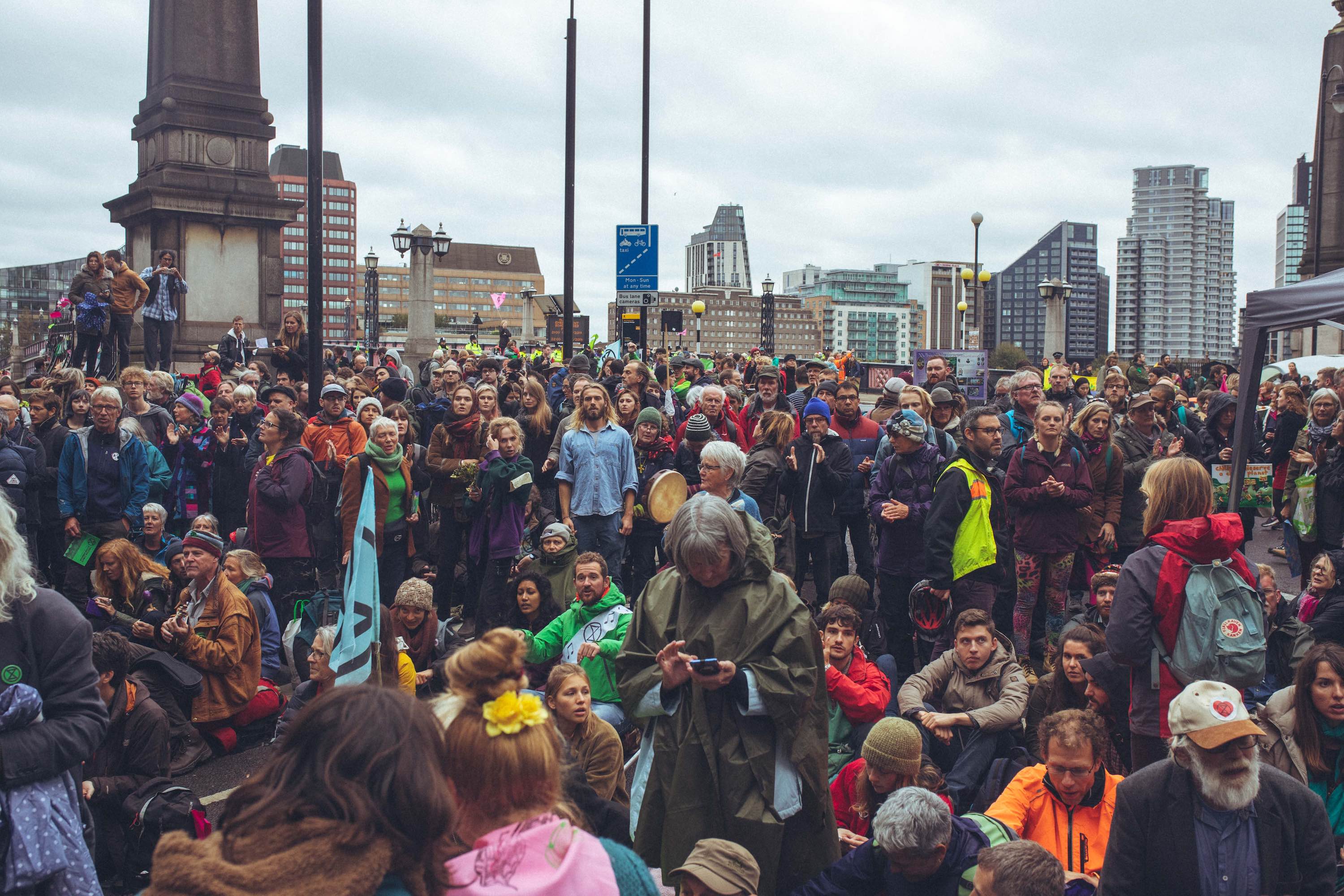 “The inclusion of the Global Justice bloc signals the start of a much needed social movement that challenges the criminal inaction of the ecocidal government. It also offers a way to connect with each other over struggles in the global South and the global North, to make our planet habitable for all.”

Currently, the camp is agitating for the inclusion of a ‘fourth’ demand by Extinction Rebellion. The demand, which has already been adopted by the US branch of the movement, would “demand a just transition that prioritises the most vulnerable people and indigenous sovereignty; establishes reparations and remediation led by and for Black people, Indigenous people, people of colour and poor communities for years of environmental injustice, establishes legal rights for ecosystems to thrive and regenerate in perpetuity, and repairs the effects of ongoing ecocide to prevent extinction of human and all species, in order to maintain a livable, just planet for all”.

I’m without any doubt that those on the streets are doing the right thing. I also know that collectively, Extinction Rebellion needs to be doing it a lot better. At this point, as with those involved with the Global Justice Rebellion, it’s up to those of us with misgivings to join the fight and get involved.

We need to try and diversify the homogenous drum circles and guided meditation sessions, to push and pull the rebellion away from it’s out of touch and often sterile foundations. To critically engage and try and help shape the movement into something fit for purpose. To help create the movement of movements that it claims to be; one with climate justice, and unabashed ambition for a brave, new green world for all settled right at its core. 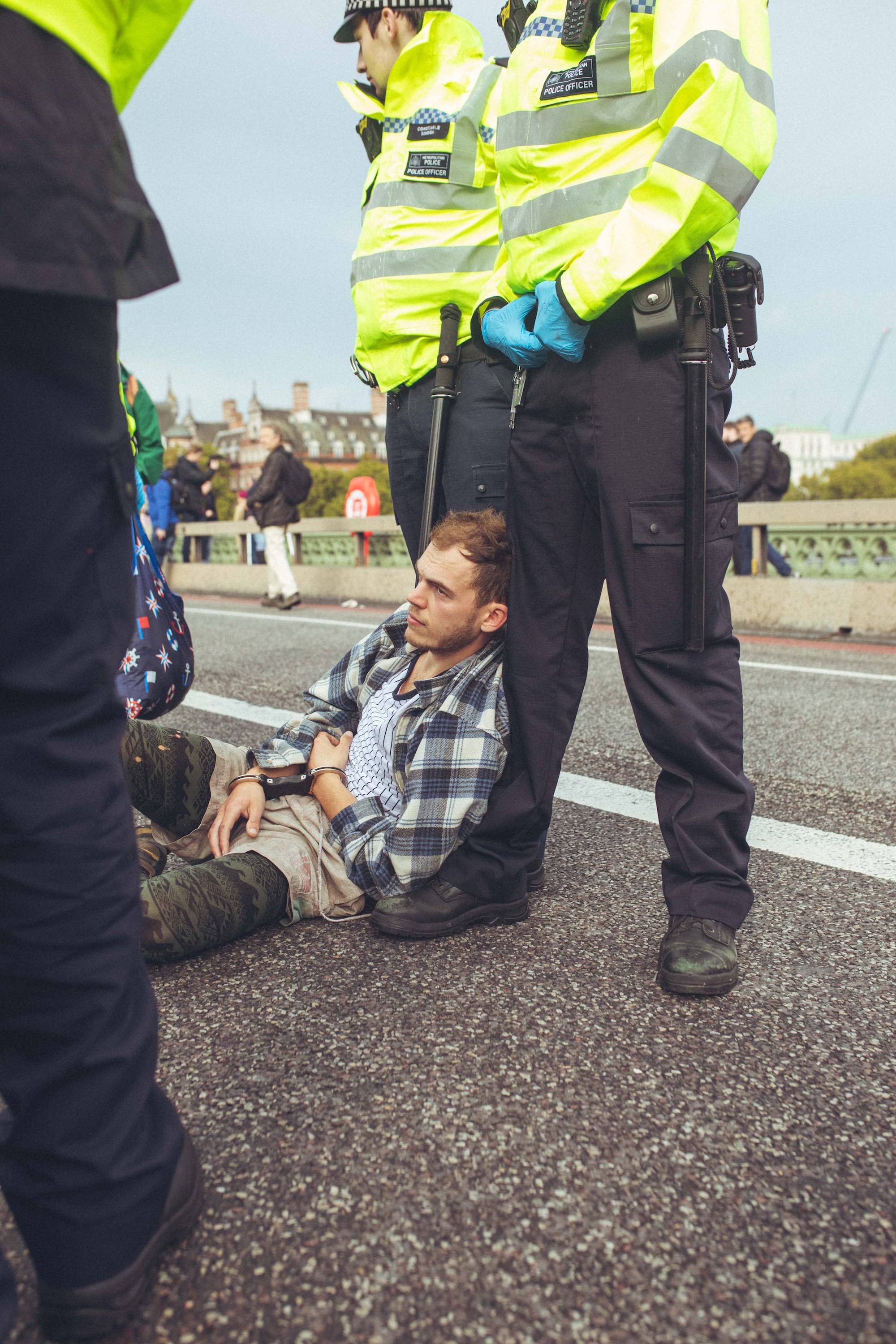 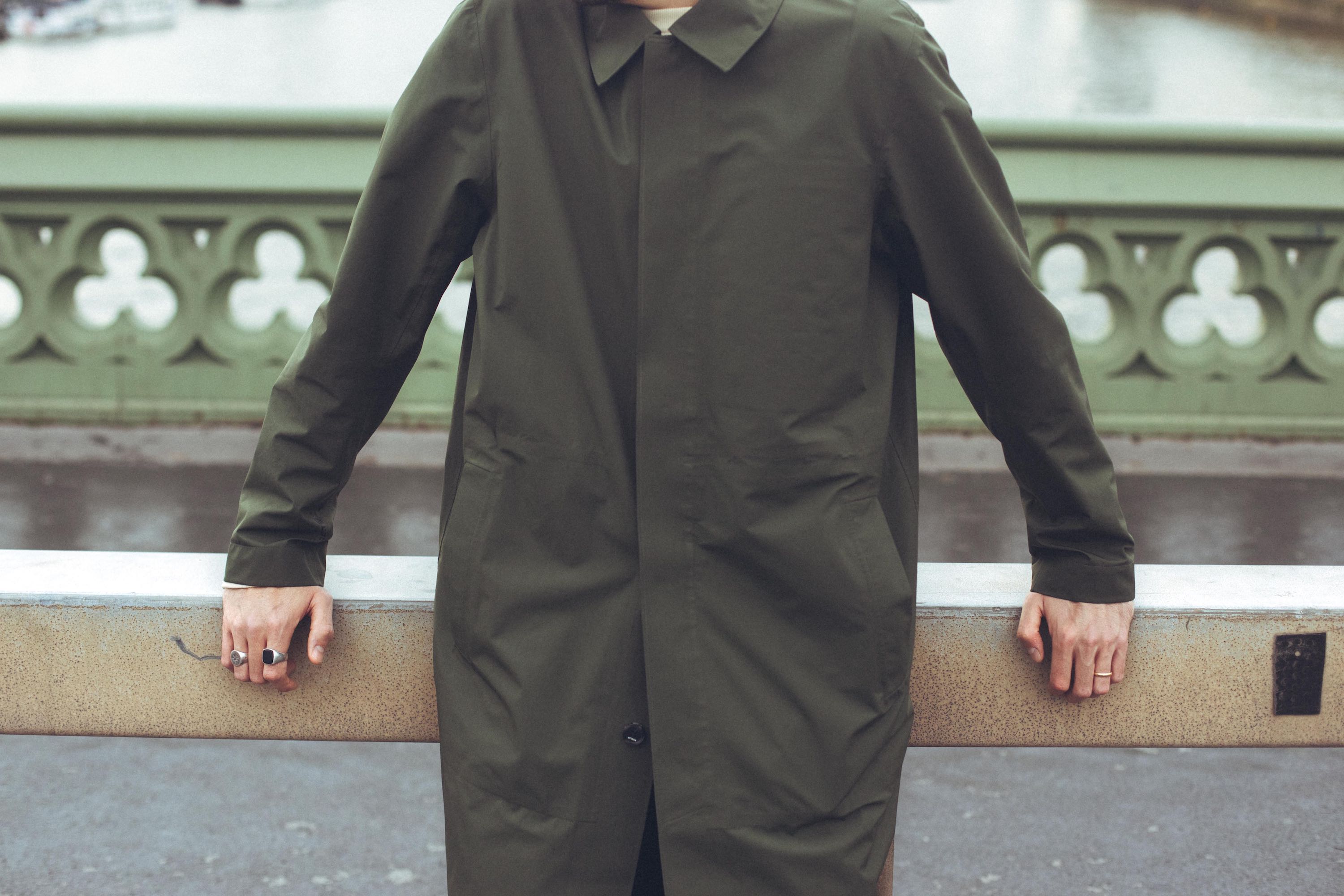 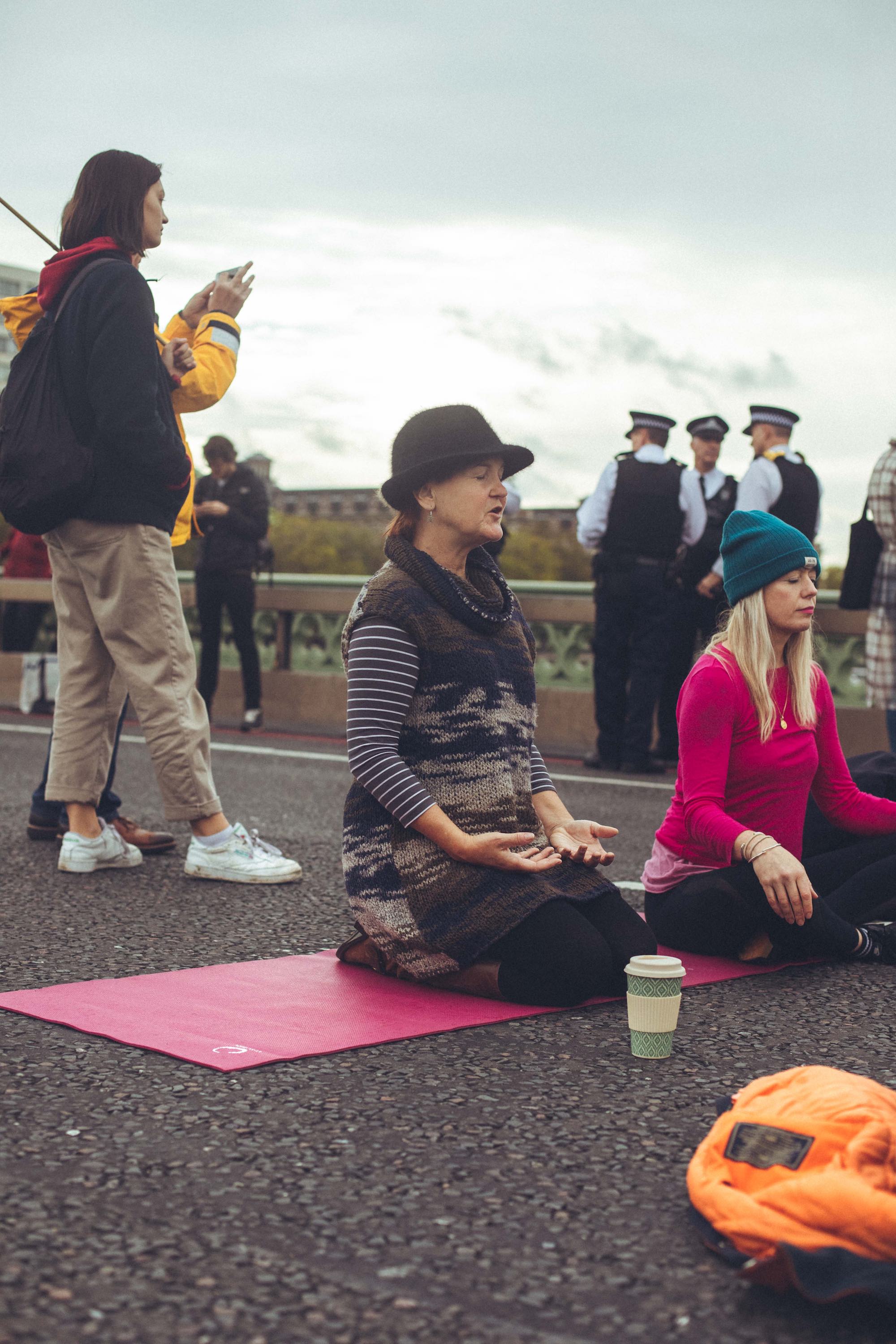 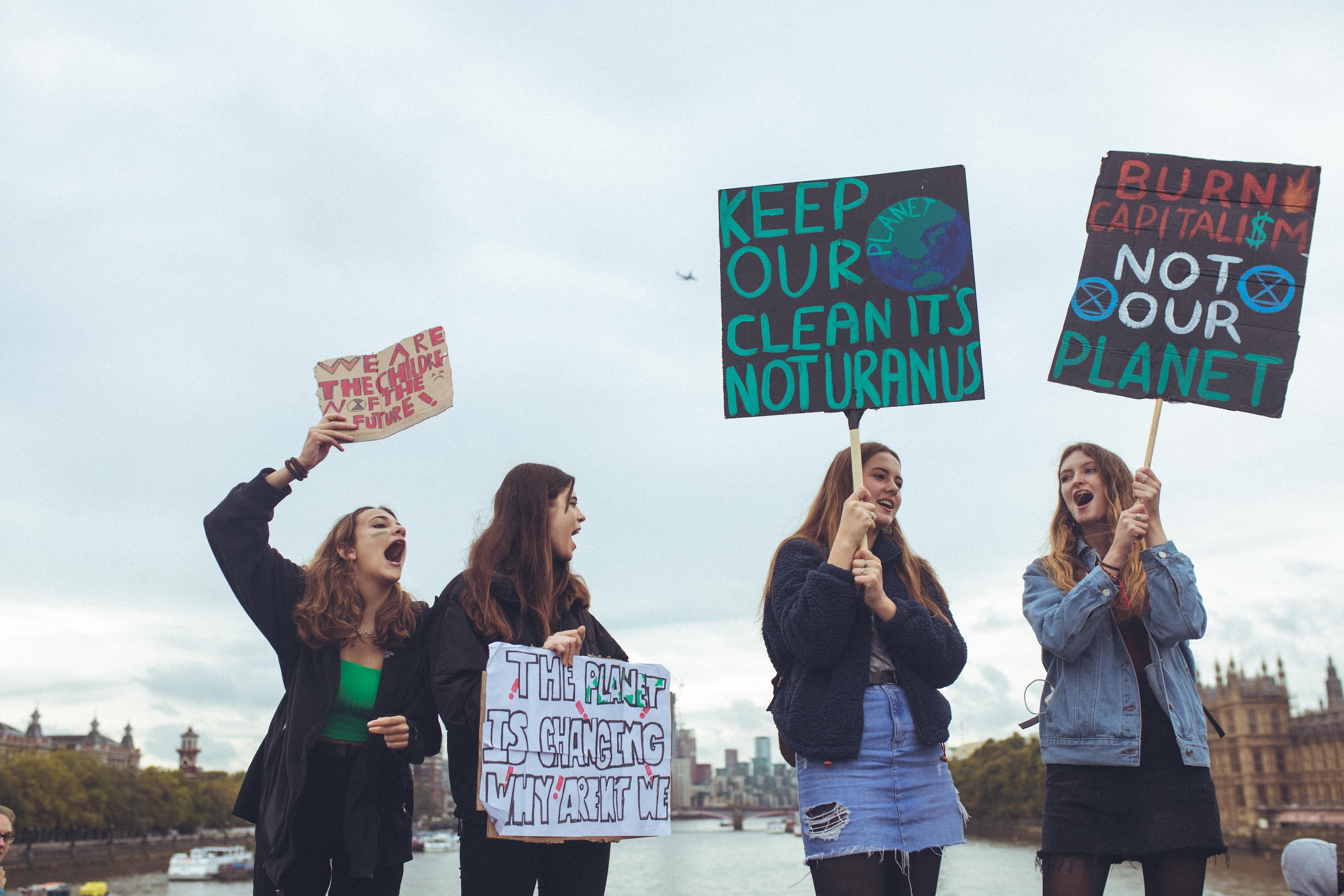 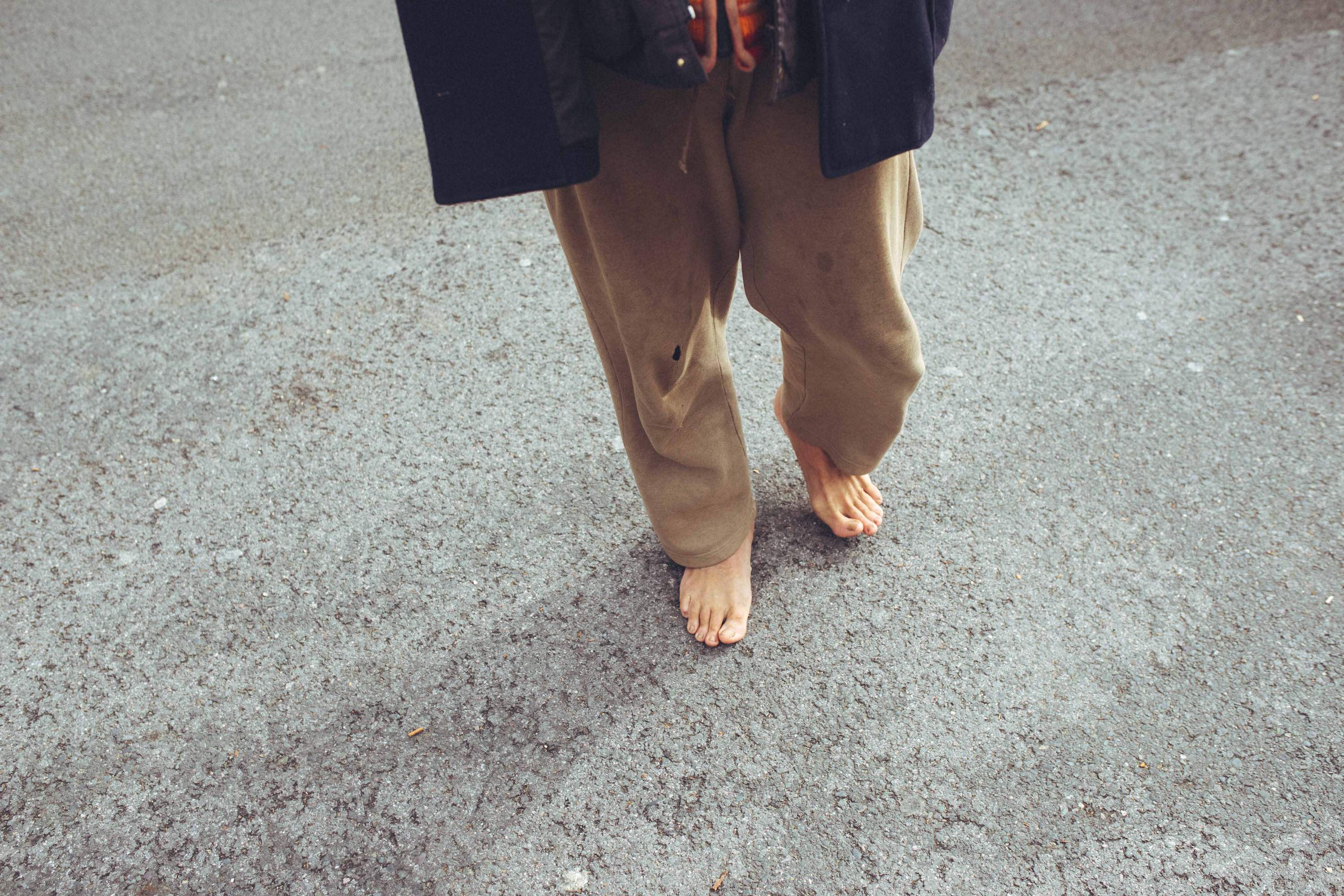 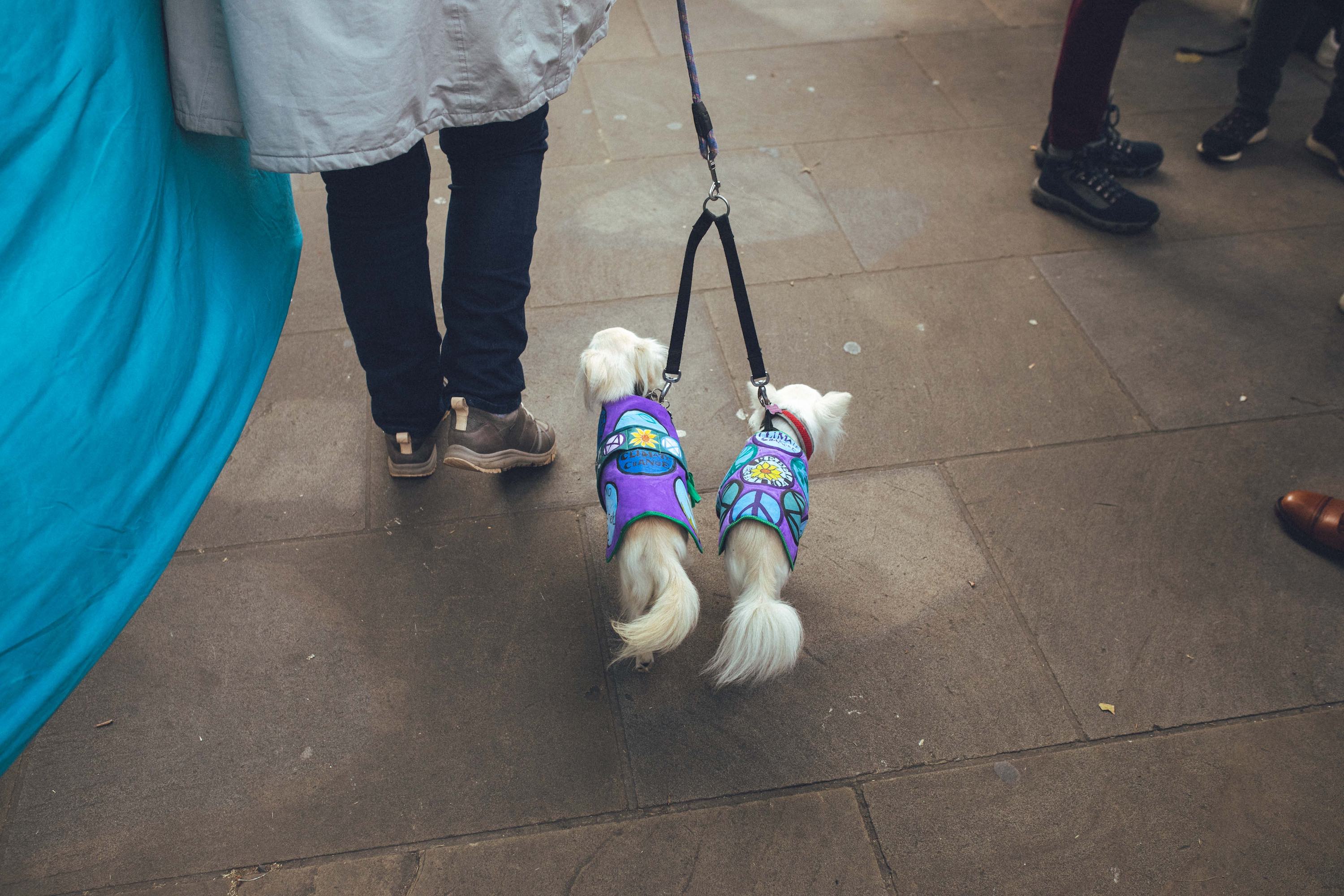 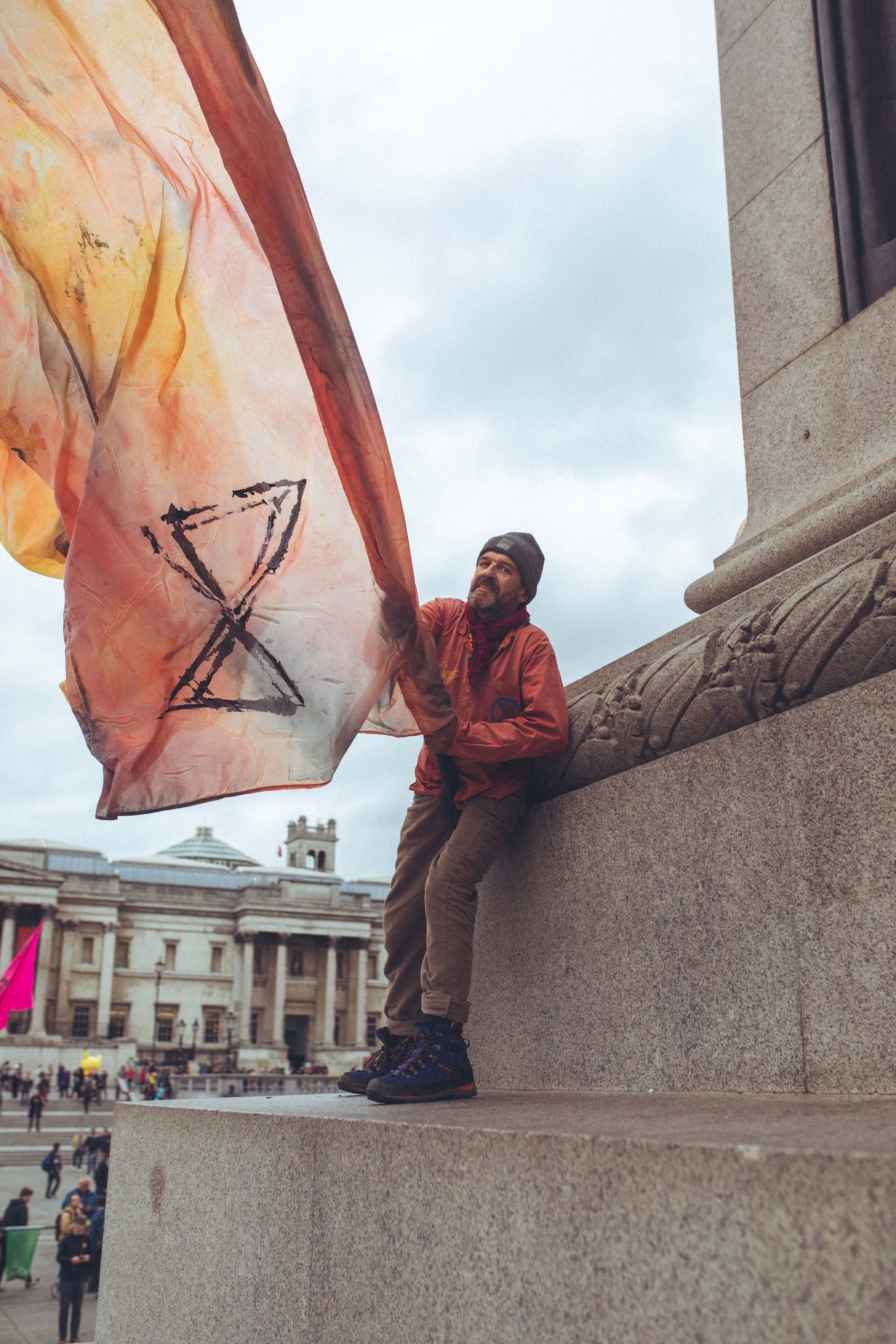 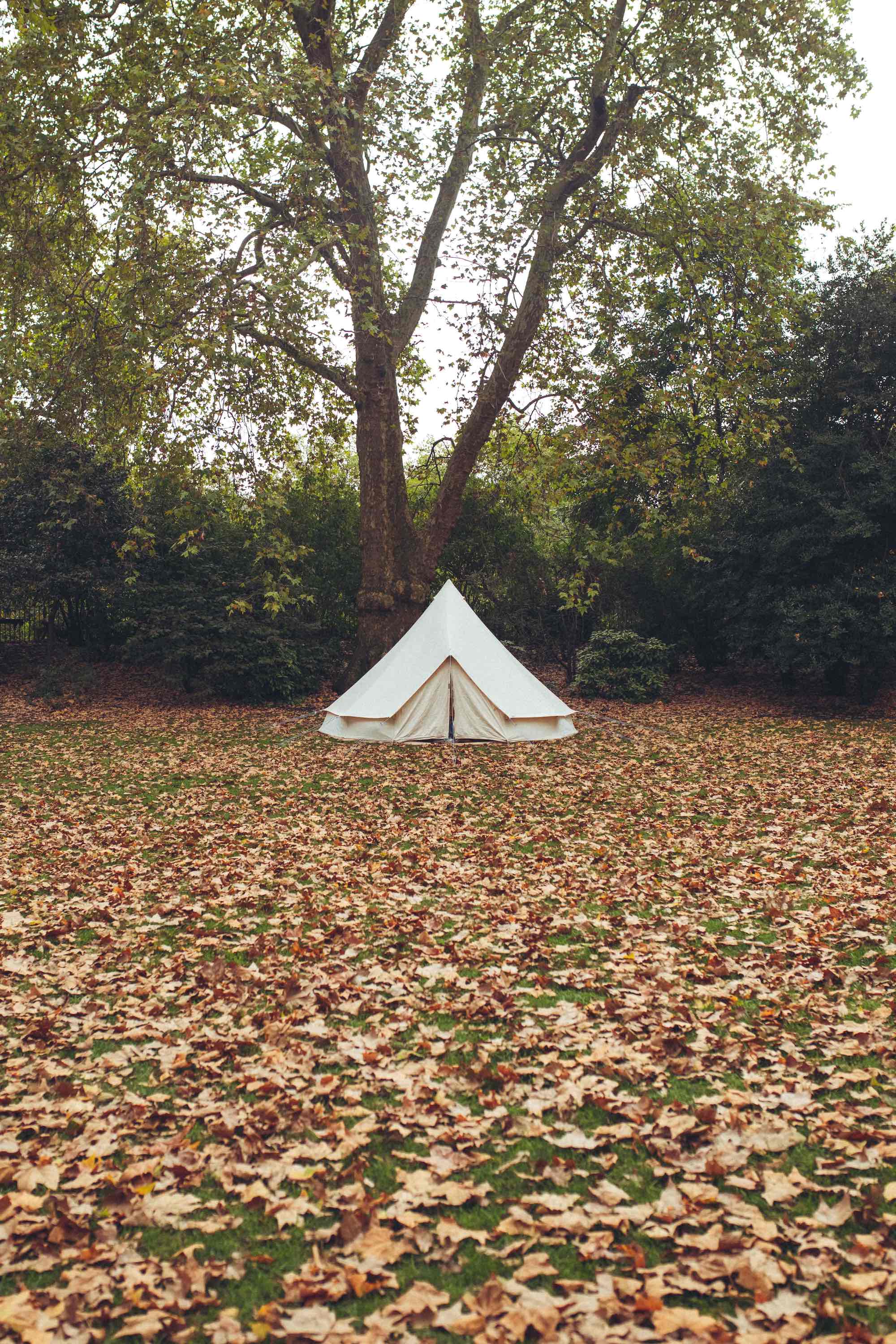 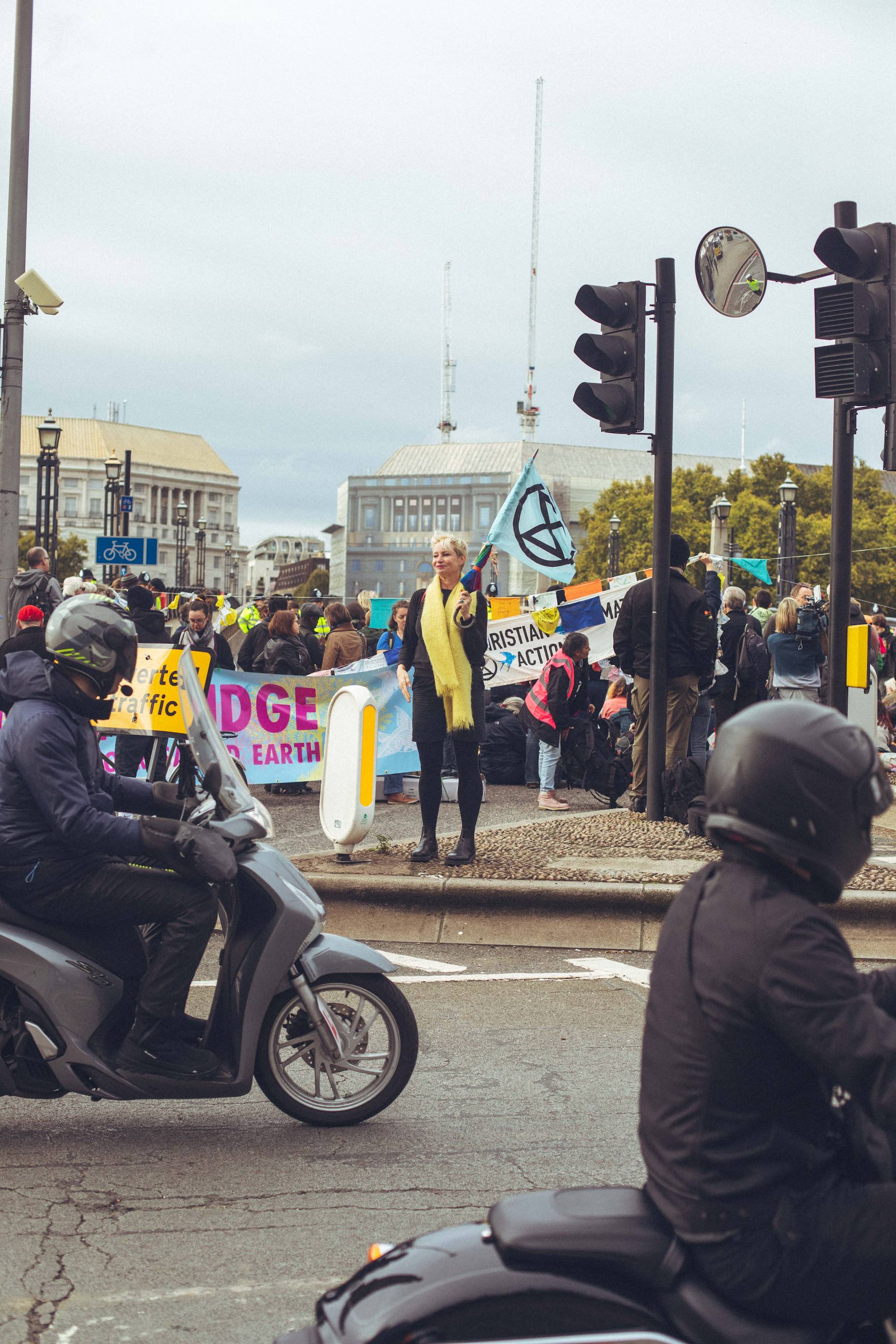 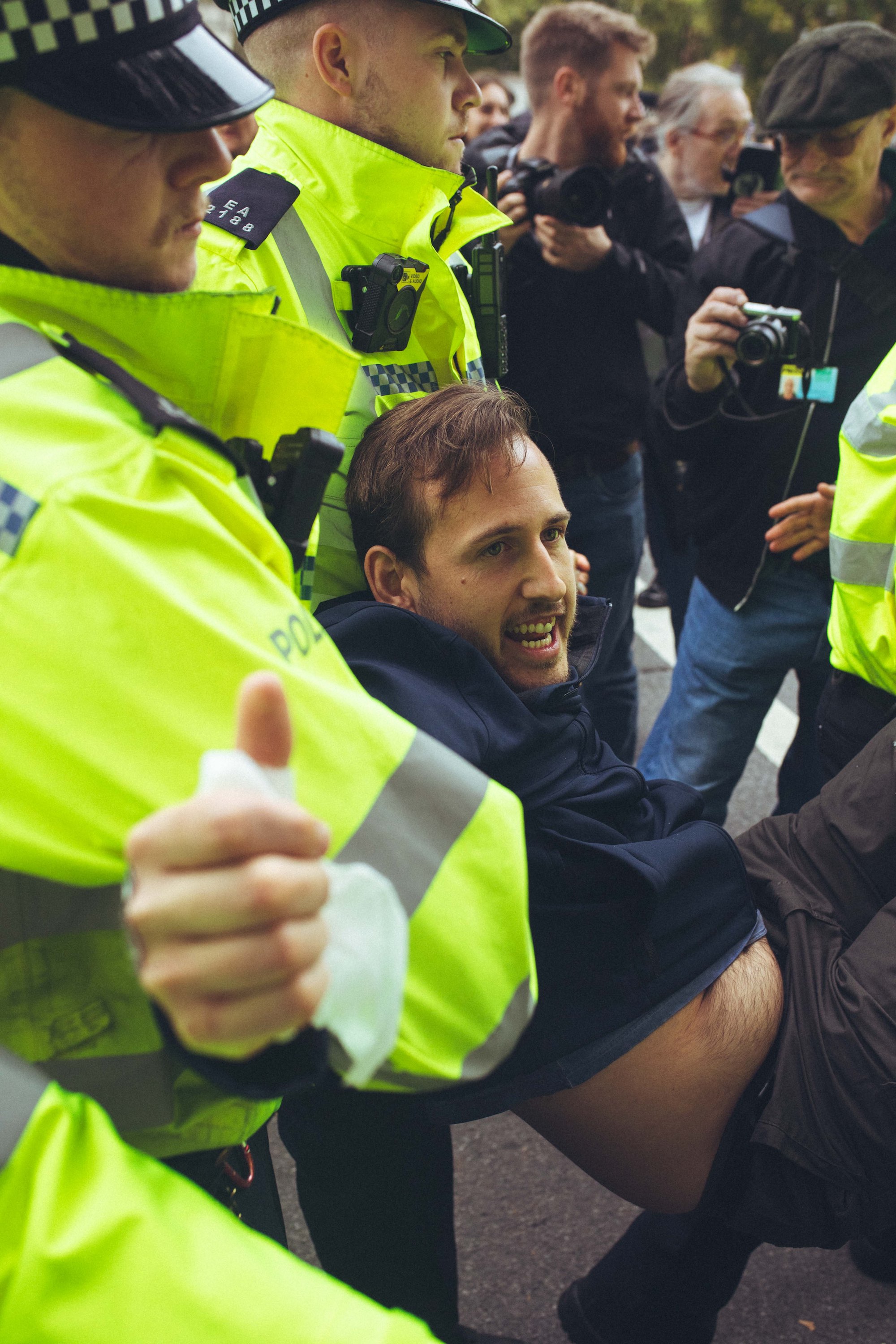 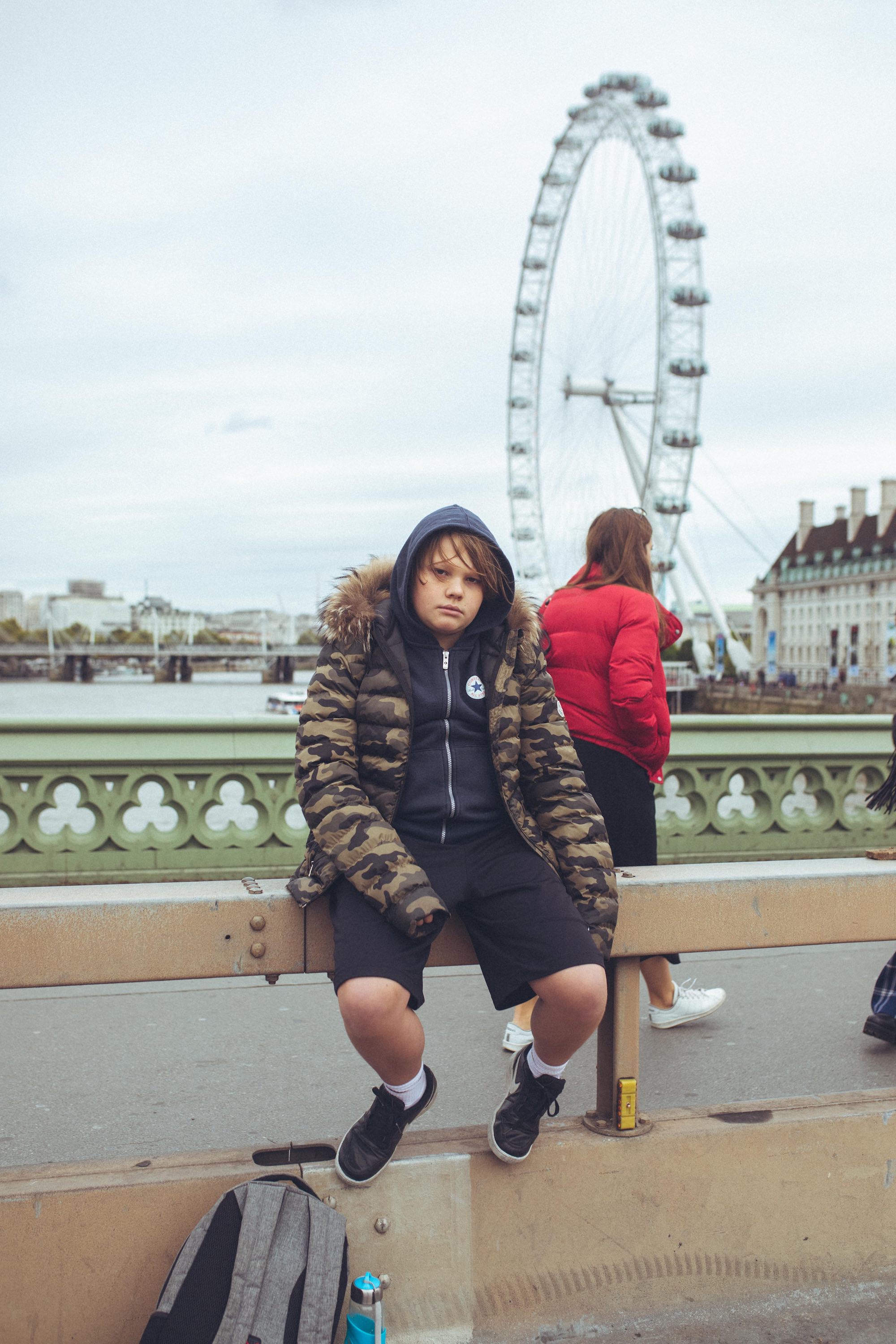 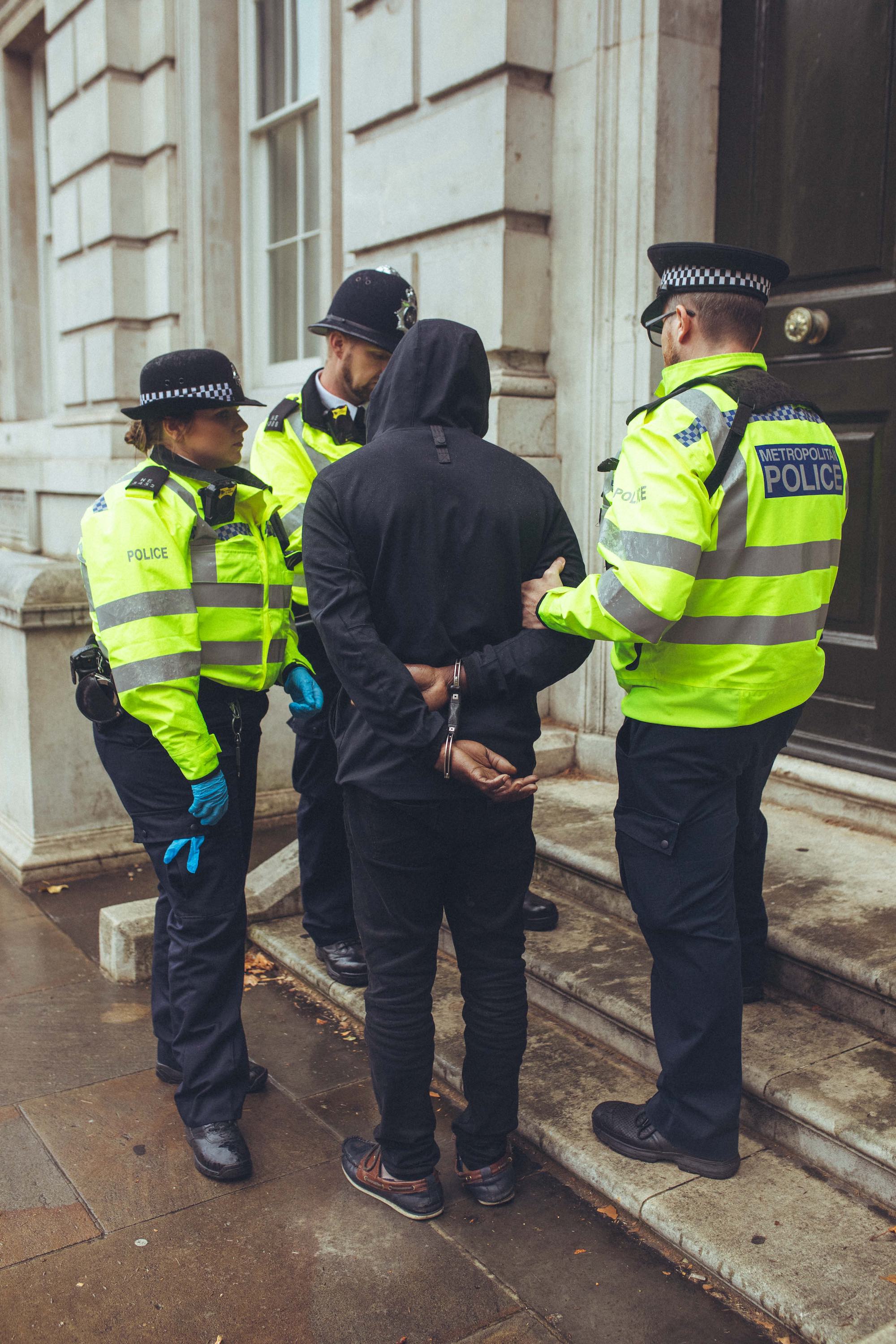 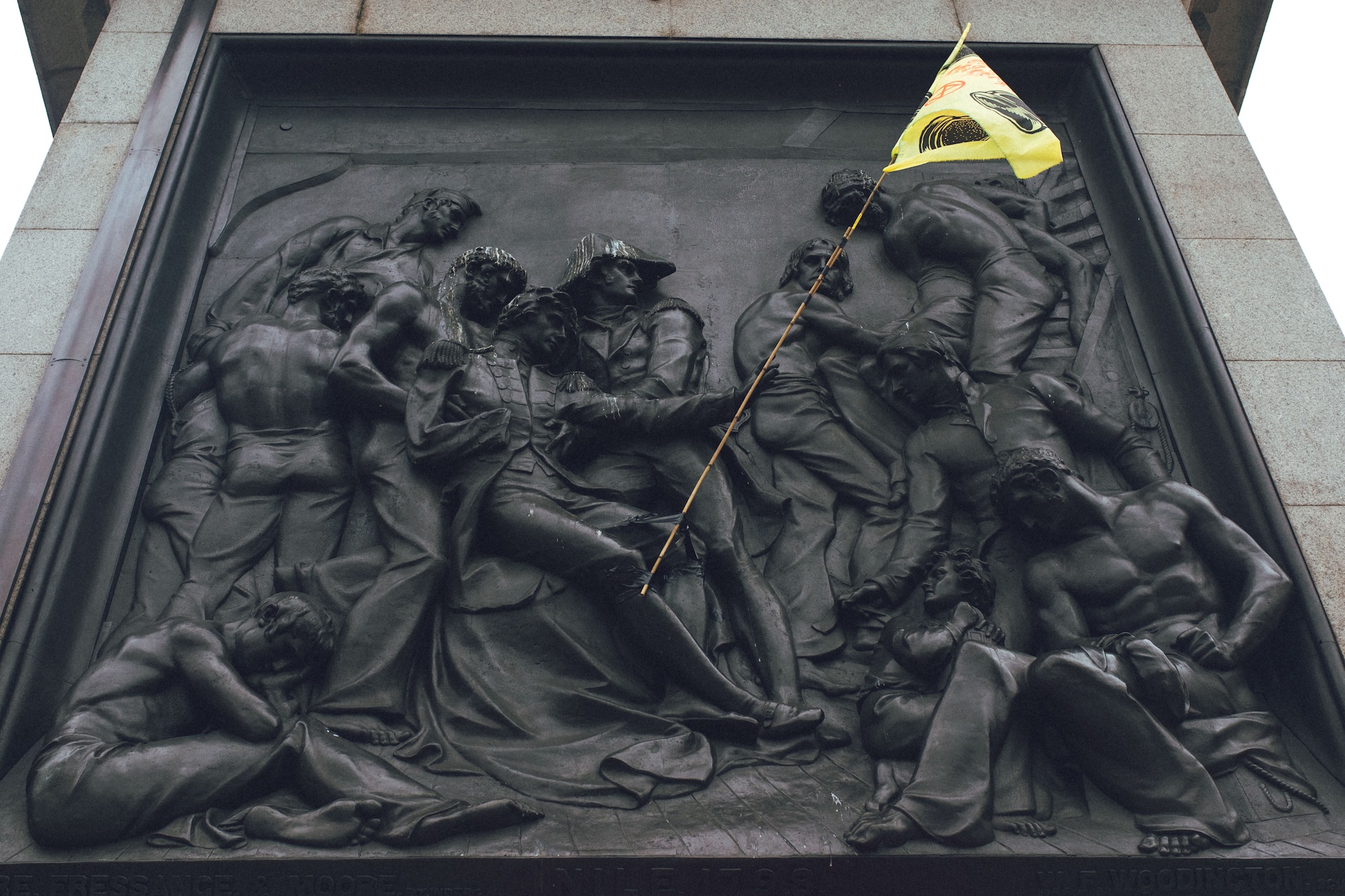 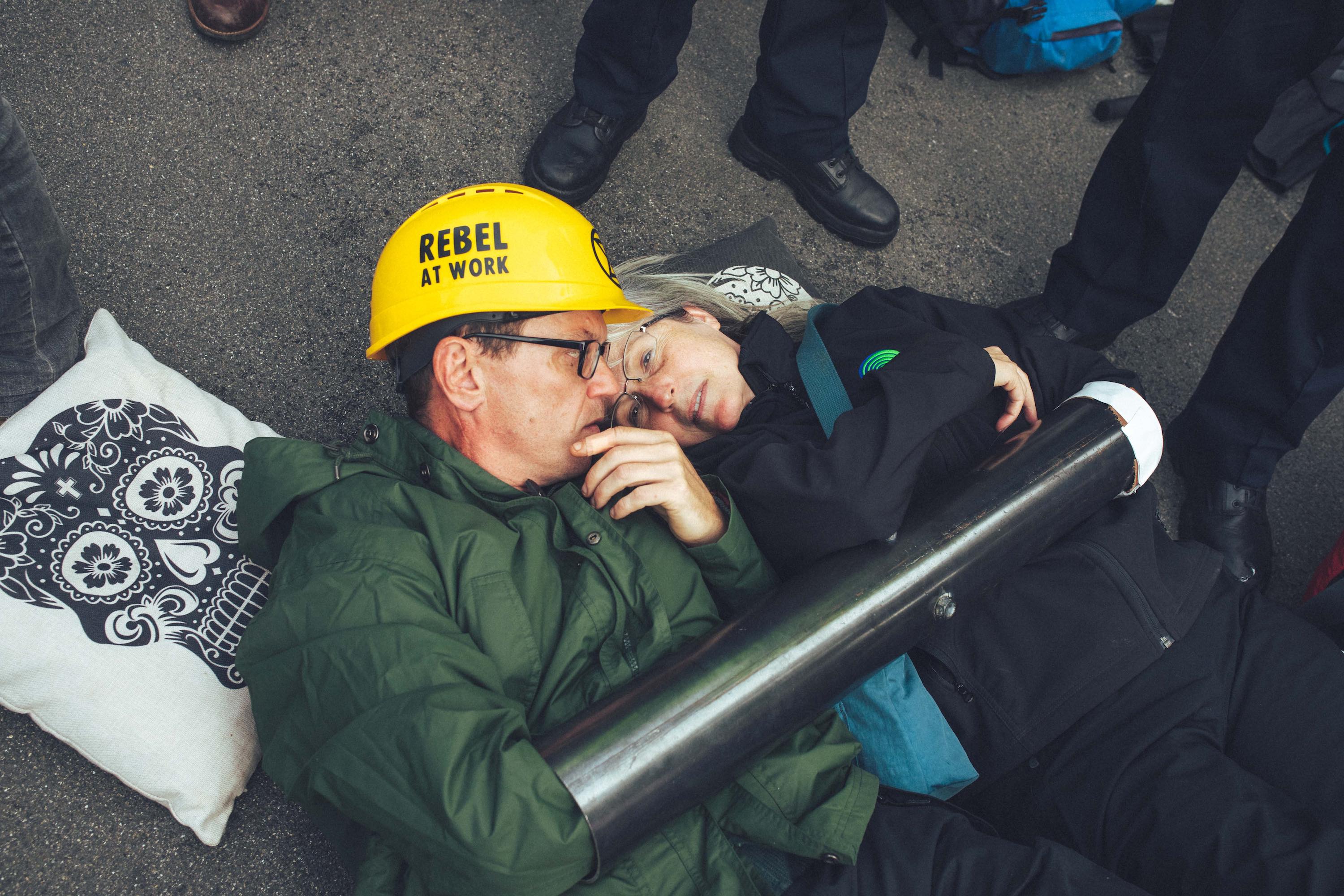 Linkedin
RELATED ARTICLES
OTHER ARTICLES
Following the release of his latest album God Don’t Make Mistakes, the rapper talks horror villains, police brutality and being unafraid to show his vulnerable side.
After news broke last week around an expected reversal of the 1973 landmark law that made abortion legal in the US, protestors gathered in the UK in support of American women.
Satirical culture in the UK routinely protects the powerful and punches down. It’s time people stopped laughing along, writes Elia Cugini.
The answer to improving the well-being of Palestinians rests not with individualised solutions from the Global North, but with ending settler colonialism.
Following the success of her debut novel, the Tottenham native is restating her commitment to the place that made her.
Shifting the focus from the cost of living crisis to tackling obesity while many starve or freeze is farcical and pointless, writes Fatzine founder Gina Tonic.