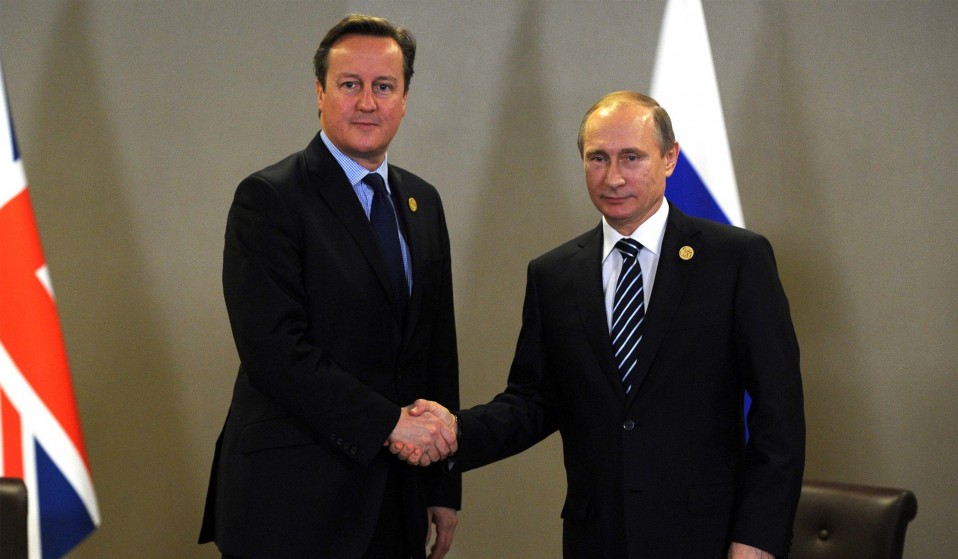 Explainer: Where does the UK PM’s money come from, how is he linked to tax havens and should he resign - like Iceland’s PM when faced with similar accusations?

Explainer: Where does the UK PM’s money come from, how is he linked to tax havens and should he resign - like Iceland’s PM when faced with similar accusations?

The enormous disclosure of confidential data from Panamanian law firm Mossack Fonseca, which advises clients on offshore financial services, has shone a light on the Cameron family’s vast inherited wealth – and the offshore funds it’s built on.

Cameron declared earlier this week that his tax matters were a ‘private concern’ – which angered many transparency campaigners – but then changed his position to say neither he nor his family will benefit from any offshore funds now or in the future.

After stalling for three days and issuing four incomplete answers from Downing Street, on Thursday night Cameron admitted he owned shares in a a Panama-based tax haven fund, which he sold for £31,500 just before he became prime minister in 2010. He is now facing allegations that he broke the MPs’ code of conduct by not declaring the profit he made from this sale.

Cameron joins an elite club of over a hundred leaders and their associates implicated in the Panama Papers, including Vladimir Putin, members of China’s Politburo and former Egyptian president Hosni Mubarak’s son, Alaa. While there’s no claim of illegality, Cameron has described similar tax arrangements as “quite frankly morally wrong.”

Iceland’s PM was forced to step down because his policies to support banks could have created a conflict of interest with his wife’s previously undisclosed financial holdings.

But as PM, is Cameron, too, guilty of a conflict of interest? Could his actions as PM ever have benefitted his own family’s offshore holdings? Yes: in 2013 he intervened to weaken EU attempts to reveal the beneficiaries of such trusts.

So, how heavily is Cameron implicated in tax havens and should he step down? Here’s everything you need to know.

What did daddy do?

Ian Cameron, David Cameron’s father who died in 2010, appears to be the architect of the family’s tax haven empire. But it was grandfather Ewen Donald Cameron, a City director at stockbroking house Panmure Gordon who left an inheritance of £57,000 (worth about £1m today), when he died in 1958.

Like his father, Ian Cameron was made director at Panmure Gordon in 1957 – where he is reported to have made £2m after Panmure Gordon was sold during Thatcher’s Big Bang deregulation period in the early 1980s to a US bank.

In 1982, Ian Cameron set up Blairmore Holdings Inc in the tax haven of Panama and the fund has now been thrown into the spotlight as he consulted Mossack Fonseca, the law firm at the centre of the Panama Papers leak. Blairmore paid Cameron $20,000 a year as a director.

David became leader of the Conservative party in 2005. In 2008, Ian and other Blairmore directors went “jurisdiction shopping” at London solicitors Simmons & Simmons – seeking advice on levels of regulation and costs of moving the fund to a number of other offshore locations. After Ian’s death in 2010, the fund was moved to Ireland – another great low-tax destination.

Ian’s inheritance was publicly declared at £2.74m – but any offshore investments would just have been declared privately to HMRC – and some of his assets are believed to have been left in the tax haven of Jersey, as Channel 4 News reported last year.

What has that got to do with Dave?

Dave inherited £300,000 from his father’s will in 2010, just under the £325,000 threshold for inheritance tax. In an interview on Thursday, he claimed he did not know whether the sum he inherited from his father had benefited from Jersey’s tax haven status, where the unit trust was based.

Cameron’s considerable real estate portfolio includes his £1m home in Dean, Oxfordshire, a house in Notting Hill and an Edwardian terrace house in North Kensington, reported earlier this year to be worth more than £3.5m – some of which was supported by his father.

So, what’s wrong with that?

Indeed, nothing illegal. Although, in 2012 Cameron said he would be happy to release his tax returns – and he’s yet to do so. Whether we’re comfortable with our leaders holding undisclosed wealth is another thing.

However, the smoking gun that would likely force his resignation in most countries comes in the form of the alleged conflict of interest over his EU intervention on trusts, which has been interpreted as setting up a tax loophole his own family trust could stand to benefit from.

In two crisply-written pars @FT breaks news that would, in a democracy, finish @Number10gov https://t.co/KIMmH4syAA pic.twitter.com/BYzAxhZMi6

Despite his supposed championing of corporate tax transparency, The Financial Times reports Cameron wrote in November 2013 to Herman Van Rompuy, president of the European Council at the time, to argue for special treatment to be given to family trusts, widely used for inheritance planning in Britain, in a proposed EU anti-money laundering law.

Citing trusts as a specific problem, Maria Fekter, the Austrian finance minister at the time, described Britain as “the island of the blessed for tax evasion and money laundering”.

Should he resign? Faced with similar accusations and huge public pressure, Iceland’s PM was forced to step down.

So, will Cameron do the same? We’d put all of Huck’s monstrous tax haven millions (of which, actually there are none…) on betting no… no chance in hell.

Green MP Caroline Lucas said: “David Cameron must now come to parliament on Monday and be entirely honest with the British public – any further evasion of the truth over this issue will only add to a growing sense that this government simply can’t be trusted to take tax avoidance seriously.”

But with a huge chunk of Britain’s monopolistic private media and its owners up to their eyeballs in tax havens, there’s little pressure for Cameron to resign. The only major media outlets seriously reporting on the Panama Papers are, coincidentally, the ones not owned by wealthy private interests: The Guardian and the BBC – and us, of course.

So, back to business as usual, then. But you can sign a Sum of Us petition to press David Cameron to fully disclose his tax affairs. It might make you feel better, or attend this protest in London on Saturday.

Check out our ‘Ten things you should know about the Panama Papers’ article.

Linkedin
RELATED ARTICLES
OTHER ARTICLES
Yesterday queer activist group Lesbians and Gays support the Migrants staged a die-in at the Pride in London parade to protest the inclusion of police in the march reports Huck politics editor Ben Smoke.
Proposals to introduce a minimum GCSE threshold for student loans will disproportionately affect those from marginalised backgrounds.
Wealth inequality and the rising cost of socialising is placing a strain on people’s relationships, reports Eve Upton-Clark.
The author discusses the all-consuming nature of heartbreak, and turning the experience into an incisive exploration of love and loss.
For decades, an area of East London has served as a community hub for Vietnamese people looking for a taste of home.
Freddie Miller’s new series of photographs investigates who today’s trainspotters are and what drives their unfettered enthusiasm.