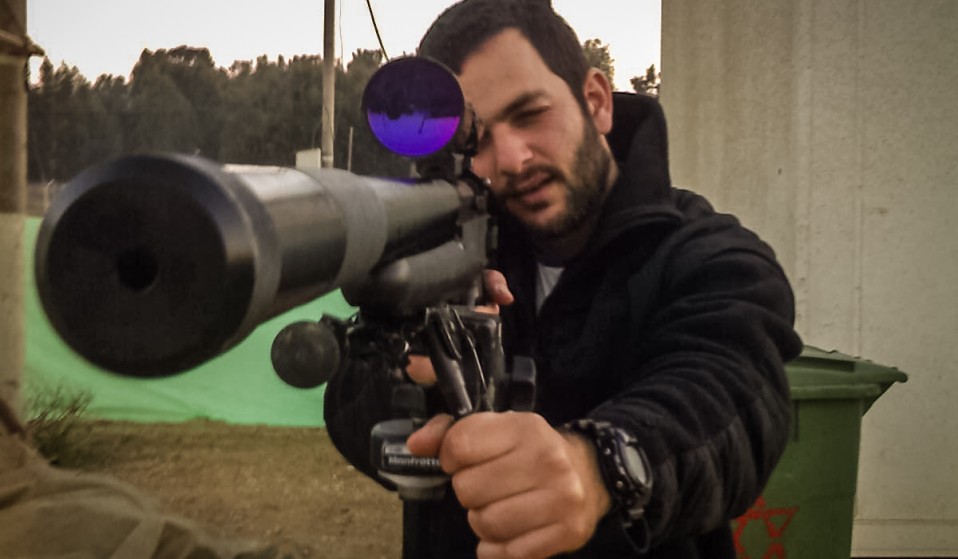 As a sniper in the Israeli Army, Nadav Weiman saw firsthand the injustice of the Palestinian struggle. Now he’s helping other soldiers speak out and break their silence.

Nadav Weiman dreamed of becoming a sniper in the Israeli military, but making that a reality opened his eyes to an unspoken truth: he’d been duped into committing injustice. Now he’s helping others speak out.

One summer day, 10-year-old Nadav Weiman made his way back to the car, tired from an afternoon spent with a friend and his mother at the mall.

Rain doesn’t often fall in Tel Aviv, so when the sound of thunder echoed through the streets, something didn’t feel quite right.

“Suddenly there were police cars and ambulances and fire trucks,” Nadav recalls now, some 21 years later. “We saw the smoke and realised it was a suicide bombing in the centre where we’d just left.”

Like most Israeli children, Nadav grew up with an understanding that his fellow citizens were in constant danger. From kindergarten to high school, he was taught a one-sided history of the Jewish state: the one where Israel was founded on empty deserts, where the barbarism of the Palestinians and the surrounding Arab countries would not falter until he was dead.

“This is what goes on in your head,” he explains via Skype from his home in Israel. “That we are in a constant fight, a constant struggle; that people hate us because we’re Jewish and we have to protect ourselves.”

Signing up to the Israeli Defence Force (IDF) at 18 felt like a privilege rather than a duty (military service is mandatory in Israel). From 2005 to 2008, Nadav served in the Nahal Infantry Brigade as a sniper. When he was deployed to the West Bank city of Jenin, he expected bombs and bullets – but was shocked to witness an altogether different injustice.

“You don’t really learn about the occupation,” he says. “It’s only during active duty that you encounter civilians for the first time. I realised what we were sent to do is to control two-and-a-half million Palestinians by force… You are not fighting a war; you’re not stopping terrorists on a day-to-day basis, just imposing military law.”

Under the cover of darkness, Nadav’s team would forcefully enter Palestinian houses and patrol residential streets with a tactic of ‘shoot to kill’. “All of the operations I was sent on were perfectly legal,” he says. “But I still sensed we were doing something wrong, taking away the liberty of the Palestinians.” 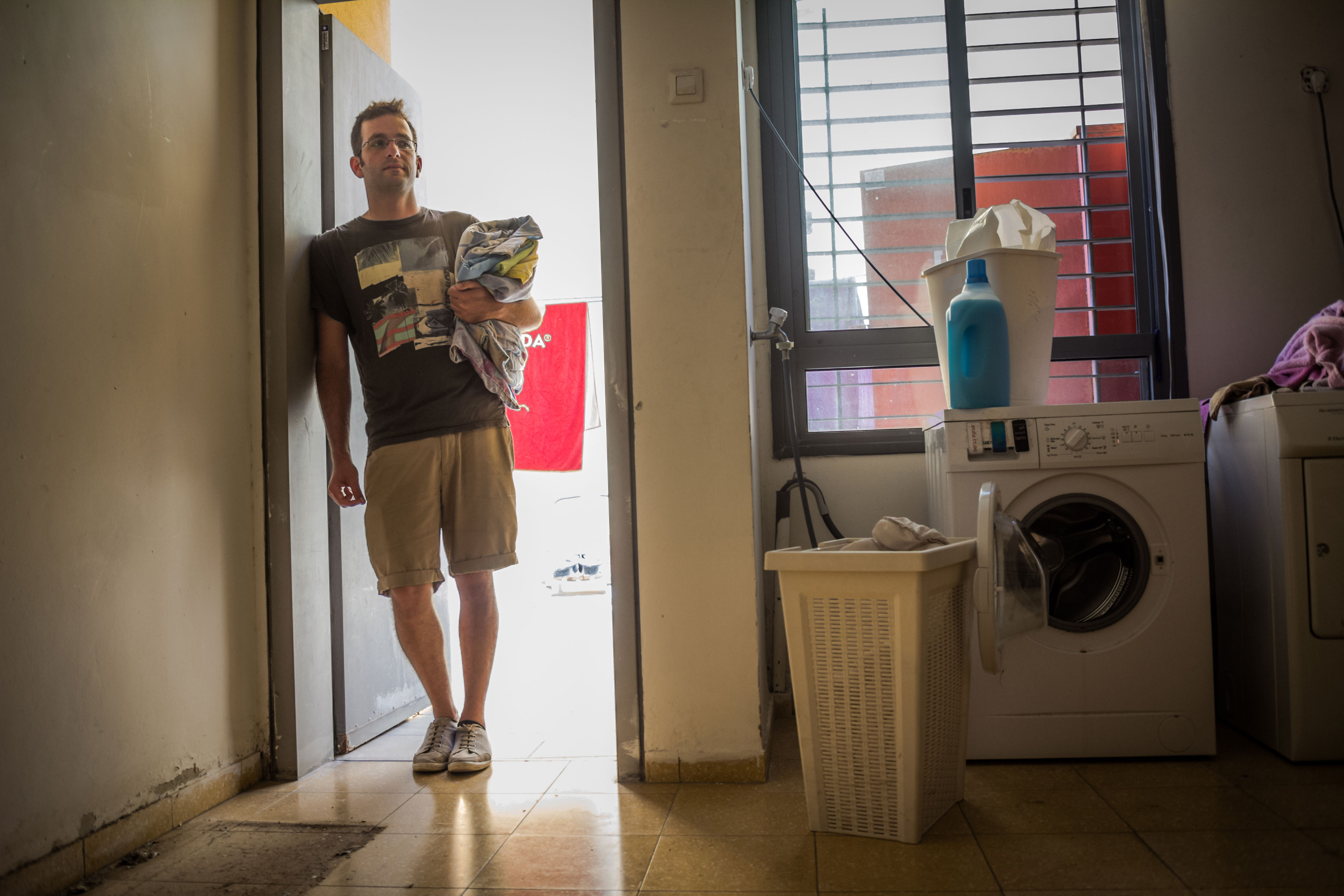 Once military service ended, Nadav travelled to South America, where he struggled to escape his guilt and anger, finding little solace from friends he made on the road. “I’d tell people I’d just served in the Israeli army and they’d look at me like I fell from the moon.” In Israel, he had nobody to turn to. But outside its borders, nobody understood either. It was only after returning home that Nadav found the tools to make sense of his experiences.

Breaking the Silence is an organisation founded in 2004 by a group of Israeli military veterans. By collecting and collating the testimonies of those who’ve served in the occupied territories, they’re creating a space for Israelis who feel like they can no longer be complicit, exposing the unspoken truth behind Israel’s occupation of Palestine.

“When I called to say I wanted to give testimony, I was shaking when I hung up the phone,” he says. “I felt like I was sending me and my team to the Hague as war criminals.” Over a traditional Shabbat dinner one Friday night, Nadav told his family of his decision to speak out; his father yelled at him, his brother stormed off.

It took a while for Nadav’s family to come around. Attending a Breaking the Silence event together not only revealed another side to the conflict, but to their son’s bravery. The country at large has been less understanding. Israel hasn’t escaped the right-wing rhetoric that’s gathering momentum in the West and Prime Minister Benjamin Netanyahu’s Likud party has taken a hard line against the thousand or so soldiers involved in Breaking the Silence.

“Our prime minister says that we are collecting information about the IDF and that they’ll be investigating us,” explains a frustrated Nadav, who has been physically assaulted for his stance. “The majority of Israelis truly believe that we are a bunch of spies and traitors.”

Now 31, Nadav feels part of a movement. It’s why he works for Breaking the Silence as its public relations coordinator – assisting the organisation’s educational programmes, tours and lectures. To emphasise just how controversial that is, Nadav mentions the soldiers in his unit – people who have grappled with the same emotions and experiences as him. Yet when he informed them via a Facebook group that he now works with Breaking the Silence, they expressed disappointment but not surprise.

“There’s a shrinking democratic space in Israel,” he says bluntly. “You are allowed to talk only in certain cases and only about certain things… And maybe soon we won’t be allowed to talk at all.”

Given that this cycle of violence has been raging since before Israel’s foundation in 1948, and shows no sign of abating, Nadav understands why speaking out against such a deeply ingrained dynamic can mean being ostracised. But he also knows that those who label whistleblowers as traitors are the same people with the power to bring about change.

“We choose to occupy the West Bank, we choose to open checkpoints,” says Nadav, sighing. “We can also choose to close them. We are the strong side, not the weak. We are not being hunted, so we have the responsibility.”

Linkedin
RELATED ARTICLES
OTHER ARTICLES
The curators of a new exhibition are hoping to shed light on Plymouth’s vibrant but often overlooked nightlife.
In the latest instalment of Photographers in Conversation, the chronicler of raves, protests and beyond explains why he’s drawn to such specifically visceral environments.
Photographer David Hoffman recalls documenting the extreme wealth inequality around Tower Hamlets and Hackney int the 1980s.
Photographer Matthew Brookes recalls following a group of young people in Venice Beach living in search of the perfect wave.
Freddie Miller’s new series of photographs investigates who today’s trainspotters are and what drives their unfettered enthusiasm.
For decades, an area of East London has served as a community hub for Vietnamese people looking for a taste of home.