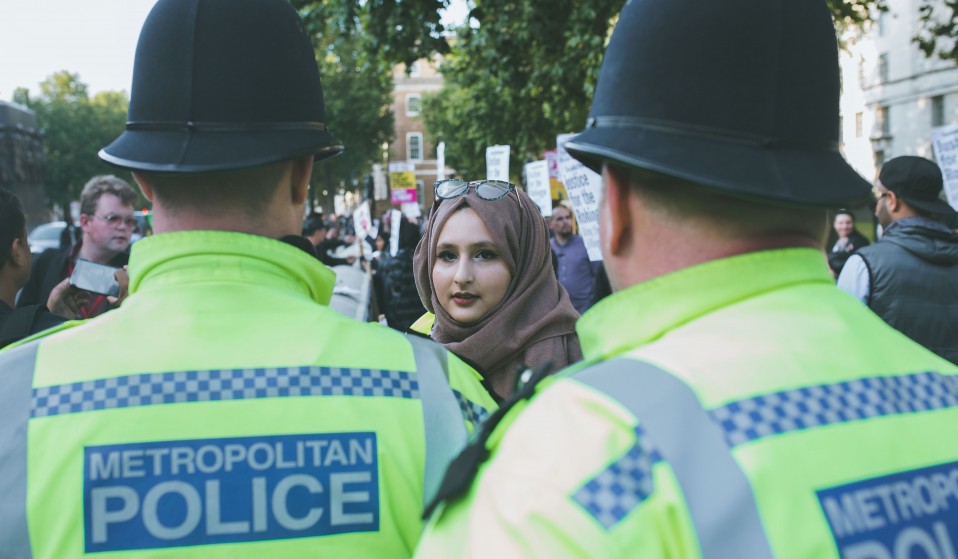 In Myanmar, hundreds of Rohingya people are being raped, tortured, and killed in reported military attacks. Now, London protesters are calling for intervention.

In Myanmar, hundreds of Rohingya people are being raped, tortured, and killed in reported military attacks. Now, London protesters are calling for intervention.

Despite getting minimal coverage in most mainstream media, there’s been a major humanitarian crisis unfolding in Myanmar. The Rohingya people, who are based in the nation’s Rakhine state, are currently being massacred in their hundreds by an onslaught of brutal military attacks. According to reports, they are being raped and tortured by Myanmar soldiers, with their homes being broken into, raided, and burnt down.

The Rohingya people, who are mostly Muslim, have faced systematic discrimination due to their uneasy relationship with Myanmar Buddhists. As a result, the nation’s government has done as much as they can to deny their citizenship; cutting their access to medical assistance, education and curtailing their freedom of movement. And now, if recent refugee reports are to be believed, this discrimination has taken a much more sinister, serious turn.

In London yesterday, a group of protesters descended on Whitehall to urge for greater international intervention against these attacks – attacks which, according to the UN, are at risk of turning into “ethnic cleansing” (though the Myanmar government has been swift to deny these accusations). Photographer Theo McInnes headed down to Whitehall to capture the action. 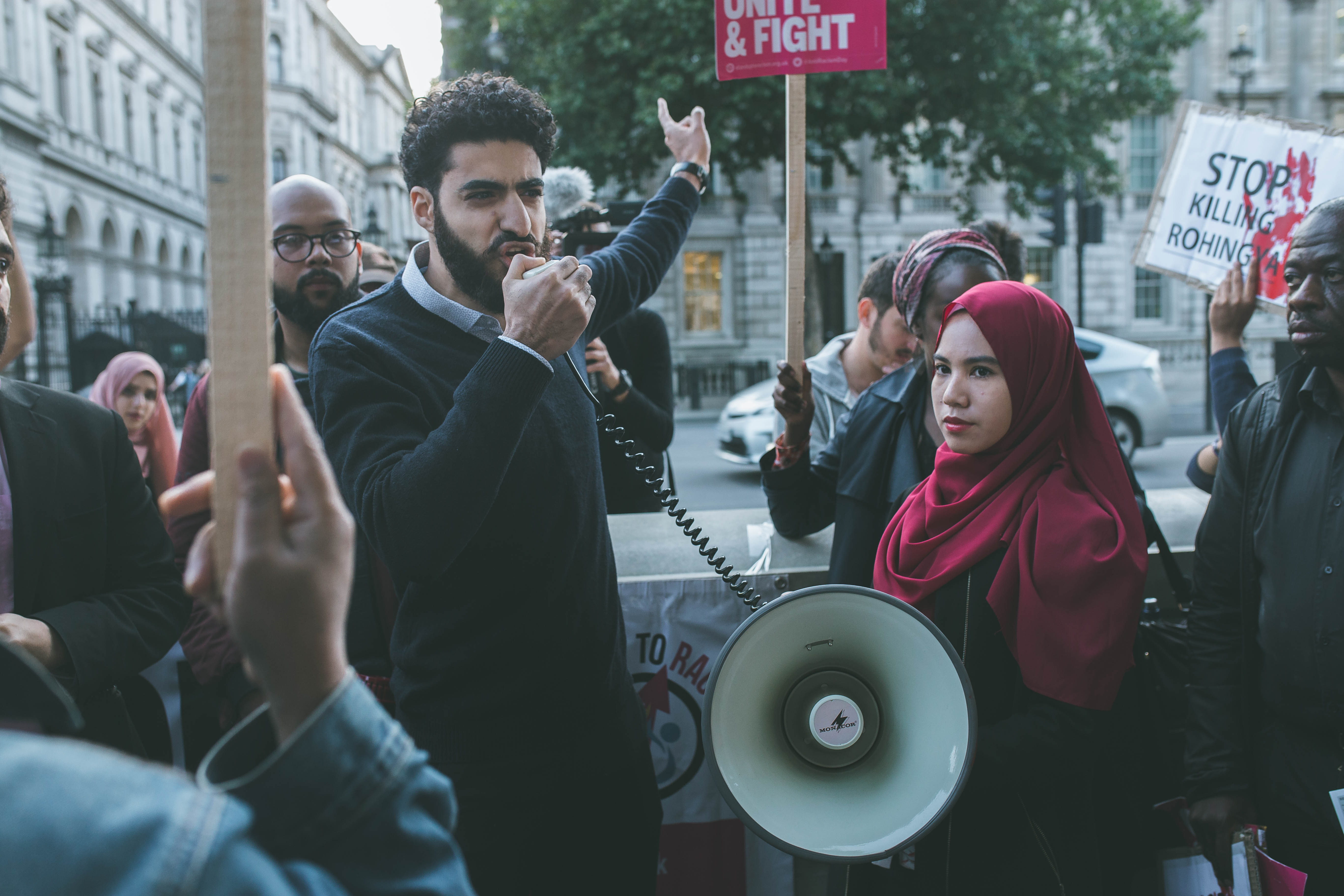 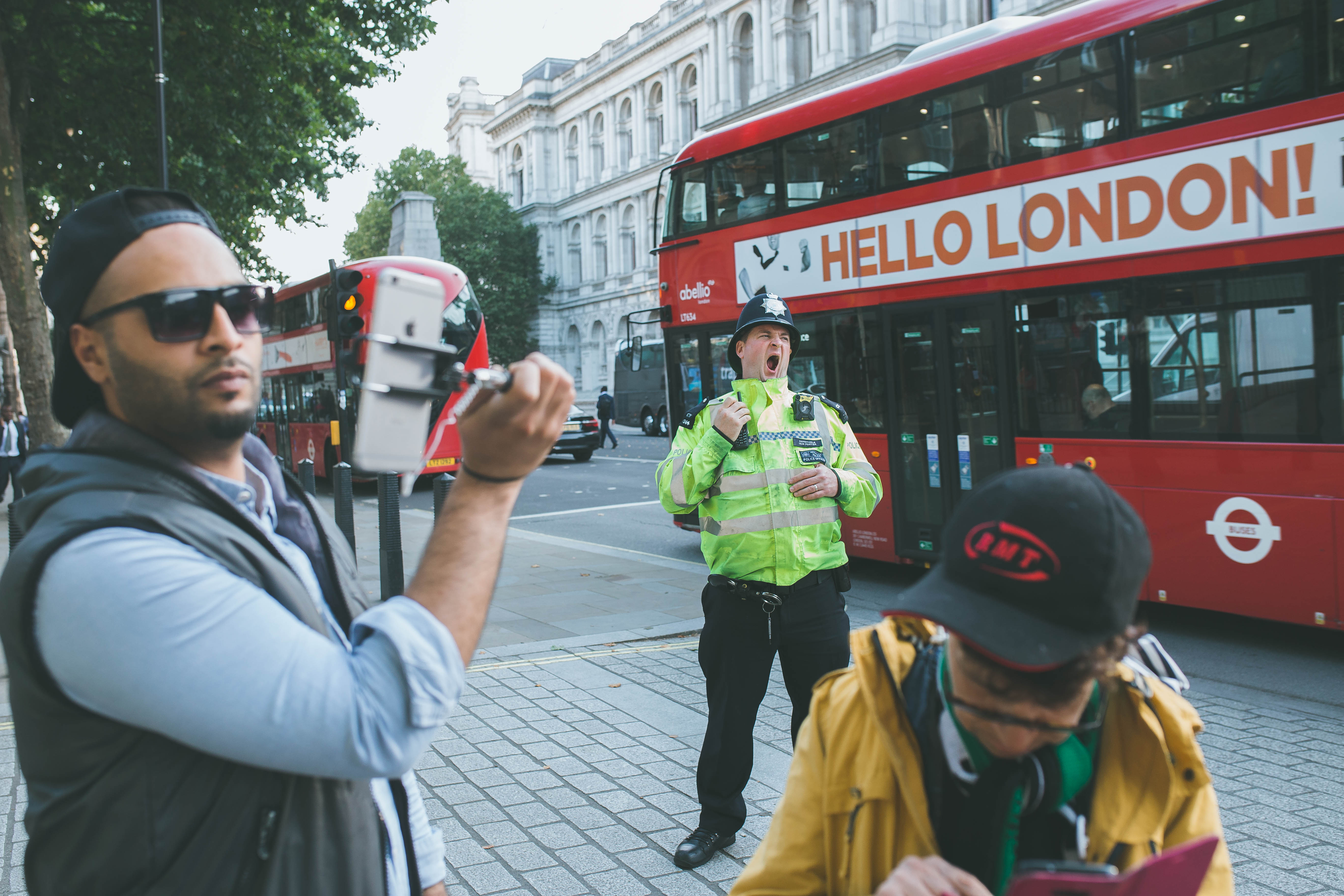 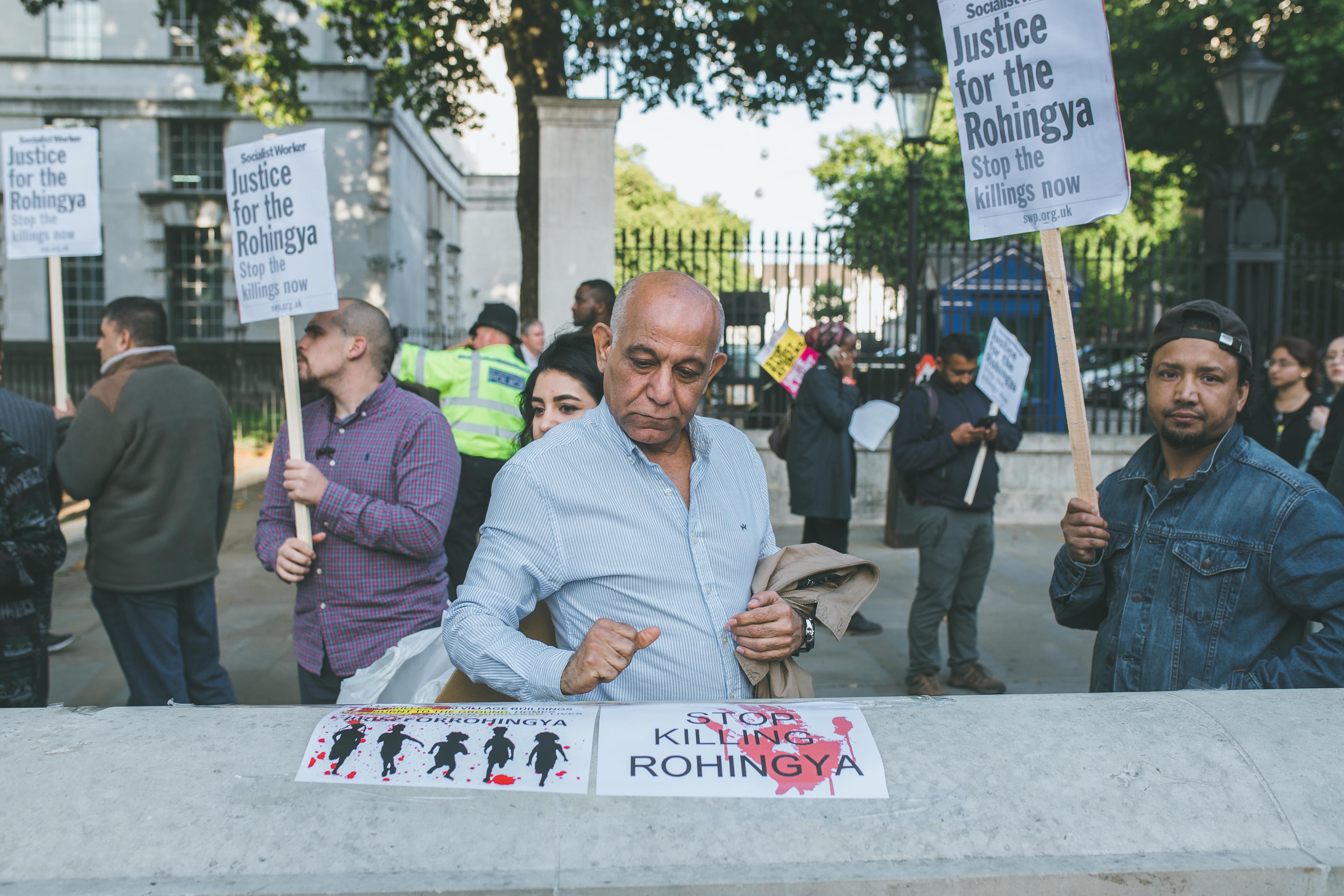 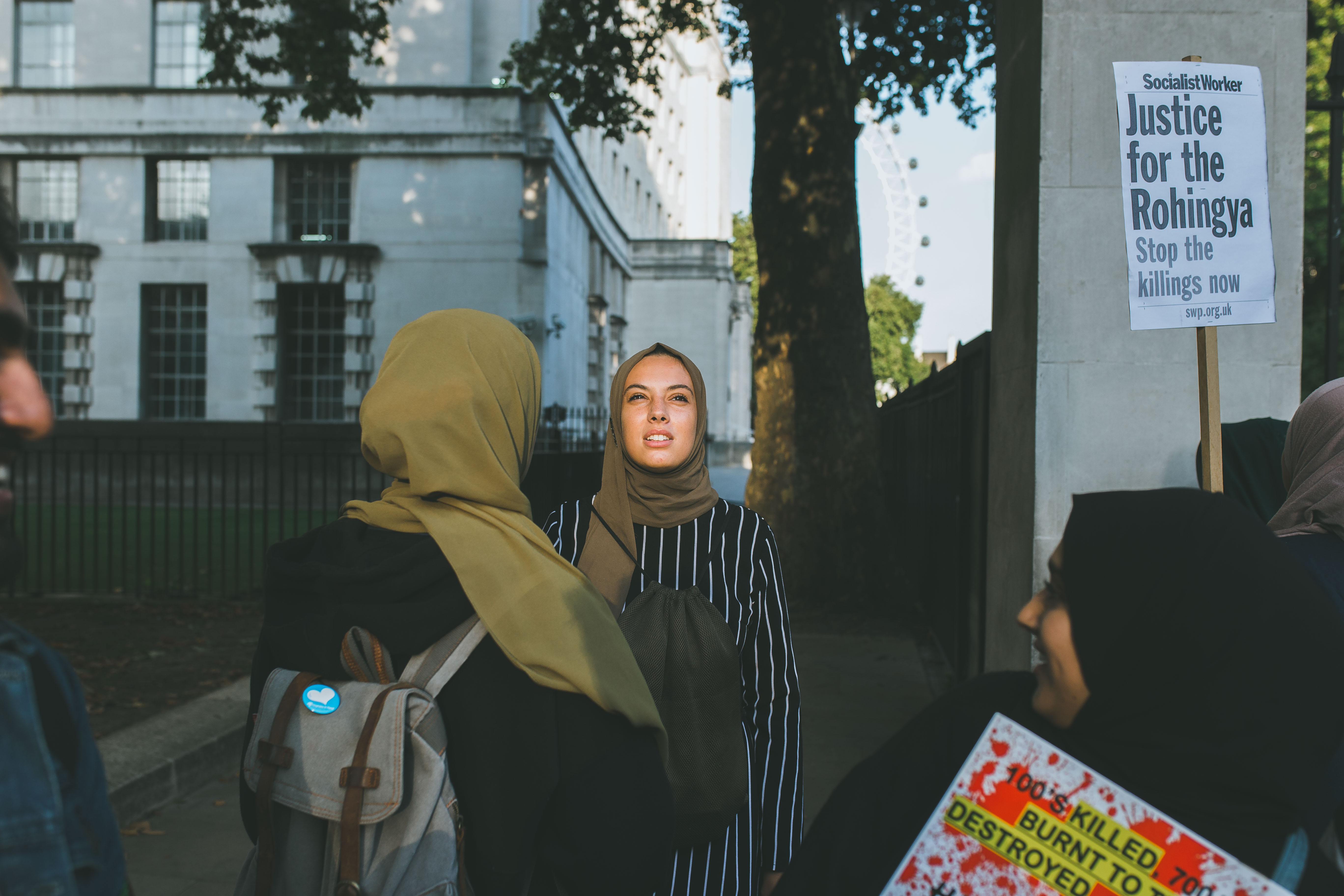 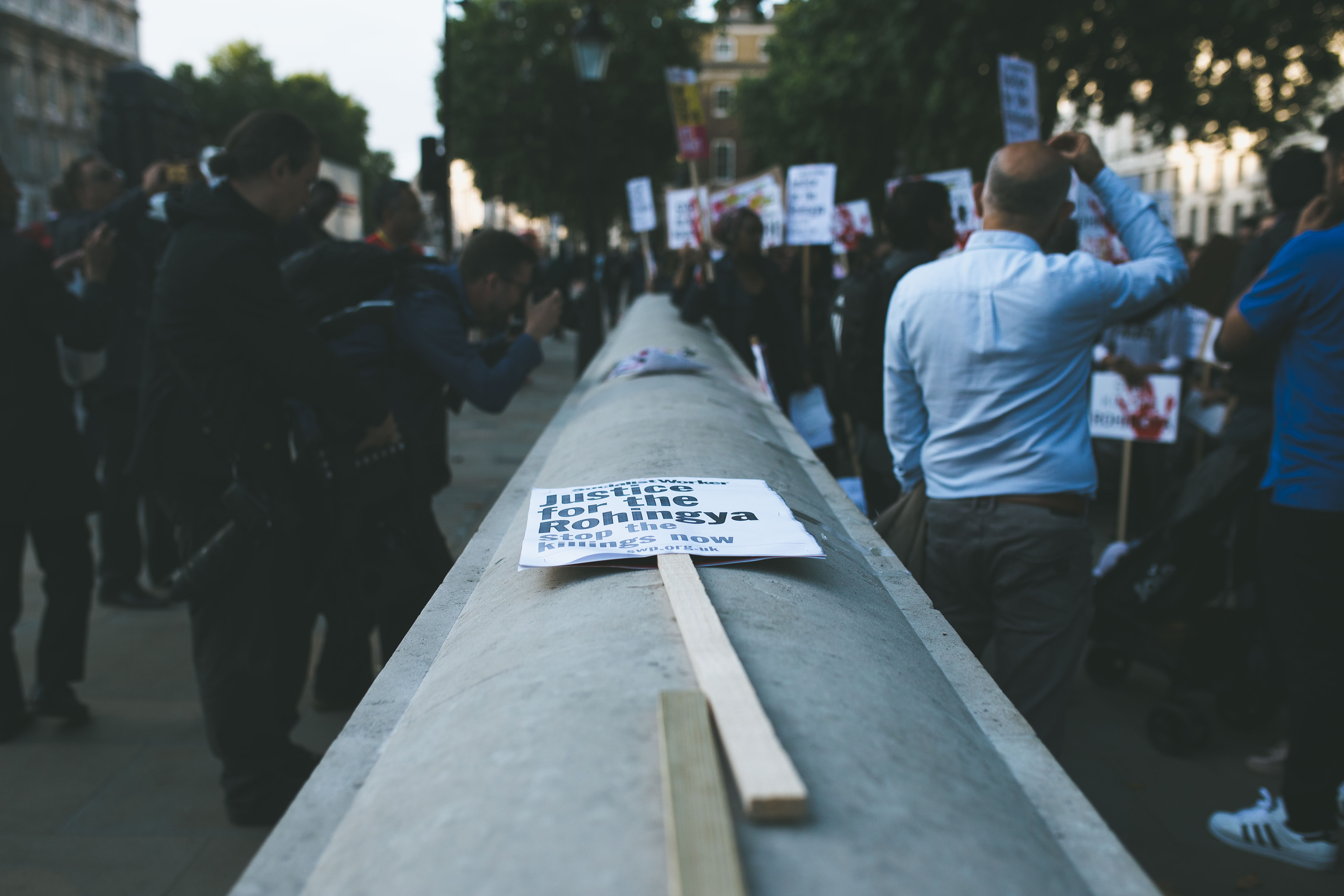 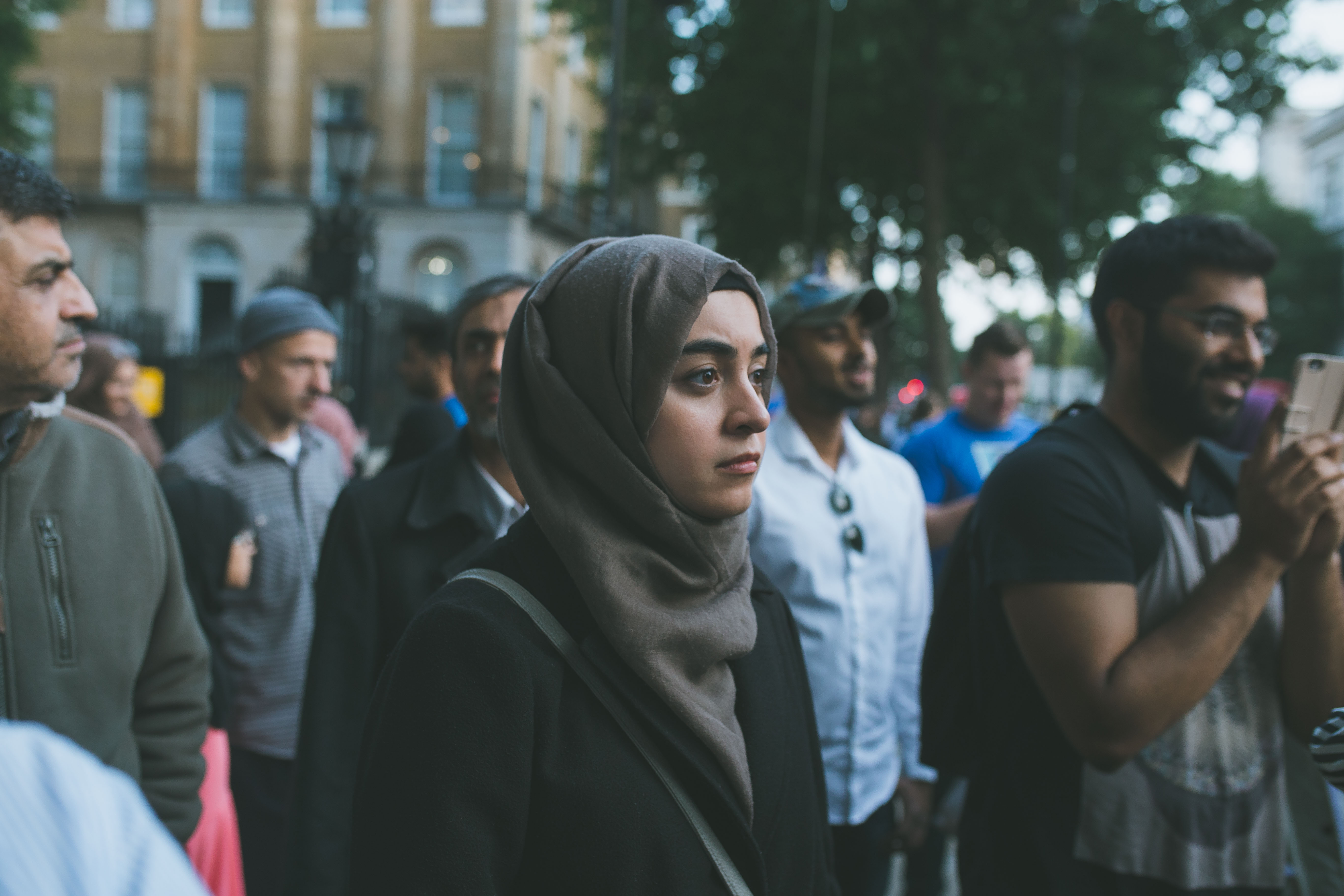 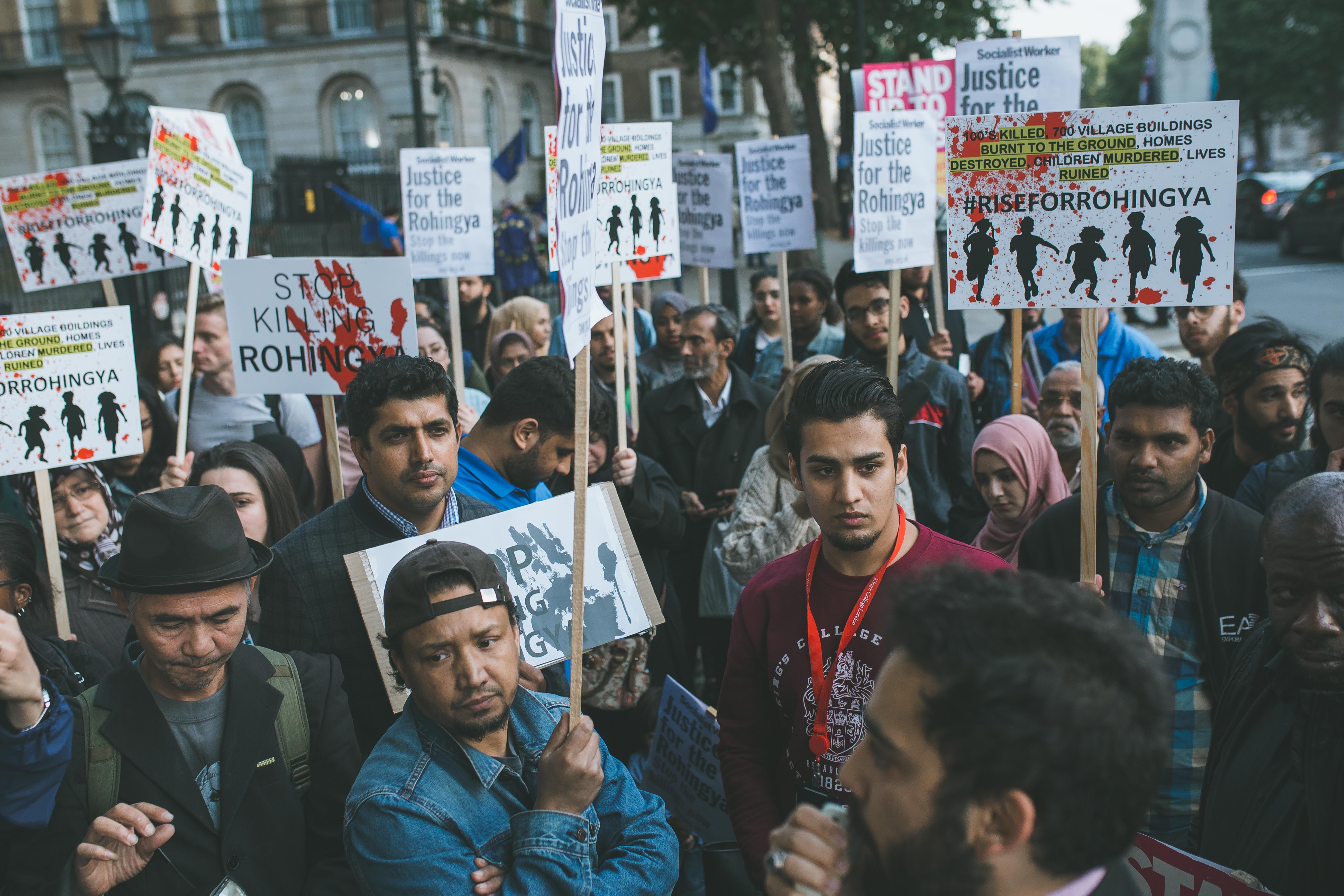 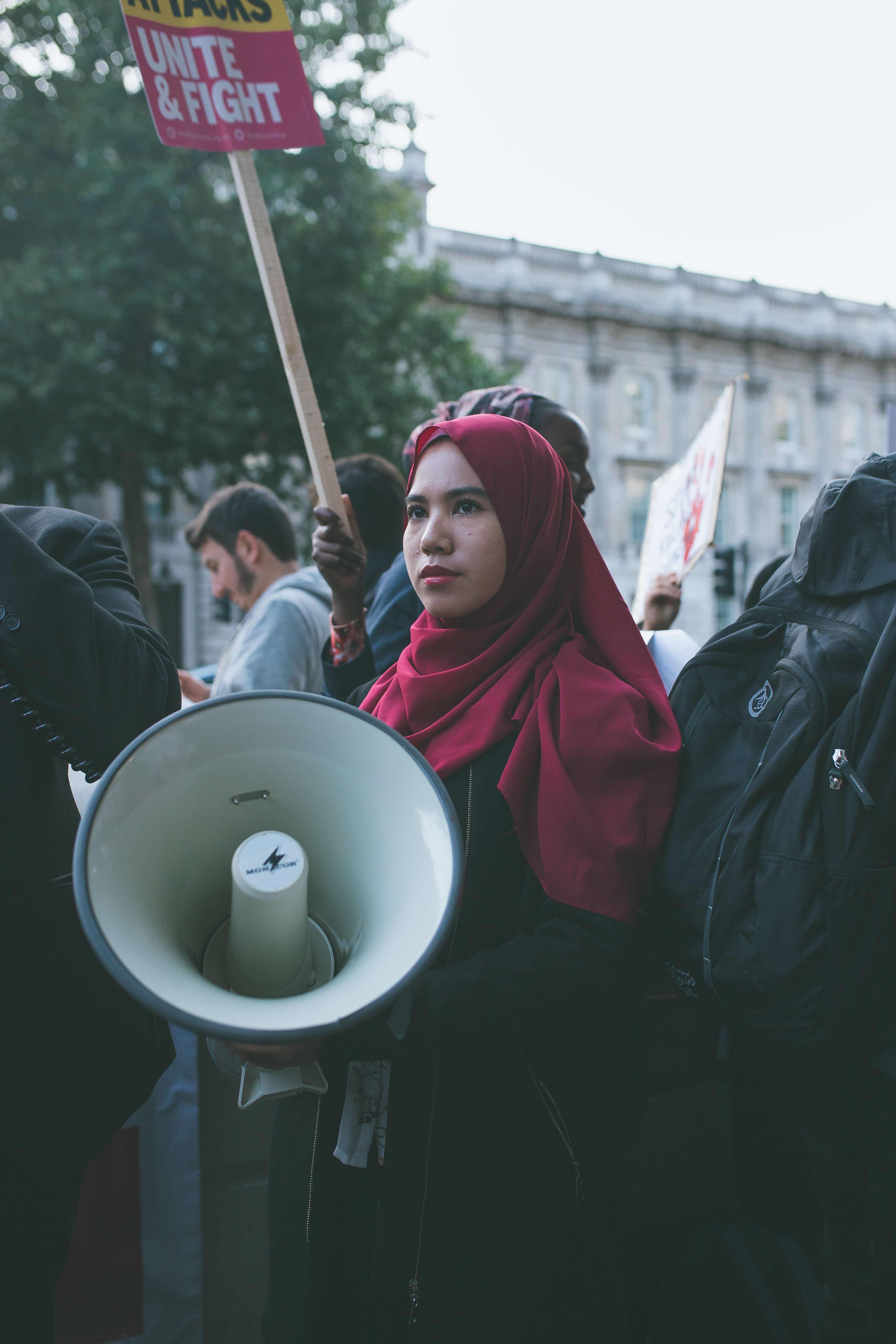 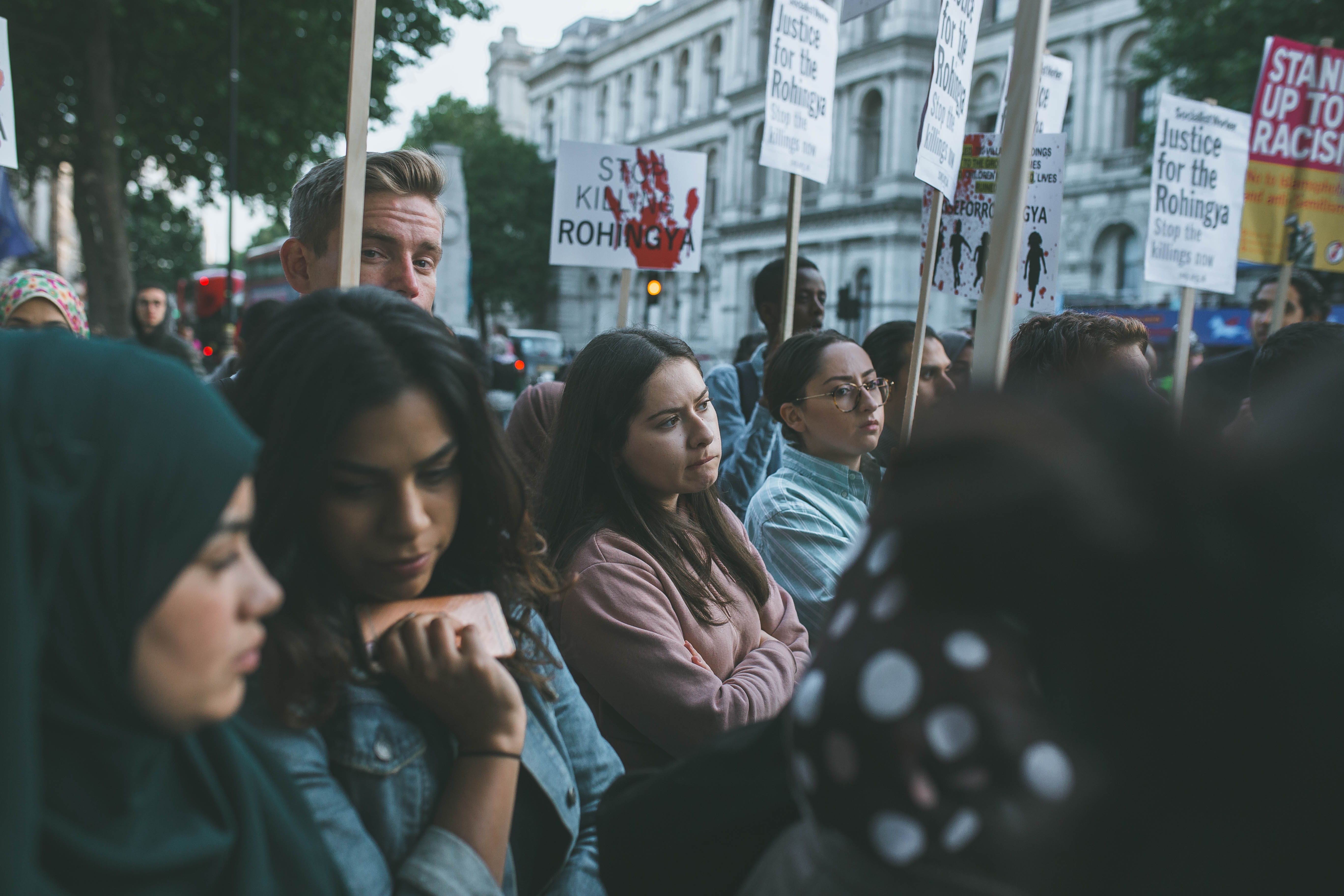 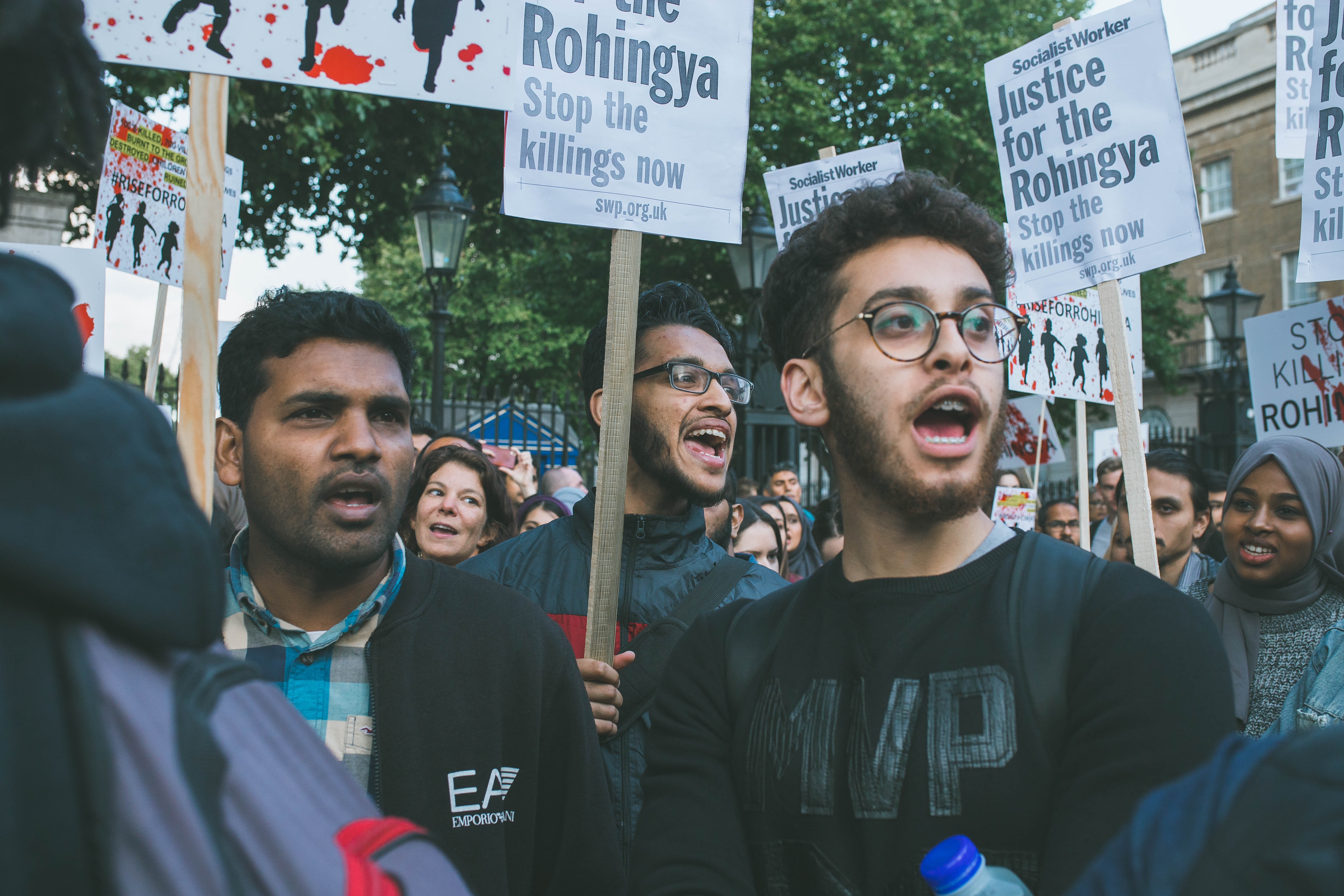 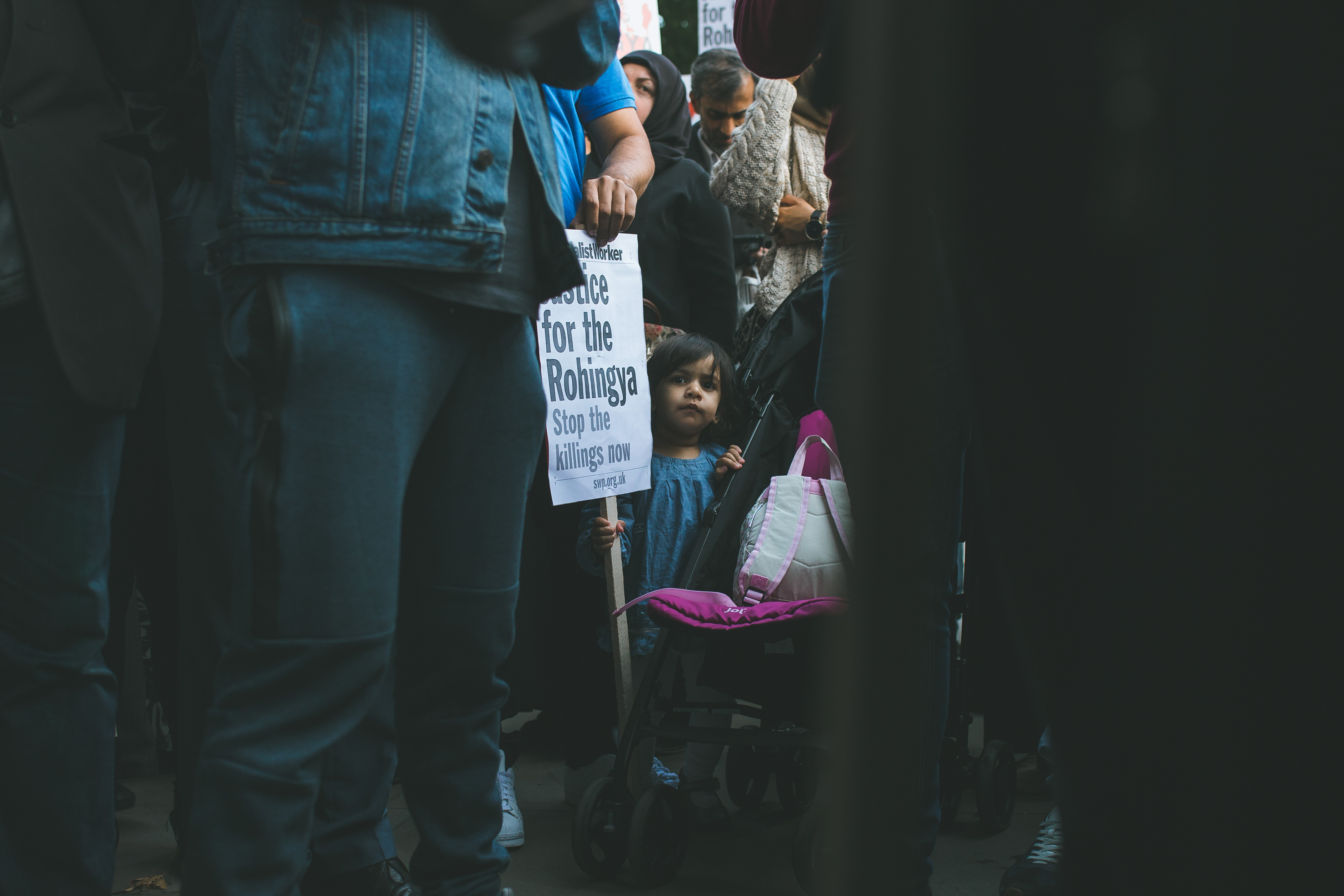 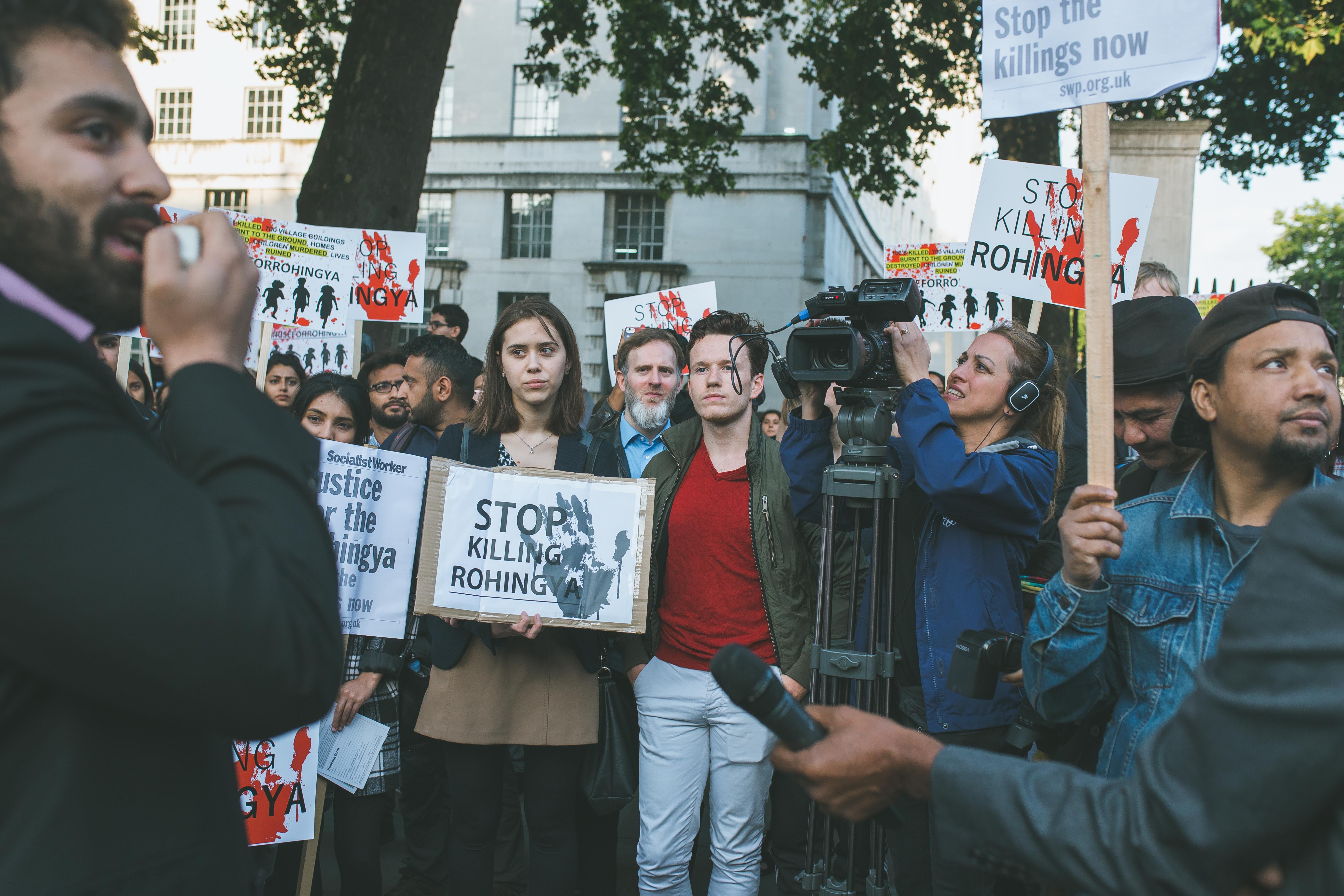 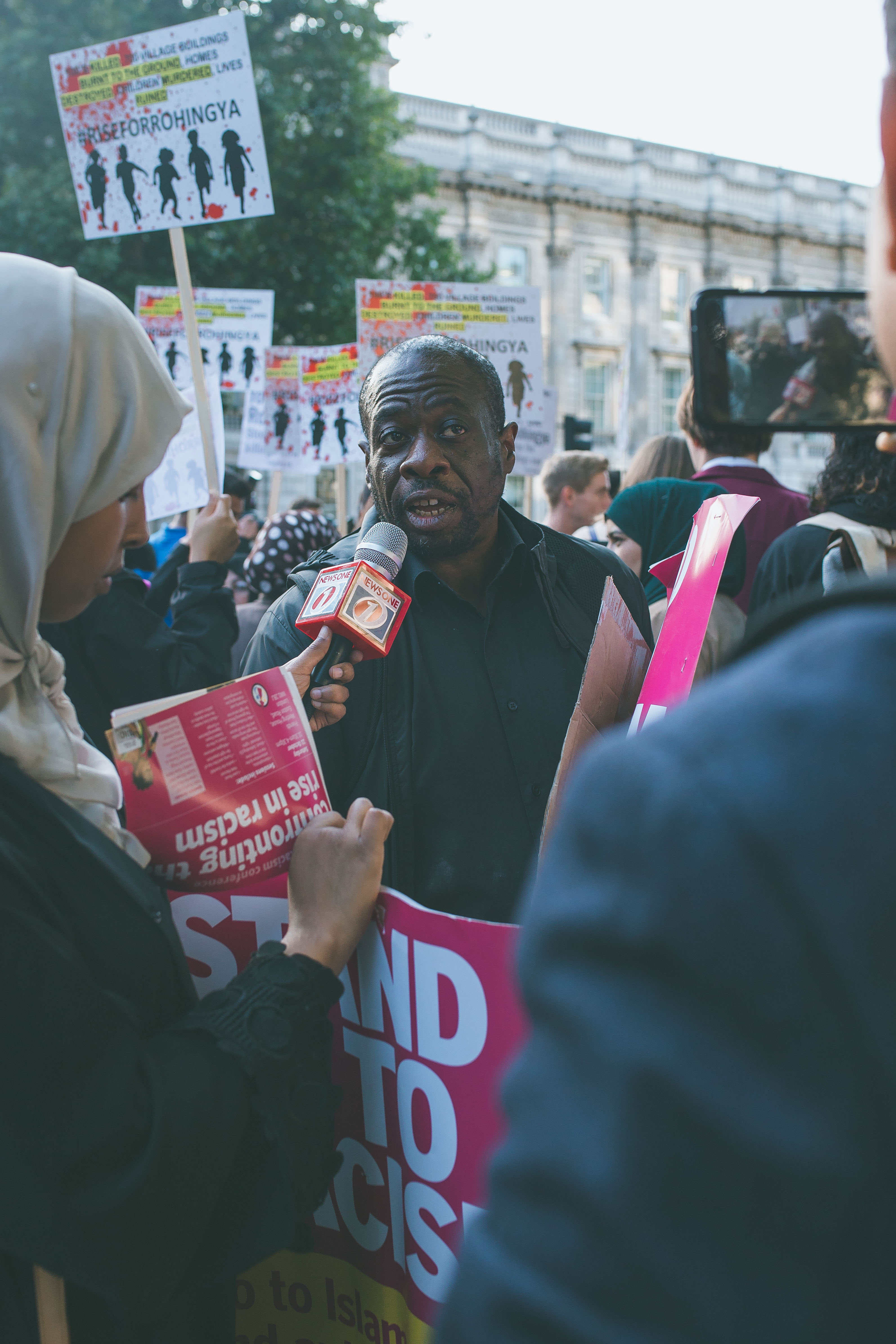 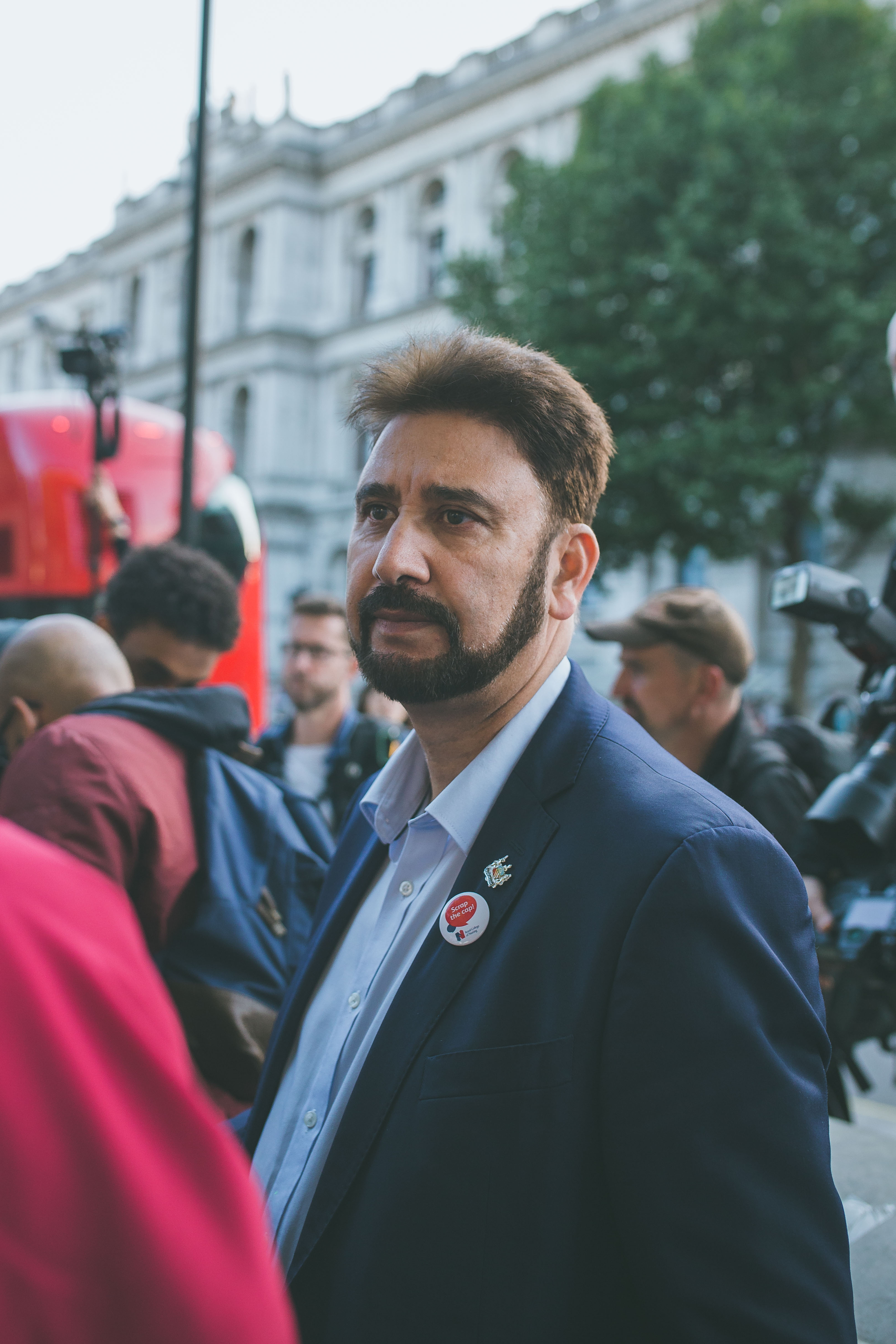 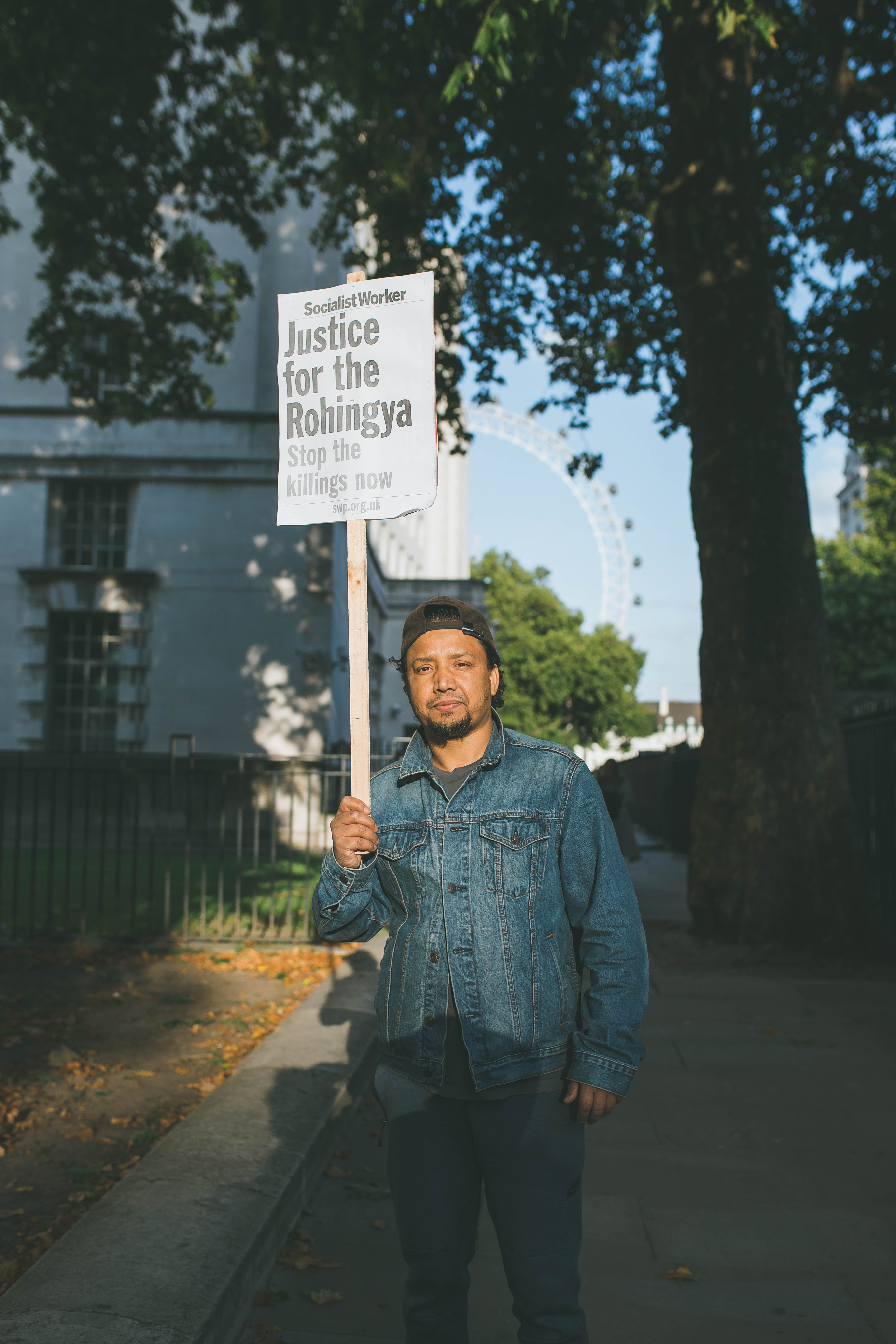 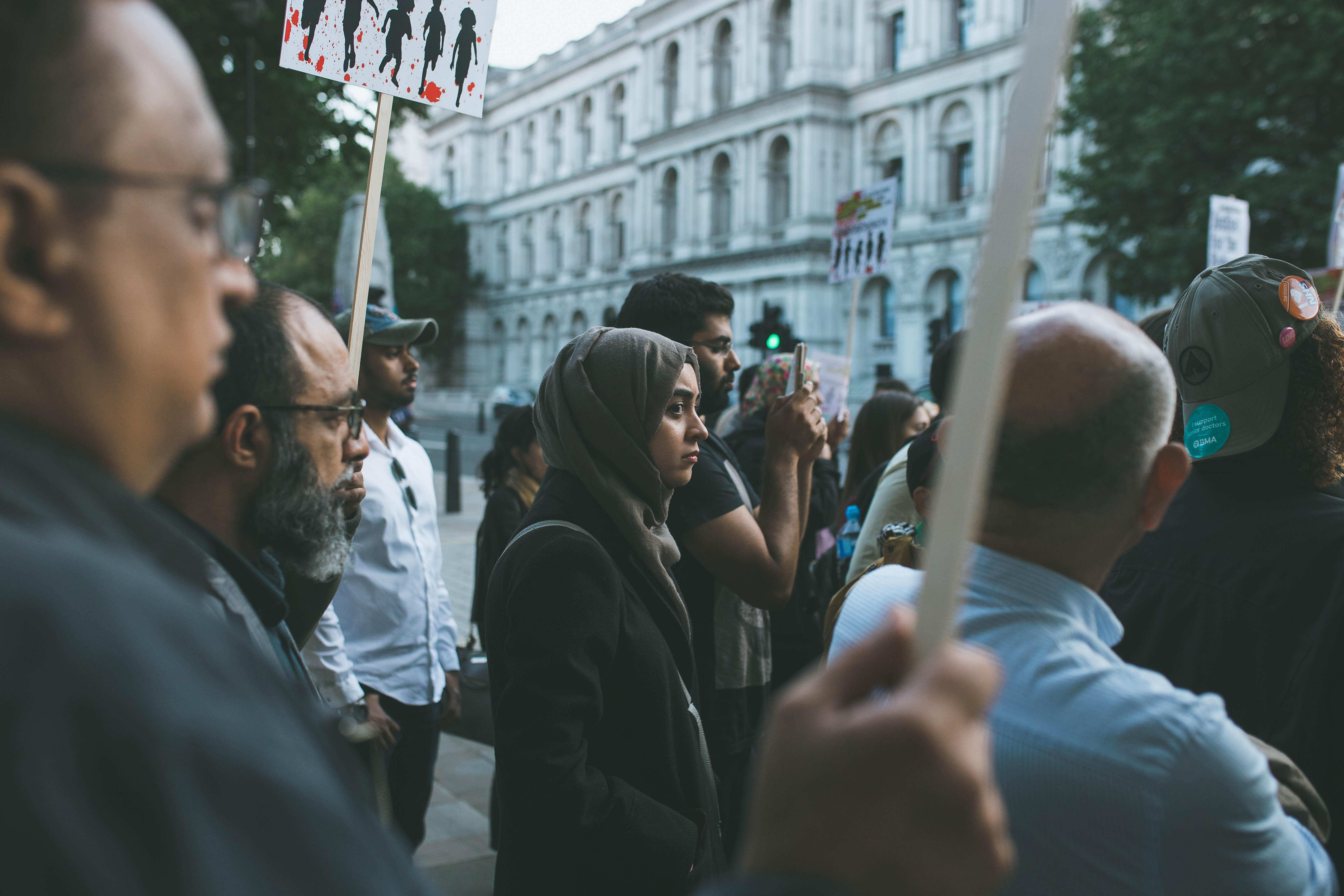 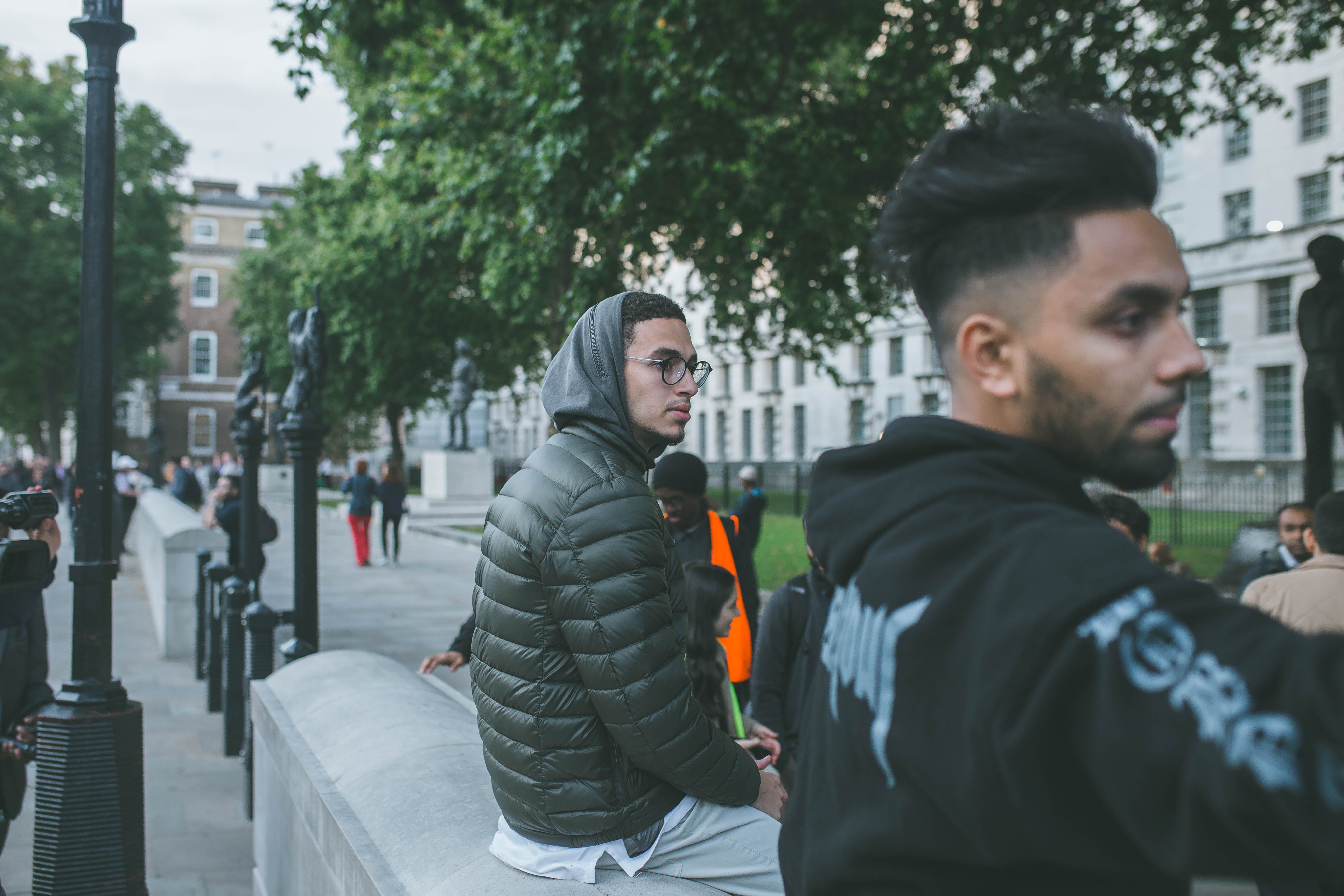 Linkedin
RELATED ARTICLES
OTHER ARTICLES
Protestors gathered outside Downing Street following the latest atrocities committed by Israel against Palestinians living in the besieged strip.
Students are being left to languish in unsafe housing, in some cases leading to serious health complications.
The government’s brutal crackdown on NGOs has left victims of rape without anywhere to seek help. And now, as the country plays a key role is Russia’s war, things are only getting worse.
Steel City is often overlooked when it comes to the country's cultural radar despite its role in shaping electronic music.
A sharp increase in officers armed with the electrical weapon is resulting in serious injuries and deaths.
Photojournalist Fiora Garenzi spoke with people still living in Eastern Ukraine, an area which seen some of the heaviest fighting since the war began.