News & Politics / Activism / A definitive guide to the power of psychedelics 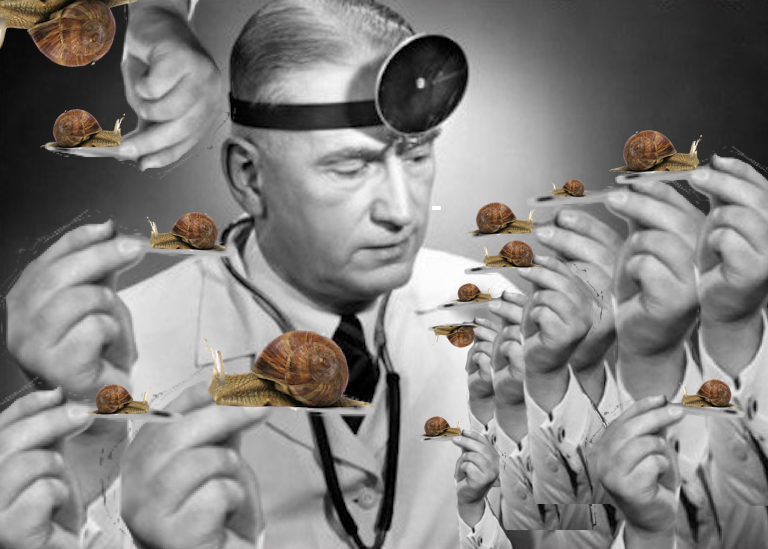 As Imperial College London’s Centre for Psychedelic Research begins work on the clinical utility of psychedelics, it’s time to ask: what do we really know about them – and why has it taken us this long to try and find out?

As Imperial College London’s Centre for Psychedelic Research begins work on the clinical utility of psychedelics, it’s time to ask: what do we really know about them – and why has it taken us this long to try and find out?

The way we see, and use, psychedelics is changing. Last month, Imperial College London opened the Centre for Psychedelic Research, a new facility dedicated to further exploration of these drugs. The centre will focus on two main areas: the action of psychedelics in the brain, and their clinical utility. In regards to the latter, researchers are keen to study psychedelics as aides to psychotherapy, with a particular focus on depression.

This work will build on recent decades of exciting – albeit somewhat limited – research into the potential of psychedelics. With that in mind, what do we really know about them? And why has it taken us this long to try and find out?

Psychedelics are one of the oldest drugs thought to be used by humans, largely due to the fact they exist in edible fungi (mushrooms), which date back around one billion years. It’s believed that they have been used by shamans for millennia.

The ingestion of Cebil seeds, from the South American Anadenanthera colubrina tree, is one of the oldest uninterrupted ritualistic uses of a psychoactive, dating back to around 3000-2500BC. The beans of the tree contain DMT (the spirit molecule, the same drug in the recently popularised ayahuasca) and bufotenine, which is similar to serotonin (the happy chemical).

DMT is known as the spirit molecule because users report a detachment from ego and their sense of self upon taking it. Many claim to discover a new meaning of life, with some even experiencing a connection to the ‘afterlife’, or an acceptance of death and existence.

Bufotenine, meanwhile, happens to be the chemical found in and upon the skin of psychoactive toads – hence the act of ‘toad licking’. The most famous breed is native to Colorado, but it can be very toxic (do not lick toads).

Elsewhere, throughout history, witches were reported as using formulas and ointments with the intention of creating psychoactive effects: visions of flying, time-space displacement and encounters with therianthropic creatures. Many believe this is where witches got their perception to wield ‘magic’ from, by altering the mind. The typical ‘toadstool’ mushrooms often associated with witches and depicted in cartoons – see Disney’s Fantasia mushroom dance scene – are known as Fly Agaric Mushrooms, which are strongly associated with hallucinogenic properties.

The Fly Agaric mushroom is reportedly one of the earliest sources of Entheogens – a psychoactive substance used for spiritual experience – dating back to 5000BC. They are said to have been used in ceremonies by the indigenous people of Siberia: the mushrooms would activate the GABA receptors – the same activated by alcohol and benzodiazepines (e.g. Xanax) – in your brain and create sedative, hallucinogenic effects.

These types of mushrooms, however, are different to the ‘magic mushrooms’ we speak about today. The latter contains the psychedelic drug psilocybin, which was first discovered next to human bones in 15000BC – suggesting possible human use of the fungi.

Despite this, no real scientific acknowledgement of psychedelics came until the 20th century. The word itself was only coined in 1957, by the scientist Humphry Osmond. It comes from the Greek ‘psyche’ – to mean ‘soul’ or ‘spirit’ – and ‘delos’, which translates as ‘manifest’ or ‘reveal’. Hence: mind or soul revealing.

The term was born after experiments with lysergic acid diethylamide (LSD, or simply acid), which was synthesised accidentally in 1938 by a Swiss scientist named Albert Hofman. After accidentally spilling some on his finger, he felt a “peculiar sensation of vertigo and restlessness”. Intrigued, he decided to take a further, higher dose some days later. Of the subsequent experience, he wrote: “I lost all control of time: space and time became more and more disorganised… My ‘ego’ was suspended somewhere in space and I saw my body lying on the sofa.”

This was the first step to understanding psychedelics and their role in unlocking hidden mysteries about human psychology. The discovery of LSD’s psychedelic properties allowed vital advances in the way scientists studied the brain, how the brain communicated and led to a greater understanding and classification of mental illness.

The discovery that LSD could provoke psychosis-like symptoms (distortions and hallucinations, disorganisation in thought, delusions) began to lead to a greater understanding of schizophrenia. It coincided with the discovery of serotonin and its presence in the brain, leading scientists to conclude that an imbalance or misregulation of serotonin may be partly responsible for schizophrenia in numerous patients, which helped kickstart the production of a number of promising treatments.

In the 1950s, LSD and psychedelics went under further investigation by a group of psychiatrists at the Saskatchewan hospital in Canada, where they were first used as a concept of drug-assisted therapy. Research returned promising results for the treatment of mental health disorders – including the successful treatment of alcoholism. Bill Wilson, the co-founder of Alcoholics Anonymous, experimented with LSD, citing it as a tool for treating his own addiction and depression. In fact, the original 12 steps – the AA’s suggested program of personal recovery – actually included psychedelics, though they would later be replaced with religion.

The writer William Burroughs also experimented with psychedelics to treat his drug addiction, hailing ayahuasca as the “final fix”. (Though sadly for Burroughs, this didn’t quite work out.)

With the increase in research surrounding psychedelics came an increase in concern. Timothy Leary, a professor at Harvard University, was largely responsible for bridging the gap between the laboratory and the general public. Leary conducted numerous experiments with psychedelics but was expelled from the university as concern grew to the safety of his research: He would at times conduct research upon subjects while himself being under the influence of psilocybin.

He was an advocate of its recreational use and became very outspoken about the mind-altering effects of LSD. He was also at the forefront of a movement challenging authority during the political unrest in the 1960s, gaining infamy for the counterculture slogan: “Turn on, tune in, drop out.” As recreational LSD use skyrocketed, it became the centrepiece of hippy ideology and the revolt against the government and conformity.

The uncontrolled use of the drug led to an increased occurrence of ‘bad trips’ and negative experiences of LSD, which helped add fuel to the widespread moral panic in the US. The political and societal backlash from recreational use led to the drug being named a Class A substance in America; soon, the rest of the world followed suit. Sandoz stopped making LSD, and all the promising work studying its use within psychiatry, psychotherapy and neurology ceased.

The truth is, many of these fears seem to be unfounded. There have been no reports of an overdose on LSD, and there is no evidence to suggest that it has long-lasting effects on the brain. There is the rare occurrence of flashbacks to bad trips – or Persisting Perception Disorder as it’s known medically – though these eventually fade with time. There is also no evidence of addiction to psychedelics.

The last few decades have provided strong evidence supporting the use of psychedelics in the treatment of mental health disorders. Psilocybin has been shown to significantly reduce anxiety in patients with life-threatening diseases, such as cancer. A study conducted at Johns Hopkins University School of Medicine revealed 80 per cent of patients who underwent psilocybin therapy claimed better wellbeing or life satisfaction. Participants also reported a large decrease in depression and anxiety with an increase in quality of life, life meaning, optimism and death acceptance.

Frustratingly, evidence of the compound’s beneficial effects on cancer patients was shown way back in the ’60s, but due to prohibition and the concern raised from non-medical use around that time, decades of development and potential breakthroughs were put to one side.

Psilocybin is also now being studied in a similar way by Imperial College London, for the treatment of depression. Earlier this year the group began a new trial comparing therapy with a conventional antidepressant drug.  Their previous work has shown psilocybin to decrease symptoms of depression in all participants for at least three weeks, over 60 per cent of them continued to show a positive result for three months.

With opposition loosening, Denver voted to essentially decriminalise the recreational use of mushrooms earlier this month. The change in legislation means that people over 21 will not be prosecuted for using the drug. In the UK, however, it is still classified as a Class A – or Schedule One in the Misuse of Drug Act – a category reserved for dangerous substances with high abuse potential, with no proven medical use. These high restraints on production and supply have made it very difficult for organisations to study the proven potential positive health benefits of such substances, due to the high financial cost of attaining samples under legislation, not to mention the negative stigma associated with using a Class A drug for medicinal purposes.

The deregulation of cannabis for medicinal use is something that was halted for many years in the face of promising medicinal research. Soon, the government may consider the evidence supporting the positive research potential in substances like psilocybin and look to loosen the restraints, allowing it to be more accessible for doctors and researchers in the field of psychotherapy and mental health.

Jonny Winship is a writer and community pharmacist.

Linkedin
RELATED ARTICLES
OTHER ARTICLES
By turning a real-life crisis into daytime television fodder, TV bosses have once again shown themselves to be completely out of touch with audiences.
In his 2008 series, the photographer pictured himself as Angela Davis, Martin Luther King Jr., Malcolm X, and other prominent figures.
Yesterday thousands gathered outside Buckingham Palace after news of the Queen’s death broke.
Sean Maung’s photos are a love letter to the Black and brown communities that make up New York.
As the Scottish government announces a rent freeze, an activist with Living Rent who fought and won shares how they did it, and what must come next.
Cindy Campbell recounts how her brother ushered in a new era of musical culture at a party she held in the Bronx in ‘70s.