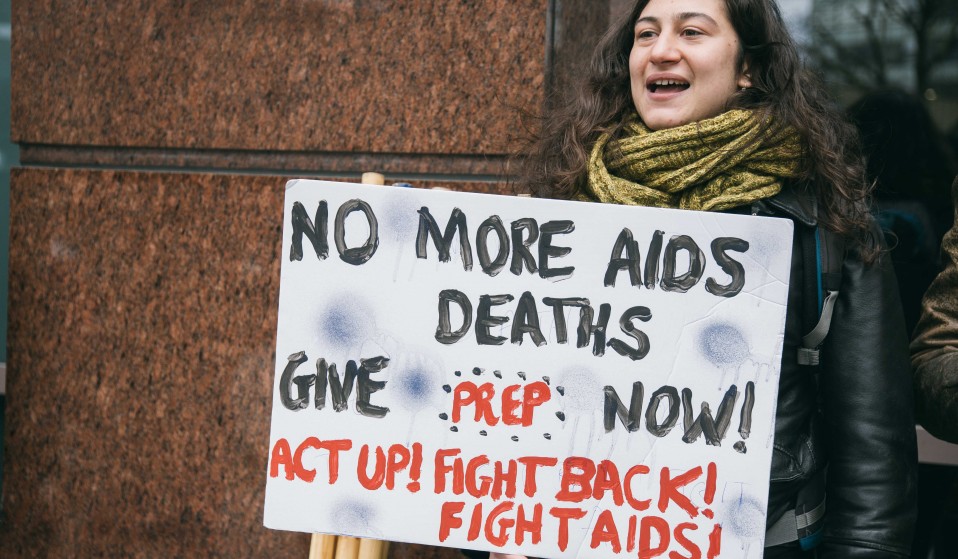 The current monopoly of the pharmaceutical industry by corporate giants is costing lives, but individuals and group initiatives are challenging the system, campaigning for widespread use of generic drugs and affordable price tags.

The current monopoly of the pharmaceutical industry by corporate giants is costing lives, but individuals and group initiatives are challenging the system, campaigning for widespread use of generic drugs and affordable price tags.

Remember that film starring Matthew McConaughey, about the system he set up in the Deep South of America to provide AIDS sufferers with life-changing drugs?

The multi-Oscar winning cinematic masterpiece dramatised the life and work of Ron Woodrof, leader of the `Dallas Buyers Club, and the very real world of the underground AIDS drug movement in 1980’s. The film was so achingly moving because Woodrof’s true story – and the stories of the thousands of sufferers who died because of insufficient access to medication – was so utterly unjust.

But this isn’t an issue stuck in the past, or in Hollywood; buyers clubs are still a reality. Just look at what’s happening with PrEP in Britain today. The HIV prevention drug has been proven to save lives, yet NHS England and the UK government are still failing to provide it to those in need. The anything but ideal response from those in need of the medication? It’s still buyers clubs. Sadly it seems that very little has changed.

In 2016 the pharmaceutical industry is still dangerously corrupt, we all know people continue to die around the globe from illness that has a cure. Profit is continually being prioritised over the health and happiness of patients.

When new drugs are researched and developed, big-pharma companies can buy the rights and patent the formula, meaning other companies can’t use them in their medicines. This total monopoly of the market makes drugs impossibly expensive. Waiting lists on the NHS are long, and people are getting sicker in the process.

David Cowley was diagnosed with Hepatitis C in 2004, and since he was cured in 2013 he has dedicated his life to campaigning for improved access to drugs in the UK. In 2010 he volunteered for a clinical trial of a new drug, Harvoni, which cleared the Hep C infection quickly and without side effect. “I was appalled at the price tag that was put on it when it got approved for use,” he said.

Another inevitability of having the industry controlled by money-hungry corporations is that patients in poorer countries are suffering the most. Because high-income countries are more likely to be able to afford the extortionate costs the companies set, time and money is poured into research and development of drugs catering to those countries. 95% of deaths from tuberculosis occur in poorer places, but because there is no profitability in selling to people who can’t afford the drugs, the big companies haven’t invested in developing treatments.

It’s pretty dark that our lives are constantly in jeopardy because of corporate greed. Across the world, direct action groups are putting pressure on governments to come together to put an end to pharmaceutical monopoly. Buyers clubs are still alive and well, providing access to generic (non-patented) drugs and a very real lifeline to many.

“The number of people using buyers clubs to access medicines has risen in recent years, partly due to the availability of genuine generic versions of the drugs,” says David, who has been running his own club since being free of the illness. “It’s perfectly legal to import the generic versions of all the main hepatitis C drugs for you use, so I help to facilitate that through my Facebook group.”

And it’s not just a few lone heroes pushing for an overhaul of the pharmaceutical industry. Missing Medicines is a campaign running here in the UK that wants companies to make medicines for people, not profit. This week they’re launching an online game that aims to give insight into how big-pharma companies make financial decisions that cost lives. It might seem a bit gimmicky, but using a digital platform to reach more people means spreading an important message. Education is key, and the game highlights the real life consequences of your actions on screen.

“This game is fun to play, but the tension mounts as you see the consequences of the decisions you take,” says Saoirse Fitzpatrick, chair of the Campaign. “Clearly the game is simplified but it accurately reflects how the current system of new drug developments functions. We believe that system is broken. There is not enough incentive for companies to develop drugs which actually save lives.”

And David, having been a victim of the system and having his life genuinely threatened by corporate greed, agrees. “As for the future of the pharma industry, it’s plain to see that a radical overhaul of the business model is long overdue.”

“How we get governments to begin the process of changing that business model is the challenge that we face to help end the market monopolies.”

Linkedin
RELATED ARTICLES
OTHER ARTICLES
As the Scottish government announces a rent freeze, an activist with Living Rent who fought and won shares how they did it, and what must come next.
With skyrocketing rents, packed out viewings, bidding wars and more, renting in London has never been harder.
By turning a real-life crisis into daytime television fodder, TV bosses have once again shown themselves to be completely out of touch with audiences.
Cindy Campbell recounts how her brother ushered in a new era of musical culture at a party she held in the Bronx in ‘70s.
A group of young Palestinians have found temporary freedom in the act of parkour, reimagining wreckage and ruins as a series of high-octane playgrounds.
Photographer David Corio’s archive offers a glimpse inside a revolutionary era of music and nightlife.