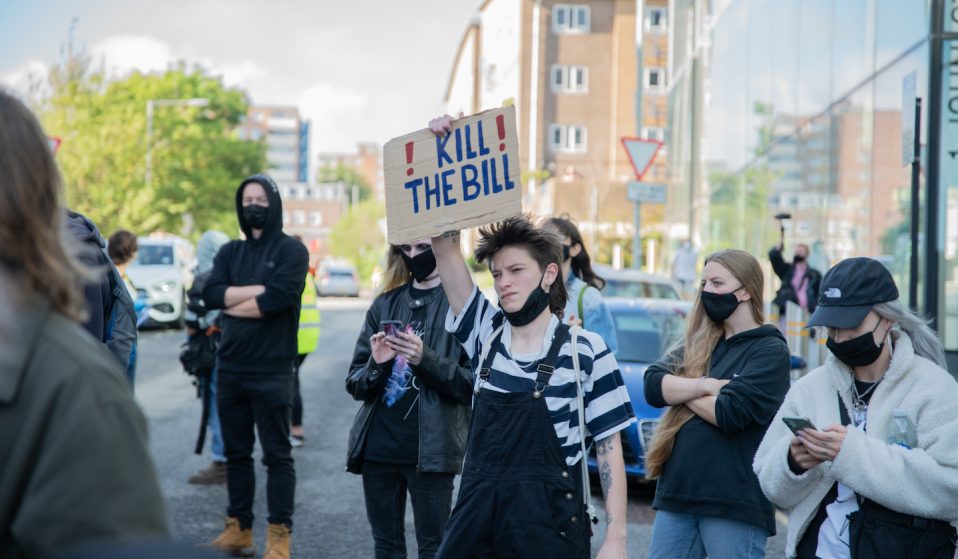 Over the weekend, hundreds of people attended protests against a controversial policing bill ahead of it being debated in the Commons this week.

Over the weekend, hundreds of people attended protests in Bristol and Brighton against a controversial policing bill ahead of it being debated in the Commons this week. Photographer Andy Nall-Cain was on hand to capture the action.

Ahead of the return of the policing bill to Parliament today (July 5), hundreds of activists in Bristol and Brighton came out to demonstrate against proposed legislation which includes clauses granting the police far reaching powers that campaigners say will suppress the right to protest.

Good afternoon, this is @bencsmoke, Huck’s politics editor, reporting from Bristol where protestors have occupied a road next to the city’s college green in protest of the governments incoming policing bill which returns to the commons next week. pic.twitter.com/SPyVi42I4v

The Bill also includes clauses that campaigners say will target the Gypsy, Roma and Traveller communities. In Bristol, several hundred protestors marched through the city, briefly halting traffic on the M32. The crowd marched through the city’s shopping centres before ending the demonstration in a sit down outside Bridewell police station that was the site of explosive protests against the bill in March.

In Brighton, photographer Andy Nall-Cain captured the action as around 100 protestors marched around the city. Brief sit-in’s occurred across key junctions in the city centre as well as outside the city’s central police station before ending at the Level.

Today there are demonstrations against the bill planned in Central London. Follow along for updates over on our Twitter. 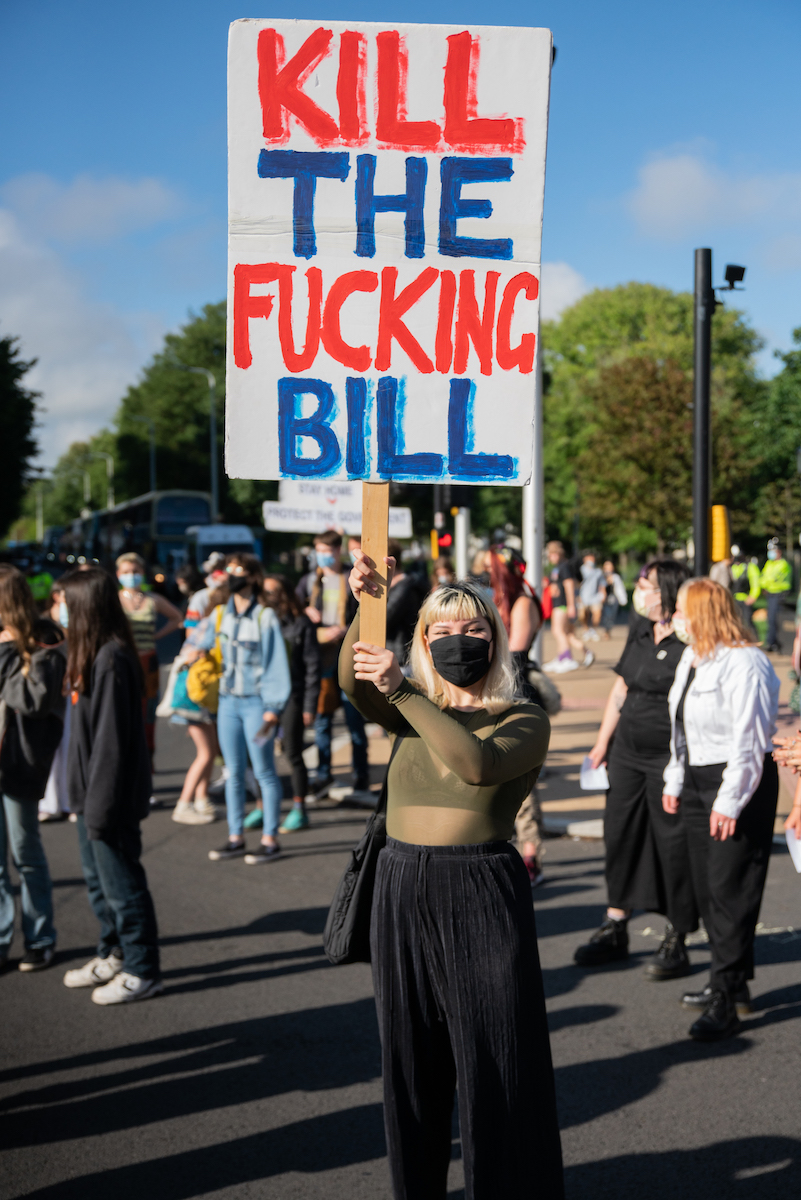 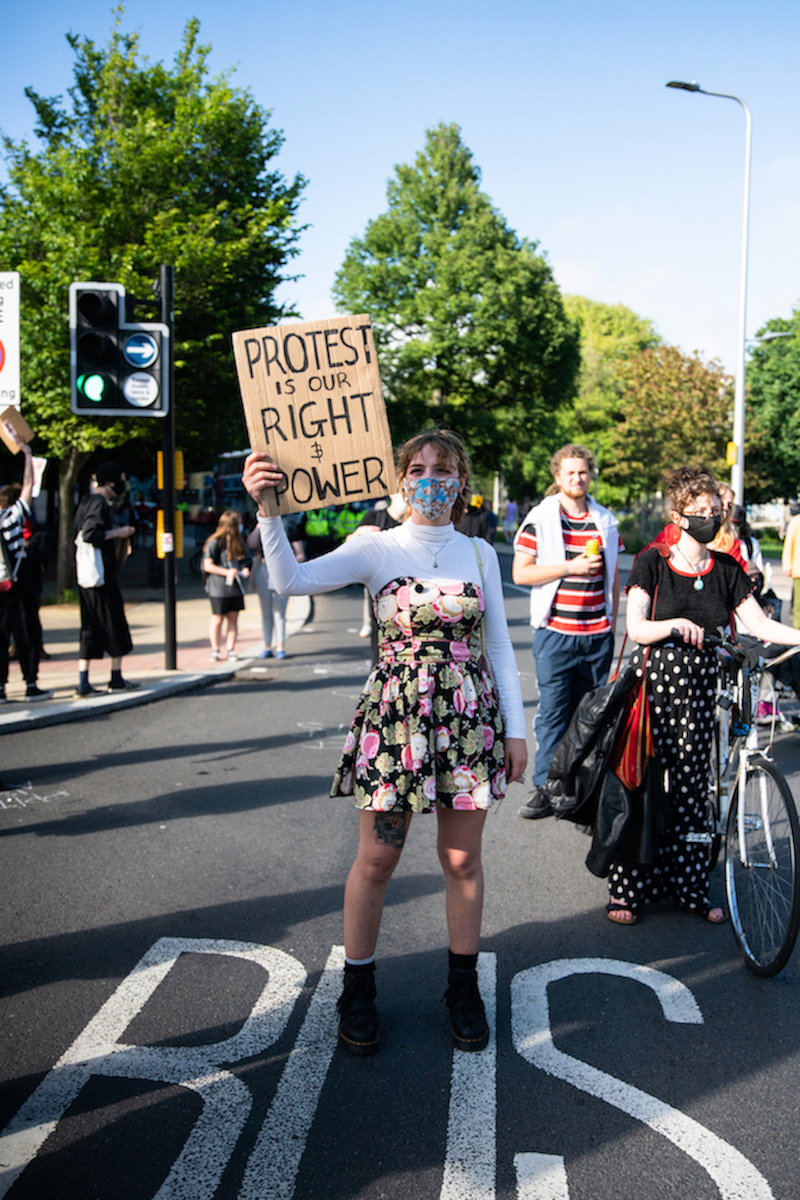 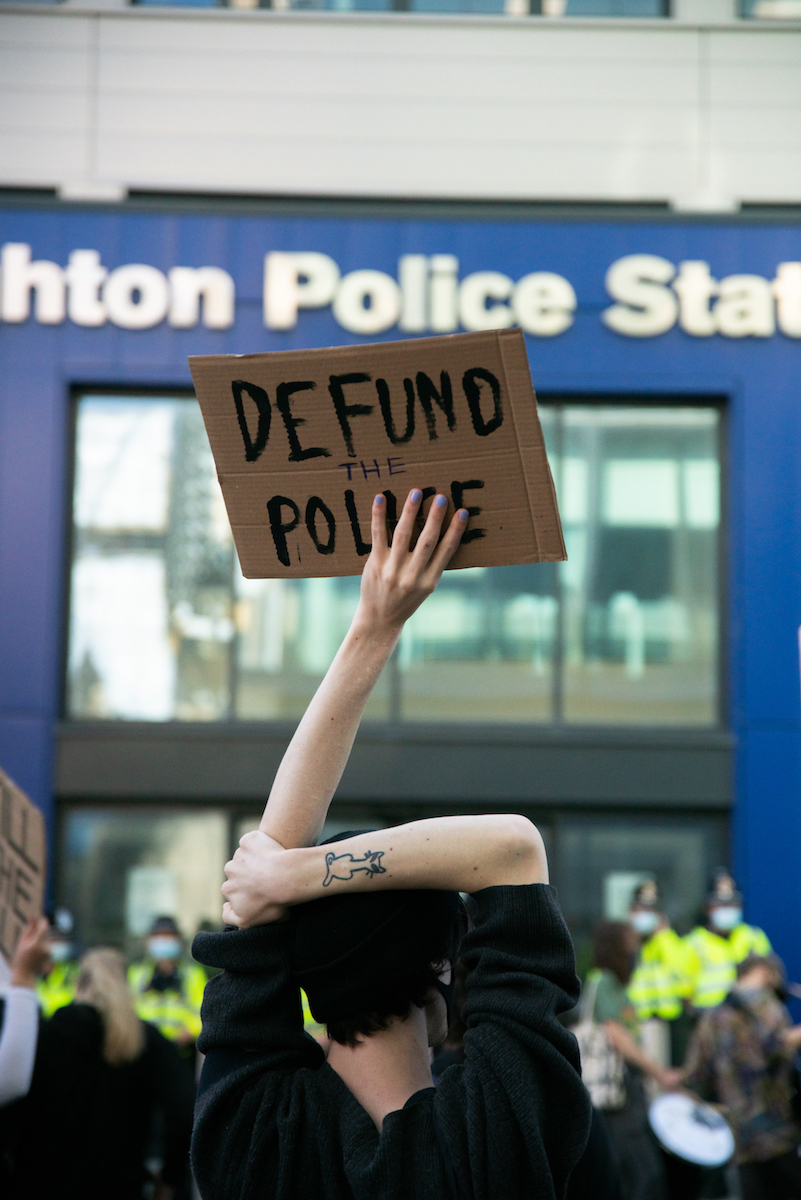 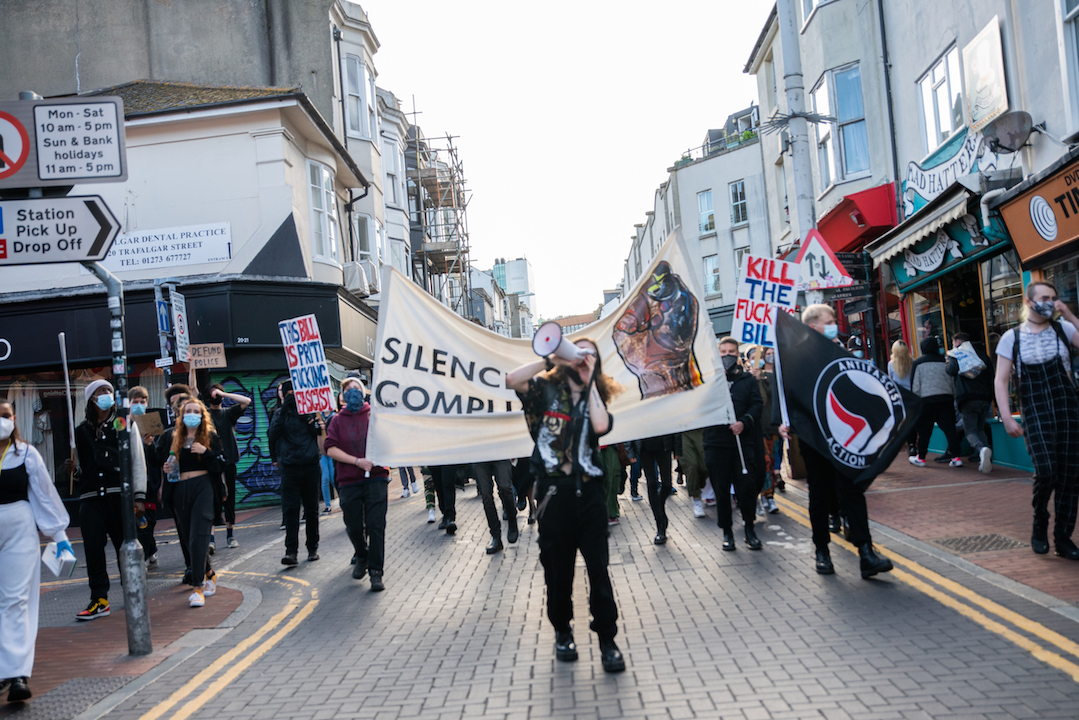 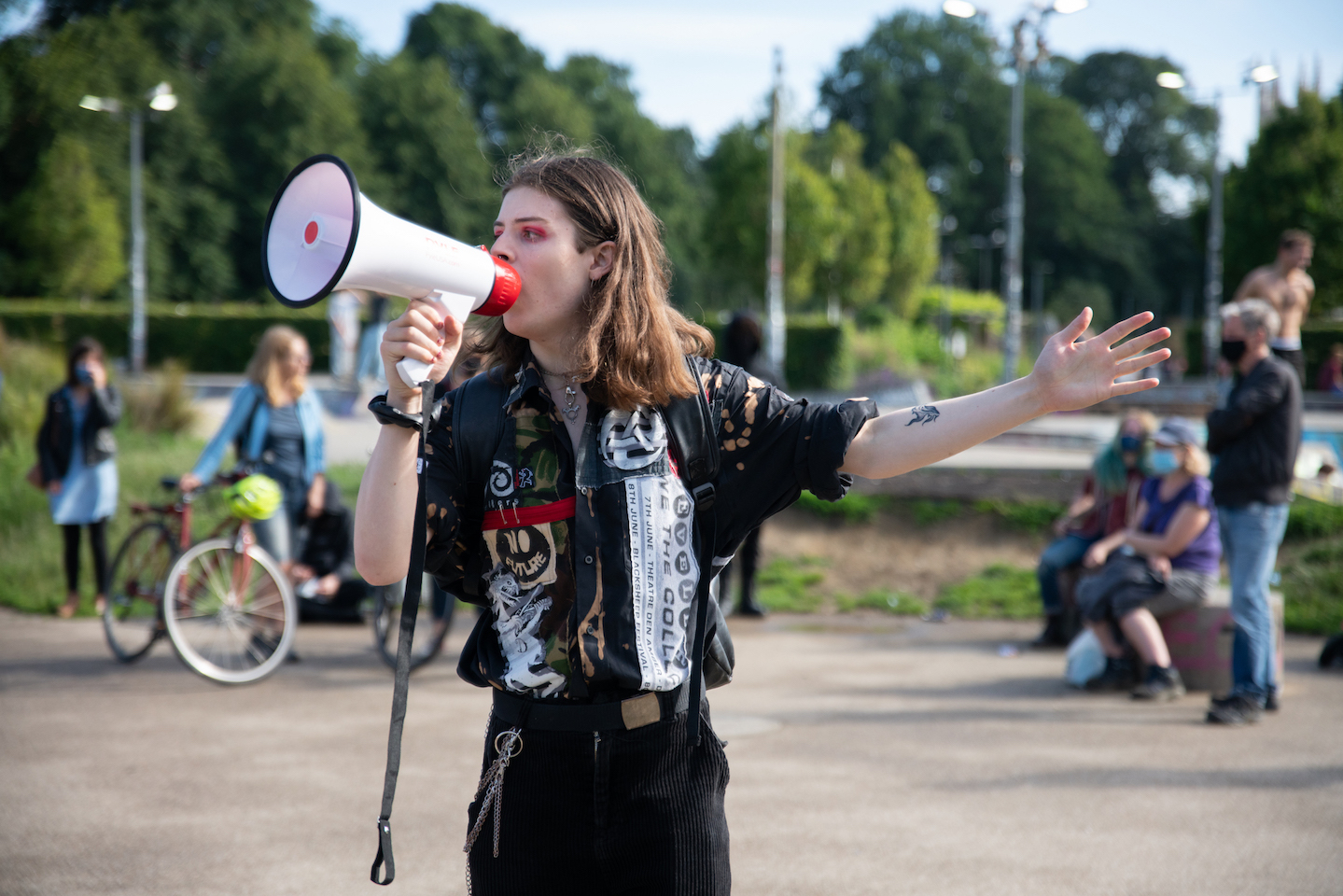 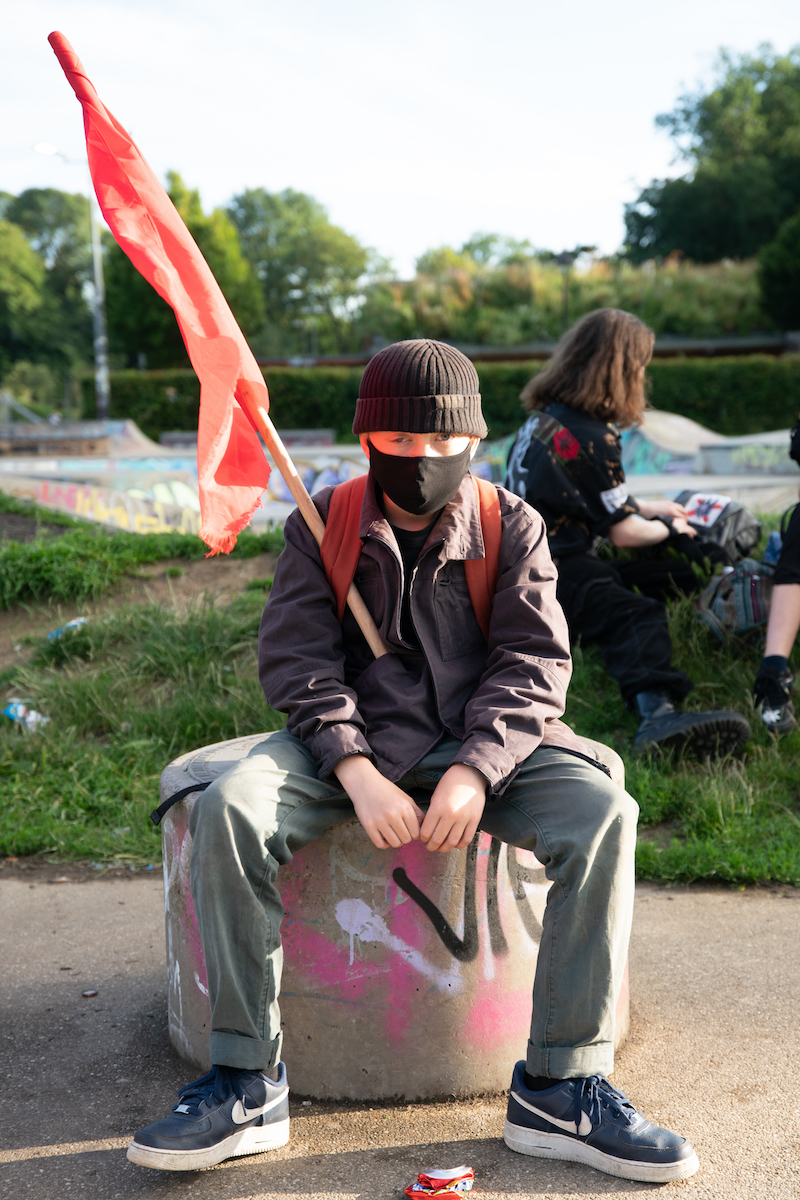 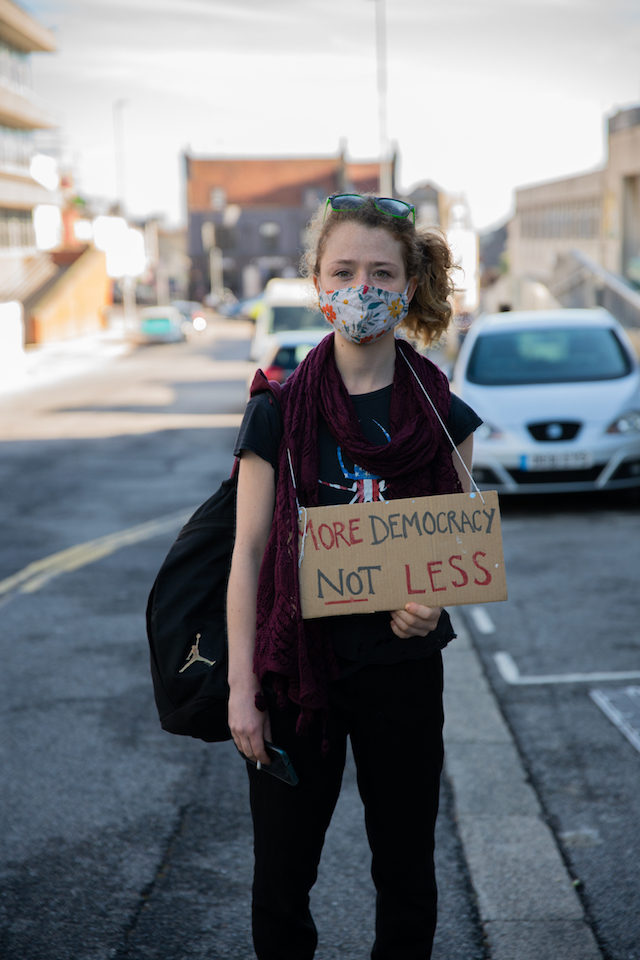 Linkedin
RELATED ARTICLES
OTHER ARTICLES
Yesterday thousands gathered outside Buckingham Palace after news of the Queen’s death broke.
With skyrocketing rents, packed out viewings, bidding wars and more, renting in London has never been harder.
Rogue landlords are exploiting young and inexperienced renters and leaving them in mental and financial turmoil, reports Niall Hignett.
As the Scottish government announces a rent freeze, an activist with Living Rent who fought and won shares how they did it, and what must come next.
Sean Maung’s photos are a love letter to the Black and brown communities that make up New York.
Thousands attended the annual event this year to wheelie through the city and call for ‘knives down, bikes up’.