News & Politics / Activism / What was Roe Vs Wade – and why is it important now? 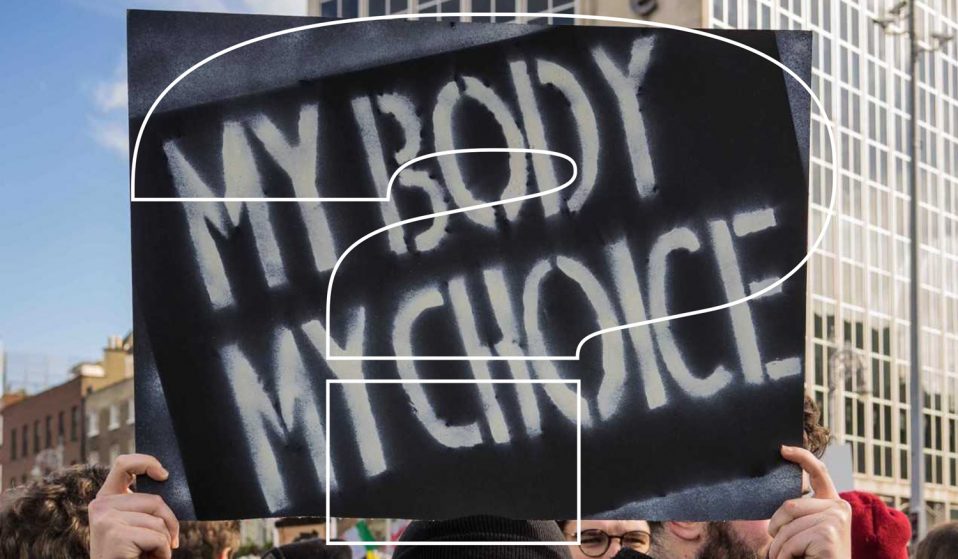 As the Trump Administration turns its menacing gaze towards reproductive rights, Roe vs Wade is under threat. Here, we explain the landmark ruling – and what could happen if its overturned.

As the Trump Administration turns its menacing gaze towards reproductive rights, Roe vs Wade is under threat. Here, we explain the landmark ruling – and what could happen if its overturned.

From Ireland voting to repeal the eighth amendment to Argentina’s August 9 ruling to keep abortion completely illegal, reproductive rights have been a huge topic all around the world in 2018. Even in the US, where abortion has been technically legal across the nation for nearly 50 years, the procedure still remains inaccessible to many.

Prior to 1973, access to abortion wasn’t considered a right in America, and many women were relegated to choose between untenable pregnancies and potentially dying from dangerous procedures. It was the landmark case Roe vs Wade shifted the tides by legalising the right to a safe, legal abortion across the country.

Unfortunately, the Trump Administration is now stacked with, in the words of Vice President Mike Pence, “great pro-life leaders.” The current government contains a cast of outspoken anti-abortion zealots, including Ben Carson, who once compared abortion to slavery (yes), and Charmaine Yoest, the assistant secretary of public affairs at the Department of Health and Human Services, whose career is rooted in spreading false information about abortions. These are characters who are pretty dedicated to dismantling reproductive rights in any way possible.

Here, we share a helpful guide explaining everything you need to know about Roe vs Wade, from how the case went down, to what you can do to fight for reproductive rights.

WHEN DID IT ALL START?

The Supreme Court case of Roe vs Wade began in 1970 and was officially decided in 1973. Today, it’s viewed as the pivotal case that legalised abortion across America.

The case had been filed anonymously by Jane Roe, who was at the time an unmarried woman seeking a safe and legal abortion, and the ruling, which sided with Roe, was the first time that the court recognised the constitutional right to privacy implicit in the 14th Amendment as encompassing a woman’s decision whether or not to terminate her pregnancy.

This precedent was a serious, historical turning point in reproductive rights, considering that during that time period, the majority of states in the country outlawed abortion. The Supreme Court’s 7-2 decision ultimately made anti-abortion laws in 46 states completely defunct.

Norma McCorvey, the woman who anonymously filed the case under the name Jane Roe, waged the lawsuit. According to accounts from McCorvey, she had unsuccessfully attempted to obtain an illegal abortion after becoming pregnant for the third time in her life, and she was eventually referred to attorneys Linda Coffee and Sarah Weddington who were looking to take on cases of pregnant women seeking abortions.

The case lasted for three years of trials before eventually making it to the Supreme Court. The lawsuit was filed on behalf of McCorvey in addition to all women “who were or might become pregnant and want to consider all options,” against Henry Wade, who was the district attorney of Dallas County, where McCorvey lived at the time.

McCorvey was revealed as Roe in the ’80s, but shortly after, she did a complete 180 and became an anti-abortion advocate, writing a book detailing her remorse about the case.

Not only did Roe vs Wade legalise abortion nationwide but it also set a precedent that would come to affect more than 30 Supreme court cases surrounding restrictions to abortion access after its time. Up until abortions were legalised more widely, the practice was so unsafe that approximately 17 per cent of all deaths due to pregnancy were because of botched, illegal abortions. Thanks to greater accessibility to safe, legal abortions today, it’s estimated that less than point three per cent of women in America experience any serious complications due to abortion.

Furthermore, the increase of accessibility to abortion has made it possible for many women to pursue employment, educational, and personal opportunities that were often impossible and unreachable before Roe. In a later case surrounding abortion in 1992, the Supreme Court even noted that “the ability of women to participate equally in the economic and social life of the Nation has been facilitated by their ability to control their reproductive lives.”

WHY IS IT IMPORTANT NOW?

In the US, the administration openly opposes abortion, and states across the country continue to pass restrictions that make the procedures extremely inaccessible for large majorities of the population. And while approximately seven out of 10 people in the country oppose overturning the decision and making abortion outright illegal again, Trump’s pick for the Supreme Court, Brett Kavanaugh, poses a gigantic threat to the future of safe, legal abortion. If seated, Kavanaugh could tip the balance of the court, and ultimately disastrously redefine reproductive rights and access to abortion in America.

“Overturning Roe vs Wade and other attacks on abortion access will not make abortion go away; it only serves to make it more unsafe,” Latanya Mapp Frett, the Executive Director of Planned Parenthood Global, tells Huck. “Prior to Roe, women in America died from illegal and unsafe abortions, a fate many women still face today in countries where abortion is still illegal or even criminalised. In fact, at least 22,800 women around the world die each year from complications of unsafe abortion.”

WHERE CAN I FIND OUT MORE?

The History Channel is an amazing resource for documentary clips, articles, and speeches about and relating to Roe vs. Wade. For more statistics on who opposes Roe v. Wade and threatens to dismantle it, as well as everyone fighting to uphold it, you can read more from the Pew Research Centre. Most of all, the important thing to keep in mind is that while access to abortion is still very much being threatened in America and other parts of the world, there are lots of important wins taking place all the time, and individual people’s actions matter.

If you feel passionate about personally fighting to make abortion more accessible in the United States, you can donate to abortion funds, volunteer at abortion clinics or become an escort, or call your senator if you live in the US.

Even if you’re not in the US, there are many resources that can help you figure out exactly how you can fight for reproductive rights no matter where you are and what the current status of these liberties is. And of course, at the end of the day, one of the most important things you can do is work to destigmatise abortion by informing people around you about the facts.

Linkedin
RELATED ARTICLES
OTHER ARTICLES
Financial turmoil is pushing people who work in the sex industry into more dangerous and desperate situations as a means of survival.
The workforce is now gearing up for industrial action after receiving a measly pay rise, reports Ella Glover.
The idea that a younger generation is abandoning work has become a popular narrative online, but it doesn’t necessarily reflect reality.
Ahead of the release of their first collaborative album, the producer and rapper talk psychedelics and the state of UK hip hop.
In his 2008 series, the photographer pictured himself as Angela Davis, Martin Luther King Jr., Malcolm X, and other prominent figures.
As the Scottish government announces a rent freeze, an activist with Living Rent who fought and won shares how they did it, and what must come next.