News & Politics / Activism / What would the world look like if ecocide was law? 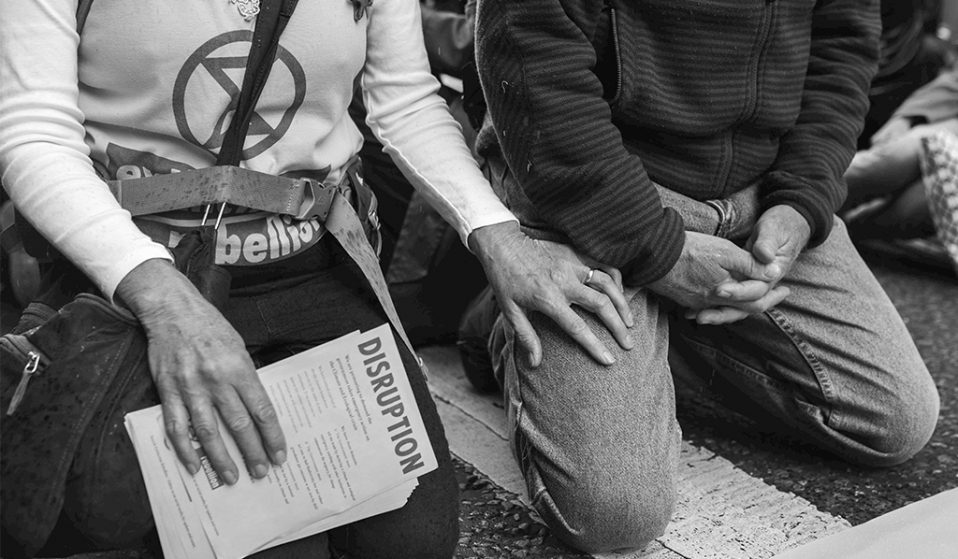 By prosecuting those who harm the planet, individuals would finally be held to account – a victory that would change everything.

In the face of a climate emergency, activists are fighting to see environmental destruction recognised as an international crime. By prosecuting those who harm the planet, individuals would finally be held to account – a victory that would change everything.

In 1972, Swedish Prime Minister Olaf Palme was responsible for the first prominent use of the term ‘ecocide’, adopting it to describe the catastrophic environmental damage sustained during the Vietnam War. Speaking at the United Nations’ first major environmental conference, he stressed the need for a global approach when it came to protecting the environment.

While the term was picked up again and discussed throughout the drafting of the Rome Statute – the treaty that established the International Criminal Court – during the ’90s, it was removed as a crime from the final draft at the behest of four states: the UK, US, Netherlands and France. While the statute has since been amended (once, in 2010, when ‘Crimes of Aggression’ was added), ecocide has never been made an international crime.

Polly Higgins, an environmental lawyer, made it her mission to change that. Along with her close friend and colleague Jojo Mehta, she co-founded Stop Ecocide, a campaign seeking to make widespread and systematic loss or destruction of ecosystems – which includes climate and cultural damage – recognised as an international atrocity crime. In such a world, political leaders and corporate CEOs could see themselves held personally responsible for causing environmental harm.

While Polly sadly died in April 2019 aged 50, her legacy lives on in Stop Ecocide. Along with the likes of Extinction Rebellion (XR), the campaign has given a new platform to environmental discussion. In that sense, while the two movements represent two separate wings of the global environmental cause – direct action and legislative change – they remain intertwined: throughout history, meaningful change has nearly always been achieved in such a way.

As XR gear up for their next international rebellion and Stop Ecocide look ahead to getting a million ‘Earth Protectors’ signed up to their Trust Fund, Jojo Mehta and XR activist Talia Woodin explain what would happen if lawmakers were finally to establish ecocide as an international atrocity. 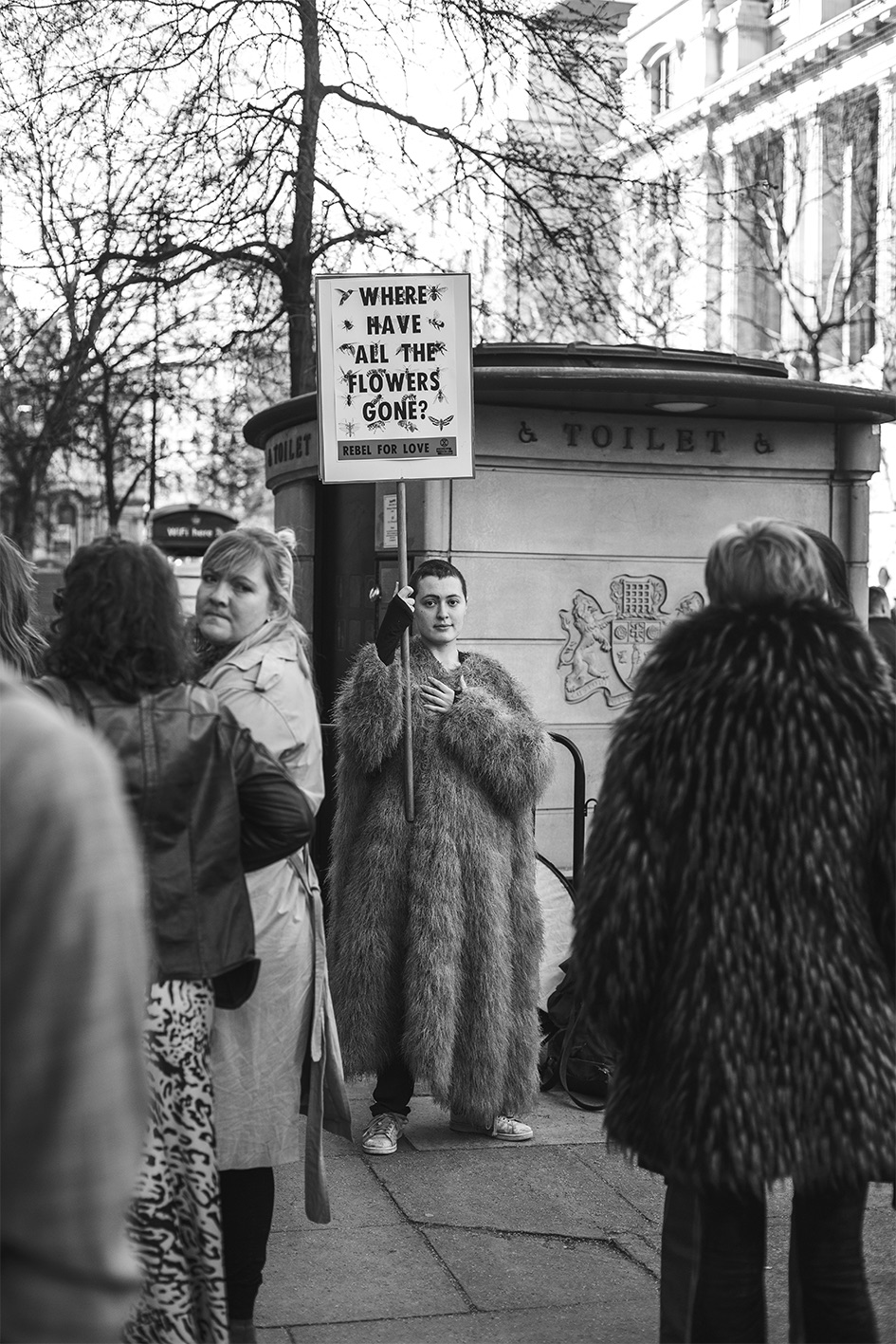 GLOBAL THINKING WOULD BE REALIGNED

When old structures are failing to address current realities, disrupting them is sometimes the only way to catalyse change. Right now it feels like law itself is upside down – destroying the Earth is legally permitted whereas standing up to defend the Earth is criminalised. Realigning law in a healthy way necessitates first disrupting the unhealthy status quo. XR has initiated that disruption. Establishing ecocide law is the concrete next step – one that can enable new, healthier forms of governance to begin to evolve. (JM)

A lot of people think that individual lifestyle changes are sufficient when dealing with the current crisis. Of course it is important, but not enough people seem to understand that they won’t create the change that is needed without greater systemic engagement. Break- ing the law brings more attention to the actions of a movement in a way that lifestyle changes never will. Ultimately, this means greater coverage of the issue in contention, which leads to a greater chance of legislation being changed. This is where Ecocide comes in. (TW)

Establishing ecocide as an atrocity crime under inter- national law would make those in positions of superior responsibility liable to criminal prosecution as individuals. Thus CEOs and government ministers could face jail for causing or contributing to mass or systematic damage and destruction of ecosystems, just as they would if they ordered or permitted a massacre. (JM) 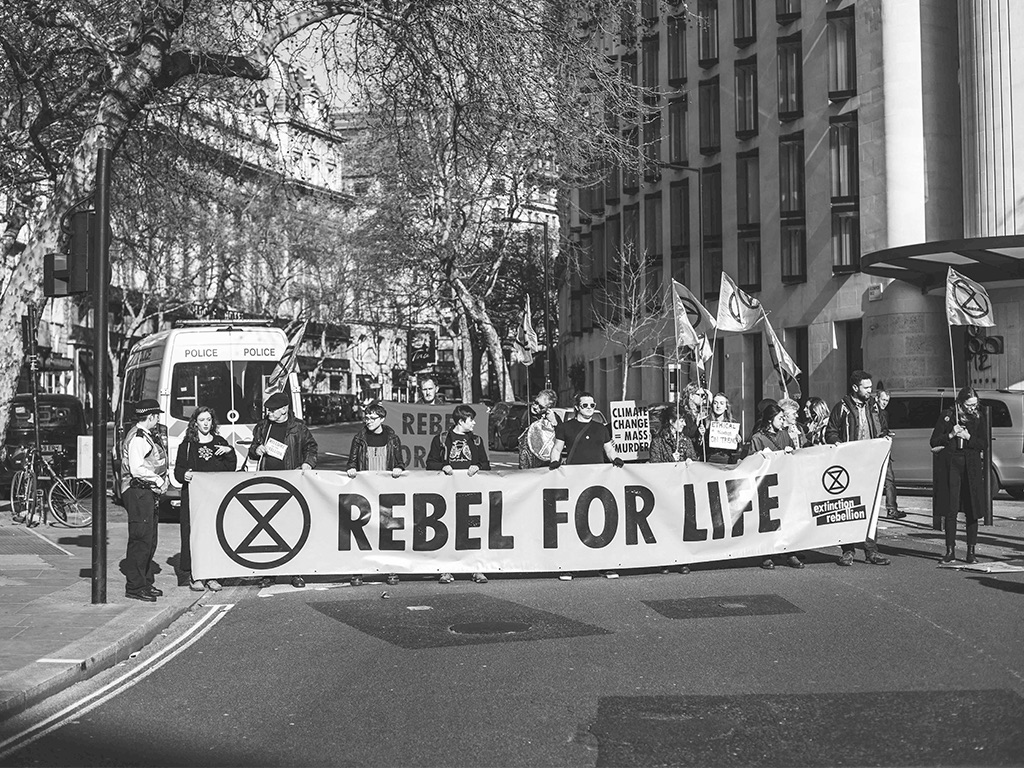 CULTURE WOULD BE AT THE FOREFRONT OF DISCUSSION

Our current legal system – one that views humans as having greater moral worth than animals and the natural world – stems from a capitalistic culture that prioritises growth and profit. However there are many societies, populations and communities whose whole culture and livelihood is rooted in a very different cosmology. Most often ones that function in close proximity and mutuality with the natural world. It’s often overlooked that ecocide not only threatens biodiversity and natural habitats, but the cultural practices and existence of many groups that function separately from Western society. Recognising ecocide in the eyes of the law would combat this. (TW)

THE FLOW OF BAD MONEY WOULD STOP

If an ecocide amendment was proposed at the Inter- national Criminal Court, even before it is agreed and ratified, the whole landscape of corporate practice would begin to change. Insurers would start carefully considering what they can underwrite, and banks would start redirecting investment away from potentially ecocidal projects, because they know that sooner or later this law would come into effect. And perhaps most importantly, our cultural moral baseline would start to shift towards a new governing principle: “First do no harm.” (JM)

Linkedin
RELATED ARTICLES
OTHER ARTICLES
In his 2008 series, the photographer pictured himself as Angela Davis, Martin Luther King Jr., Malcolm X, and other prominent figures.
The idea that a younger generation is abandoning work has become a popular narrative online, but it doesn’t necessarily reflect reality.
Rhiannon Adam spent three months capturing an ageing society wracked by division, isolation, and the aftermath of scandal.
Thousands attended the annual event this year to wheelie through the city and call for ‘knives down, bikes up’.
With skyrocketing rents, packed out viewings, bidding wars and more, renting in London has never been harder.
A 37-year-old woman shares how her abortion led her to become a clinic worker, and the abuse she’s received in that role.