News & Politics / Activism / The activists who changed America, in photos 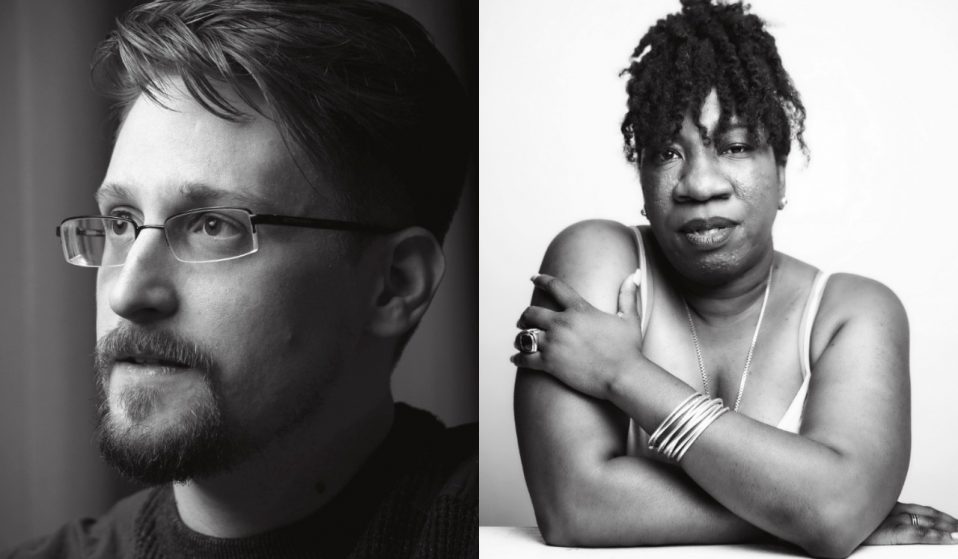 In a new book, KK Ottesen profiles 40 US activists – from Billie Jean King and Bernie Sanders, to Angela Davis and Edward Snowden – who have dedicated their lives to the fight for human rights.

In a new book, KK Ottesen profiles 40 US activists – from Billie Jean King and Bernie Sanders, to Angela Davis and Edward Snowden – who have dedicated their lives to the fight for human rights.

Never let it be said that one person can’t change the world. That is the central tenet of KK Ottesen’s new book, Activist: Portraits of Courage (Chronicle Books). From Angela Davis, Tarana Burke and Gabrielle Giffords to Bernie Sanders, Edward Snowden, and Avram Finkelstein, Ottesen profiles 40 American activists who have dedicated their lives to the fight for human rights.

“They say leaders are born; I think they are made,” Dolores Huerta, labour leader and civil rights activist tells Ottesen in the book. “People choose to be activists, choose to be leaders. Anybody can do it, but you have to make the decision. And you have to sacrifice the most precious resource that you have, which is your time.”

Activism is not a one-time action, but a mindset – a commitment to the ongoing struggle against oppression, exploitation and injustice that has fired up mass global movements today from Hong Kong to Chile. “I think it’s important to realise that ‘there are no final victories,’ as Dr. Harry Edwards put it,” Ottesen says.

“It’s the responsibility of each generation to take on the challenges in front of them so that the next generation doesn’t end up fighting their own fights as well as the ones that the previous generation should have taken on. I think a key lesson is that any of us can make change.” 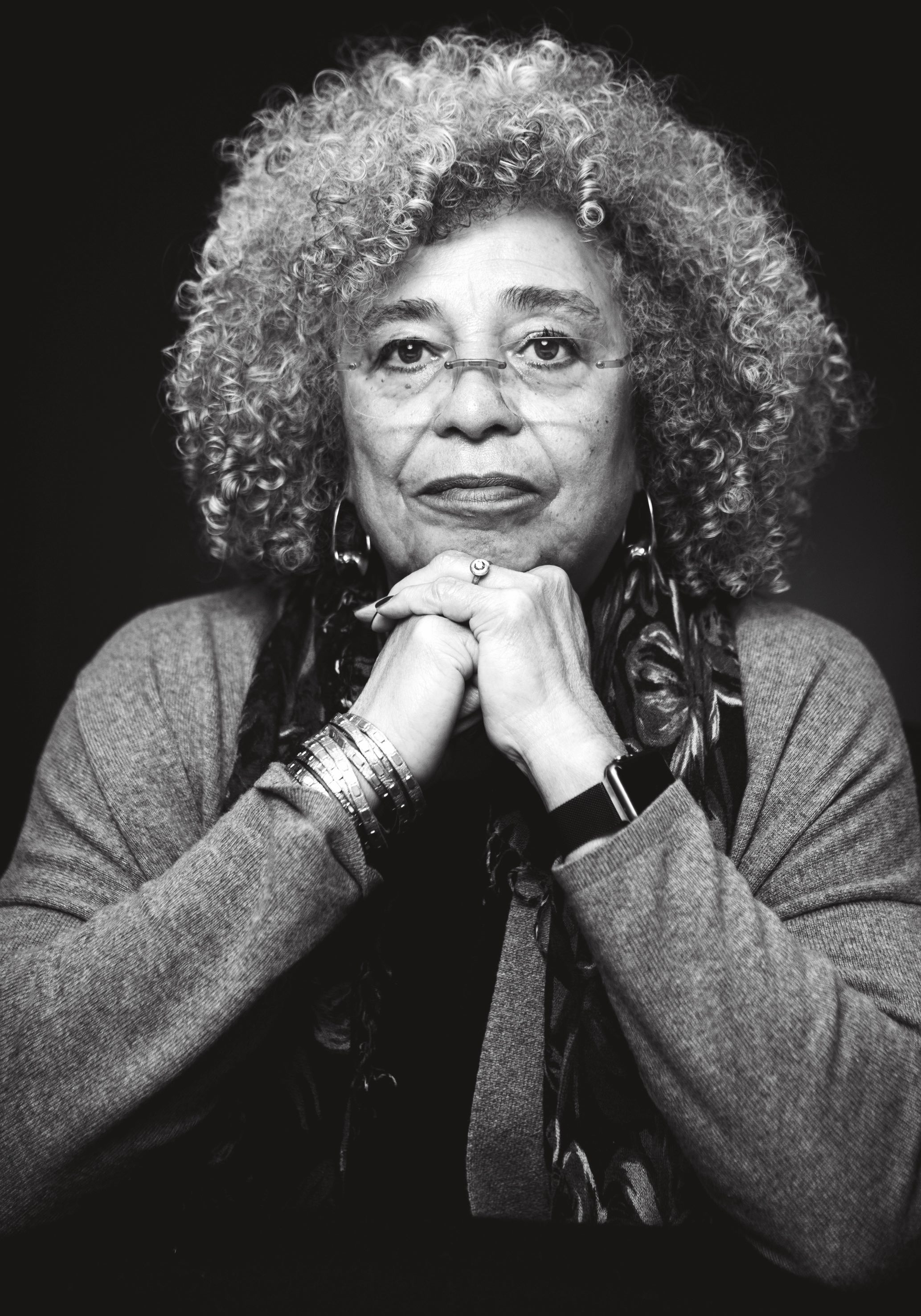 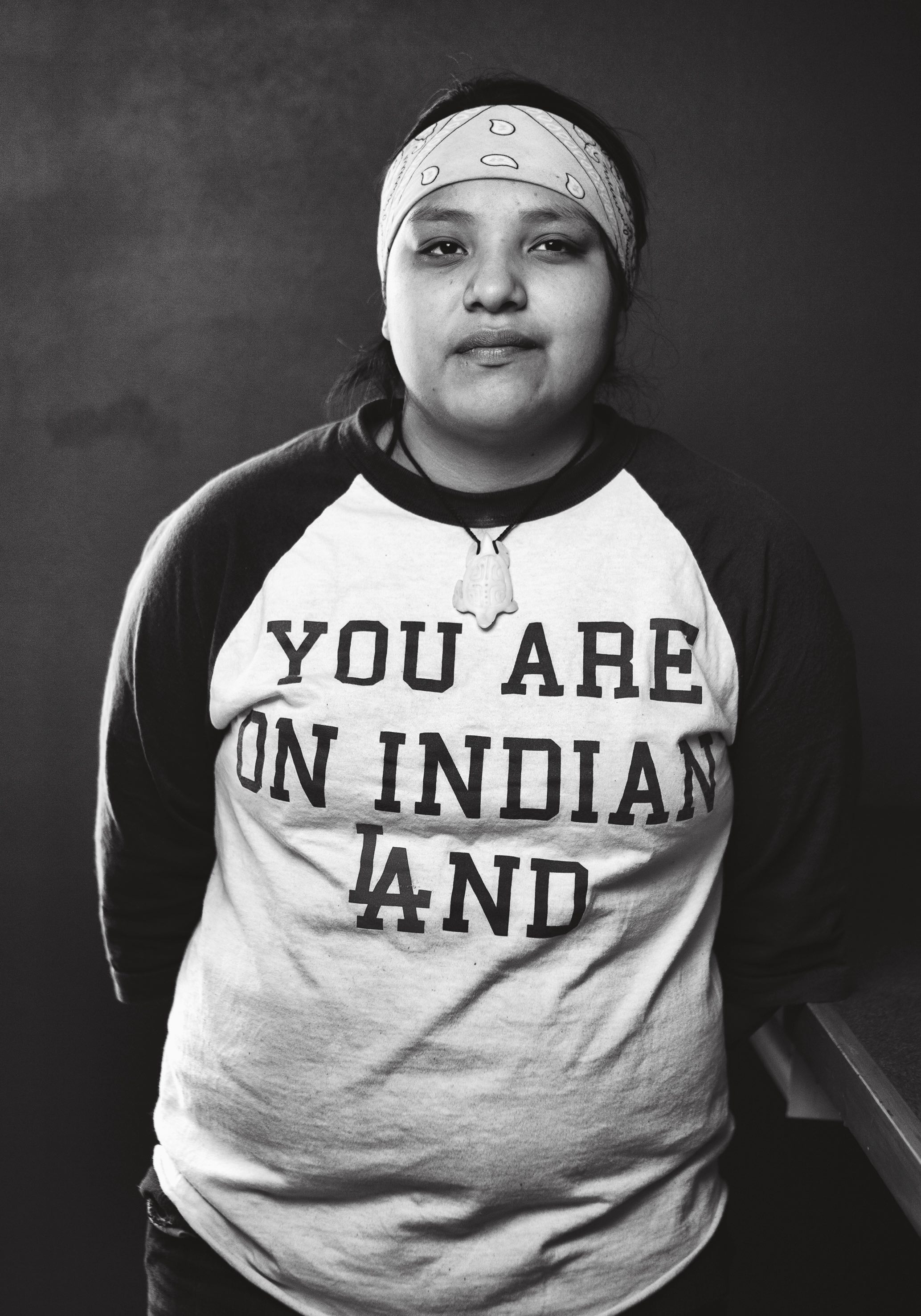 Ottesen’s profiles and portraits offer inspiration and guidance to anyone at any stage of their life, firmly reminding us that we stand on the shoulders of giants who have come before us, faced and surmounted obstacles to make our path just a little easier.

“When you read about someone from afar, they inevitably come to seem larger than life; then when you meet them in person, there’s that surreal moment when the picture you’ve seen comes to life but that fades quickly when you sit down and talk to them,” Ottesen says. “I was surprised by the generosity, optimism and love, that motivates so many, even though they’d been through vicious stuff over the years.”

“These individuals, when compelled by conscience, chose to act rather than to give up or complain. Often that meant doing something really uncomfortable or unsafe, whether stealing and leaking classified documents in the cases of Bonnie Raines and Edward Snowden or enduring angry mobs as a Freedom Rider in the case of John Lewis. Often the activists describe a sense of peace even in the danger and turmoil, having made that decision to act and knowing that it was a decision consistent with their values.”

They lead by example, reminding us that change begins with us and it’s as simple as starting where we are and doing what we can. “Tarana Burke said that one of the most useful pieces of advice she got as a young person was that she was powerful then; she didn’t need to become something else first.” 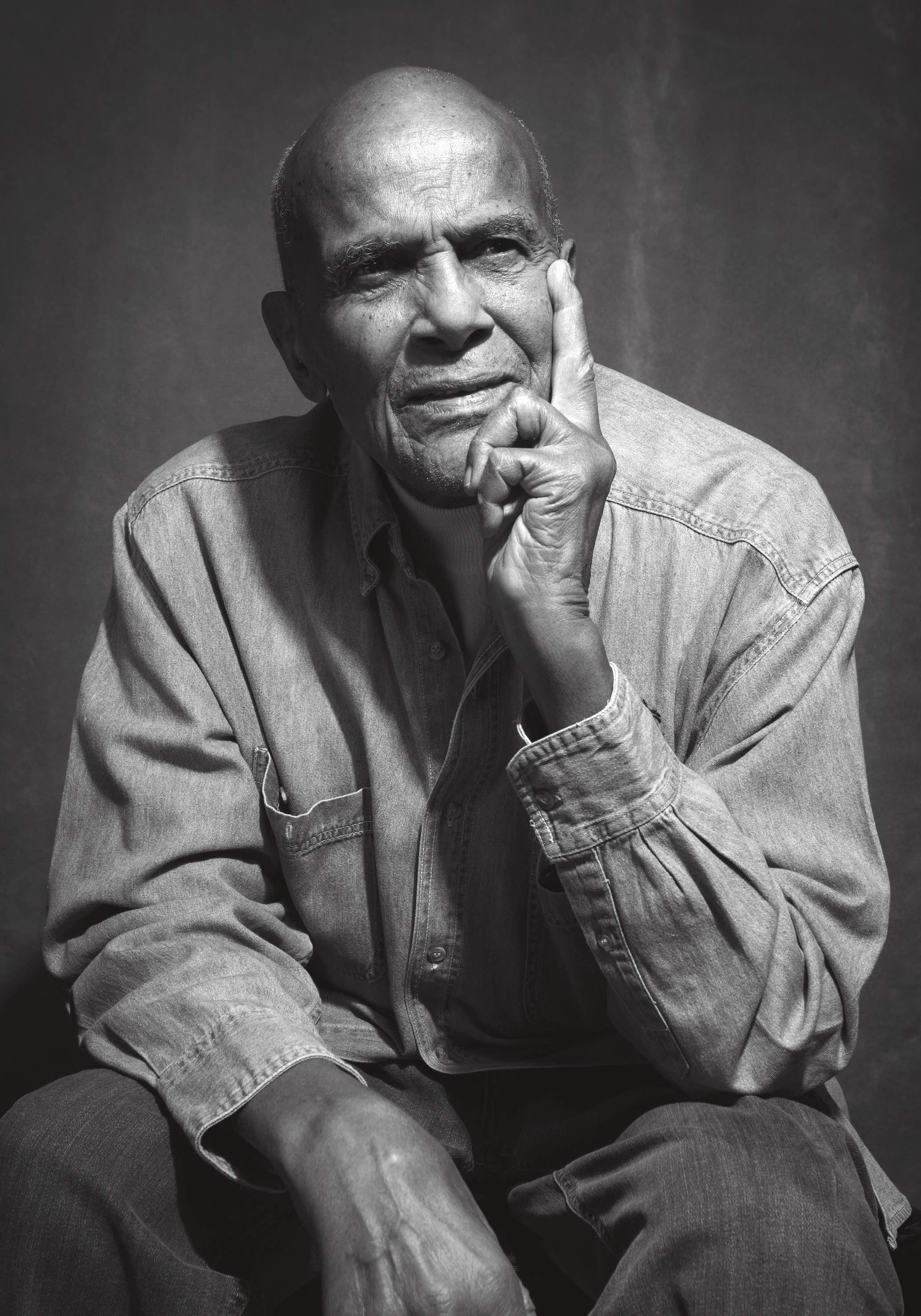 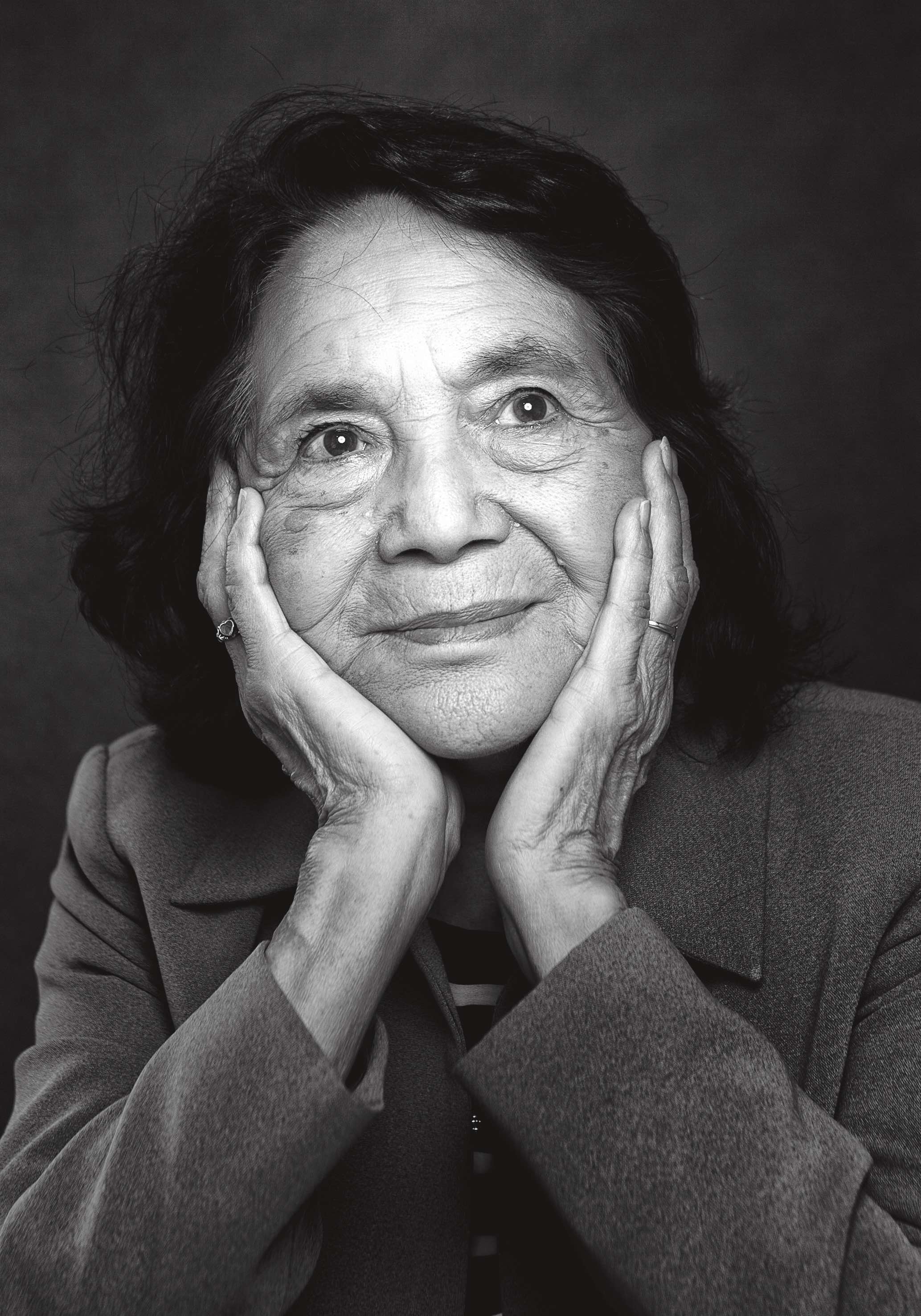 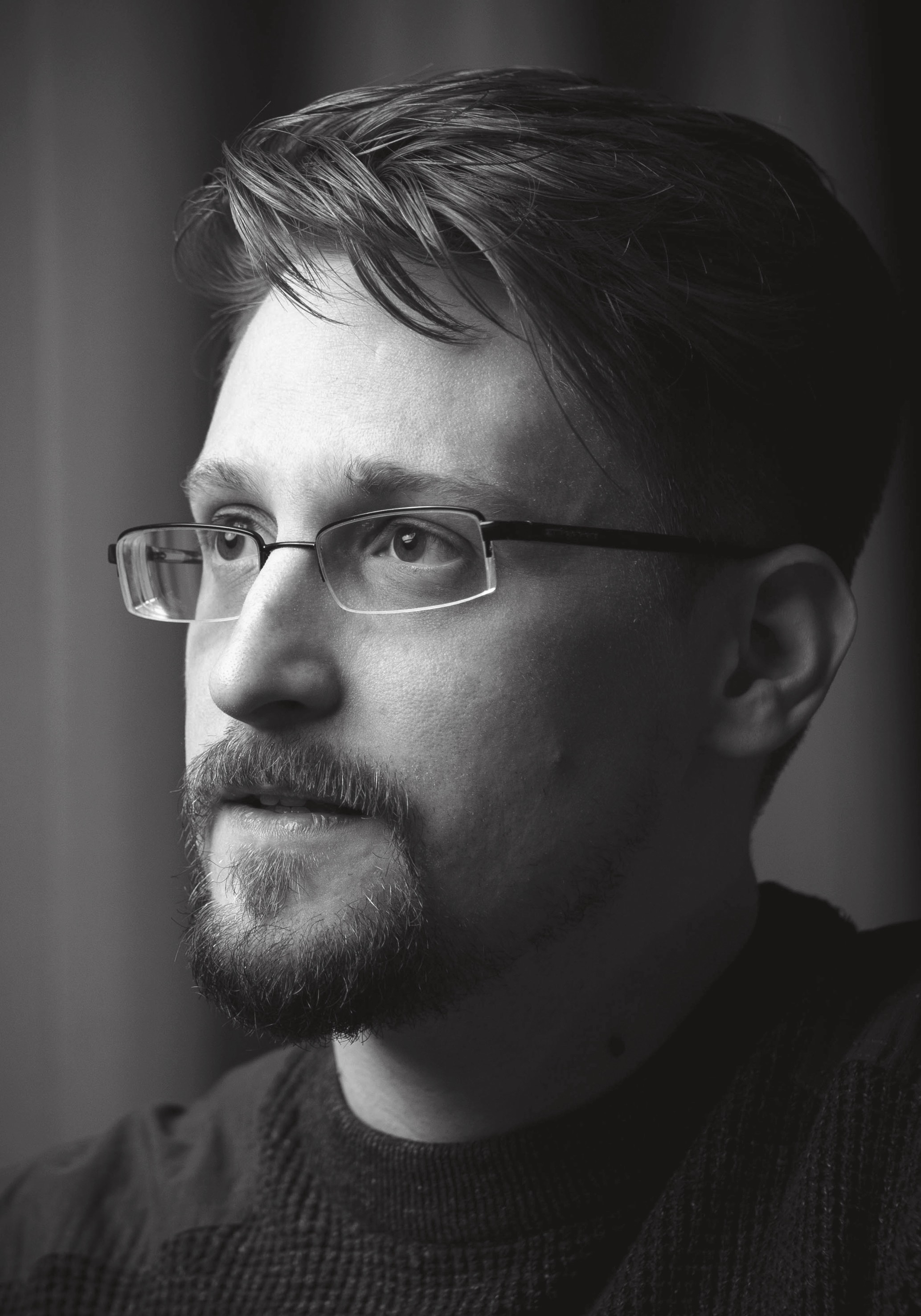 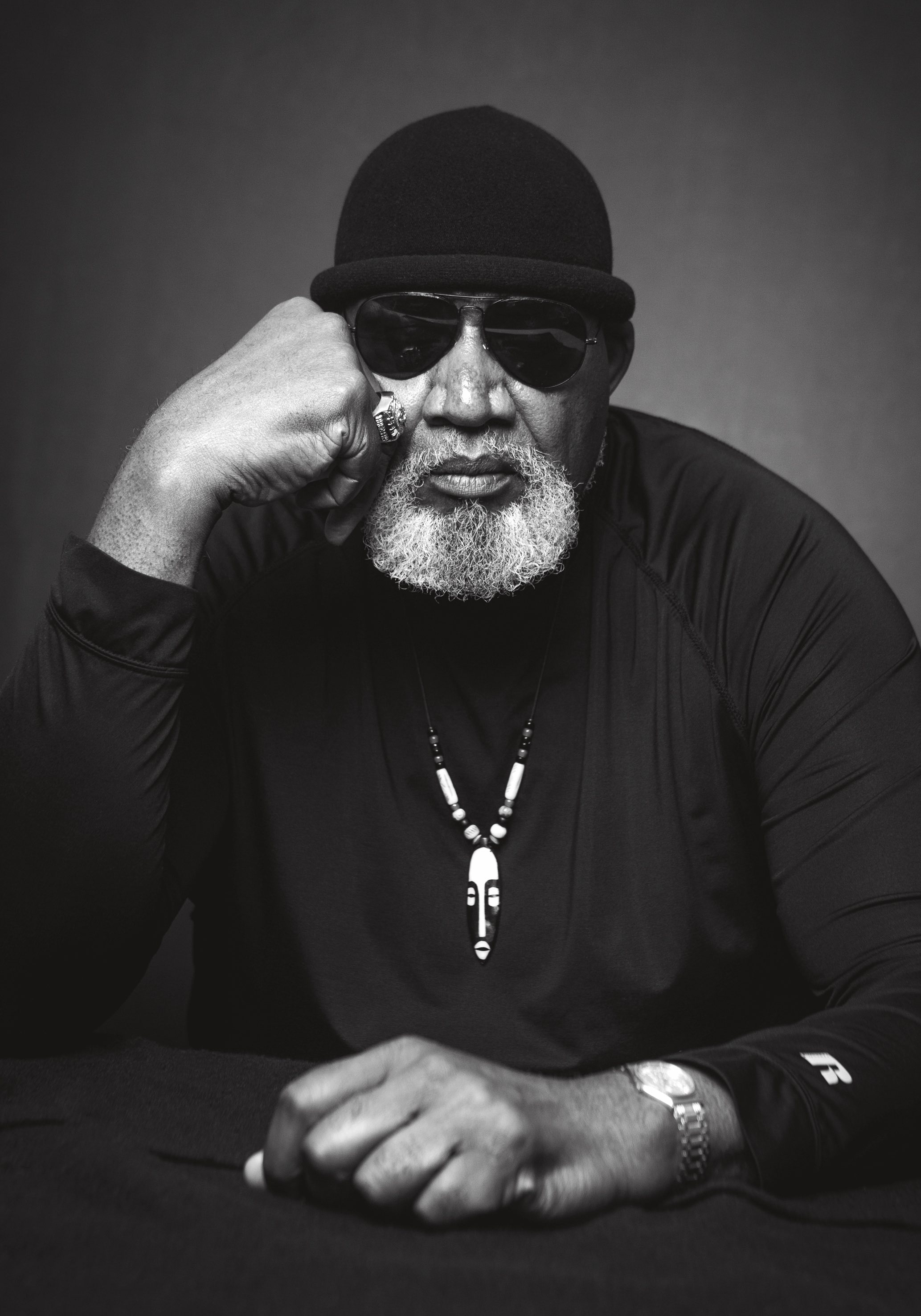 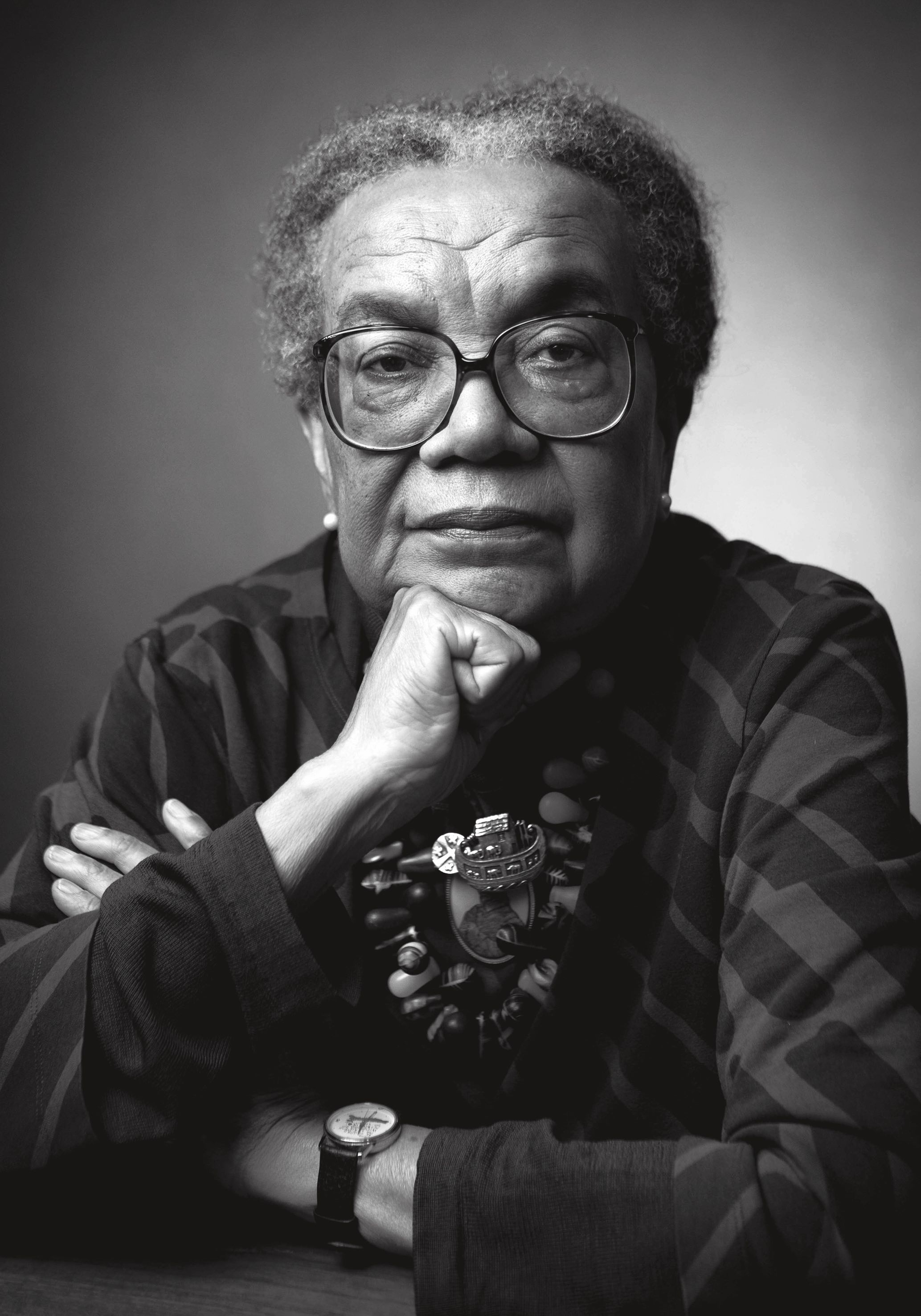 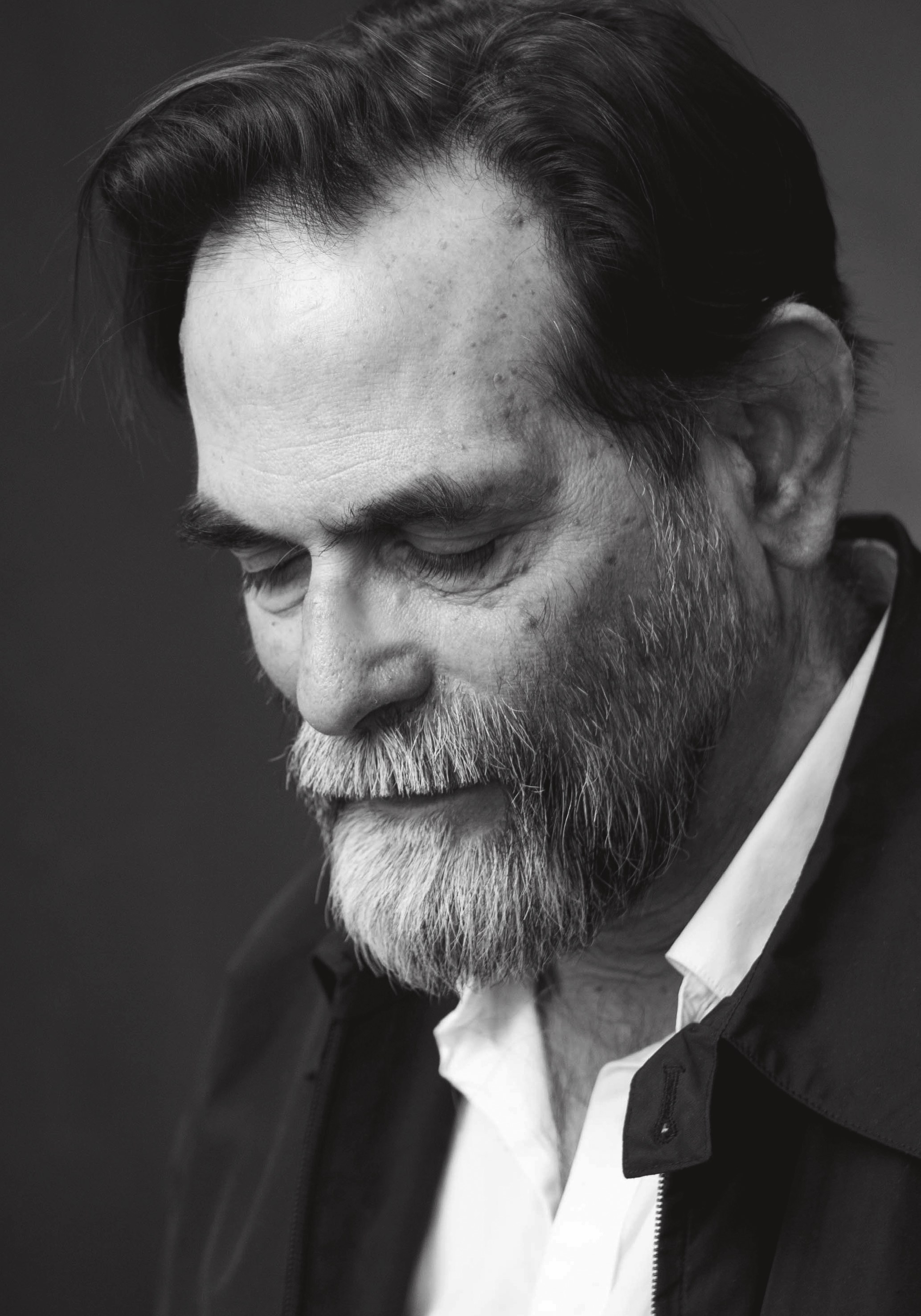 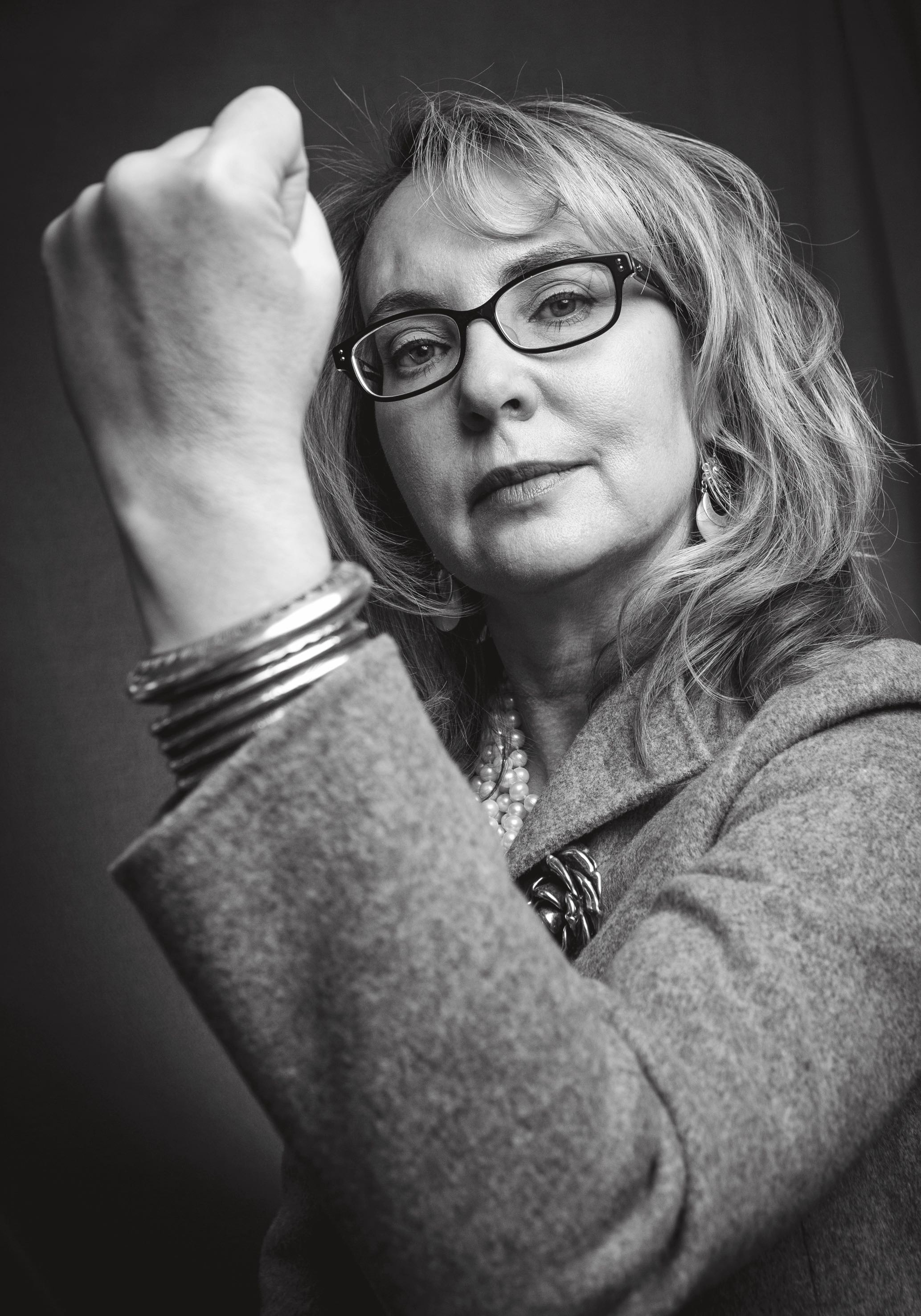 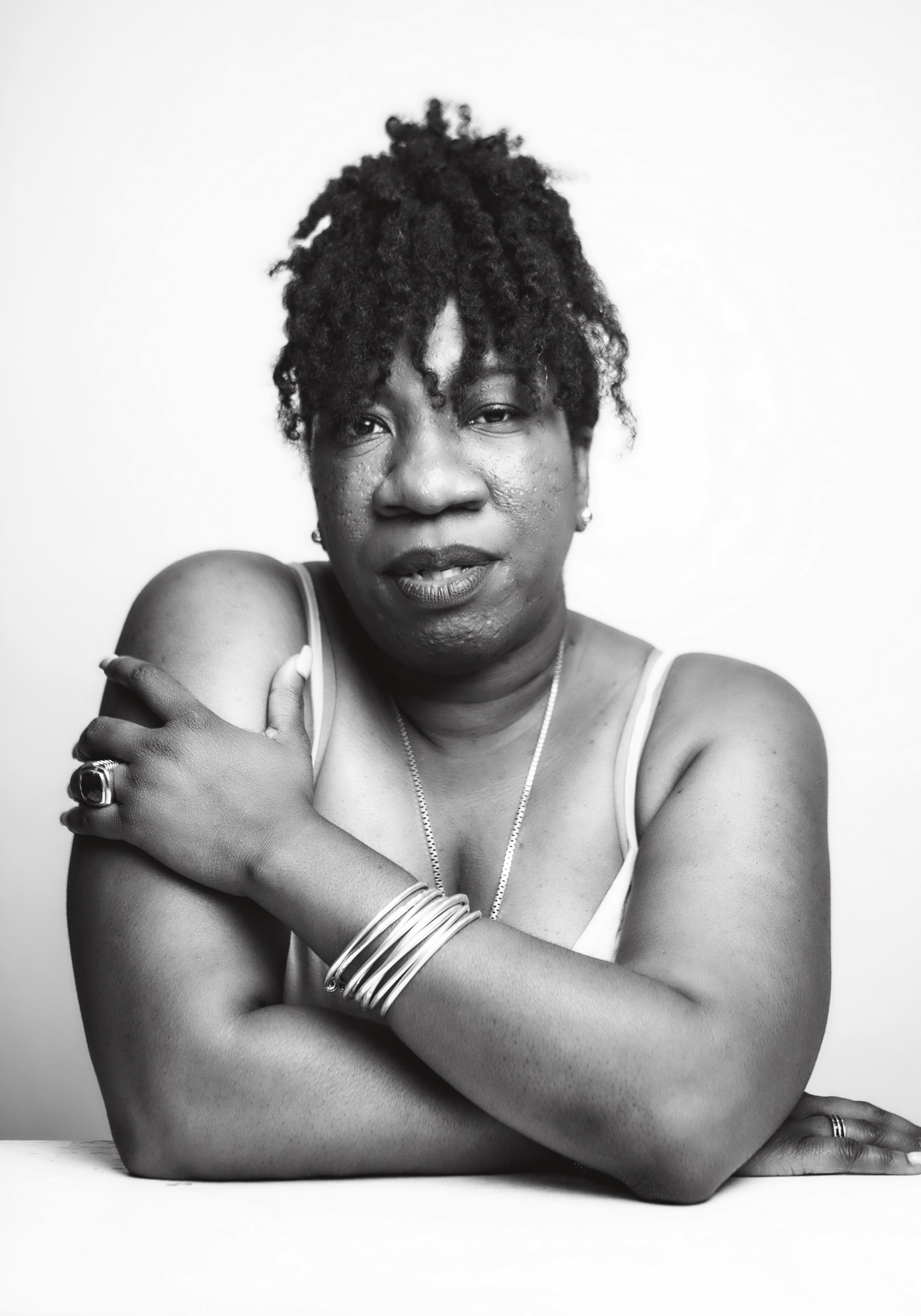 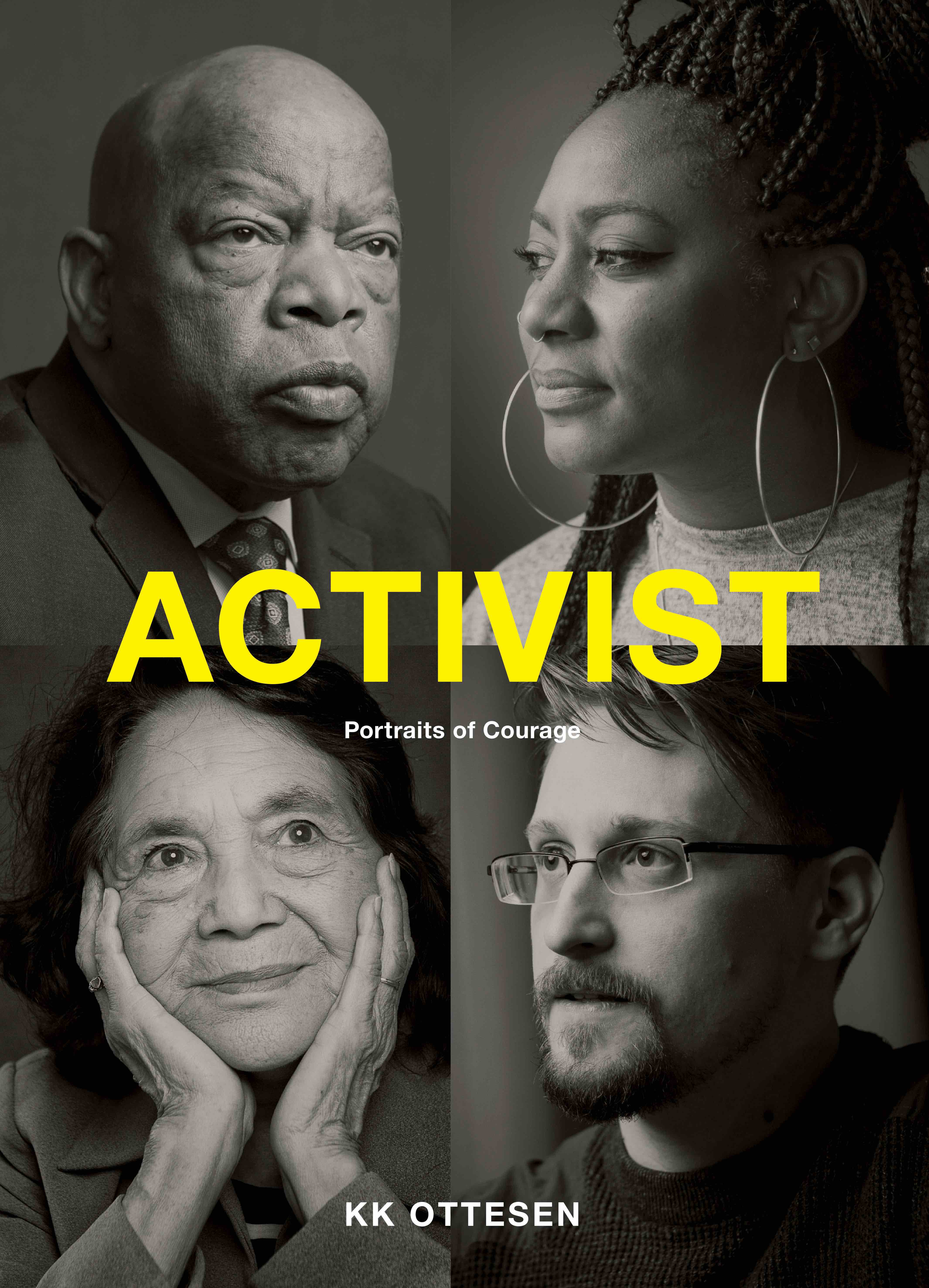 Activist: Portraits of Courage is out now.

Linkedin
RELATED ARTICLES
OTHER ARTICLES
Photographer Jeffrey Silverthorne always treated his subjects – often those living on the margins of society – with empathy and respect.
Max Miechowski reflects on documenting land that is being lost to the sea – and the people who live life on the edge.
The demonstration took place this week over plans to slash £50m from arts bodies in London.
Layna, Maysa and Amaya are three siblings looking to disrupt narratives around the sport. In doing so, they’re hoping to inspire a new generation of skateboarders.
A new exhibition is marking the photographer’s 100th birthday with a look back at his extraordinary career.
Proponents of personality tests argue that they’re necessary to find the best person for the job – but in practise, they’re often discriminatory.