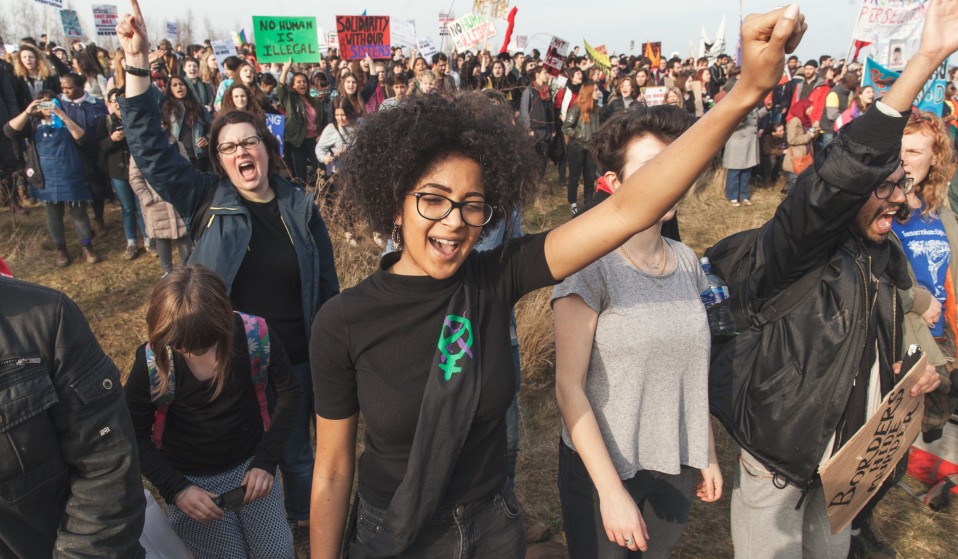 Campaigners say it's time Yarl's Wood is finally shut down.

The immigration detention centre has been at the centre of a number of controversies. Campaigners came together on Saturday to demand Yarl's Wood, and all other detention centres, are finally shut down.

Tens of coaches lined a quiet lane in rural Bedfordshire this weekend, as thousands of protestors descended on Yarl’s Wood Immigration Detention Centre, demanding it be shut down. On Saturday afternoon people travelled from all over the UK to attend the latest in a series of protests at the quasi-prison nestled in the otherwise idyllic English countryside. The centre, run by Serco, individuals suspected of visa violations and those subject to deportation held indefinitely until a decision is made on their case. 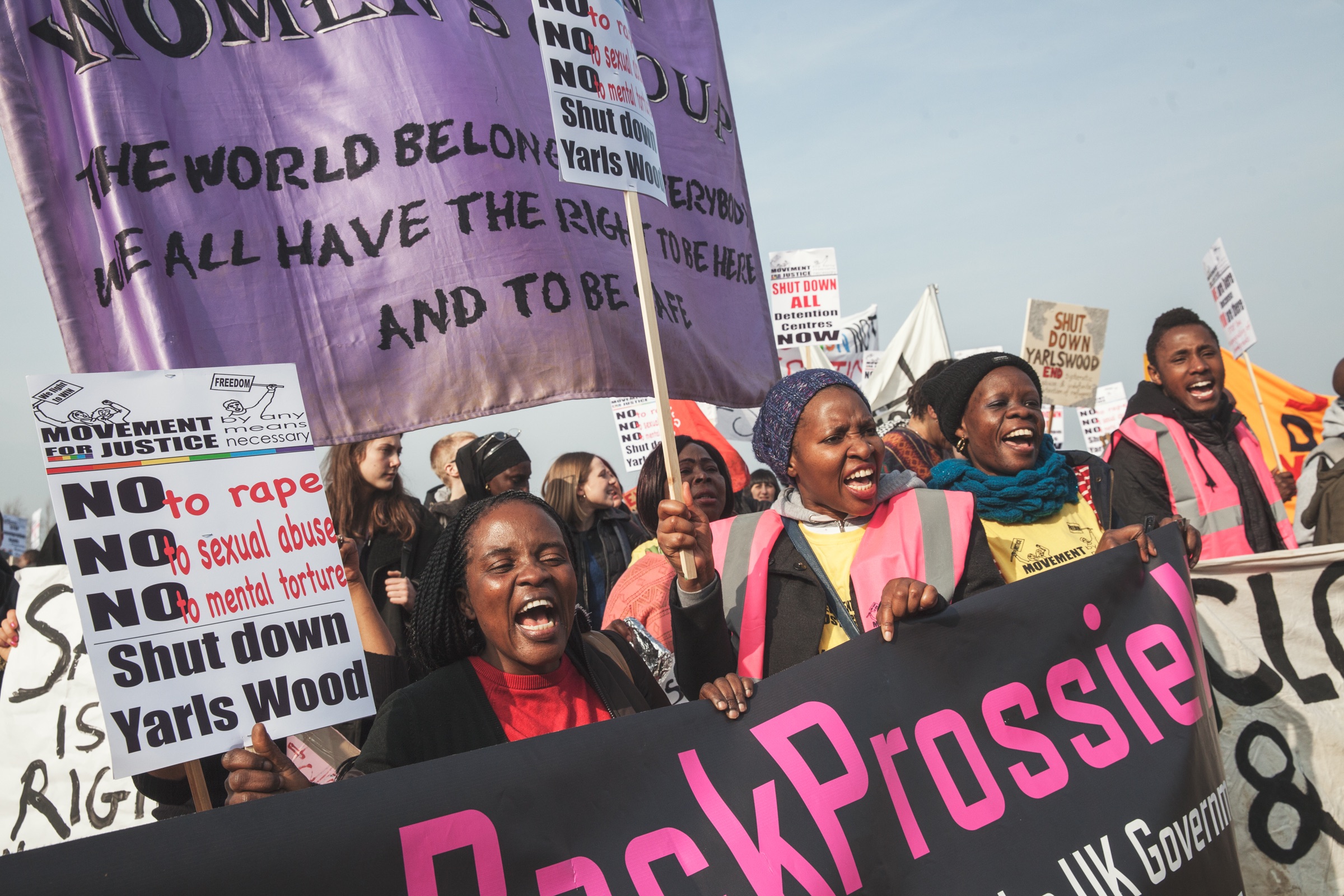 Those who gathered for hours at Yarl’s Wood aren’t just calling for the closure of this facility, but for detention centres nationwide to shut their doors. “Detaining vulnerable people, for the crime of wanting a better or safer life is inhumane and must be stopped,” one protestor named Minda said. “Time and time again we hear of injustice, maltreatment and abuse inside places like this, and these are just the examples that reach the public.” 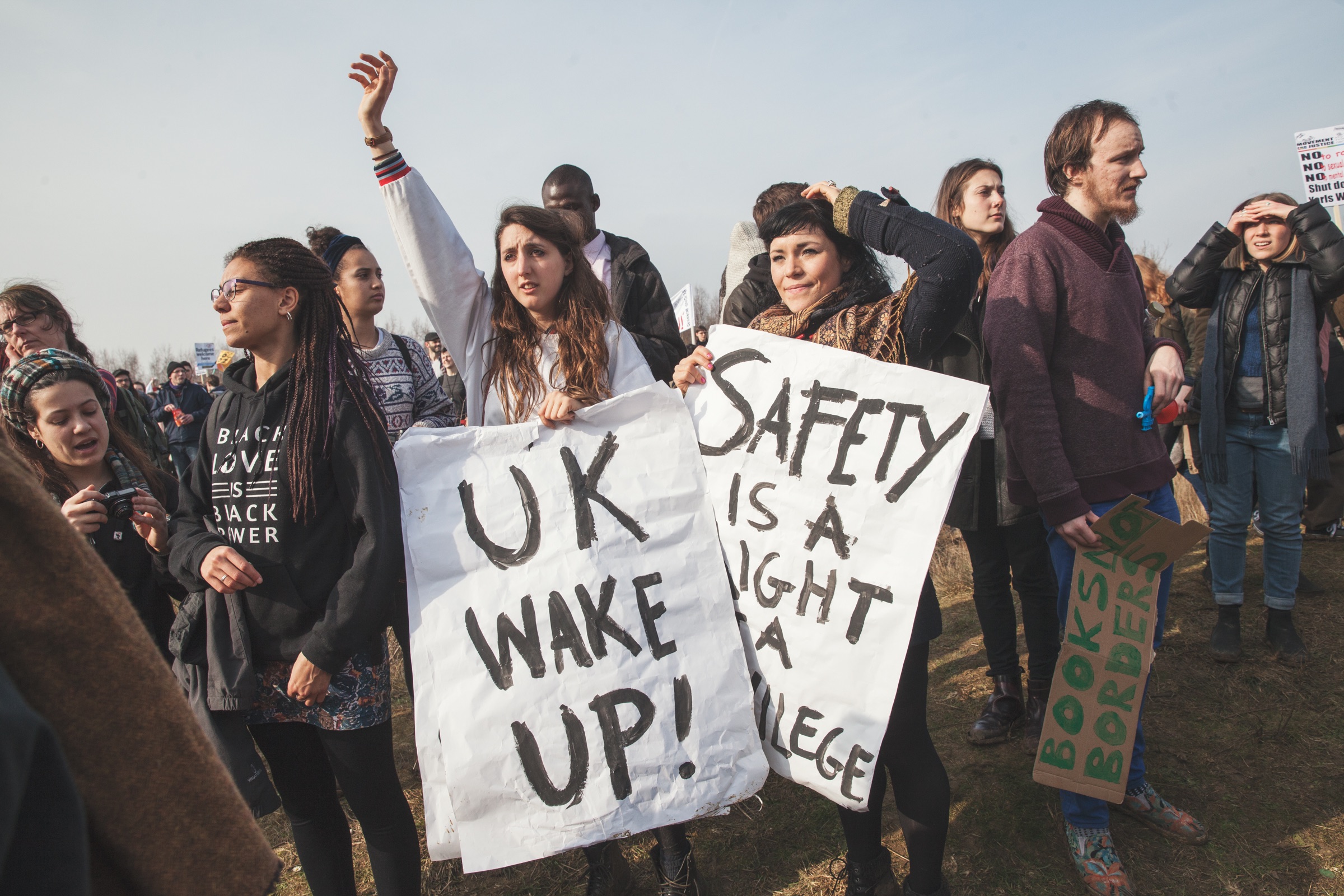 Just last week a repot found that a short-term detention centre in Dover was “a wholly unacceptable environment” for people to be held in. “Detainees did not have their basic physical needs met and conditions fundamentally lacked decency,” wrote Peter Clarke, Chief Inspector of Prisons. 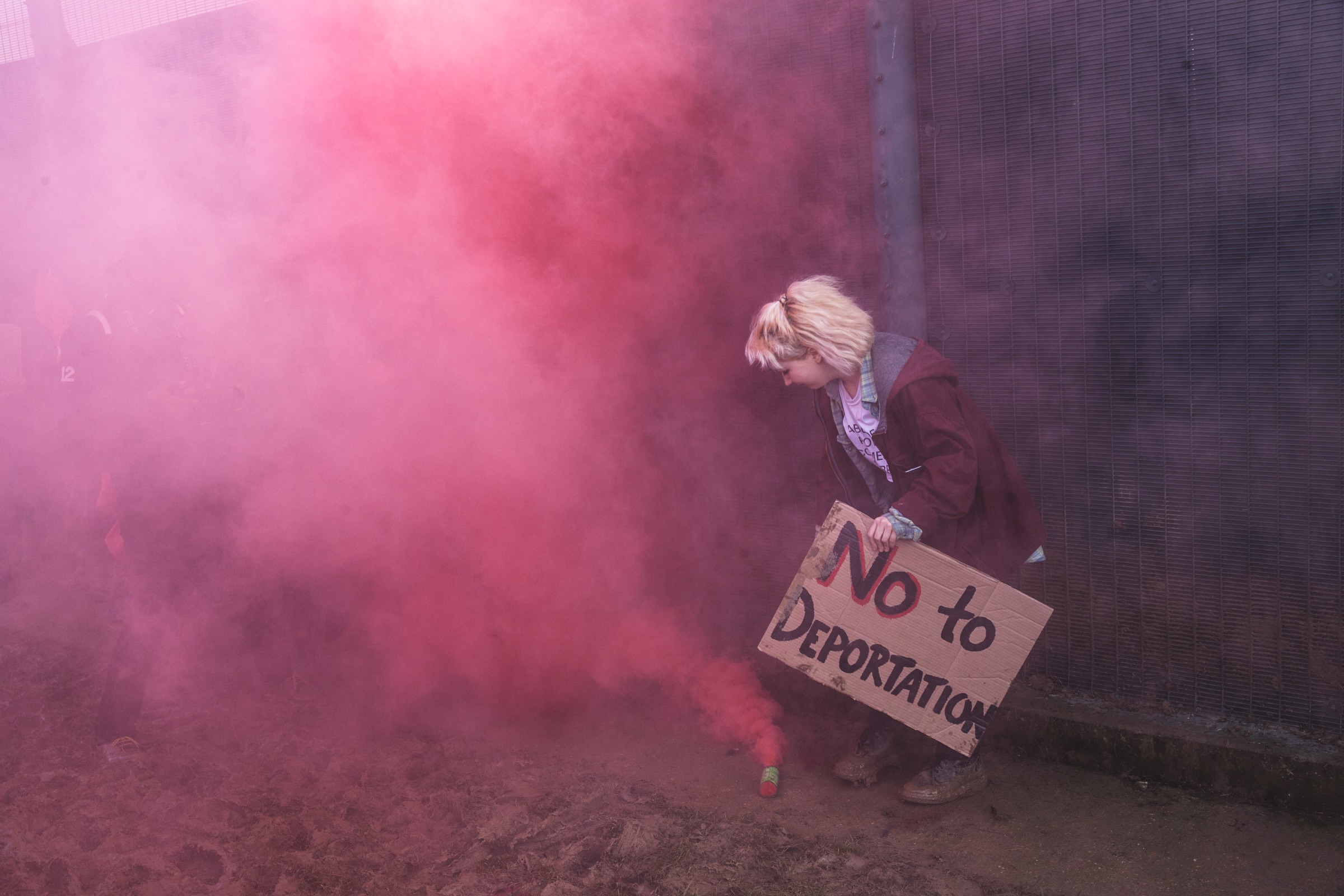 As crowds breached a fence on the perimeter of the 400 capacity centre, women hung handmade banners and signs from their windows. One sign read “Yarl’s Wood officers have relationships with vulnerable detainees.”

Yarl’s Wood, which opened in 2001, has been the centre of an array of controversies. In 2002 it was set alight, following widespread protests by detainees. Hunger strikes, sexual abuse and deaths have also regularly been reported in the press. 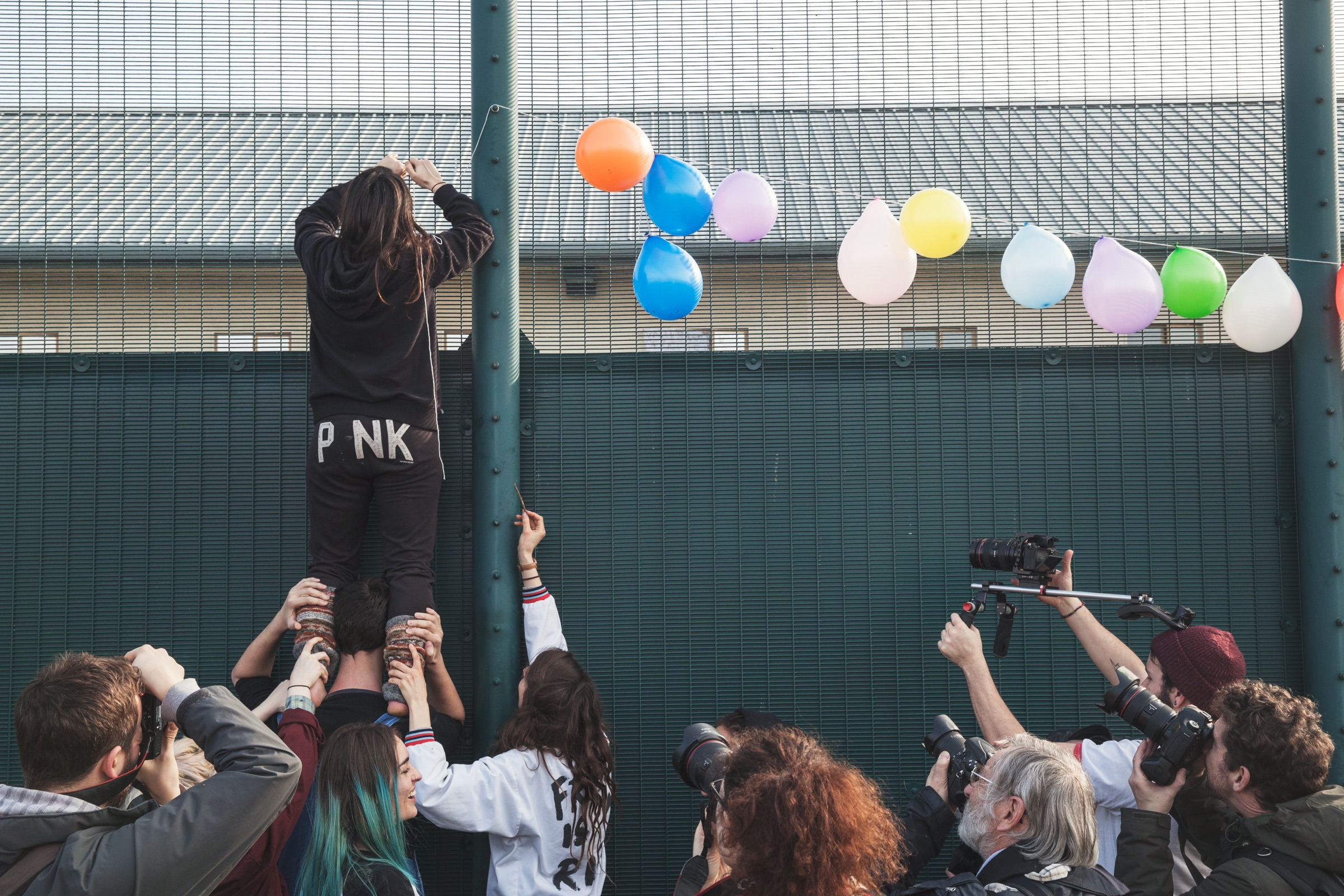 “I was told I would be held here for two weeks,” shouted a desperate voice from one window. “I’ve been in here for over a year now, all I want is my freedom. Please help me.”

Flares were set off and chants boomed from the voices of those who assembled, as the protest continued into early evening. For those protesting, and the women inside the centre – some of whom addressed the crowd via phone – it was an emotional and tiring event, but organisers from Movement for Justice have vowed they will return in larger numbers very soon. With the momentum that this campaign is gathering, it feels almost certain they will. 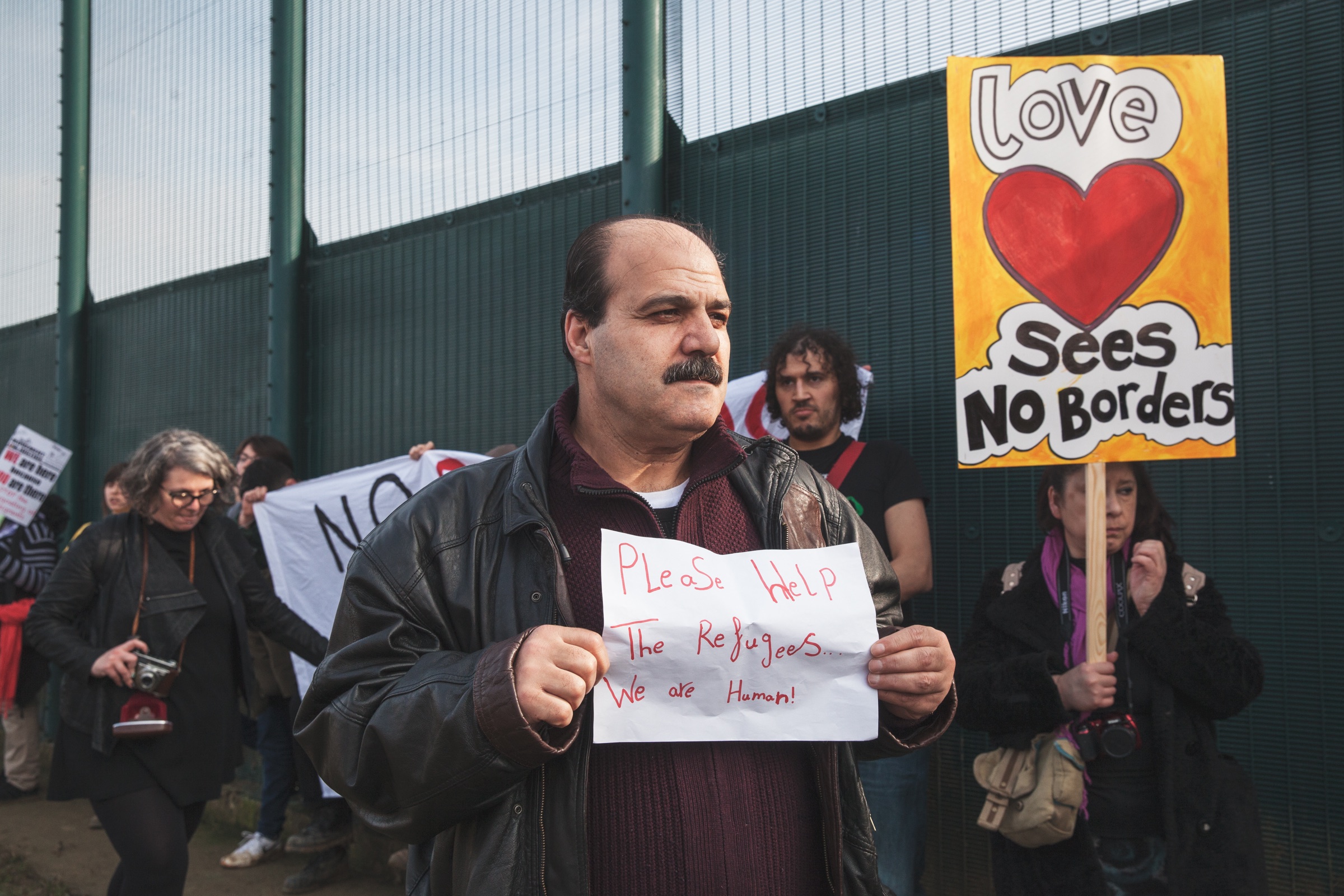 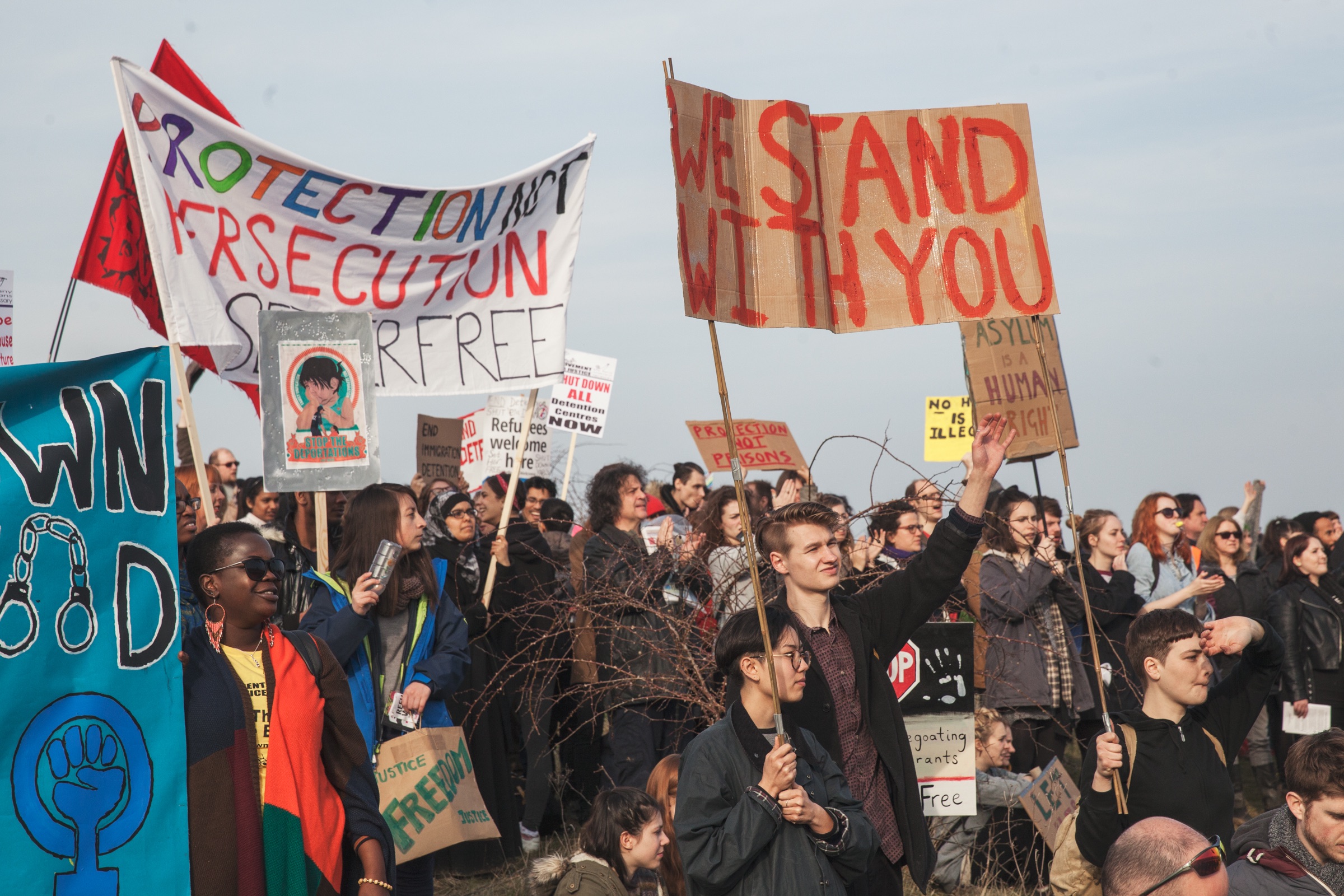 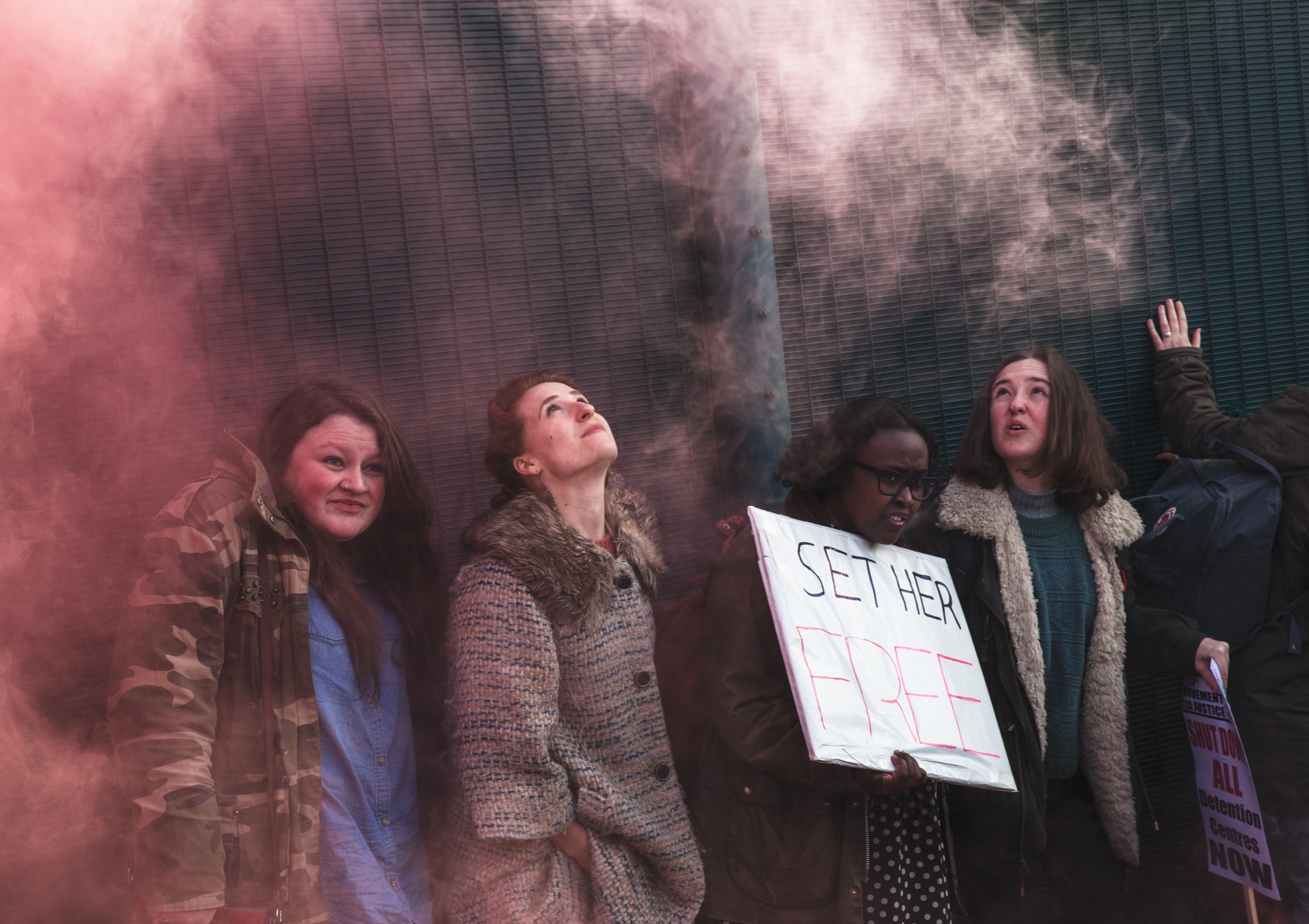 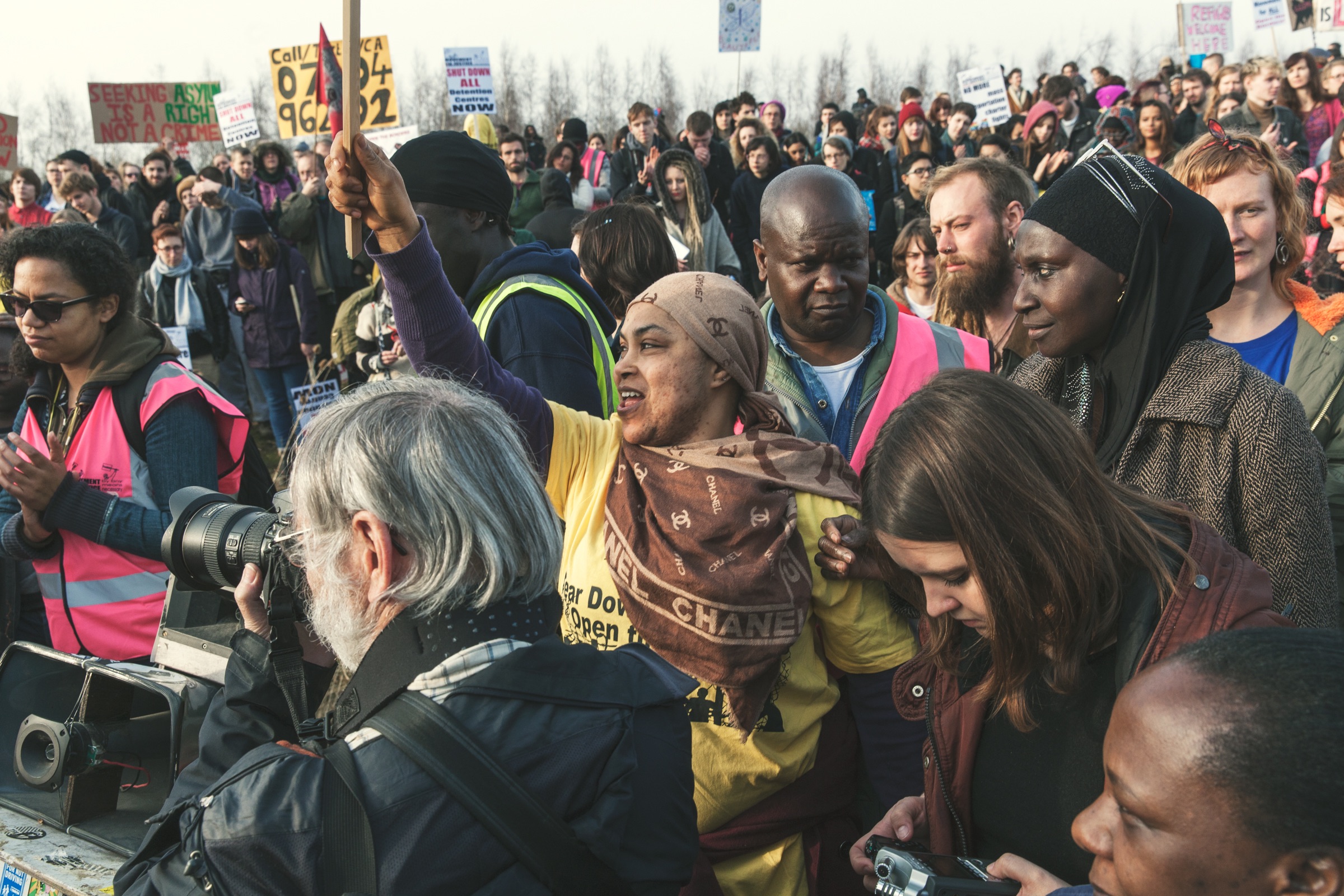 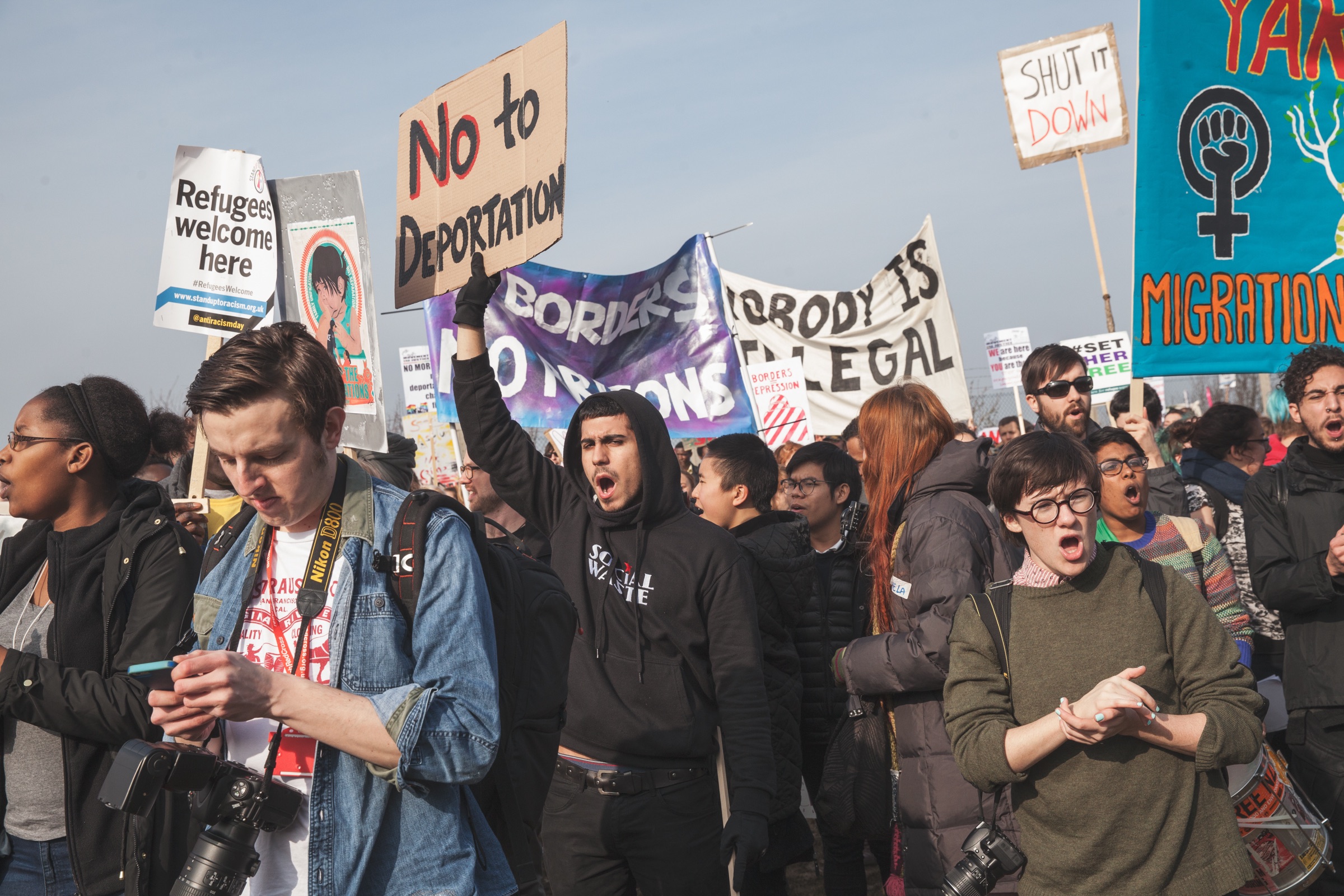 Photography by Chris Bethell, check out more of his work here.

Linkedin
RELATED ARTICLES
OTHER ARTICLES
Protestors are calling on the government to stop the deportation of a gravely ill fellow student to Nigeria.
It took Thomas Morris three years to write the book of his dreams. Then he scrapped it, sat down, and wrote the truth.
After the release of their debut LP last week, we talked to Philadelphia/LA duo Girlpool about the desire for new scenery and the need for constant change.
A resurgent Conservative government in power has a new generation looking for its sound of opposition. Who will take on the role the Smiths, the Clash and Billy Bragg played in the Thatcher era?
The Duchess of Northumberland is paranoid Kew Gardens has copied her treehouse designs but the real revolutionary woodland homes exist elsewhere.
A pretty portrait on the wall is all good and well, but shouldn't we be celebrating art that makes an impact in the real world?