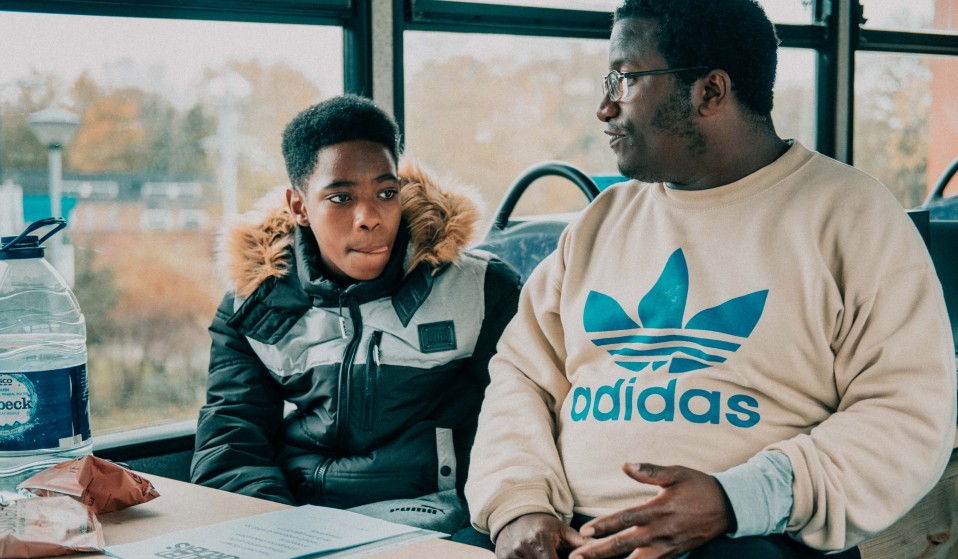 The United Borders Project is uniting young people from two rival areas in Harlesden (Stonebridge and Church Road) – bringing them together through music, mentoring and media classes.

The United Borders Project is uniting young people from two rival areas in Harlesden (Stonebridge and Church Road) – bringing them together through music, mentoring and media classes.

Last September, I was given the opportunity to take part in the new United Borders project – a youth programme based in North West London. Its aim? To help young people from two rival areas in Harlesden (Stonebridge and Church Road) come together through music.

Justin Finlayson, the founder of United Borders, is a well-known local music producer who grew up in the diverse London borough of Brent. He refers to his hometown, Harlesden, as the Wakanda of the day due to its visible and prevalent Afro-Caribbean culture. However, over the last few years, reports of rival drug crews and local gang warfare have caused deep divisions among the area’s young community.

“I didn’t have a road name or an official gang name,” Justin tells me. “But my movements [when I was young] were identical to what we’re witnessing today.” 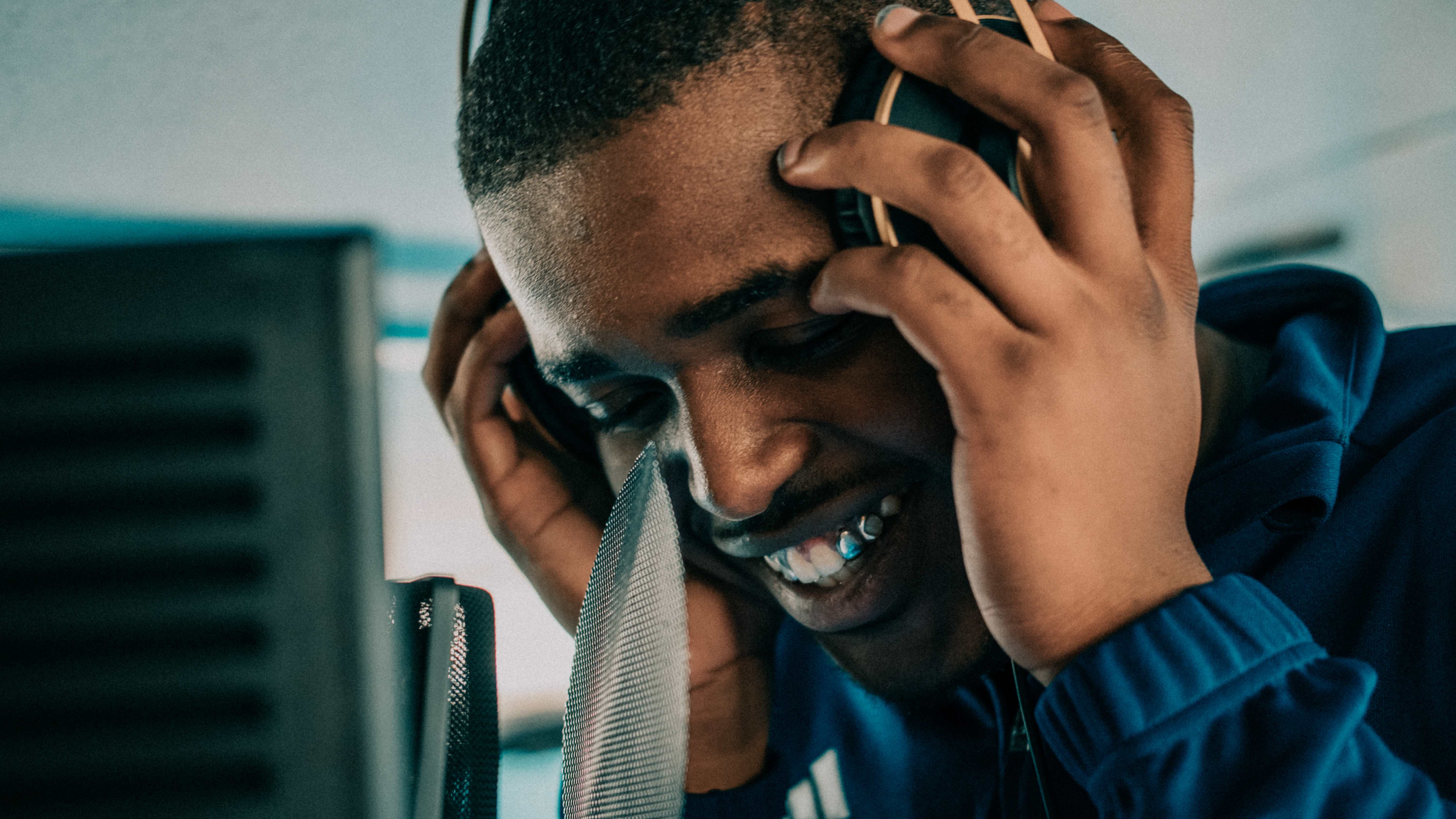 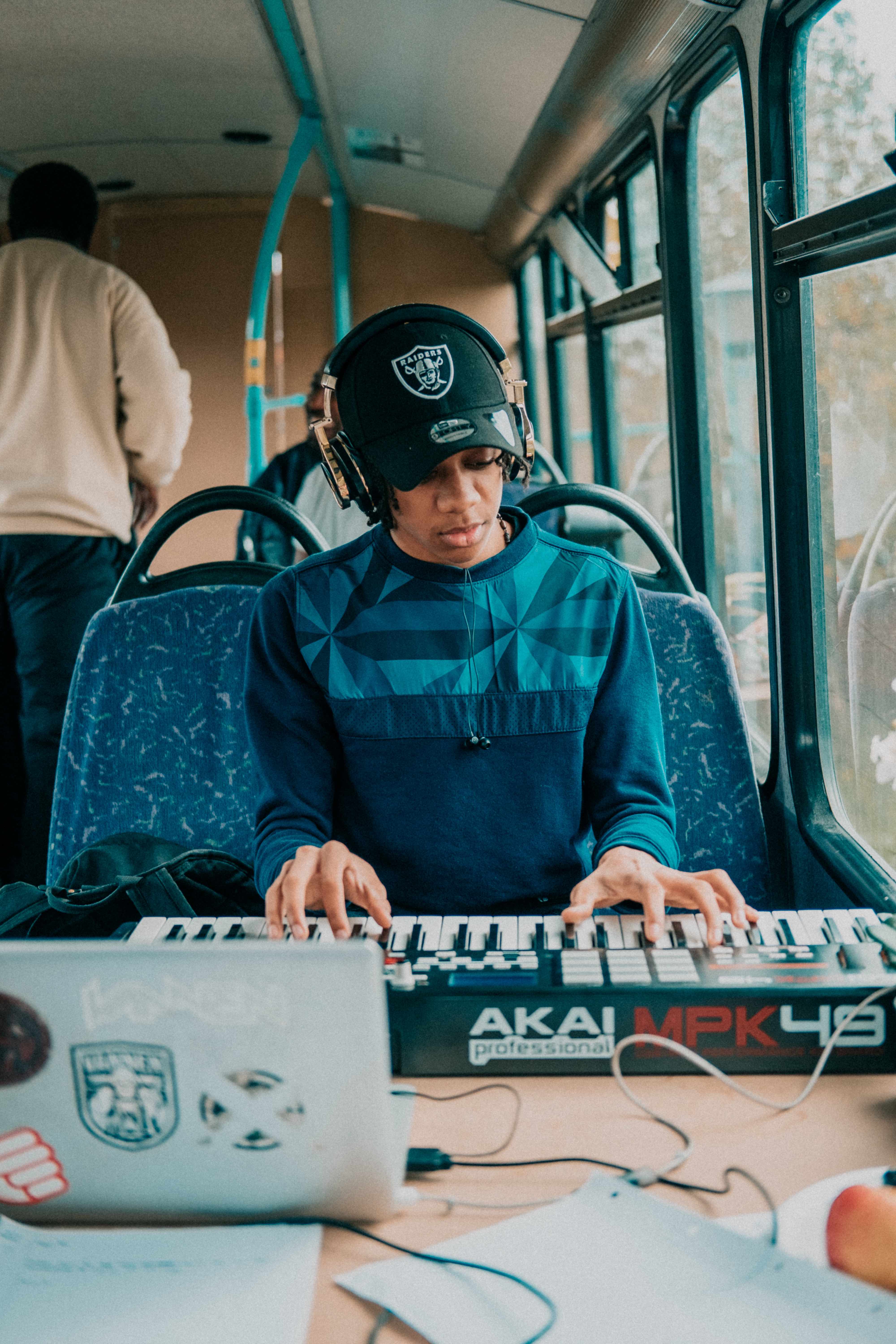 United Borders is the first youth project of its kind. A cross-border initiative between Hyde housing association and Catalyst housing association, it was started in August 2017 as a way of bridging the divide between the Stonebridge and Church Road estates.

However, finding the right location initially proved challenging. To avoid hosting it in one crew’s ‘no-go’ area, Justin decided to set up the programme on a double-decker bus, which he then converted into a makeshift music studio and classroom. In the mornings, he would drive to Church Road, before moving onto Stonebridge in the afternoons.

“The idea to convert a double-decker bus into a studio came from a need to get my services to youths who had become cut off from certain colleges in Brent due to postcode violence,” he explains. “I know too many youths who would not dream of attending Willesden college because they are from Stonebridge. Crossing the Church Road divide would be seen as slipping, and vice versa.” 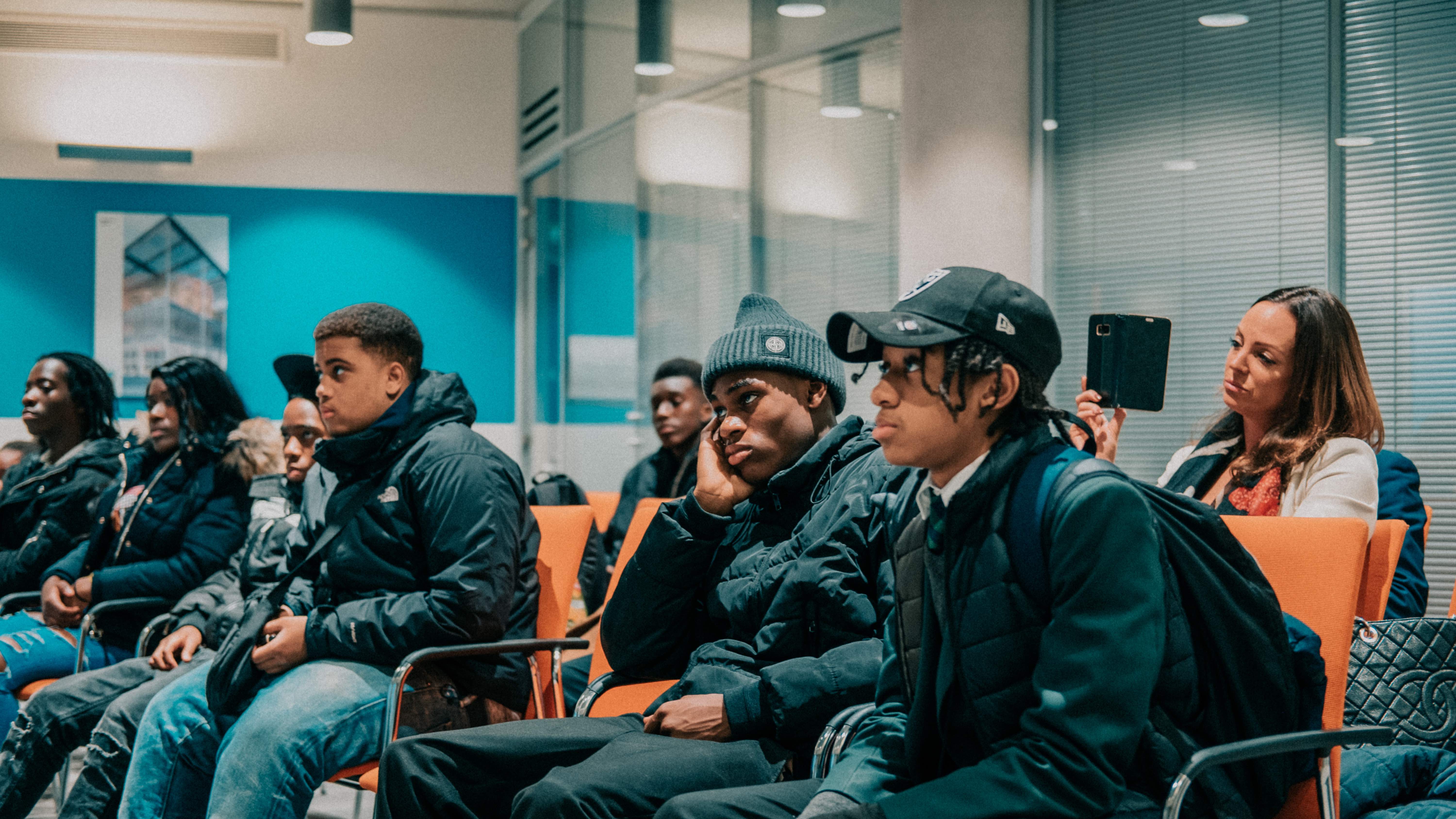 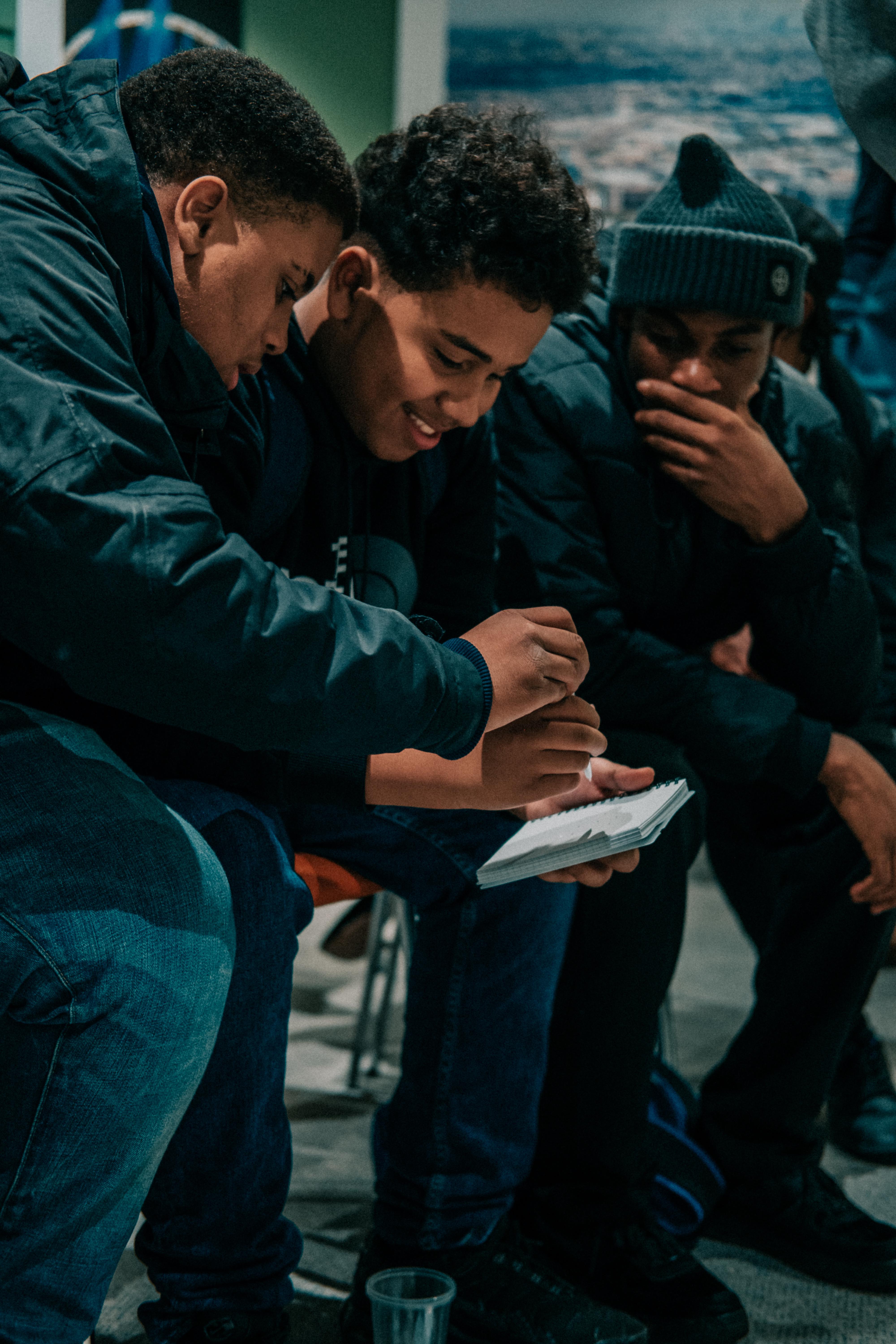 Justin kitted out the upper deck with desks, seating, a microphone booth and a mobile studio set up. From there, he began offering music classes, mentoring and social media courses for all the kids who boarded the bus. “Providing more Maths and English to youths in gangs or those who are excluded from school didn’t seem like a sensible choice,” he explains. “Plus, this enabled me to lean on my links in the music industry and invite people to the programme that would resonate with our youths [acts like Akala have already taken part], thus inspiring them to pursue their own endeavours.”

At first, Justin says, the Church Road youths would hop off the bus after their morning session – but after a while, they decided they wanted to go to Stonebridge, and vice versa. This eventually led to more young people from Stonebridge visiting Justin’s studio in Church Road to collaborate. Within the first few days of the programme, 15 gang members from each side began recording music together.

“It’s absolutely beautiful to be a part of this,” Justin says. “We are laying down the framework which takes away ‘the ops or pagans’ mentality and shows people that it’s another person just like themselves on the other side.” 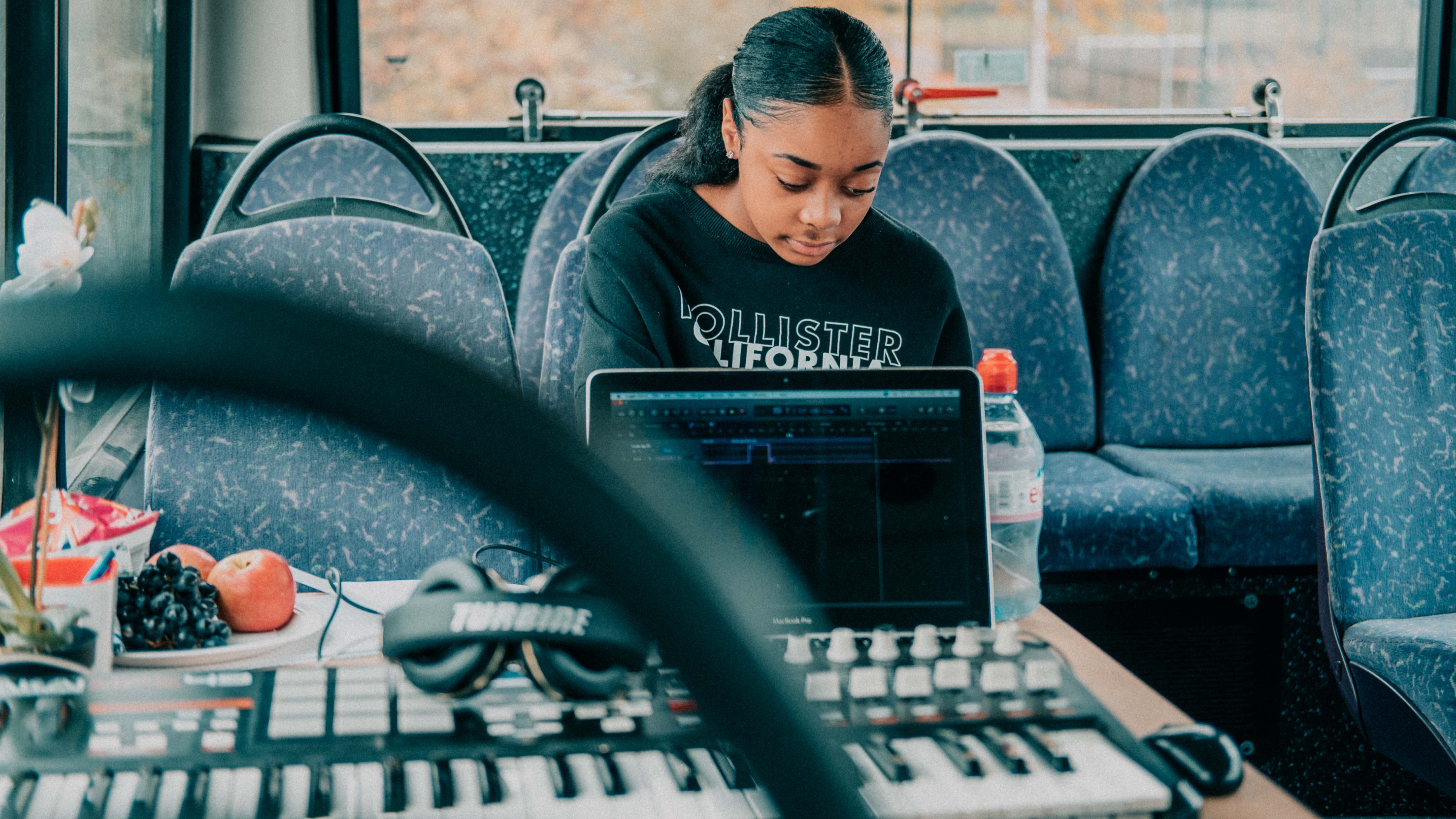 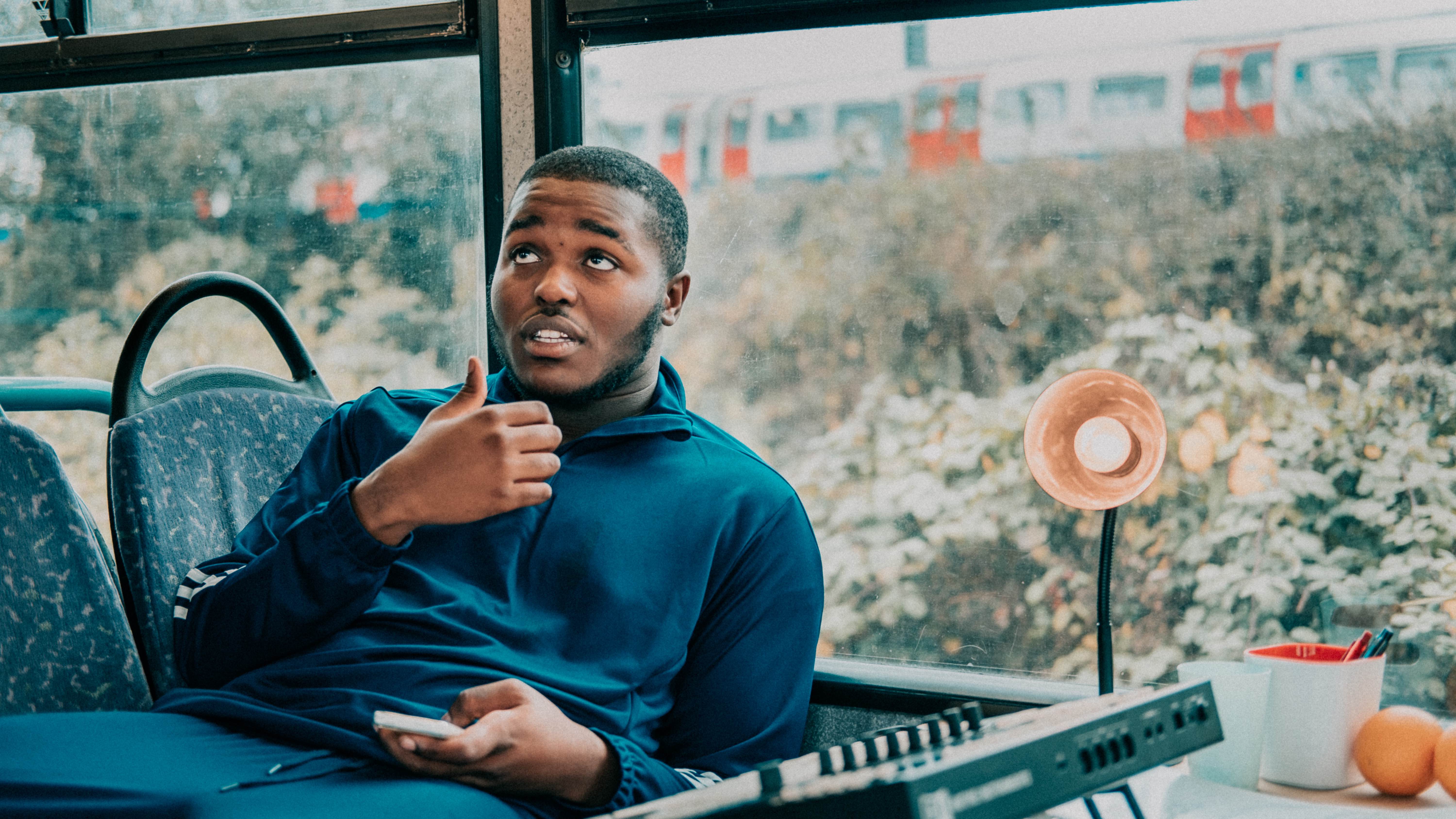 According to Justin, the young people involved in the project have been vocal about the state of the UK educational system, which they believe has failed them and deprived them of the chance to excel. With this project, he hopes to increase their self-worth, and undo the years of neglect that they’ve been forced to face under the current government.

So why does he believe that music can help? What makes it such a powerful unifying force for the area’s young people? “Music is the soundtrack for life,” he says. “It doesn’t matter the age, gender, culture or environment. Most people utilise music to relax, escape, enhance or create – and this is no different with our young people today.” 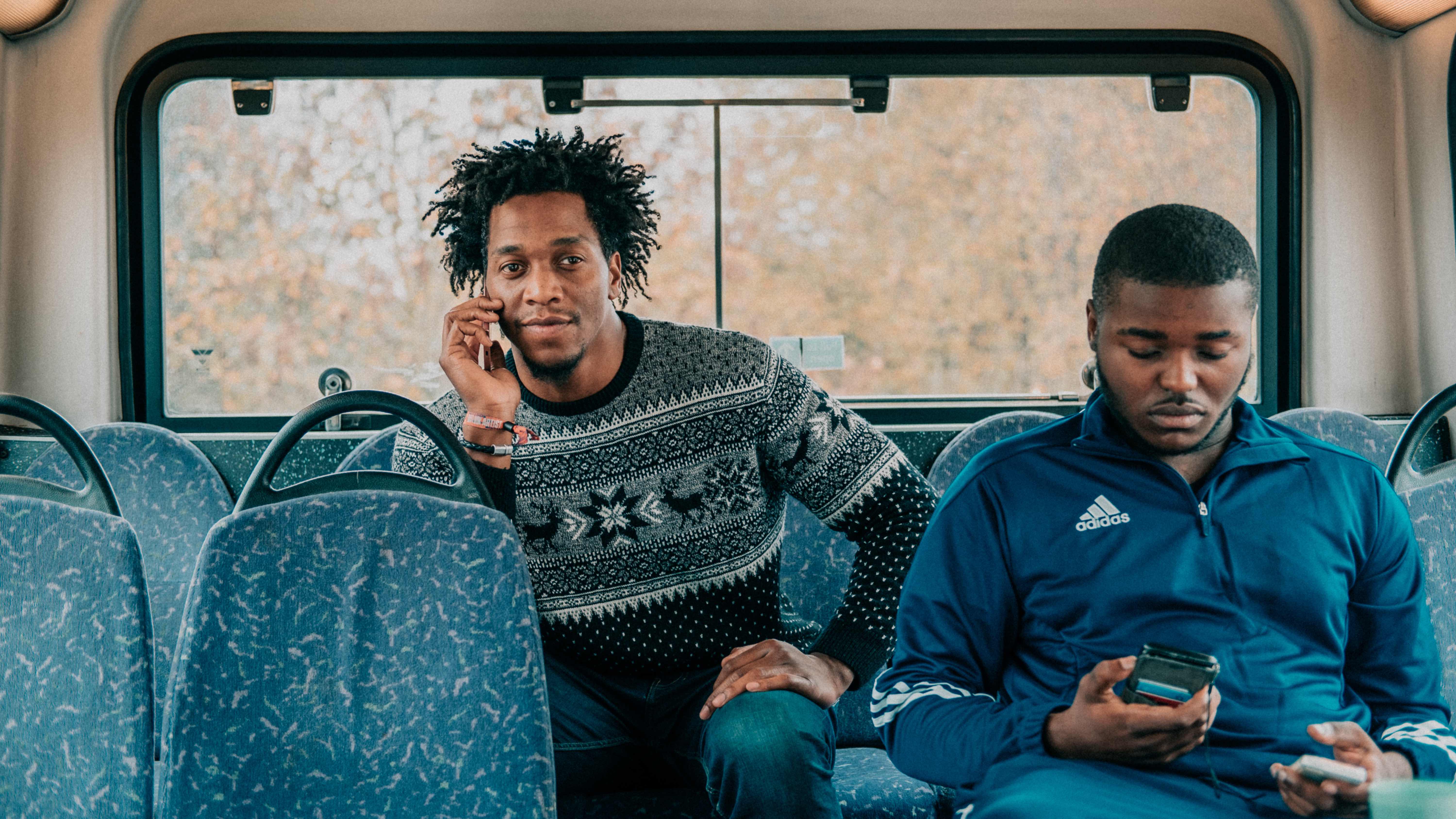 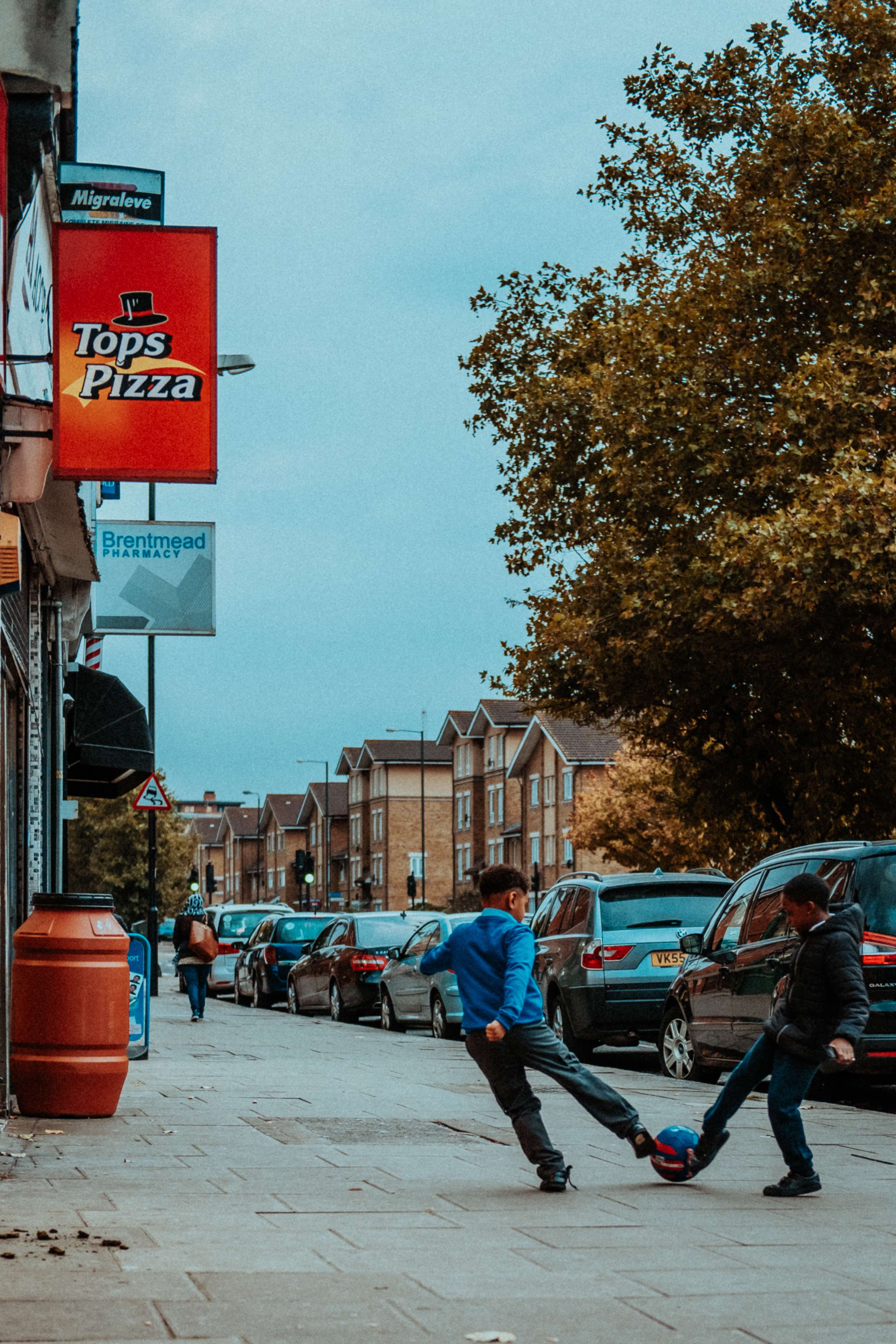 “In our programme, we give our young people free reign to create whatever they feel is necessary. It’s music therapy. The ability to express whatever is on their mind. Then we get them to question whatever it is they have just written and performed… We don’t judge, we just provide a space of comfort and opportunity.”

For Justin, music is just the start. He hopes to eventually persuade Brent council to defy government cuts and pour more money back into the community, ultimately giving more young people the chance to broaden their horizons. He cites his childhood as an example, where he was frequently given the opportunity to leave the capital and spend time at activity centres in the countryside.

To find out more and get involved with the United Borders project, you can email Justin.

Linkedin
RELATED ARTICLES
OTHER ARTICLES
Photographer Sean Maung reflects on documenting a small town in Pennsylvania afflicted by high levels of unemployment, poverty, violence, crime, and addiction.
After building his reputation covering the US civil rights movement in the 1960s, the photographer went on to produce some of the most enduring images of the past century.
After a two-year hiatus and a new album, the Nigerian artist is riding high. Now, he wants to bring his alternative, genre-bending sound to the world.
The first-generation graffiti artist reflects on the tagging’s emergence as an art form and the players who pushed the medium forward.
A new law change is enabling Britain’s donor-conceived children to know the truth about their origins – but campaigners say the fertility industry must do more to protect people.
David 'Dee' Delgado’s photo project is about honouring and uplifting the city of his youth, and a world rapidly disappearing under the relentless onslaught of gentrification.