News & Politics / Activism / We stand in solidarity with the Stansted 15 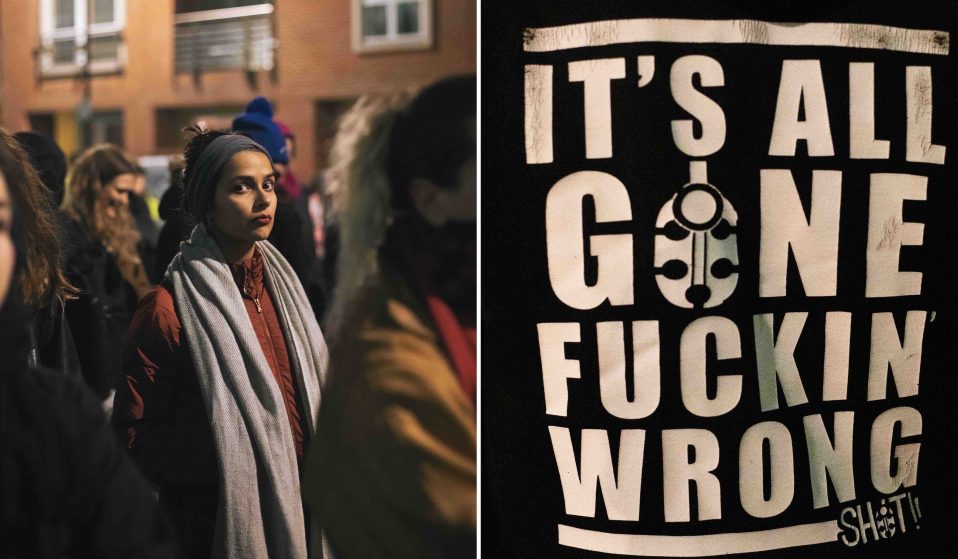 Yesterday, hundreds of protesters gathered outside the home office in support of the activists, who were convicted after blocking a deportation flight in 2017.

Yesterday, hundreds of protesters gathered outside the home office in support of the activists, who were convicted after blocking a deportation flight in 2017.

On December 10, Chelmsford Crown Court convicted the ‘Stansted 15’ of a terror-related offence for blocking the deportation of asylum seekers on a charter flight. Endangering an airport is a charge that carries a maximum sentence of life imprisonment.

24 hours later, hundreds of protesters flooded the streets outside the Home Office in Central London, demanding that the verdict be overturned. The event drew a coalition of migrant rights activists, environmentalists, trade union representatives, and left-wing politicians. The crowd was a sea of pink in response to a call for supporters to wear the colour in solidarity – the same colour of the activists’ high-vis jackets when they blocked the charter flight in March 2017.

After a nine-week trial, several of the S15 appeared on stage to address the crowd. In a series of emotional speeches, they reiterated two messages; that it was the Home Office putting lives at risk, and that the true victims were asylum seekers facing detention and deportation.

“Justice will not be done until we are exonerated and the Home Office is held to account for the danger it puts people in every day – in dawn raids at their homes, in detention centres, and on these brutal flights,” said Laura Clayson. “The system is unfair, unjust, and unlawful. It must be stopped.” 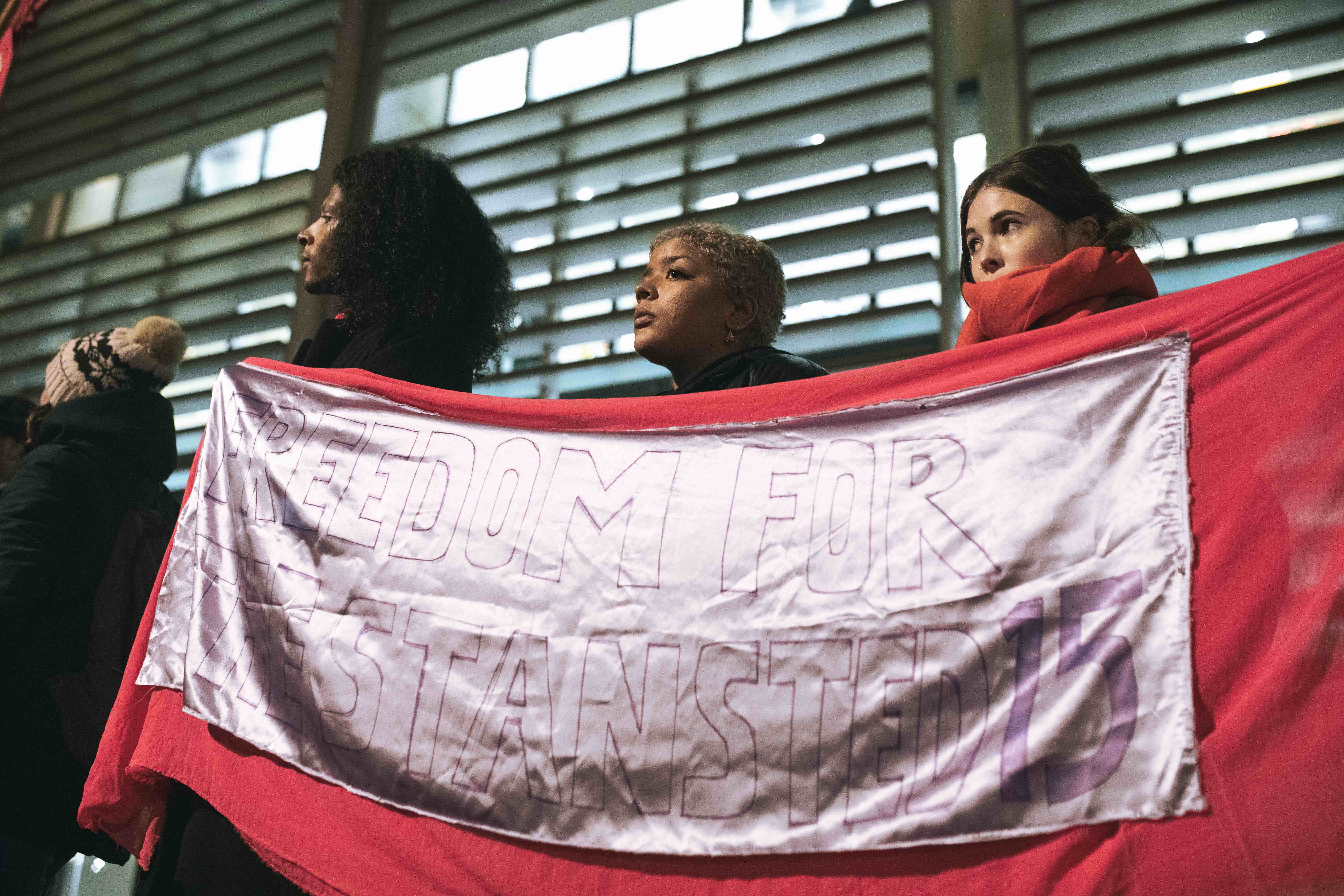 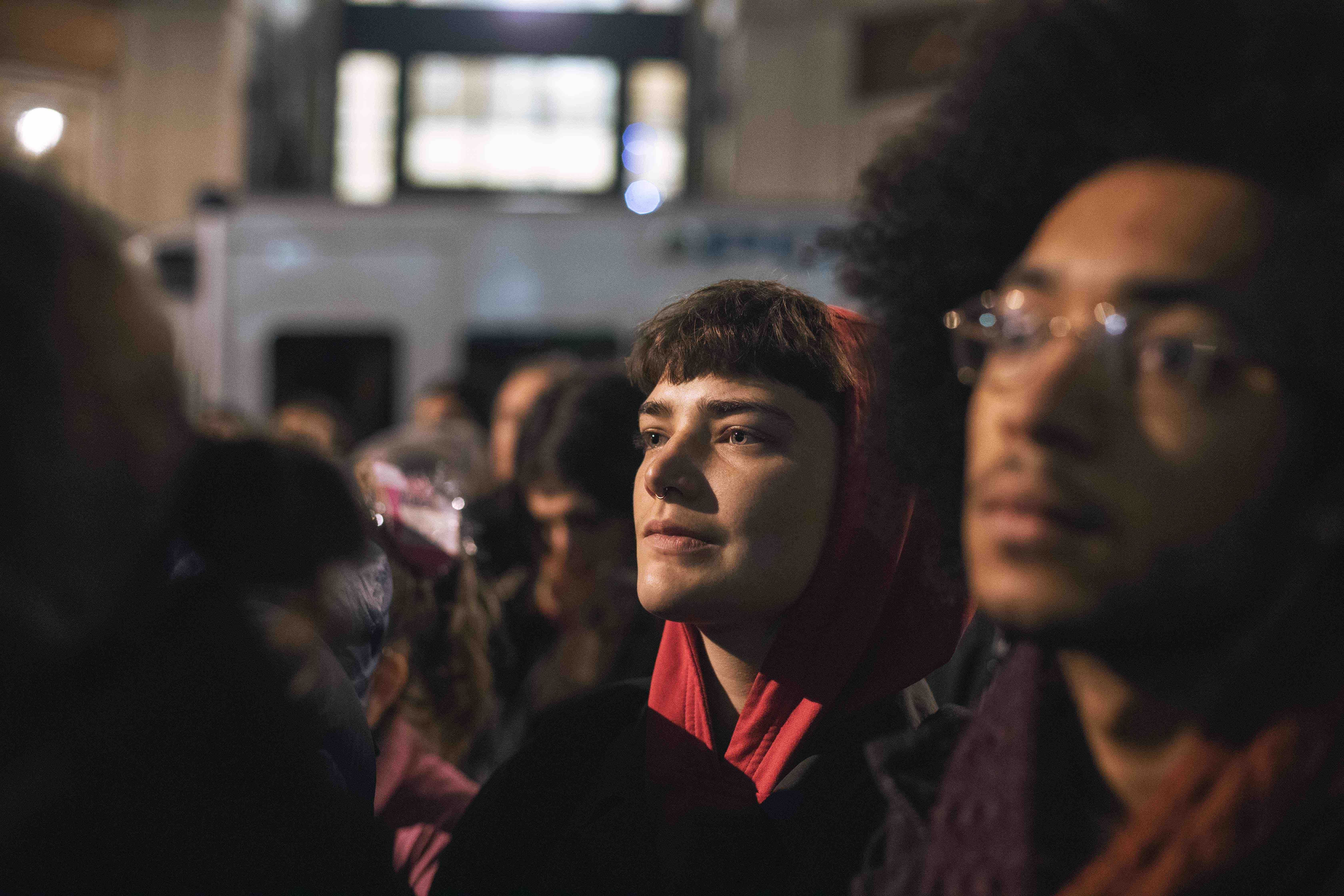 Several of the activists read letters from asylum seekers facing persecution in their ‘home’ countries, including cases where preventing the flight in March 2017 had transformed their prospects. 11 of the original passengers due to be deported remain in the country today. Some have fresh hope of permanent residency.

The presence of Shadow Home Secretary Diane Abbott was an indication of the profile this case has gained – in recent days, the S15 have received support from sources ranging from the Liberty group to Pamela Anderson. Abbott promised a review of detention and immigration policy under Labour, but her statement – “when I’m Home Secretary, most of these things will change” – drew a mixed reaction and chants of “abolition not reform.”

Amnesty International and legal scholars have attacked the use of anti-terror legislation against peaceful protestors, which Amnesty has characterised as “using a sledgehammer to crack a nut.” The group’s campaigner Tim Gee warned the crowd to be vigilant as the case could represent a “slippery slope” towards blanket criminalisation of dissent. 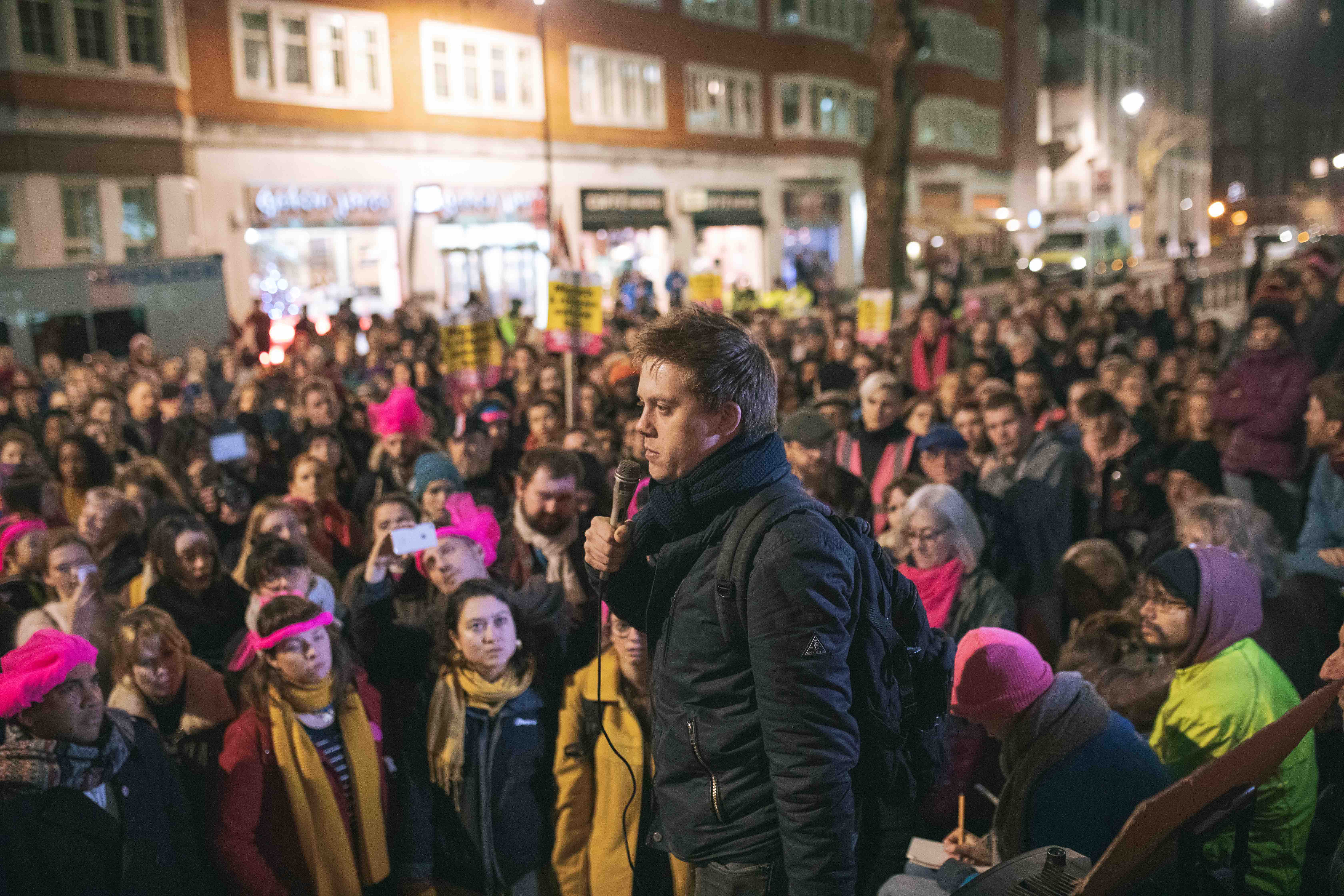 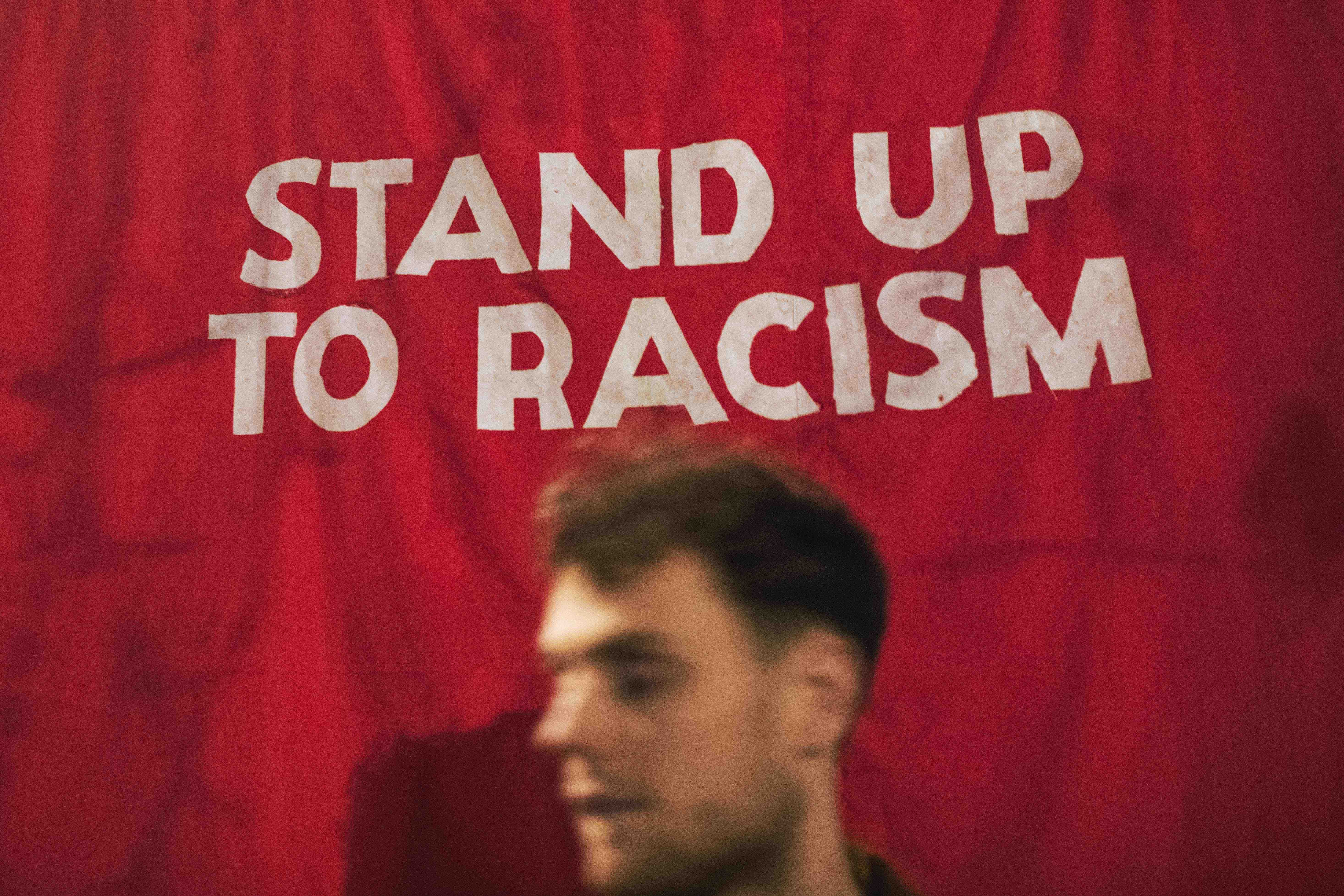 Satbir Singh, head of the Joint Council for the Welfare of Immigrants, told Huck he believed the severity of the prosecution was intended to have a chilling effect on any activism beyond “holding a placard or blowing a whistle.”

“They are trying to scare people to ensure they don’t do things that are incredibly effective,” said Singh. “That flight didn’t take off and there were people on it that had a right to be here – which shows the folly of the whole bloody exercise.”

But there was little sign of a chilling effect on this December evening, where it was clear that a once-niche campaign had achieved mainstream profile and built a wide-ranging coalition of supporters. Demands from speakers and supporters ranged from ending charter flights to dismantling the Hostile Environment policy and prosecution of Home Office officials.

“This case has enraged and upset a lot of people who want to hold the Home Office to account,” S15 activist Jo Ram told Huck. “You can see that our movement is alive and kicking and (the verdict) has galvanised the movement… The silver lining of a trial that has been a horrendous experience is that we have had an amazing network of support that has just snowballed.”

The experience has been traumatic for the S15, who must now endure months of uncertainty before sentencing in February and a probable appeal process. But there were no regrets expressed outside the Home Office, where the anti-deportation movement looked healthier than ever. 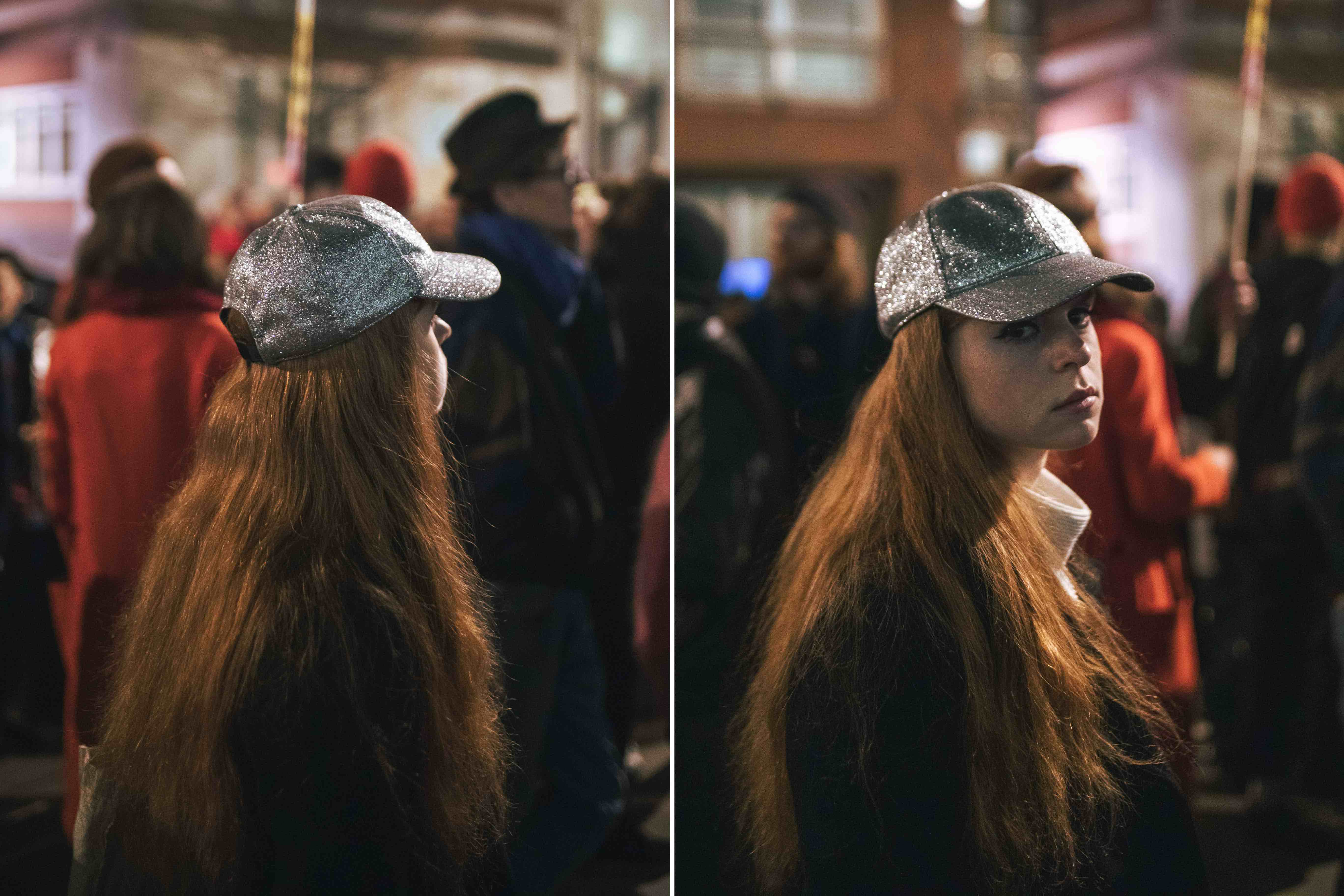 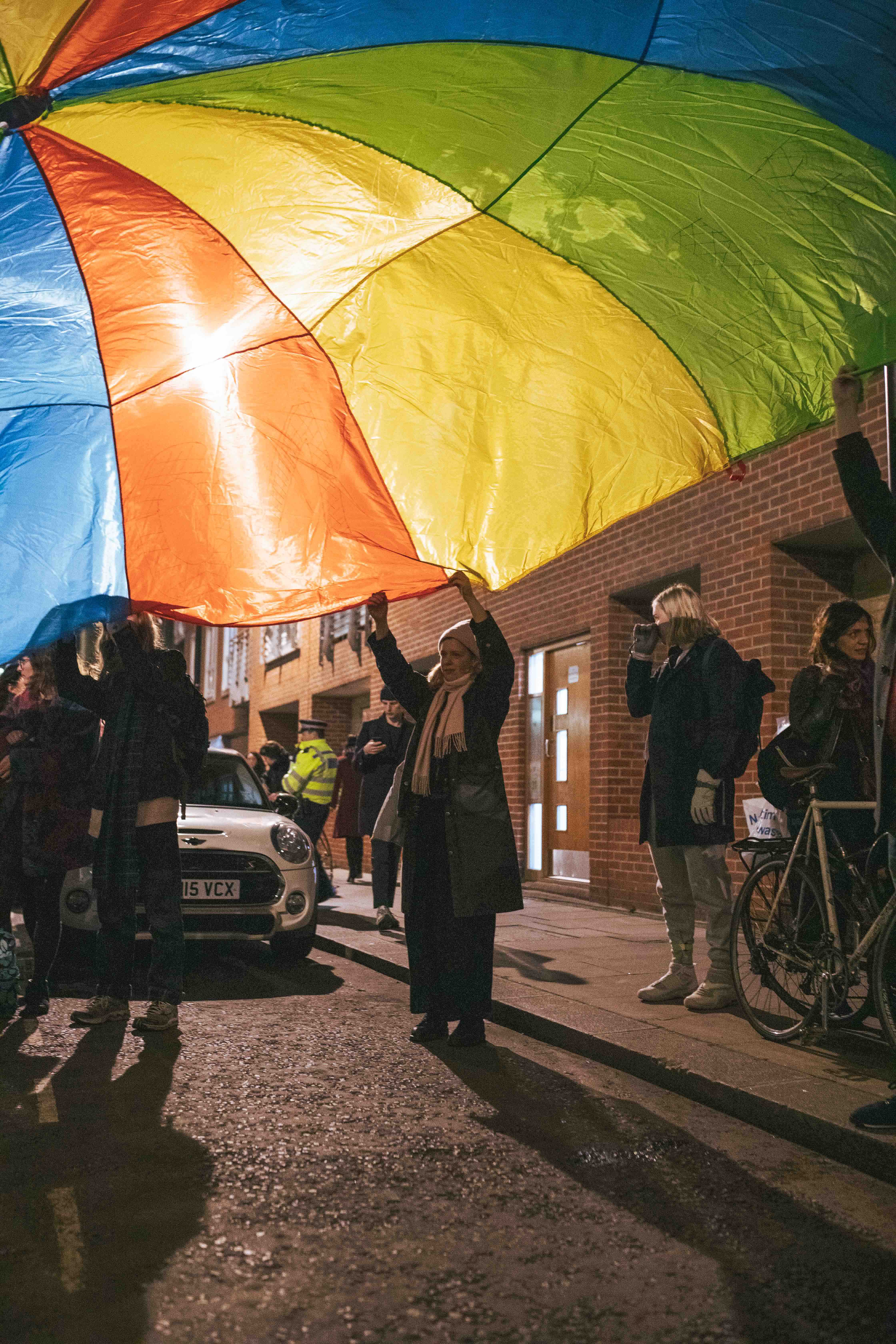 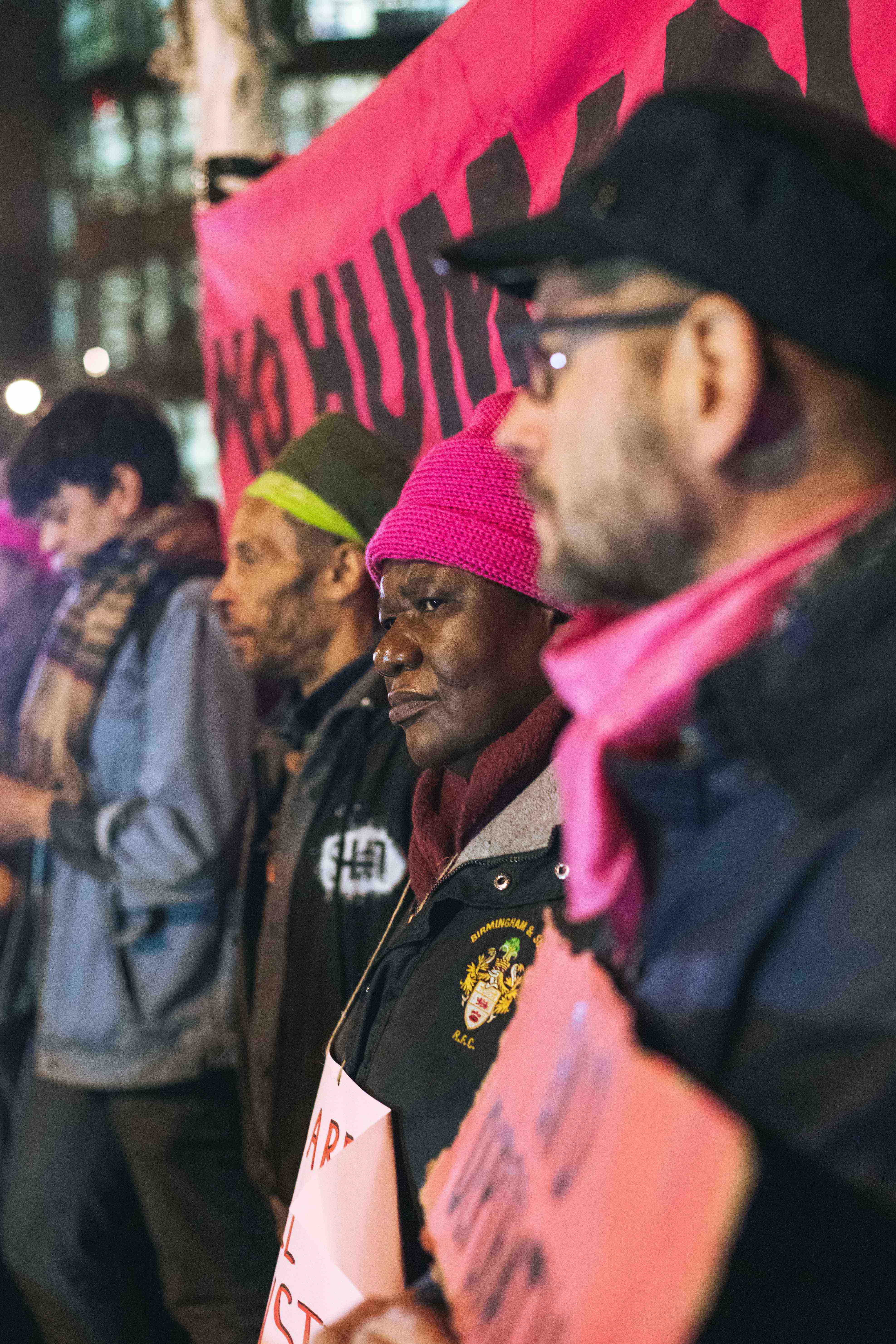 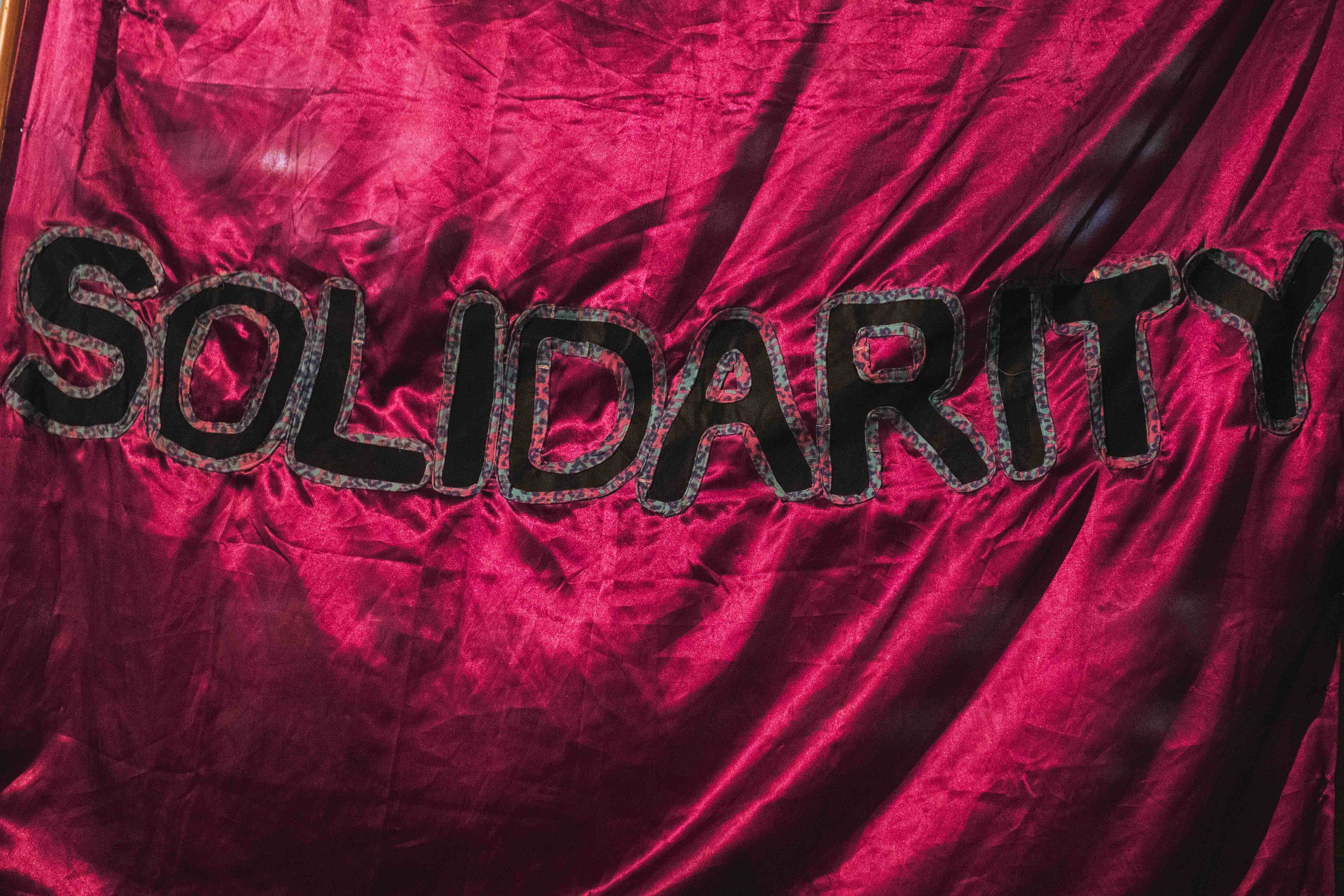 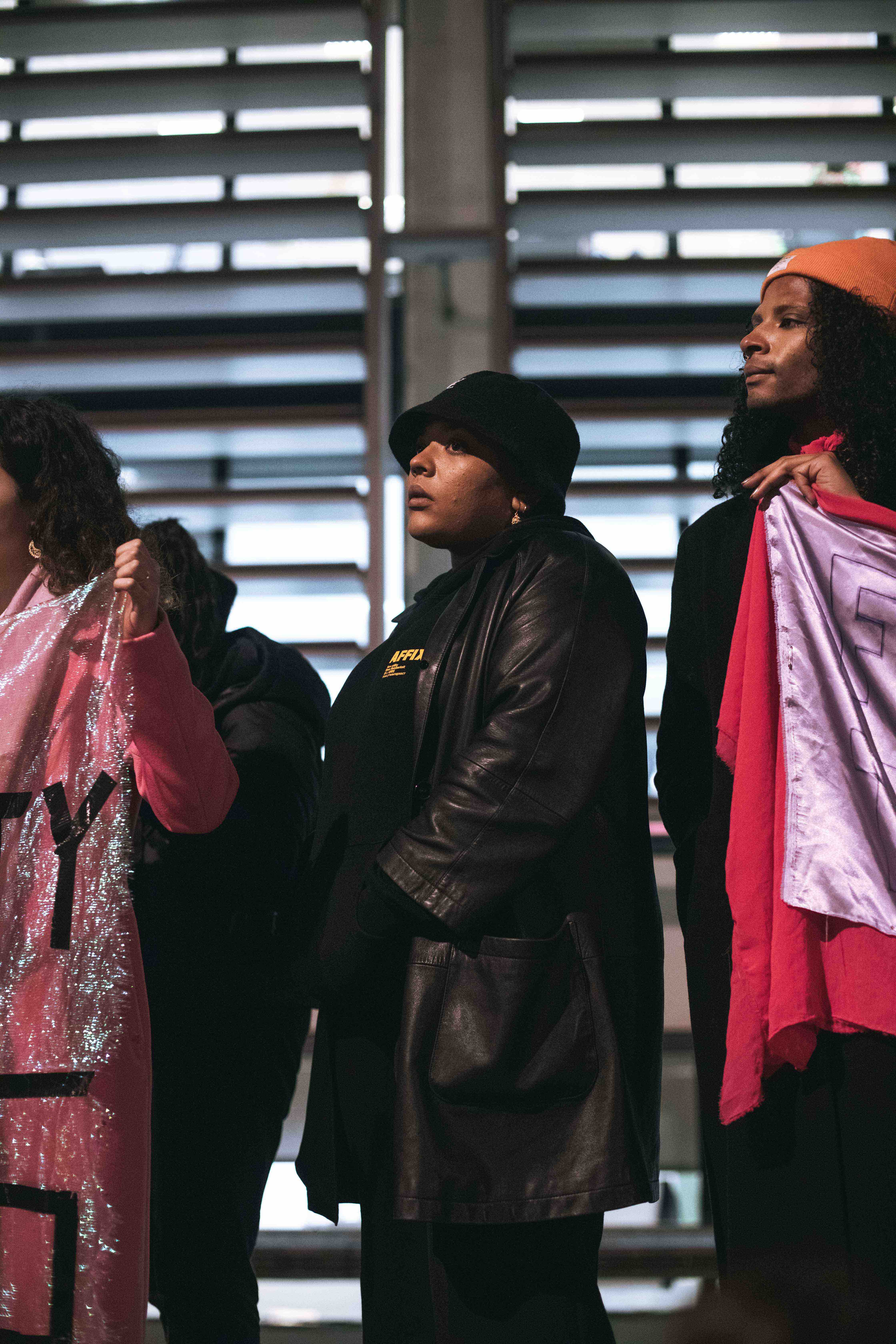 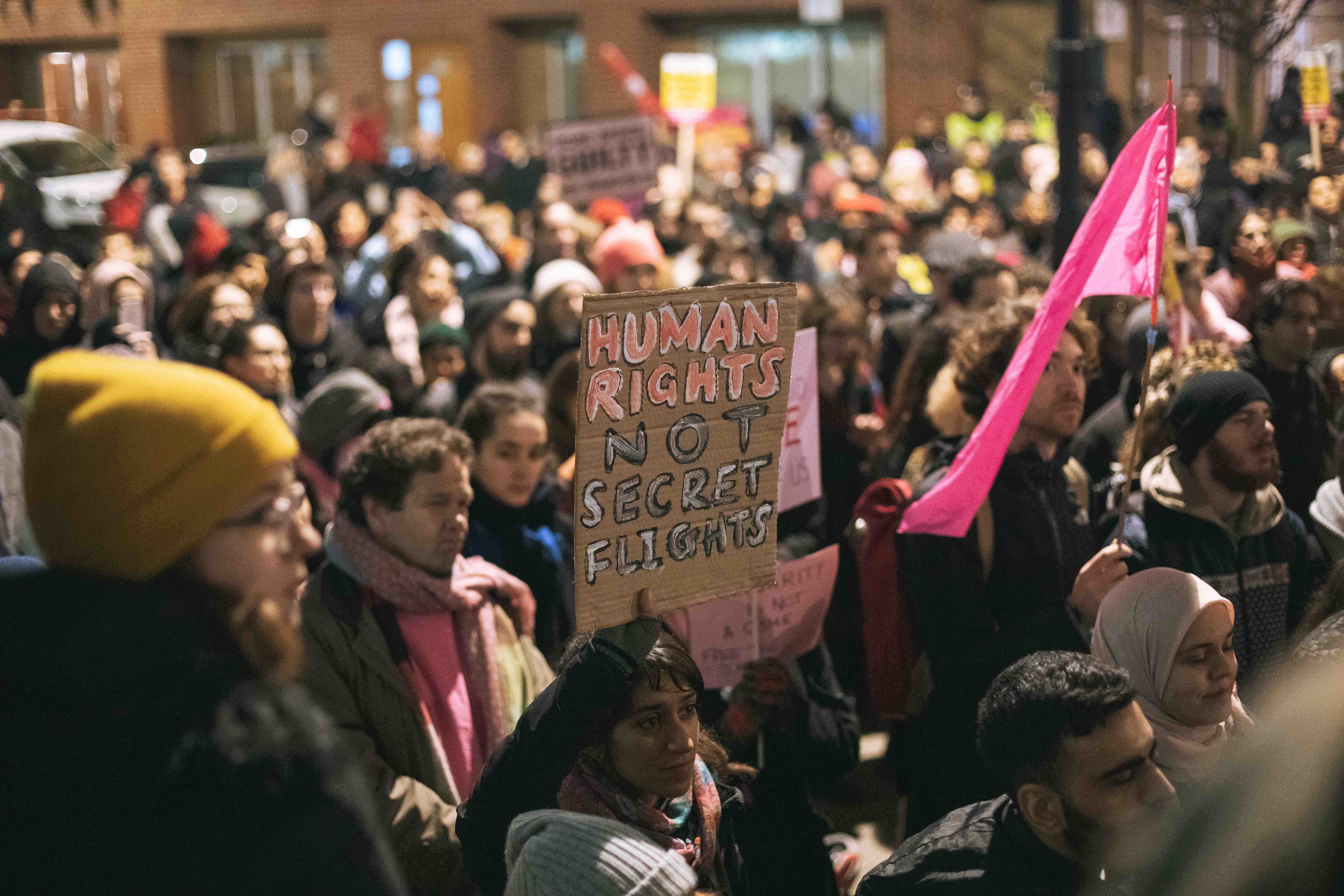 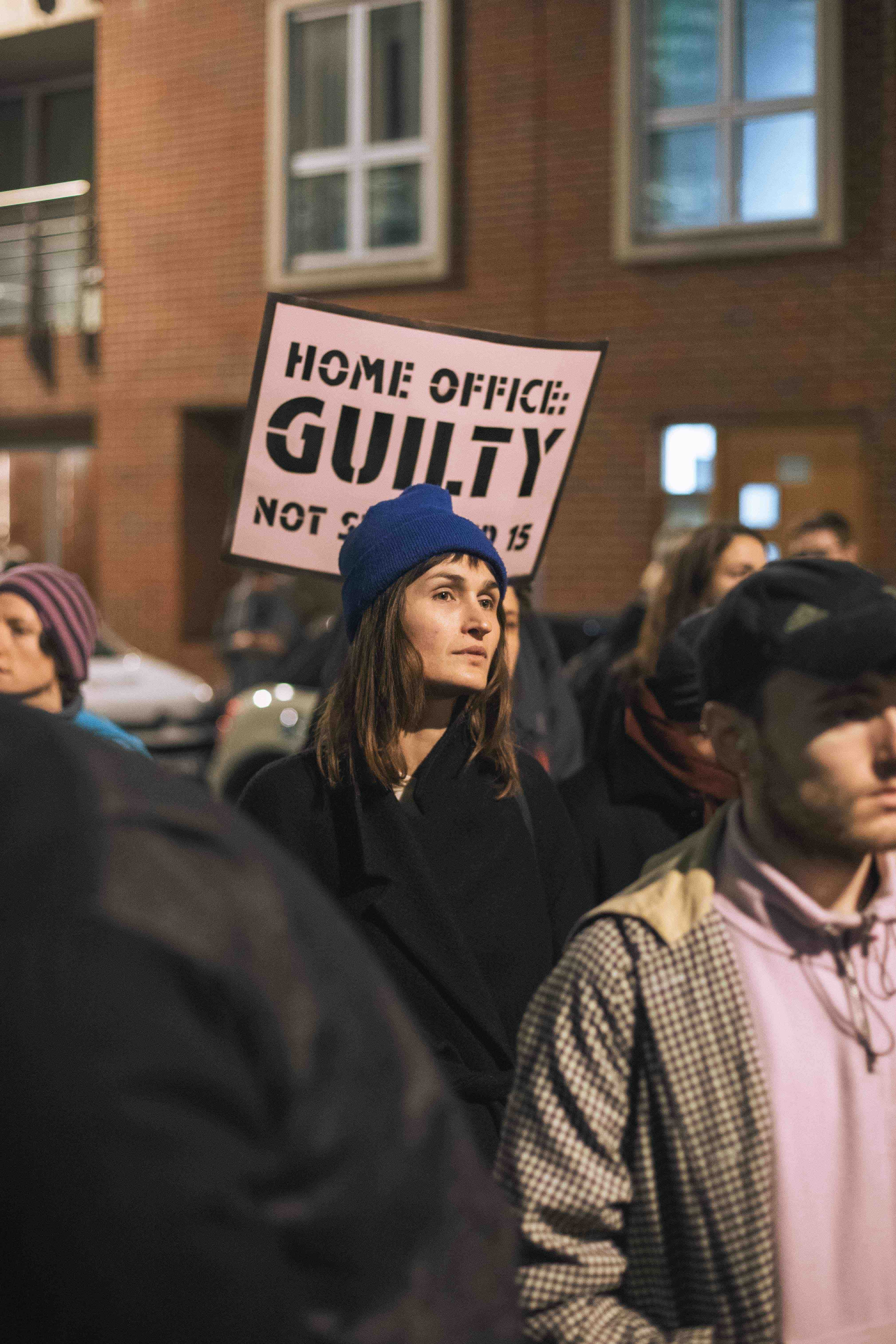 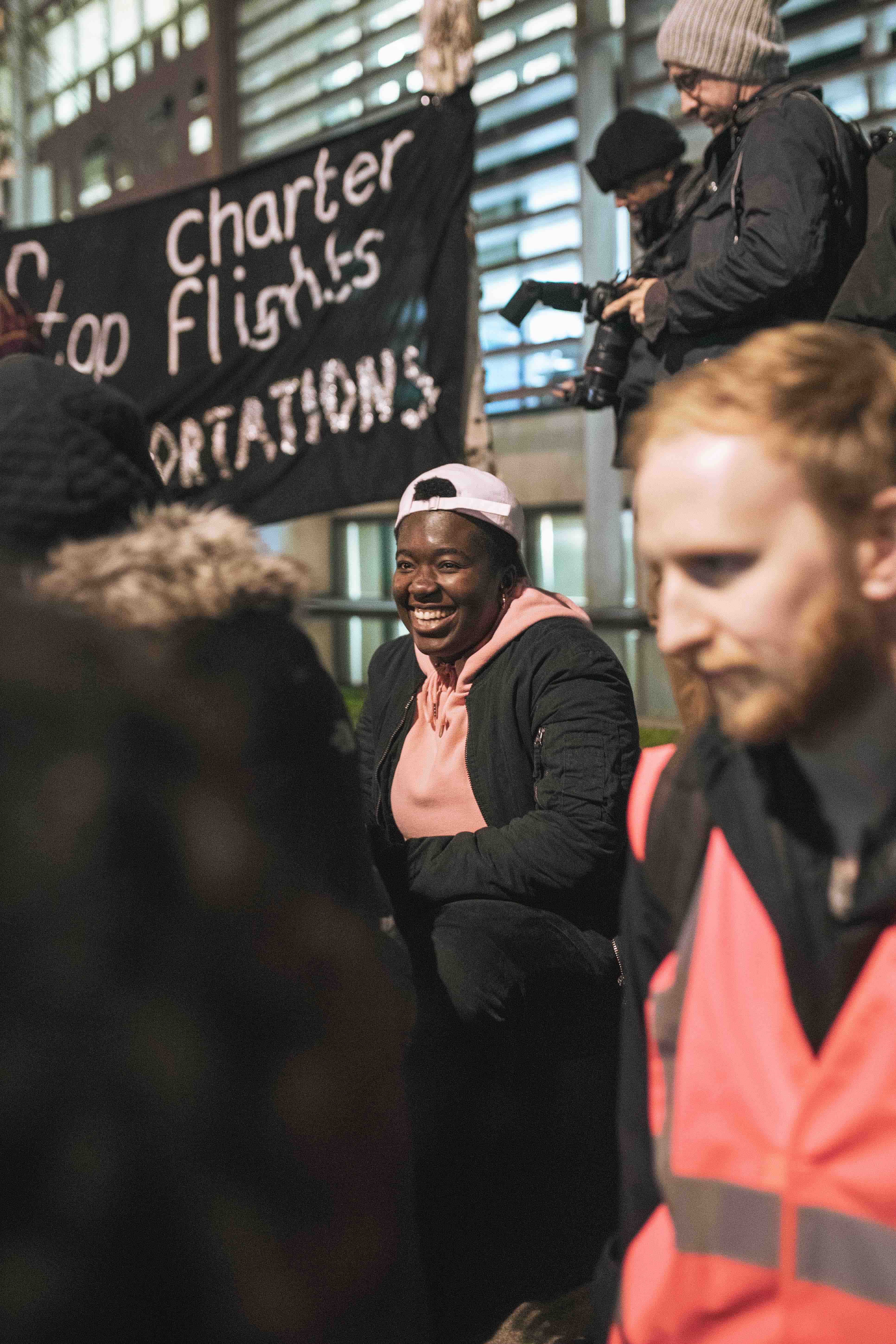 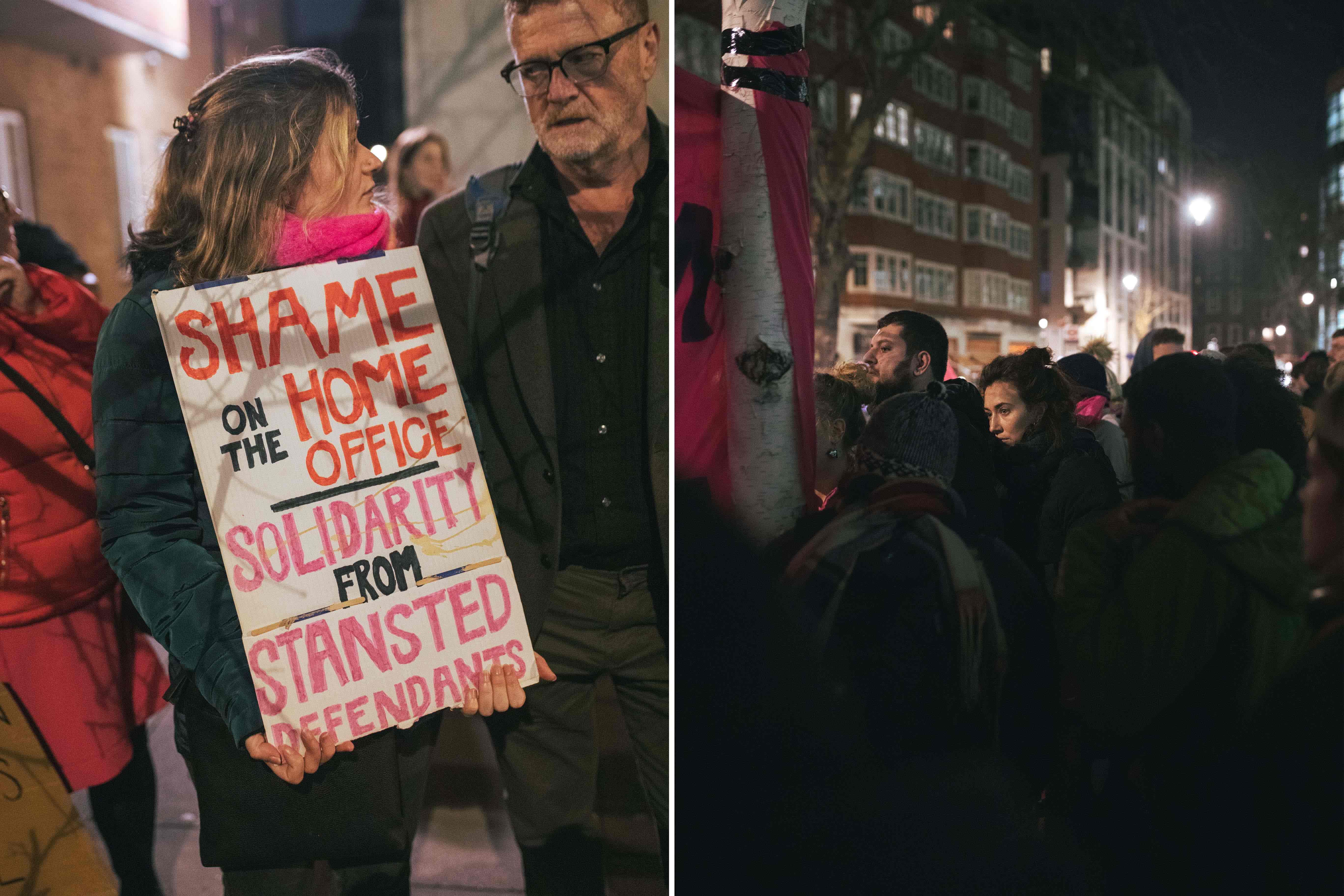 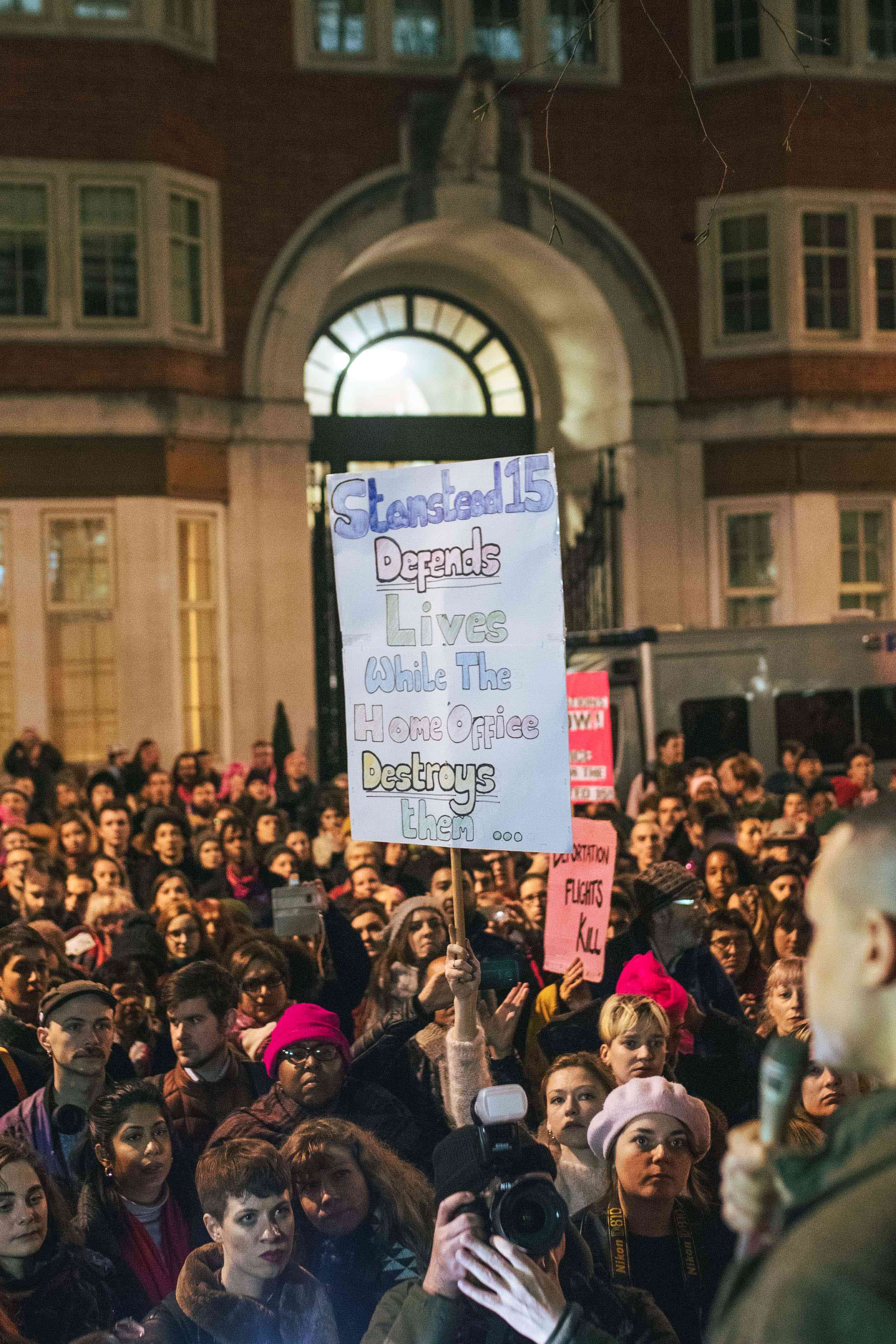 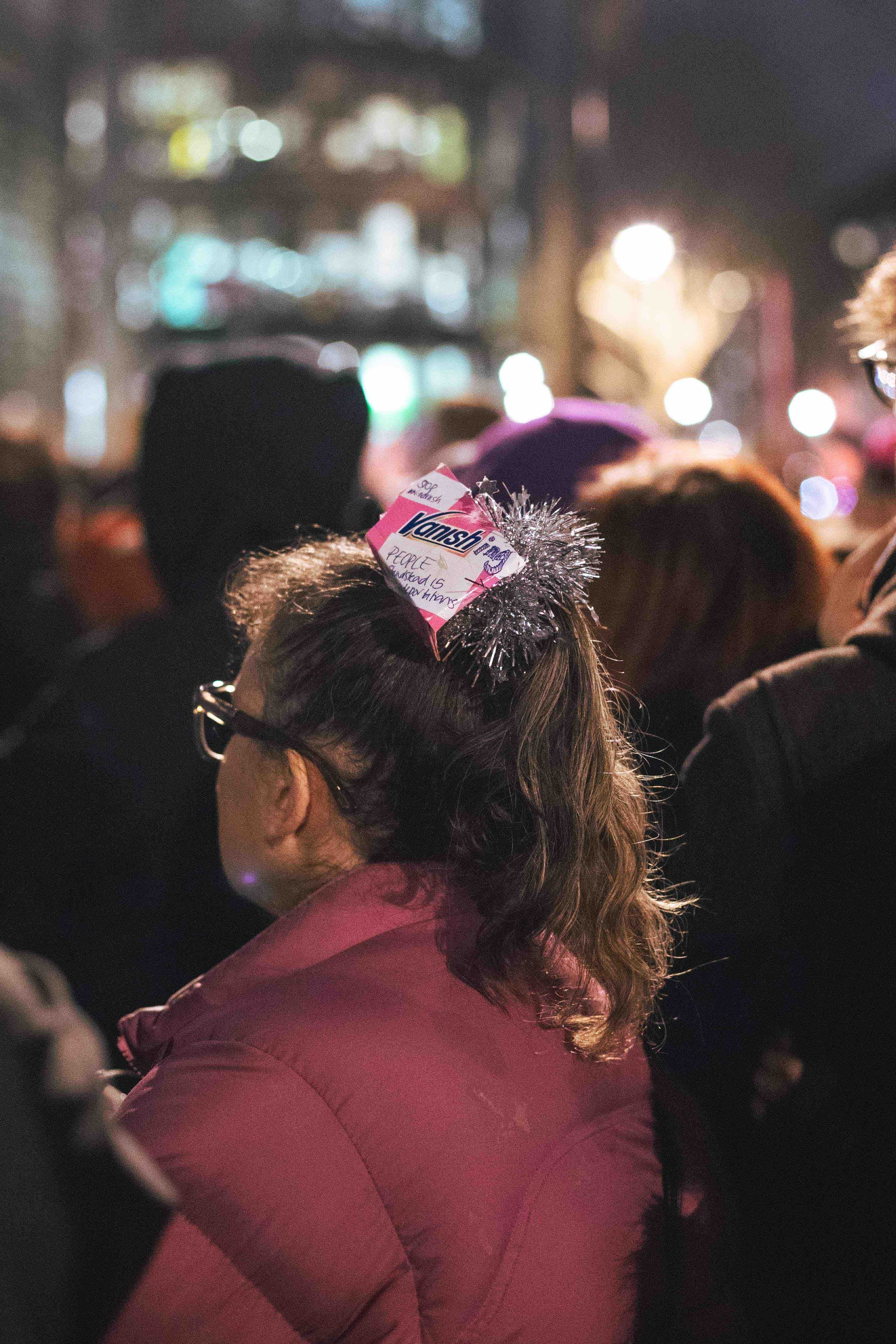 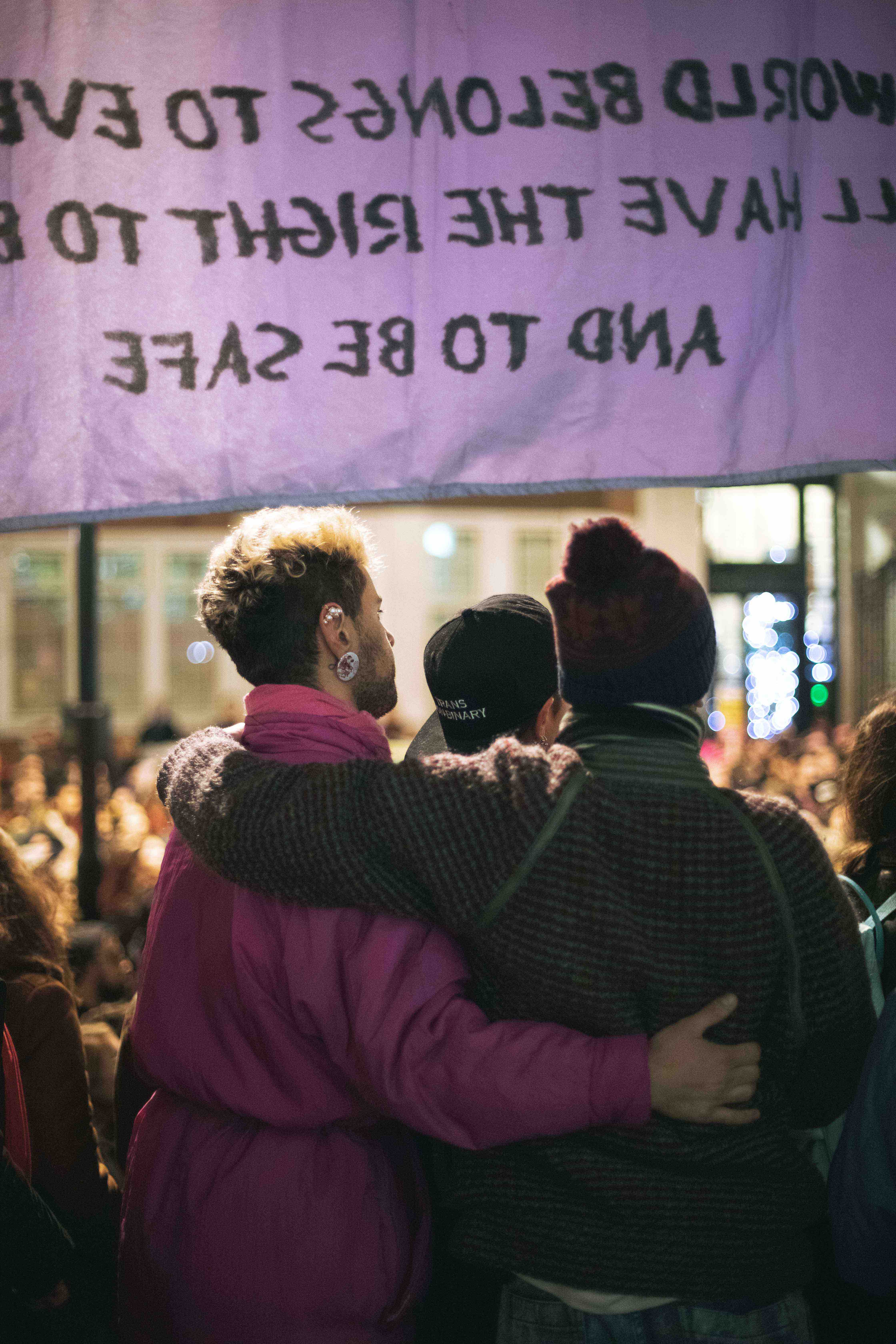 Linkedin
RELATED ARTICLES
OTHER ARTICLES
Wealth inequality and the rising cost of socialising is placing a strain on people’s relationships, reports Eve Upton-Clark.
50 years since its inception, and the campaign calling for recognition that capitalism depends on domestic labour is as pertinent as ever.
With inflation now at a 40-year-high of 9 per cent, demonstrations organised by TUC took place to demand action from the government.
The author discusses the all-consuming nature of heartbreak, and turning the experience into an incisive exploration of love and loss.
LGBTQ+ students are keeping the spirit of the original Pride alive by fighting for liberation for everyone, not just their community.
Photographer David Hoffman recalls documenting the extreme wealth inequality around Tower Hamlets and Hackney int the 1980s.