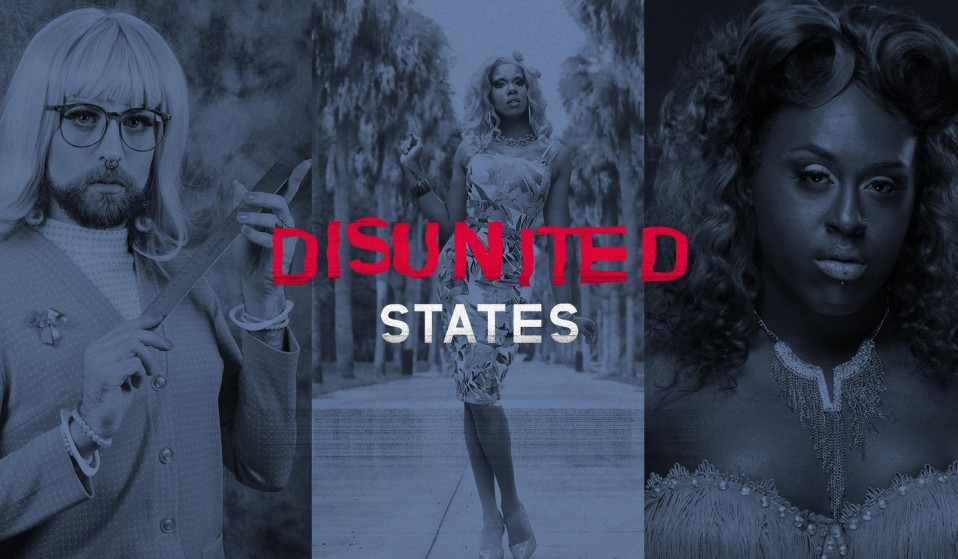 Donald Trump is hardly a cheerleader for LGBT rights, and Vice-President elect Mike Pence is a fan of gay conversion therapy. Backstage at one of Atlanta's queer bars, we meet some local queens to find out how they're feeling.

During any time of crisis, solace and support can often be found at home in our own communities. We look to those around us for support and guidance. When news broke of Trump’s now impending arrival at the White House, Atlanta’s queers were held up at Mary’s – a bar in East Atlanta Village – huddled together desperate for Trump to fail. What could be at stake for America’s LGBT community doesn’t bear thinking about. Then he won.

A few days later and I find myself in another one of Atlanta’s gay bars, Burkhart’s. A group of drag queens are performing down below: brandishing anti-Trump placards while losing their shit lip-synching to a song. It looked pretty cathartic.

The thing about Atlanta is that it’s a buzzing metropolis in the heart of the American South. LGBT people from all around flock here looking for community, love and acceptance. While others in the city might find respite with their families, it’s in the bars and clubs that queers find comfort from those like themselves.

A few hours later and I head into the dressing room to meet the queens performing at that night’s Tossed Salad, a weekly drag show that brings in punters from across the city. While dollar bills rained down on the queens just outside, I asked the girls how they were feeling in a post-Trump election world. 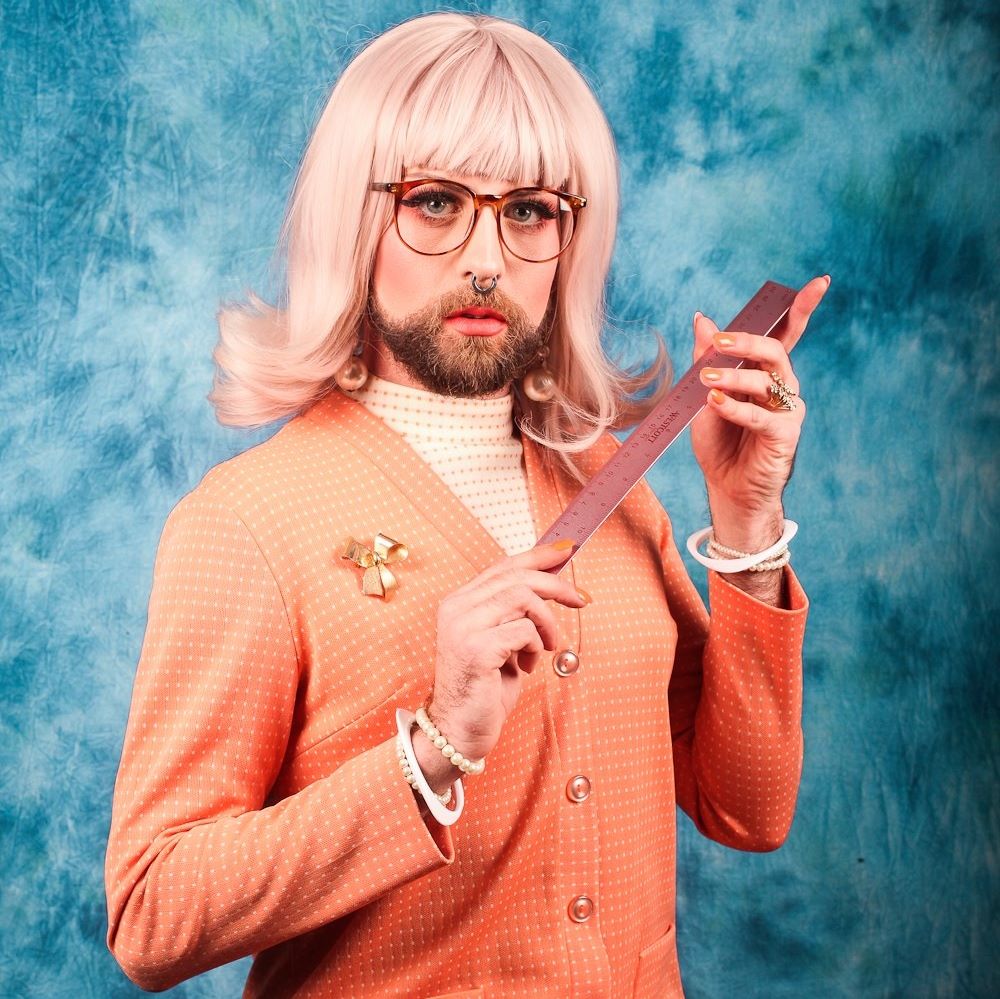 “I never really thought that would happen. It’s caused our whole community to fear. I don’t speak out a lot, but my queer friends, my friends of colour, are petrified.

“He wants to repeal much of what Obama has put through Congress and put in law: gay marriage? trans rights? I don’t trust him. The progression of the past eight years has been wonderful for queer and trans people. To me and a lot of my friends it’s scary to think a lot of that could be reversed.

“I grew up in a conservative religious household. I had to turn to my mum, and explain that she voted for a man – even if he doesn’t believe the things he said – who has used his platform to spread hate against me and my community. We as queer people need to band together, being seen is vital. We need to form not an army, but a group to confront his hate with love. Nothing will change if we don’t.” 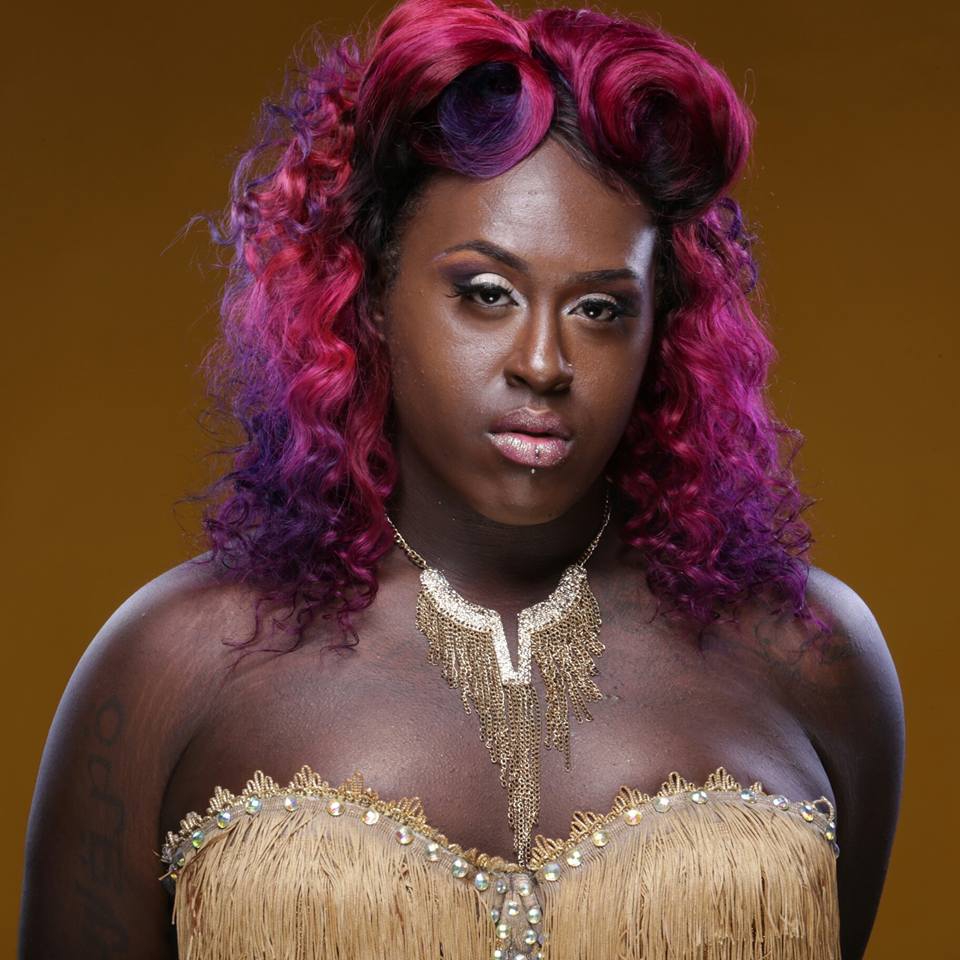 “I’m from Marietta Gerogia, but I’ve been a queen in Atlanta all my life. The election is huge, but to me? Me personally? It’s nothing different from the last past leaders. There might be a dramatic change though. I don’t know what, we all don’t know what, we have to sit back and wait. We’ve just got to keep pushing.

“Me as an African American out here, and a queen at that? It’s hard. I can’t let shit like this stop me. Life’s too short. Family is hard. I still stay with my people, they’ve got accustomed to me, but it’s hard. Hopefully things don’t change too much for the worse. You can let it stress you, consumer your life. We worry about the next day, the next person, live for ourselves and live for right now.” 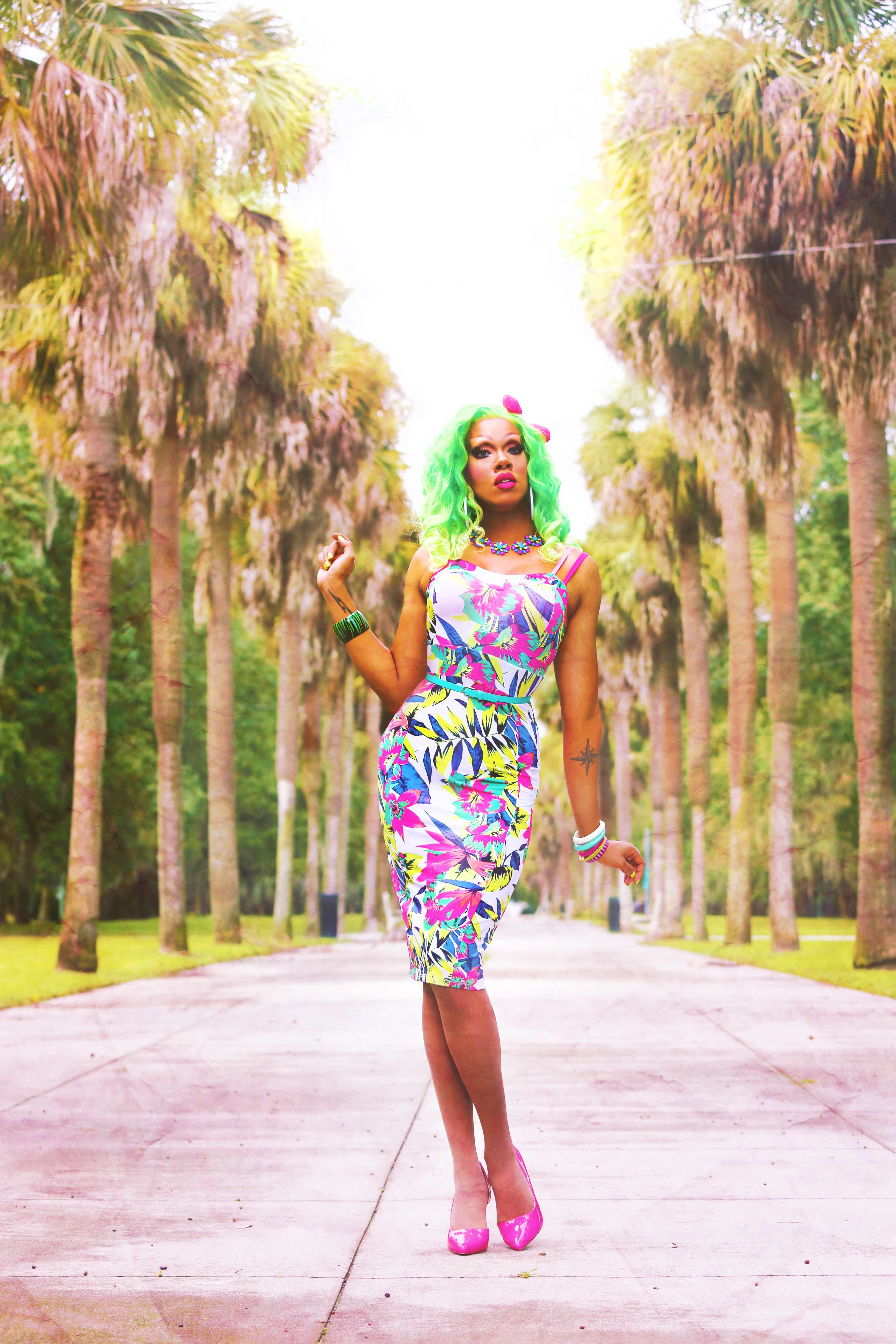 “I was at the results party at our local queer bar in East Atlanta. The room was cheerful but then instantly it went dark. It was a shift. People were angry, breaking bottles out side. Cursing, crying, screaming. It’s scary.

“I’m more worried now. I’m more worried about getting into an Uber now. I do a show, I come out in full drag, that’s what I do. Now I’m weary about getting into a strange car. I was online the day after the election, and a friend posted on Facebook that in Savannah, here in Georgia, there were Klansmen driving down the main shopping street in full robes in broad daylight. They were just fucking cruising, like it was okay. It’s terrifying.

“We’ve still got to keep living out lives, doing what we do. Hoping that we can at least touch one person who wasn’t on our side before, change their mind about something.

“We’re scared of our rights being taken away, his hate-mongering supporters think they have the right to be as rude, ignorant and violent as they want to be. We’re still drag queens, we’re still here, we aren’t going any-fucking-where.” 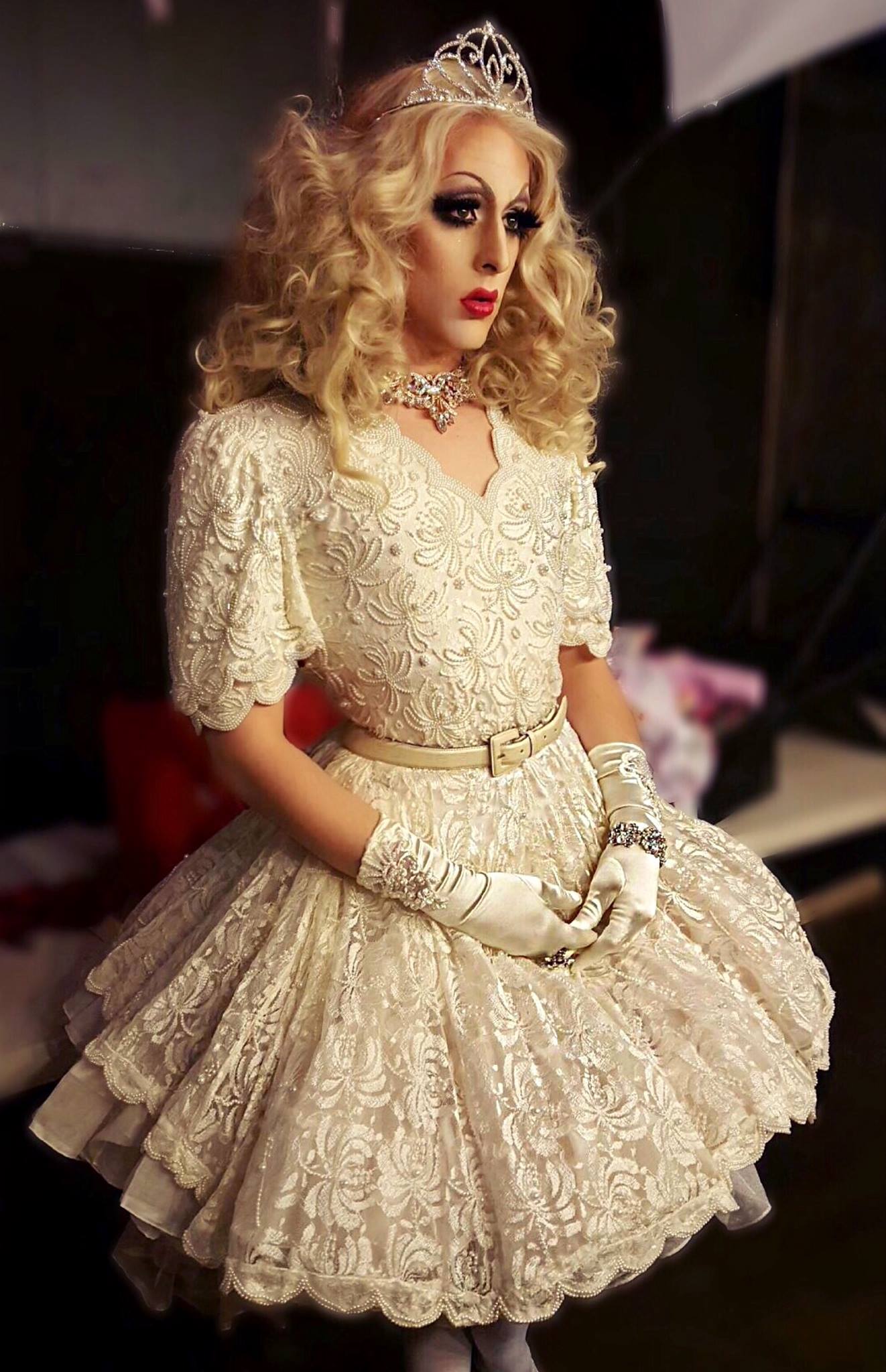 “It’s kinda sad. We thought this was going to be an epic fucking milestone, and then all of a sudden it turns really, really sour. Your job as an entertainer is to bring smiles to people’s faces, but it comes up on the mic a lot at shows that I’m hosting. It has done for the last few weeks. People keep bringing it up, but I’m trying to push forward, to be positive.

“It says a lot about the result. We need to keep talking, it’s not just a loss that we can put behind us.

“I’m fearful, especially after the Pulse massacre. Being a queen in the queer community you work in these safe havens. You see people from all different places, all different walks of life. Atlanta is a hub for queer people in the south: we welcome people who weren’t accepted in Kentucky, in Alabama, wherever they’re from.

“They’ll take a job as a barista in Starbucks, whatever they can find, and come to these bars with whatever coin they have to escape. As an entertainer you try to take their minds off of all these woes. Throughout this campaign Trump hounded us: women, queers, people of colour, immigrants. You know it’s just very fucking sad.

“Mike Pence is not a fun guy. I’m nervous about conversation therapy coming back on to the radar. I thought we were on the way out with that, with Obama and gay marriage. I come from a very conservative military family, but I’m accepted. It’s been a process, but I’m one of the blessed ones. Some people come from really messed up families, and here we house beautiful people from all walks of life. It breaks my heart, it really does.”

Huck’s News Editor Michael Segalov will be on the ground in Atlanta over the coming days. Keep track of his progress as he asks where America goes from here. And if you’re in Atlanta and want to share your story, please get in touch.

Linkedin
RELATED ARTICLES
OTHER ARTICLES
The action took place in response to the 200 asylum-seeking children who were placed in hotels run by the Home Office who have gone missing.
Since 2007, Gideon Mendel has made 20 trips to document floods in 13 countries. The result is an alarming record of what has already been lost to the climate emergency.
Tristan O’Neill’s shots of dancers caught in moments of reverie at the height of rave’s golden age are a testament to the UK’s legendary club culture.
Filmmaker Laura Poitras discusses her new documentary which traces the remarkable life of the artist-activist and the impact of her battle against the US opioid crisis.
After building his reputation covering the US civil rights movement in the 1960s, the photographer went on to produce some of the most enduring images of the past century.
David 'Dee' Delgado’s photo project is about honouring and uplifting the city of his youth, and a world rapidly disappearing under the relentless onslaught of gentrification.