News & Politics / The climber who conquered the cliff that paralysed him

After an accident while attempting to ascend the notorious sheer faced Totem Pole climb 18 years ago, Paul Pritchard was told he would never climb again. But last year he returned to Tasmania determined to conquer the climb that paralysed him.

“For me, climbing isn’t about being first”, Paul Pritchard tells me down the phone. “It’s about creating something, much like a dance.” Paul says that in his eyes, there’s a meditative aspect of climbing that puts you straight into the here and now, “you’ve got to be present as soon as you step off the ground.”

Anyone who’s caught the climbing bug knows how the sport becomes integral to the way you see the world, but Paul’s is a life that’s been defined by the often dangerous sport.

Some 18 years ago Paul attempted to climb the sheer faced Totem Pole in Tasmania, a climbers paradise, but an accident on the coastal rock saw him paralysed. Lucky to survive, it seemed as though Paul would never climb again. But nearly two decades years after the incident, Paul did the unthinkable and returned to conquer the sea slate that paralysed the right side of his body.

I speak to Paul while he’s visiting family in Bolton, England, but today his home is very much in Tasmania. It was here in England that his passion for free-climbing began back in secondary school, when a physics teacher took their class to climb a quarry close to where they lived. 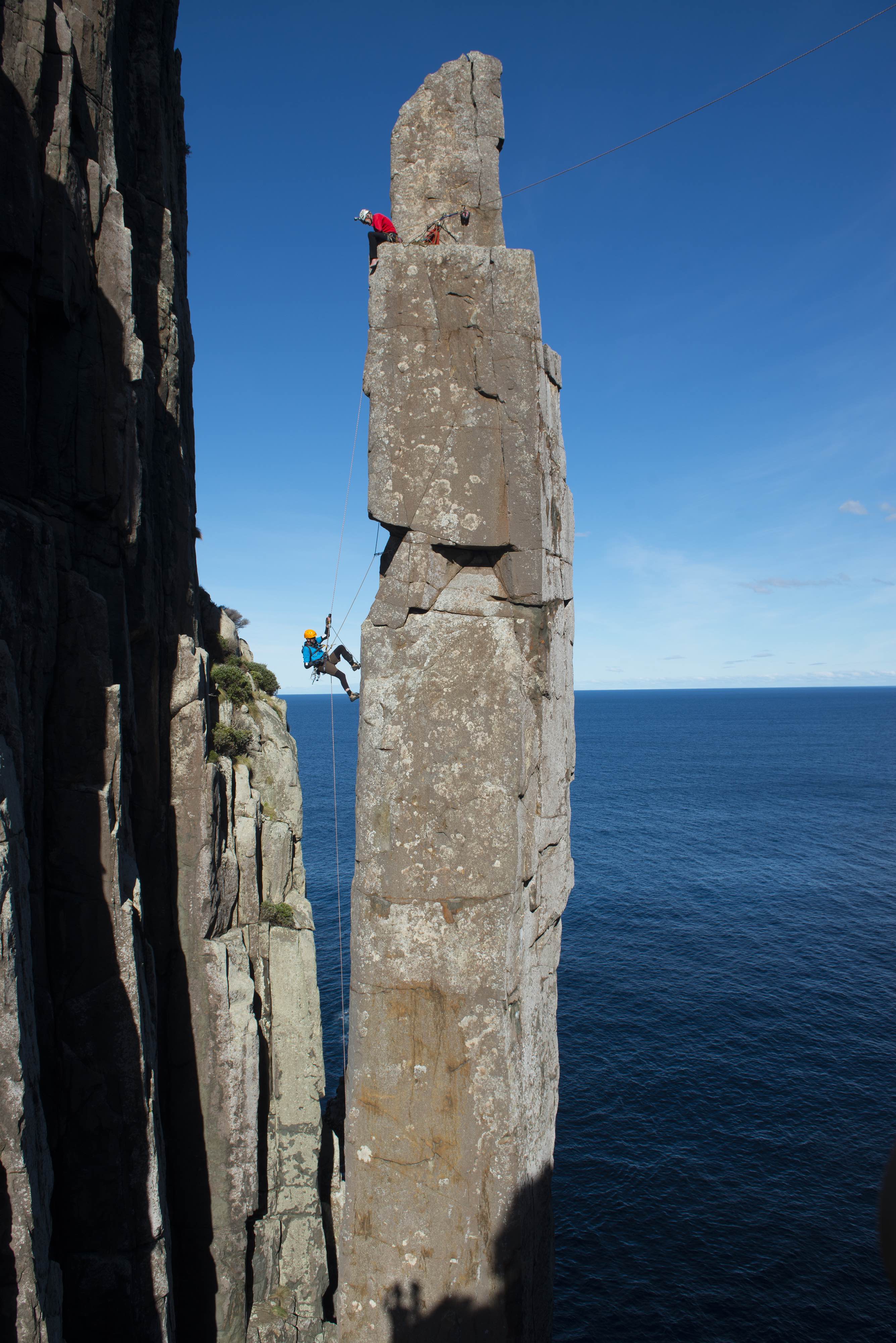 “At school I was rubbish at team sports”, Paul says, “but when I climbed I found it came really easily to me – for the first time I was good at something.”

From that first climb he became enthralled by the sport; travelling the world on expeditions to Patagonia, Pakistan and Kyrgyzstan searching for spots where other climbers hadn’t yet gone.

It was this drive to find a worthy obstacle that led him to the Totem Pole, a gigantic 70 x 4 metre sea slate off the coast of Tasmania. From the moment he saw it, Paul tells me he knew he was destined to attempt it.

“I remember seeing a double-page spread of the slate in High magazine; it was the most slender piece of rock I had ever seen,” Paul recalls. “I think that any serious climber would just be mad if they didn’t want to climb it!”

It was on 13 February 1998 that Paul undertook the climb, but as he was preparing to ascend from the base of the slate, he swung around the rock face and was struck by a falling boulder, leaving him unconscious.

“The next thing I remember was coming to and hanging upside-down with blood pissing into the sea,” Paul says. “Celia, my partner at the time, had to get me upright before climbing 30 metres back up the ledge.” 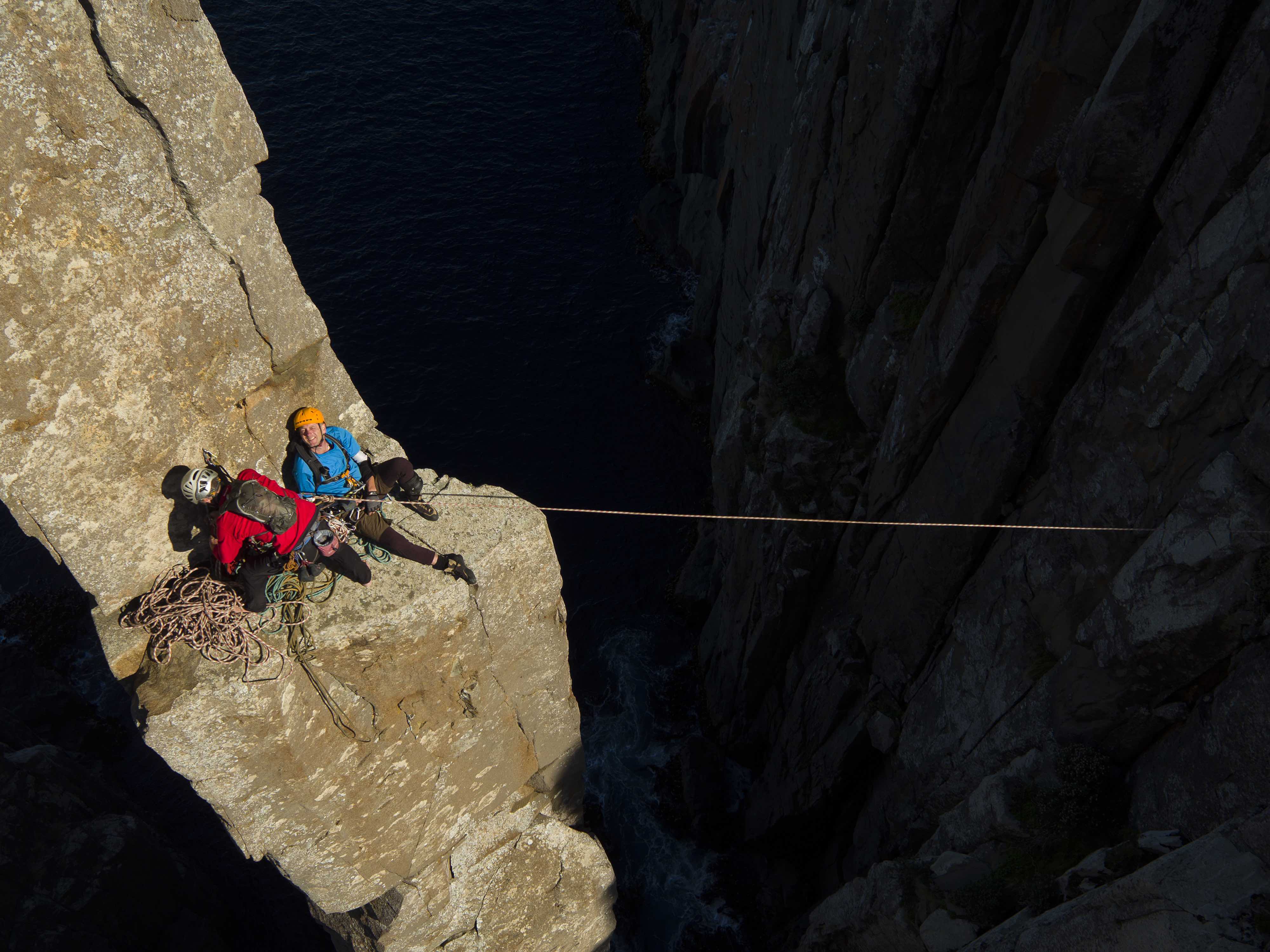 Eventually, she got him up on the ledge, but she then had to run 8 kilometres to get help, leaving Paul stranded and alone for seven long hours. After losing half of his blood, Paul was rescued by paramedics and flown to the Royal Hobart Hospital, where he remained in coma for eight days.

The accident left Paul with Hemiplegia, a condition that robbed him of movement and feeling in the right side of his body, severely affecting his speech and memory too. It wasn’t just the scars that hurt him though, it was the thought of never climbing again.

“I sold all my gear and burst into tears when someone came to pick it up”, Paul says quietly. “I had a whole room filled with expedition gear.”

During the long and arduous recovery process at the Clatterbridge Hospital near Liverpool, Paul found solace in writing. He penned his second book, Totem Pole, while in recovery – an account of his accident and the healing process that followed.

“It was either write a book or just lie in the day room watching reruns of The Bold and the Beautiful,” Paul laughs. “Writing my book aided my recovery in two ways; not only was it cathartic going over my trauma, but also just the process of using words again was extremely helpful.”

Despite what was thrown at him, Paul’s determination never faded. Yes, half his body might now be paralysed, but soon Paul was back on expeditions, taking on giants like Kilimanjaro. Despite all this, his dream of making it up the Totem Pole never faded.

“I’d constantly make the pilgrimage to the slate,” says Paul. “And four years ago I started having this mad desire to go and climb it again.”

And that’s exactly what he did. In April last year Paul returned to the slate to finish what he started. 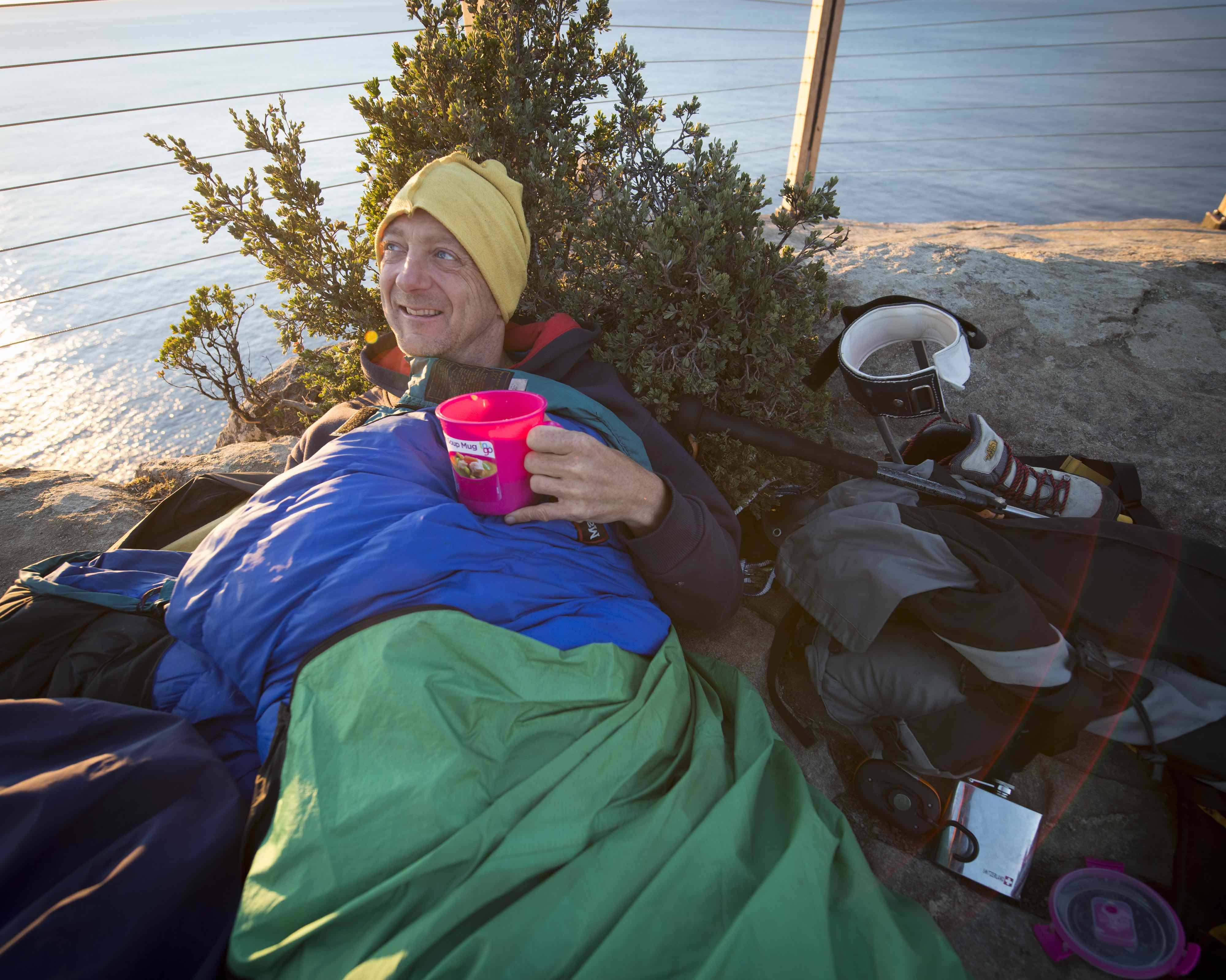 “People did write me off,” Paul says matter-of-factly. “My sponsors even dropped me because I was a basket case as far as they were concerned.” But against all the odds Paul began his ascent of the Totem Pole, and made it to the top.

“Beforehand I was terrified,” Paul says proudly, “but as soon as I clipped onto that rope all the fear melted from me and I was thinking more mechanically.”

“It was vital for me to show the world that disabled doesn’t mean unable,” Paul tells me. “Everyone, disabled or not, is capable of extraordinary things. But I don’t think disabled people are given the chance – they’re either looked at as charity-cases or super-humans, but we’re just ordinary people.”

“The biggest lesson I’ve learnt from climbing is acceptance.” Paul says now. “I’ve had to deal with so much in my life, and I’ve had to accept it or just fall in a heap. But consequently, this acceptance has made me see my injury as the best thing that ever happened to me – its made me transcend all this material bullshit. I still have my worries, don’t get me wrong, but to give up wasn’t an option.”

“Climbing isn’t like other extreme sports; it’s much more cerebral. But it’s still driven by passion, and it is that passion that taught me determination and persistence. We all get scared, but to do it scared liberates you and means that you’re truly free.”

Doing it Scared is being screened at the BANFF Mountain Film Festival World Tour, starting 25 January 2016.

Linkedin
RELATED ARTICLES
OTHER ARTICLES
Photographer Becky Tyrell went down to the fading banger and stock raceway to meet a community desperate to keep it alive.
AI companies that develop image-generators using copyrighted artwork from the internet are coming under fire from artists who say that it amounts to theft.
A new exhibitions brings together the work of photographers who documented the deep unrest of these pivotal decades.
A recent High Court ruling against the right to wild camp in Dartmoor National Park sparked the largest land protest in history – and campaigners say their fight is not over yet.
Tristan O’Neill’s shots of dancers caught in moments of reverie at the height of rave’s golden age are a testament to the UK’s legendary club culture.
Activists and campaigners are fighting back against new laws that would seriously undermine the ability to take industrial action, calling it an attack on fundamental workers' rights.