News & Politics / Could cryptocurrency help the fight for Palestinian liberation? 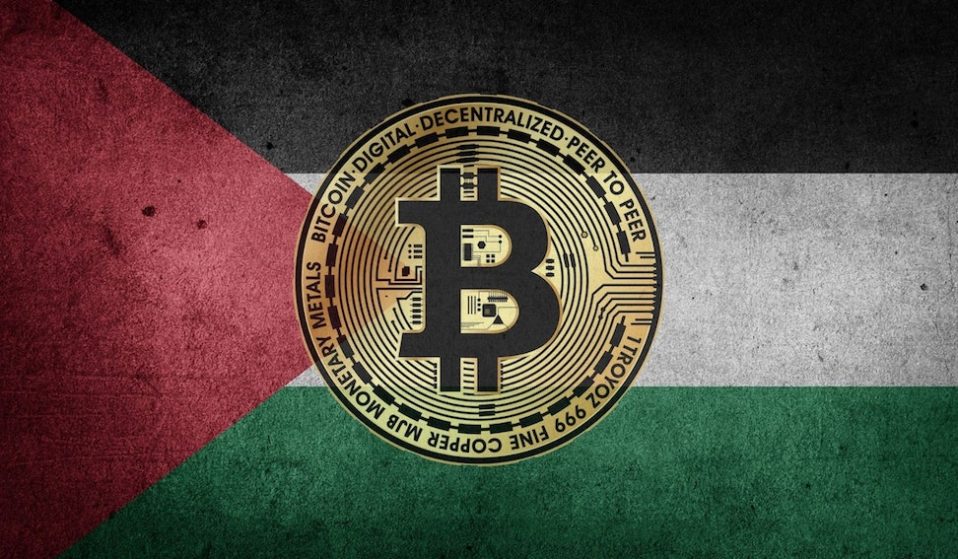 With Israeli restrictions continuing to weaken the Palestinian economy, people are taking to crypto as a way of getting around some of these barriers.

With Israeli restrictions continuing to weaken the Palestinian economy, people are taking to crypto as a way of getting around some of these barriers.

During Israel’s bombardment of Gaza in May last year, Kareem*, a Palestinian citizen living in the strip, saw his shoe shop destroyed by Israeli airstrikes. For a while, Kareem feared he’d be unable to feed or clothe his family ever again. “It was complete dire a situation my family and I lived through,” he recalls.

After a fraught period, Kareem’s fortunes changed when a friend suggested he look into Bitcoin. After teaching himself about crypto through platforms like YouTube, Kareem has since managed to make a living investing in Bitcoin and selling shoes online, receiving the payments in crypto. “I was beyond surprised and happy,” he says, “finally, I could stand on my feet again.”

Despite having no prior understanding of Bitcoin, it is now his one and only source of income in the besieged area. As Kareem puts it: “He who has a source of income in Gaza is blessed and lucky for how unbearable our livelihoods are under a suppressive air and land siege.”

Israeli authorities continue to enforce severe and discriminatory restrictions on human rights, the movement of people, and the economy in Palestine. Seven decades of suppression have deprived Palestinians of access to clean drinking water, electricity, healthcare, along with educational and economic opportunities.

The Paris Protocol of 1994, signed by Israel and the Palestinian Liberation Organization, aimed to achieve positive changes in the Palestinian economy, and vested the Palestinian Monetary Authority with the powers of a central bank, but without the ability to issue banknotes. Three decades later, Palestine is still subject to an Israeli military rule, economically and monetarily remaining completely reliant on the Israeli shekel.

In the besieged Gaza Strip, unemployment is at over 45 per cent. Many Palestinians are desperately fleeing the collapsing economy of both private and governmental sectors and turning to online freelance work as a means of survival. And now, like Kareem, a growing number of Palestinians are taking to digital currencies to evade Israeli monetary limitations.

With Israel's blockade, Gaza has one of the highest unemployment rates in the world. pic.twitter.com/uJApja0VpY

Bitcoin allows users to conduct independent peer-to-peer transactions without an intermediary and is censorship-resistant. It enables encrypted security for the traders, given no third parties are needed. When any sort of intervention takes place, it can be monitored, and the money can be easily tracked down through the blockchain – a system in which a record of transactions made in Bitcoin or another cryptocurrency is maintained. Bitcoin is not a centralised currency over which the Israeli banks can take control, neither limit nor track, which can help create a safe space for freelance workers.

For decades, Israel has enforced limitations on how much money – Israeli shekels – Palestinian banks in the Gaza Strip and across Palestine can transfer back into Israel monthly. In return, Palestinian banks often need to borrow money to cover foreign exchange payments to third parties, and are stuck with a glut of Israeli banknotes.

The Palestinian economy, already weakened enough, is constrained significantly by Israeli limitations on the free flow of goods and cash, and is heavily dependent on donor money and remittances from Israel. For some, the use of cryptocurrency allows for opportunities outside of Israel’s crippling restrictions, and can assist in cross-border job market creation.

Much of the information available about cryptocurrency and digital currency in Palestine, however, remains theoretical. In practice, there are benefits and complications that exist for crypto users and the possibilities for its use in the Palestinian context.

Lina*, a Palestinian Bitcoin specialist, sees crypto as the path forward. “Bitcoin is a decentralised protocol that would give birth to many job market possibilities for Palestinians in the Gaza Strip, with less online work restrictions by Israeli monetary embargos,” she says. “Bitcoin is safe, secure, unbreakable, and it is a matter of time before it becomes an online refuge for an unprecedented number of Palestinian online workers.”

Sami*, a Palestinian man working in the cryptocurrency industry, agrees that crypto holds huge potential for Palestinians. “Cryptocurrency is the only way I see that true freedom can be achieved,” he says. “That is why I dedicate my effort to helping build the industry and educating people about it for free in my home.”

But while crypto is being embraced by Palestinians in the Gaza Strip, economically speaking, Palestine is forced to use the Israeli shekel as the main currency (though Palestinians are capable of cashing out US dollar, JD, and Euro as effective options). Palestinians can’t upload their shekels, US dollars, or Jordanian dinars into online crypto exchanges, since none of them operate with local banks in Palestine.

These restrictions on access and options make the use of cryptocurrency in practice much more difficult. It’s something Sami acknowledges: “When people want to cash out their crypto for money in Palestine, how will they do that?” he says. “They need to have an over-the-counter exchange that is willing to work with local banks – where people can own their cryptocurrency on a decentralised exchange and yet where Israel can’t track, neither monitor nor limit.” This means that in Gaza, when Palestinians want to withdraw their crypto, they have to send the Bitcoin to someone outside of the strip who can exchange it with their local money and then send it back to Gaza through either Western bank accounts, Moneygram or Paypal.

These barriers to crypto are compounded by the shortage of access to smartphones, and the fact that very few have technical knowledge of crypto and online payment options. And, even if crypto money is boldly adopted, Israel would continue to control all the way-ins to the Palestinian economy, movements of imports and exports, and withholding tax clearance funds.

Palestine suffers a complex financial and political reliance on Israel as the main issue, rather than money or currency itself. No matter how promising both official and individual efforts are to avail a better economical environment in Palestine, they would still lay under commercial deals restrictions with neighbouring countries, or transport goods through Israeli ports.

“From an analytical viewpoint, Israel would never allow Palestinians to easily access sources of online income payments,” says Al-Shabaka policy analyst Tariq Dana. “However, Bitcoin, and other forms of cryptocurrencies, can smash the boundaries of the Israeli limitations – economically speaking.”

Economists suggest reducing trade volume with Israel and developing new trade relations with congenial countries. Israel’s software development infrastructure, cybersecurity, and local talent, however, are undeniably advanced compared to those of Palestine. Although Palestine would succeed in developing a cryptocurrency, the risks of major hacks by outside forces will always be present.

The recent widespread adoption of online payments by the Palestinians has pushed a considerable effort by the government (the Palestinian Authority) to navigate new solutions for the Israeli finance restrictions. “For partial economic reliance [on Israel], a collective strategy is necessary, at least for a symbolic backlash to the drastic economic circumstances Palestinians have endured for so long under Israel’s rule,” says Tariq.

Palestine is not the first to respond with cryptocurrency as a refuge from economic sanctions and oppressive financial systems. Cuba, El Salvador, Venezuela, Central Africa Republic, Iran, and Zimbabwe were predecessors to view Bitcoin and cryptocurrency as a means of survival. In these countries, Bitcoin is now adopted by hundreds of businesses, and hundreds of thousands of individuals. There is now a possibility for Palestinians – along with any other vulnerable population, whether trapped by foreign occupation, domestic authoritarianism, a collapsing economy, or a structural lack of opportunity – to adopt Bitcoin as a new currency.

But for crypto to lead to monetary freedom, in Palestine as well as any other country, a favourable economic environment and a sophisticated strategy are desperately needed. What’s clear is that education and awareness are vital if crypto is to become a widespread means of Palestinian economic resistance in the Gaza Strip and beyond.

Linkedin
OTHER ARTICLES
With the virus now a global health emergency, we must take steps to fight misinformation and demand a swift UK-wide vaccine roll out, writes Phil Samba.
With the UK now set to run out of vaccines, people working in the sex industry – particularly outside of major cities – have been left especially vulnerable, reports Brit Dawson.
A new series of photos by Johny Pitts shines a light on communities and subcultures that have all too often been overlooked.
Photographer Bud Glick recounts documenting everyday life in the area, and what it taught him about the Chinese immigrant experience.
Photojournalist Fiora Garenzi spoke with people still living in Eastern Ukraine, an area which seen some of the heaviest fighting since the war began.
Yesterday, rail workers came together to protest poor pay, working conditions and job cuts in their latest round of strikes.