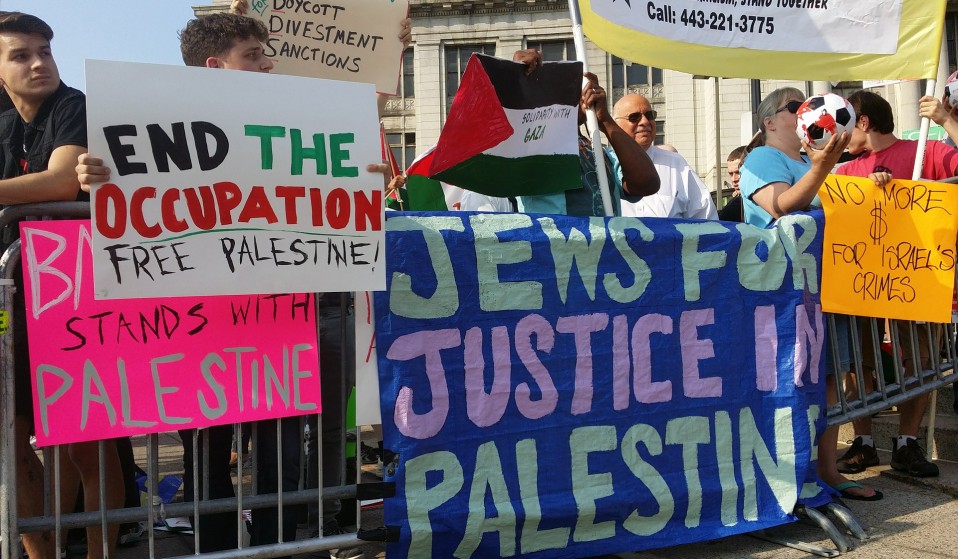 It’s time we talked about anti-Semitism - and not just on the British left.

It’s time we talked about anti-Semitism - and not just on the British left. When anti-Semitism and anti-Zionism are branded together, the consequences are dangerous.

It feels like everyone in Britain is talking about anti-Semitism right now. While there was a disconcerting silence when real life Nazis marched through Dover just a few weekends ago, the Conservative MP for the area tweeted that Nazis and anti-fascists are as bad as each other, now we’re finally talking about it. And I’m glad.

On British national television yesterday, Ken Livingstone – a senior Labour Party member and former Mayor of London – proudly told us that a real anti-Semite doesn’t just hate the Jews in Israel, but that they hate their Jewish neighbours too. Disdain for the state of Israel is not the same as hating all those of a faith group inside it.

His suspension from the Labour Party, regardless of intention, was quite right.

He was speaking in defence of Naz Shah, another Labour MP, who had made comments on social media warning that “the Jews are rallying”, desperate to play with their “pocket money”. Her words were indefensible. These comments were steeped in bigotry, her punishment as I see it should have happened sooner. We don’t allow those who make discriminatory remarks to use “I didn’t mean it” as an excuse. She apologised, we should listen and hope that she learns, but action needed to be taken.

But beneath this outrage there has been no room left for nuance. Some of Naz’s actions were unacceptable, but others – however uncomfortable you find them – must not be labelled anti-Semitic.

According to news reports, “the allegations centre around a 2014 Facebook post, in which Shah shared a graphic of Israel’s outline superimposed on a map of the US”, the headline reading, “Solution for Israel-Palestine Conflict – Relocate Israel into United States”.

The suggestion that the state of Israel be relocated into the United States? It’s as absurd as it is radical, but not one that insulted or threatened my faith. To others it may be offensive, and this is our opportunity to talk.

There is legitimacy for non-Jews as well as Jews to express opinions about it, whatever stance they may take. Sadly, not all those in my community want to acknowledge this – and the two are regularly conflated.

When we ourselves are unable to distinguish between a religious outlook based on faith, the beauty of which is found in its irrationality, and a real and present politics, the Jewish community I am part of is playing with fire. 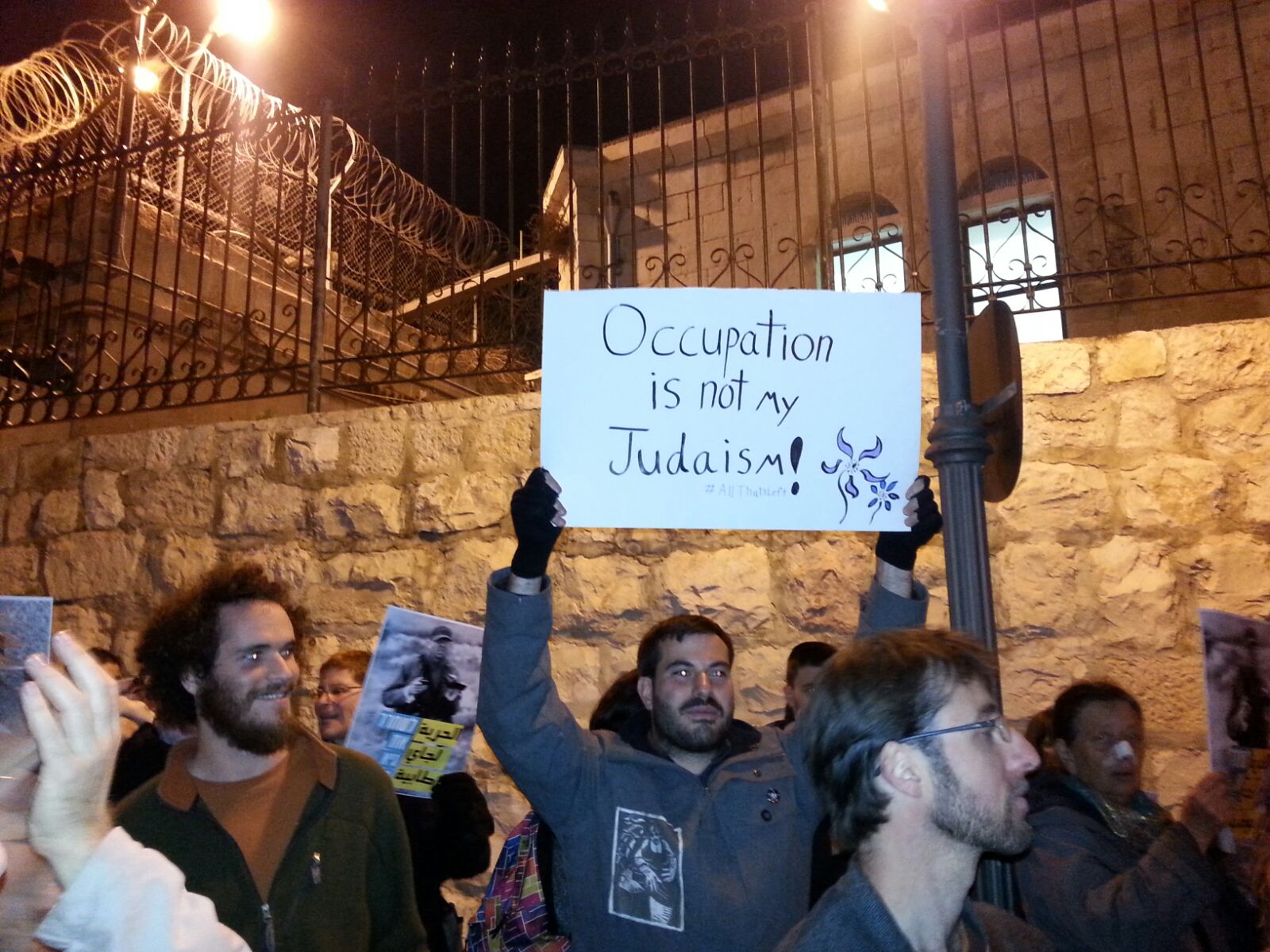 Photo by A. Daniel Roth

The consequences of this conflation extend far beyond linguistic complications though, and it’s high time we took notice.

We are weakening the power of calling out anti-Semitism when it rears its ugly head, calling wolf when you don’t like someone’s politics devalues and erodes the urgency that this word should give.

It’s also tearing our community apart. Young Jews across the world are being forced to reject traditional communities, those places of comfort and sanctuary that we could once have called our home. The prayer for the state of Israel recited after the reading of the Torah, constant references to beloved homeland heard in sermons week by week.

I’m tired of having these arguments, tired of double standards and a community that just doesn’t want to listen.

We need to act, and fast, and reassess modern Jewish identity, to create a religious and cultural community that’s built on shared values and history, not a political standpoint.

It’s not going to be easy; the state of Israel has been woven into the very fabric of modern diasporic Jewish identity. It’s the Zionist youth groups that we’re from a young age sent to; it’s Yom Ha’atzmaut, the celebration of the state of Israel that has pride of place in the Jewish calendar; it’s the normalisation of community leaders publicly asserting that to be anti-Zionist is to confer hatred onto our people. It’s the deep-routed anxiety I feel writing this very piece.

Until we accept, whether parts our community like it or not, that to question the state of Israel’s right to exist in its current form is legitimate, then this cycle is set to continue.

And yes, before I’m chastised for my ignorance, I do know what anti-Semitism has done to us. I’ve heard the stories of persecution, I’ve walked grieving through the concentration camps that left swathes of my family dead.

Anti-semitism, and all forms of prejudice, are by no means a product of, or peculiar to, the British left. In my experience the truth is quite the opposite.

It was Conservative MP Boris Johnson who sung the praises of Section 28, David Cameron who travelled comfortable to visit apartheid South Africa. I’ve seen first hand the racists and the far-right Nazis who march through our streets. Attending anti-fascist marches and demonstrations I’ve been called “dirty Jew boy” and “yid” by those on the right.

I’ve journeyed across England to stand alongside the anti-fascist activists – of the left – who time and time again put their bodies on the line to protect us. Those now shouting from the rooftops, in high office and across my community, are rightly worried about the rise of hate fuelled and dangerous views, then I hope that next time you all can join us. When you don’t, it starts to feel like you’re only interested in standing up for us when it suits your own political goals.

Linkedin
RELATED ARTICLES
OTHER ARTICLES
So far, 11 million people have fled Ukraine. But what happens to the ordinary civilians who choose to stay behind?
While protests over abortion rights rage in the US, access to abortion services is still almost nonexistent in parts of the UK.
Government plans to make it harder for people to go to university will only entrench inequality.
The author discusses her blistering new novel about history, revolution and queer love.
Whether posing for portraits, making her own images or collecting works, the artist recognised the impact of photography at a time when it was not a widely accepted art form.
The situation in Afghanistan remains dire, with many groups facing persecution at the hands of the Taliban.