News & Politics / As an Insulate Britain activist in prison, I keep on fighting 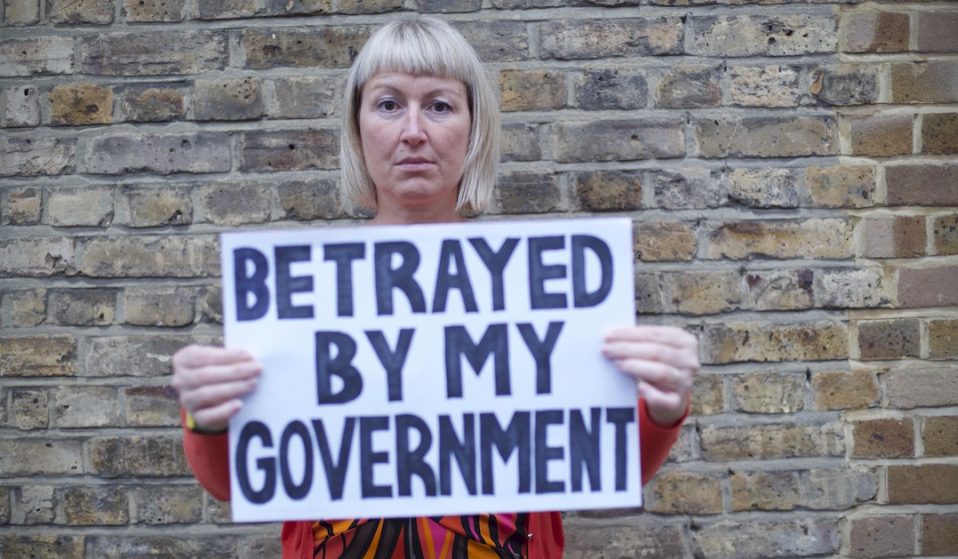 Emma Smart, 44, explains why she vowed to stop eating when she was jailed in November for breaching an M25 injunction.

Emma Smart, 44, vowed to stop eating when she was jailed in November for breaching an M25 injunction. Writing on her 26th day of a hunger strike, she explains why she believes her actions are necessary in the fight to save humanity.

I’m 26 days into my prison sentence and have not eaten since I got here. My days are spent watching the birds in the trees that line the high security fence here at HMP Bronzefield. I have so far counted 15 species. I am reminded that what has brought me to this place – my home for now – is my love for nature, justice and life. I’m also reminded of my nieces, because it is in my unconditional love and service to them that I find my courage to act – for those little girls, and the world’s global citizens on the frontline of climate collapse and the systems in nature that support everything we know and hold dear.

During September and October, I took part in Insulate Britain’s campaign of nonviolent civil resistance. Nine times in a row, after a busy 24-48 hours of careful planning I would find myself, sitting on the motorway, often glueing my hand to the road once the police had arrived and being arrested for my actions. It’s not by chance that there were no injuries or fatalities stemming from Insulate Britain’s action on such a busy and often dangerous road network. We took care with all that we did, planned and said.

The inmates I have met are curious at best about Insulate Britain and the scenes they have seen on the news and heard about from family and friends on the outside. There is no sign of the outrage or anger which was splashed across the papers, televisions, social media – “I would fucking run you over,” wrote one person – in the outside world. 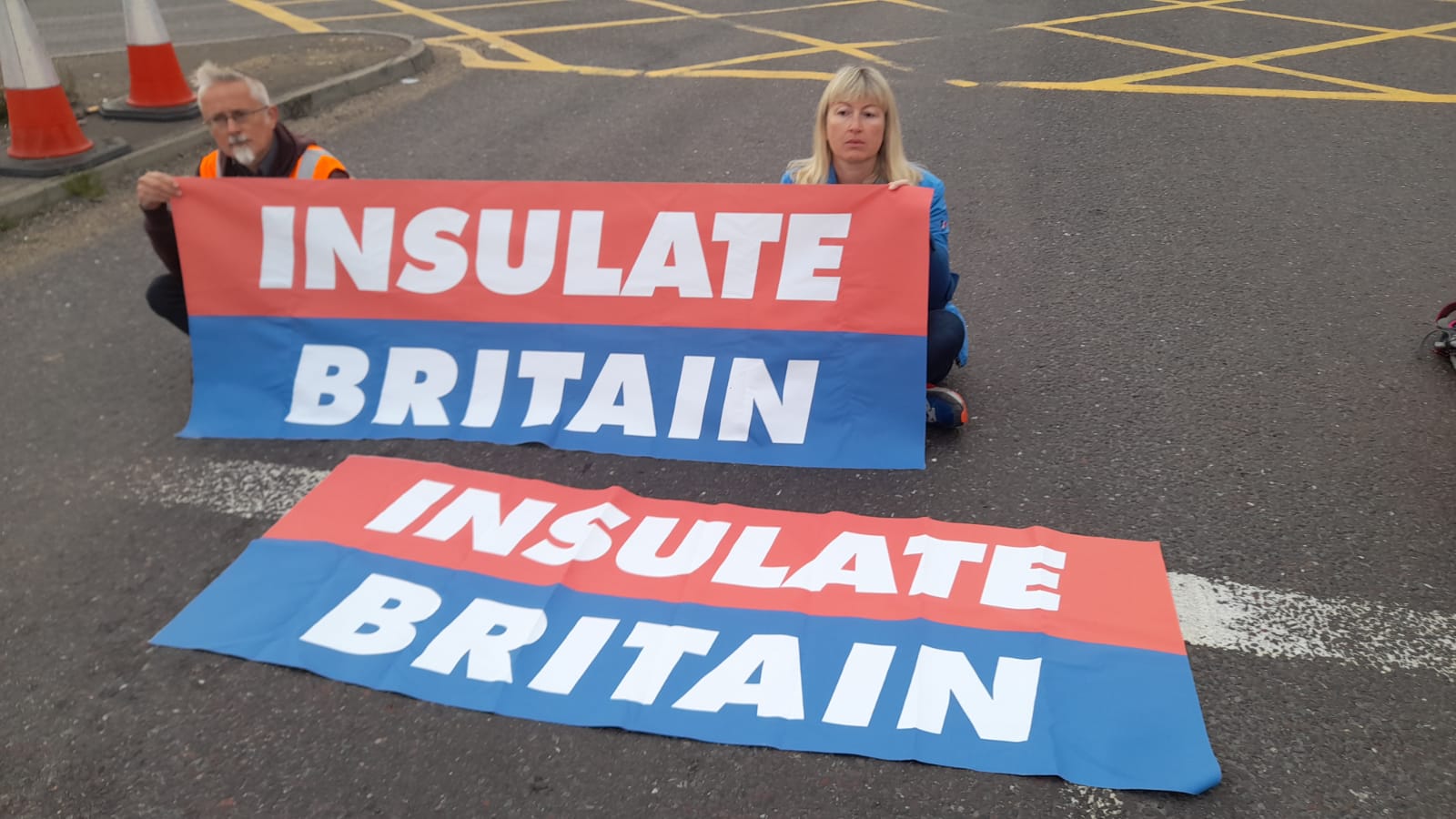 Despite what some journalists will have you believe, our actions, always in the morning, were routinely less disruptive than the usual flow of traffic around the M25 network during the evening rush hour. It is understandable that people would feel frustrated with what supporters of Insulate Britain were doing. Change makers throughout history have always been chronically unpopular.

So how can we disrupt the government instead? Decades of traditional campaigning (marches, petitions, lobbying MPs) has shown us that sustained economic disruption (strikes, physical blockades, sabotaging critical infrastructure) is at the heart of making change. That’s why I’m here, in prison. Our government made a choice that the disruption Insulate Britain was causing was intolerable and rather than meet us to discuss our demands, they chose to imprison us. This choice is not going to stop the UK breaking a legally binding agreement to keep global temperatures below the safe limit of a 1.5 degrees rise, nor will it stop the 8,500 ambulances (at least) that will need to be called to pick up the bodies of people who have frozen to death in their homes in Britain this winter.

A report from Shelter, released exactly one month to the day that I first sat on the M25 as part of Insulate Britain, revealed that one in five renters in Britain are made sick by their cold and damp homes. Insulate Britain’s demands that the UK government immediately promises to fully fund and take responsibility for the insulation of all social housing in Britain by 2025 and produce a national plan to fully fund and take responsibility for the low energy, low-carbon whole-house retrofit of all homes in Britain by 2030, are widely supported by industry. They are a no-brainer. Implementing a national retrofit plan will rescue millions of families from the misery of cold and damp homes, avoid yet more unnecessary deaths from fuel poverty, create thousands of proper skilled jobs, and reduce carbon emissions by up to 20 per cent in the most cost-effective way possible. This is entry-level ‘levelling up’ and taking the climate crisis seriously, which time and time again, the government has failed to do.

We are in a crucial moment, possibly the last moment in which we can decide to have a future or to manage our own demise as a species. As Sir David King, former chief scientific advisor to the government has said: “What we do in the next three to four years will determine the future of humanity”. Faced with growing inequality and our collapsing climate, now is the time to ask yourself: will you turn away and continue scrolling down your newsfeed, or will you stand up to our treasonous government? 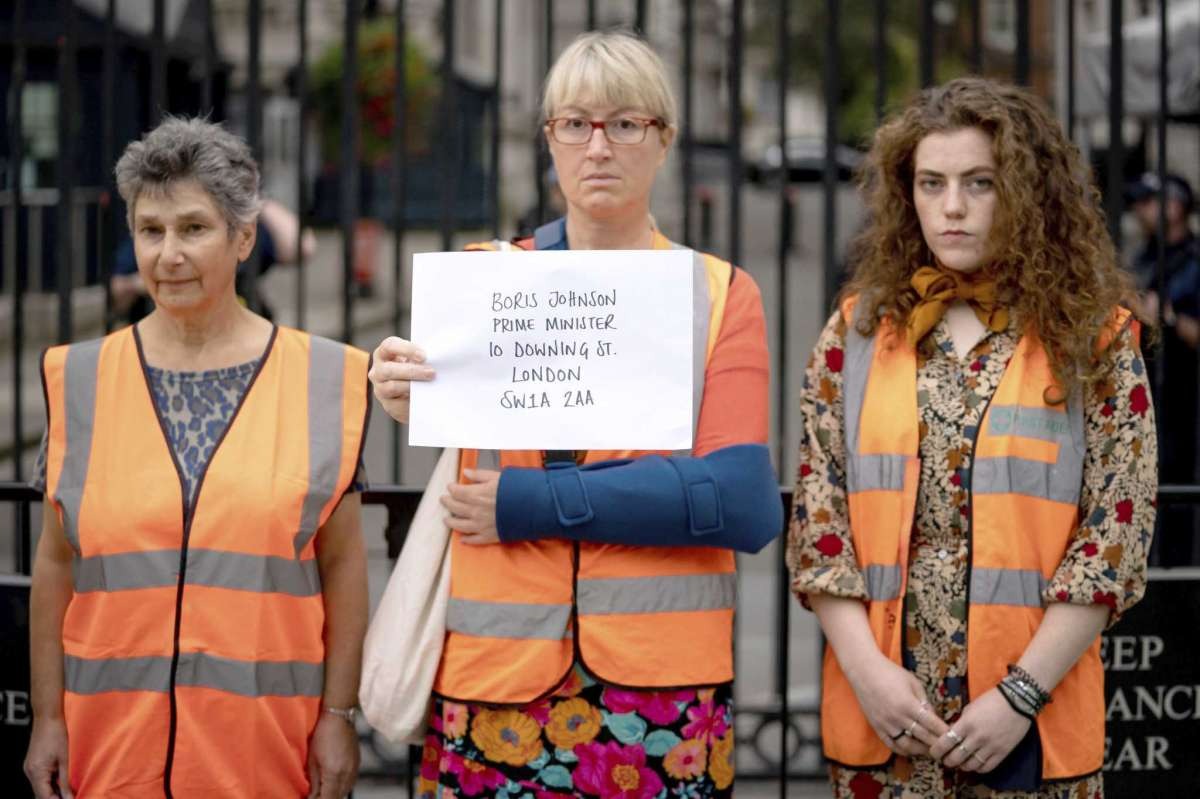 The people I have met in Insulate Britain are the people I’ve been waiting for my whole life; the most focused, selfless, compassionate, driven yet humble individuals. It has been a pleasure to sit in the road alongside them, time after time. I have met social workers, shop staff, students who have given up their courses, builders, single mums, doctors, engineers and fellow scientists – like myself. I’m a former Ecologist and Wildlife Conservationist who left academia and NGOs (I used to work for the World Wide Fund for Nature) three years ago when I became aware of the enormous changes we need to make and how history dictates that nonviolent civil resistance is the most likely and fastest route to get there.

As my empty stomach rumbles, 26 days with no food, I’m joining a long tradition of people who have nonviolently resisted to highlight injustice, both in the UK and around the world. I told the High Court during my sentencing hearing that I would stop eating in solidarity with the people who will be forced to make the choice as to whether to heat their homes or eat this winter. The sacrifice of putting your soft body in front of traffic feels right, even with the angry reactions from members of the public – both drivers and people passing by – whose anger is often fuelled by the narrative pushed by many journalists and broadcasters.  I haven’t regretted a second. It’s a strange feeling but one of utter calm and peace in the knowledge that what you are doing is right.

Emma ended her hunger strike shortly before this article was published on 13 December 2021 after her MP, Richard Drax, reached out and arranged to meet her.

Linkedin
RELATED ARTICLES
OTHER ARTICLES
David 'Dee' Delgado’s photo project is about honouring and uplifting the city of his youth, and a world rapidly disappearing under the relentless onslaught of gentrification.
Since 2007, Gideon Mendel has made 20 trips to document floods in 13 countries. The result is an alarming record of what has already been lost to the climate emergency.
After fleeing the war in Ukraine, people are finding it impossible to secure affordable and decent housing in the UK.
A new film from Berghaus traces the story of Adam Raja, who left behind a turbulent upbringing to discover the healing power of climbing.
After building his reputation covering the US civil rights movement in the 1960s, the photographer went on to produce some of the most enduring images of the past century.
A new podcast is opening up the conversation between trans women and trans amorous men in the hope of building coalitions.