News & Politics / Opinion / Caroline Lucas: ‘this election could be our last chance’ 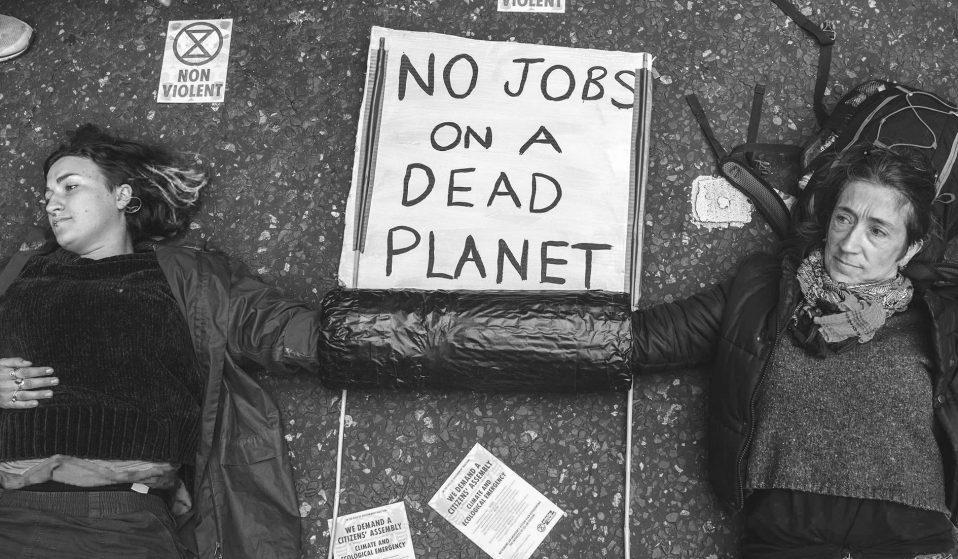 With few years left to act, the Green Party candidate tells us the next government will be decisive in tackling the Climate Emergency.

With few years left to act, Green Party candidate Caroline Lucas tells us the next government will be decisive in tackling the Climate Emergency. But empty rhetoric simply won’t be enough.

Tell the truth. That is the simple demand of the Extinction Rebellion protesters who so effectively made their voices heard in London over two weeks in October.

But the truth is in very short supply when it comes to the climate emergency. Too many politicians pretend that, somehow, everything will be alright with just a slight tweaking of business as usual. Nothing could be more wrong.

Only last week, 11,000 scientists issued a warning that we face “untold suffering due to the climate crisis” unless there are major transformations to our societies.

The UK has a target date of 2050 to achieve net zero emissions, giving the false impression that we have another generation before we need to take radical action to decarbonise our economy. Even if we achieved that target date (and the signs are not good), it is far too late to prevent the accelerating climate crisis.

Boris Johnson boasts of “setting a blistering pace” on climate action and the UK being a world leader – even though four other European countries have similar or more ambitious target dates for reaching net zero.

So let’s ignore the boasts and look instead at the facts. The government’s own advisers, the Committee on Climate Change, say current actions are falling well short of what is required for the net-zero target. The truth is we do not have the policies in place to meet interim emissions targets, and the gap is widening all the time.

Last year, scientists at the IPCC told us we had just 12 years left to halve global greenhouse gas emissions if we are to have a reasonable chance of keeping the average global temperature rise below 1.5C.

Those climate scientists also said limiting warming to 1.5C would require “rapid and far-reaching” transitions in land, energy, industry, buildings and transport. In other words, an end to business as usual.

That should have been a call to action, yet next to nothing has happened. Boris Johnson accuses MPs of dither and delay over Brexit – that is precisely his approach to the climate crisis. He thinks he has ticked the climate box because Parliament has declared a climate emergency but this doesn’t bring down emissions, action does and there is very little of it.

Of the 25 policies which the Committee on Climate Change says are needed to meet our own targets for reducing emissions, the Government has delivered on just one. A lot of time, we seem to be going backwards with continuing subsidies for fossil fuels and support for airport expansion.

The moratorium on fracking has been one of the very few positive steps taken – and even then, there was no acknowledgement of the damage fracking causes to the climate.

Time is clearly running out. We have very few years left to act, perhaps as little as 18 months to introduce the changes needed to set us on the right path. The next Parliament will be decisive – that’s why this is the Climate Election.

We have to start by rejecting the laid-back, regulation-free approach of this Government which thinks rhetoric and lies are a substitute for action, and begin the necessary transformation of our society at the speed and scale the science demands.

This is a once-in-a-generation chance to fix an economic model that is failing most people, because what’s driving the climate emergency is also destroying people’s lives in so many other ways – polluting the air we breathe, creating yawning inequality, undermining social cohesion and poisoning the land and oceans we all depend on for our food.

It is a huge responsibility, but it is also a huge opportunity. In the 1930s, the American president Franklin Roosevelt came up with the New Deal to rescue the economy, and US democracy, from the ravages and helplessness of the Great Depression.

Our challenge is different, but the Green Party’s response is similar: a Green New Deal, which would transform our society, build a sustainable economy and create hundreds of thousands of green jobs across Britain in renewable energy, making buildings energy-efficient, transforming our transport infrastructure and more. It’s true that it will cost billions. But the consequences of doing nothing about the climate emergency are far greater, and the cost would run into trillions.

Sometimes I reflect on the words spoken by the late, great actor Pete Postlethwaite in the film The Age of Stupid. He plays one of the few survivors of climate catastrophe in 2055.  As he looks back at television footage of the extreme weather events and rising sea levels of previous decades, he asks, “Why didn’t we save ourselves when we had the chance?”

This is our chance; it may be one of the last we have left. We can’t afford to throw it away.

Linkedin
RELATED ARTICLES
OTHER ARTICLES
Jamel Shabazz’s photos honour those who were lost and those who survived one of the most brutal eras in recent history.
With the singer’s tour in full swing, we sat down the musical production company who made the electrifying show possible.
A new exhibition brings together 150 works by twelve photographers, offering mesmerising and intimate depictions of life.
After voting to strike across England, prison teachers explain why they’ve been pushed to a breaking point.
The Egyptian government are continuing the repressive mistreatment of environmental campaigners.
Planet Ardbeg is a 40-page sci-fi anthology created by three cutting-edge artists.