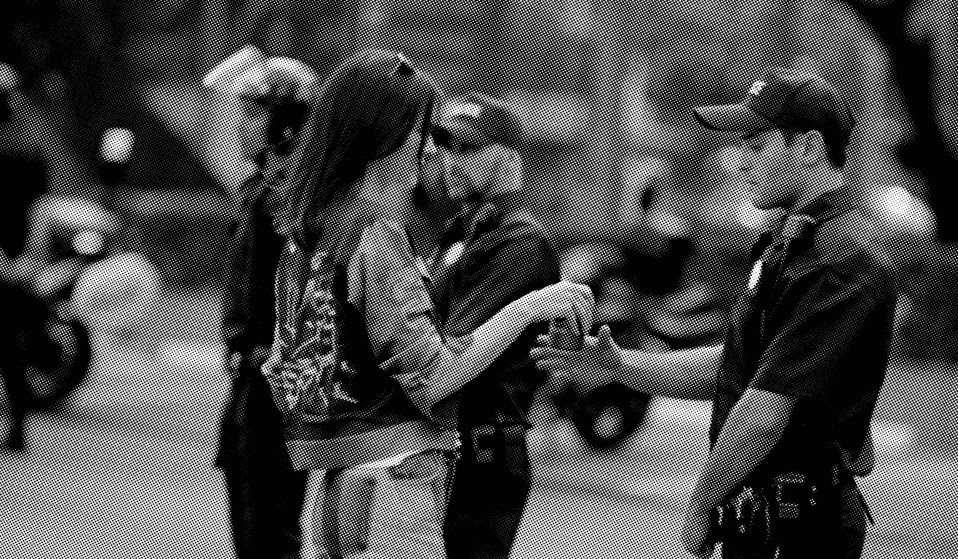 Pepsi's new advert isn't just stupid, it highlights the way protest movements are co-opted by corporations and elites to hollow out radical ideas.

Pepsi's new Kendall Jenner protest advert isn't just tone-deaf and ridiculous, it highlights the all too real way in which protest movements are co-opted, not just by corporations but by those who want to hollow out a movement's radical ideas. Just look at what happened in Brazil.

So, I’m assuming we’ve all seen the new Pepsi commercial. If you haven’t, here’s a small breakdown: Kendall Jenner, one of the world’s highest paid supermodels, steps out of a photoshoot and into a protest, with her mind set to fix racism, xenophobia, police violence and All Bad Things once and for all. How? By offering an ice cold Pepsi to a bemused police officer of course.

It works! The crowd of carefully curated minorities present at the protest go wild. We’ve finally been saved! The world was bad but now it’s good. All hail Pepsi, our lord and saviour, etc, etc.

I’m not here to point out how ridiculous and tone-deaf the ad is – the good people of Twitter have already been doing a great job of that all day. Massive companies co-opting protest symbols in vacuous ways isn’t new or unusual either; from high fashion brands selling anarchist t-shirts for over £70, to Tories at Pride, and almost every multimillion-pound turnover brand mentioning the word “feminism” in their ads in the past year.

This bastardisation of rebellious images is essential to the establishment as it is, because it dissociates these symbols from thought, making them empty and therefore marketable. Things that are marketable are not dangerous, and that helps big corporations sleep at night. None of this is news.

What stood out to me, though, aside from the absurdity of the whole thing, were the words written on the posters at the fictional march – words and phrases like “unity”, and “let’s join the conversation”.  They didn’t just stand out because they mean absolutely nothing of value, but because I’ve seen them before.

Starting in 2012, Brazil went through a widespread wave of protests. The reasons were multiple: the rise in transport fares despite the lack of decent services, the decision to host the world cup despite the extremely high costs, and violent police repression. Mostly it could be boiled down to an anger towards the establishment being expressed by a young generation.

During those protests, many people I know were teargassed, beaten and shot with rubber bullets by the police. The media in general was hostile to the protests, calling them a nuisance, mindless vandalism, you get the idea. If this sounds familiar, it’s because it is.

But here’s what happened next: at some point between 2014 and 2015, more and more people without specific demands and some with a dislike for the reigning government of “the left” joined the protests, and the more they did, the vaguer the manifestations became. After a while, the chants and banners were against “evil” and “general corruption”, and the marches were populated mostly by the elite, clad in Brazilian flags. 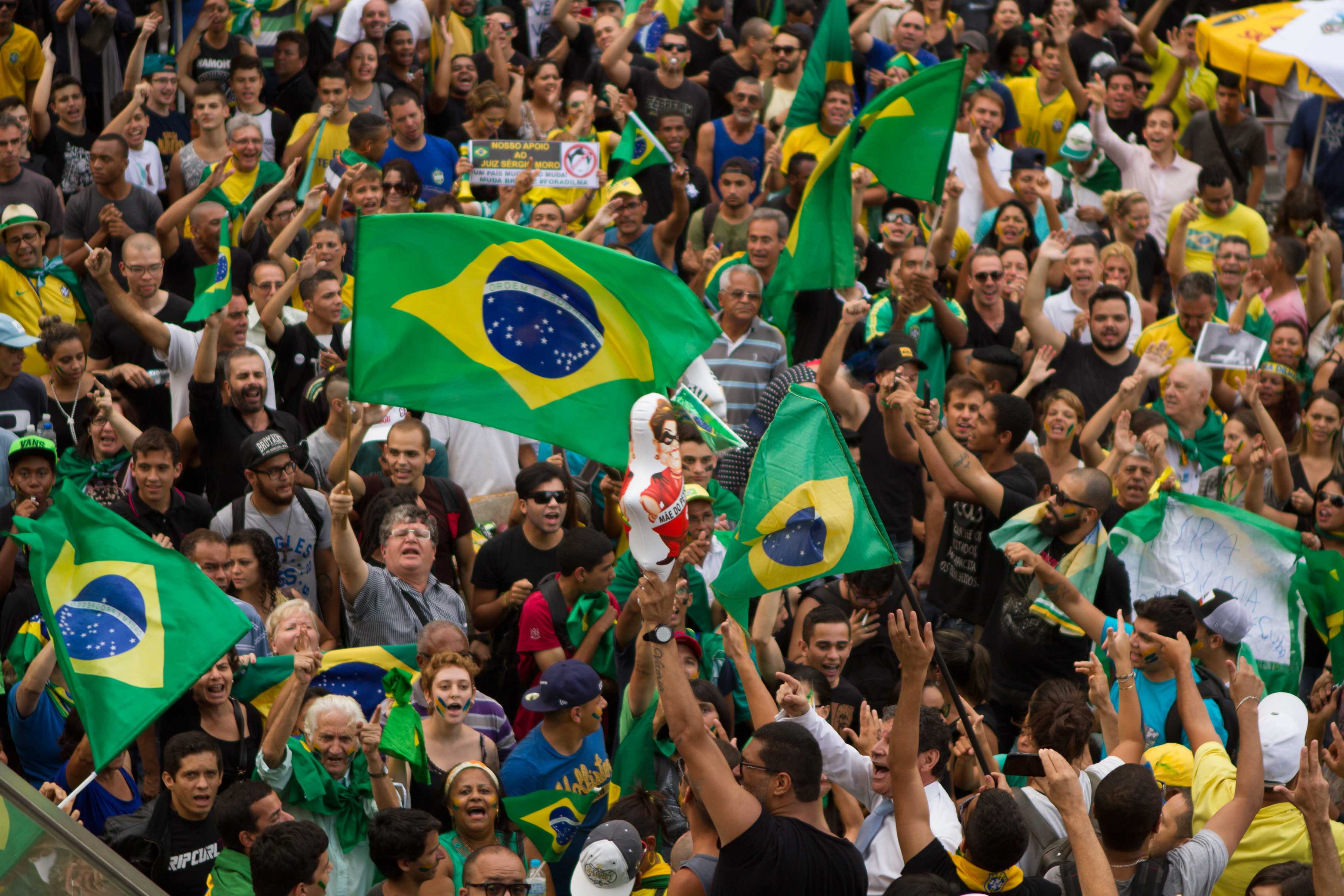 The radical, largely non-partisan, anti-establishment sentiment expressed by younger people in the previous protests was replaced by something more digestible to those at the top: a movement of people against “all corruption”, but strongly focused on the image of Dilma Roussef as the harbinger of evil, and largely expressed in a mix of classism, sexism, confusion and nationalism.

Instead of criticising the failures of her government in an objective manner, crowds of people were chanting the national anthem, shunning anyone wearing red who walked by the marches as “a communist”, taking selfies with the police. Some were even asking for the return of the violent military dictatorship we had in place until 1985, saying “there was no corruption then”, when it was in fact one of the most corrupt times in Brazilian history.

This eventually culminated in what we have now – an impeached president replaced by Michel Temer, both facing accusations of corruption. An ongoing corruption investigation that will likely take many years to conclude and have dubious actual success, and a wave of conservative thought that is stronger than anything we’ve seen post dictatorship.

The vaguely political crowds that joined the protests “against all evil” dissipated because they weren’t there to actually protest against the establishment, but against a particular side of it – the one that didn’t benefit them in the first place, corruption or no corruption. The well-intentioned that genuinely were against Brazil’s historically corrupt system but had no plan or strong opinions ended up wrangled in the weird nationalism that took hold of the mass movement.

After all that, the violent repression against various student movements continues, murders perpetrated by the police continue, misogyny continues and the cost of living continues to rise. Corruption continues.

No one here was expecting a political statement from Pepsi – it would be highly unlikely we were going to see a Black Lives Matter poster among the signs of Kendall’s cute little march of people dressed in blue. But turning protest into a performative action to get participation points isn’t something that only happens in a Pepsi commercial or advertisement. This long cautionary tale about my country just goes to show that it happens in real life too. It happens fast, and when it does, it is terrifying.

It is terrifying because it’s not about just appropriating symbols. Symbols come and go. This vagueness that slowly engulfs movements, the “can’t we all be friends, even if you enforce oppression” mindset, weakens the meaning of direct action in the collective consciousness.

It lulls people into a false sense security, while those who started the movement are still being shot at and their rights are still being violated. It also offers space for people who sometimes want the direct opposite of the initial movement to insert themselves on it and turn it into something meaningless.

Having a march of people who express a wish for “good things” as opposed to “bad things” achieves nothing, because not everyone agrees on what is good and what is bad. You just have to look at the neofascist alt-right calling themselves “the new punk”.

What I’m saying is: if you’re protesting for your rights, stay angry, stay wary, and stay focused. Talk about things openly and to big audiences, encourage participation and discussion, make the movement accessible. But don’t let it become generic, and don’t lose sight of the end goal, because the path towards real change has never had police officers taking selfies and swigging Pepsi.

Linkedin
RELATED ARTICLES
OTHER ARTICLES
A new series of photos by Johny Pitts shines a light on communities and subcultures that have all too often been overlooked.
Yesterday, rail workers came together to protest poor pay, working conditions and job cuts in their latest round of strikes.
From the chip shops, to the bingo parlors and burlesque dancers, photographer Mike Coles remembers capturing scenes of holidaymakers by the English coast.
Students are being left to languish in unsafe housing, in some cases leading to serious health complications.
As the Criminal Bar Association enters its fifth week of action, criminal barrister Russel Fraser explains why the legal professionals have walked out and how action is likely to escalate.
A sharp increase in officers armed with the electrical weapon is resulting in serious injuries and deaths.