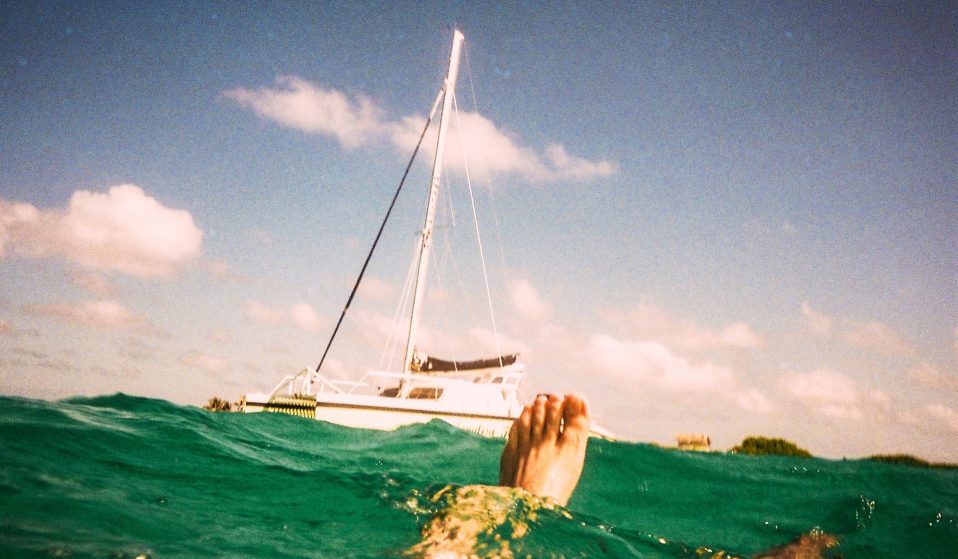 An anonymous Instagram account documenting gay men breaking lockdown regulations on holiday has led to an unpleasant aftermath – one that reopens old wounds regarding shame, pleasure and privilege.

You might not have noticed it if you’re not gay, or don’t spend a lot of time on the internet, but the last week has seen a civil war break out on gay Twitter and Instagram. A US-based Instagram account called ‘GaysOverCovid’ has been documenting gay men breaking lockdown regulations for holidays and circuit parties and shaming them with stern, condemnatory captions. “Special thanks to the @lapdhq [Los Angeles police] for shutting the underground party down so quickly!!” read one post. Whether the account was practising ‘doxxing’ (the publishing of private information with malicious intent) was debatable, given it was sharing public social media posts which the targets had published online themselves. But, justifiable or not, it was certainly snitching.

The situation, bubbling over for a while, came to a head on Saturday when a gay cruise boat capsized in the Mexican resort town of Puerto Vallarta, sinking to the bottom of the ocean. Since no-one died, this quickly became meme material, and the butt of thousands of jokes comparing the situation to Titanic. Given Puerto Vallarta’s regional hospitals are currently in crisis due to Covid, and gatherings of more than eight people have been banned in the area, the fact that a bunch of privileged Americans flew there for a holiday, only to have it ruined in the most farcical way possible, was an understandably appealing bit of schadenfreude. The ‘GaysOverCovid’ account went in hard on several of the men who’d visited this resort, naming and shaming several individuals.

The story just got messier and messier. At one point, incredibly, someone even put out a bounty on the head of whoever runs the account, offering $500 to anyone who could reveal their identity. The post was captioned “#gaysoverkarens’,  implying that the people objecting were ‘Karens’,  in other words, entitled “can I speak to the manager?”-style busybodies. A nurse, who set up a GoFundMe while recovering from Covid last year, and later attended Puerto Vallarta, joined in the hunt for the anonymous scolder.

the gofundme nurse who almost died from covid apparently went to pv and is now out to get gaysovercovid 😳 pic.twitter.com/51Xe4GwjpQ

GaysOverCovid itself, meanwhile, began publicly exposing anyone who DM’d it to object to its practices, implying that these people, too, had been breaking lockdown. It all started to feel like The Crucible, if it was directed by Ryan Murphy and costumed by aussieBum. Objecting to the ongoing witch-hunt on either side was enough to see you condemned as either a selfish rule-breaker yourself or a Covid scold, most likely motivated by jealousy. One person tweeted in defence of the revellers, “Fact: only ugly gays are chastising the partiers in pv for not social distancing”, which shows that neither side of the debate has covered itself in glory.

Much of the backlash to the Puerto Vallarta trip ended up being about a lot more than coronavirus itself. Indeed, a great deal of the comments on these Instagram posts honed in on the muscular body type of the attendees. It seems as though, for many, the real transgression was being hot. A lot of the criticism was also based on broad-stroke, preachy generalisations about the reckless hedonism of gay men and our tortured relationship to pleasure, drugs and sex. In the words of artist Leo Herrera, who posted an Instagram infographic on the subject, the incident embodied “the dark impulses our community suffers so much to control: the pursuit of pleasure at the expense of spirit”. Some of the criticism, included by Herrera himself, was admittedly more reasonable, focusing on the way that these affluent men were endangering the lives of Mexican service workers, and viewing the controversy as being about exploitation more than anything. This is hard to argue with.

There’s a lot going on here. It’s fine to criticise this kind of behaviour, which is reprehensible. The biggest problem with the backlash is the way that this lockdown-breaking has been framed, almost entirely by other gay men, as a uniquely gay vice: that it says something disturbing about the gay community, what we value, and should serve as a wake-up call to the community.

Straight people are breaking lockdown all the time in equally flagrant ways and while they get criticised, they don’t receive this kind of armchair pathologising; no one ever suggests it embodies something rotten at the core of straight identity, or that the straight community need to take a long hard look in the mirror.

It’s true we are more likely to identify with and call out drama within our own communities, whatever those might be (a friend of mine, for instance, dismissed this controversy as “white-gay-on-white-gay” violence). But when straight people break lockdown in flagrantly selfish ways, this usually invites general comments like, “people are so selfish”, “Brits are so irresponsible” or, most accurately, “rich people are arseholes”.

It comes from a way of thinking about gay men where every negative thing we do can be assigned to some nebulous notion of trauma or shame. This pretends to be absolving (“These people that I’m publicly shaming? They’re probably just working out the trauma of being bullied in high school – sad!”), but it never actually leads to greater sympathy or understanding, and is instead more commonly an excuse for further online harassment. When it comes to the Puerto Vallarta controversy, and other situations like it, I’m not convinced that gay trauma, or gayness at all, is a particularly relevant factor. Some people are just selfish, some people are rich and selfish.

It’s unambiguously bad for wealthy, mostly white Americans to holiday in a pandemic-ravaged country in the global south. But it’s the class/race interplay, rather than sexuality, which is relevant. I’m not defending these people. Breaking lockdown is one thing, but choosing to post about it on social media is a whole different level of smug complacency. But however inexcusable this behaviour is, I don’t accept that it represents a neurosis particular to gay men. Arguing that it does just makes you sound like a Daily Mail columnist circa 2009.

Even if you’re to accept the argument, “let’s attack these people for being rich rather than being gay,” it’s still highly questionable whether shaming individuals is an effective public health measure. There’s a difference between something being justified and something being useful; even if you think you have “the right” to shame others, that doesn’t necessarily mean that doing so will meaningfully improve the situation or make anyone safer. It probably just makes people likelier to do this kind of thing in secret – which may well be less annoying, but won’t do much to tackle Covid.

People are entitled to express anger, and maybe this kind of shaming does make people think twice about breaking lockdown. But it seems that the primary function of the Puerta Vallarta controversy has been to propagate reductive stereotypes, and make an already fraught situation more unpleasant and acrimonious for everyone.

Linkedin
RELATED ARTICLES
OTHER ARTICLES
David 'Dee' Delgado’s photo project is about honouring and uplifting the city of his youth, and a world rapidly disappearing under the relentless onslaught of gentrification.
Yohon Tatum, aka Legendary Father of the House of Tisci, reflects on nurturing a new generation of talent.
A new film from Berghaus traces the story of Adam Raja, who left behind a turbulent upbringing to discover the healing power of climbing.
Campaigners reflect on what the supreme court’s decision to allow buffer zones in NI means for the future of reproductive rights in the UK.
After blocking the Scottish government’s gender recognition reform bill, Westminster is now devising further changes to the law to make it harder for trans people to self-identify.
From snake handlers to mardi-gras revellers, Tom “TBow” Bowden’s photos provide a snapshot of the wonderful and weird people who make up America.