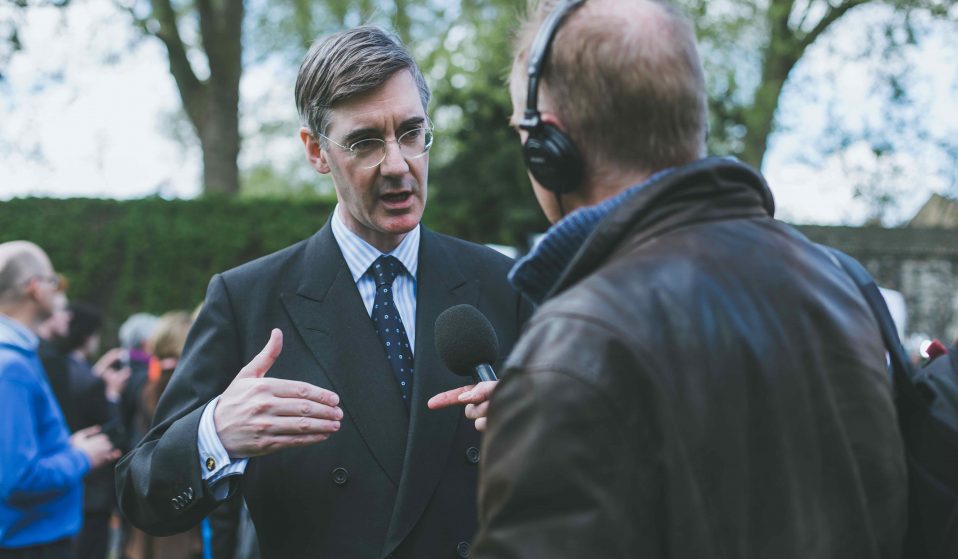 Our biggest and best-known media commentators are intent on delivering an election result that preserves their power – keeping it in the hands of the few, not the many.

Our biggest and best-known media commentators are intent on delivering an election result that preserves their power – keeping it in the hands of the few, not the many.

Democracy requires a free and independent media, especially during elections when there is a particular need to fairly scrutinise parties, politicians and manifestos. Unfortunately, this is a far cry from what we have in the UK where high levels of partisanship and abuse of official guidelines concerning neutrality are working to benefit the Tories.

Comprehensive academic research from Loughborough University shows that, in the first three weeks of the campaign, coverage of Labour in the press has been overwhelmingly negative, with the Conservatives receiving consistently positive coverage. This is, of course, hardly surprising given the highly concentrated nature of the UK press and the fact that the two biggest titles – the Daily Mail and the Sun – are owned by billionaire media moguls with well-established ties to the Tories. As Owen Jones put it recently, the affinity between the press and the Conservatives is so deep-rooted that they are “one unified, integrated, ruthless machine – and should be treated as such”.

But, while press bias is hardly surprising, it matters because their highly partisan agendas are amplified online – a space in which we were initially promised a vastly more pluralistic and equalising news culture. Firstly, Tory-supporting titles like the Mail, Sun, Telegraph and Times are all in the top 12 online news brands. They offer the biggest reach, and have vastly bigger digital footprints than the Labour-supporting Mirror or pro-Corbyn media organisations like Novara Media, Evolve Politics and The Canary. Secondly, we know that the news algorithms of the main intermediaries favour incumbent brands at the expense of more specialist sources of news, further leveraging the power of the legacy news media into the digital arena.

So given these intense levels of partisan affiliations, it’s vital that TV – still a crucial source of election news – is able to offer some sort of counterweight. After all, broadcast news is required by law not to take sides. The brand with by far the biggest reach and most influence is the BBC, which prides itself on its impeccable editorial stands and commitment to “impartiality”. Yet the BBC has, during the course of this election, already been forced twice to apologise for errors that showed Boris Johnson in a positive light – first by using old footage of the prime minister at a Remembrance Sunday service that obscured the fact he laid a wreath upside down, and next by editing out jeering audience laughter during Question Time in a subsequent clip of the programme. Then, having lured Jeremy Corbyn into a hostile interview with the sometimes forensic Andrew Neil, the BBC broke its commitment not to allow the prime minister onto the far more gentle Andrew Marr programme until he agreed to an interview with Neil on the spurious basis that this was in the ‘public interest’ following the terrorist attack of 29 November.

Broadcasters often defend themselves by highlighting their scrupulous commitment to provide equal amounts of airtime to the two main party leaders and parties. However, as Justin Schlosberg has shown, parity of coverage in quantitative terms doesn’t necessarily equate to parity in qualitative terms – in other words, in terms of what kind of stories are emphasised and what stories are buried. So for example, when the Institute of Fiscal Studies criticised both Tory and Labour manifestos for exaggerated claims about their spending plans, TV news covered the Labour story 15 times in the two days following the manifesto launch; in contrast, bulletins featured the IFS criticism of the Conservatives just once. Schlosberg also shows how broadcasters have focused on the campaign issues closest to the hearts of the Tories (the economy and Brexit) as opposed to ones highlighted by Labour (health and the environment) even though polls show that the latter are seen as crucial by voters.

Of course, it’s true that the parties (and partisan interest groups) are able to use social media to communicate directly with voters and that some videos of party leaders like Corbyn and Johnson are viewed millions of times on Facebook and Twitter. Yet one single broadcast TV bulletin, the BBC’s Six O’clock News – supposedly the epitome of a dying linear industry – attracts nearly five million viewers every evening (without taking into account the viewing of selected clips online at a later date). According to figures from the Guardian, only one online video (Corbyn’s ironic look at blaming migrants for everything that’s wrong) has earned a bigger audience so far in this election than a bog-standard BBC news bulletin. While this broadcast demographic is likely to skew older and more electorally active than younger audiences, this form of legacy media still maintains a powerful presence in election culture.

In a society in which the six richest people in the UK control the same amount of wealth as the poorest 13 million, it’s hardly headline news that the media – largely overseen by billionaire proprietors and reliable, cautious Oxbridge graduates – are more predisposed towards a Conservative victory than a Labour one. But let’s not get complacent about this. It shouldn’t be acceptable that the guardians of a “free press” are so brazen in their support for the party of austerity and so contemptuous of the official leader of the opposition. It hardly bodes well for a democratic society when the channels of communication – from news wholesalers to tech platforms – are so overwhelmingly concentrated into the hands of a very few big companies.

The fact is that the most powerful sections of the UK media are simply not prepared to allow citizens to make up their own minds about Labour policies, nor to scrutinise Conservative claims. It should be a scandal worthy of serious investigation that the press are systematically trying to undermine Labour’s prospects. It should also be a scandal that repeated BBC “errors”, contortions and a failure to call out Boris Johnson’s lies is not more widely condemned.

Social media may have provided a vital, if limited, platform for Labour to communicate directly with audiences, but our best-known media commentators and wealthiest proprietors are intent on delivering an election result that preserves their prestige. Media power is intent on making sure that economic power remains in the hands of the few and not the many.

Des Freedman is a Professor of Media and Communication at London’s Goldsmiths College. Follow him on Twitter.

Linkedin
RELATED ARTICLES
OTHER ARTICLES
In the last of our dispatches from OFFF Barcelona, Rufus Deuchler and Vincent Gault discuss the future of creative process.
Photographer Phyllis Christopher recalls capturing sex and protest at a time when the city had become a haven for the queer community.
The photographer recalls working with some of the biggest names in the business – from Salt-N-Pepa to the Sex Pistol – at a time when music magazines played a powerful role in shaping the scene.
Satirical culture in the UK routinely protects the powerful and punches down. It’s time people stopped laughing along, writes Elia Cugini.
Writers Matt Foot and Morag Livingstone explore how four decades of collusion between the government and the police have slowly eroded our right to protest.
Following the success of her debut novel, the Tottenham native is restating her commitment to the place that made her.