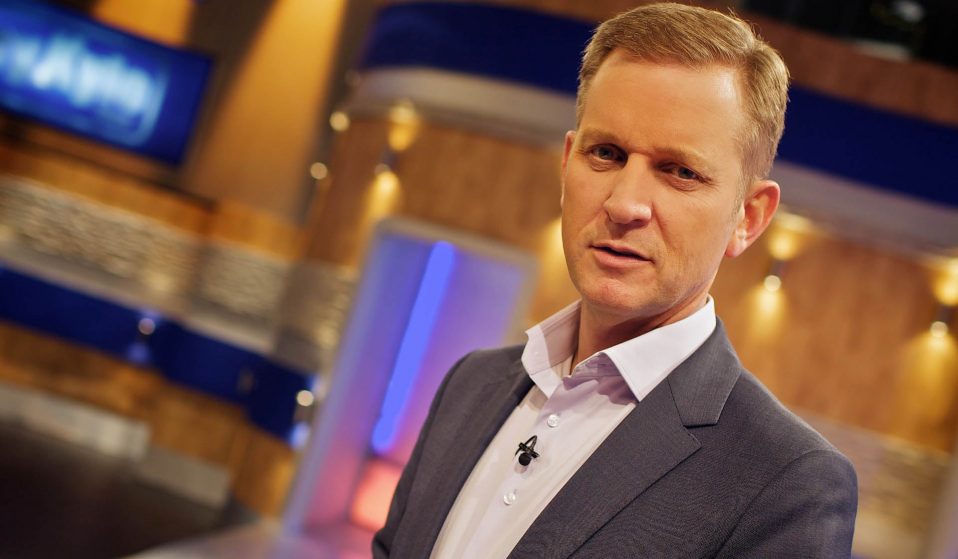 Jeremy Kyle may finally be gone, but what it stands for – the hateful demonisation of working-class communities – remains stronger than ever. Dawn Foster explains why the show was always just a small part of a much larger toxic ecosystem.

Jeremy Kyle may finally be gone, but what it stands for – the hateful demonisation of working-class communities – remains stronger than ever. Dawn Foster explains why the show was always just a small part of a much larger toxic ecosystem.

It happened suddenly: the scheduled episode of The Jeremy Kyle Show was yanked off the air, with no firm commitment as to when it might return. ITV statements only confirmed that a prerecorded episode featuring a guest who had since been found dead would not be aired.

Then came the news that the guest, Steven Dymond, had taken a lie detector on the show after denying infidelity, and reportedly the 63-year old and his fiancee both wept on camera after the result was read out. Dymond was found dead a week after the show was broadcast, having killed himself. The show’s producer’s initially told staff they were stopping production to “protect the show”, in what can only be read as damage limitation.

Jeremy Kyle was a byword for on-screen cruelty for well over a decade. The show picked particularly extreme personal dramas, and relied on the public-school educated Kyle to inflame intra-guest tensions, while delivering a volley of at best, acerbic and at worst, abusive insults at people. People were enticed to come on air and pick over their personal lives for the entertainment of millions: defenders of the show can argue they consented, but it’s practically impossible to give informed consent to the psychological impact of your appearance on daytime TV, or the personal impact of submitting yourself to something as unreliable but trusted as a polygraph test in front of your friends, neighbours, family, and an audience of millions.

It’s questionable how well guests were prepared, and whether the support they were given afterwards was sufficient. Other reality show guests have spoken out about inadequate aftercare, and not feeling fully protected from aspects of intense public and media scrutiny, and the prospect of being a modern hate figure. Many shows focusing on working-class communities zone in on stereotypes and often rely on heavy editing. Shows such as Benefits Street, and the Channel 5 show on bailiffs Can’t Pay? We’ll Take It Away!, rely on an appetite for gloating at stereotypes amongst audiences, whilst the grotesquely named Can’t Pay, We’ll Take It Away: Christmas Special is a carnival of human misery for anyone averse to the festive spirit. There may be an appetite for such shows as audience figures show, but they deal with real lives, and have wider social ramifications as well as fallout for the people onscreen.

The media and politicians have been swift to pounce on the news of the Jeremy Kyle Show’s cancellation, decrying it as a singularly toxic show, but silent on the toxic miasma that has created the environment that created and sustained it. For as long as anyone can remember, the working class have been depicted predominantly as caricatures on television with limited accurate representations of the diversity of working-class experience. But the press and politicians have vied with each other on who could outdo the other to play up the idea and incidence of false benefit claimants, and who could appear tougher on anyone claiming any form of social security support. George Osborne and David Cameron’s claims the UK was a dichotomy of “skivers versus strivers” and that austerity would root out the fakers resulted in a boom in food banks so more than a million parcels were handed out a year. Thanks to them, we now have a rise of child poverty so great 10 constituencies in England now have rates of more than 50 per cent, countless disabled people forced to fight to regain their support entitlement after falsely being declared magically recovered or fit for work, and a huge increase in homelessness. Public opinion on the welfare state reached a tipping point in 1999, with Tony Blair’s speech that welfare should be “a hand up, not a hand out” hardening attitudes that had generally considered benefit payments too difficult to live on before, and the disastrous Antisocial Behaviour Orders functioning as a way to impose restrictions on the lives of largely working-class people, who had done nothing legally wrong.

None of this would be possible without a media that zones in on people claiming benefits and seeks to depict any welfare spending as a heinous crime against people in work, while ignoring the fact that most people claiming benefits are in work, and they claim benefits because their multinational employers pay poverty wages to protect profits for shareholders. A media that largely ignore tax avoidance while screaming bloody murder about benefit fraud. A media that ignore the working class unless they’re white, male and racist, and ignore how much unpaid caring work is performed by people forced to claim benefits rather than a proper wage for care work.

Jeremy Kyle wasn’t a lone bad apple, but part of a larger toxic ecosystem. Its cancellation enables ITV to attempt to mitigate bad press: but don’t let them, or the political and media class handwringing over this tragedy pretend it wasn’t symptomatic of a wider systemic hatred of people who aren’t wealthy and middle class.

Linkedin
RELATED ARTICLES
OTHER ARTICLES
A 37-year-old woman shares how her abortion led her to become a clinic worker, and the abuse she’s received in that role.
For over a decade, gamblers have won big by employing people to place live bets from the court. But does this dubious method still work?
The workforce is now gearing up for industrial action after receiving a measly pay rise, reports Ella Glover.
With skyrocketing rents, packed out viewings, bidding wars and more, renting in London has never been harder.
Financial turmoil is pushing people who work in the sex industry into more dangerous and desperate situations as a means of survival.
The two-day long event returned to London this year, showcasing a spectacular parade, steel bands and Caribbean food.