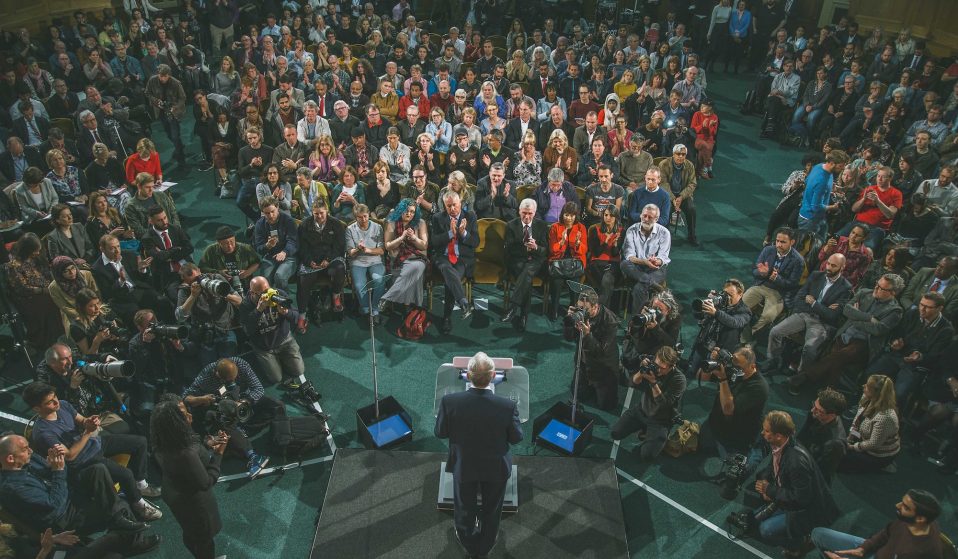 The PLP’s apparent decision to throw their weight behind a London-based male candidate feels dispiriting, if not surprising. Haven’t we been here before?

The PLP’s apparent decision to throw their weight behind a London-based male candidate feels dispiriting, if not surprising. Haven’t we been here before?

Prior to the leadership race, many figures across the Parliamentary Labour Party (PLP) expressed the view that their next leader had to be a woman. After all, the Conservatives have managed to elect two female Prime Ministers despite their numerous anti-women policies, while Labour has so far managed none.

But ambition and tribalism always trump good intentions. After the election, multiple men announced they were standing and were rewarded with a flurry of nominations. To pass to the next stage, candidates for leader and deputy leader must receive 10 per cent of current members of Parliament – 22 nominations each – by 2.30 PM on Monday January 13. Currently, six candidates have come forward: four women and two (potentially three) men, with only Keir Starmer breaching the threshold with 42 nominations so far. The only other man standing, Clive Lewis, has one nomination: himself. (When Lewis was asked about his decision to stand, he said that he “struggled” to see any women in the party with strong enough “strategies, policies and leadership.”)

There remains time for others to collect the nominations – Jeremy Corbyn only managed to get the last vital nomination with seconds to spare. But the PLP’s decision to throw their weight behind another male candidate feels dispiriting, if not surprising.

Especially because, on paper at least, Rebecca Long Bailey should be the candidate the PLP are desperate to back. She’s a woman who comes from a working-class background, a Northern town, and represents a Northern constituency. She was also the architect of the Green Industrial Revolution policy, which would see good, solid jobs that benefit the environment and post-industrial, deprived communities. Instead, she’s trailing a meek, grammar school boy from Surrey, who represents a North London constituency, and was part-responsible for the Brexit policy many believe cost Labour so many seats.

On the deputy leadership front things look a little better: six candidates again so far, four women and two men, with only Angela Rayner passing the threshold with a comfortable 47 notifications. But expecting people to be satisfied with a woman merely as deputy is an absolute slap in the face to those on the left who have campaigned for more diversity in the party they have spent hours – if not days and weeks – doorknocking and phone banking throughout a snap winter election.

More women than men vote for the Labour Party, and women have been disproportionately affected by Tory austerity cuts. Some of the most innovative and effective campaigning is being carried out by women, and especially women of colour. Women are more likely to experience persistent financial hardship, outside of the much-discussed gender pay gap in salaried positions, they are more likely to need benefits and social security, still bear the brunt of childcare and are more likely to need social housing. If Labour is to be the party of the working class, it has to accept that representing the diversity of the working class is absolutely imperative.

Both Starmer and Rayner are well past the threshold for nominations. Any more nominations for the pair are mere signals of support: many MPs voted for Jeremy Corbyn despite supporting other candidates to open up the race. They may not have been happy he won, but it seems unlikely any of the candidates running will be quite as divisive, and most candidates have accepted the membership has become far larger and also more left-wing. The right thing to do would be to ask MPs planning to nominate them to nominate those further away from the threshold to widen the race, and give the race at least a stab at delivering a properly diverse leadership team.

Linkedin
RELATED ARTICLES
OTHER ARTICLES
A new exhibitions brings together the work of photographers who documented the deep unrest of these pivotal decades.
AI companies that develop image-generators using copyrighted artwork from the internet are coming under fire from artists who say that it amounts to theft.
Since 2007, Gideon Mendel has made 20 trips to document floods in 13 countries. The result is an alarming record of what has already been lost to the climate emergency.
A recent High Court ruling against the right to wild camp in Dartmoor National Park sparked the largest land protest in history – and campaigners say their fight is not over yet.
Photographer Becky Tyrell went down to the fading banger and stock raceway to meet a community desperate to keep it alive.
Theo McInnes’s photos of the annual event provide an intriguing snapshot of contemporary Britain.