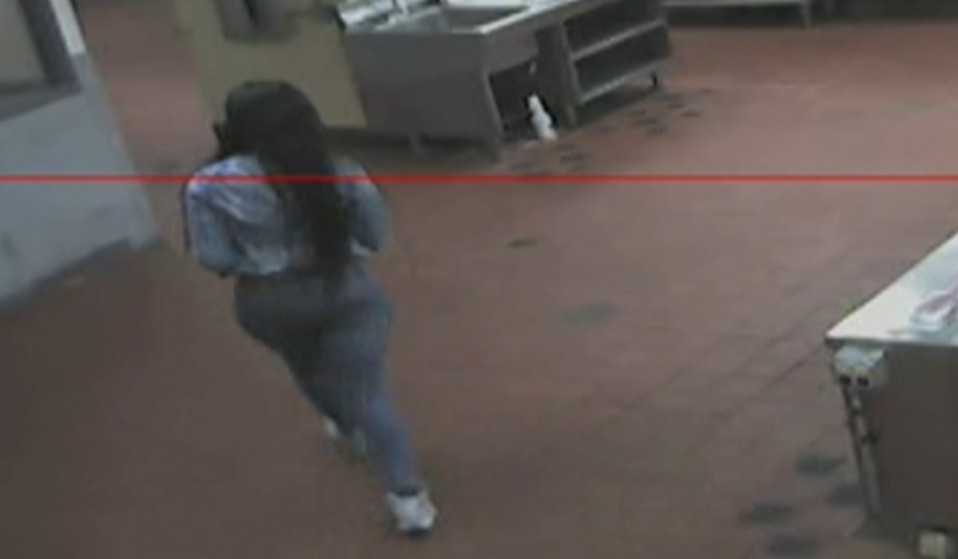 The conspiracy theories about Kenneka Jenkins' death might not help find justice, but at least they show that now when black people die society sits up and takes notice.

The conspiracy theories about Kenneka Jenkins' death might not help find justice but at least they show that now when black people die, society sits up and takes notice, explains Charlie Brinkhurst-Cuff.

On 10 September 2017, 19-year-old Kenneka Jenkins was found dead in a walk-in freezer at the Crowne Plaza O’Hare Hotel in Rosemont, a village in Cook County, Illinois. Her friends claim that she had left her phone in the room where they were partying as their group was leaving, so they went back to retrieve it, leaving her in the hallway alone – at which point she wandered off.

Since then a number of videos have been released from the night of her death, and also a wild amount of conspiracy theories. People have been acting like amateur sleuths; online Sherlock and Watson’s – developing stories which read like cut-price murder mystery novels from a back shelf at WHSmith.

In one video, Twitter users chillingly claim, you can hear Kenneka crying out for help. In CCTV of her stumbling around the hotel shortly before she apparently entered the freezer, people have been pointing out shadows and glitches, saying that she wasn’t alone.

So ain't nobody else see that arm pulling her back?? #KennekaJenkins pic.twitter.com/inSHH8D94x

It’s all too easy to make fun of these people, or dismiss them entirely. But in doing so, we miss some of the deeper implications behind the black community jumping to find explanations for her death. People die in mysterious circumstances all the time, but Kenneka is a black teenager who died under mysterious circumstances in an era of hyper-awareness, especially from black Twitter and activists in general, about the treatment of black people by the state. In a twisted way, it reminds me of all the support OJ Simpson and Bill Cosby have been given, even when people didn’t dispute their misdemeanours (to put it lightly).

Think back to March, when a viral Instagram post claimed that 14 black girls went missing in Washington DC in 24 hours. Although this proved to be untrue, as some of the girls had been missing for years and weren’t even from DC, what the story did bring to the fore was that there is huge disproportionality when it comes to missing black children in the US. According to the Black and Missing Foundation, 36.7% of missing people under the age of 17 are black. This is terrifying, considering black people only make up 13.3% of the US population.

And beyond the figures which are shocking in and of themselves, just as in the UK, a blonde, blue-eyed child like Madeleine McCann or Ben Needham is going to get far more attention from the media than a black girl.

As put by activist and writer Shaun King: “Thousands and thousands of young black girls and women are missing all over the country, but most people can’t name a single one of them… We don’t see primetime television specials on them. Their images don’t become permanent fixtures on Twitter. Their names don’t get hashtags or trending topics.”

The evidence to our mistreatment is all there. A recent study from Georgetown University earlier this year revealed that black women in particular are seen as being less innocent, need less nurturing than white girls, need to be supported less than white girls, and particularly worrying, know more about sex than white girls. We are a demographic that is at a significant disadvantage if we do happen to be exposed to any bad fortune – such as being left wandering the halls of a deserted hotel.

People often don’t see us as in need of help; it was rightly highlighted after her death that Kenneka was reported as being a “woman” rather than a teen in headlines.

A Chicago woman was found dead inside a hotel freezer about a day after she had gone missing from a party https://t.co/VoDz070hjn pic.twitter.com/L1joylr3QX

The fact of the matter is that when we do die at the hands of the state, people tend to care less – hence ventures Kimberly Crenshaws #SayHerName campaign, launched to bring awareness to the fact that “although black women are routinely killed, raped, and beaten by the police, their experiences are rarely foregrounded in popular understandings of police brutality”.

So the reaction to Kenneka’s death totally makes sense. It is in direct opposition to the usual treatment black women receive by the public, the state and the media. And while misinformation and wild theories are going to do little to help Kenneka’s family get the answers, and perhaps the justice, they deserve, to me at least, some of these conspiracy theories don’t seem that far-fetched.

Her family’s statement make one thing clear: the truth has yet to come out.

Linkedin
RELATED ARTICLES
OTHER ARTICLES
A new law change is enabling Britain’s donor-conceived children to know the truth about their origins – but campaigners say the fertility industry must do more to protect people.
A new podcast is opening up the conversation between trans women and trans amorous men in the hope of building coalitions.
AI companies that develop image-generators using copyrighted artwork from the internet are coming under fire from artists who say that it amounts to theft.
After blocking the Scottish government’s gender recognition reform bill, Westminster is now devising further changes to the law to make it harder for trans people to self-identify.
Filmmaker Laura Poitras discusses her new documentary which traces the remarkable life of the artist-activist and the impact of her battle against the US opioid crisis.
Activists and campaigners are fighting back against new laws that would seriously undermine the ability to take industrial action, calling it an attack on fundamental workers' rights.