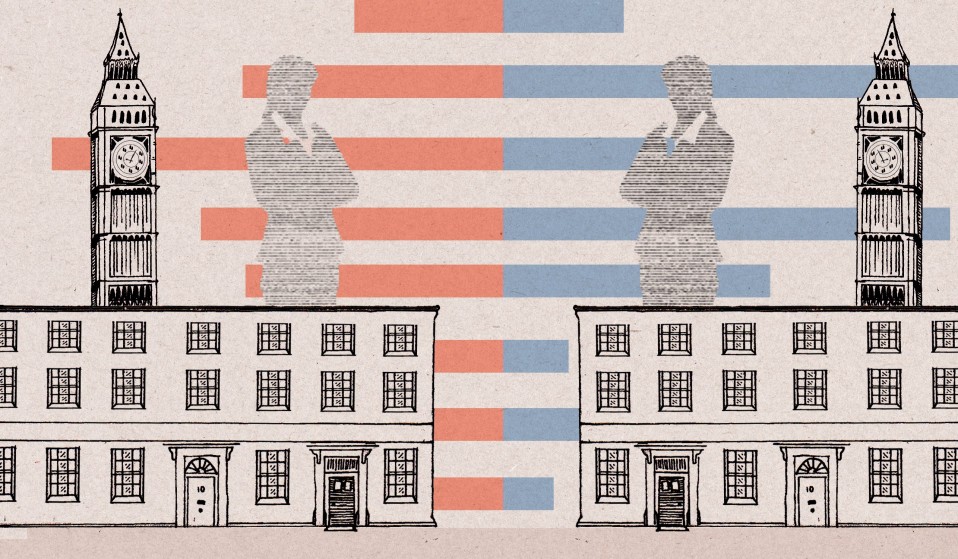 Labour MP Laura Pidcock has been criticised for saying she has no interest in making friends with Tory MPs, but Abi Wilkinson believes she has a point.

Newly elected Labour MP Laura Pidcock hit the headlines this week when she said she didn't want to hang out with Tory women in Parliament. The criticism raised against her misunderstands both the role of Conservative politicians and the fundamentals of friendship, argues Abi Wilkinson.

Before I start this article properly, here’s the obligatory disclaimer: some of my best friends are Conservative voters. Well, maybe not best friends exactly, but acquaintances I’m happy to chat with. I sometimes find it hard to understand the assumptions underpinning their worldview, but I’ve spent enough time around Tories (including proper, paid-up party members) to know they aren’t all cruel and spiteful people.

Also, my ex-coalminer grandad votes UKIP. I think I actually do understand most of the assumptions underpinning his worldview and some of them aren’t particularly admirable. I still love him, though, because that’s just how it is with family, isn’t it? You don’t get to choose them.

Friends are different. Throughout your life you encounter people in a range of different situations: at school or university, in the workplace, while attending various social events, when you’re throwing up in the toilets after a long night at the pub. For the most part, your interactions are limited to times when circumstances bring you together. Only in a minority of cases do you really click with someone and actively seek out their company.

It’s hard to pin down exactly what what the magic formula is, but it seems you usually have to have something in common. A ribald sense of humour, perhaps. Or a similar general attitude to life. An interest that you both enjoy discussing endlessly. Shared values of some sort are useful if you’re going to form a real emotional connection. The ones that matter most depend on your personal priorities.

Roughly a week ago, Labour MP Laura Pidcock said in an interview that she doesn’t want to “hang out with Tory women” in Parliament. The 29-year-old was discussing the support she’d received from one specific group of Labour colleagues, who have invited her to join a WhatsApp group and offer advice on “anything from procedure to women’s issues”. A barrage of criticism followed, with numerous pundits expressing disapproval at her attitude. Comments she previously made about Tory MPs were taken out of context and presented as evidence she sees everyone who has ever voted Conservative as “the enemy”. Her actual point – that she has already friends she chooses to spend time with and is in Parliament to “be a mouthpiece for [her] constituents and class” rather than to socialise – got lost.

There are two broad, related criticisms of Pidcock’s stance which seem to have become muddled. The first is that by ruling out friendship with MPs from the other side of the House, she’ll limit her ability to engage in potentially productive cross-party work. The second presumes there is no relevant difference between Parliament and any other workplace or social context, and posits that writing off a whole group of people without getting to know them individually is simply narrow-minded.

Both of these arguments rest on a very particular understanding of what politics actually is. Cross-party work is only possible so far as there is an overlap in goals and priorities. Pidcock has since clarified that she will “work with a Tory if it is going to benefit the people in [her] constituency” – but argues that basic ideological differences make the possibilities for cooperation limited. She notes that she has already attempted to reach out, but when she “asked them to sign [her] letter asking for a pause to Universal Credit” she was ignored, and describes Conservative MPs as “ambivalent to the suffering of [her] constituents”.

Many such MPs would doubtless object to this characterisation, but this disagreement is at the heart of the conflict between Conservatives and the left. Publicly, at least, Tories tend to argue that their policies are the only logical option in the circumstances that exist. Austerity might hit the poor hardest, but that is just unavoidable. We simply have to balance the books. The way the economy works now is the the only way it can possibly work. To see politics as fundamentally conflictual, as Pidcock does, you need to believe that more than one possible alternative exists.

The Conservative Party is understood as representing capital, i.e. the interests of its wealthy donors. Labour, which is funded primarily by trade unions, represents the interests of workers and other ordinary people. Things that are good for workers (e.g. a higher minimum wage, trade union rights) are often a threat to capitalists’ profits. Cross-party work might be possible on some specific issues, but from Pidcock’s perspective this core disagreement is crucial.

If you do understand politics this way, the idea that Parliament is just like any other workplace seems absurd. Civility is definitely possible. And there’s no reason you can’t chat happily about family, holidays, TV and other light topics with someone of a different ideological persuasion. How close a friendship can you form with someone whose role it is to further an agenda you consider seriously harmful, though? One which you believe you were elected to fight against? Putting politics to one side and focusing on the things you have in common is far easier in an environment where politics isn’t the entire purpose.

Of course, there’s a chance Pidcock warms to some Conservative MPs as her political career progresses. Human relationships can be funny like that. Either way, she has no duty to adopt the managerial approach of many of her critics.

Leftwingers are often accused of stoking class warfare. Most would respond this conflict exists whether or not they participate – what they’re condemned for is fighting back. Occasionally, we’re given glimpses into the mindset of certain Tories which suggest its not only the left that sees things in these terms. Yesterday, a leaked WhatsApp conversation showed members of the already fledgling new Conservative youth organisation Activate joking about “gassing chavs” and “shooting peasants”. The participants discussed using poor people “as substitutes for animals when testing”, and one commented that “vermin often populate at high rates”.

While I don’t believe this sort of class hatred is typical of Conservative party members, a string of similar incidents suggest it’s not entirely isolated either. Earlier this year, members of Cambridge University Conservative society were filmed burning a £20 note in front of a homeless man. Some of the responses to Grenfell Tower residents have been venomous. I can pass the time with someone who is detached from the consequences of Conservative policy, or ideologically blinded to possible alternatives. But if someone laughed about “gassing chavs” in my company I’d want nothing to do with them ever again.

Basically, I agree with Laura Pidcock. I think Conservative policies cause immense amounts of preventable suffering and care deeply about economic justice. My personal and political goals are almost inextricable. I enjoy talking to people with different views and find it useful to challenge my own assumptions, but is it really unreasonable that I’m more likely to form close friendships with individuals who’re roughly on the same page?

Linkedin
RELATED ARTICLES
OTHER ARTICLES
The Philadelphia local has made a name for himself capturing the hardcore scene – and over more recent years, he’s been ramping up his coverage of the fight for social justice.
We’re celebrating the inspiring individuals and activist groups who’ve been building a better future in 2021.
Leading art critic Robert Storr reflects on the photographers – from Seydou Keïta, to Malick Sidibé, to Carrie Mae Weems – who helped to transform and redefine the medium.
During the pandemic, Made In Hackney launched a meal service that has since proved vital for many, made up of vegan dishes that reflect the borough‘s cultural diversity.
In 1984, Martin Shakeshaft set out to document the miner’s strike as it really happened, using his photography as a tool for activism.
As the pandemic forces droves more people into hardship, landlords and letting agents are capitalising on our worsening housing emergency.