News & Politics / Opinion / My life as a transgender woman in Russia

Russia is widely regarded as one of the most homophobic nations in the Western world. Following the enactment of a law against ‘gay propaganda’ in 2013, hate crimes against members of the LGBTQ community have soared, especially murder and serious violence. Transgender people are arguably even more of a target, given Russia’s culture of rigidly enforcing gender roles. 27-year-old Eva Borisov explains what it’s like being transgender in such an intensely hostile environment.

Russia is widely regarded as one of the most homophobic nations in the Western world. Following the enactment of a law against ‘gay propaganda’ in 2013, hate crimes against members of the LGBTQ community have soared, especially murder and serious violence. Transgender people are arguably even more of a target, given Russia’s culture of rigidly enforcing gender roles. 27-year-old Eva Borisov explains what it’s like being transgender in such an intensely hostile environment.

Even as a toddler, I was acutely aware that I was a girl trapped in a male body. Being transgender is difficult whatever country you’re born in, but in Russia it’s especially dangerous. The Russian people have a very low tolerance for difference of any kind, which meant that I was bullied for being feminine all throughout my time at school. The constant mocking and sneering that I received from my classmates made me feel extremely depressed, but looking back now I know that it was a product of their own ignorance and reflects badly on them, not me. Nevertheless, it was still very unpleasant to be teased relentlessly every single day about how girly I was.

Russia’s strict religious culture and lack of education about gay and transgender issues makes many of its citizens extremely hostile towards anybody who is gender non-conforming. There were no other LGBTQ people at my school, and I had no one to turn to for support. I was 20 years old before I told anyone that I was trans. My parents took the news particularly badly, telling me that I was dead to them and that they didn’t want anything more to do with me. I’ve had little communication with them since then.

I came out to my friends two years later and received a similar response. Nobody wanted to know me anymore; I was left totally alone. Fortunately, I soon realised that I’m able to pass as a biological female when I’m dressed in girls’ clothes, which meant I wasn’t exposed to the same levels of negativity from people I didn’t know while walking the streets. Some of the less convincing transgender girls in Russia don’t have things as easy. Many of them remain in the house as much as possible, or stay dressed as men because they’re scared of being beaten up, which is probably what would have happened if I’d been recognised as trans while out in public. Homophobic attacks are commonplace here.

That’s not to say the fact that I’m so passable completely protected me against violence, though. One day, a group of men recognised me from my profile on Russian social media website VK, which is our equivalent to Facebook. They must have seen something on my page that indicated that I was transgender, because they viciously beat me and my ex-boyfriend. I was left with a concussion and my ex’s ribs were hurt.

My ex-boyfriend decided that it would be best to avoid reporting the incident to the police because the cops here can’t be trusted. The authorities generally offer little protection to gay and transgender people. I’ve heard a lot of stories about police brutality, including one occasion where riot police apparently stormed a gay club and beat everyone up. Hearing those allegations makes us feel unable to turn to them for help. 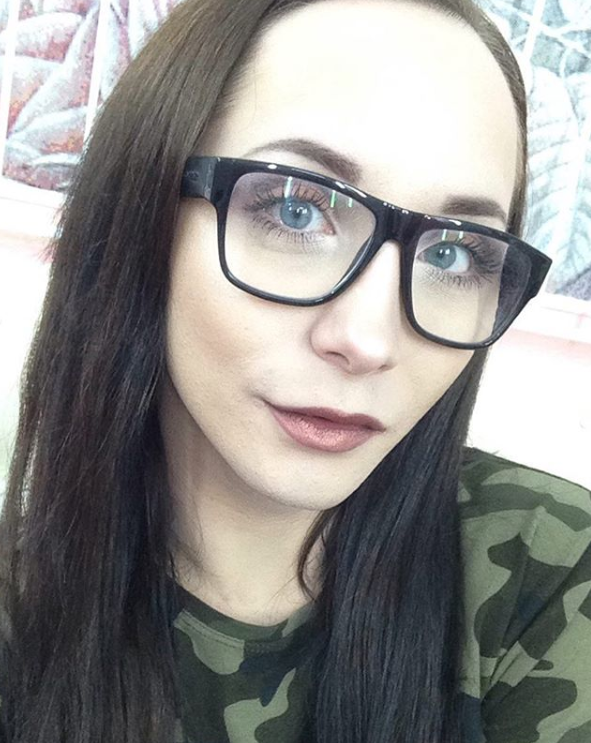 Some people might have been intimidated by the violence I was subjected to and scared that our attackers would track us down again, but I’ve never been afraid of anything in my life. I have continued to live as an openly transgender woman, and I don’t allow myself to be bullied into hiding away.

I’m still aware that telling people you’re trans can have terrible consequences in Russia. Some people will immediately become hostile upon hearing this without asking questions first. This makes it risky attempting to find a boyfriend. Many men here don’t react well to finding out that a girl they’ve been talking to is trans. Lots of guys also view transgender women as sex objects. They’re willing to sleep with us but not to have serious relationships with us, which is yet another hurdle for us to overcome. In spite of that, I’ve still managed to find long-term boyfriends in the past – although the last one cheated on me and I’ve been alone for a year now. I would like to find a good man who loves me for me to settle down with one day.

Identifying as transgender is currently classed as a mental illness by the Russian government. Both the public and the authorities think we’re sick and that we need to be cured. Such attitudes make it hard for us to find employment, and make it difficult to meet other LGBTQ people. We risk troublemakers turning up at gay clubs to attack us and bigots pretending to be gay on dating apps so that they can beat us up when we go to meet them. Despite this, I’ve still managed to make a lot of good friends via apps and at gay clubs throughout the years. They’re mostly gay, transgender or cross-dressers, although I’ve also met some heterosexuals who are okay with me being trans. They’ve replaced the fake friends who abandoned me after I told them about my gender identity. Those friends weren’t worth having in the first place and in hindsight I’m glad I severed all ties to them. If you aren’t willing to stick with me through thick and thin then you aren’t really my friend.

Although I’ve found a circle of pals within the LGBTQ community that accept me, there’s actually a great deal of transphobia amongst gay people in Russia. Some gay men can dislike us because we aren’t men, and some lesbians don’t like us because we aren’t biologically female. I wish Russia’s LGBTQ population was one big happy family, but this simply isn’t true. We’re a minority within a minority, which means we face an additional layer of prejudice that cisgender gay people don’t experience.

Some of you might be wondering why I don’t just leave the country, given that it’s so difficult for me to be open about who I am here. I’ve thought about travelling abroad, but I wouldn’t be able to speak the language anywhere else and might struggle to find work. I’d imagine it isn’t as easy as some might think it is to start a new life overseas. I want to start a family at some point though, and it’s illegal for gay people to adopt children here, so I might still go to another country at some point. Only time will tell.

Although it’s unquestionably harder to be transgender here than it is in some other places, not everything about being trans in Russia is negative. One of the main plus points to living here is that hormones are easy to get hold of. I can buy them at the chemist without a prescription, which is great. I’ve been taking them for three years now.

There’s also the faint hope that the situation might someday improve. I think if parents tell their children about transgender people and kids are taught about them in schools, it could reduce the levels of ignorance about us and make the population here more tolerant. Every country has to start somewhere, and I hope that one day we’ll be able to achieve the levels of tolerance that exist elsewhere. Until then I’ll continue to be me, because that’s all that I can be.

Linkedin
RELATED ARTICLES
OTHER ARTICLES
Those set to be impacted by the governments ’undemocratic’ bill explain why it risks silencing them.
As the role of the nuclear family is increasingly called into question, people are finding new ways to exist outside heterosexist norms.
A new book traces the legislation’s tumultuous history and the lasting impact its had on LGBTQ+ activism today.
Photographer Melanie Nissen recalls capturing the characters, fashions and rarefied chaos of a rapidly-expanding set of punk bands who helped to redefine the genre.
From Brooklyn gang members, to Welsh miners and the residents of East Harlem, Bruce Davidson used his camera to shine a light on the most marginalised.
The New York MC reflects on his experience with Trumpian US immigration policy, and how it impacted his career.