Issue Archive / Why imagination is key to building a fairer future 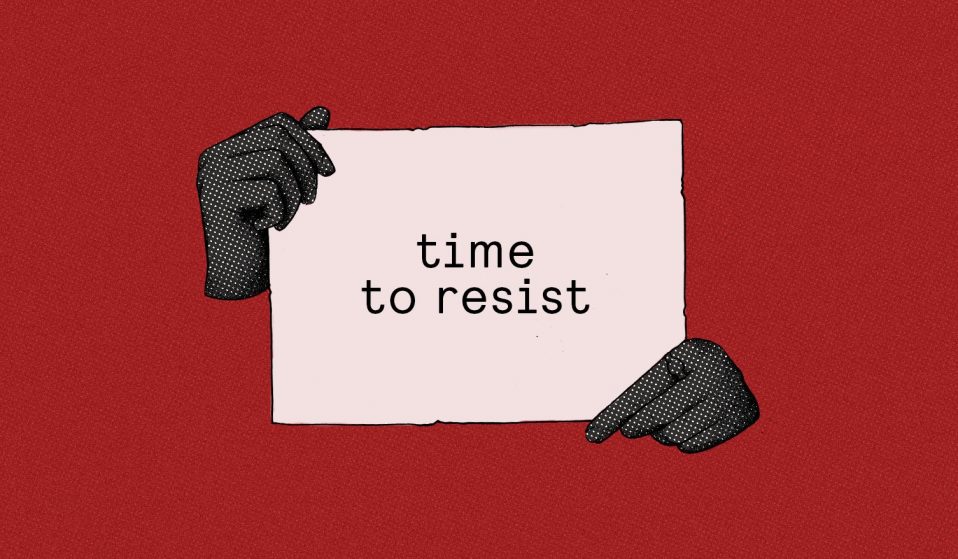 When limiting our thinking to what’s ‘sensible‘, we play right into the hands of those upholding the status quo. A better future is possible – we just have to dream bigger.

By limiting our thinking to what’s deemed ‘sensible‘, we play right into the hands of those upholding the status quo. In response, writer Nathalie Olah is issuing a rallying cry: a better future is possible, we just have to dream bigger.

I have considered lots of ways of opening this piece that didn’t include a clichéd mention of Thomas More’s Utopia. The word begins with More after all, and its protagonist, an island of the same name, remains inescapable as the most famous instance of an imagined, idealised society.

But More’s Utopia is also obsolete, positing slavery among several other ideas that sit squarely outside present-day morality. In this sense, it serves to remind us of the fallibility in all people – our blind spots and oversights – as well as the truth about autocracy more broadly: that no individual person is fit to completely redesign society. Personally, I’ve also never been that interested in the oversimplification that’s involved in any utopian narrative.

Despite this, a few of its features allow More’s Utopia to endure in the minds of people striving for a fairer world. The first is the idea of shared ownership. In recent months we’ve seen a resurgent interest in this idea. The young people now demanding a stake in the means of production across a wide number of industries would have been unthinkable in Britain and America only a few years ago. This is down to the transformation of both societies under neoliberalism – the very particular strain of free-market capitalism that has reigned since the days of Ronald Reagan and Margaret Thatcher.

Which brings me to another thing I find interesting about More’s Utopia: the act of imagination that went into its creation. It is an act of imagination that has been rendered almost impossible today. Instead, we are used to something much more reactive – a school of thought that accepts, unflinchingly, the logic of the market, and seeks only to reform society within the scope of what is economically viable. This thinking fails to accept the fact that capitalism is always discriminatory, reducing everything to a system of financial equivalence. The end point of this is always the undervaluing of entire demographics and communities.

This short-sightedness has defined the past three decades of British and American politics, based on the false notion of endless growth, as well as the unlimited supply of natural resources. While centrists rail against what they judge to be the idealism and naivety of the Left – presenting themselves as the commonsensical ‘grown-ups’ – they fail to heed their own glaring oversights. Far from being ‘natural’ or ‘inevitable’, theirs is a philosophy engineered by the right-wing political projects of the 1980s, which went to great lengths to posit market thinking as inescapable and inevitable. This was subsequently picked up by the affluent – the middle classes find multiple ways of normalising the systems of capital in order to preserve their own place within the class system. (See popular idioms such as: ‘Dog-eat-dog’, ‘It’s every man for himself’, and perhaps most significant in recent years, ‘There’s no such thing as society’ – and later, class.)

But there was nothing natural or inevitable about our present situation – of widening inequality, shortages, insecurity and anger. It was the creation of a privileged few, dedicated to preserving the reality that they knew, all the while disregarding the needs of the majority. We talk about how bad things are, but it’s important to remember that we are all living in somebody else’s paradise. Somebody else’s utopia. For a minority of people with access to wealth, this is the best of all possible worlds – the suffering of those at the bottom a precondition of its existence.

One of the main contentions of my book is that all of this has made any kind of alternative reality seem unthinkable. Since the 1980s, the window of acceptability has been pulled so far to the Right as to make the Left seem unthinkable, and bad. But the malaise is slowly starting to fade, and in its place a generation is emerging that is determined to create a fairer and more equal society. We have a few political leaders to thank for this, as well as an economic reality that left no room for those at the poorest end to question the limitations of its logic.

In Britain, if the last four years in the Labour Party have achieved anything, it’s to reignite the fight that Thatcher smothered. As the bright, imaginative generation I describe here gains more ground, it will be the centrists – those desperately clinging to a reality that has got us into this mess and caused widespread suffering for millions – who will start to emerge as the crazy ones. Particularly with the looming and all-consuming threat of global ecological disaster.

In this sense, we can appreciate why the acts of imagination that went into the creation of works such as Utopia are now more important than ever. Only by creating imagined landscapes for ourselves can we sustain the positive momentum needed to challenge the status quo, and make the pivotal changes that will better serve the majority. This isn’t blind ideology. In fact, in the current climate, imagination is the only sensible approach.

By limiting our thinking to what is possible under a programme prescribed to us, we undervalue our short time here on Earth. By doing this, we deny our role in history, our ability to change things and our responsibility to make the world a better place. The climate emergency will have a hand in smashing the complacency that underpins so much centrist posturing. But thanks to the reawakening of socialist feeling across the Western world, and thanks to a few seminal spokespeople – among them Jeremy Corbyn, Bernie Sanders and Alexandria Ocasio-Cortez – we are also becoming better informed on the methods to enact that change.

As we face another round of US and UK elections, we have to reject the idea that only the most ‘sensible’ ideas by centrist logic will prevail. This is a constant and ongoing fight, but whether we achieve electoral success or not, we’re reminded of the most sensible words ever spoken by the great British politician Tony Benn: “Every generation must fight the same battles again and again. There’s no final victory and there’s no final defeat.”

Steal as Much as You Can: How to Win the Culture Wars in an Age of Austerity, is out now on Repeater.

Linkedin
RELATED ARTICLES
OTHER ARTICLES
As the Scottish government announces a rent freeze, an activist with Living Rent who fought and won shares how they did it, and what must come next.
Ahead of the release of their first collaborative album, the producer and rapper talk psychedelics and the state of UK hip hop.
A group of young Palestinians have found temporary freedom in the act of parkour, reimagining wreckage and ruins as a series of high-octane playgrounds.
Thousands attended the annual event this year to wheelie through the city and call for ‘knives down, bikes up’.
Photographer David Corio’s archive offers a glimpse inside a revolutionary era of music and nightlife.
Financial turmoil is pushing people who work in the sex industry into more dangerous and desperate situations as a means of survival.