News & Politics / Opinion / Oxi, outrage and optimism: what is life like for young, creative Greeks today? 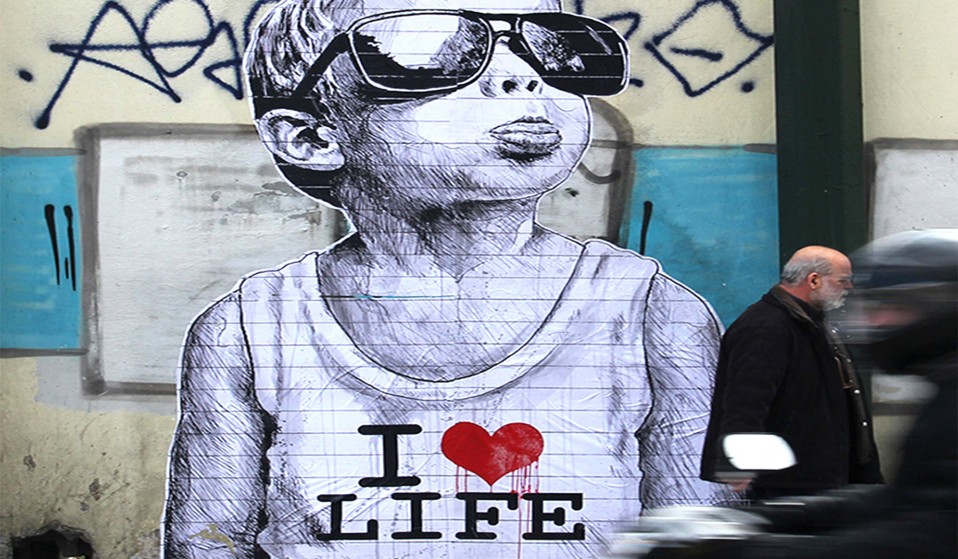 A year ago, Greece’s first radical left government promised to end austerity. They failed. But has anything changed? Skaters, street artists, illustrators and photographers explain the situation through their eyes.

A year ago, Greece’s first radical left government promised to end austerity. They failed. But has anything changed? Skaters, street artists, illustrators and photographers explain the situation through their eyes.

Greece was the European country hit hardest by the credit crunch in 2008. A banking crisis soon became a debt crisis and Athens’ Syntagma Square was filled with riot police and tear gas day-after-day. The austerity “medicine” imposed by the EU, ECB and IMF (the troika) cut Greece’s economy by a third and in turn created an acute social crisis that continues to this day.

So, where are we now? What’s not in doubt is that the crisis has young people hardest – youth unemployment sits above 50% – with many predicting a “lost generation”. But does any of the political theatre matter to young, creative people on the ground? 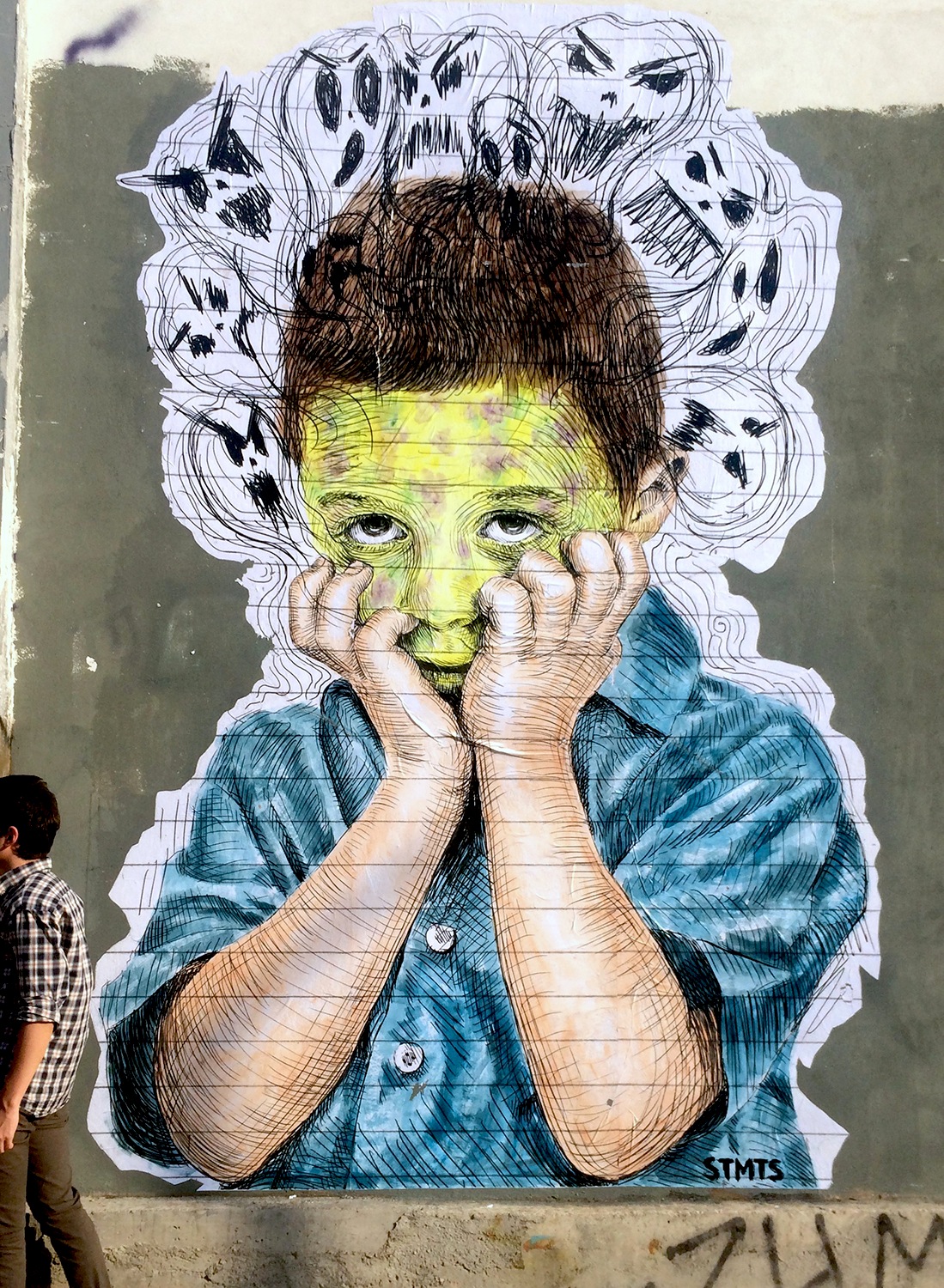 In January 2015, Europe’s first modern radical left government, Syriza, was elected on a promise to end austerity and reassert Greece’s control over its economy. After months of playing hard-ball with the troika, they announced a referendum: 62% voted Oxi (no) to more austerity – only for Syriza to buckle under pressure and accept another bailout weeks later.

“A year on, the Syriza party is faithfully implementing the austerity policies that it once decried,” writes former Syriza MP Costas Lapavitsas. “[Syriza PM] Tsipras has jettisoned his radicalism to stay in power at all costs. Greece is despondent.”

So, has anything changed? Will anything ever change? As Greece suffers through its fifth year of austerity – with no end in sight – what does the future hold?

To find out, we spoke to skaters, street artists, illustrators and photographers to see life through the eyes of young, creative Greeks.

Sophia is from Athens, but lives in London. She creates work based around an Absurdist perception of the weak line between truth and illusion. 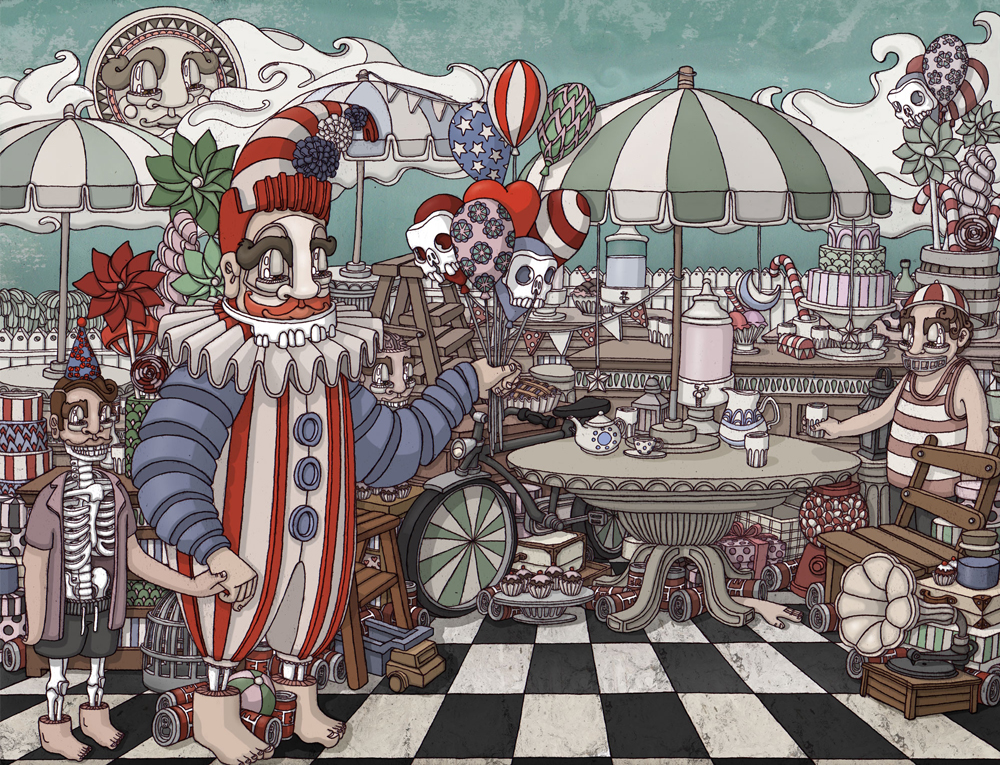 “I went back to Athens for Oxi vote. It struck me how easy it was for our corrupt government to split the people of Greece and make them turn on each other. There was animosity and aggression between the yes and no camps, at a time when we are supposed to stand together against the common enemy: a government that steals from its people and lies to us and the EU, which has pushed us into this difficult situation.

“Eventually it didn’t matter to me whether the vote was yes or no. I was angry that the government pretended to let its people decide their fate, but ultimately decided for them. I felt that it humiliated the concept of democracy which we invented, making us seem even more foolish and undignified. Greeks remained divided. 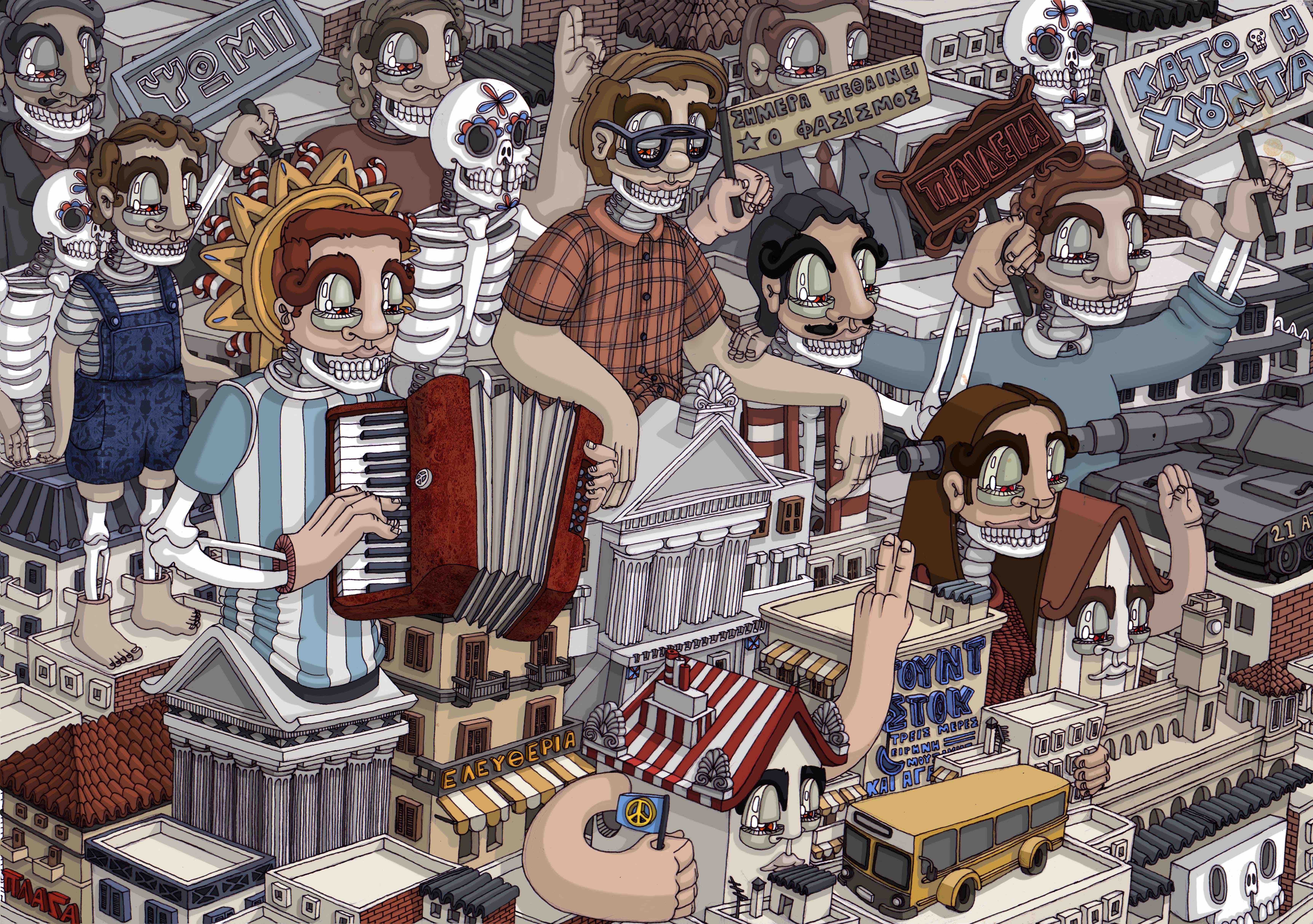 “I made this illustration to remind the Greek people of a time when we stood up against an oppressive and unjust government: the Athens Polytechnic uprising in 1973 (above). I wanted it to serve as a reminder of all the times Greeks have come together against a common enemy and how they have been victorious in winning back their freedom through unity and sacrifice.

“The more I visit my home country, the more I realise that I will probably never be able to return. And I want to because I miss it everyday, but I think a lot of other young Greeks who left in hope of a better future have felt the same way. Right now, people in Greece working in healthcare, law and particularly the creative industries, are having a hard time so it will be a very long time before myself and other artists will be able to make even a basic living there.”

Born and raised in Athens, STMTS is studying Fine Art at the Athens School of Fine Art. Alongside doing street art, he works as a visual artist and collaborates with artists and galleries in Greece and worldwide. 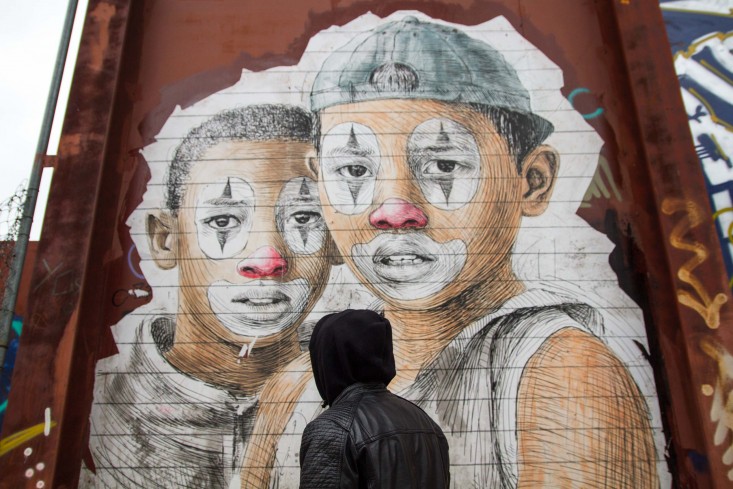 “My work is about kids and joy in the streets. I choose to draw young people because I found this is the most innocent and pure age for human beings. As I began to paint, with the crisis here, I began thinking more philosophically about life, our basic needs and what is really important. Drawing kids, I can give them power and make this contrast through satire and humour with those who really do hold power. It’s a great way to explore my critique of what’s happening and go through all the emotions we experience: sadness, happiness, joy, laughter. The kids are my heroes and my tool to spread my thoughts and messages about this world. 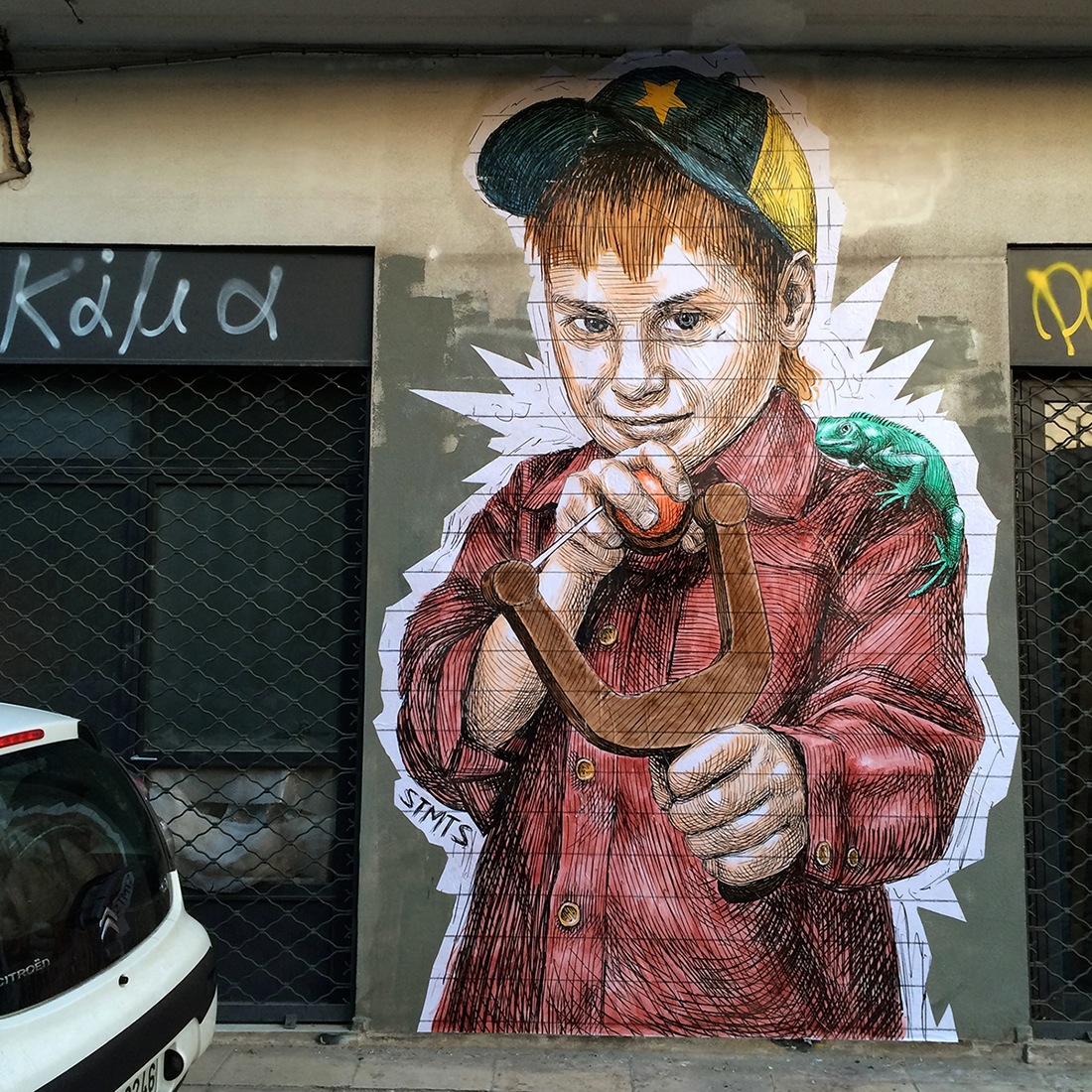 “From the economic point of view, maybe it’s a difficult time for Greek artists but young people have a big weapon in our hands: the internet. The internet means you can’t be closed in this country. A lot of my collaborations are outside of Greece and sometimes out of Europe. It’s easier to travel, meet people and share ideas. If you want to stay here and only do work here, it’s tough. But there’s a creative mood in this city and that’s why I choose to only do street art in Athens. I think if you’re creative you’ll find a way – the crisis can’t stop you.”

“I don’t focus on politics, but that doesn’t mean I don’t see what’s happening. I don’t believe the government is going to save my life – and I’m not waiting for them. When they took on the EU, some masks came down and we saw more clearly what really happens in Europe. Maybe people believed the new government was a new hope… but Greeks can’t just wait for the government to change our lives. We have to take our lives in our hands and fight for bigger things. I don’t want people to just be waiting.”

Eirini is a documentary photographer who’s shot for New York Times, Le Monde The FT Magazine and others on projects from Muslims in America to NYC subway musicians. After eleven years studying and working as photojournalist in New York, she returned to Greece to cover the economic crisis – driven by a sense of responsibility to document and bear witness to this complex moment in her country’s history. 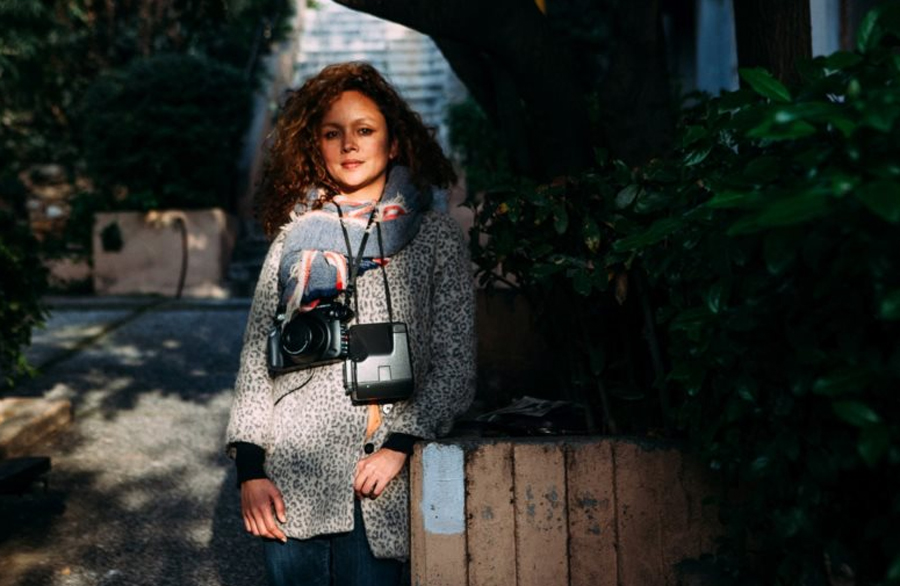 “I consider myself very fortunate to work with international media as I do not have to depend on my living through working with Greek media, which is obviously being hard hit by the crisis. The irony of my job is that the worse it gets for Greece, the more work I am likely to have as the media is more interested in the situation here when it is grim. So journalism is one of the few industries in Greece which has profited from this crisis. As a Greek, this is obviously bitter-sweet for me but I wanted to witness this time first-hand and feel it is both my responsibility and an honour to document this tumultuous time in our history.

“But after countless assignments reporting on the same things for many newspapers I got very tired of the typical news coverage, so my personal work has moved away from classic reportage. I felt it was important to find a different way to voice my own reflection on what was happening and to rediscover the stripped aesthetics of everyday Athens, my memory of which is very clear. 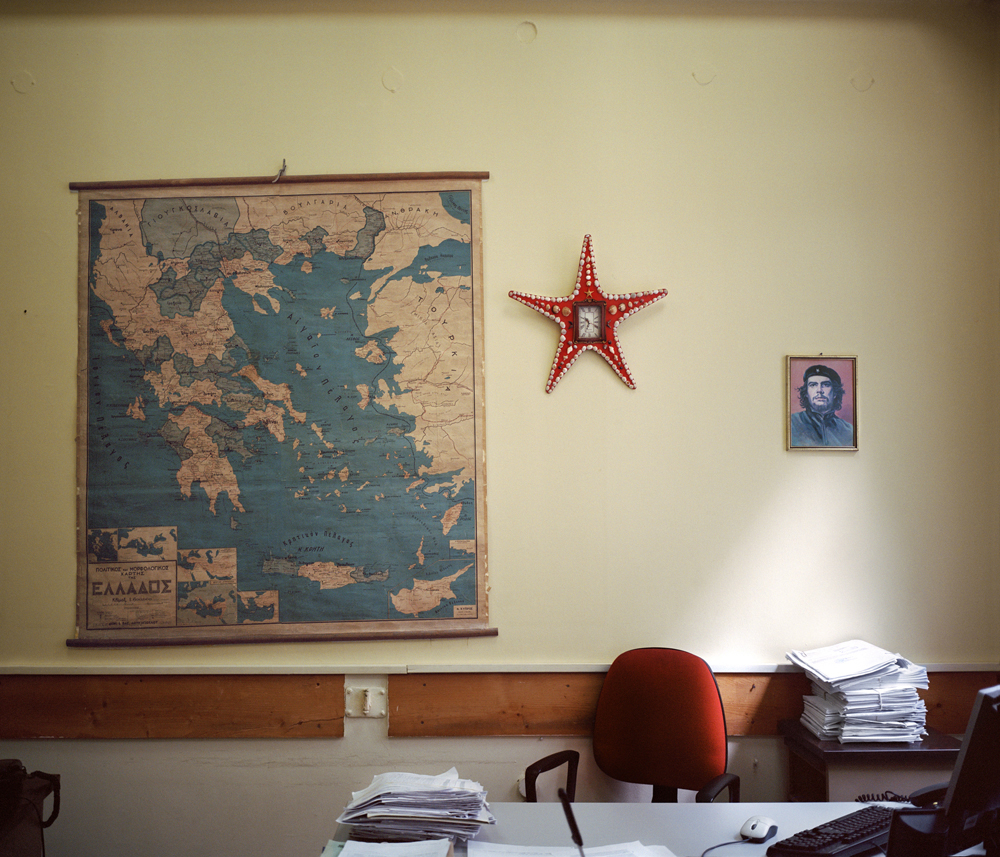 Office, Ministry of Development – from the In Waiting series.

“I decided to shoot on medium format film again and began my project In Waiting, which is an examination of Athens and its role as a physical stage for the economic crisis. Primarily, I am exploring the interiors of government buildings, institutions, and schools to question how these spaces reflect modern Greek culture and character. Spaces which once seemed banal or unimportant, now reveal nuances of Greek reality and have social and political implications. Like the Greek people, these places exist in anticipation of their future.

“Historically in art, when a country is in crisis there is a surge of creativity and this is definitely happening here. Many people are now calling Athens the new Berlin as artists, especially from London have flocked to the city. I consider this a good and a bad thing as this multicultural creative energy is uplifting, but I wouldn’t want this to take away from the value of Greek artists who have been living here and working hard to get their art out for years, but hopefully all this new interest in the art scene in Greece will help local artists too.”

Jerry created the free SkateYou app, which gives skateboarders across the globe a platform to share and discover new skate spots, photos and videos. When he’s not on the road, he’s based between in Athens and Monaco. 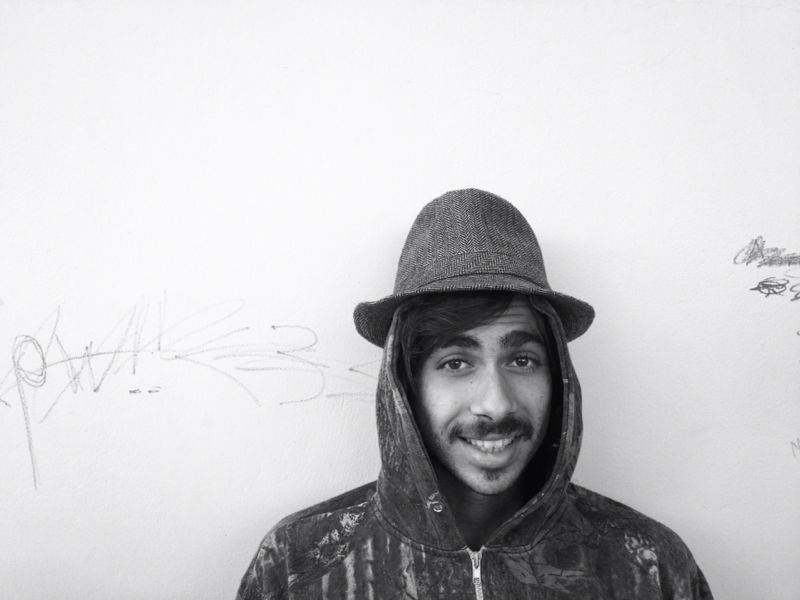 “Unfortunately, [surviving in Greece] is hard-to-impossible, due to the political, economical and remarkable social crisis that surrounded this beautiful country. As for young entrepreneurs and creative minds, the situation is, in one word: challenging. I don’t want to use the tired expression, ‘What doesn’t kill you, makes you stronger’, but yeah, it kind of does. Everything is so corrupted here. 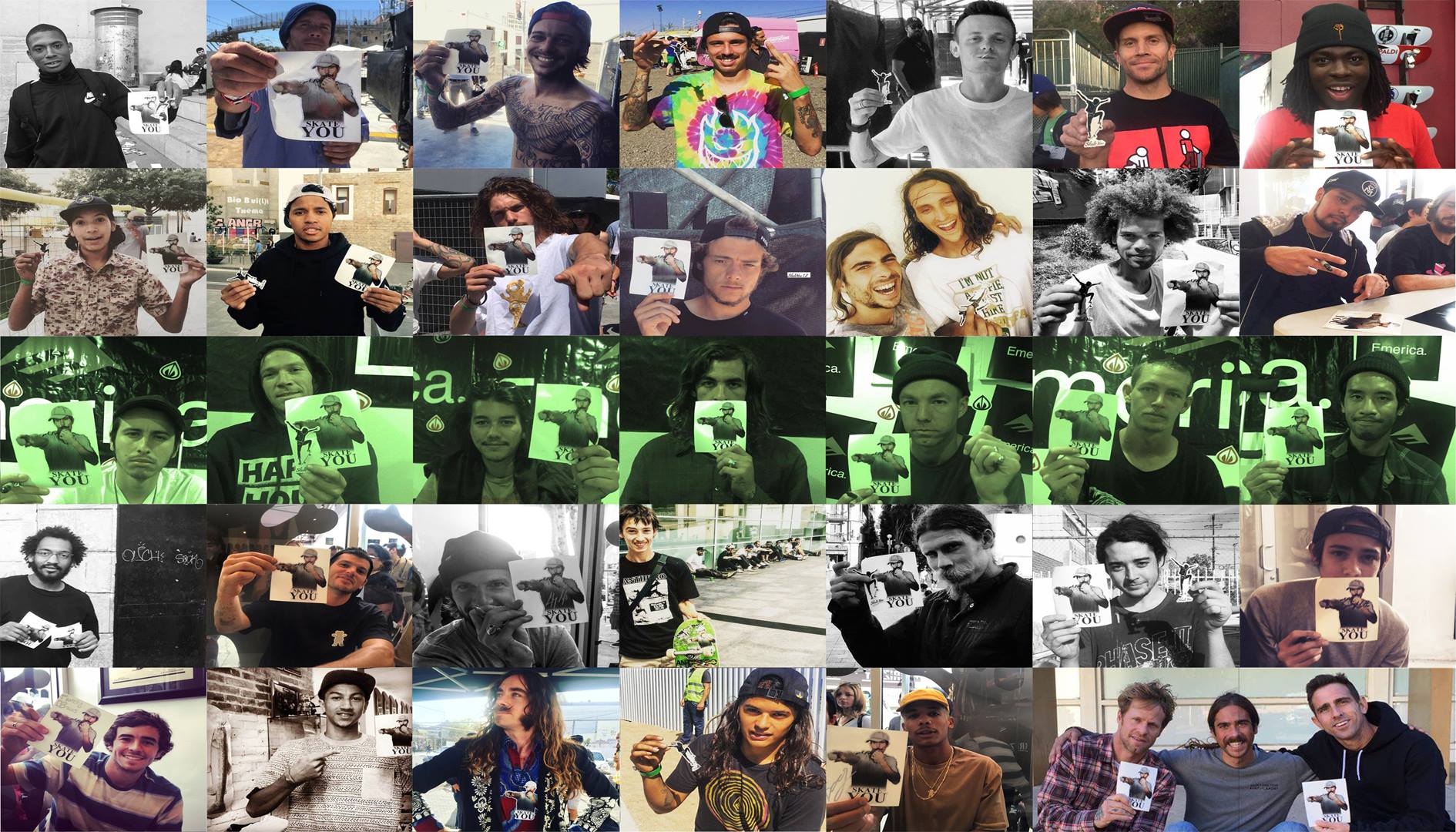 “Opportunities on offer for young Greeks are limited-to-none. Greeks need to chase an opportunity, where in other countries people just have to grab them at the right moment. I would like to see a reborn country – not just some superficial changes. In order to be reborn something must die.”

Linkedin
RELATED ARTICLES
OTHER ARTICLES
Photographer Melanie Nissen recalls capturing the characters, fashions and rarefied chaos of a rapidly-expanding set of punk bands who helped to redefine the genre.
In 1984, Martin Shakeshaft set out to document the miner’s strike as it really happened, using his photography as a tool for activism.
Jermain Cikic reflects on his experience of visiting the island of Samos, Greece, in the summer of 2021.
Those set to be impacted by the governments ’undemocratic’ bill explain why it risks silencing them.
The internet furore surrounding a certain NY-based furniture designer should make us question whether condemning people in the harshest possible terms harms more than it helps.
Leading art critic Robert Storr reflects on the photographers – from Seydou Keïta, to Malick Sidibé, to Carrie Mae Weems – who helped to transform and redefine the medium.