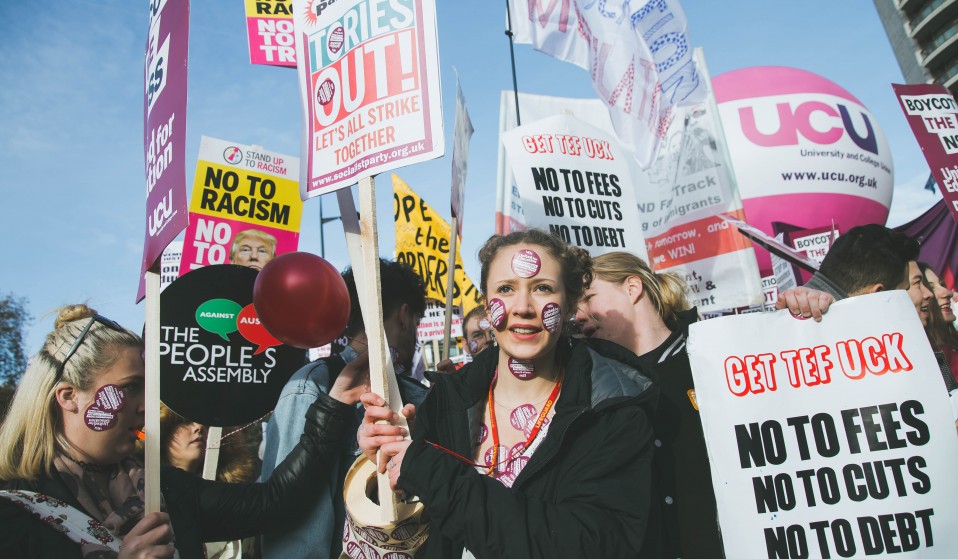 The half-arsed Conservative plan to slightly cut tuition fees is an attempt to woo young voters, showing just how deluded the Tories really are.

The half-arsed Conservative plan to slightly cut tuition fees is an attempt to woo young voters, but all it shows is just how deluded the Tories really are.

What could the Conservative Party do to get young people voting for them? That was the question Nick Ferrari – a right-wing presenter on talk radio station LBC asked me this morning live on his show. I was invited on following speculation that the Tories are toying with the idea of cutting the tuition fee cap by up to £1750 a year, meaning graduates could potentially be spat out into the working world by universities with just over £5000 less of student debt.

With students from the lowest income families currently left with £57k to pay back, it would be far from a transformative policy; one that neglects to reinstate maintenance grants scrapped by the Tories that were a lifeline for students without families to support them. One can only imagine we’re expected to forget it was this very Conservative party which trebled tuition fees in the first place. This offer of a slight reduction in fees – framed in terms of “value for money” not “tuition fees have failed and de-value the importance of education in our society” – is not really what young people wanting a fairer education system have in mind.

I explained all this to Ferrari, who then asked me to come up with a solution for the crisis the Tories are in. I laughed off the question, suggesting that it was probably the job of Conservative bigwigs in CCHQ to work out. But as I hung up the phone and sat down at my computer, it struck me just how telling a question this really was. What it reveals about the sinking ship that both the Conservative Party and its rotting ideology are sailing blindly aboard.

There are two common misconceptions that have prevailed since Theresa May’s disastrous vanity-project-come-general-election held in June this year, when the Tories lost their majority – and the election on the terms our Prime Minister set out – in the House of Commons while Labour saw an electoral surge. Some commentators and Conservatives genuinely believe these two comforting delusions are reassuring, while others – those with a slightly tighter grip on the practicalities of politics – are too afraid to confront the reality head on.

The first misconception is that only university students aged 18-21 voted Labour in the last general election. The second? That us millennials are selfie-obsessed sycophantic snowflakes, only concerned by our immediate wants, needs and demands. Naive kids bribed by the prospect of no tuition fees, that’s the way Corbyn supporting Labour voters have been depicted time and time again.

A quick look at polling data dispels this first stream of bullshit: It was 18-49 year-olds who voted for Labour, you have to reach the 50-59 age bracket to find more people who opted for blue over red. 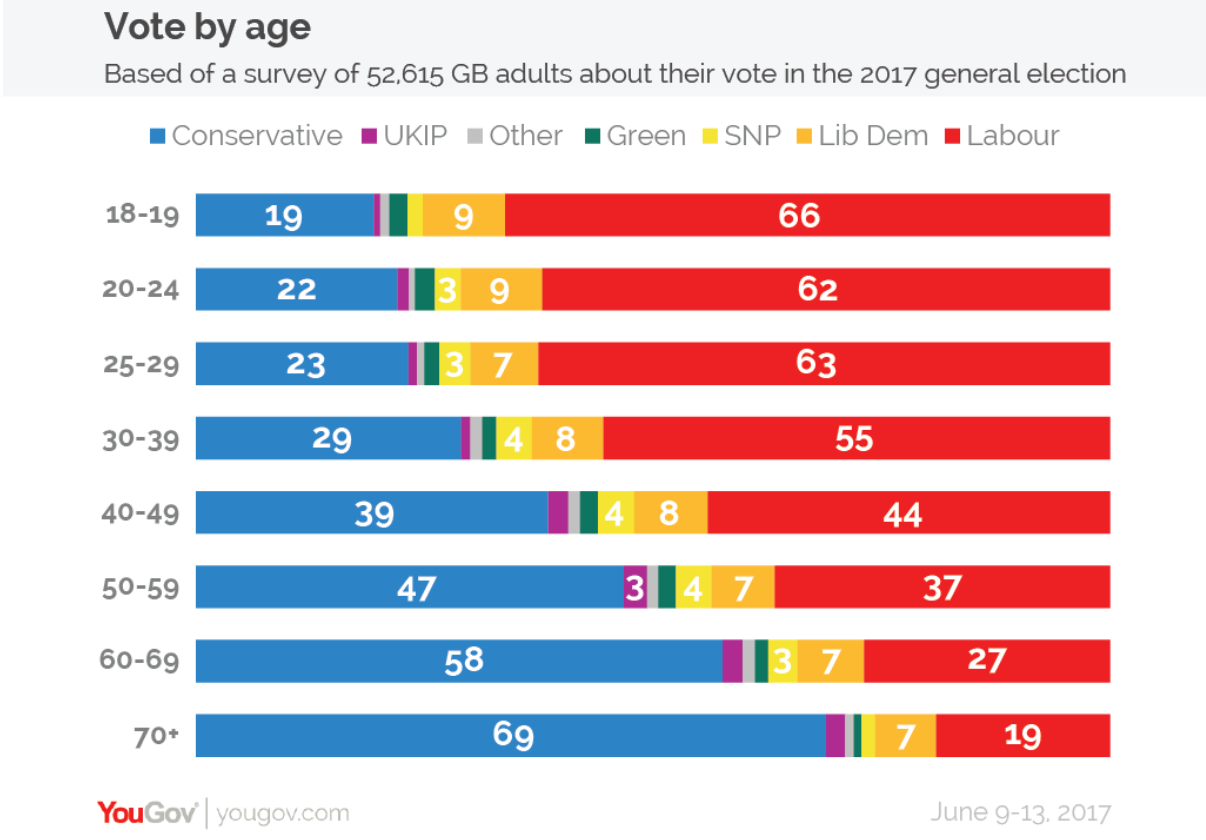 This is a scary reality for the Conservative Party, and it’s hardly surprising they’re unwilling to accept that it’s under 50s, not just teens and twenty-somethings, who are rejecting their brand of right-wing, racist and isolationist ideals in the pursuit of a more progressive politics. There’s an often peddled lie that all young people become more conservative as they get older, but voting patterns today show this simply isn’t the case.

In June the Financial Times pointed out that, back in 1987, 18-24 year-olds preferred Labour to the Conservatives by just two percentage points. 30 years on and the gap is up to 35 per cent. Our generation has rejected the right in unprecedented numbers – the myth that we’ll “grow up” and reject our principled positions is far from the truth.

What’s more is that young people (read, under 50s) didn’t vote Labour in the last general election out of some selfish self-interest. The increase in turnout and overwhelming support for the party’s progressive manifesto is not the product of a desire to line our pockets and help ourselves.

We voted for a manifesto that talked about inequality, about tackling poverty and getting multinationals and millionaires to pay their taxes. We voted for a properly funded NHS and homes that are safe and secure. Sure, education came into the equation, but polling data shows this wasn’t the driving force behind Labour’s surge. The political outlooks of our generation aren’t comprehensible to our Tory overlords for one simple reason: the notions of compassion, of collectivism and community simply don’t register to them, it’s a language they don’t understand.

So let Chancellor Philip Hammond pledge to cut fees by £1750 per annum, it’s no game-changer but we’d be fools to say no. But if he and our zombie Prime Minister think their half-hearted plan to win back young people will come to rescue their outdated ideology then they’re in even more trouble than I previously thought.

So, what could the Conservative Party do to get young people voting for them? Sorry, there’s not a chance.

Linkedin
RELATED ARTICLES
OTHER ARTICLES
While protests over abortion rights rage in the US, access to abortion services is still almost nonexistent in parts of the UK.
The government’s failure to take long Covid seriously has led to the formation of a group campaigning for the thousands of forgotten victims of the illness.
New legislation is set to make it more difficult to hold Israel accountable for its human rights abuses.
To mark the anniversary of the mass trespass of Kinder Scout, a group of hikers came together with the intent of creating a new, fully inclusive culture for rural spaces.
Our new magazine is here, starring the inimitable Mitski. Order your copy now and join us on a trip around the world.
In the last of our dispatches from OFFF Barcelona, Rufus Deuchler and Vincent Gault discuss the future of creative process.