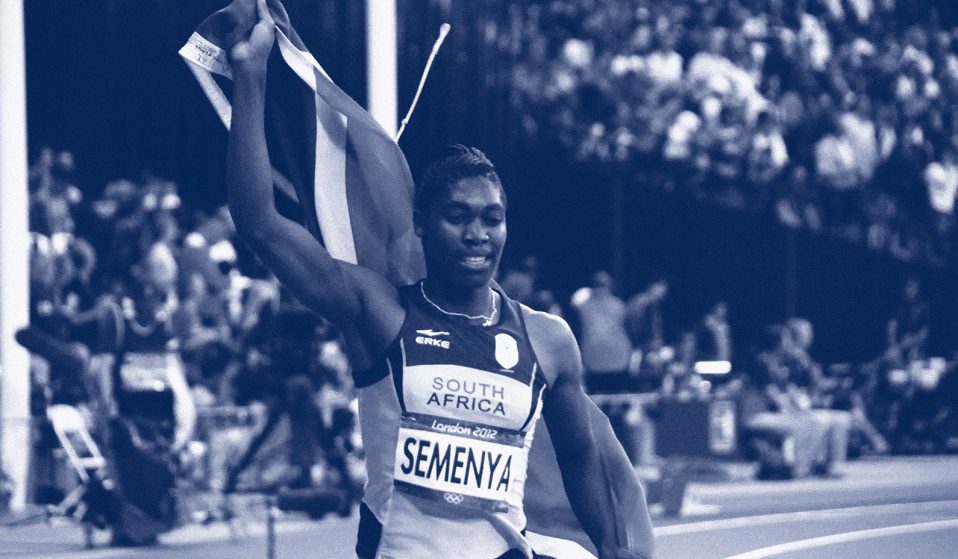 The athlete’s case proves that, in sport, all women have to adhere to the blueprint laid forth by the bodies of white European cisgender women.

The athlete’s case proves that, in sport, all women have to adhere to the blueprint laid forth by the bodies of white European cisgender women.

Yesterday, the South African, Olympic gold medallist Caster Semenya lost her landmark case against the International Association of Athletics Federation (IAAF). The court ruled that the athlete should be forced to take medication to lower her levels of testosterone, in order to compete in track and field sports with women with levels of testosterone that fall within the governing body’s eugenics programme… excuse me, I mean guidelines. The IAAF’s ruling is a result of an almost decade long campaign waged against Semenya that has effectively combined misogynoir and transphobia.

Caster Semenya is a middle distance runner and a woman who has hyperandrogenism, a condition that naturally increases testosterone levels. The IAAF’s decision asserts higher levels of testosterone gives female athletes like Semenya an unfair advantage in “size, strength and power.” Let’s ignore that the literal purpose of sport is to have the biggest, strongest and most powerful people compete against one another. Let’s also ignore that male athletes are not subject to any testosterone regulation no matter how high their levels.

The IAAF makes no bones about the fact that their ruling is discriminatory. On the contrary, they believe this discrimination is not only “necessary” but also “reasonable and proportionate.” It seems like they don’t want the dehumanisation, humiliation and marginalisation of this pesky black woman to get in the way of what’s most important; the preservation of “the integrity of female athletics.” The irony being, of course, that throwing Semenya under the bus and reversing over her has completely undermined any integrity female athletics had. The implications of her mistreatment will affect cisgender, intersex and trans women in sports for years to come.

I am deliberate in clearly identifying her gender and using her correct pronouns. Caster Semenya is not transgender, she was born female, and in the 2011 BBC documentary Too Fast to Be a Woman? she identifies as such.  The misidentification of Semenya’s gender can be traced back to comments made by fellow athletes following her first international win aged 18, and was cemented when British female athletes Paula Radcliffe, Kelly Homes and Sharron Davies wrote an open letter to the International Olympic Committee demanding more research into the “residual benefits of being a transgender athlete.” They wrote of cisgender women “needing a safe and fair place to compete”, and co-opted vital conversations around intersex athletes and women with hyperandrogenism. Their name recognition also helped perpetuate outdated gender norms in the public consciousness. The proximity of the release of their letter and the resolution of Semenya’s case meant that those who trust in Radcliffe, Holmes and Davies could point to them as sources of authority, knowledge and wisdom on a subject for which they don’t appear to be qualified.

But beyond the concerns of Radcliffe, Holmes and Davies as athletes, other insinuations that Caster Semenya does not meet the criteria to be considered female are rooted in misogynoir. It is this combination of racism and sexism that has allowed the IAAF to consistently undermine the achievements of a world-class athlete and subject her to intellectual violence.

In 2009, TIME Magazine published an article with the sensationalist headline “Could Women’s Champ Be A Man?” Echoing the media mistreatment of Venus and Serena Williams, the piece used Semenya’s “muscular physique” as justification for the way it almost relishes in lurid details of the gender verification process she would have to endure. Those who casually discuss Semenya’s genitalia, and the visits she has had to make to endocrinologists, gynaecologists, psychologists, to have both internal and external examinations to prove that she is female forget that she’s a person with feelings. It can’t be overstated enough how easy it is to ignore one’s humanity when they’re black and a woman.

Historically, black women have been characterised as strong, aggressive and able to withstand all manner of indignities. After her win at the world championships in 2009, the press were made aware of suspicions concerning the “truth” of Semenya’s gender, forcing her to undergo hormone treatment to adjust her testosterone levels. In doing so, she could appease the likes of Italy’s Elisa Piccione who finished in sixth place. (After the race, the Italian boldly declared: “These kinds of people should not run with us. For me, she’s not a woman. She’s a man.”)

This othering of Semenya helped athletes like Piccione in 2009, and later Britain’s Lynsey Sharp in 2016, believe that some special advantage is to blame for their inability to win against an athlete like Caster Semenya. When Lynsey Sharp finished sixth behind Semenya in the 800-metre finals in Rio, she cried live on the BBC, and made the nation aware she was “relying on the people at the top sorting it out.” What Sharp didn’t know was that, in 2015, the IAAF (read “people at the top”) heard testimony in the case of intersex athlete Dutee Chand, and conceded there was no research to support that “unusually high levels of natural testosterone lead to unusually impressive sports performance in women.” This is to say Sharp could have asked to speak to the manager all she wanted – Semenya’s gold medal in Rio was simply about her excellence.

In sports, white supremacy demands all women’s bodies adhere to the blueprint laid forth by the bodies of white European cisgender women. Women must somehow be strong and powerful, without outwardly appearing so. Their bodies must be desirable to men, not intimidate them, and hold a working, traditional reproductive system. If female athlete’s bodies stray outside of these clearly defined boundaries – and have the audacity to win on top of that – the owner of that body will undergo public shame and scorn. The fallacy is that the IAAF’s requirement that women like Caster Semenya and Dutee Chand undergo barbaric, drug-based testosterone regulation is solely about creating a level playing field for all woman. Unfortunately, “all women” does not include black and brown women like Semenya and Chand.

At some point, society is going to have to come to terms with the fact that arbitrary gender binaries fail and dehumanise intersex women, and women with hyperandrogenism. Caster Semenya’s black womanhood has made her acceptable collateral damage in the gap between the reality of gender, and the antiquated falsehood the IAAF and its supporters so desperately cling to.

Linkedin
RELATED ARTICLES
OTHER ARTICLES
The workforce is now gearing up for industrial action after receiving a measly pay rise, reports Ella Glover.
Following the announcement of an 80% hike in the energy price cap from 1st October, crowds gathered outside the offices of energy regulator Ofgem to protest and declare their intention to undertake a payment strike.
As the Scottish government announces a rent freeze, an activist with Living Rent who fought and won shares how they did it, and what must come next.
With skyrocketing rents, packed out viewings, bidding wars and more, renting in London has never been harder.
Thousands attended the annual event this year to wheelie through the city and call for ‘knives down, bikes up’.
A group of young Palestinians have found temporary freedom in the act of parkour, reimagining wreckage and ruins as a series of high-octane playgrounds.