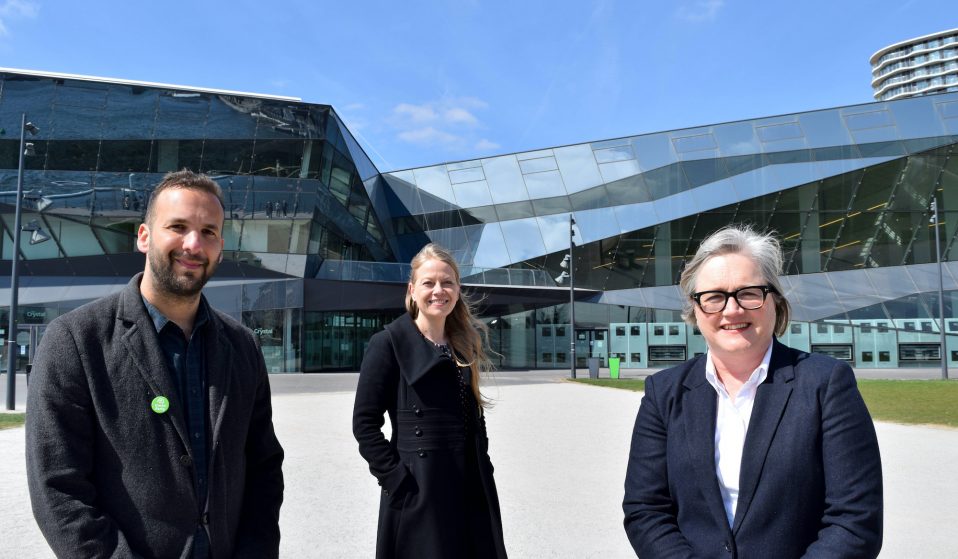 The Green party have the potential to win anywhere writes new Green London Assembly member Zack Polanksi as he finishes his first week in the job.

The Green party have the potential to win anywhere writes new Green London Assembly member Zack Polanksi as he finishes his first week in the job.

Last week’s local, regional and national elections saw great results for the Greens across the board, with the outcomes in London being truly historic. We saw the best results the Green Party has ever achieved in any Parliament or Assembly in the British Isles, putting Green candidate for Mayor of London Sian Berry in a comfortable third place with a record-breaking vote, and electing me as the Party’s new, third Assembly Member.

In the context of a difficult weekend for Labour, people are pointing to London as one of its few remaining modern heartlands. This obscures an important fact. The reality is that London is a green and red city now. A staggering one in three London voters gave Sian Berry one of their votes last Thursday, and she has far and away the most number of second preference votes of any candidate in the election.

Our campaign wasn’t just about the candidate for Mayor, though. We won our best ever result on the London-wide vote for Assembly Members and, even in the first past the post constituency seats, we beat the Tories and achieved second place in two of them – with vote shares of around 20 per cent. This puts us on course to make decisive strides in the London council elections next year.

This all sits alongside astonishing gains for the Greens across the country, with record-breaking numbers elected in Scotland, the highest ever vote share in Wales and breakthroughs on councils with absolutely massive swings. In Bristol, we took 14 seats from Labour, making us the joint largest party on Bristol City Council. And we aren’t just picking up seats from Labour – about half the seats we won were from the Conservatives, in a mixture of urban and rural locations in every corner of the country. There is nowhere now that Greens can’t win.

Forgive me for so many paragraphs tooting our trumpet.  I think it’s important, however, to clearly set out the true magnitude of the realignment in British politics at the moment, especially when there are many green shoots alongside the dominant narrative of the Conservatives consolidating their power in so many parts of the country. The flipside of the story is that there is a party that places environmental, social, racial and economic justice at its heart. Our clear vision of a good society is in firm ascendancy, and we are able to take seats off the Tories as well as Labour. If you are looking for hope this week, here it is!

For me, these good results are particularly significant, as it meant that mere hours after the late-night declaration of results I was sworn in as a new Assembly Member. After finishing my first full week on the job, I’m ready to work alongside our other assembly members, pushing Mayor Sadiq Khan to go further and faster on good ideas like rent control, and persuading him to change his mind when he gets things wrong, like the toxic Silvertown Road Tunnel.

These will be the important things to remember about the Green surge over the weekend; the real impact which lies behind the numbers and statistics poured over by pundits. When you vote Green, you elect people embedded in our communities, people who have poured sweat for each and every vote they won, to get us over the line, unlike the older parties who can, for the moment, still rely on a dwindling core vote to win. We have the strongest vision for the future, and we have a properly planned out policy platform to get us there. We are ready to make our time in power count.

All the priorities we had this election will be what we will be tirelessly pushing the Mayor to achieve for Londoners: bringing down rent, bringing up the living wage, flattening fares to cut costs for people paying the most, and transforming the economy with good, green jobs. This is why it’s brilliant we now have three Greens in City Hall to hold this Mayor to account, be a voice for all Londoners, and put the good ideas in our manifesto in front of him until he picks them up. I’ve no doubt that we will work with the Mayor and Assembly Members from all parties to achieve some amazing things in the next three years.

I feel the weight of responsibility placed on me by voters, but I know that I bring experience to the Assembly which is more reflective of ordinary Londoners than the sort of politicians who so often get elected in the bigger parties. I’m the first gay and Jewish person to sit on the Assembly. I’ve got a background doing lots of jobs in the gig economy. I’m a property guardian, living with 20 other people, with fewer rights even than private renters. I’ve stood on picket lines fighting for a living wage for care workers, and I’ve taken direct action to protect our environment.

Finally, I want to make a promise to Londoners from the outset: I will never forget who put me in City Hall. Renters, workers, commuters, artists, small business owners, disabled people, older people, young people, LGBTQIA people, people of colour, everyone who came together and believed in the Green Party’s positive vision for London. I promise that the voice of every Londoner will be heard in City Hall, especially if you feel like you’re not being heard right now.

Zack Polanski AM is a Member of the London Assembly representing the Green Party.

Linkedin
RELATED ARTICLES
OTHER ARTICLES
The last few years have seen an increase in LGBTQ-led initiatives to feed the hungry, with many finding ways to stay afloat despite the challenges.
LGBTQ+ students are keeping the spirit of the original Pride alive by fighting for liberation for everyone, not just their community.
In her new book, the author explores the country’s housing crisis in human terms and calls for radical action to address a broken system.
Photographer Matthew Brookes recalls following a group of young people in Venice Beach living in search of the perfect wave.
Photographer David Hoffman recalls documenting the extreme wealth inequality around Tower Hamlets and Hackney int the 1980s.
Photographer Arthur Grace recalls travelling through the Soviet Bloc and finding ways to evade the surveillance of his work.