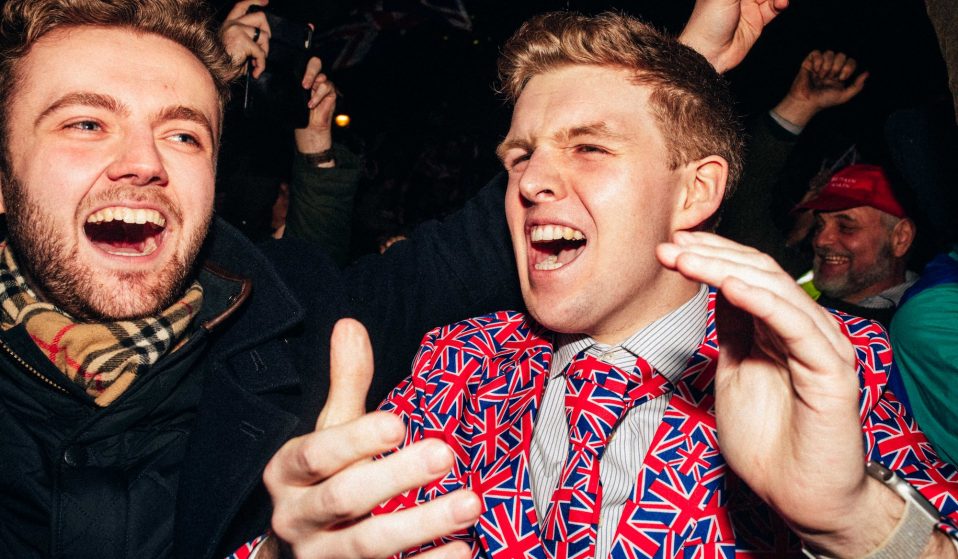 As the tide of nationalism rises once more, writer Ruby Lott-Lavigna delves into right-wing ideology to dispel the myths and lies that prop it up.

As the tide of nationalism rises once more, writer Ruby Lott-Lavigna delves into right-wing ideology to dispel the myths and lies that prop it up.

It could be said that nationalism – like mullets or cargo pants – is back in fashion. From our vote to leave the EU to a Question Time audience member proudly suggesting we close our borders on national television, nationalist policy and ideology has re-entered the mainstream.

So why has nationalism become accepted as part of popular discourse recently? After years of increasing inequality and an era of individualism, it’s been a long time coming, Dr Charles Leddy-Owen, senior lecturer at Portsmouth University and author of Nationalism, Inequalities and England’s Political Predicament tells me. “One of the main reasons for the rise in nationalism would be a decline in left/right politics and a decline in class-based politics, which opened a space for competing ideologies to come forward,” he explains over the phone. “Also, there’s a general decline in trust in politicians – trust in politics in general – which opens the door to populism.”

You only need to look as far as Priti Patel’s new flawed immigration controls – a policy steeped in ignorant jingoism that could create huge damage to industries, not to mention, peoples’ lives if rolled out at the end of this year – to see how nationalist ideology is offering the wrong answer to British problems. In the UK, there are 3.5 million migrant workers, who offer crucial labour for a struggling NHS as well as in social care services, providing a net contribution to the economy – a tough pill to swallow for those intent on advocating closed borders as the solution to inequality, a housing crisis and a weak economy.

So what are the biggest myths that prop up this ideology? We spoke to nationalist figures and organisations about what drives the belief that a country as shit as Britain is so great – and then showed why they were false.

“Britain is a democracy and decisions are made by people we elect” – Tim Martin, Wetherspoons owner

Britain’s democratic prowess was the most comment answer given to the question of what makes Britain great.

For centuries, Britain ruled over nations whose “subjects” had no democratic say in their rule, as well as probably no say over whether they should have been ruled by Britain in the first place. In more recent memory, our prime minister was elected by 0.13 per cent of the population. It was only recently that our Prime Minister was found to have unlawfully prorogued parliament – seen as “the day democracy died”– and our first past the post voting system is often seen as unrepresentative and unfair. Today, the government is looking to further weaken democracy, with suggestions of a voter ID system that would disproportionately affect ethnic minorities, or its judicial review to curtail legal challenges to the government. Some democracy.

“The English don’t do revolutions,” a spokesperson for UKIP told me. “They have better things to do.” This tallies with the then leader of the party Nigel Farage’s comment on the the success of the leave vote, when he described it as a revolution that came “without a single bullet being fired.”

How better to prove the fallacy of this Britain’s “disturst of extremes” than the fact that Farage’s comment was made barely a week after the murder of MP Joe Cox, who was shot and stabbed to death by a white nationalist extremist? Or, what about the millions of deaths at the hands of the UK, from Bengal to Ireland to Iraq? “The British empire was responsible directly and indirectly for the deaths of millions of people, and if that’s not extreme then I don’t know what is,” says Leddy-Owen. “I think that’s kind of a myth that Britain’s this kind of moderate place, where nothing very interesting happens and it’s just bumbling along – that’s historically nonsensical.” 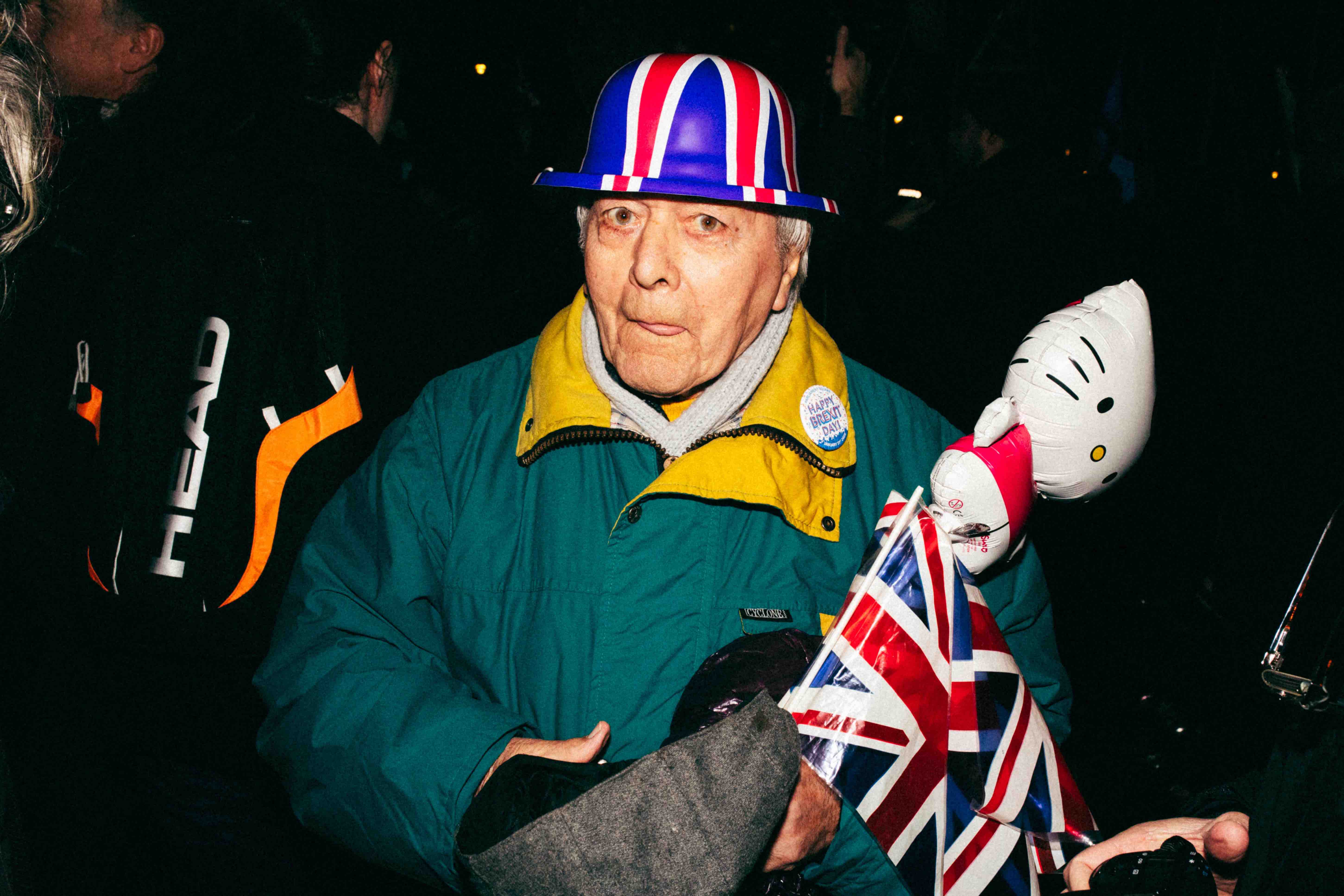 That Britain was great as a “self-contained independent nation” – Charles Leddy-Owen, academic

Nostalgia permeated the Vote Leave campaign – which pleaded a return to a great Albion of old, where we stood alone, with our blue passports and rationing, rather than at the mercy of Brussels. Except, the period where Britain was a totally stand-alone country was probably only a few decades. Before then, we were an empire, where we inherently relied on (read: exploited) other countries for manpower or goods. You only need to look at 20th century British politics to see how reliant we have been as a country on other nations – whether that’s during the second world war where the UK relied of manpower from the US, or during the post war period, where West Indian workers were critical to the country’s recovery, filling jobs left empty by those killed in the war.

“This nostalgic look back at an independent sovereign nation-state that we should return to is fantasy really,” says Leddy-Owen. “It’s not historically accurate in any real sense.”

A UKIP spokesperson suggested Britain’s legal system was what made it great, alongside the fact that our legal system is used around the world.

During the Brexit vote, Vote Leave was found in breach of electoral rules according to the Electoral Commission – throwing into question the validity of the result. British democracy is a shaky concept. Not to mention MPs who seem to fly above the law – such as our current home secretary, Priti Patel, who stepped down in 2017 after it was found she had had secret meetings with Israli ministers, business people and lobbyists.

“People obey the law…mostly,” is hardly an argument for British exceptionalism.

That Britain was better as a “nation with no immigrants” – Charles Leddy-Owen, academic

Racism is implicit, if not explicit in nationalism. Calls to keep Britain British are calls to return to this mythological white Britain, untouched by diversity. This belief totally neglects our past. From the thousands of Indians coming to the UK in the 1800s to the Windrush era where those from the Caribbean filled jobs left empty after the war, there have always been immigrants in Britain – and not just white ones.

“There have been immigrants coming to Britain for a century,” Leddy-Owen explains. “It’s a myth that Britain was this sort of untouched and implicitly white nation before post-colonial immigration.”

Nationalism plays into a sense of false idealism. The concept that  Britain was this Constable-like, safe, bountiful country pre-Windrush is just false. I mean, we were literally at war, had no national health service, and extreme poverty was embedded into the fabric of our culture. A variety of changes has led to improvements in these fronts (such as post-War spending as well an immigrant workforce), but it’s certain that pre-immigrant Britain was not this unspoilt, bucolic land.

One thing that isn’t a myth is the power of nationalism, which in many ways lies in its simplicity. To presume that, British people equals good, and non-British people equals bad, is a far simpler metric than understanding the structural changes required for national investment, the complex nature of NHS privatisation, the housing crisis, or loss of public spaces. It also offers a visual enemy – it’s far easier to fixate your anger towards the Pakistani or Somali family who live round the corner when you can’t get a doctor’s appointment, than say, the Priory Group private healthcare company, who drain our health system of money thanks to the gradual, back-door privatisation of the NHS.

This misplaced blame is what makes it so dangerous. A logical outcome of belief system shaped around nationhood is that outsiders are problematic, leading to an implicit, if not explicit, xenophobia. It’s no wonder then, that rates of racism have risen since the Brexit vote or that in Europe, support for Eurosceptic parties has doubled in the last 20 years, and far-right extremism is becoming commonplace.

“I think nationalism is hugely powerful,” concludes Leddy-Owen. “As long the more latent forms of nationalism by which we readily and easily consider ourselves to members of nation-states, there’s always going to be the louder, more explicit, populist nationalism. I think it’s here to stay.”

Linkedin
RELATED ARTICLES
OTHER ARTICLES
For decades, Wilmslow Road has been a bustling area full of curry houses. But how did it come to be what it is today?
After news broke last week around an expected reversal of the 1973 landmark law that made abortion legal in the US, protestors gathered in the UK in support of American women.
In our first OFFF Dispatch piece, the Arce Studio founder shares her tips on standing out from the crowd.
The situation in Afghanistan remains dire, with many groups facing persecution at the hands of the Taliban.
Members of the collective share some of their reasons to run as part of #UnitedBySummits, a campaign that looks to uncover transformative power of the outdoors.
To mark the anniversary of the mass trespass of Kinder Scout, a group of hikers came together with the intent of creating a new, fully inclusive culture for rural spaces.