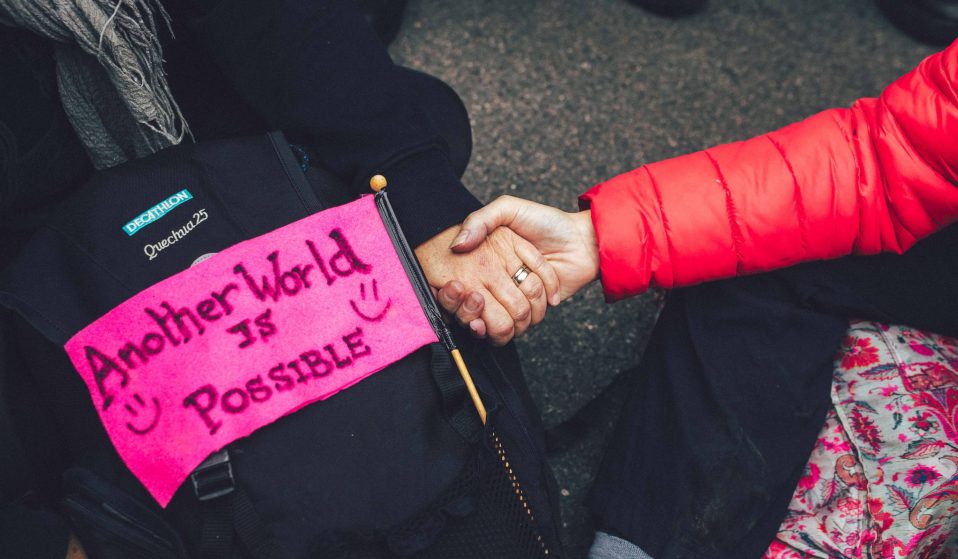 Over the past year, there has been a huge and exciting resurgence in climate activism, boosted largely by groups like Extinction Rebellion and the Youth Strikers. While it’s wonderful to see a national consciousness awaken to the urgency of the crisis, it is vital that the climate movement in the UK doesn’t replicate the mistakes it has made in the past by not taking a stand on migrants’ rights.

Previously, groups like Extinction Rebellion have come under fire for failing to make the connections between the cause and the effect of the climate crisis. Instead, they’ve chosen to focus on a “climate emergency”, and on what the future would look like in the UK should the climate crisis reach our shores. While this has so far been successful at drawing both the Government and the public’s attention, it is vital that we move the conversation forward. We need to call for radical and brave solutions to the climate crisis, which include reparations for marginalised communities and an end to borders.

There is no doubt that climate justice also looks like migrant justice. Those living in the Global South are the first to face floods, drought, poverty, hunger and poor health due to climate change. They are the ones forced to migrate to safer ground, or pushed out of their own land by neoliberal corporations. The World Bank estimates that migration will soar by 2050 unless carbon emissions are curbed – and even if they are, large numbers of people will still need to move due to the damage that has already been caused.

This also includes internal migration, which will see people be forced to move from areas experiencing cyclones, floods, sea level rises and temperature increases, to safer regions within their own countries. Many of those who are displaced internally may eventually be forced to move across borders as resources become scarce, safety is threatened, and environmental devastation continues. When those journeys are made, without urgent and radical change, they will be faced with hard borders and trapped in both unsafe and economically unviable conditions.

In the UK too, working class communities and communities of colour are often the ones that feel the heaviest brunt of the climate crisis – and yet they remain unheard. Take, for example, Southall, which has a largely south Asian population, where the Clean Air in Southall and Hayes campaign is currently in the midst of a battle against property developer, Berkeley Group. In 2010, Berkeley group, aided by then Mayor of London Boris Johnson, was granted permission to build on the site of an old chemicals factory and gasworks – land which had been declared toxic by the local authority. Since land development began, the population in Southall has complained of headaches, an over-average increase in asthma, nose bleeds, breathlessness, fainting spells and an increase in cancer diagnoses in the area immediately surrounding the works. The situation in Southall has been largely ignored by the media and politicians alike, drawing stark attention to the fact that marginalised communities are often left to experience the worst symptoms of ecological damage, while elites prosper.

This is a significant moment: we have an opportunity to change our narratives about the climate crisis, and place those who are most affected at the centre of our solutions. We need to ensure that the economy is reframed to encompass reparations and redistribution for those have been most affected. It’s also vital that we share renewable technology with those in the Global South, and view healthcare, housing, food and water as a global right.

An end to borders as the only way in which to ensure that we adapt to the climate crisis – borders simply don’t have a place in a globalised world which allows the free movement of goods and services, but not people who choose, or need, to move. If we’ve learnt anything from Extinction Rebellion, it’s that we don’t have time to waste, and we can’t afford to have solutions for some, but not all. Let us ensure that our vision is both global, and brave, and isn’t afraid to call for action that will tackle the real effects of the crisis.

Linkedin
RELATED ARTICLES
OTHER ARTICLES
Photographer Bud Glick recounts documenting everyday life in the area, and what it taught him about the Chinese immigrant experience.
Following the release of his latest album, the rapper talks about finding a new approach to songwriting, attitudes to poverty, and why his music is more than a political statement.
Photojournalist Fiora Garenzi spoke with people still living in Eastern Ukraine, an area which seen some of the heaviest fighting since the war began.
With the UK now set to run out of vaccines, people working in the sex industry – particularly outside of major cities – have been left especially vulnerable, reports Brit Dawson.
Protestors gathered outside Downing Street following the latest atrocities committed by Israel against Palestinians living in the besieged strip.
From the chip shops, to the bingo parlors and burlesque dancers, photographer Mike Coles remembers capturing scenes of holidaymakers by the English coast.