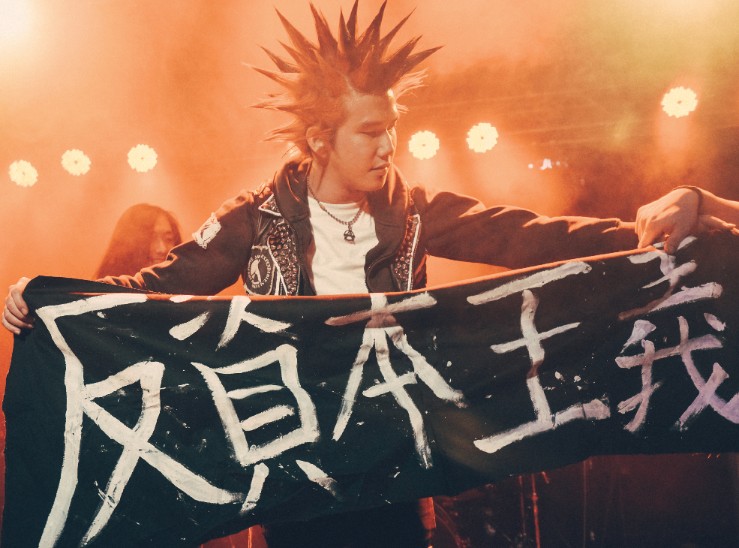 Despite the city’s darkening political climate, its youth have found a space of freedom and resistance in Hidden Agenda – a local punk venue on the brink of extinction.

Despite the city’s darkening political climate, its youth have found a space of freedom and resistance in Hidden Agenda – a local punk venue on the brink of extinction.

In the southeast corner of Hong Kong’s Kowloon district, a dimmed warehouse sits on the second floor of a 25-storey building overlooking the deep waters of Victoria Harbour. From the outside, this subcultural space is rendered almost invisible to passersby – and it’s probably best to keep it that way.

Upstairs, I meet the owner, Hui-Chung-wo, a bespectacled young man who also goes by “Steveo.” As he lights a cigarette and wanders around a dark room illuminated with fluorescent tubes, Steveo gives me a tour of one of the last havens in Hong Kong where youth can experience live music at its most loud, raw and uncensored forms. 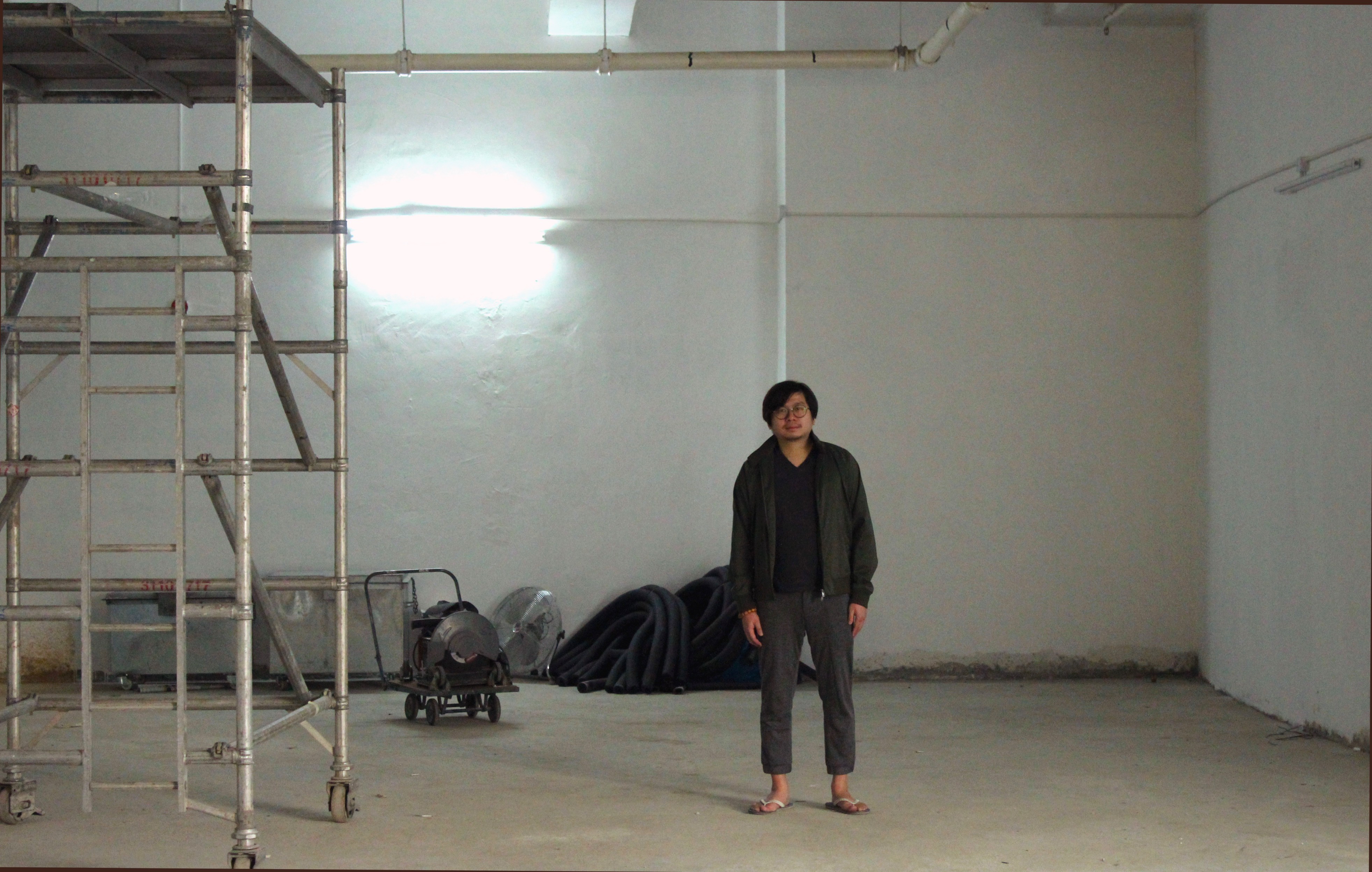 In a city where old meets new, and where the moral values that define Chinese conservatism still have a tight grip on a generation of disenfranchised youth, a place like Hidden Agenda is often at the centre of controversy. Despite being the city’s longest-serving underground venue, it has always struggled to find a permanent home, keeping under the close scrutiny of Chinese authorities.

Since its inception in 2009, the venue been in a constant state of flux. Over the last nine years, it has been forced to shut down and relocate four times – a sad reality for many music venues that dare to keep up with the city’s soaring rents, strict zoning regulations and police raids.

Steveo recalls one of Hidden Agenda’s biggest raids, which took place during a performance last May. Just before midnight, a group of officers decked in riot gear came to arrest him, along with four musicians, an employee and audience member.

Steveo, who was detained for 20 hours, says he was accused of hiring illegal workers and failing to secure approved visas for foreign band members, despite being warned by authorities only a day before. He admits he’s still “a little bit afraid” of the police, who have raided each of the venue’s past locations. 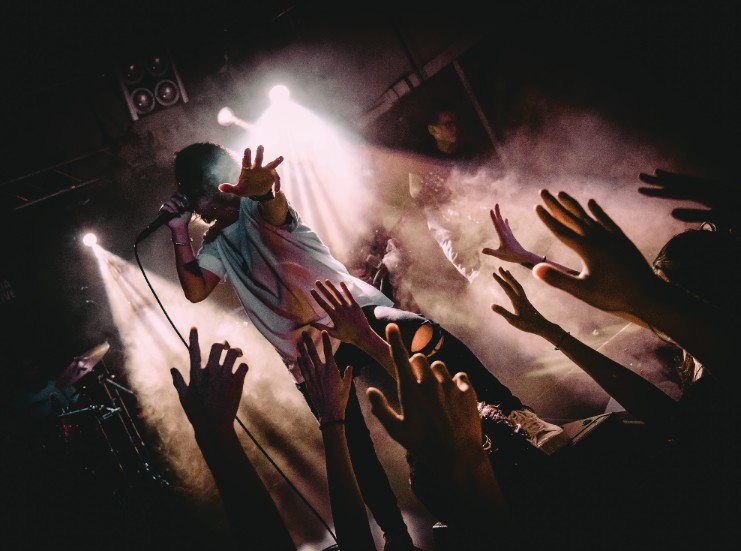 “The Hong Kong government has done what it’s wanted to do – make people afraid,” says Steveo, while gazing out the window at a boat of fishermen leaving a nearby seafood market. “Now, it’s very easy to go to jail.”

Despite all odds, though, the embattled venue has refused to back down, finding new venues each time, with the help of crowdfunding projects and the ongoing support of a small, dedicated community.  It has since moved its fifth generation to Yau Tong, one of the city’s industrial neighbourhoods.

Born in a tiny studio apartment in the Kwun Tong district, Hidden Agenda started as a humble rehearsal space for bands, which occasionally hosted informal live gigs and allowed patrons to BYOB. People came and stayed for its laissez-faire atmosphere and rebellious spirit – a refreshing contrast to the city’s growing obsession with finance and real estate investment.

“There were no rules. People could smoke inside and do what they wanted after a show,” says Steveo. “Sometimes, audiences slept on the stage and floor. I think that’s why people know us – because the venue is quite free.” 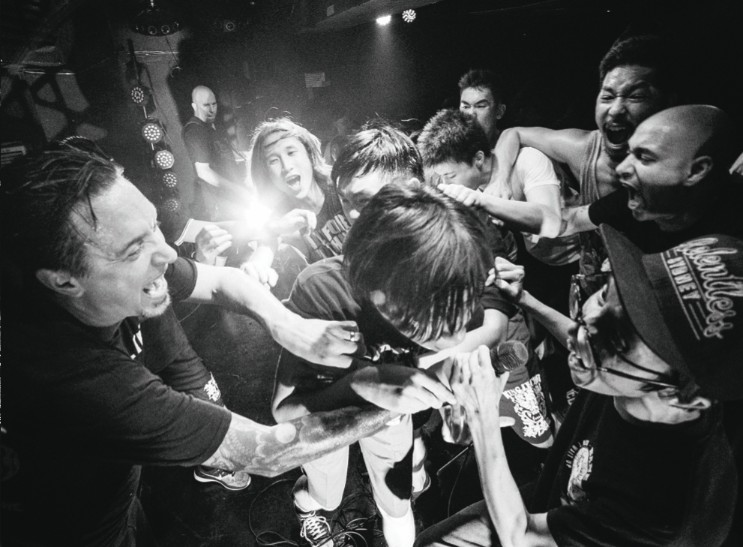 While Cantopop dominated much of Hong Kong’s mainstream music industry well into the early 2000s, Hidden Agenda provided a nurturing ground for marginalised musicians to be seen and heard, giving a voice to genres like psychedelic rock, reggae and hardcore punk.

Each of its venues were located in the city’s gritty industrial neighbourhoods, which have attracted a community of artists seeking cheap rent and flexible spaces in one of the world’s most expensive real estate markets.  Vacant factory units have also become the last places of refuge for the live music scene to thrive because they are isolated enough to bypass noise complaints from neighbouring residents and businesses. However, venues often run into trouble with the city’s Lands Department, which legally restricts the use of factory units to industrial purposes based on regulations dating as far back to 1955.

Because it’s also refused to grant Hidden Agenda a public entertainment license, the venue has had to find creative workarounds to survive legally, at one point operating as a takeaway food stall. But this didn’t stop various run-ins with hygiene, land and police departments due to complaints ranging from land lease violations, to fire safety hazards. 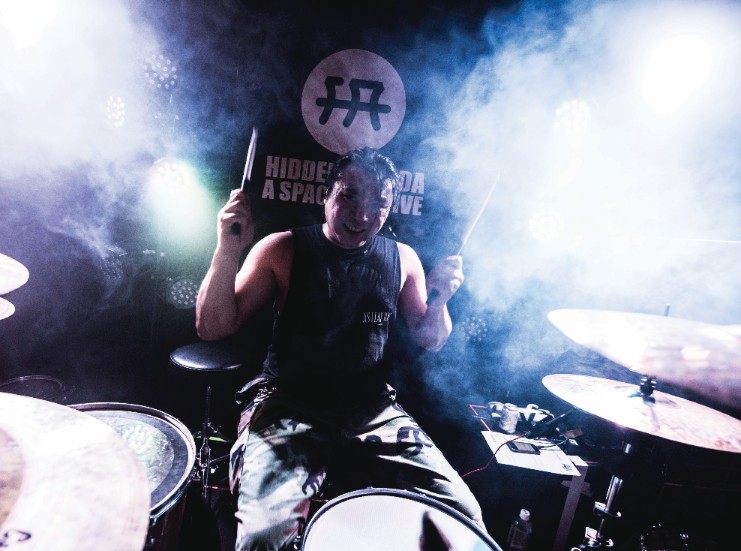 Whether or not Hidden Agenda’s latest move could mean a less uphill battle for the venue, Steveo says underlying moves to suppress live house culture is the “government’s fear of the political nature of music.”

Music with political messages is not new to the city, but it’s become an important tool to express the anxieties of a defiant generation grappling with the remnants of the Umbrella Revolution. We can’t forget the summer of 2014, where over 100,000 were united through a series of student-led protests against Beijing’s decision to rule out full universal suffrage in Hong Kong, turning the city’s financial district into a virtual conflict zone.

Some local musicians have become more politically outspoken after the movement, inspiring new forms of resistance in Chinese protest culture. Among Hong Kong’s most influential local bands are My Little Airport, Chochukmo and King Ly Chee, who have all graced the Hidden Agenda stage with provocative lyrics that draw from personal narratives amid a darkening political climate. Others have spoken out against the region’s deteriorating academic freedom, police brutality and loss of local culture – political views that may soon be censored, says Bob Wan, lead vocalist of hardcore punk band The Squawk. 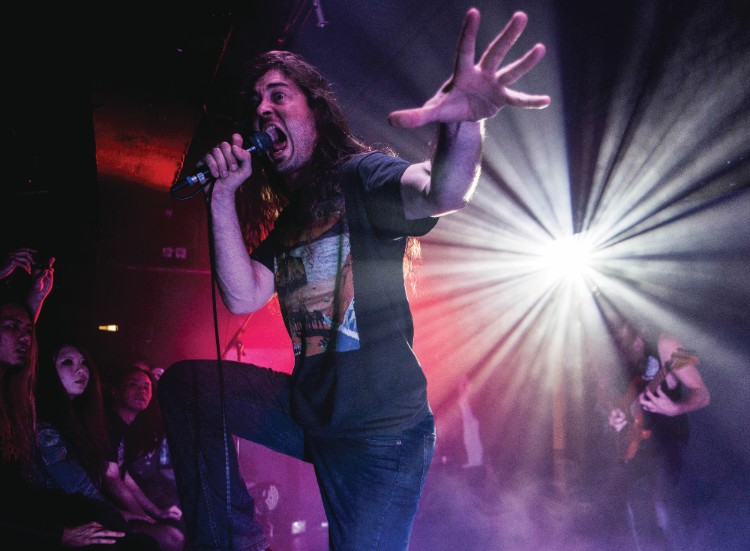 Wan, who is no stranger to Chinese law enforcement, was threatened and interrogated by undercover authorities after performing a show in Guangzhou several years ago. “My thought on this is the Hong Kong government wants to jail nonconformists and dispose of free speech to please [China],” he says, referencing events such as the imprisonment of several student leaders, and a move to ban a young democracy activist from running in Hong Kong’s 2018 by-election. “China has already established censorships in performing arts – it’s not surprising that Hong Kong will be next,” he adds.

Ultimately, the city’s efforts to clamp down on live music culture is a grim reflection of how “out of touch the government is with young people,” says Arthur Urquiola, founder of local record label Artefracture. “Considering the very nature of the Hong Kong mindset, being creative and thriving at a DIY level by choice is almost antithetical to what people here generally work towards.”

Zenegeist, a group of local music curators, all agree that the indie community’s fierce protection of subcultural spaces like Hidden Agenda reflect the realities of a generation that is desperate for change, but feels left behind from Hong Kong’s political future, and at the mercy of an ever-widening income gap between rich and poor.

“We don’t want this place to disappear,” says Jan Kwok. “If young people can gather and have a place to voice themselves and make their power stronger, this is what the underground music scene can do.”

“It doesn’t mean when we attend 10-20 concerts that we’ll have the mind to topple the government,” says Benny Cheuk. “But at least we’ll still be recognizing each other.”

Hidden Agenda has not only started over with a new venue, but with a new name, This Town Needs (TTN) – a reference to British indie rock band This Town Needs Guns, whose musicians were arrested during last year’s famous raid. When asked whether he thinks the fifth time’s a charm, Steveo responds with a quick shrug before lighting another cigarette.

“Let’s try this again for the last time,” he says.

Images were taken from Hidden Agenda: The Book, which is available to buy.

Linkedin
RELATED ARTICLES
OTHER ARTICLES
Photographer Phyllis Christopher recalls capturing sex and protest at a time when the city had become a haven for the queer community.
Following the release of his latest album God Don’t Make Mistakes, the rapper talks horror villains, police brutality and being unafraid to show his vulnerable side.
Shifting the focus from the cost of living crisis to tackling obesity while many starve or freeze is farcical and pointless, writes Fatzine founder Gina Tonic.
The revered showbiz chronicler recalls his journalistic beginnings, documenting subcultural scraps in the ’80s.
With their latest capsule collection, SCRT have constructed their own mythology, based on the story of a fictional meteor shower that hit a small Scottish town.
The photographer recalls working with some of the biggest names in the business – from Salt-N-Pepa to the Sex Pistol – at a time when music magazines played a powerful role in shaping the scene.