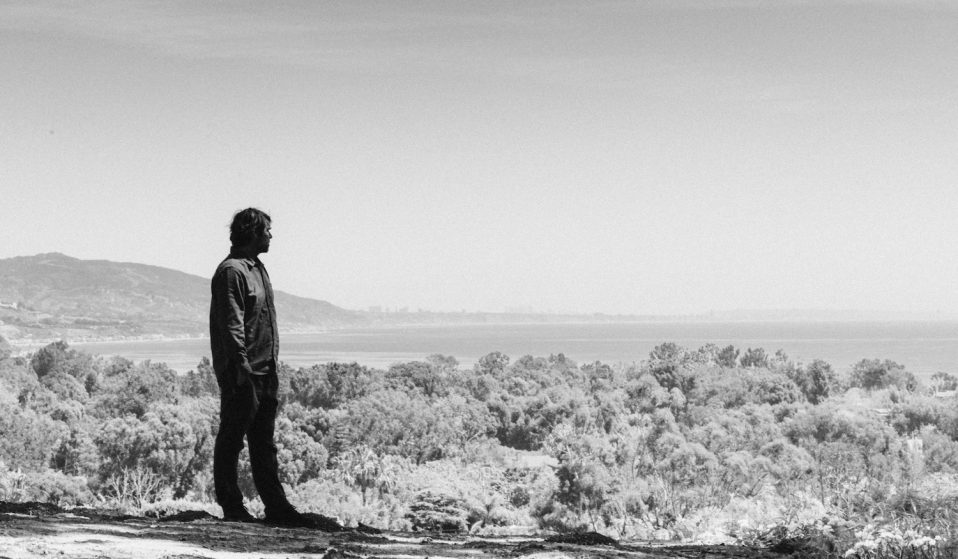 Huck’s Contributing Editor looks back on what losing everything can teach you.

One year since uncontrollable flames wreaked havoc through Malibu, Huck’s Contributing Editor looks back on what losing everything can teach you.

California is on fire. Or at least it is on the homepage of The Guardian, The New York Times, The San Francisco Chronicle, and pretty much every news channel I turn to. There are more than a dozen wildfires burning as I write this. The power shut-offs have affected nearly three-million people in the Golden State, and the power has been shut off in western Malibu, where I have recently moved back to after losing my home last year in the Woolsey Fire.

I wrote about my experience for Huck last January. At that time it was still fresh, I was still trying to process it. I exploited that great self-delusion tactic that’s both served and sabotaged me for as long as I can remember. When friends asked how I was doing I’d say, “I’m fine, I’ve been through much worse.” Or, if I was in the mood, I’d say, “A month ago I lived in a sweet little house with an ocean view. Now I’m just a guy with a backpack looking for a place to take a shower.” That usually drew a chuckle, and I’d use that chuckle to change the subject. The Woolsey Fire happened shortly before the holidays, which offered evasion and escape in the form of parties, family, friends. But I sensed that as soon as we crossed New Year’s Eve reality would set in.

And it did. In early January, I went to look at houses to rent in my old neighbourhood. Not only had the rates been jacked way up, but the place had the mood of a cemetery. There were way too many charred homes, way too many removal trucks, way too many looky-loos. Locals stood in the aisles of the supermarket sharing their sad stories. We were a community in repair. It was not just my house that had burned down; it was my life – or at least the life that I had known for the last five years. 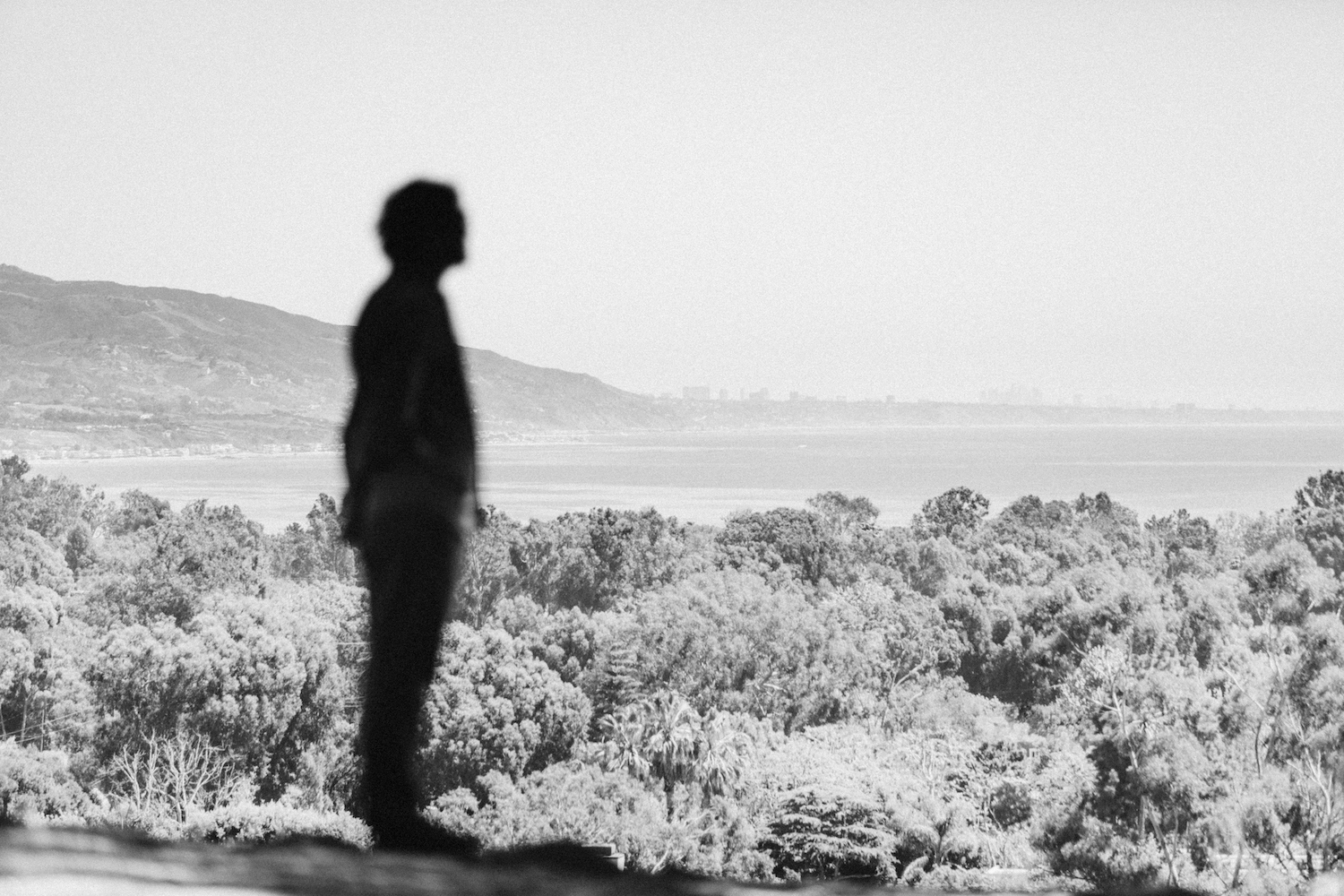 I was struck by waves of depression. The irony of depression is that in its undertow you forget the source, you forget that of course, your mood is low, you just lost your house two months ago. So you compound the depression by beating yourself up about being depressed. I’d vowed to start 2019 with a month off the sauce, and I kept it. Which eliminated that other potential undertow. But I was a sad fucker. I was just sort of going through the motions. My inner dialogue was nihilistic and hopeless. I’m reminded of something my wise friend Corb told me. Walking down the street in Venice Beach, a homeless man put his hand out: “Spare a dollar?” Corb dug into his wallet, pulled out a $20 bill, and handed it to him. A few paces down the block he turned to me and said, “You know, we’re all just a couple bad choices away from ending up on the street.” I felt that in the wake of the Woolsey Fire. And it felt like déjà vu.

In 2013 my wife of nine years died suddenly in a cycling accident. Gisela and I had lived most of that time in New York. With the dread of the half-empty apartment and the fact that NYC can be hard-edged even at the best of times, I moved back to California to convalesce. In the months ahead I hit lows I’d never imagined. I had a giant hole inside of me that hurt badly, especially at dusk. Nothing felt good. I could barely work. I spent a lot of time complaining to family and friends. I got way too comfortable in deep self-pity. My mind locked in a terribly destructive groove. If not for the kindness of loved ones I very well might have ended up on the street. 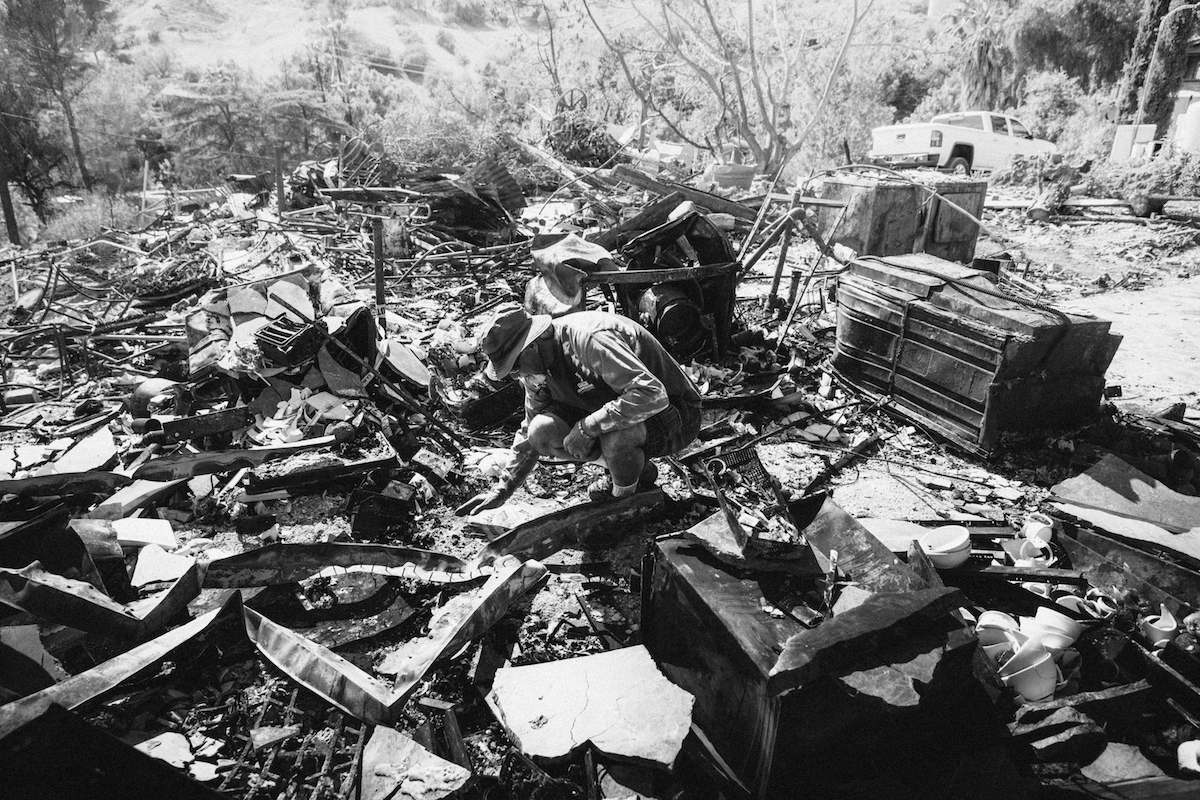 After the Woolsey Fire, I thought, I can’t afford to let myself go down. Not professionally—I needed to keep my head together to write, to earn money, to pay the bills. Not spiritually. I’d experienced firsthand how those grooves of self-pity can etch deeper and deeper. And I’d done so much work after Gisela died to redirect, to find my life again. I was also doing a kind of inverse ‘keep up with the Joneses’. My extremely privileged neighbours were devastated over the loss of material things. In that ‘my meditation practice is better than your meditation practice’ sort of way, I told myself that material things were nothing.

And then came the rains. Not long after the Woolsey Fire, heavy rains blasted Southern California. We feared mudslides. That had happened in Santa Barbara in 2018 after a series of major wildfires—23 people were killed. But instead, we got greenery. From out of the charred black came vibrant green plants sprouting everywhere. It was ridiculously, Edenically beautiful. It carried a message: Life regenerates. Nature was reminding us to move the fuck on. Nature was reminding us to stay optimistic—no matter what. 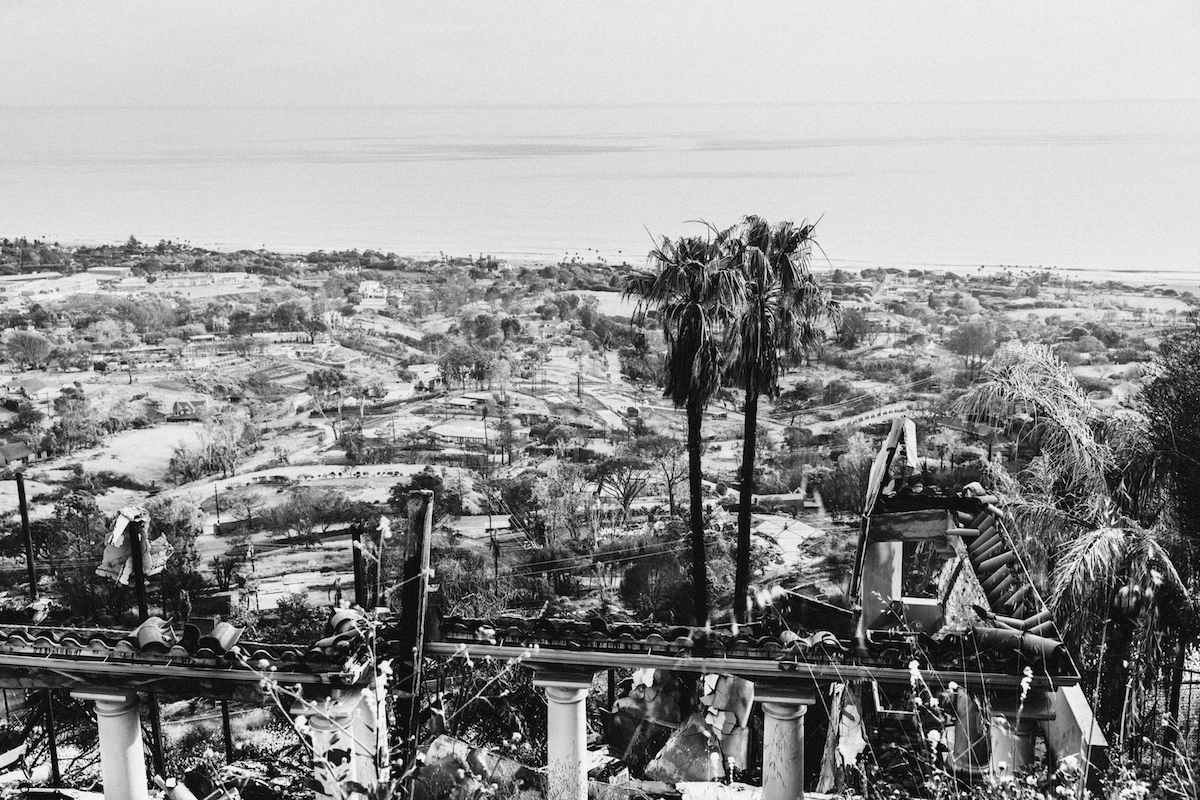 “First you’ve got to kill your god. Then you’ve got to kill your parents. Then you’ve got to kill yourself.” I first heard this from my friend Duncan over strong coffee at Café Haleiwa, Hawaii, in 1993. I loved the way it sounded. I was 26, with a head full of Jack Kerouac and Allen Ginsberg and Henry Miller and Paul Theroux. My heroes had lived storied lives, often heaped in suffering. The suffering part was an abstraction or something I’d never really thought about in visceral detail, but I knew I wanted the stuff that results from it—the wisdom, the depth. I loved the idea that we can shapeshift, reinvent, transmogrify. I wondered how best to kill my god, my parents, myself. With a knife? Explosives? A gun? I have since accrued enough years on earth to know that you don’t have to do the killing. Time has a way of doing it for you. The more decades lived, the higher the likelihood that some great tragedy will befall you. 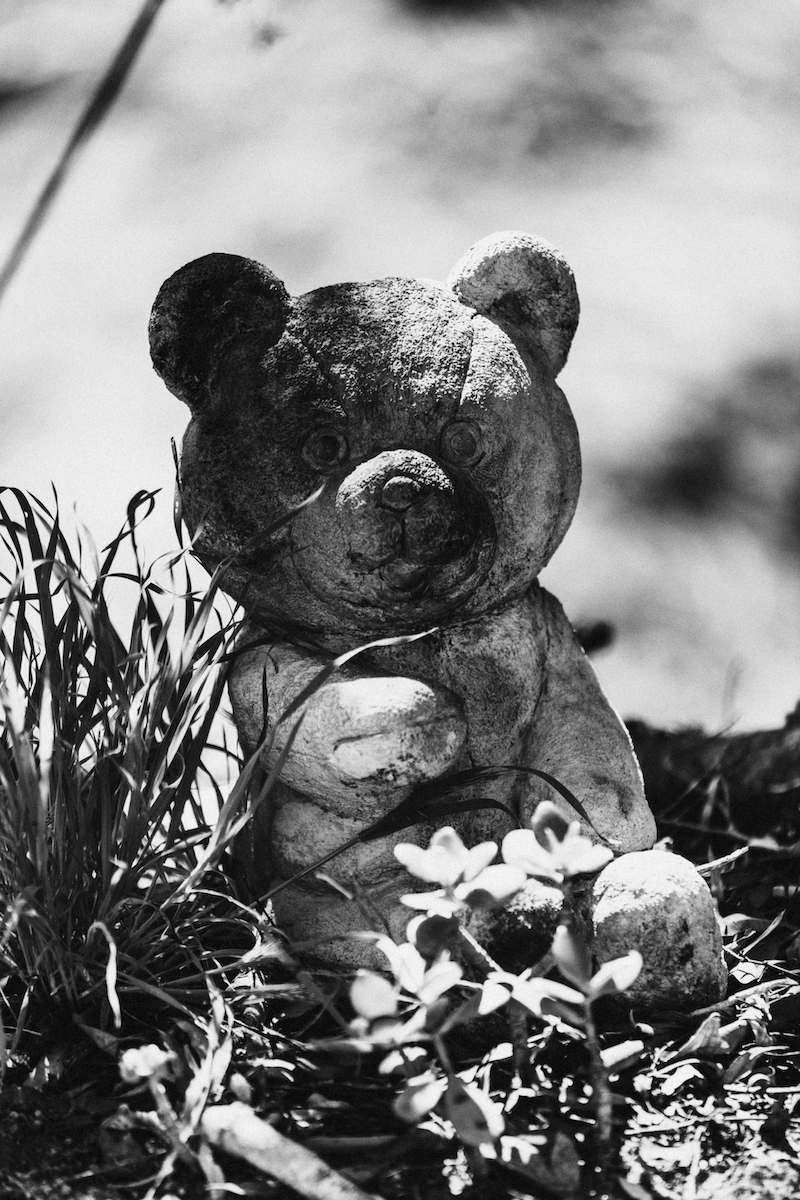 But, of course, we don’t have to see these things as tragedies. About ten years ago Gisela and I woke to a ruckus in the hallway of our apartment. We looked through the peephole and saw three cops and an axe-wielding fireman banging on our neighbour Eric’s front door. We shared the ninth floor with six other apartments and everyone had poked their heads out. We learned that Eric, a schizophrenic, was off his meds and that his mother had called 911 saying she was worried for his life.

The police kept banging, shouting, “We know you’re in there. If you don’t open up we’re going to knock the door down.”

Then they knocked the door down. Eric appeared with a crazed, comical look on his face.

The fireman and two of the cops took Eric away, leaving the third cop, a gruff, unsmiling woman, to stretch police tape across the hole that had been Eric’s front door. As she waited for the elevator to leave, our next-door neighbour Betty, a sweet, older lady, said, “Poor Eric. He’s not well. It’s so sad.”

Just then the elevator pinged and the doors opened, casting a cinematic light on the cop. Before stepping into it and disappearing she turned to Betty and said, “It’s life.” 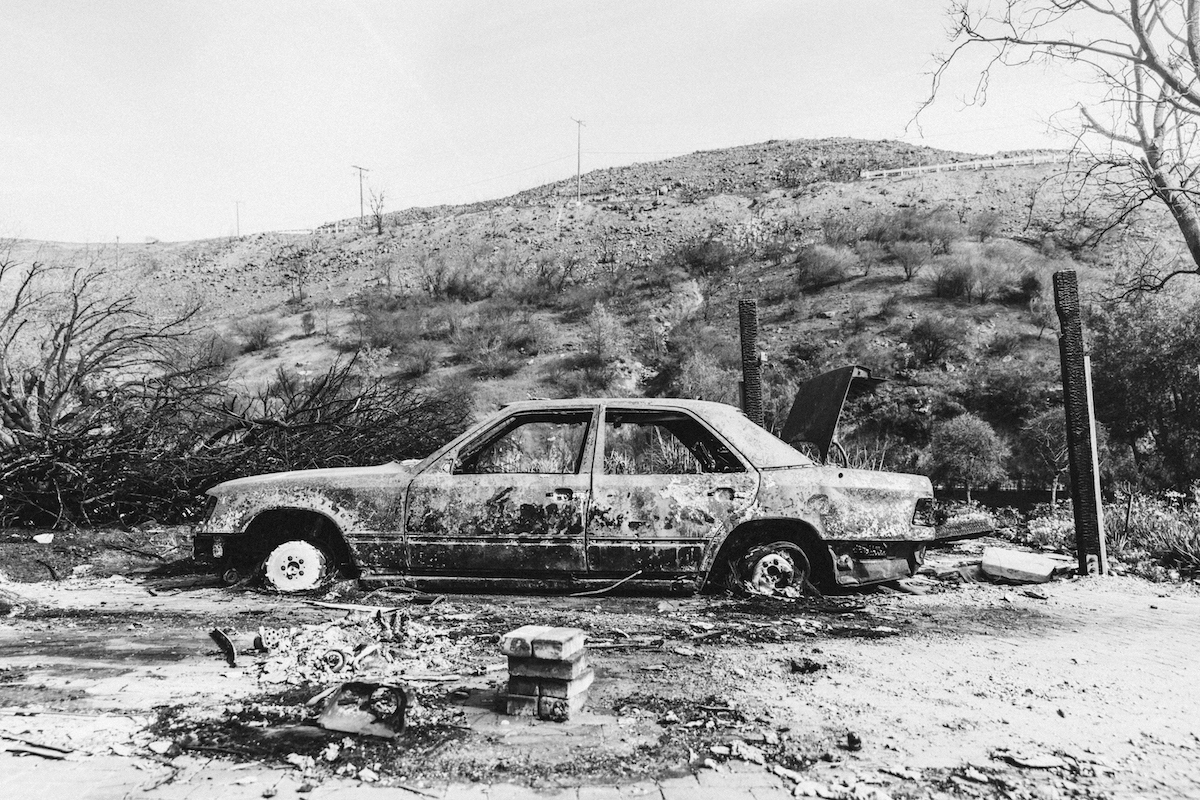 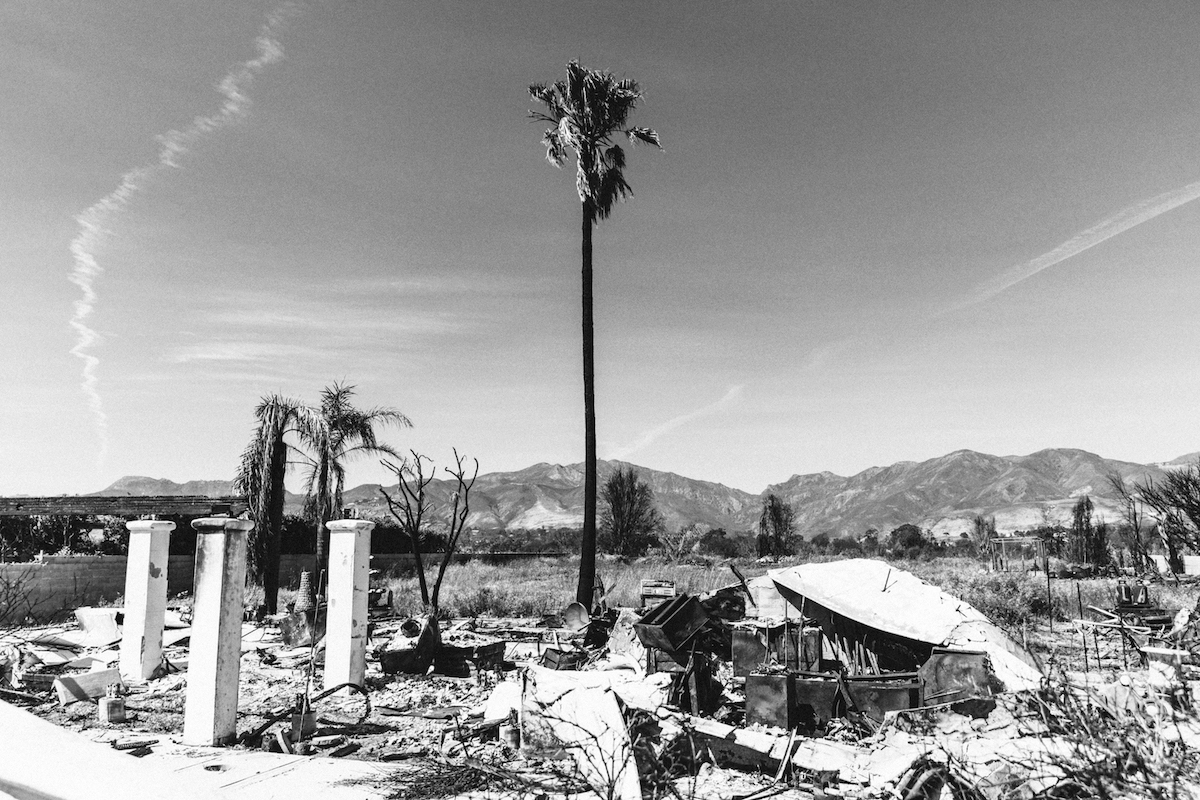 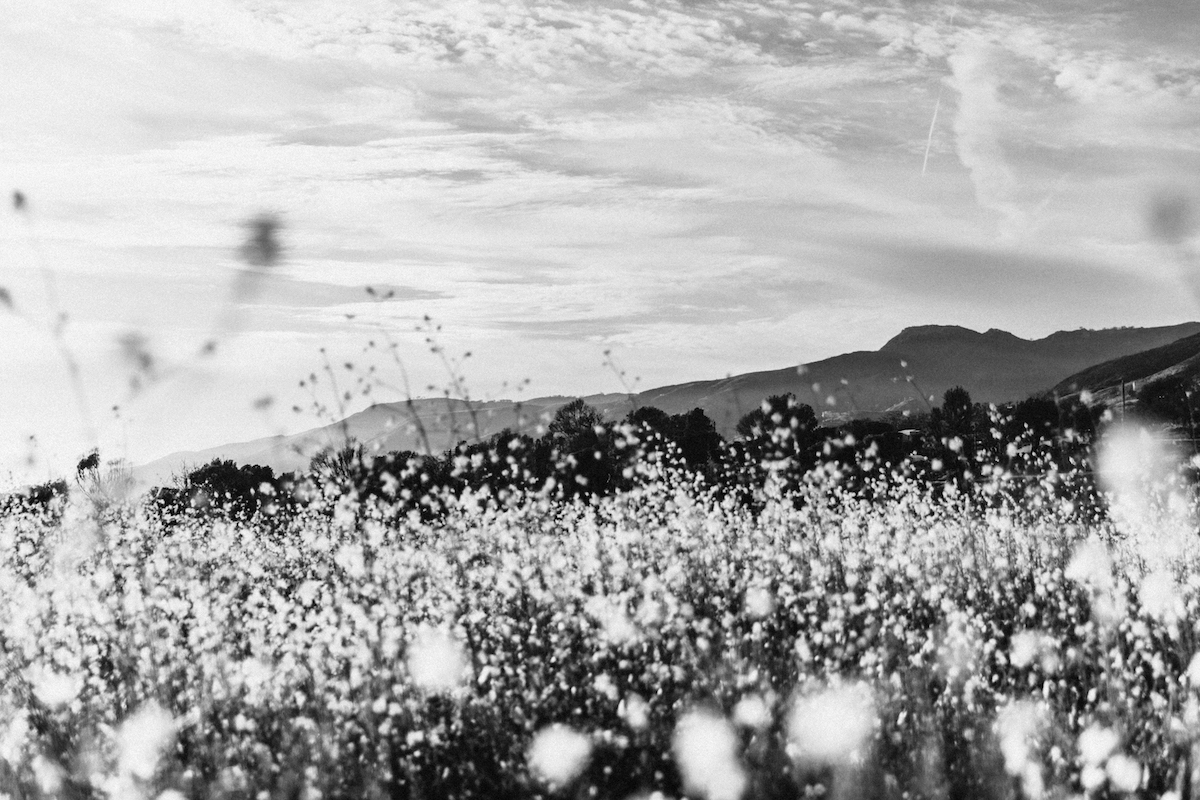 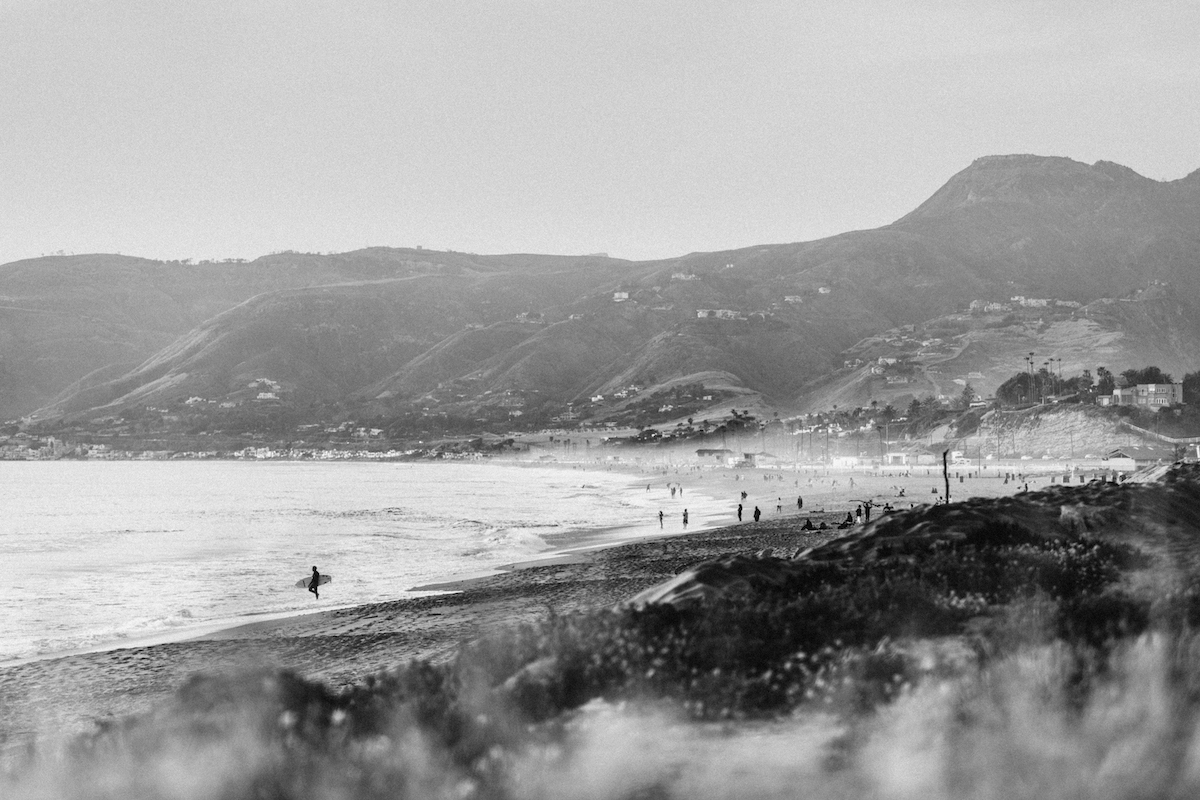 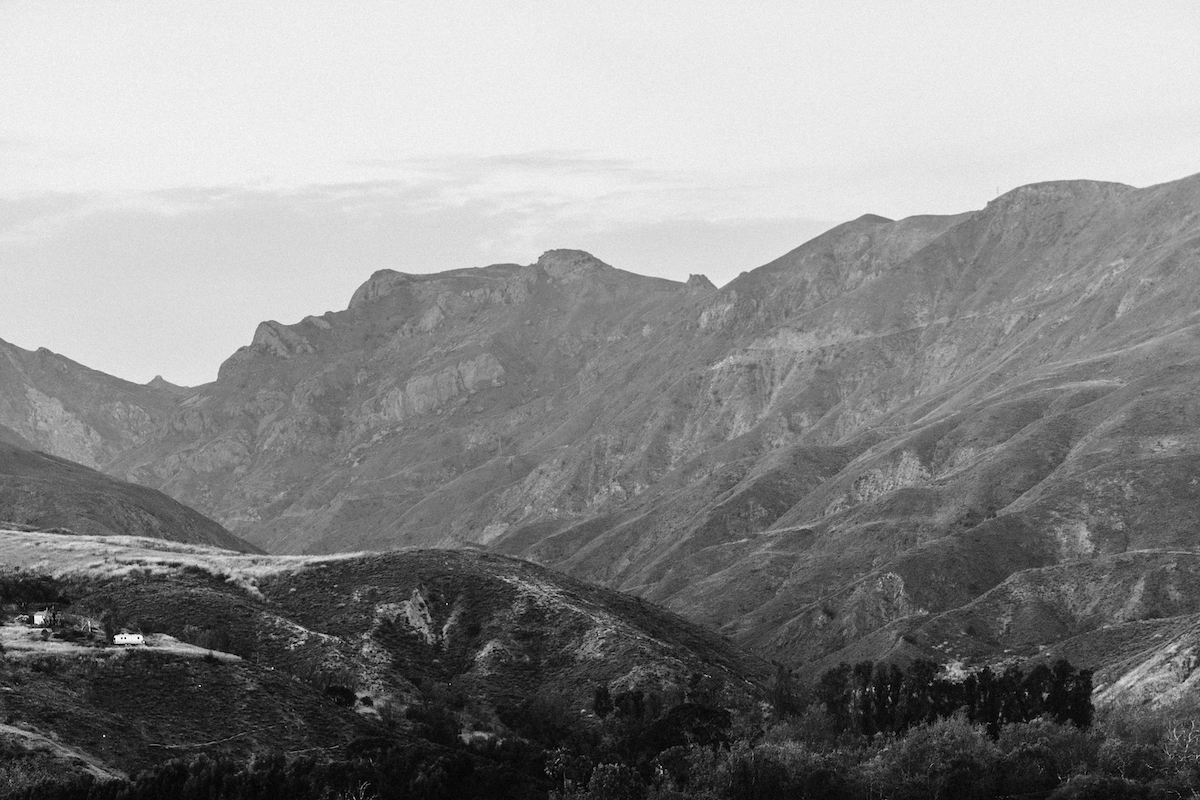 Linkedin
RELATED ARTICLES
OTHER ARTICLES
With inflation now at a 40-year-high of 9 per cent, demonstrations organised by TUC took place to demand action from the government.
Photographer David Hoffman recalls documenting the extreme wealth inequality around Tower Hamlets and Hackney int the 1980s.
Freddie Miller’s new series of photographs investigates who today’s trainspotters are and what drives their unfettered enthusiasm.
In her new book, the author explores the country’s housing crisis in human terms and calls for radical action to address a broken system.
In the latest instalment of Photographers in Conversation, the chronicler of raves, protests and beyond explains why he’s drawn to such specifically visceral environments.
Finland-born photographer Sirkka-Liisa Konttinen looks back on her decades-long documentation of life in Northern England.